Shonen Jump recently shared a panel from Death Note: Special One-Shot that was released back on February 3, 2020.

Along with the panel they asked, “Think this will happen to Biden? #DeathNote” 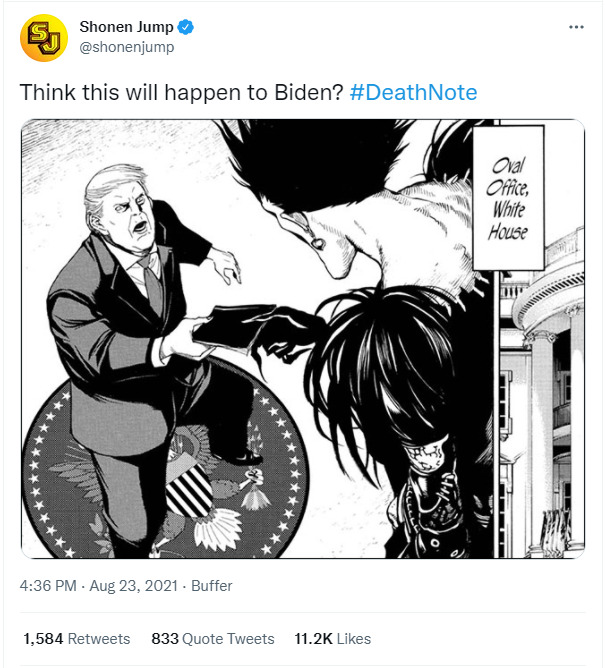 In Death Note: Special One-Shot by Tsugumi Ohba and Takeshi Obata the Shinigami Ryuk gives the Death Note that once belonged to Light Yagami to middle school student Minoru Tanaka.

If you are unfamiliar with Death Note, the book kills anyone whose name is written in it. However, in order for the book’s power to take effect the writer must have “the person’s face in their mind when writing his/her name.” 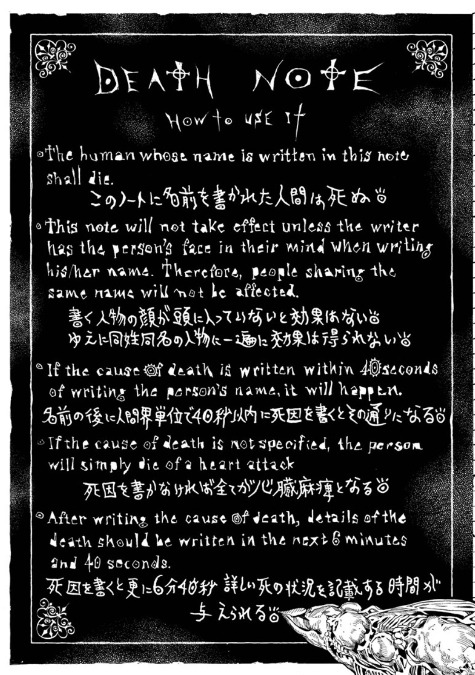 In a bit of a twist, Tanaka returns the Death Note to Ryuk, but instructs him to return in two years time.

After two years, Ryuk returns with the Death Note and hands it back to Tanaka. Tanaka then puts his own plan in to motion which is to sell the Death Note to the highest bidder. 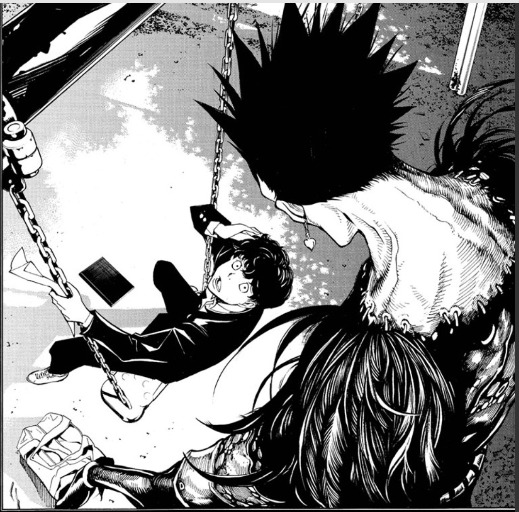 President Donald Trump would counter with an offer of $2 million and a promise to never use it. President Trump would eventually increase his bid to one quadrillion yen or $10 trillion matching the entire debt of Japan. That would be the winning bid. 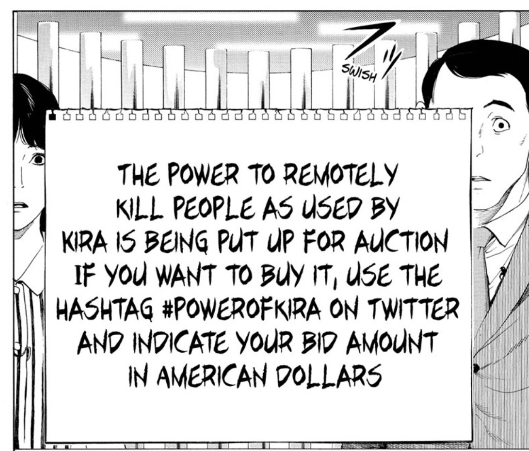 With President Donald Trump winning the bid, Ryuk is instructed to deliver the Death Note to him.

However, upon arriving at the White House, Ryuk informs President Trump that a new rule had been added to the Death Note concerning the selling and buying of it.

Upon hearing this new rule, President Trump refuses to accept the Death Note, but explains to Ryuk that he will claim that he’s received it anyways. 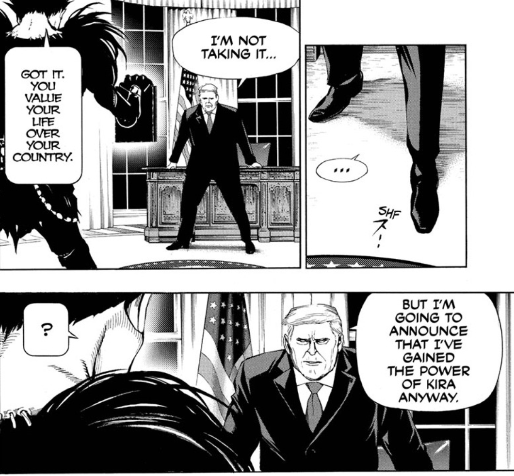 Related: Death Note 2 Writer Greg Russo Promises Movie Will “Go Back To The Source Material” But Will Be “Unexpected”

Given the story of the Death Note Special One-Shot, Shonen Jump appears to be asking whether or not Joe Biden would actually accept the consequences of the new rule for the Death Note and allowing the book to fall into the possession of someone from his administration or if he will refuse similar to President Donald Trump.

As Shonen Jump noted in a follow-up tweet, you can read the full Death Note Special One-Shot with a subscription to Shonen Jump.

The tweeted, “This is from the legendary Death Note: Special One-Shot. Become a Shonen Jump member and read it and the entire Death Note series. Plus tons of other great SJ manga!” 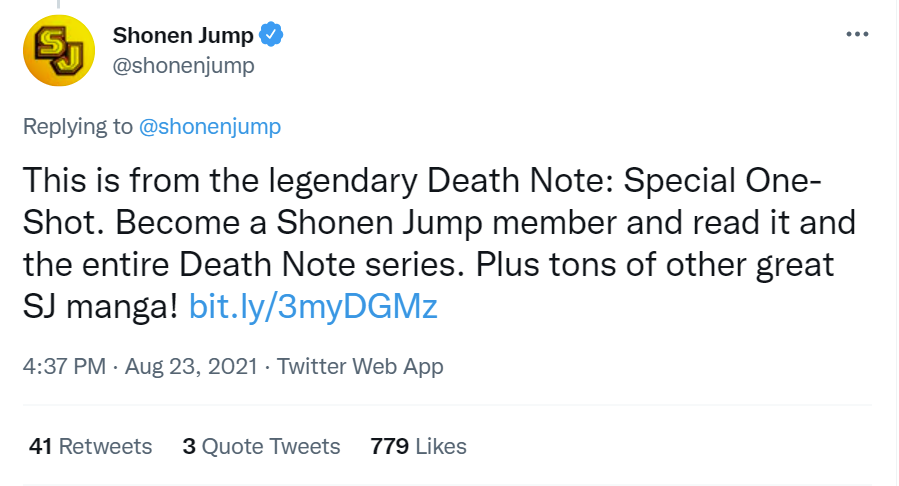 What decision do you think Joe Biden would make?