The film, which is produced by Studio Bones and directed by Kenji Nagasaki, opened in Japan on August 6th and as of August 20th has earned $15.2 million at the Japanese box office according to The-Numbers.

However, a report from Funimation revealed the film has made 2.06 billion yen or $18.7 million setting a record for a My Hero Academia film at the Japanese box office.

The second film, My Hero Academia: Heroes Rising earned $1.79 billion yen or $16.2 million at the Japanese box office according to Funimation. The-Numbers claims it earned $15.1 million in Japan, $13.5 million domestically, and a global total of $30 million. 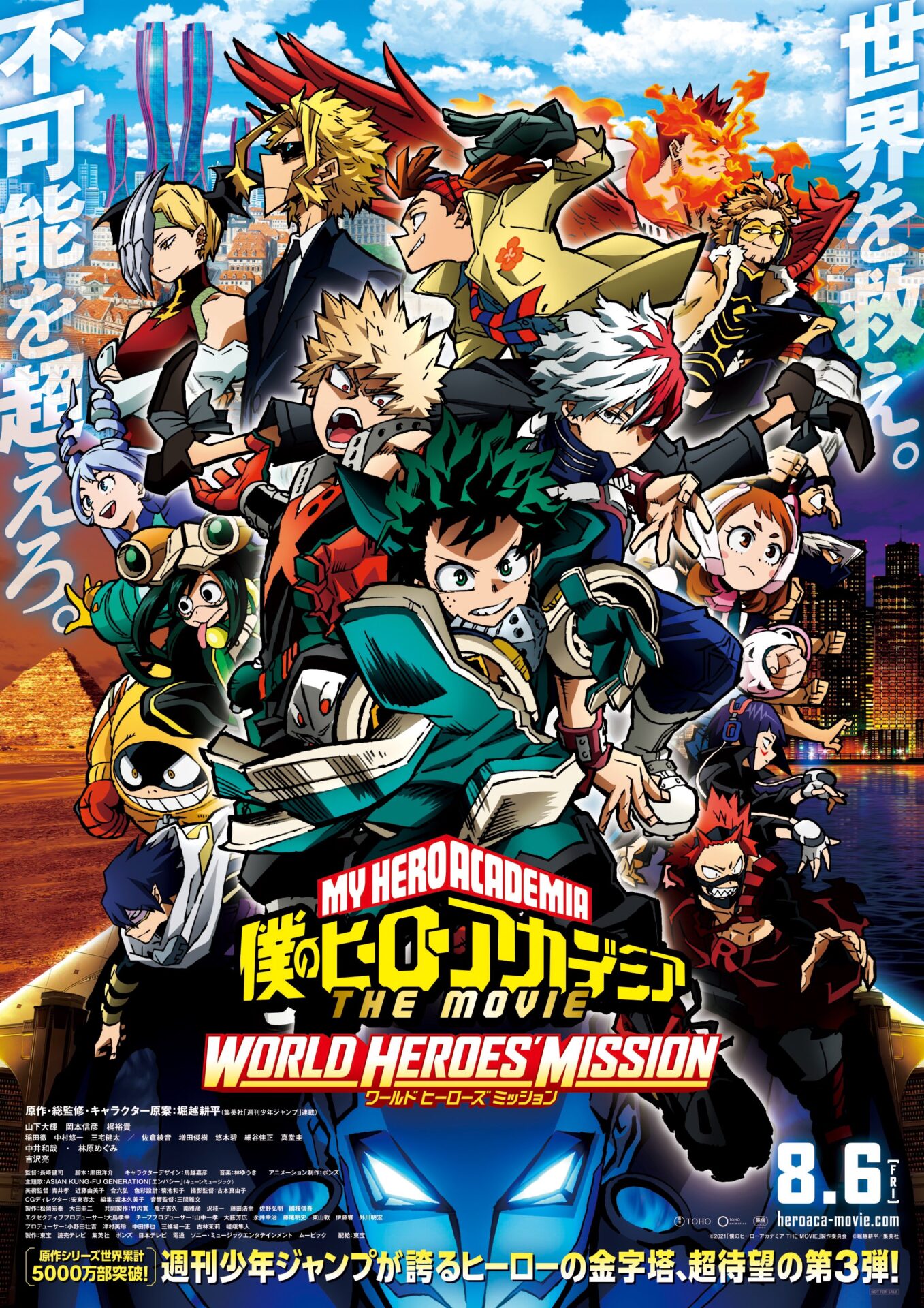 To announce the theatrical release date in America, Funimation shared a new trailer for the film. Take a look.

The official description according to Funimation begins, “The film follows the super-powered cast of student heroes, with a focus on Deku, Bakugo and Todoroki, as they work to clear Deku’s name and take down a dastardly organization bent on global havoc. Equipped with some seriously cool stealth suits, can our heroes save the day once again?”

The movie will take place chronologically in Season 5 of the anime as Bakugo, Todoroki, and Deku will still be working under Endeavor as part of a work study program. It will also see the students venture outside of Japan.

You can watch a longer trailer below, although it’s in Japanese.

As for the Stealth Suits, it was revealed back in May that they are original designs by My Hero Academia creator and mangaka Kohei Horikoshi.

Here’s a good look at his designs.

Do you plan on checking out My Hero Academia: World Heroes’ Mission in theaters?