Pop star and former Disney star Olivia Rodrigo found herself facing some backlash on social media after admitting that she grew up thinking only “white girls” became pop stars. 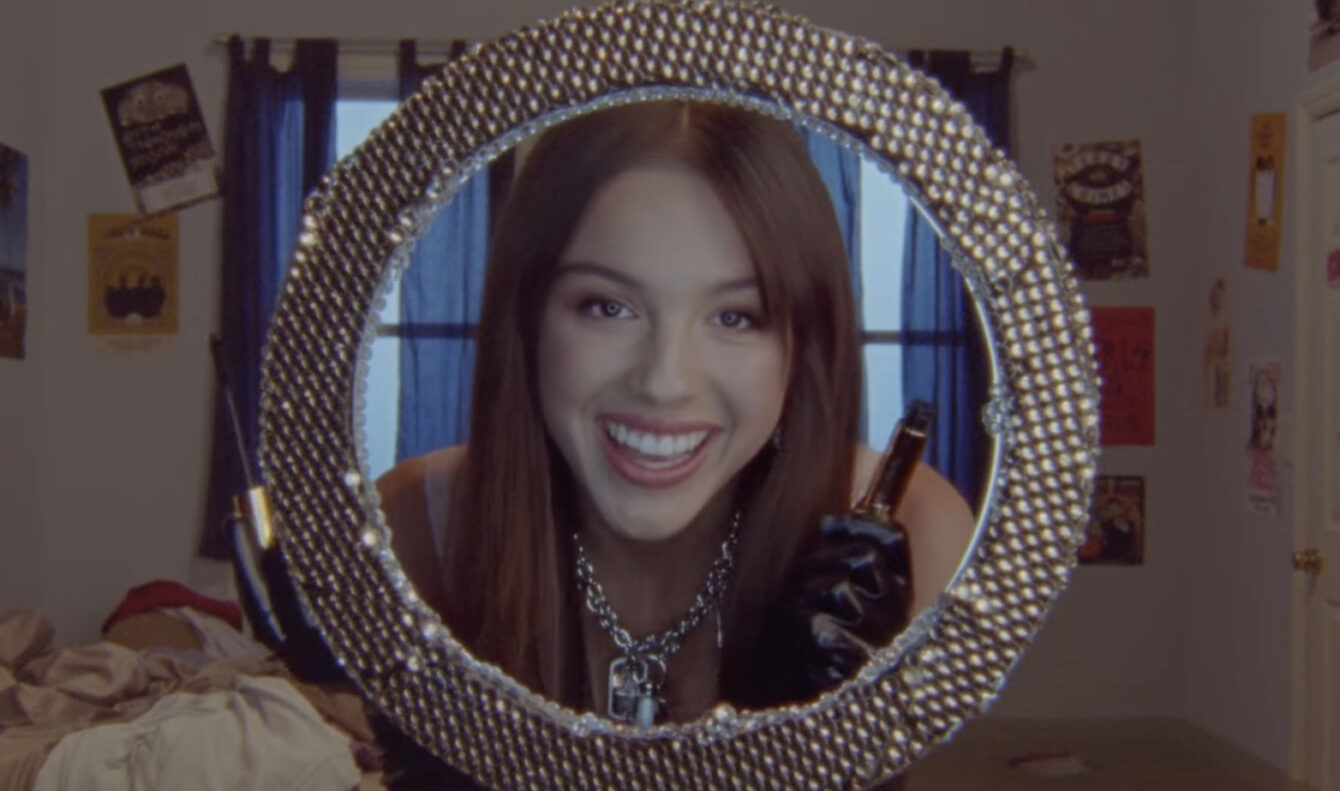 In a relatively recent interview with V Magazine conducted by comedian Bowen Yang, Rodrigo was praised by the Saturday Night Live player for “doing something very radical by just existing as a musician and the way that you are as this Asian artist.”

“I don’t know if that ever factors into the way that you approach your career,” Yang continued, “because if I think about that too much myself, I get overwhelmed. And so I only open that drawer every now and then. How often do you open the drawer?”

In reply, Rodrigo stated, “I think we share a lot in that sort of space, and that’s incredible to think about. I sometimes get DMs from little girls being like, ‘I’ve never seen someone who looked like me in your position.'”

“And I’m literally going to cry. Like just thinking about it,” Rodrigo added. “I feel like I grew up never seeing that. Also it was always like, ‘Pop star,’ that’s a white girl.” 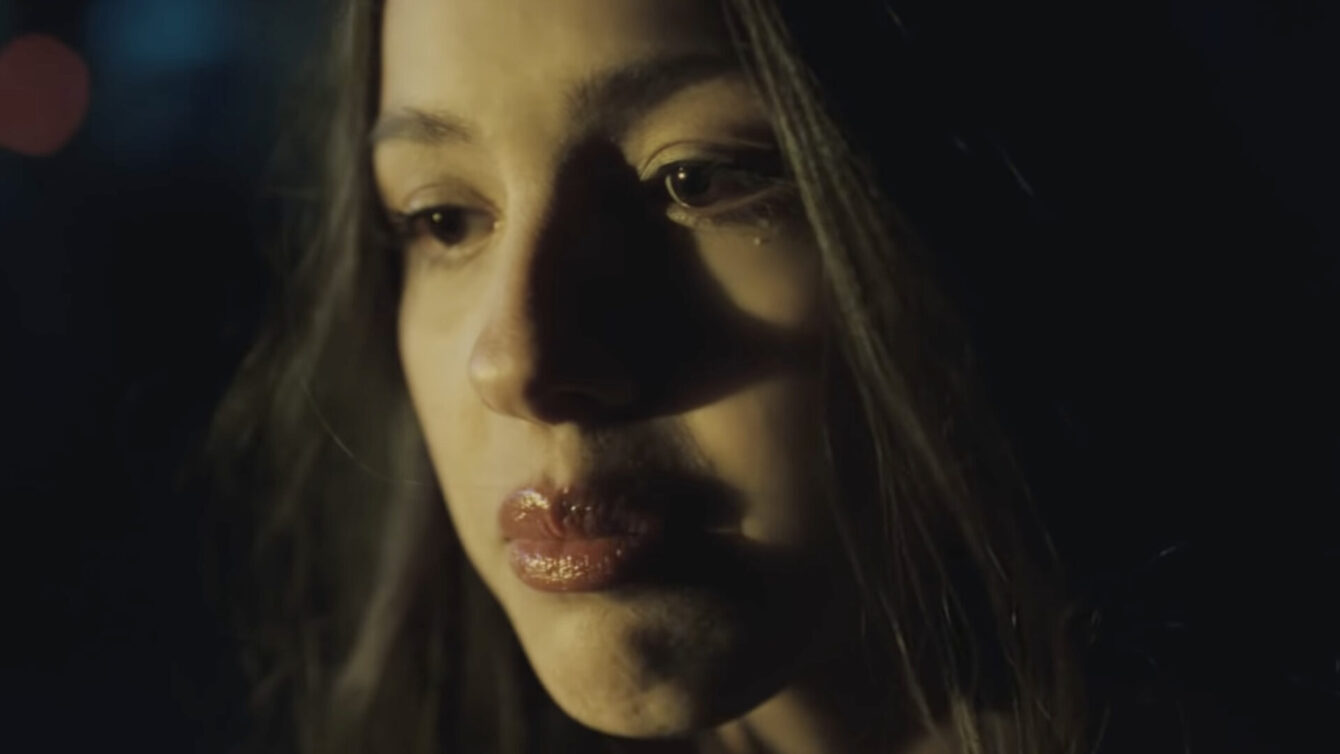 Olivia Rodrigo is of Filipino American background, so, to a certain degree one could sympathise with her sentiment. However, her comments definitely come off as uneducated, especially considering that there are plenty of pop stars who don’t really fall into this “white girl” category, including a number who came well before she was born in 2003.

Social media users were quick to call the former Disney star out for her tone-deaf comments, especially because Rodrigo didn’t elaborate any further during the interview, leaving many to believe that her statement was an afterthought at best. 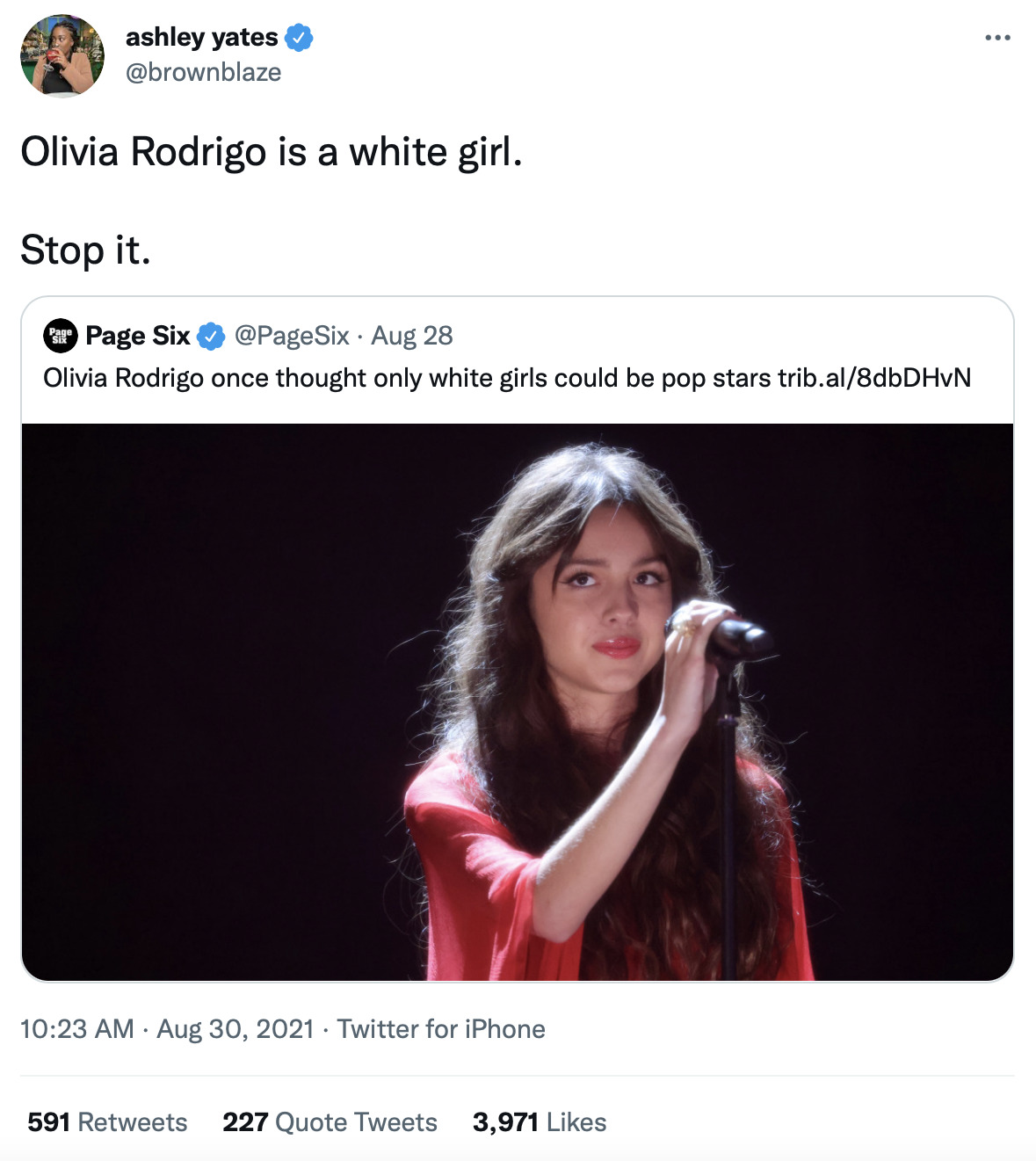 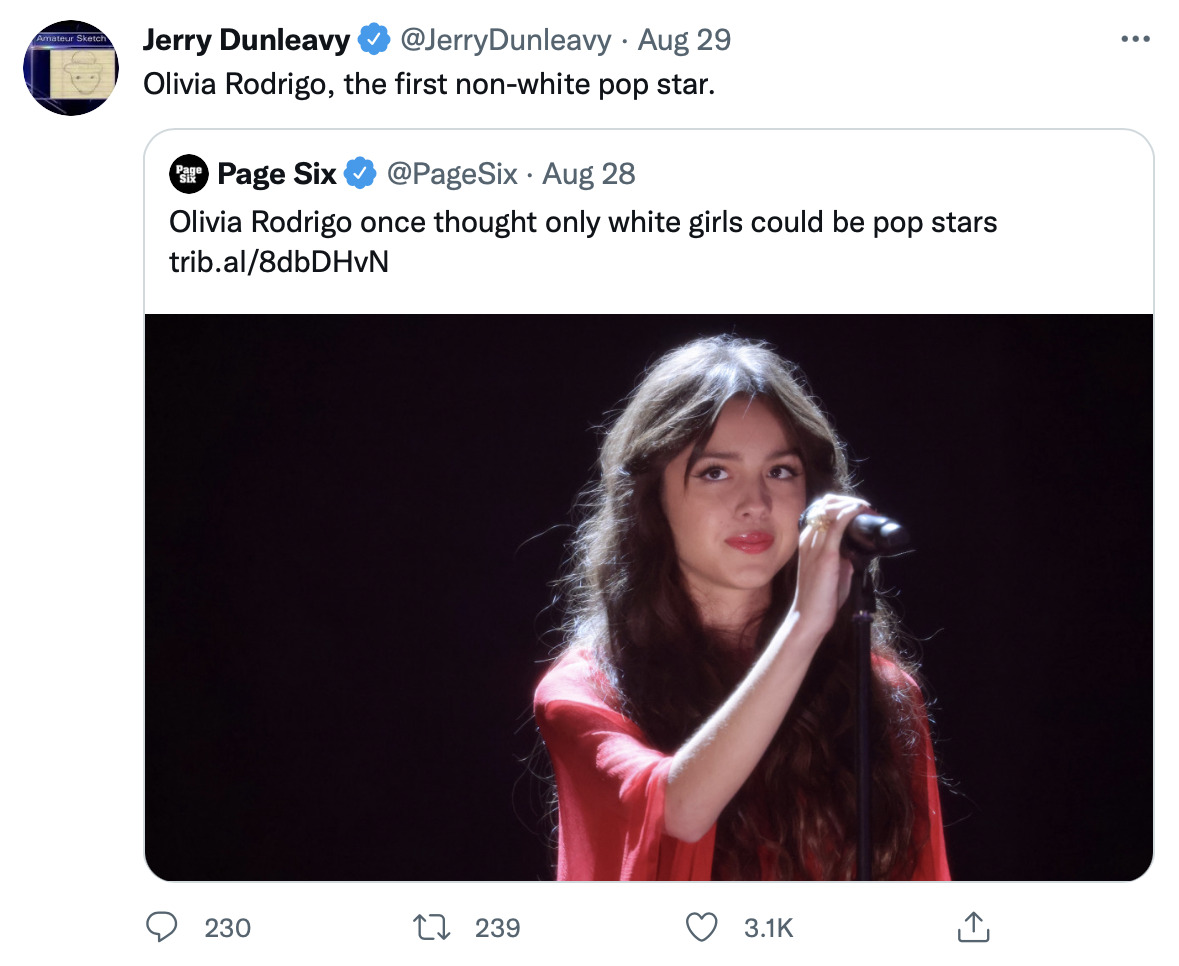 Psychologist Gad Saad provided a short list of Pop stars that are, most definitely, not “white girls”, throwing a wrench into Rodrigo’s previous assumption about the industry’s demographics. 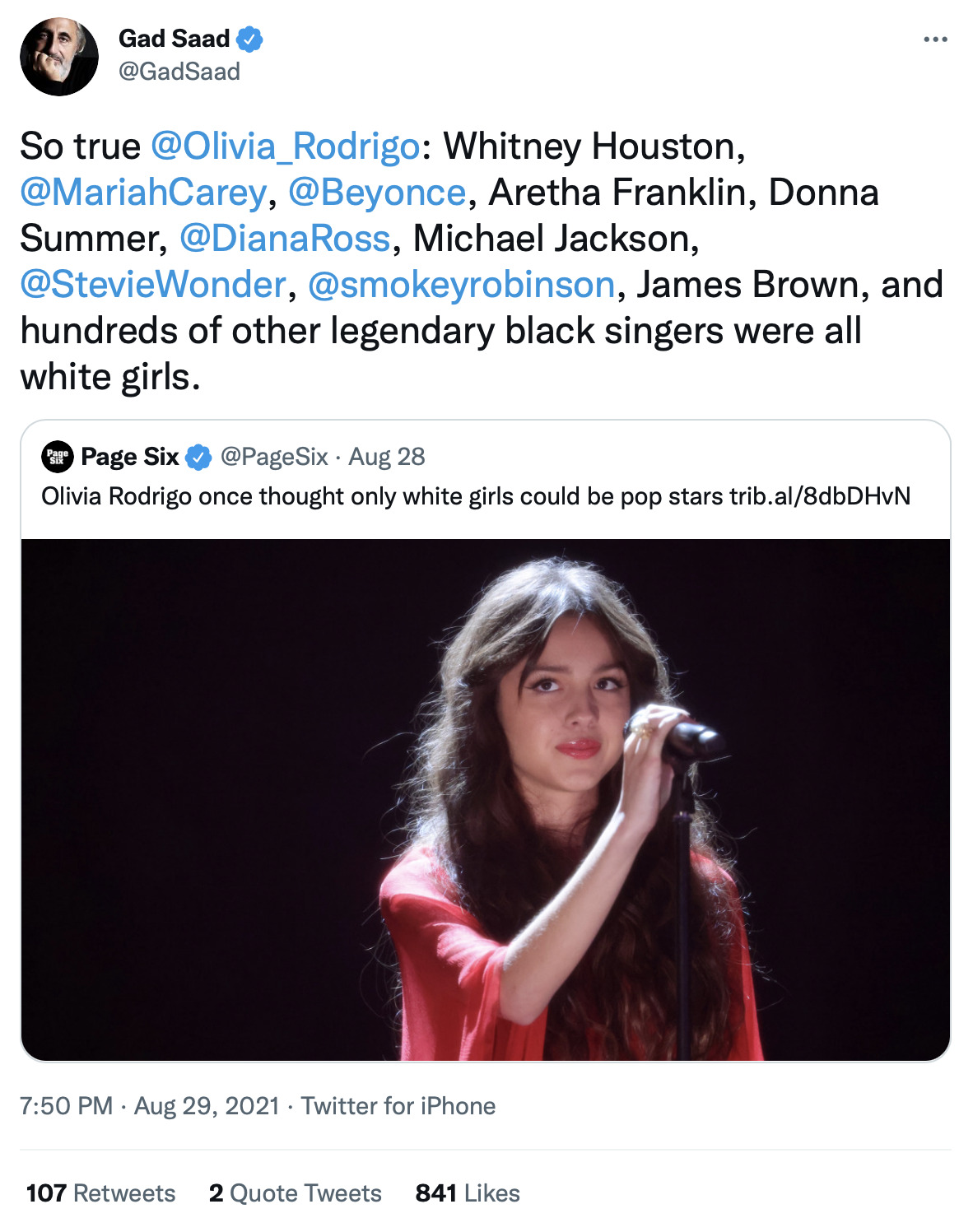 Saad then doubles down, letting the Pop star know that he “never liked the Jackson Five because I did not want to support a pop group made up of five white girls,” whilst also adding, sarcastically, of course, that female singing group The Supremes also didn’t get his support for the same reason. 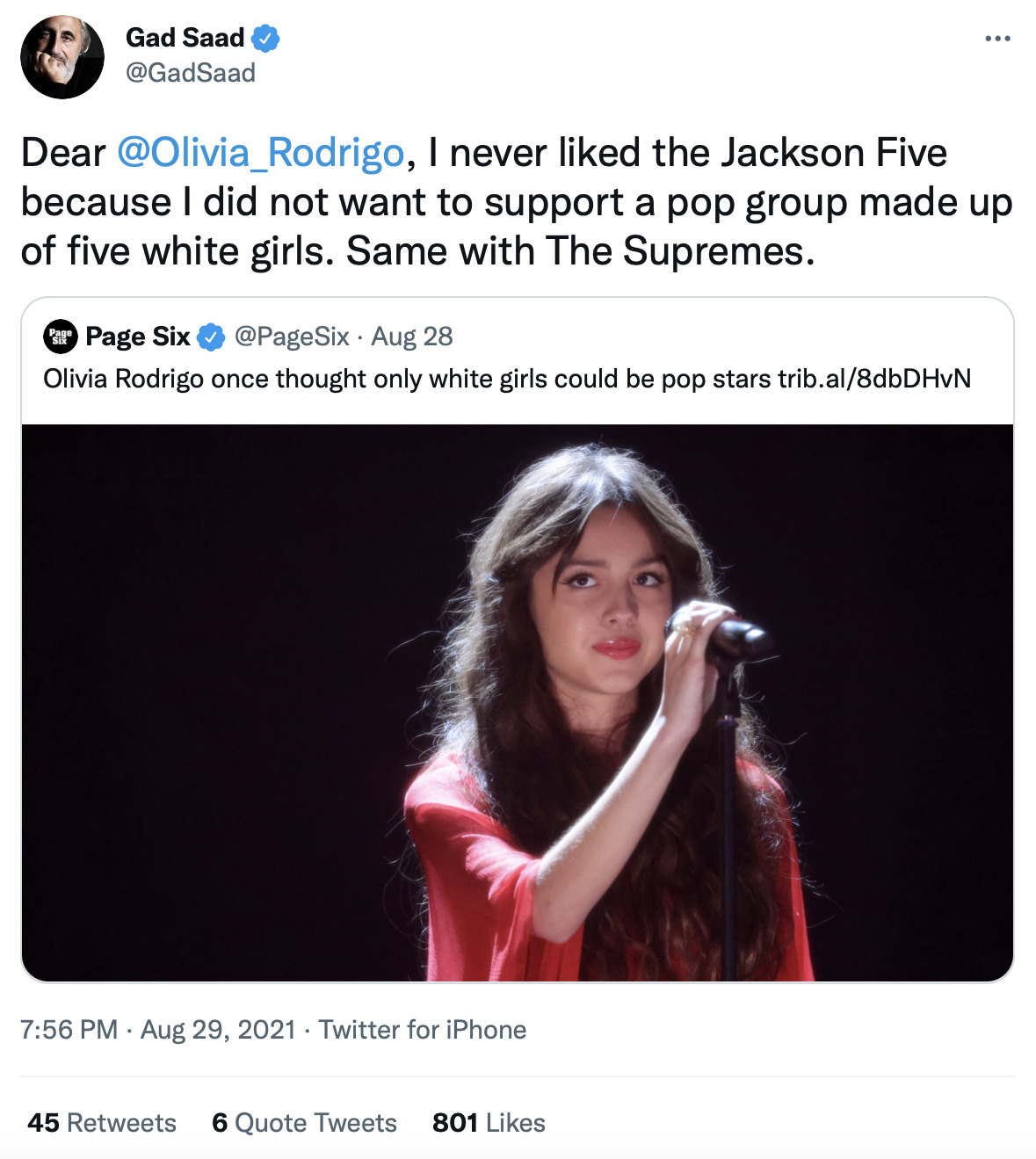 British politician Peter Whittle was also unimpressed by Olivia Rodrigo’s comments, writing, “I think the expression, which she’d probably be familiar with, is ‘Educate yourself,'” before, similar to Gaad, sharing a short list of Pop stars that included renowned artists like Whitney Houston, Diana Ross, Gladys Knight, and Aretha Franklin.

Whittle also asserted that “Ella Fitzgerald, Billie Holiday, [and] Nina Simone” were “some of the greatest voices” of the 20th century. 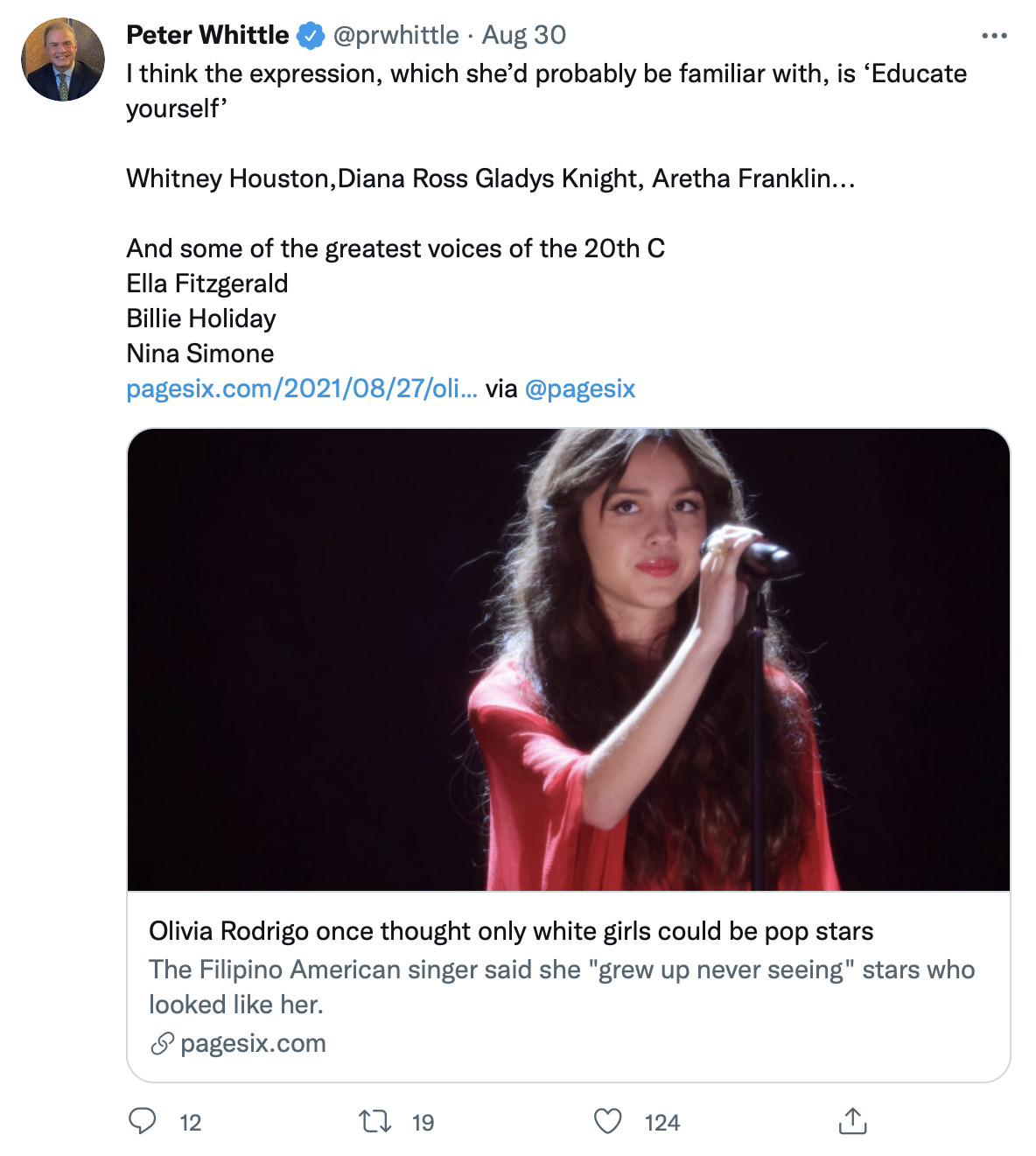 Former English politican Steven Woolfe also felt the need to call out the singer’s uneducated comments, speculating that Rodrigo’s perplexing take on Pop stars could only be attributed to a publicity stunt specifically tailored to boost her career. 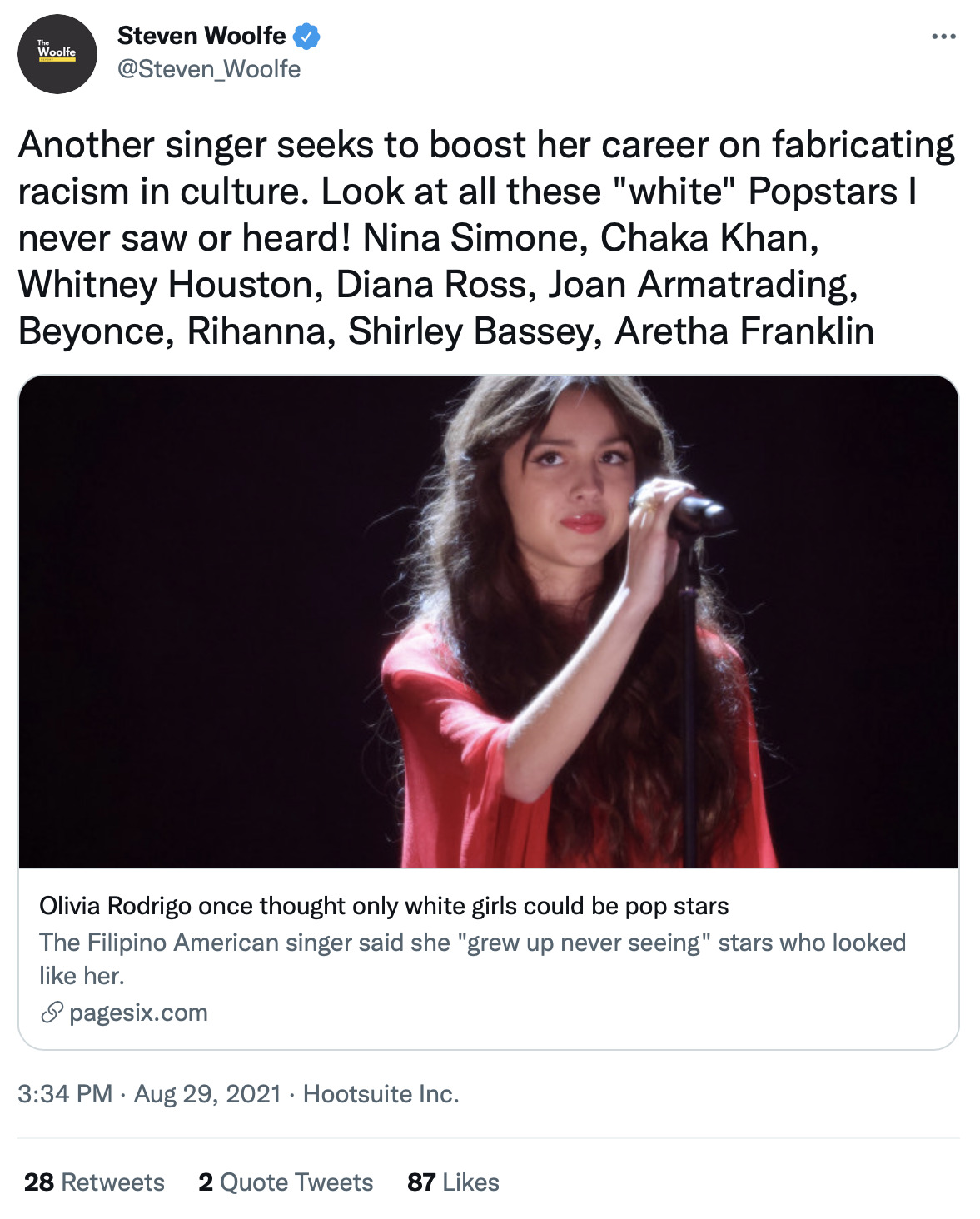 Twitter user @goodblackdude also criticised the singer’s poor choice of words, noting, “Singer Olivia Rodrigo, who worked with the White House to push the COVID-19 ‘vaccine’ on kids, says she never knew pop stars could be anything other than ‘white,'” before pointing out, “Meanwhile, there were NO white artists on the Billboard Top 20 when she became a teenager.” 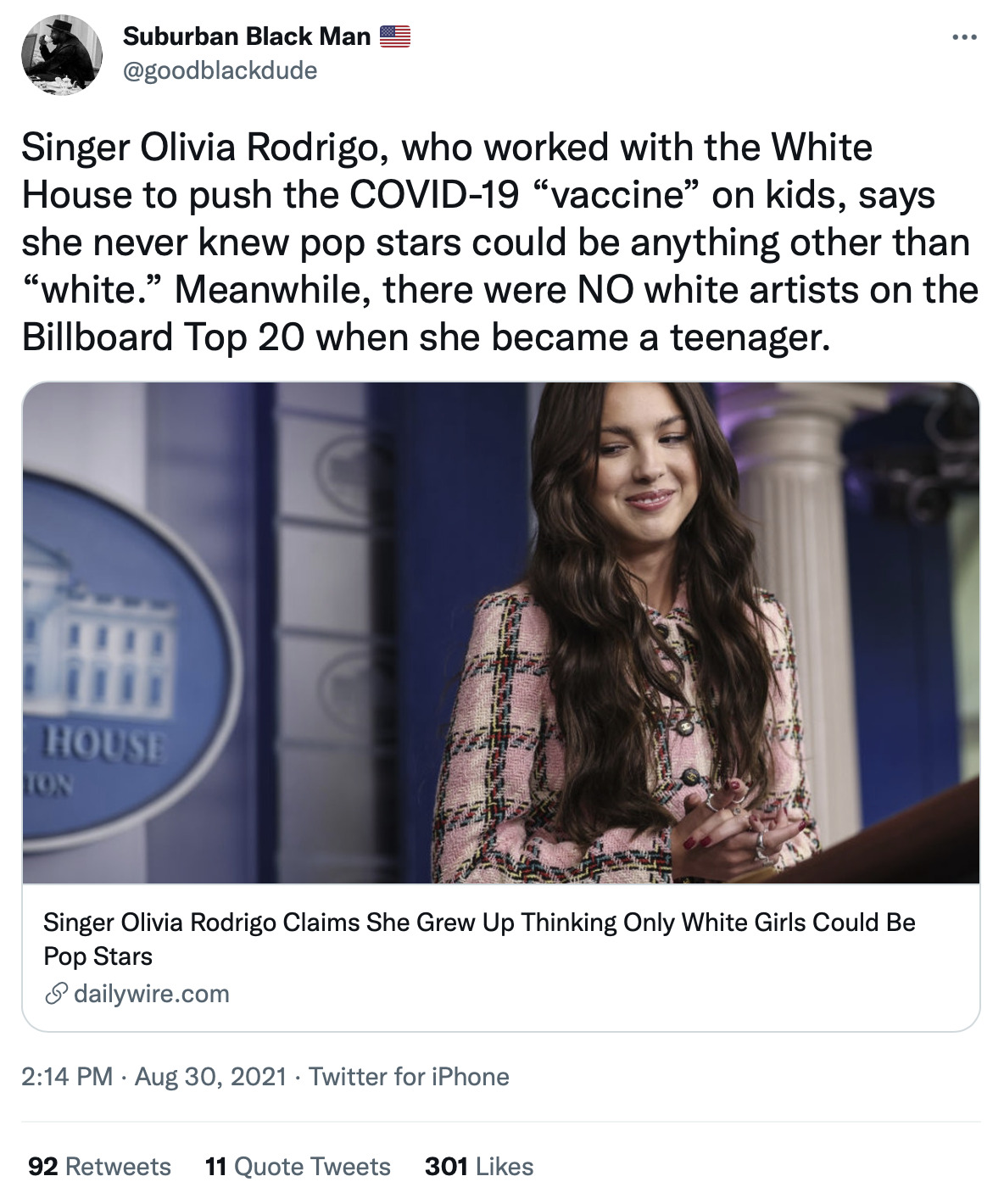 @goodblackdude’s above comment alludes to Olivia Rodrigo’s visit to the White House back in July of this year, in which the Pop star helped the Biden administration push for COVID-19 vaccinations for young people.

“I am beyond honoured and humbled to be here today to help spread the message about the importance of youth vaccination,” said Rodrigo when addressing the press during the event. “I’m in awe of the work President Biden and Dr. Fauci have done, and was happy to help lend my support to this important initiative. It’s important to have conversation with friends and family members, encouraging all communities to get vaccinated.” 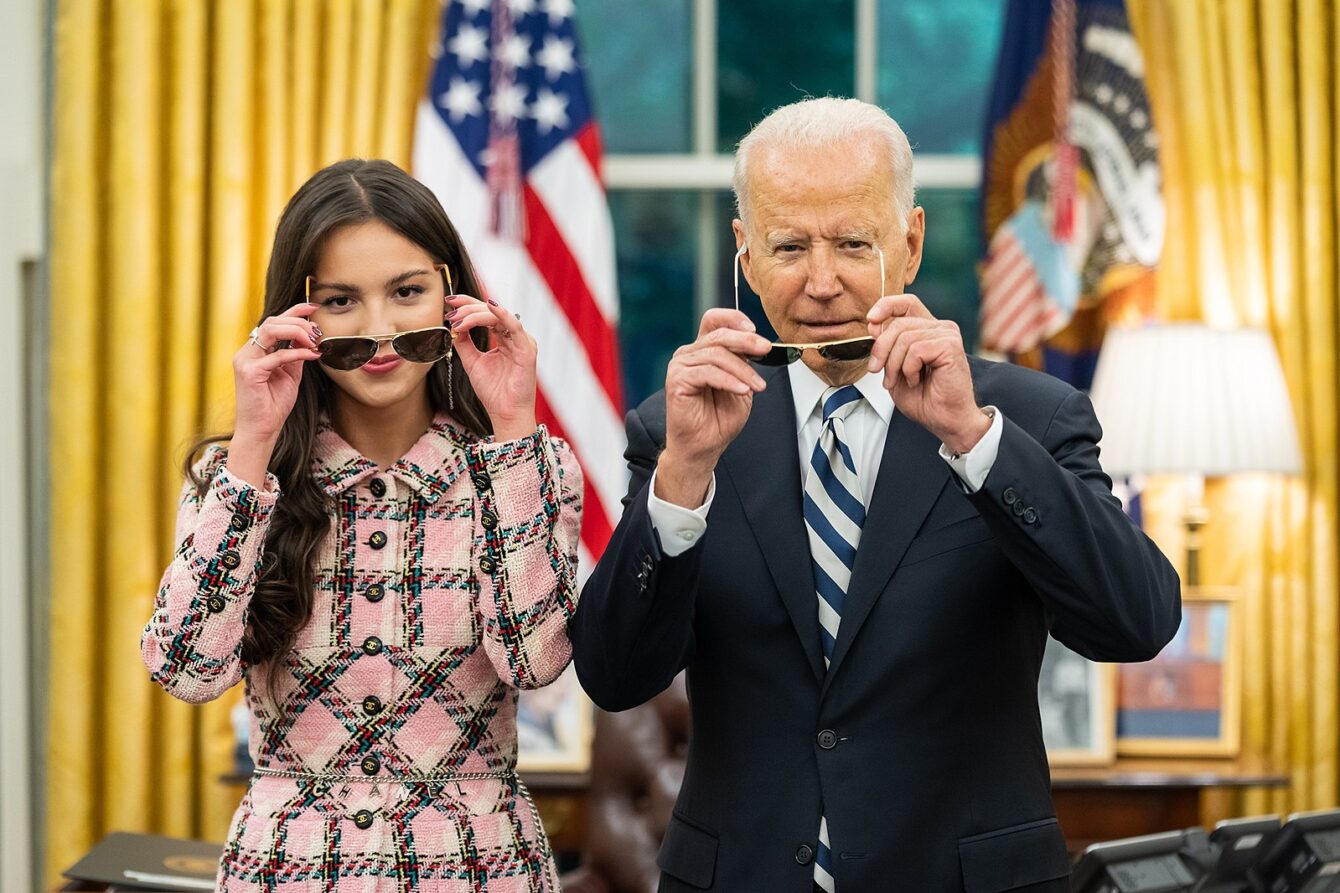 What do you make of Rodrigo’s childhood belief that only “white girls” could be pop stars? Be sure to let us know your thoughts in the comments section down below or on social media.