Thanks to the Texas Heartbeat Act (SB8), which went into effect at 12 a.m. on Wednesday the 1st of September, Texas become the first US state to ban abortion – a fact which has led a number of woke Hollywood celebrities to have public meltdowns.

The bill, recently passed by the Texas legislature and signed into law by Gov. Greg Abbott (R), bans abortions from the moment a fetal heartbeat has been detected, which can occur as early as 6 weeks into a pregnancy. The act also gives private citizens the ability to file a civil lawsuit against abortion providers.

Not only that, but “All of these individuals must pay damages to the person who sued them of at least $10,000 for each illegal abortion that they perform or assist.” 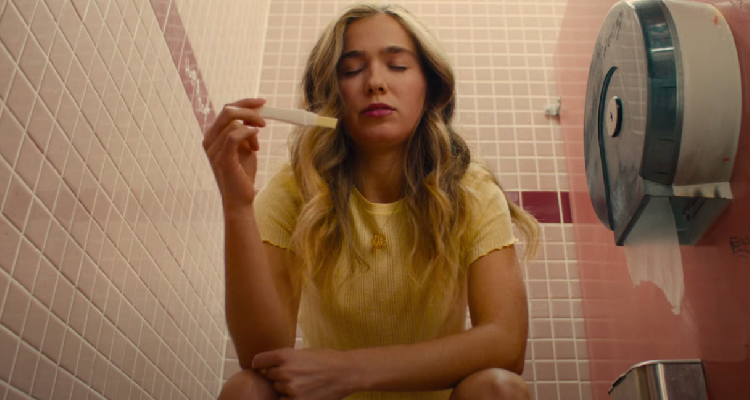 Enter the mob of woke Hollywood elitists, all of whom have lost their minds over the adoption of the Texas Heartbeat Act. Taking to social media, some even went as far as to compare Republican conservatives, whose political support of the act led to its passing, to the Taliban.

“The newest Texas abortion ban, #SB8, gives politicians, neighbors, and even strangers the right to sue those who provide — or just help patients get — abortion after 6wks,” wrote notorious left-wing activist Alyssa Milano, adding, “The time to fight for our #BansOffOurBodies.” 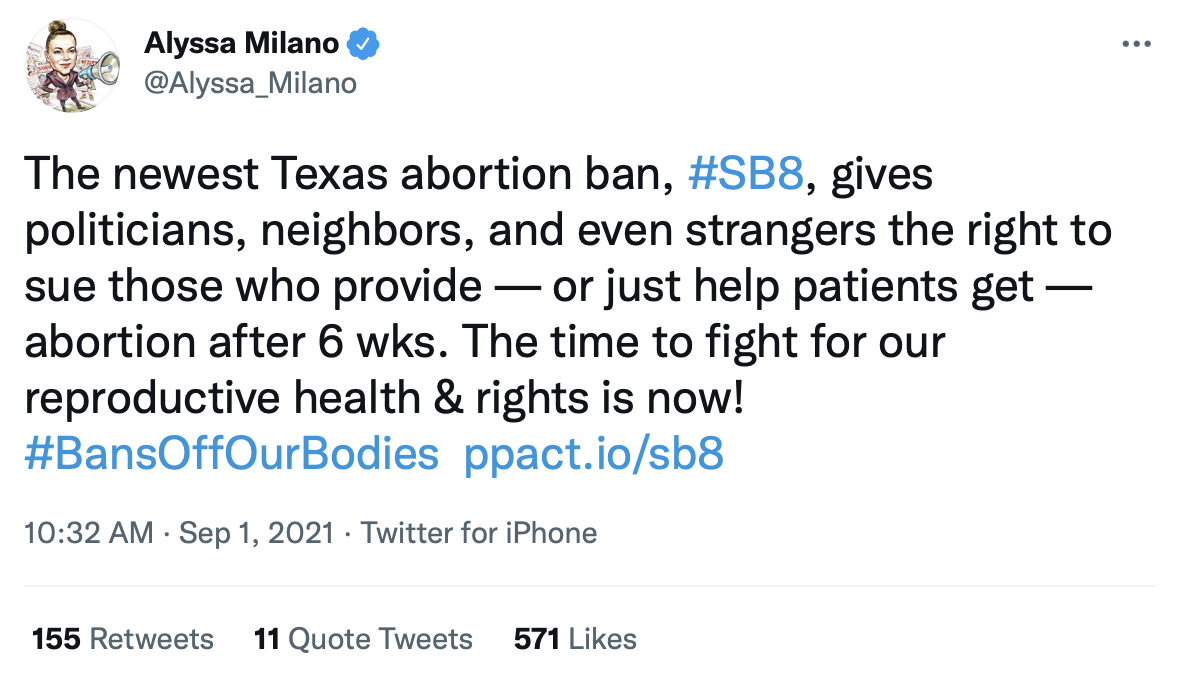 Veep and Seinfeld actress Julia Louis-Dreyfus took the opportunity to promote the John R. Lewis Voting Rights Advancement Act(H.R.4.), an act which could radically change the the electoral system of America by giving the Biden Department Of Justice control over a voter ID law.

“Yet another reason why we must call our senators and demand they pass federal voter rights legislation #HR4,” wrote the actress. “Public pressure (AKA calling your senators!) is vital to move national legislation forward and protect our precious voting rights. Call today!” 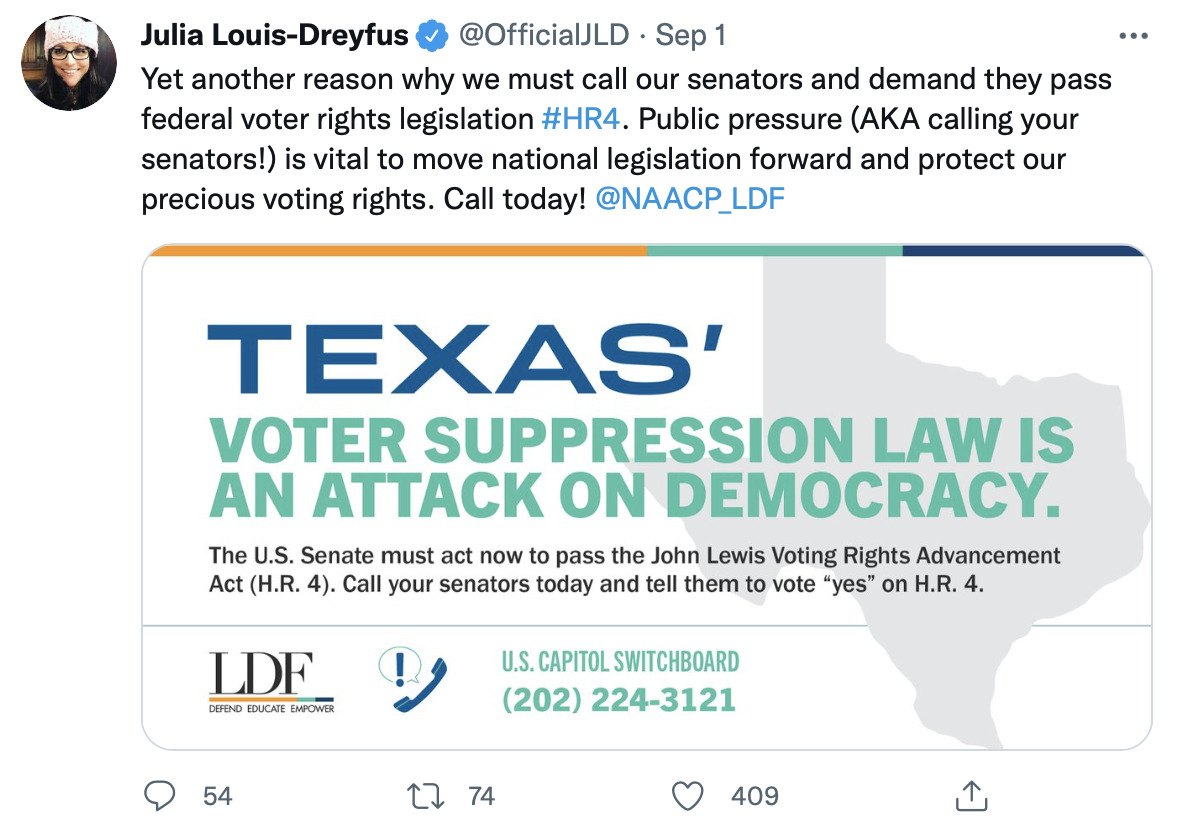 Actor and comedian Michael Rapaport took things even further, comparing the passing of the Texas Heartbeat Act and the state of Texas to the Taliban.

“In Texas it’s My Body My Choice regarding Vaccinations but that doesn’t apply for Women having abortions,” asserted Rapaport. “Rape so what! Incest so what! Texas is on some Taliban sh*t now.” 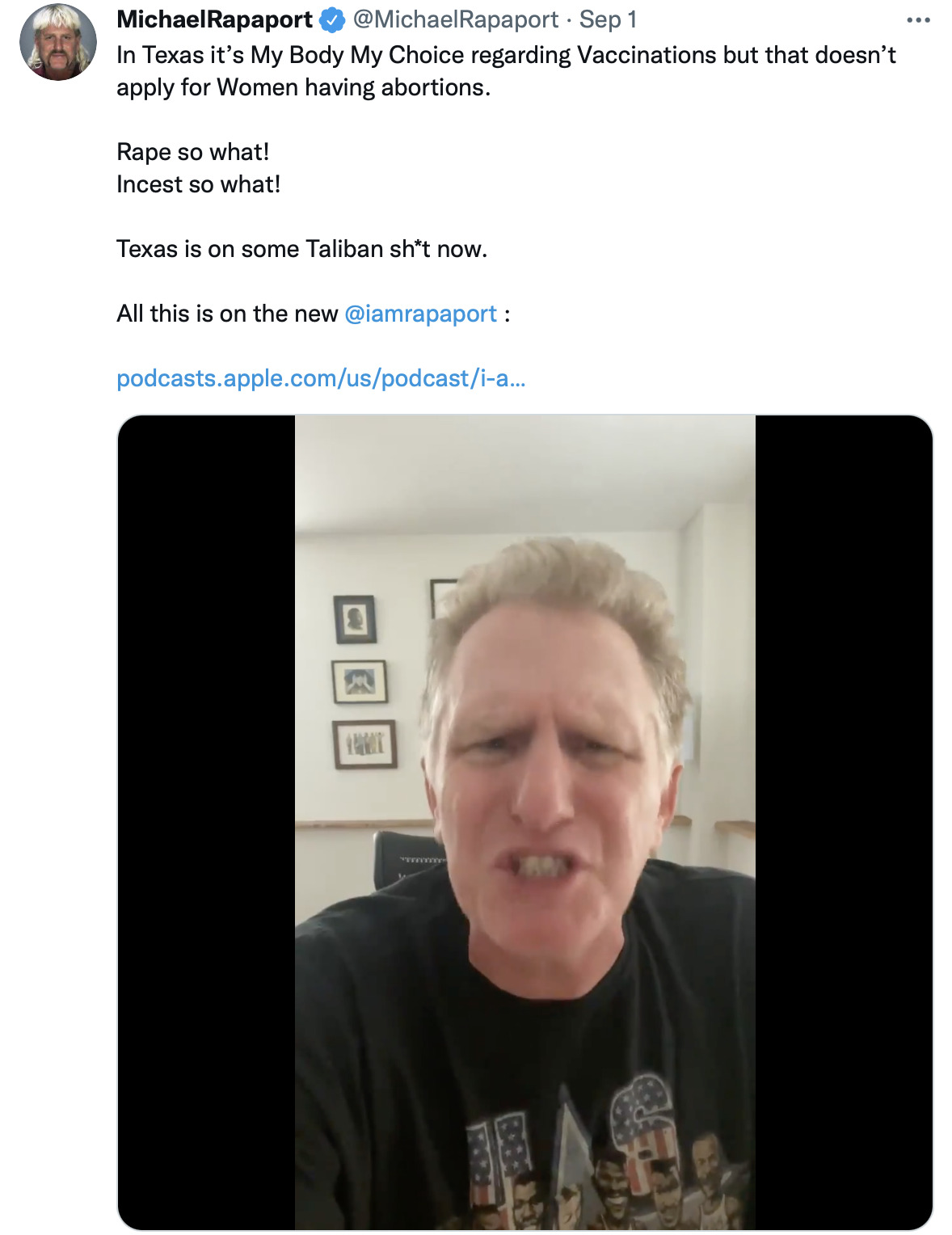 Rosanna Arquette’s sister Patricia, on the other hand, had a little bit more to share, writing, “Texas claims to believe in freedom while demanding oversight of American Womens Uterus’s as property of their state.”

Emmy Rossum shared the exact same message that Alyssa Milano and other woke celebrities have been copy/pasting on their social media, encouraging others to “fight for our reproductive health & rights.”

Similarly, in 2019, the Dragon Ball: Evolution and Shameless actress also supported a call on Hollywood to boycott the state of Georgia over the HB 481 Georgia ‘Living Infants Fairness and Equality (LIFE) Act. 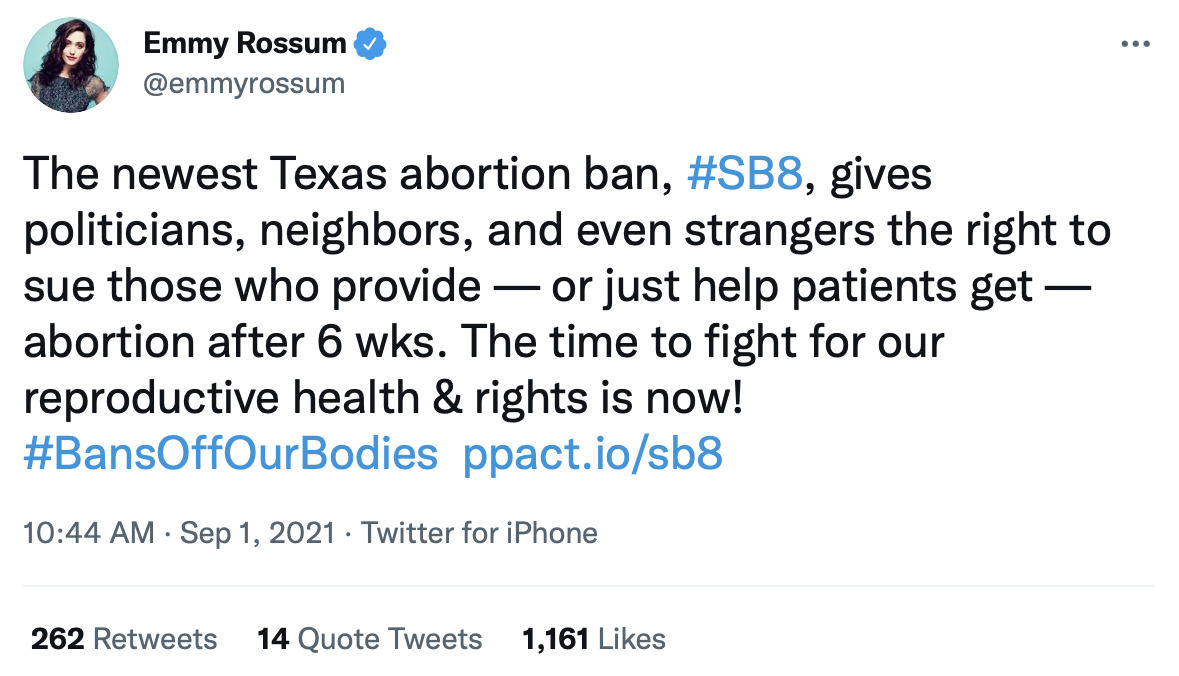 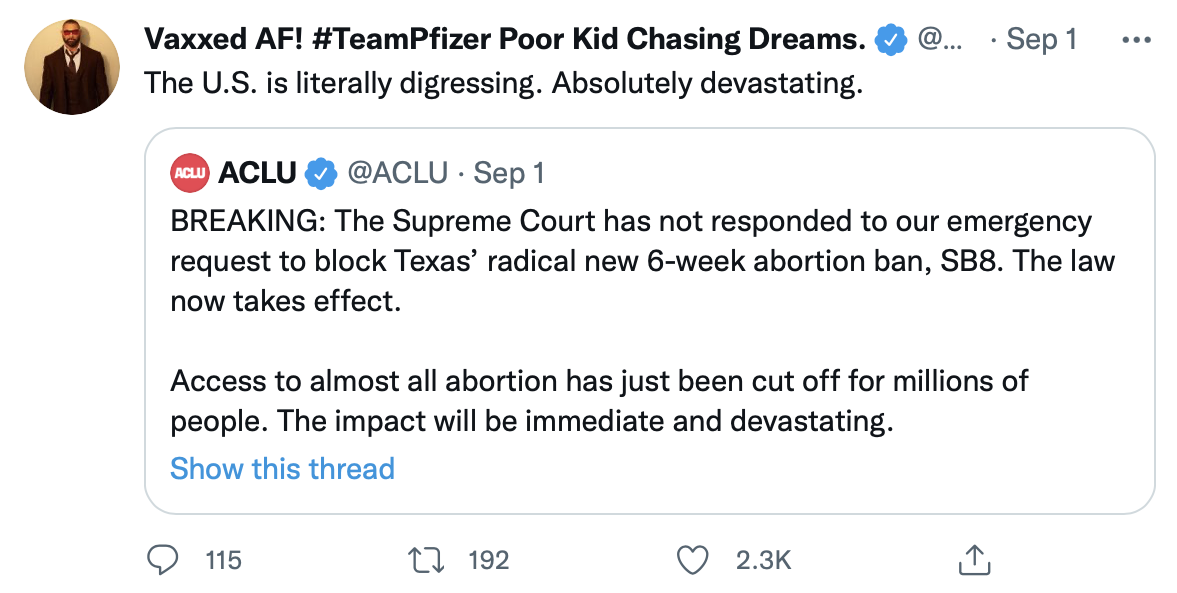 In a follow-up tweet, Bautista shared a quote by White House Press Secretary Jen Psaki, and exclaimed, “I swear to god I love this woman! Jen Psaki is EH VUR REE THING!”

Quoted in reply to Catholic television network EWTN reporter Owen Jensen, who asked, “Why does the President support abortion when his own Catholic faith teaches it is morally wrong?”, Psaki can be read saying, “I know you’ve never faced those choices nor have you ever been pregnant, but for women out there who have faced those choices, this is an incredibly difficult thing.”

“The President believes that right should be respected,” she concluded. 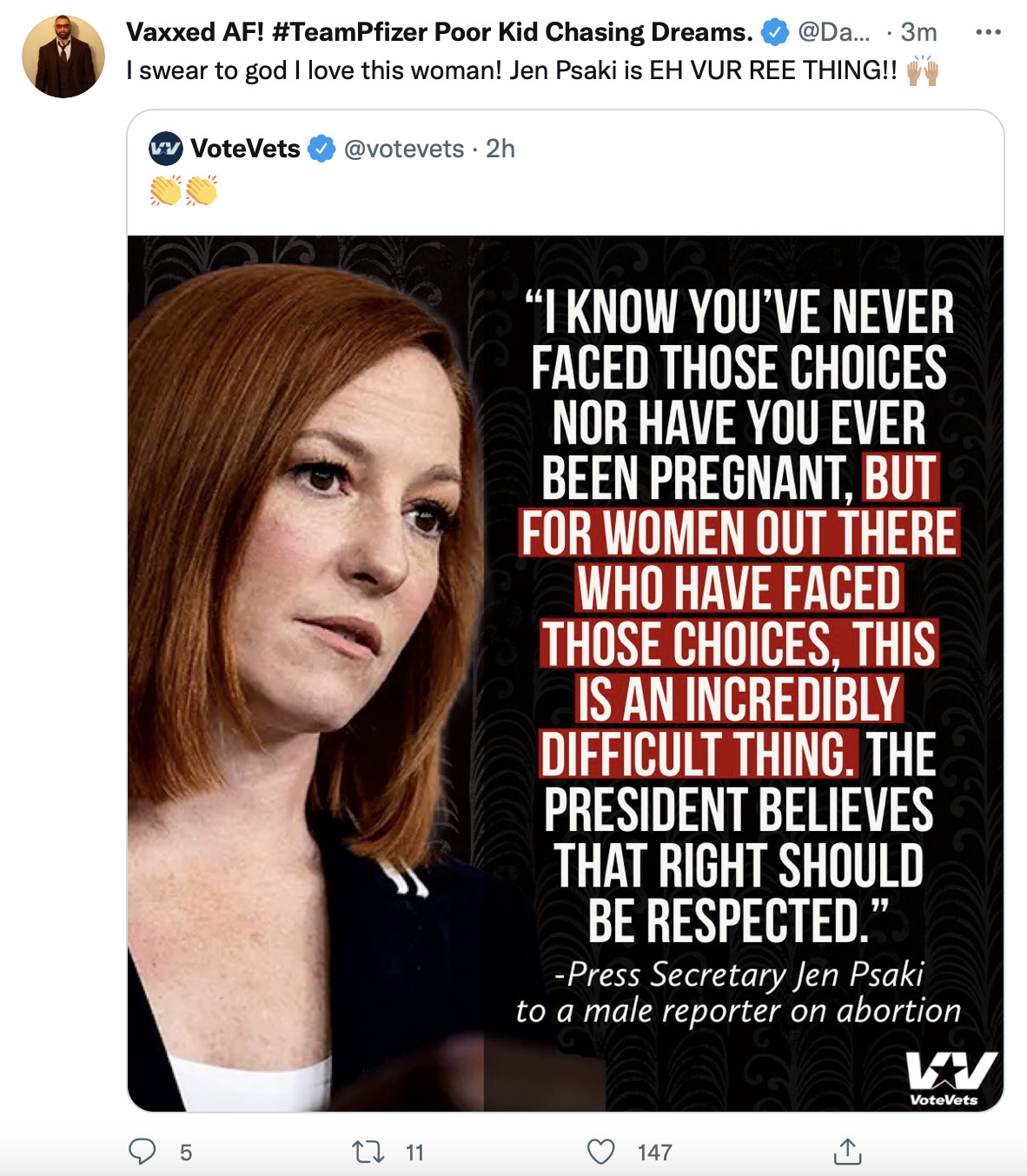 Interestingly, Psaki’s response negates the Democratic Party’s own belief that men can become pregnant, which is rather surprising, as the White House Press Secretary’s answer manages to come off as fairly pragmatic instead of relying on their characteristically woke idealism.

“Moving to Texas to make a s—t ton of money turning in conflicted pregnant women then taking my $$$ and using it to jump the line in heave also to buy a golden toilet like Trump has,” wrote Cross on Wednesday.

Comedian and actress Chelsea Handler wrote, “Texas will force you to become a mother, unless your fetus is pro Critical Race Theory,” as if implying that the red state would turn a blind eye on abortions if the aborted individuals don’t not share their same views.

Handler’s rather controversial take is coming off a little bit racist, isn’t it?

Doubling  down on her stance, Handler added, “Texas won’t stop a virus from reproducing but they will sue a woman who doesn’t want to— nice work, men,” assuming that only men stand behind the Texas Heartbeat Act.

“How would Republicans in Texas feel if there were a law awarding $10,000 in civil penalties to anyone who successfully reported someone for not getting a vaccine?” wondered Star Trek actor George Takei. “Sounds pretty awful and unconstitutionally invasive, right?” 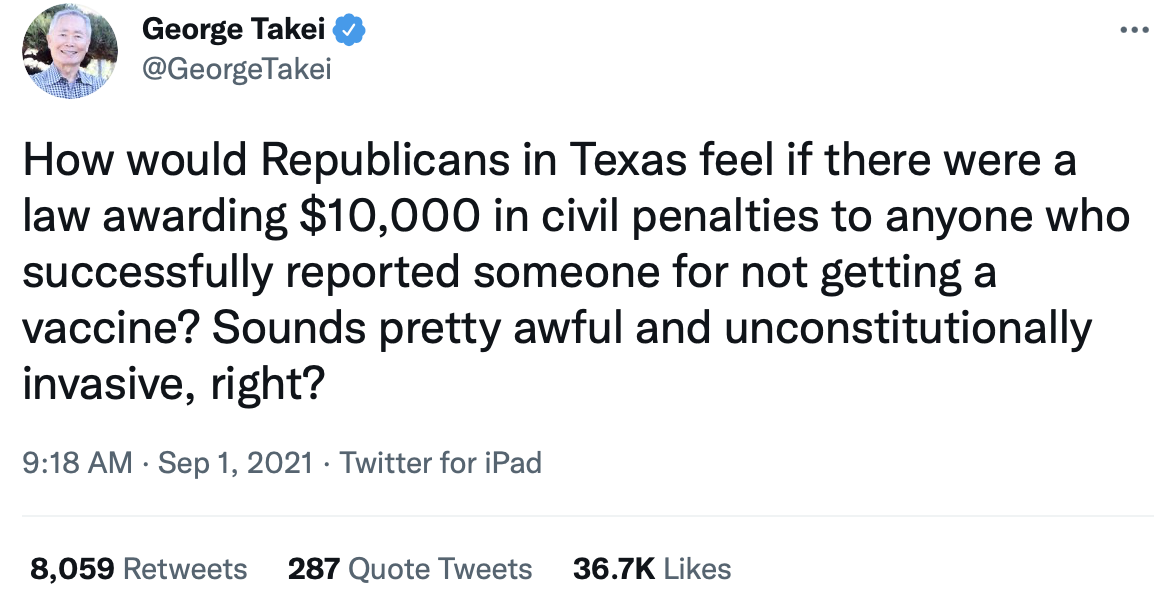 “This should be how every women’s rights and abortion rights groups, organizations, and individuals should all react to this bill, making it impossible to enforce,” said Ruffalo in response to a tweet by the official account for Refugee and Immigrant Center for Education and Legal Services which literally supported the idea that “Some laws are meant to be broken.”

“Mass civil disobedience is in order,” he ultimately declared. 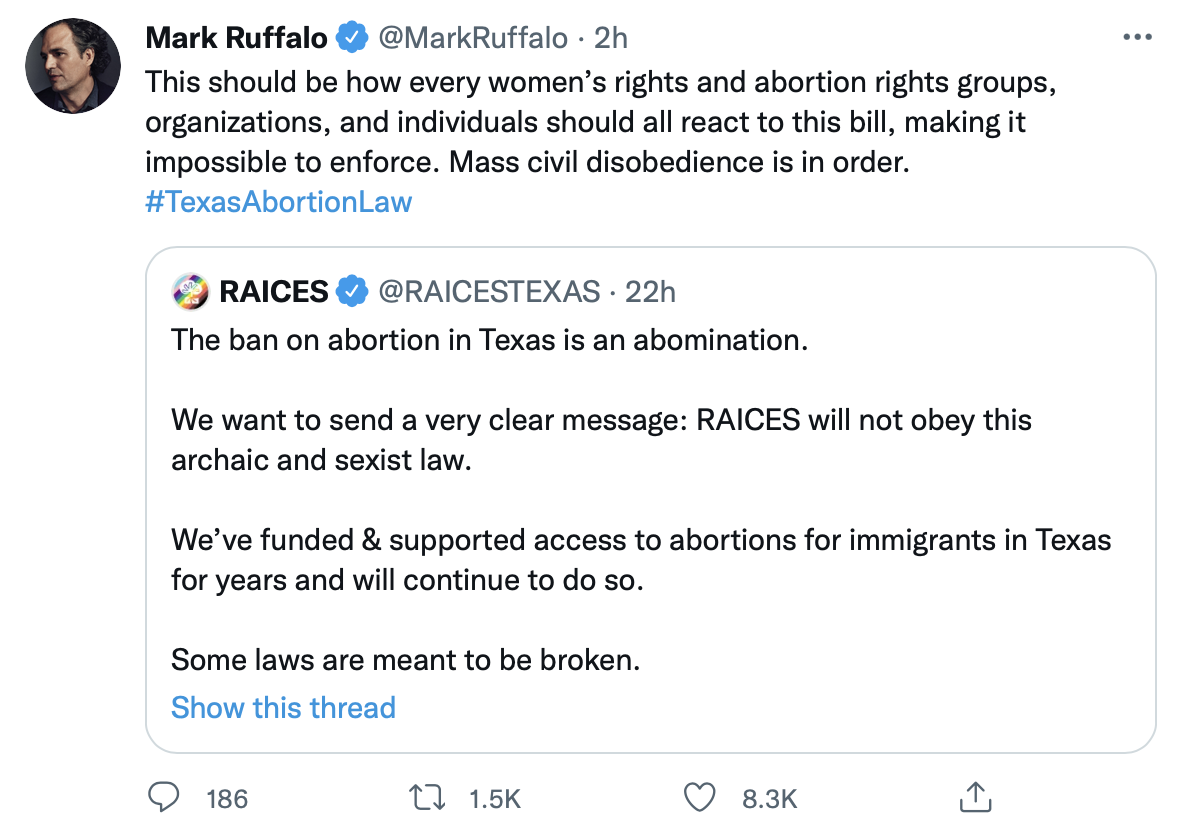 Actor and comedian Andy Richter went as far as recommending a website that facilitates the obtention of abortion pills.

“Here’s a website for an org that is an information source for obtaining abortion pills,” wrote Richter, encouraging his followers to “Bookmark and share” the link he provided. 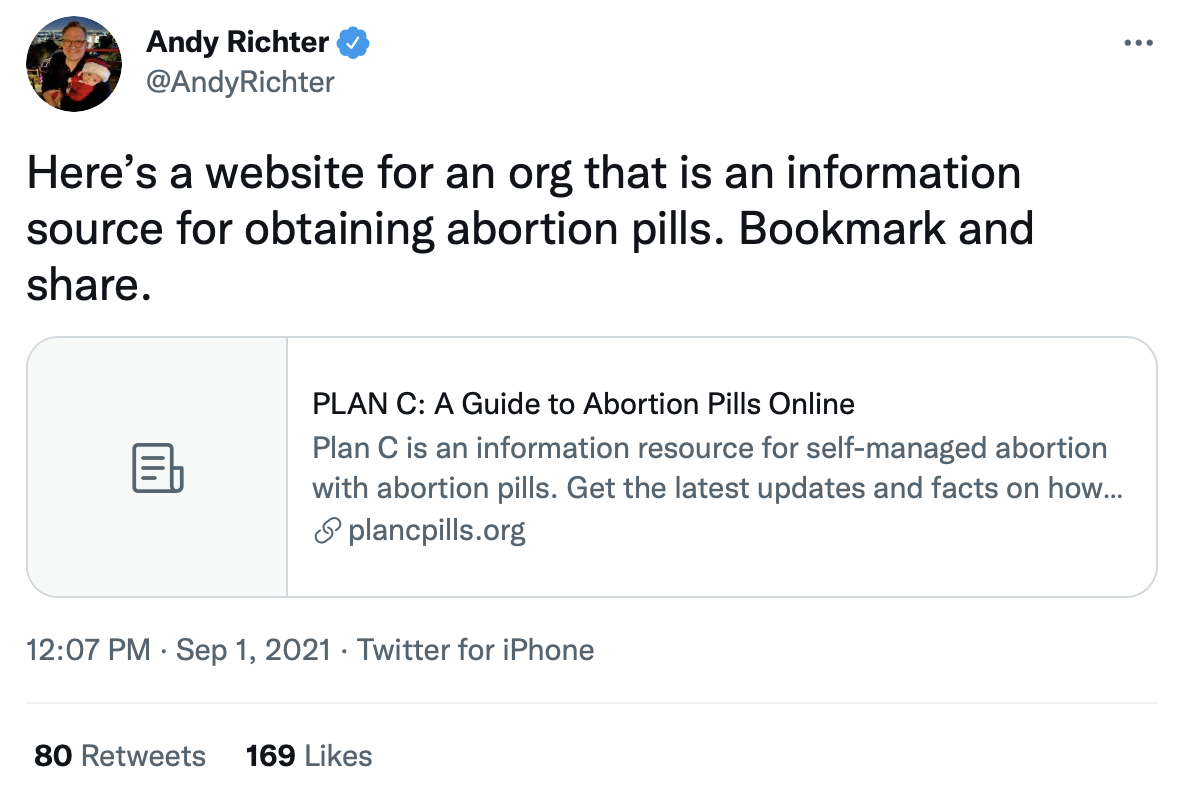 What do you make of the reactions these woke Hollywood celebrities have had in response to the passing of the Texas Heartbeat Act? Be sure to let us know your thoughts in the comments section down below or on social media.