In what can only be described as a bizarre attempt to garner attention (and a few extra sales), Evil Hat Productions recently chose to market their newly released tabletop RPG, Thirsty Sword Lesbians, by decrying an imagined group of critics and asserting, “If you don’t like our politics, don’t buy our games.” 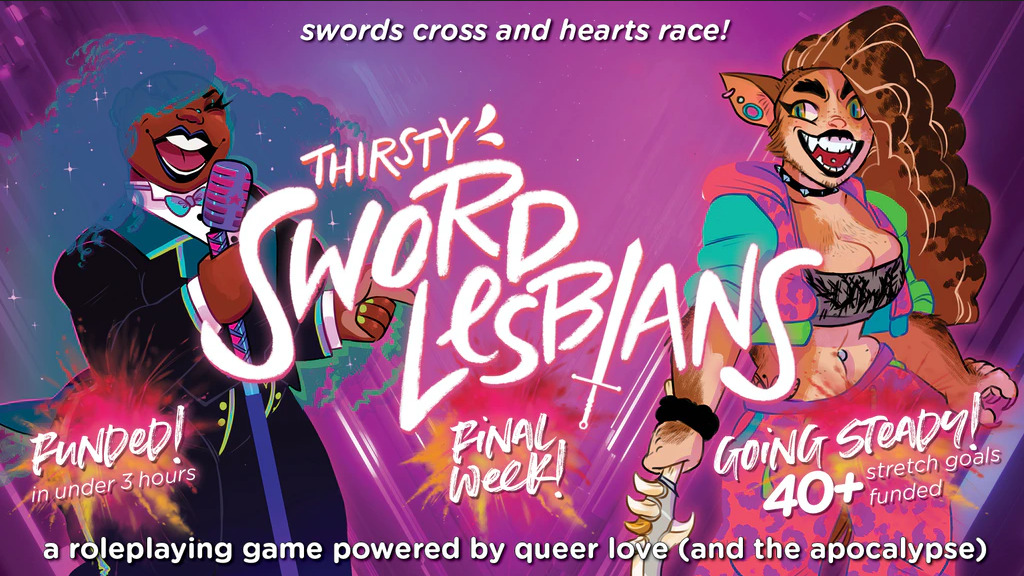 Released on June 7th following a resoundingly successful Kickstarter campaign, which raised $298,568 USD across 8,152 backers from an initial goal of $19,999 USD, Thirsty Sword Lesbians is described as “a roleplaying game for telling queer stories with friends.”

“If you love angsty disaster lesbians with swords, you have come to the right place,” reads the game’s description on Evil Hat Productions’ official website, which also notes that one of Thirsty Sword Lesbians’ key features is that, “In this book, you’ll find flirting, sword-fighting, and zingers in a system designed for both narrative drama and player safety.” 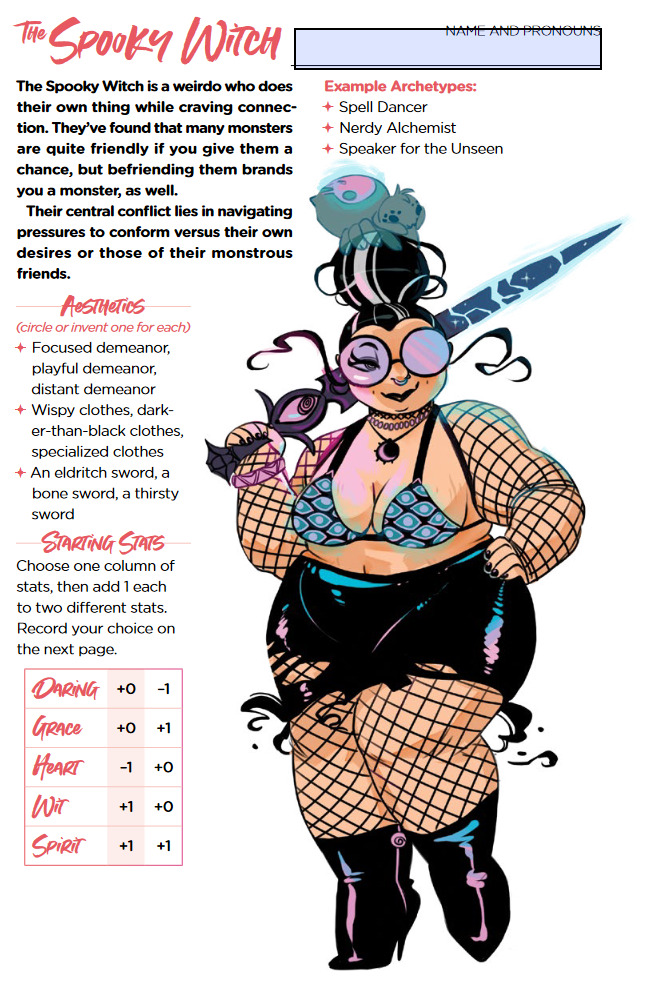 To that end, the two also explicitly declared, “This game is not for fascists, TERFs, or other bigots.”

“The team behind Thirsty Sword Lesbians supports racial liberation, intersectional feminism, and queer liberation,” reads the Kickstarter page. “We love and respect transgender people, nonbinary people, intersex people, and women. This game is a joyous celebration of lives and identities otherwise marginalized. If you don’t agree, fix your heart before sharing a table with other people.” 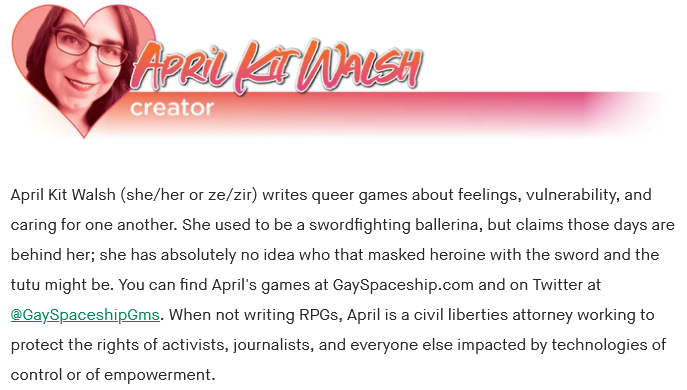 With such a declaration being presented front and center during the game’s crowdfunding stage, it came as no surprise when, on September 5th, seemingly apropos of both backlash or harassment, Evil Hat Productions attempted to advertise Thirsty Sword Lesbians by doubling down on their rhetoric.

“There’s no such thing as an ‘apolitical’ game,” wrote Evil Hat Productions on Twitter.

Asserting that “this page from Thirsty Sword Lesbians sums up our stance quite nicely,” the publisher then shared an excerpt from the game which loudly announced, “No fascists or bigots allowed,” alongside a list of critical social justice ‘requirements’ a player “must” meet in order to play the game. 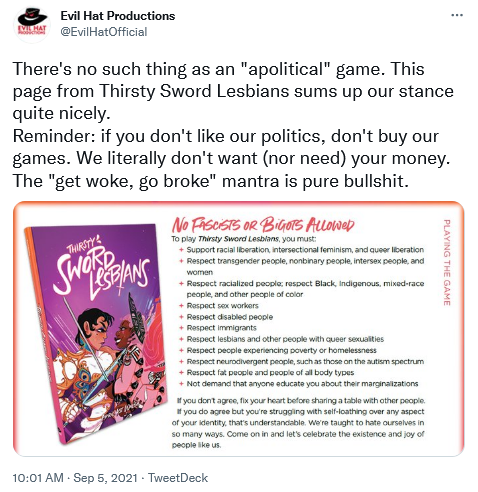 In the excerpt, Evil Hat Productions first informs players that, in order to play their heavily Revolutionary Girl Utena inspired game, “you must support racial liberation, intersectional feminism, and queer liberation,” before listing a number of identities that they must also “respect” in order to engage with the game.

According to the studio, players must also “respect transgender people, nonbinary people, intersex people, and women, radicalized people, Black, Indigenous, mixed-race people, and other people of color, sex workers, disable people, immigrants, lesbians and other people with queer sexualities, people experiencing poverty or homeessness, neurodivergent people, such as those on the autism spectrum, fat people and people of all body types,” and “not demand that anyone educate you about their marginalizations.”

“If you don’t agree, fix your heart before sharing a table with other people,” the excerpt concludes. “If you do agree but you’re struggling with self-loathing over any aspect of your identity, that’s understandable. We’re taught to hate ourselves in so many ways. Come on in and let’s celebrate the existence and joy of people like us.” 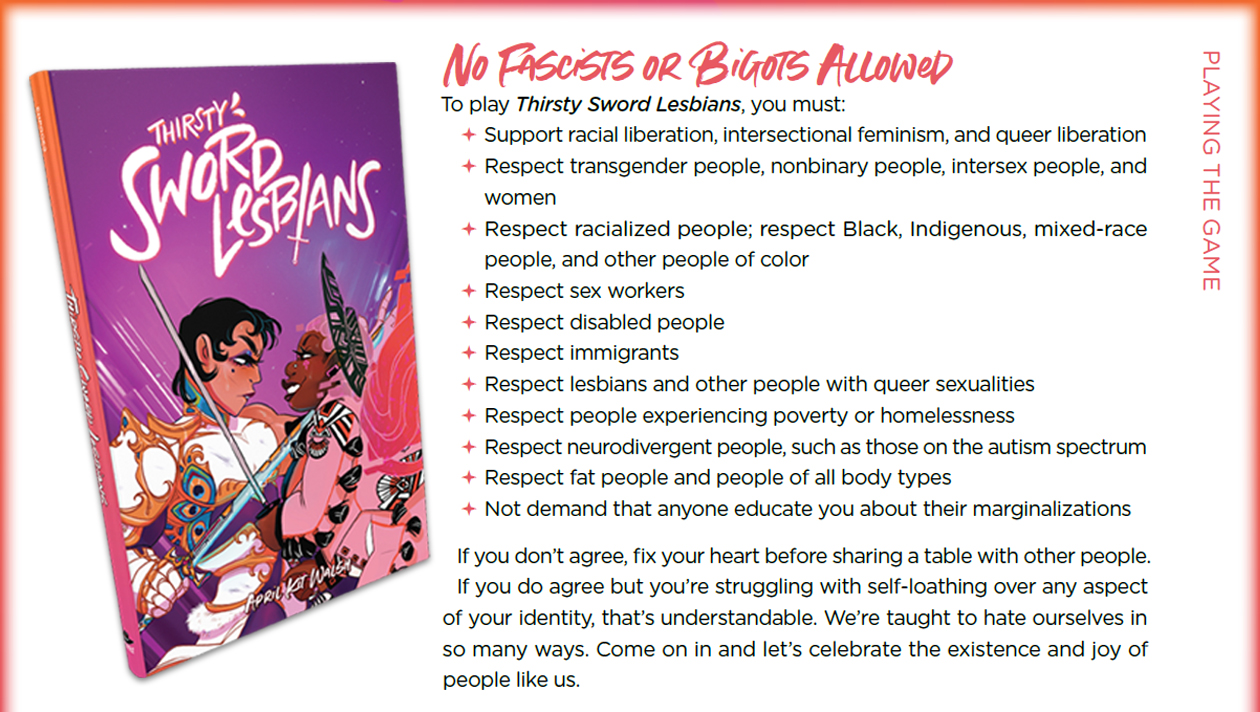 Unsurprisingly, this is not the first time Evil Hat Productions has attempted to use the critical social justice-bent of their design philosophy to advertise their products.

Last year, the studio sparked a wide wave of discourse after they denounced H.P. Lovecraft as “a racist and an anti-semite” whilst still attempting to market a game, Fate of Cthulu, based on the author’s seminal works.

Drawing specific attention to Lovecraft’s racist views (which eventually softened, but were very much an unfortunately commonality for his time period), Evil Hat Productions reasoned that the developers and players “can acknowledge the fear behind his imagination while also re-examining what came out of it” and recommended similar works by “writers of color” as alternative resources for world building with Lovecraft’s creations. 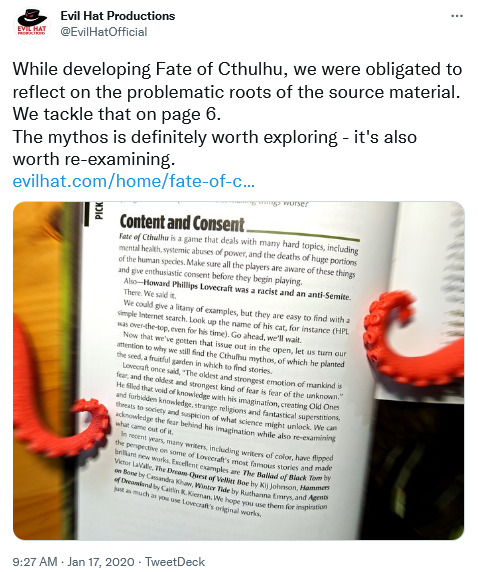 Does Evil Hat Productions’ marketing tactic make you interested in Thirsty Sword Girl? Let us know your thoughts on social media or in the comments down below!