Texas’ new abortion laws have apparently broken Rosanna Arquette, as their adoption has led the woke Hollywood actress to not only turn down a film due to its shooting in inside Texan borders, but also call for a boycott of companies based within the “fascist state”. 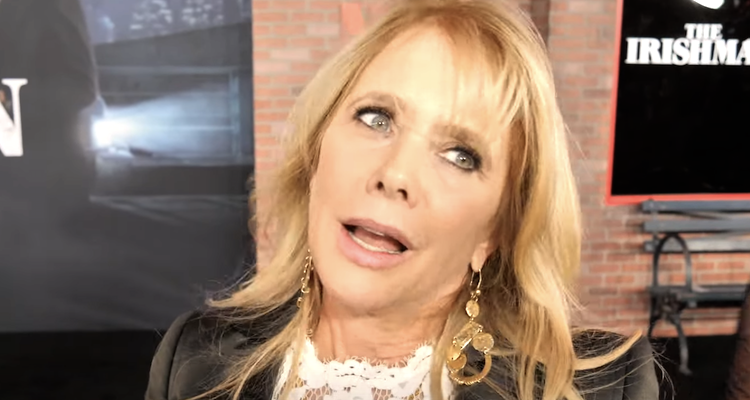 The actress comments come days after the passing of the Texas Heartbeat Act (SB8), which bans abortions as soon a fetal heartbeat has been detected and allows private citizens to file civil lawsuits against abortion providers.

On the same day the abortion ban was passed, Arquette took to social media to express her frustration.

“Force vasectomies on men,” wrote Arquette on Twitter, in what could be considered a rather simple, uncharacteristically mellow statement for the actress, given her long history of controversial opinions.

Days later, a little bit more in line with the type of content she usually shares to her followers on social media, Arquette vented, “Ive [sic] just turned down a film i love cause it shoots in Texas.”

The actress did not disclose, however, what the movie she claims to have turned down is, so we can only assume that she is telling the truth regarding this particular project shooting in Texas.

Interestingly, Arquette didn’t quite get the support she was hoping for from her followers — including some of the actress’ Texan supporters, who believe that boycotting Texas is not within the red state’s best interests.

“Please don’t do that,” replied a user under Arquette’s tweet. “I am in the film industry in Texas. Republicans don’t represent our industry and we need work.”

Another user believed that the movie Arquette claims to have turned down was likely to be a disappointment, writing, “Movie was probably gonna suck anyway. Adios.”

“I’m in TX… . Thank you..?, I think?” wrote Twitter user @joy_potrykus, seemingly disappointed in Arquette’s decision. “We could use your voice… . So depressing.”

Doubling down on her plans to boycott the red state, Arquette encouraged the user, “You must use yours and not allow this .organize .”

“It is but can’t go to a fascist state,” Arquette replied, implying that lawmakers voting to pass a democratically adopted and perfectly legal act is of a fascistic nature.

Twitter user @DyslexicButLeft, who was sympathetic towards the actress’ turning down of the alleged film, wrote “I feel bad that you even had to turn down a film because of location in a fascist state.”

“Thank you for being that woman with principles who will stand up and fight for other women & justice,” the user concluded. “You have my respect!”

“If more actors, movie producers, and major companies follow your lead, it will make a big difference,” he added.

In a series of follow-up tweets, Arquette formally called for a boycott of Texas, whilst also complaining about former President Donald Trump’s handling of the pandemic and claiming that the red state’s white supremacists are to blame for the recently passed abortion ban.

“All of it from shoving in unfit Supreme court judges and the way the pandemic started and how it was intentionally mishandled by the Trump administration,” claimed the left-wing activists whilst providing zero evidence to back her accusations.

She continued, “To stoking the fires of white supremacy and whittling away women’s already fragile rights all of it strategically Evil.”

“And at the core of all the evil is the black snake oil companies that have bought senators presidents for years,” Arquette wrote in a follow-up tweet. “they continue to destroy the environment and it will only get worse until we the people stop them.”

“Boycott all companies based in texas that do not speak out against the despicable draconian evil that is happening there Boycott them all,” further encouraged the actress in yet another tweet. “their tax dollars fuel this s—t so Boycott them Now not one cent to support them no matter what.”

The woke left-wing activist then asked her followers to for a “complete list of corporations that are getting their Texas break but don’t stand up for the women of Texas” in order to help her more fully follow through with her plans to boycott the red state.

What do you make of Arquette’s predictably outrageous comments? Be sure to let us know your thoughts in the comments section down below or on social media.