Best-selling author Stephen King, known for such cult-classic novels as IT and The Shining,recently took to social media to spread misinformation regarding the number of COVID-19 deaths in the state of Florida.

“1200 dead of COVID yesterday in Florida. Not the total for a week or a month, but ONE SINGLE DAY,” wrote the renowned author this past Friday, despite this not being the case at all.

According to the latest numbers provided by the Centers for Disease Control and Prevention, an increase of 1,296 deaths from COVID-19 were registered in the state of Florida on Thursday the 9th of September, a significant change from lower numbers reported just one day earlier.

However, this increase does not represent the number of deaths registered between Wednesday the 8th and Thursday the 9th, but rather those registered in a back log of cases spanning back an undefined number of weeks which were finally tabulated.

Thus, it is very likely that King simply did not understand the CDC’s official report. 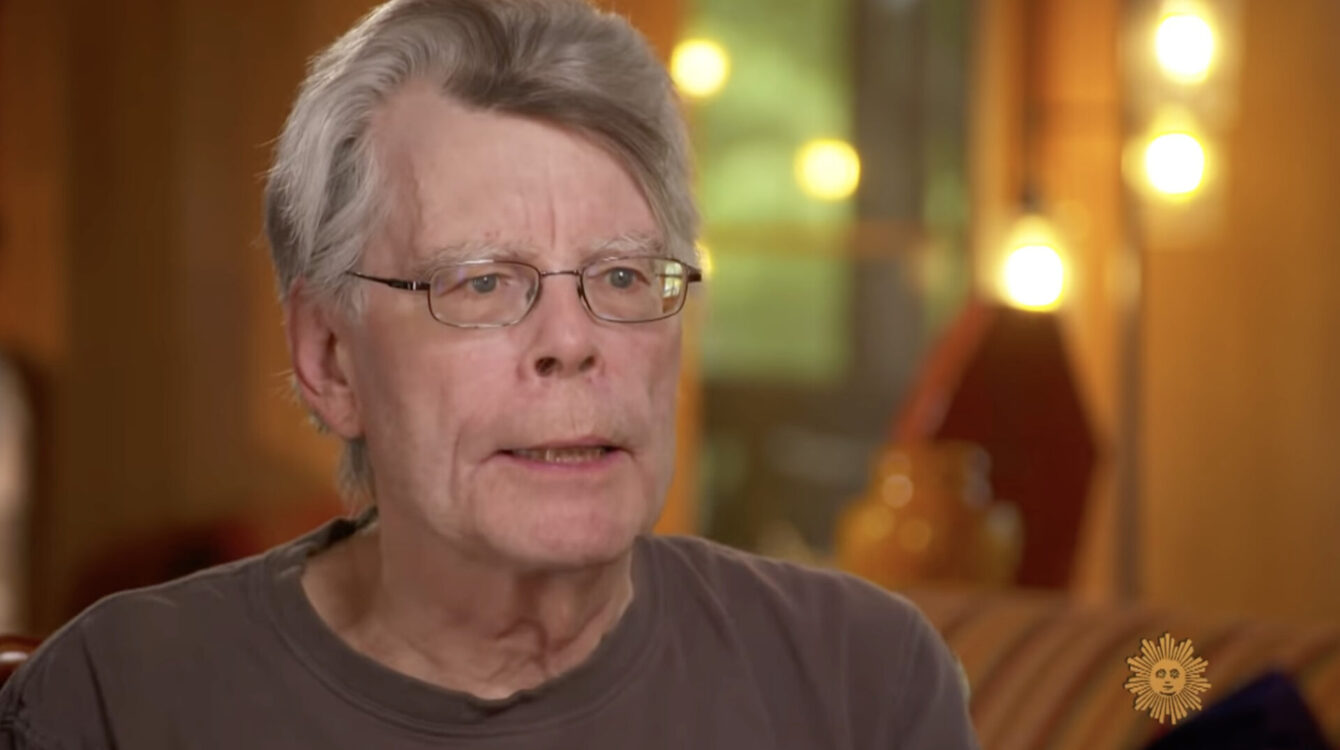 Later that same day, King wrote a retraction of sorts wherein he acknowledged his mistake in sharing misinformation about the number of COVID deaths in the Sunshine State, but also took an opportunity to slam the Republican Governor of Florida, Ron DeSantis.

“I’m wrong about the number of deaths in Florida due to COVID. Not 1200 in one day but over the course of one week, possibly more,” wrote King. “I regret the error, but regret the DeSantis crew’s failure to come to grips with the COVID virus even more.” 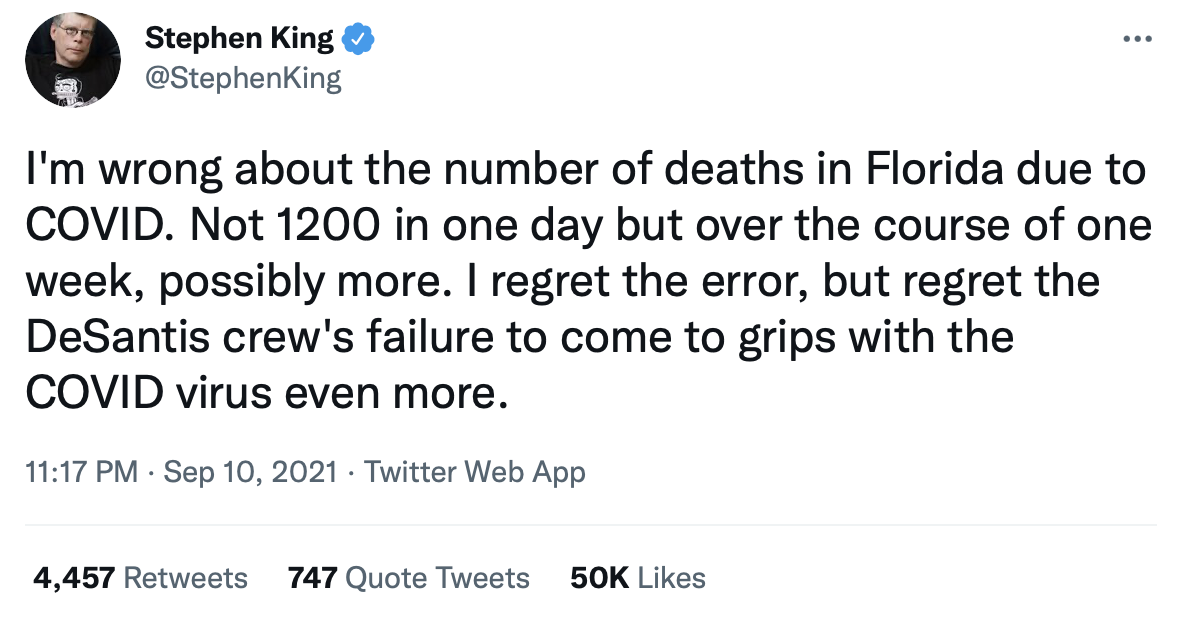 This wasn’t the first time that King had taken issue with DeSantis. Just last month, for instance, the Misery author also accused the Republican governor of being the culprit behind the high number of COVID-19 infections in Florida.

“Hey, Florida–here’s your man Ron DeSantis: Not only are COVID infections in Florida sky high, the beaches are almost uninhabitable due to red tide from the Piney Point disaster, and the fish kill is in the mega tons,” King tweeted early last month.

Unsurprisingly, King has also taken issue with individuals who have chosen to refuse the COVID-19 vaccine, writing on Sunday, “Washington Post: As of 9/25, babies will no longer be delivered At Lewis County Hospital in New York. 6 maternity ward workers are resigning rther than get vaxxed.”

In a follow-up tweet, King shared some harsh words aimed with accused “anti-vaxxers”, suggesting that not getting jabbed is an act of selfishness, not freedom.

“Let’s keep it simple, you ainti-vaxxers [sic]: You have a right to kill yourself, whether with booze, cigarettes, chew, or high living,” declared the author. “You do not have the right to kill others by spreading a virus. That’s not freedom, it’s selfishness.”

It’s quite hypocritical of King to claim that those who oppose getting the COVID-19 vaccine are both selfish and potential murderers, as he is more than willing to denounce pro-life movements.

Following the passing of the Texas Heartbeat Act, which seeks to ban abortions from the moment a fetal heartbeat has been detected, King shared a fairly tasteless message to his over 6 million followers on Twitter in which he suggested that “The Taliban would love the Texas abortion law.”

What do you make of King’s comments on COVID-19 and “anti-vaxxers”? Be sure to let us know your thoughts in the comments section down below or on social media!