“DeSantis is the new Jim Jones…” simply wrote the actor in a message shared to his 1 million followers on Twitter.

If you are unfamiliar with Jim Jones he was the leader of the Peoples Temple and organized a mass-murder suicide at his commune of Jonestown in Guyana back in 1978.

Not only was Jones a cult leader, but The New York Times reported in 1978 that Jones “was a Communist from the early 1950’s on, according to a rambling, disjointed personal history found among his effects and published by the Governmentowned newspaper here.”

In fact, The New York Times added, “The document implied throughout that Mr. Jones was always a Communist and that he used his religious connections only to further Communist ends and to politicize congregations.” 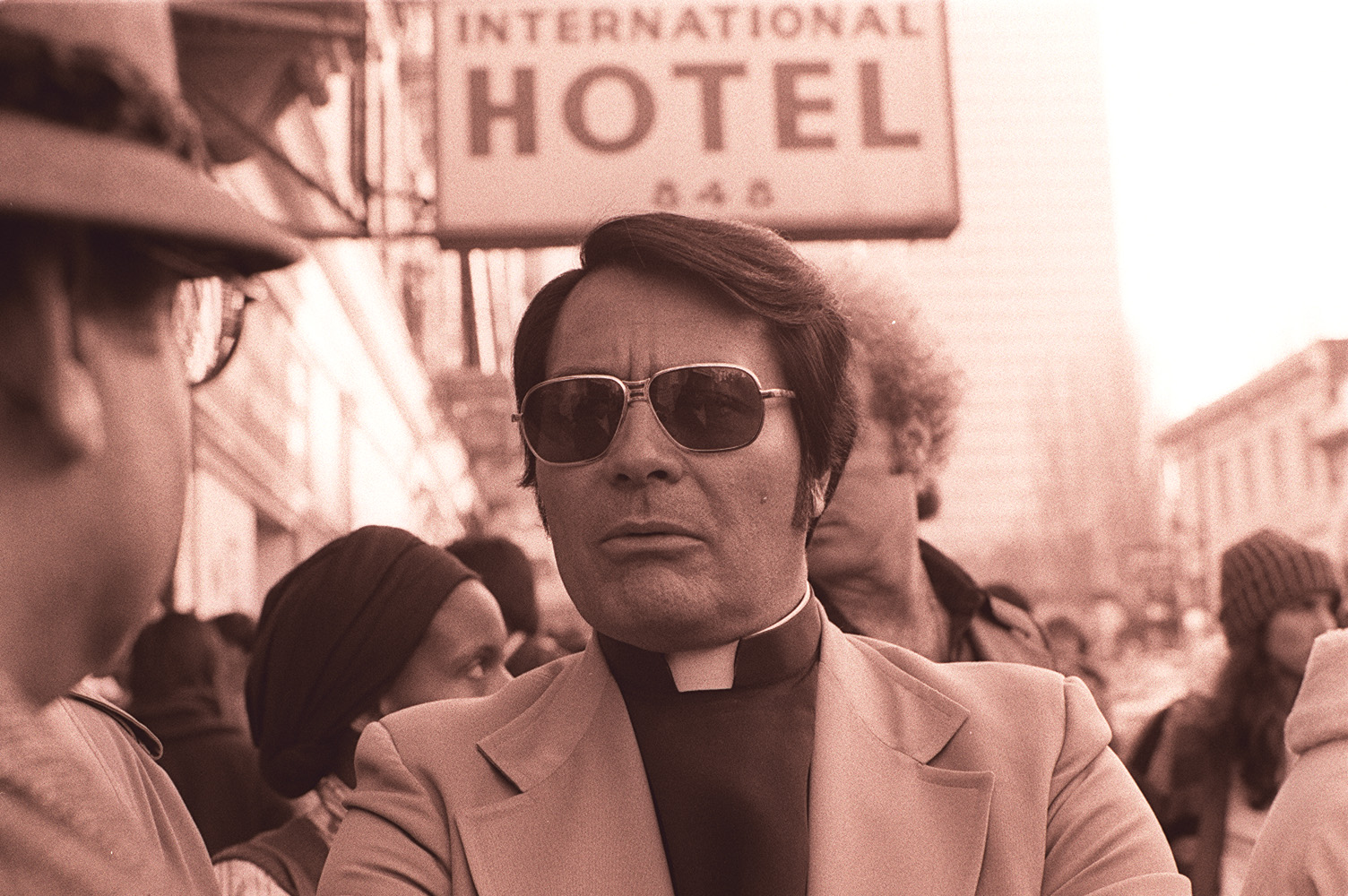 As for why Baldwin is likely comparing Jones to DeSantis, it probably stems from the Florida governor’s stance on mask mandates for school districts in his state.

In July of this year, Gov. Ron DeSantis signed an executive order issuing emergency rules that protected parents’ rights pertaining to their children and the usage of face masks.

“Very soon I’ll be signing an executive order which directs the Florida Department of Education and Department of Health to issue emergency rules protecting the rights of parents to make this decision about wearing masks for their children. We think that’s the most fair way to do it,” said DeSantis at the time.

The Republican governor added, “I have young kids. My wife and I are not gonna do the masks with the kids. We never have. I want to see my kids smiling. I want them having fun. Look, my kids are a little younger, but I can tell you, whatever you think of masks, you gotta wear it properly. My kids ain’t gonna wear that thing properly. We know that.” 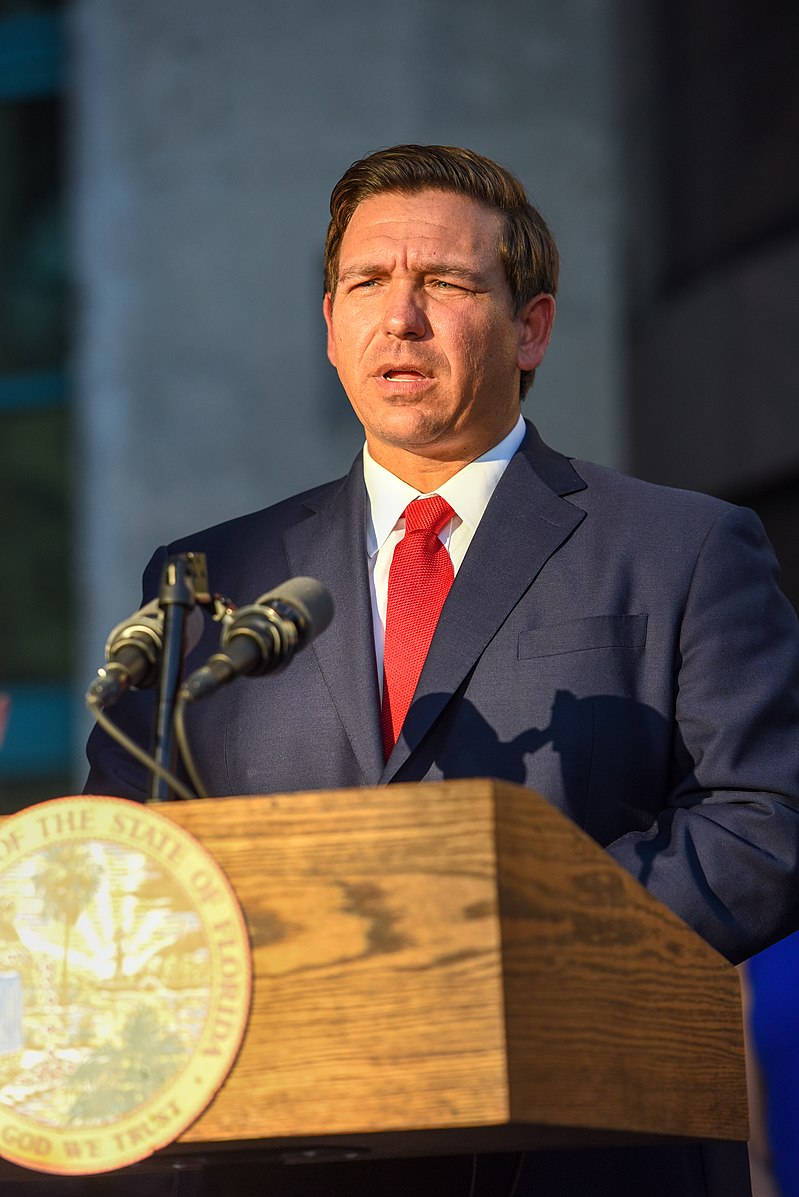 This isn’t to say that parents were forbidden from having their kids wearing masks, since face masks were not to be banned in school districts in the first place.

“I wouldn’t want to do that, but at the same time, look, if a parent really feels that this is something that’s important for their kid, we’re not stopping that,” DeSantis explained. “They absolutely have every right to equip their student with whatever types of masks that they want and have them go to school if they believe that that’s a protection that’s important for their children.”

Further clarifying what this particular executive order entails, the Florida governor elaborated, “I think that’s the fairest way to do it: to let the parents have the decision. It would not be fair if we told parents who want the kids to wear masks they weren’t allowed to do it. But it’s certainly not fair to force parents who don’t believe the masks are good for their kids to force them to have to send their kids in masks. This way parents are able to make the decision that is best for their families.” 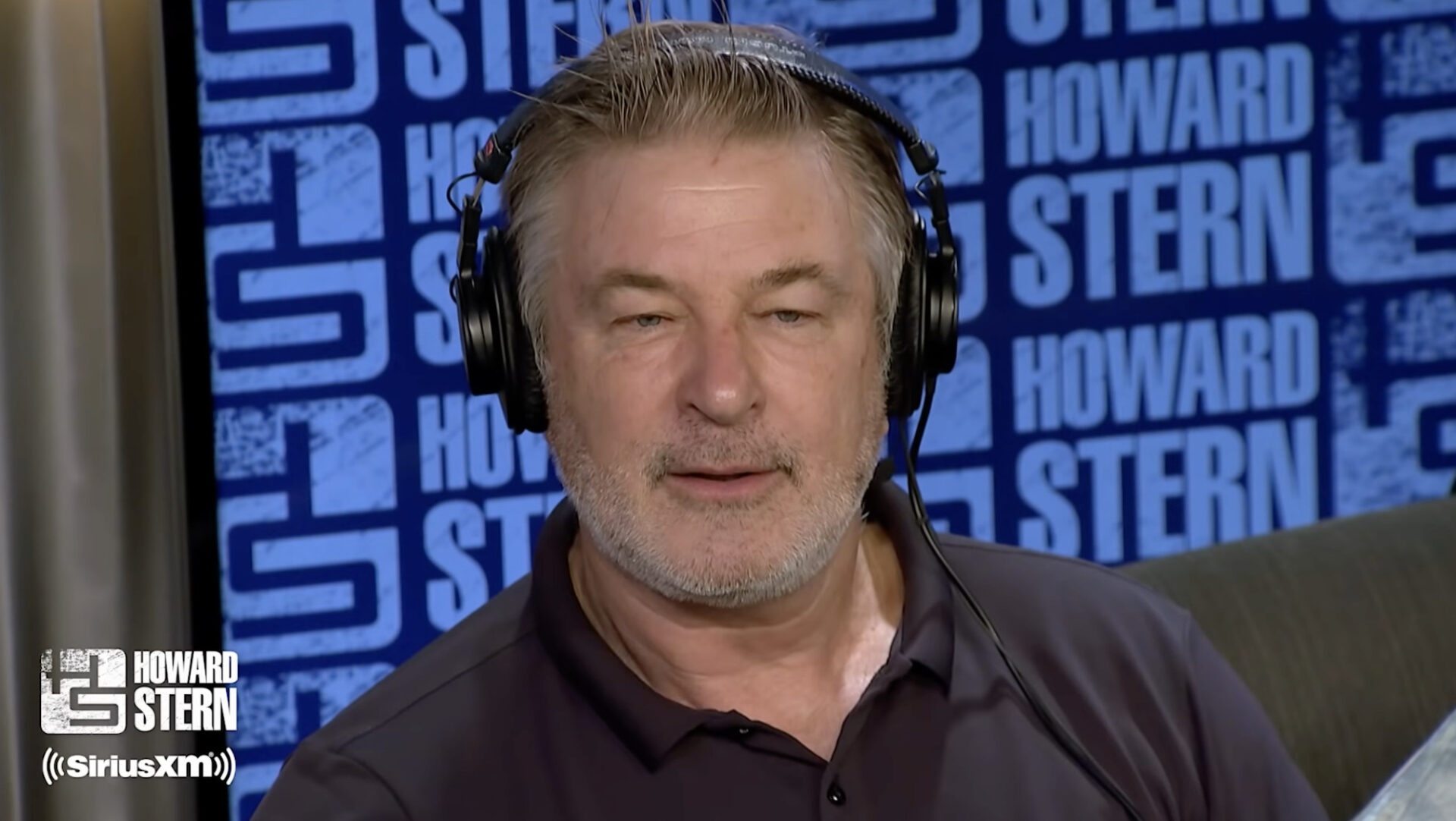 Comparing Ron DeSantis to mass murderer Jim Jones is tasteless, but comments like these are to be expected from Baldwin, who has even called for violence against other political figures, such as Republican Senator Ted Cruz and former President Donald Trump.

“Put Ted Cruz in the stocks and throw rotten fruit and buckets of horse piss at him,” wrote Baldwin in January of this year.

He continued, “Then ride him on a rail. Then tar and feather him. And film it. For Netflix.” 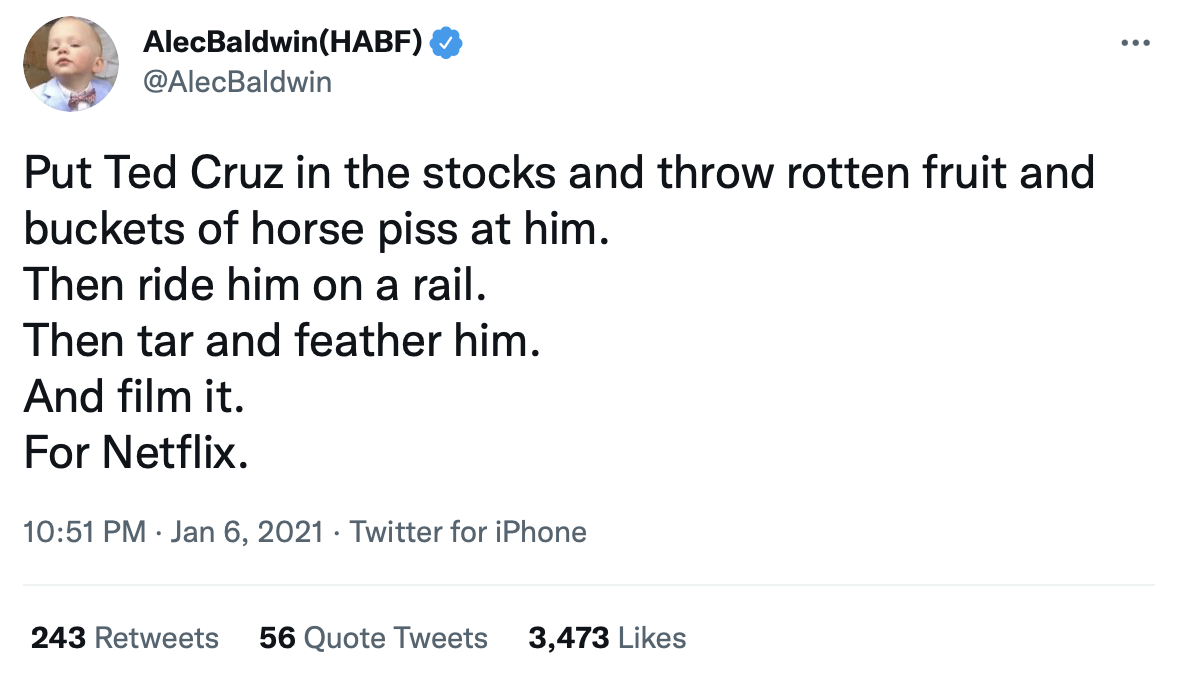 Donald Trump has been living in Alec Baldwin’s head — rent-free, of course — for quite some time now, and his tweets against the former president have also made headlines in the past; for all of the wrong reasons.

“I had a dream Trump was on trial for sedition. And outside the courthouse, a noose was hung from a makeshift scaffold,” fantasised Baldwin, adding, “The noose was made of recycled Covid masks.”

Following last year’s presidential election, the woke Hollywood actor also took to Twitter to incite violence against Donald Trump, suggesting that he should be whaled away at like a piñata.

“Who arrests Trump if he refuses to concede? Who drags him out? Pepper spray? Cuffs? A knee on his neck, cutting off his oxygen?” wondered Baldwin, adding, “Does he wheeze ‘I can’t breathe. Just whale away on him like a piñata? Rodney King style?'”

He then asked, “The thug who has destroyed the country. What does he deserve?” 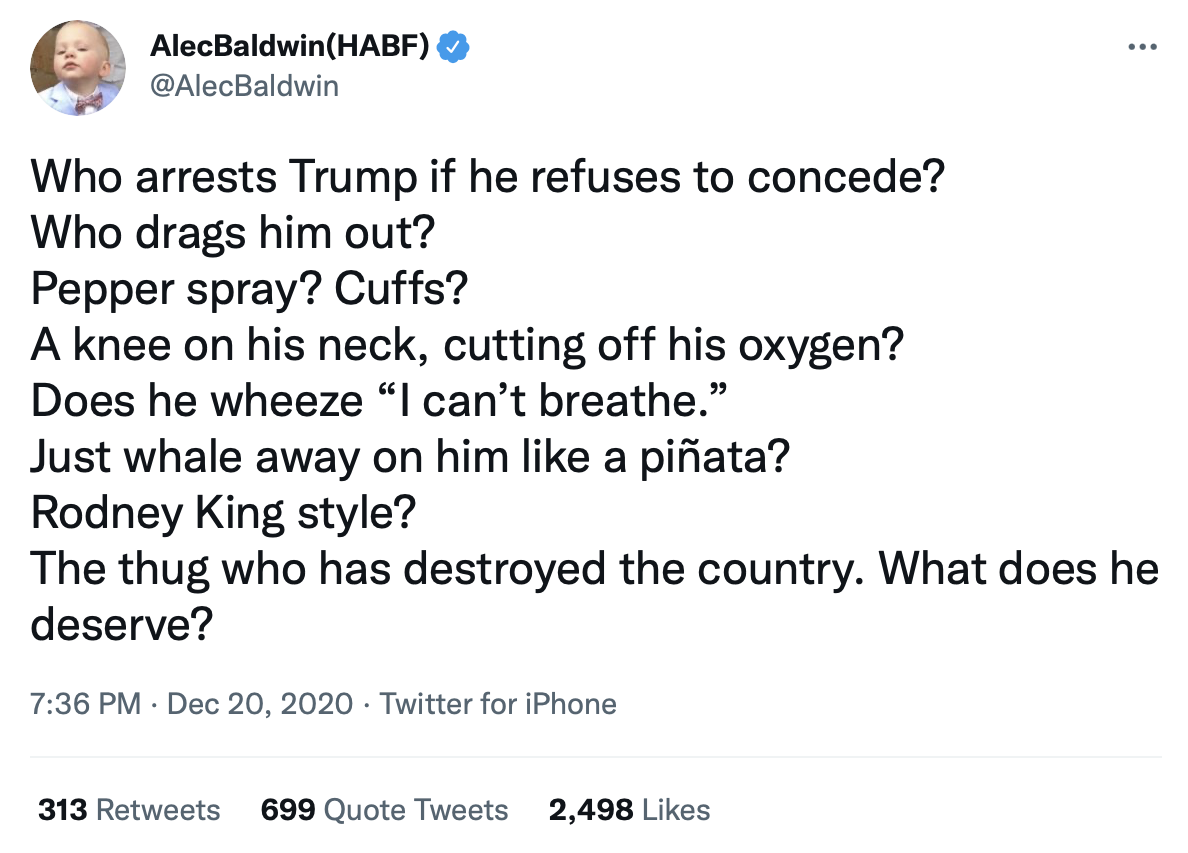 The raging left-wing activist also criticised Donald Trump supporters who do not comply with COVID-19 restrictions.

To the surprise of no one, Alec Baldwin’s tweets drip with hypocrisy, especially because he loves to criticise others but immediately takes offence when the spotlight is on himself.

In January of this year, the actor made the decision to leave Twitter after his wife, Hilaria Baldwin, was accused of cultural appropriation, and cancelled for putting on a fake Spanish accent when speaking in English.

At the time, the hypocrite actor wrote, “Twitter is like a party where everyone is screaming. Not much of a party. Goodbye for now.”

What do you make of Alec Baldwin’s comments against Florida Governor Ron DeSantis? Be sure to let us know your thoughts in the comments section down below or on social media.