Wokeness is now hitting the world of wrestling, though not in the way you might think – and definitely not as hard as a clothesline or diving elbow. 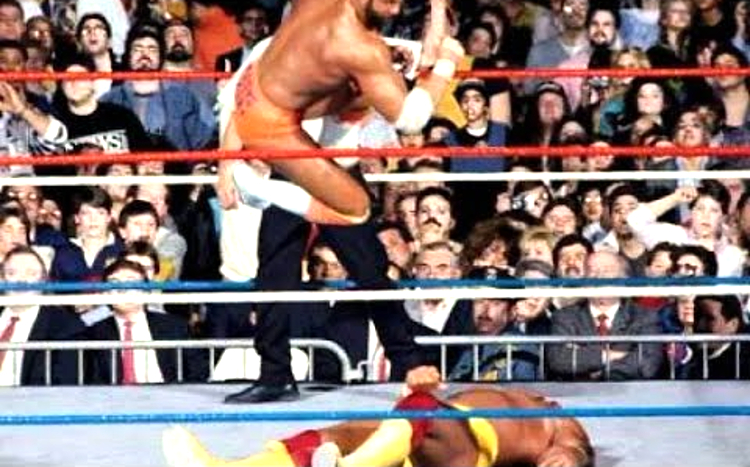 Related: Frank Miller Is Flattered His Work Inspired Zack Snyder And The DCEU

Last Tuesday night on NXT 2.0, a series focused on the young guns of the WWE’s next generations, the promotion introduced a gimmick change for wrestler Joe Gacy in which he rejected his “male privilege”.

In his pre-match promo segment, Gacy also called the ring a “safe space” and made reference to what he viewed as systemic “conflict” and microaggressions pervading both the show and the WWE in general.

“NXT 2.0 is full of conflict, from the smallest microaggression to the most heinous grudges. This is a place where we settle our differences,” he said while having a seat in the ring. “I come to you tonight with a mindset of conflict resolution where I don’t need to use my male privilege to get what I want,” 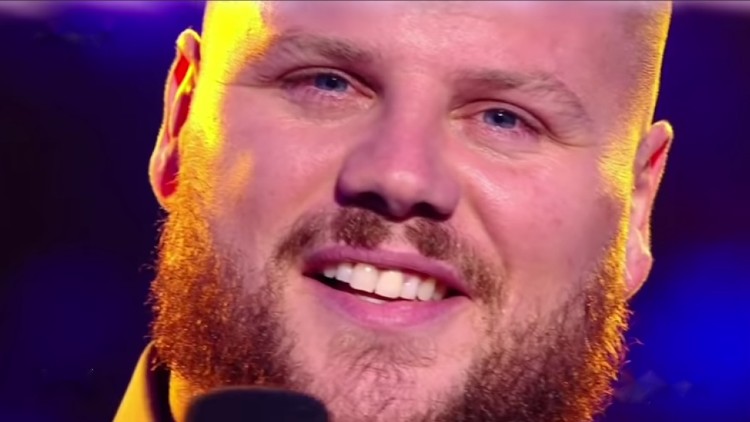 Related — Chuck Dixon: “DC And Marvel Seem To Be In Some Sort Of A Suicide Pact With Themselves To Destroy American Comics”

“I understand just like you that life isn’t fair,” he continued as he was resoundingly booed. “I believe that we can achieve unity and tolerance for us all, and I can be the man that will show you we can achieve peace in this safe space. And it starts tonight!”

He then wrestled Southern boy Cameron Grimes in a losing effort that took approximately five minutes. Afterward, instead of getting angry, Gacy gave Grimes a hug and a thank you. 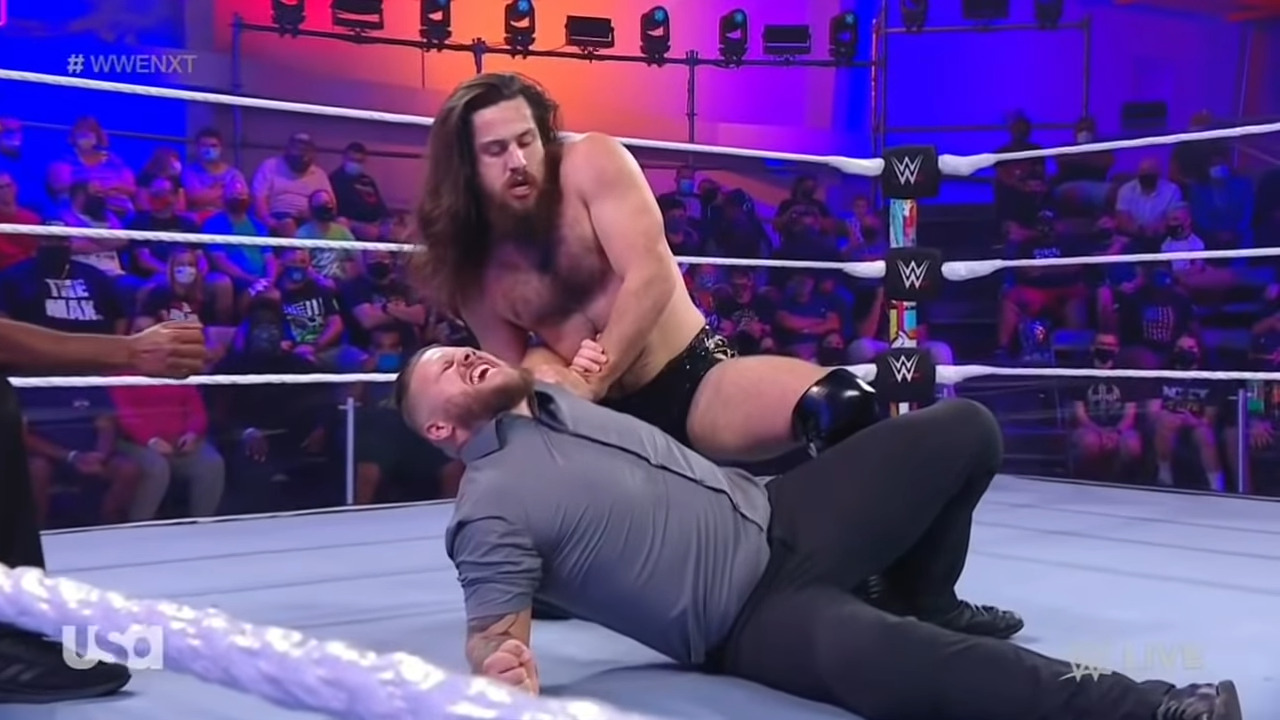 Related: WWE’s The New Day Gets A New Comic Book Series That Will Tell Their Origin Story

Gacy didn’t bring it up, but equally noteworthy is Grimes’ gimmick of being an overnight millionaire – a one-percenter if you will – after having invested in Gamestop stock last summer.

A feud could potentially brew between the two, but as of writing, there is no telling what’s in store for Joe Gacy if this character has a future on TV.

Interestingly, the character might not even have one, as WWE has scrubbed all footage and references to the gimmick from most of their social media after Gacy and this story got attention from mainstream news outlets including Fox News and The New York Post. 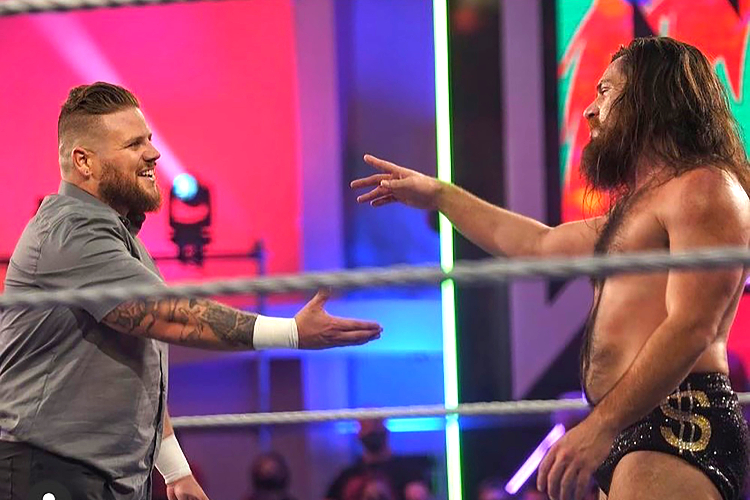 Related: Wrestler Evil Uno Wants to Be a Batman Villain after All Elite Wrestling Partners with DC Comics

A fixture on the independent wrestling circuit or “Indies” for several years before he made it to the WWE, Gacy’s first brush with Internet fame came when a “hypnotized” dance-off he helped stage at an Indie show went viral a decade ago.

Watch him look back on that experience below in a documentary short.

As for Gacy, he could be assigned a new character – or ‘repackaged’, as they say in wrestling – but it’s not like his vapid “safe space” and “unity” extolling is the worst politically charged angle WWE has ever foisted upon audiences.

Usually not shying away from controversy, WWE regularly exploited political tensions in the 80s and the 90s, usually to evoke sympathy for a patriotic babyface (good guy) and get the people behind him. Hulk Hogan typically found himself in the hero role at that time, partaking in a formula that didn’t always go according to plan. 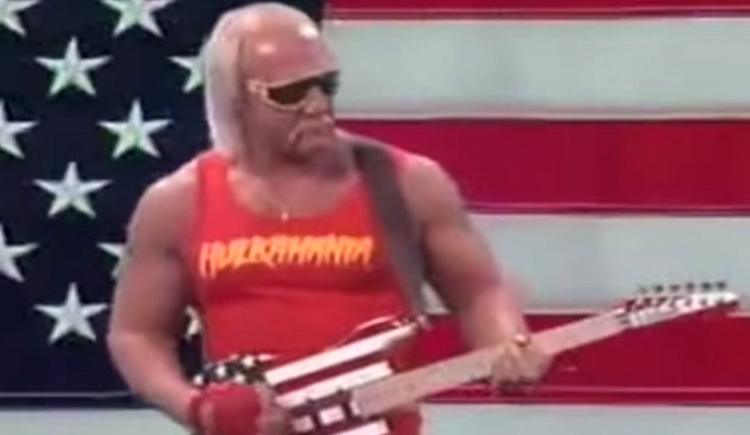 In the 2000s, they tried to make Muhammad Hassan out to be an evil foreigner/bitter Arab-American outsider in a post-9/11 atmosphere, a character which blew up in their face when audiences and network TV executives bore witness to Hassan incorporate simulated garroting and terror tactics on The Undertaker the same week the London bombings occurred.

As fast as his career took off, it was over for Hassan – who in reality was Italian-American – as he hasn’t wrestled or graced a ring much since 2005. 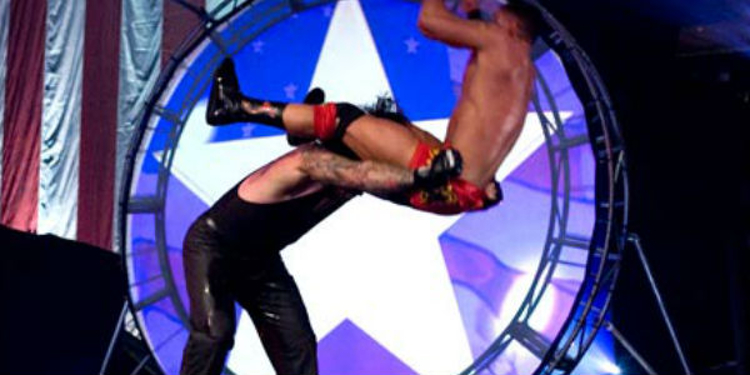 What do you make of Gacy’s ‘woke’ character? Let us know your thoughts on social media or in the comments down below!