An actor has been cast in Aquaman and the Lost Kingdom as a character plucked from another DC series and repurposed for the underwater franchise. 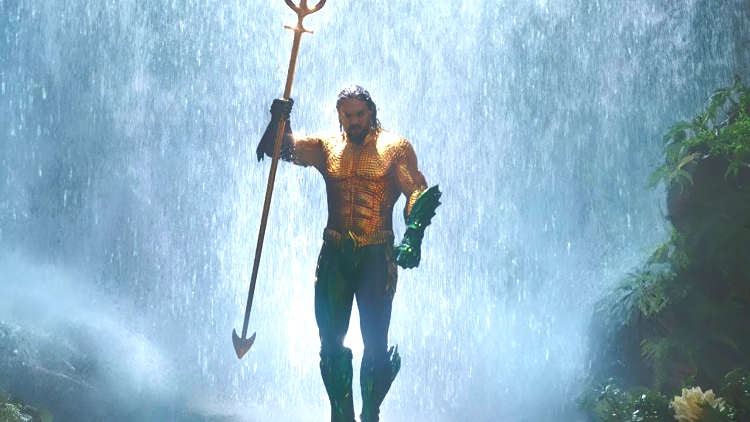 As broken by The Hollywood Reporter, Indya Moore, star of the FX show Pose and the unlikely sequel of the year Escape Room: Tournament of Champions, will play a character named Karshon that is known best as a mutated tiger shark.

Also code-named The Shark, Karshon was transformed by radiation from a regular shark into a being with telepathic powers, matter manipulation, and energy projection – while maintaining the predatory nature of a shark. 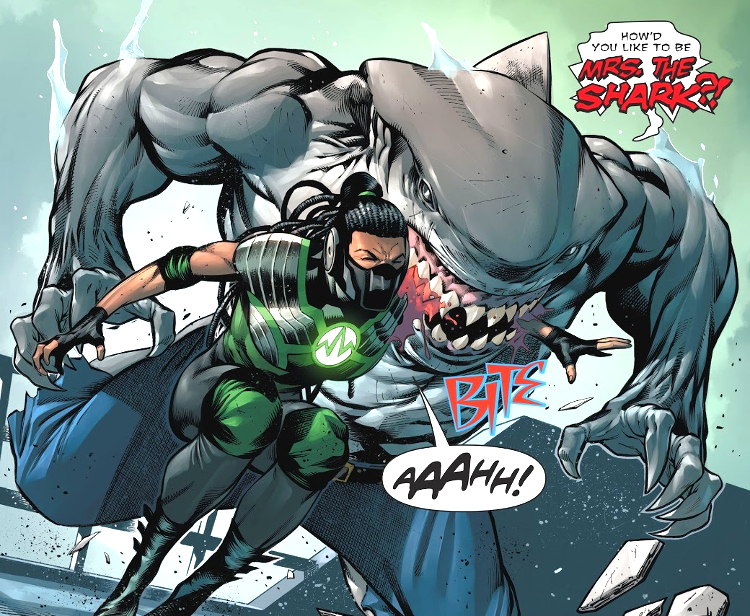 Created by Gil Kane and John Broome, Karshon first appeared in Green Lantern #24 in 1963. Focused on hunting Hal Jordan, he was a foe of the ring slinger as opposed to Aquaman despite the connection to the sea.

He would pop up in Green Lantern Corps and Crisis on Infinite Earths before meeting his end as a member of the Suicide Squad like so many other second-string villains.

Mutant tiger sharks are a perfect fit for Aquaman and the radiation that creates Karshon – or whatever the trope is in the revamped origin in the film – will probably serve as a metaphor for pollution and environmental degradation. 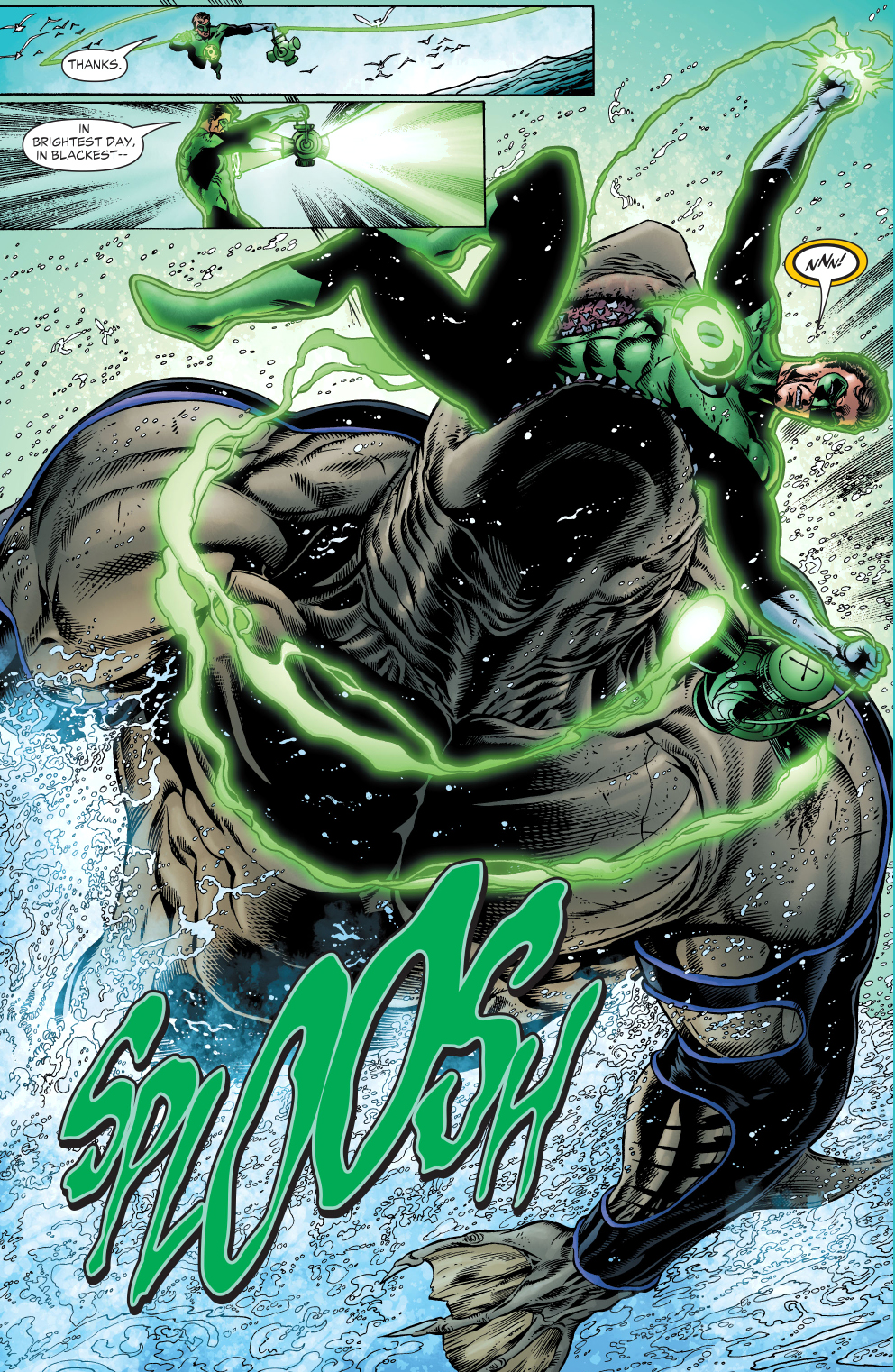 Jason Momoa recently hinted there would be eco-conscious themes in the Lost Kingdom when he weighed in on Martin Scorsese’s comments on comic book movies and what gives the genre meaning.

The casting of Indya Moore may fulfill a rumor circulating that a new female character will be introduced in the sequel as a competing love interest for Arthur, though this is only a guess.

Karshon’s place in the story is unclear and Indya Moore is a trans nonbinary performer who could play The Shark that way. Reports referring to the character as “they” seem to allude to this twist so it’s a big possibility. 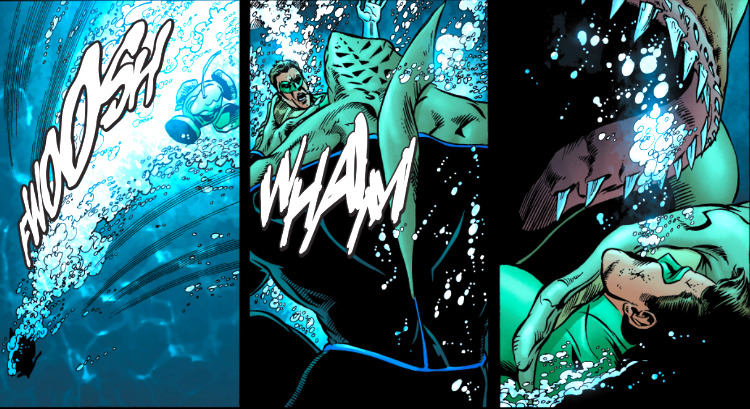 Silver-age character Dolphin was thought to be filling the third-person of a love triangle void, or so goes the rumor that has not been confirmed. There’s no indication the name “Dolphin” is on any call sheets.

Warner Bros. might throw a curveball in the form of a new and original character Stingray, played by Portuguese newcomer Jani Zhao, whose part in the proceedings is equally unknown but she may cozy up to the hero.

Aquaman and the Lost Kingdom has a release marked for December 16th, 2022.