Invasion Toys, the previously unidentified vendor who was reportedly removed from New York Comic Con over one of their employees’ apparent refusal to wear a mask, has issued a statement clarifying the events of this past weekend.

As previously reported, Invasion Toys was apparently removed from the popular pop culture convention for violating the event and venue’s masking respective masking requirements – which required “all attendees, including cosplayers, exhibitors, guests, artists, and staff” to wear a mask at all times – despite, as evidenced by photographs taken during the event, a large number of its attendees, guests, and other vendors flagrantly disregarding the same policies. 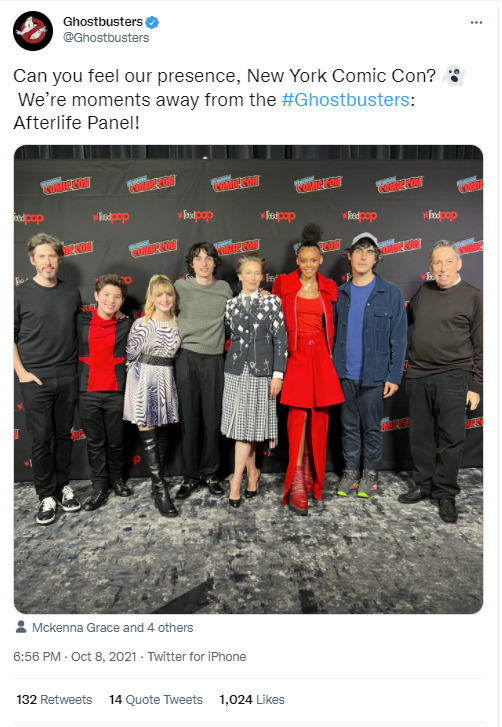 Seeking to “clear things up,” collectible retailer Invasion Toys took to Twitter on October 9th to share an official statement regarding their apparent removal from NYCC.

“Yes, the partners we shared the booth with failed to wear their masks,” wrote Invasion Toys. “ Apparently they were warned several times but unfortunately we were not aware of this until it was too late.” 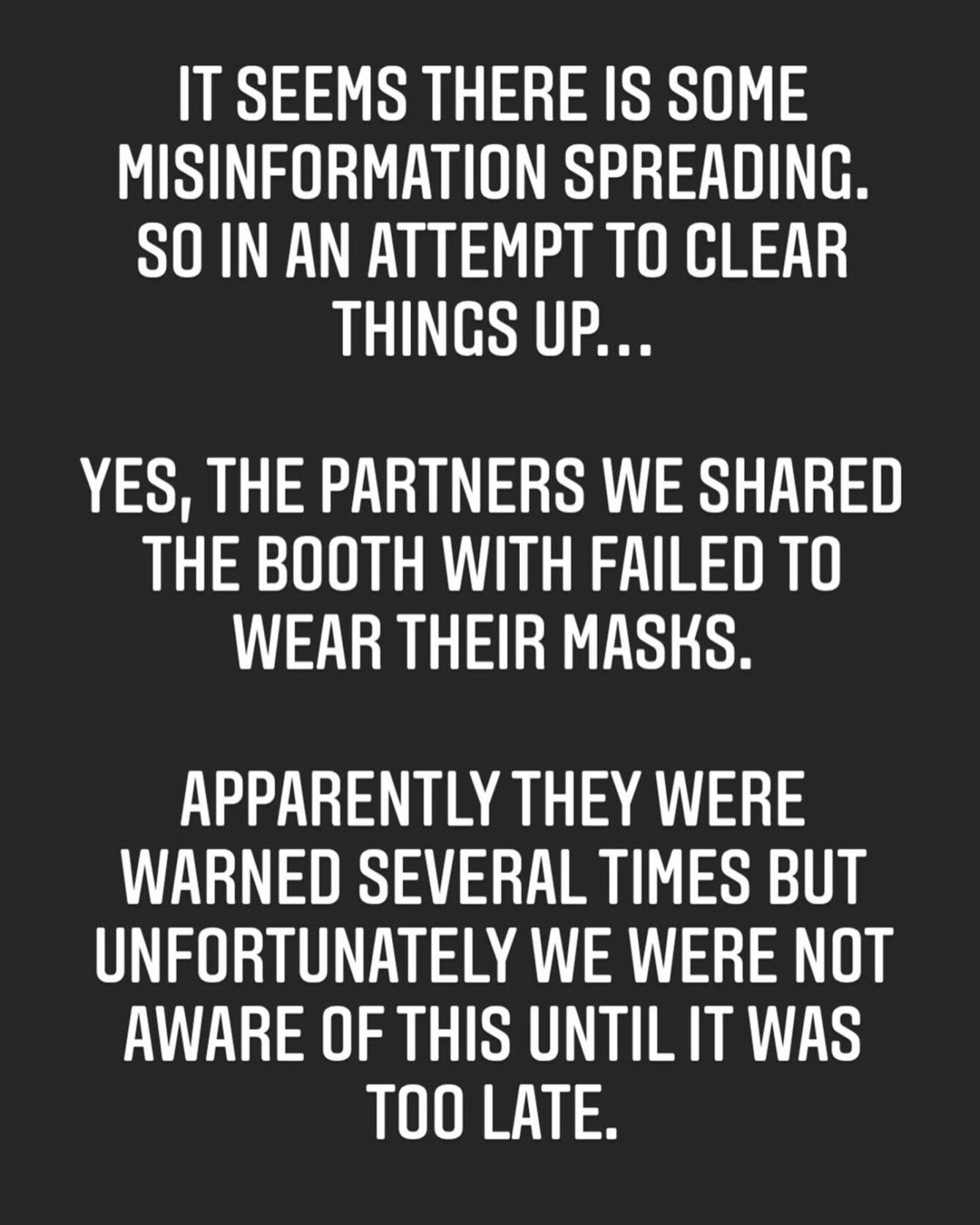 “Despite several appeals to the coordinators, we were asked to break down and leave,” they added. “Ultimately we had to respect their decision as rules had been broken at our booth.”

Invasion Toys also noted that said coordinators “assured us this is not a permaban and have invited us back to all ReedPop events, including NYCC 2022.” 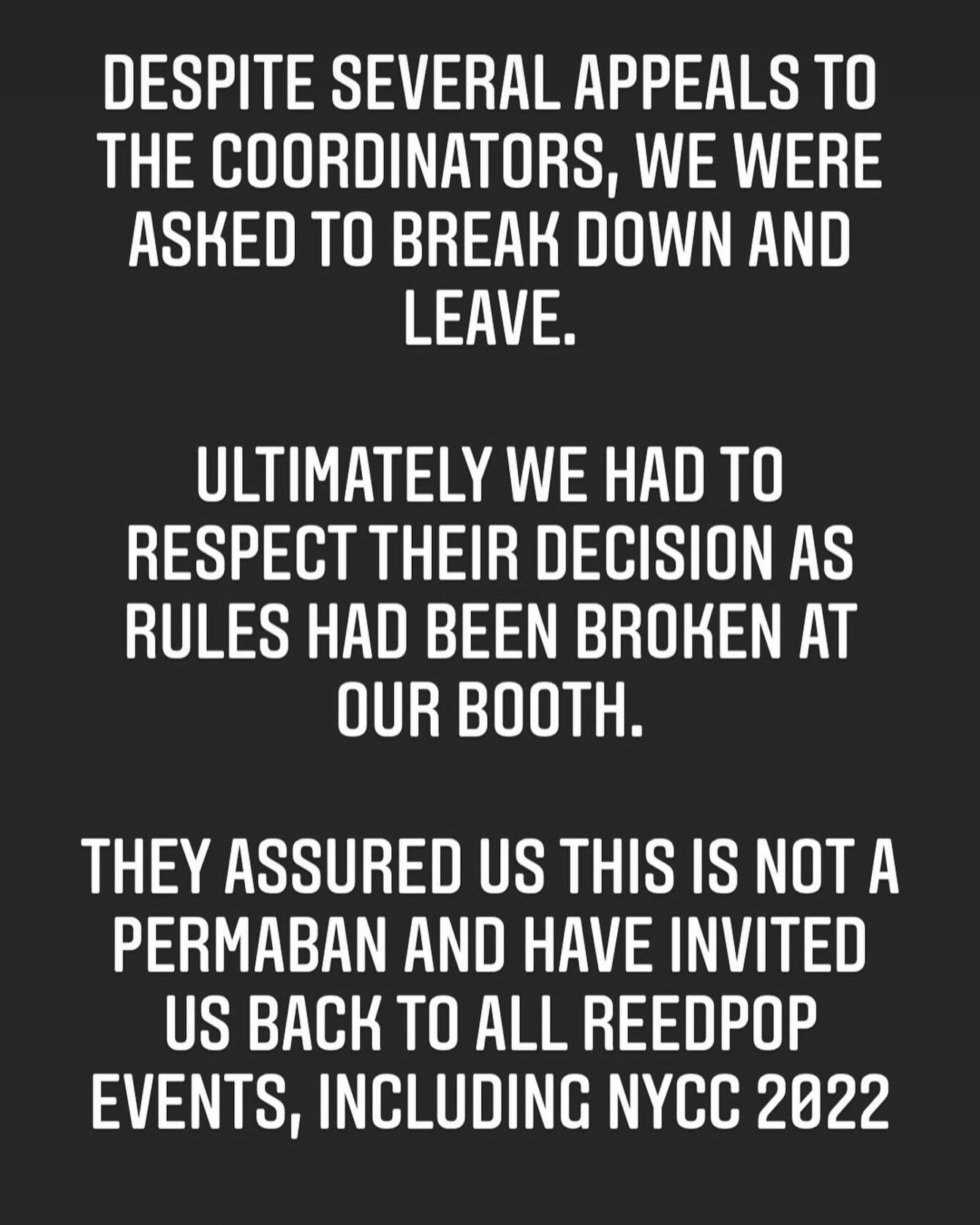 Continuing, the retailer stated, “While many other booths (we will not name any) were also failing/refusing/forgetting to wear masks throughout the day, we were one (of what we are told are numerous others) that paid the consequences.”

“It is disappointing to us and our staff and of course financially detrimental as well,” said Invasion Toys. “But ReedPop and the coordinators are just doing their best to keep people safe. We do not blame them.” 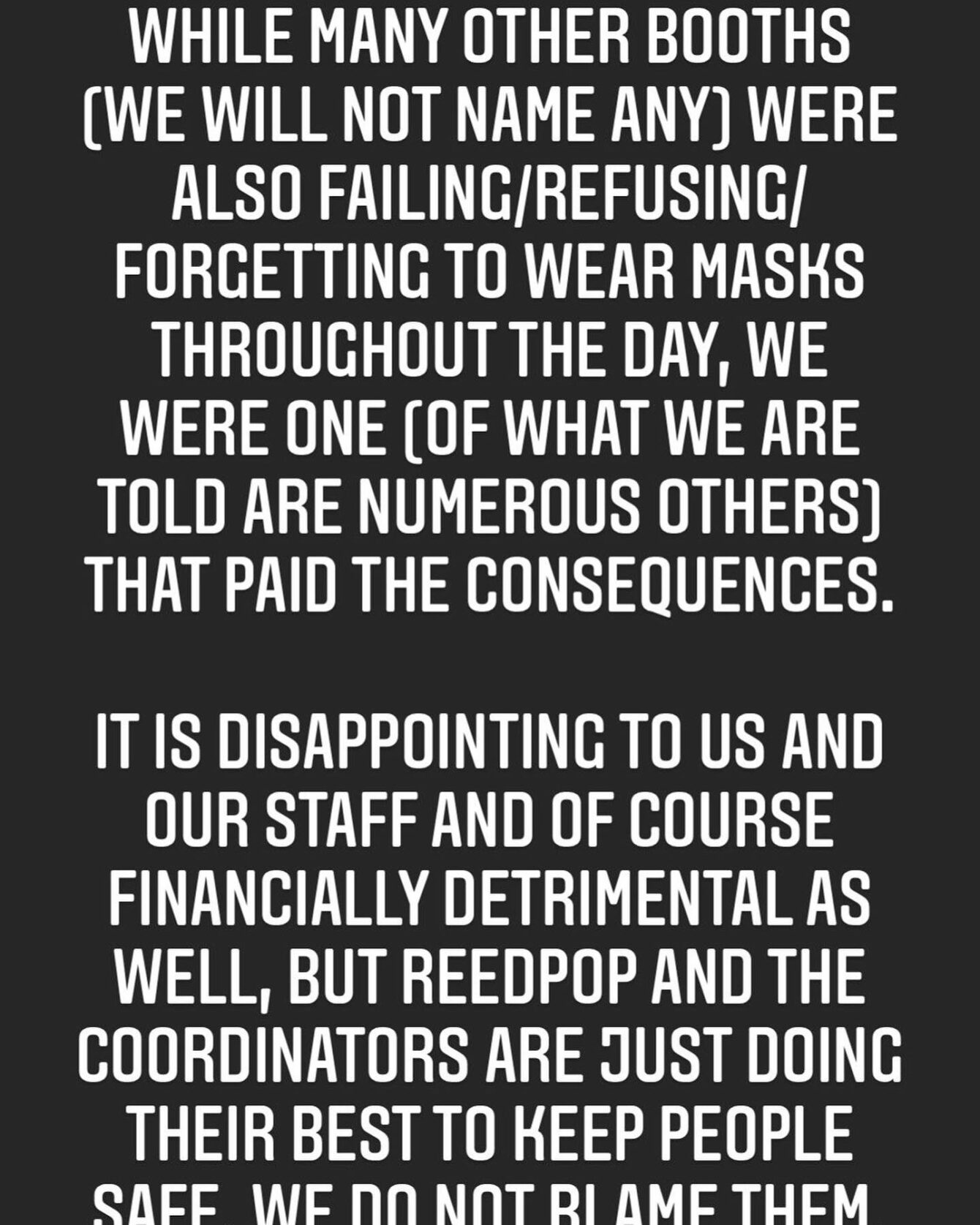 In conclusion to their statement, Invasion Toys asserted, “Hopefully this clears up confusion to the extent we can publicly share.”

“At the end of the day, there are always multiple sides to every story but what matters is the outcome,” they ultimately reasoned. “This is not the end for us. We are lucky and thankful to have the support of the community and artists who we are proud to call our friends.” 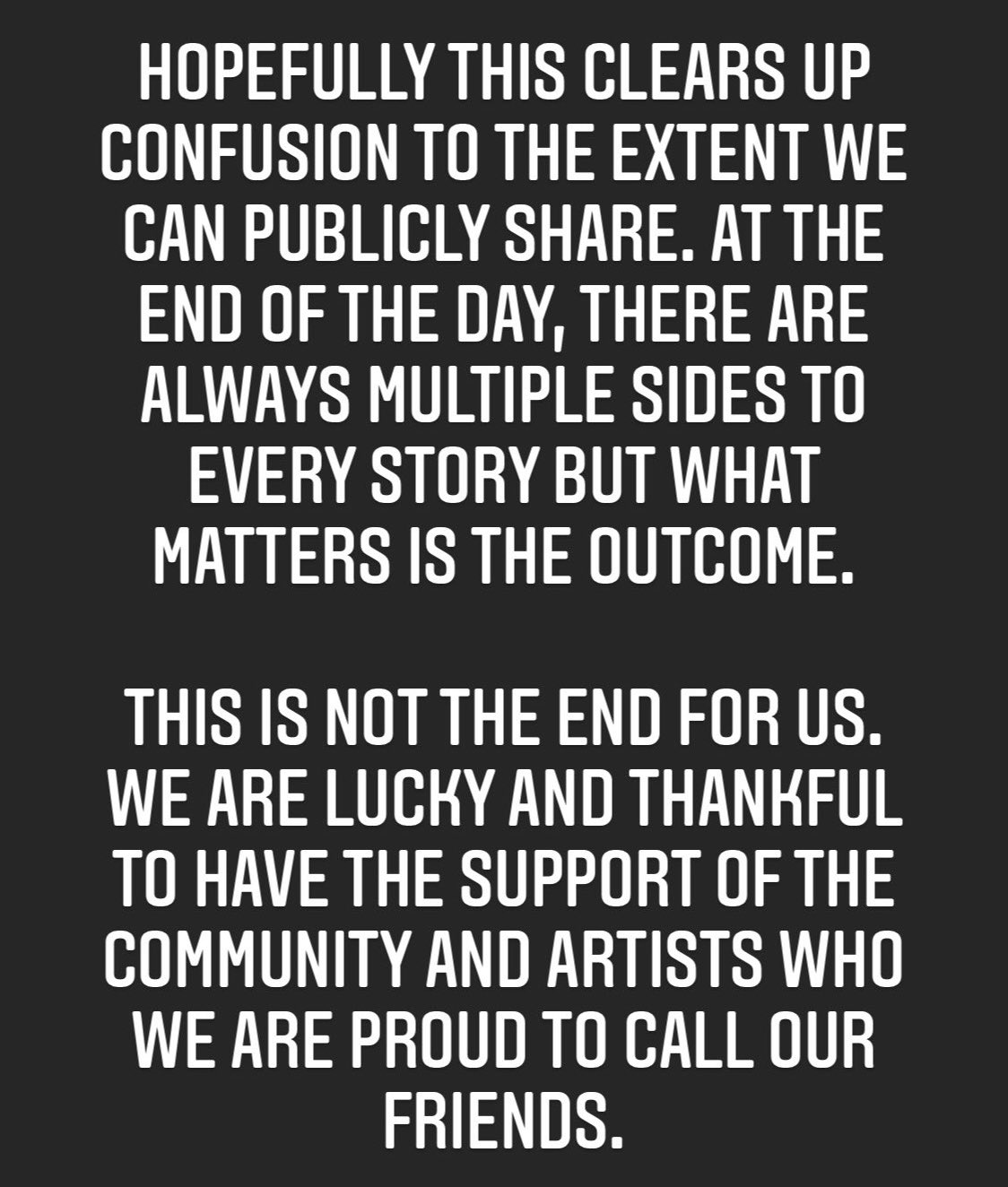 While numerous partners and their staff were present at the booth, Invasion Toys has refrained from identifying the specific individual whose actions resulted in their removal.

New York Comic Con did respond to an inquiry from Bounding Into Comics regarding whether or not they had removed people from the event. Their response was canned corporate speak.

It read, “At NYCC and all ReedPop events, health and safety are our top priorities. We’ve implemented new guidelines and policies to help support a safe experience. Every attendee, including fans, artists, guests, crew, and staff, are expected to comply with our health and safety requirements.” 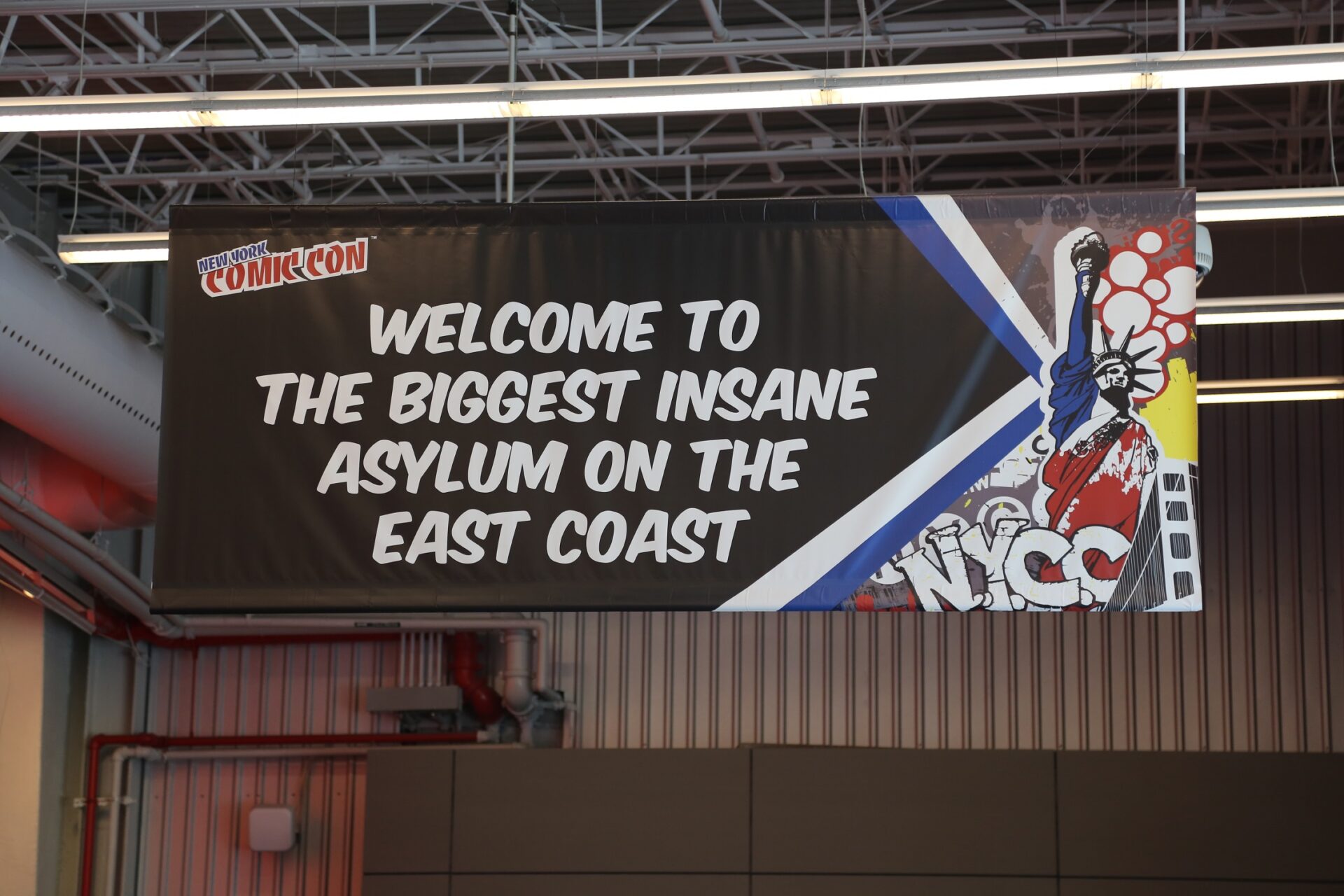 What do you make of Invasion Toys’ response? Let us know your thoughts on social media or in the comments down below!