Welcome back to The Arktoons Roundup, Bounding Into Comics’ weekly dive into some of the best new webtoons that Arkhaven Comics has to offer on Arktoons.com.

My apologies for missing the last few weeks, as I was on involuntary Covid-cation, but it’s at least been quite a busy time at Arktoons since my last Roundup, as both the site’s layout has been completely revamped and a number of new titles have begun publication.

We will be taking a look at three of these today. First up…

This new webtoon is a combination of comedy and action, paying homage to some of the ronin stories of classic manga like Kozure Ookami and modern riffs like Samurai Champloo. 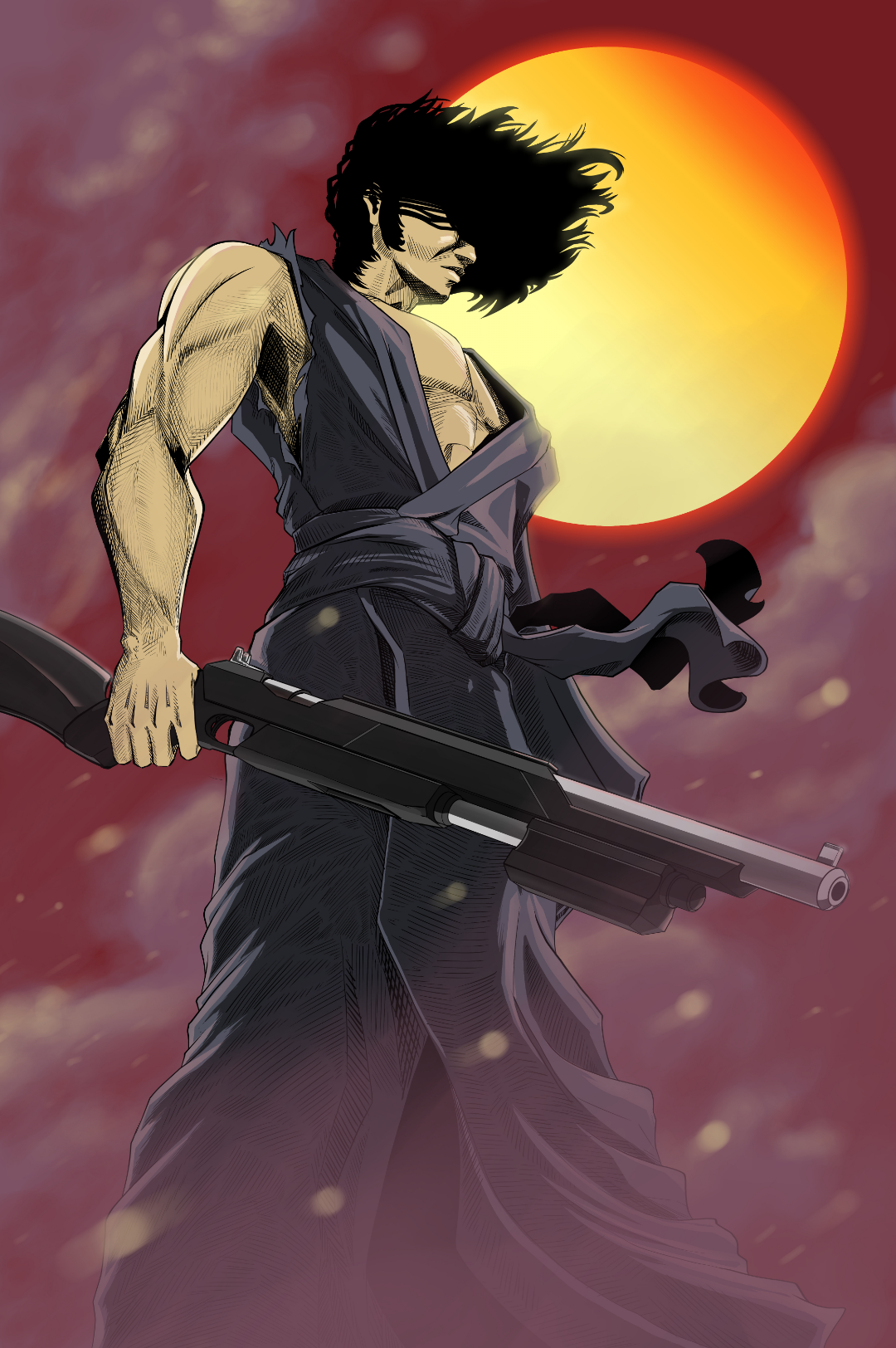 The background setting appears to be the Warring States period, but the ronin in question is using an aftermarket modified 12 gauge instead of the more traditional katana.

Honestly, its name says it all. 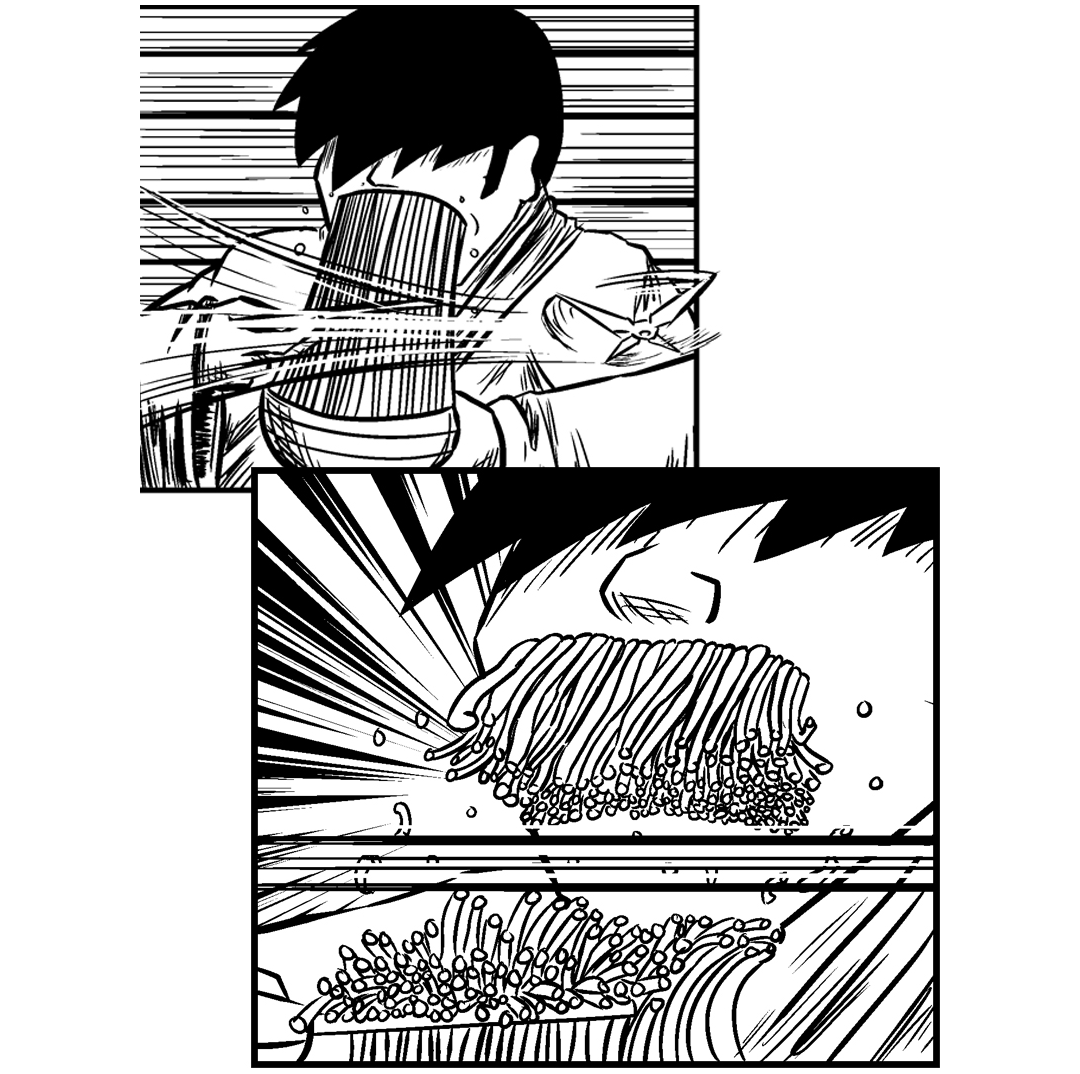 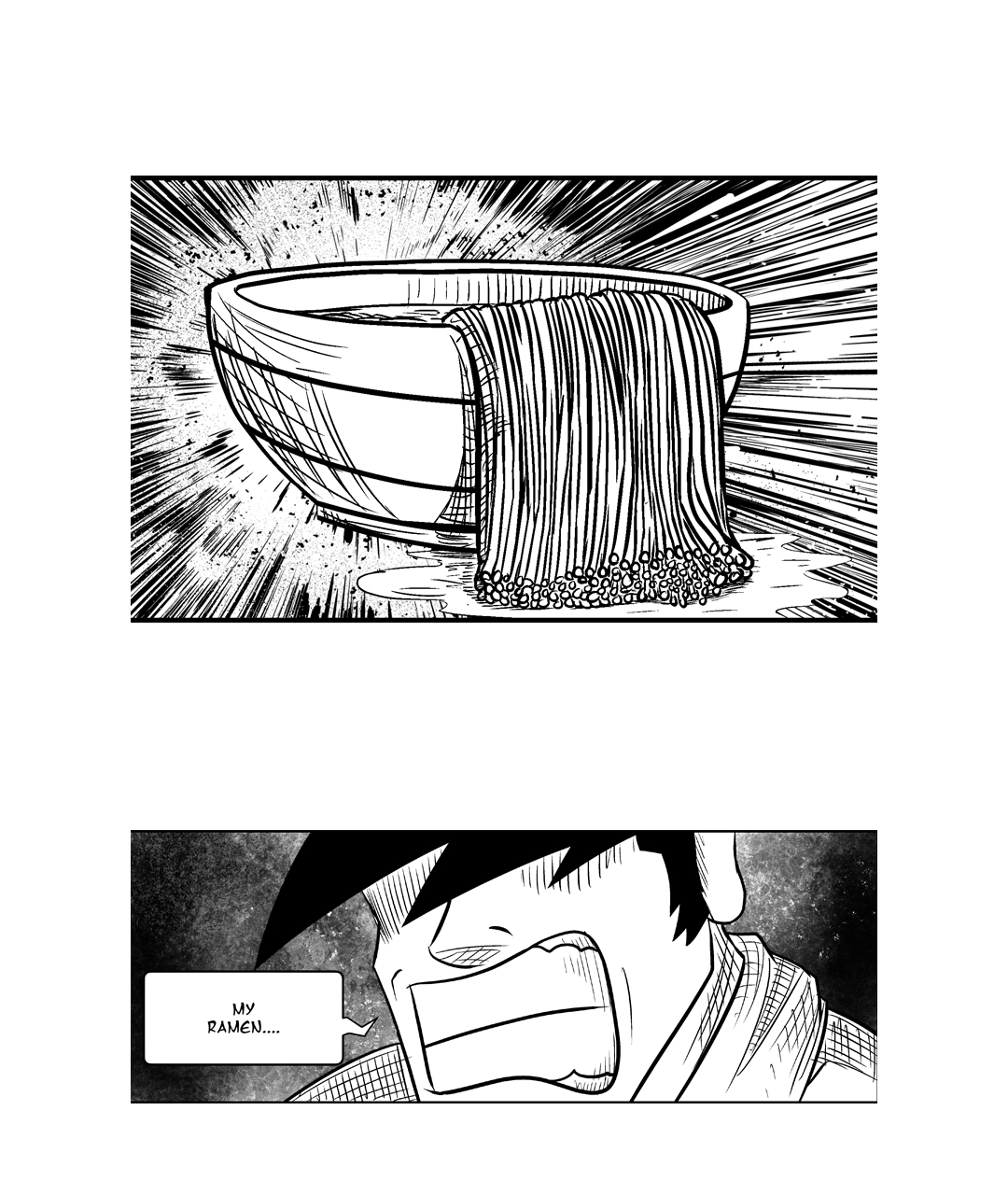 Shotgun Samurai manages to embrace both tradition and modernity, all the while having a good laugh doing it. 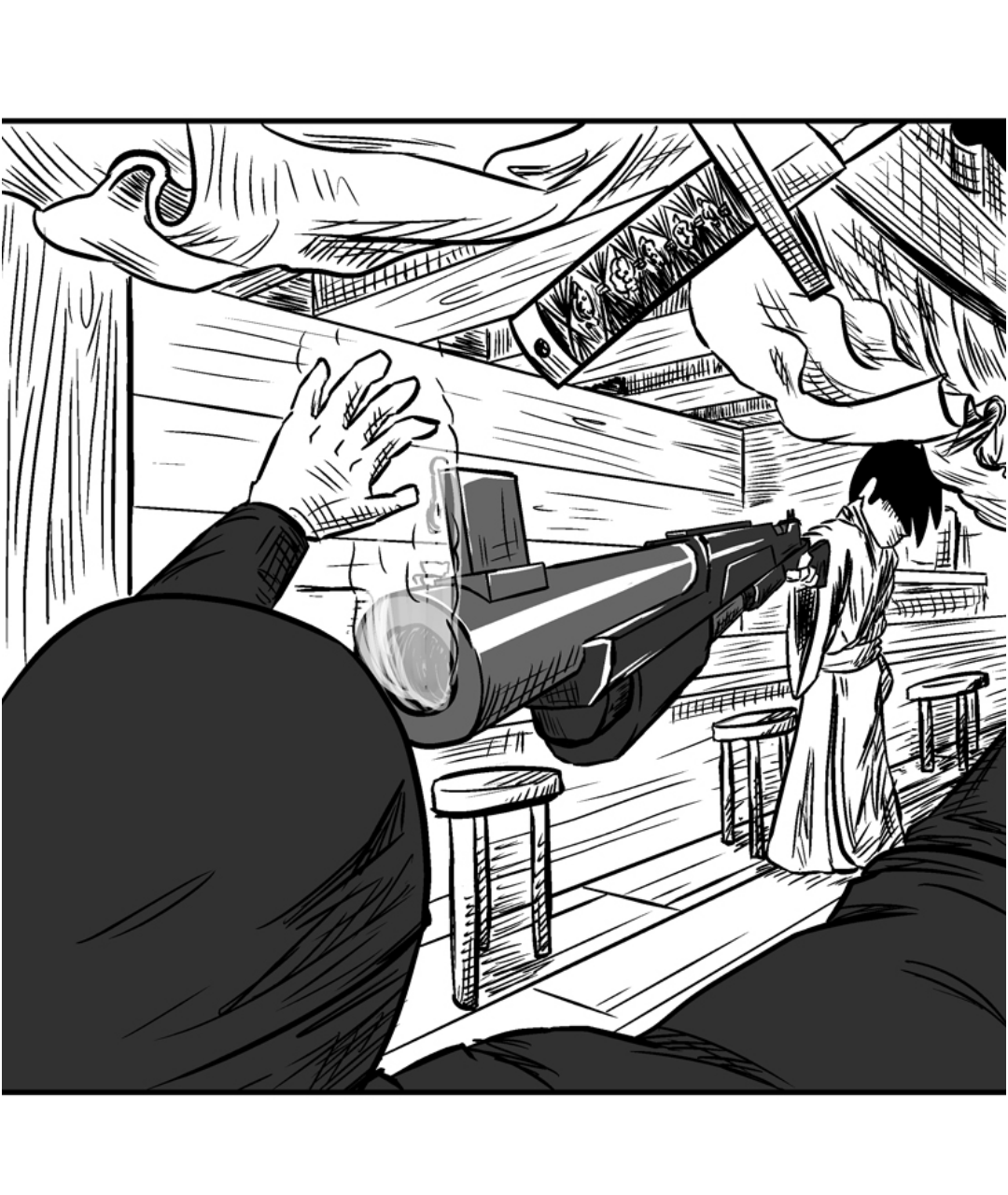 This webtoon is an import for Arktoons, which I first became aware of it through Discord discussions.

Let me tell you, it’s definitely its own thing.

Aging telepath Evil Overlord Xander has traded his youthful US Army career and dreams of using his superpowers to benefit humanity for over-the-hill cynicism and a self-imposed exile on his own private zoo-for-crazy-people, Eynhallow Island.

To his embarrassment, he has suddenly developed a fairly serious case of May-December midlife crisis with a girl who is kind of his prisoner – though technically it’s only kidnapping if she ever tries to leave.

This one is absolutely worth a look.

In June of 1863, the Confederate States of America launched a desperate venture.

While the Union’s Army of the Potomac had been repeatedly repelled, its forces in the West had been more successful. Rivers were the superhighways of the 1800s, and use of them was critical to a country’s economy.

With the entire length of the Mississippi River now under Union control except for the fortress city of Vicksburg, which itself was under siege and standing on its last legs, the Southern forces know that if nothing changed the fortress would fall and the Confederacy itself would be bisected. After that, it would only be a matter of time before the Confederate territories were defeated one-by-one as its economy crumbled to dust. 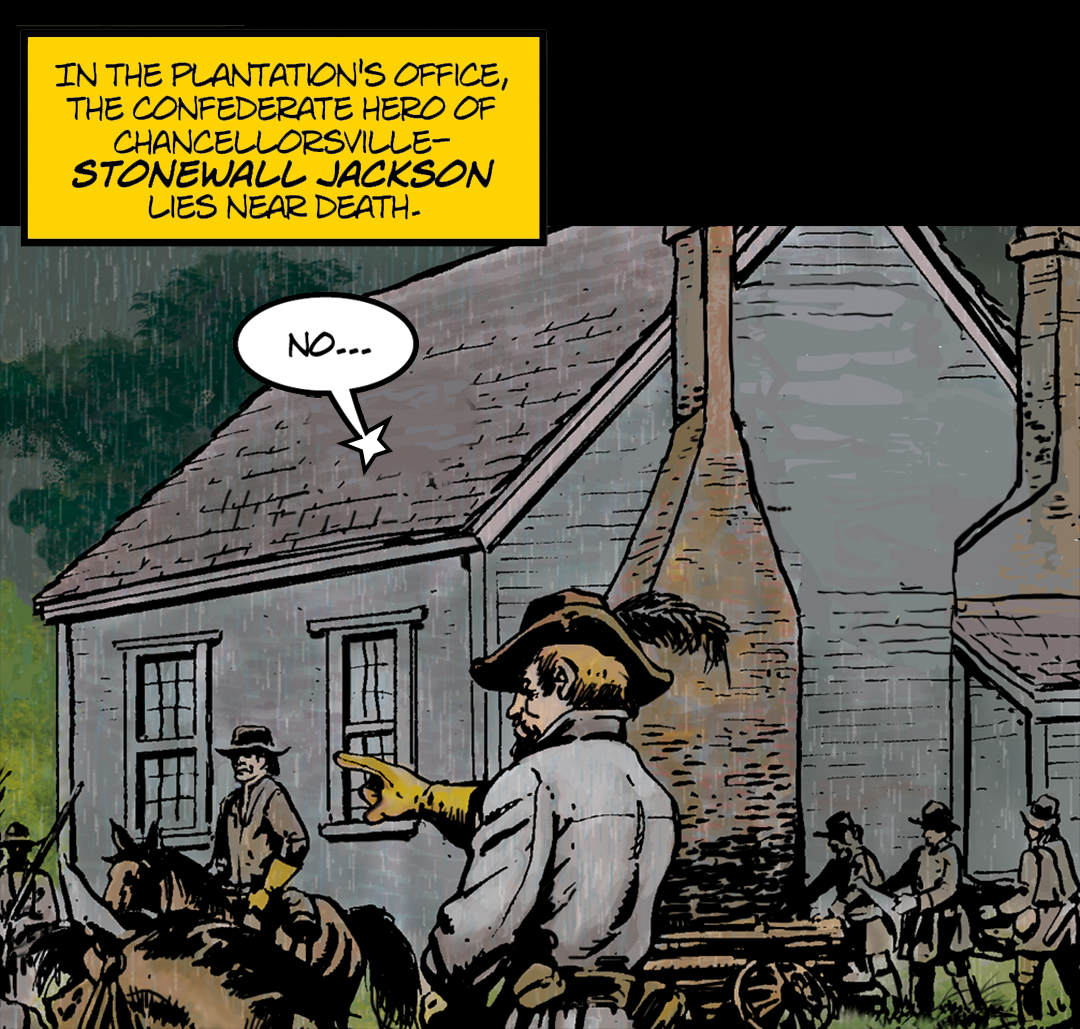 The plan to counter this was simple and daring. The Army of Northern Virginia, under the command of Robert E. Lee, would head north and engage the Army of the Potomac with the goal of annihilating it as an operational force. After that, the troops planned to threaten Washington DC and hope that Grant would bring his Army east, thus lifting the siege of Vicksburg.

Vicksburg fell on July 4th, the same day that Robert E. Lee’s forces were defeated at Gettysburg. Viewed from that perspective, the strategic disaster of Vickburg would have happened even if Lee had had a better day of it in Pennsylvania. 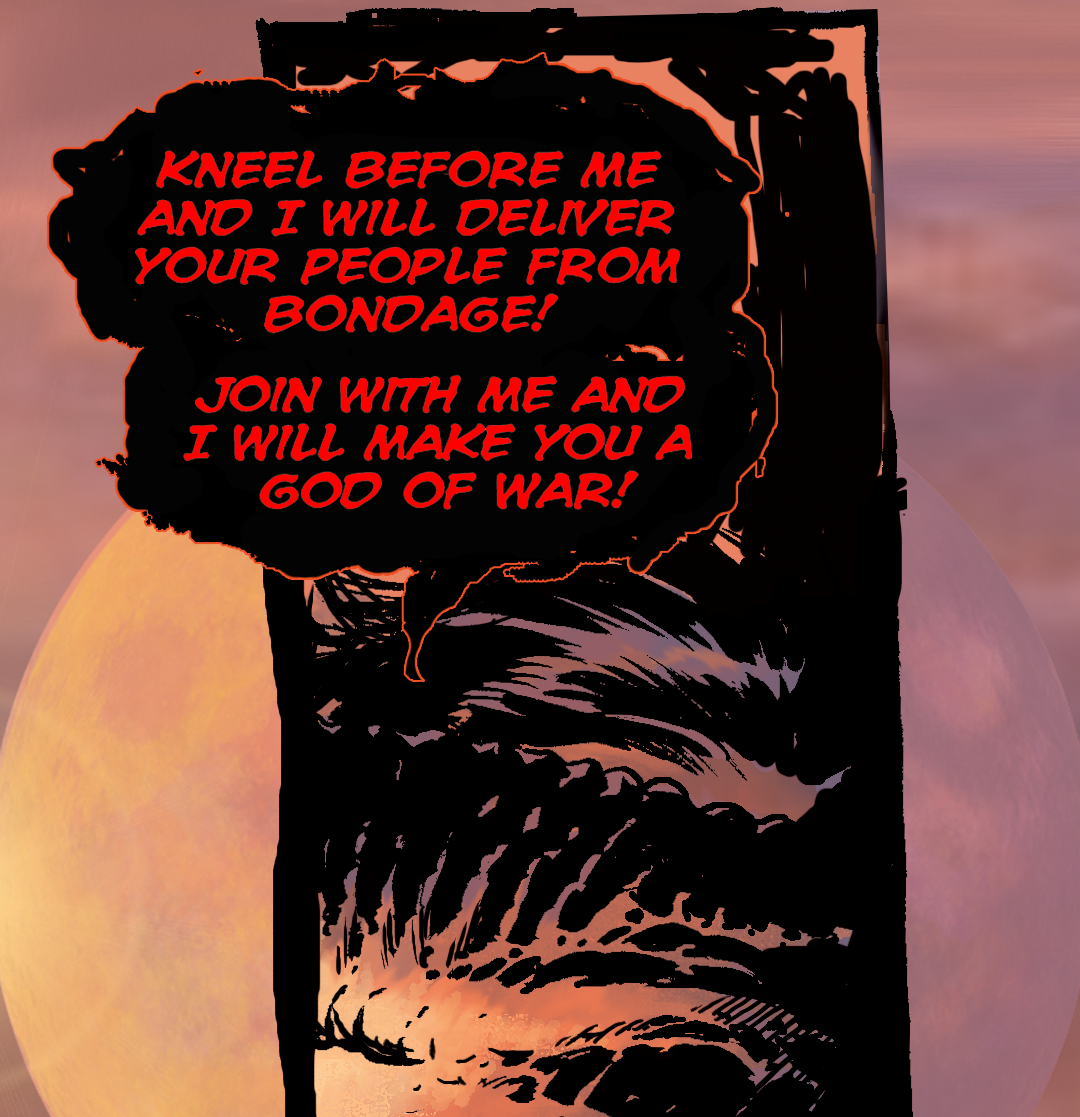 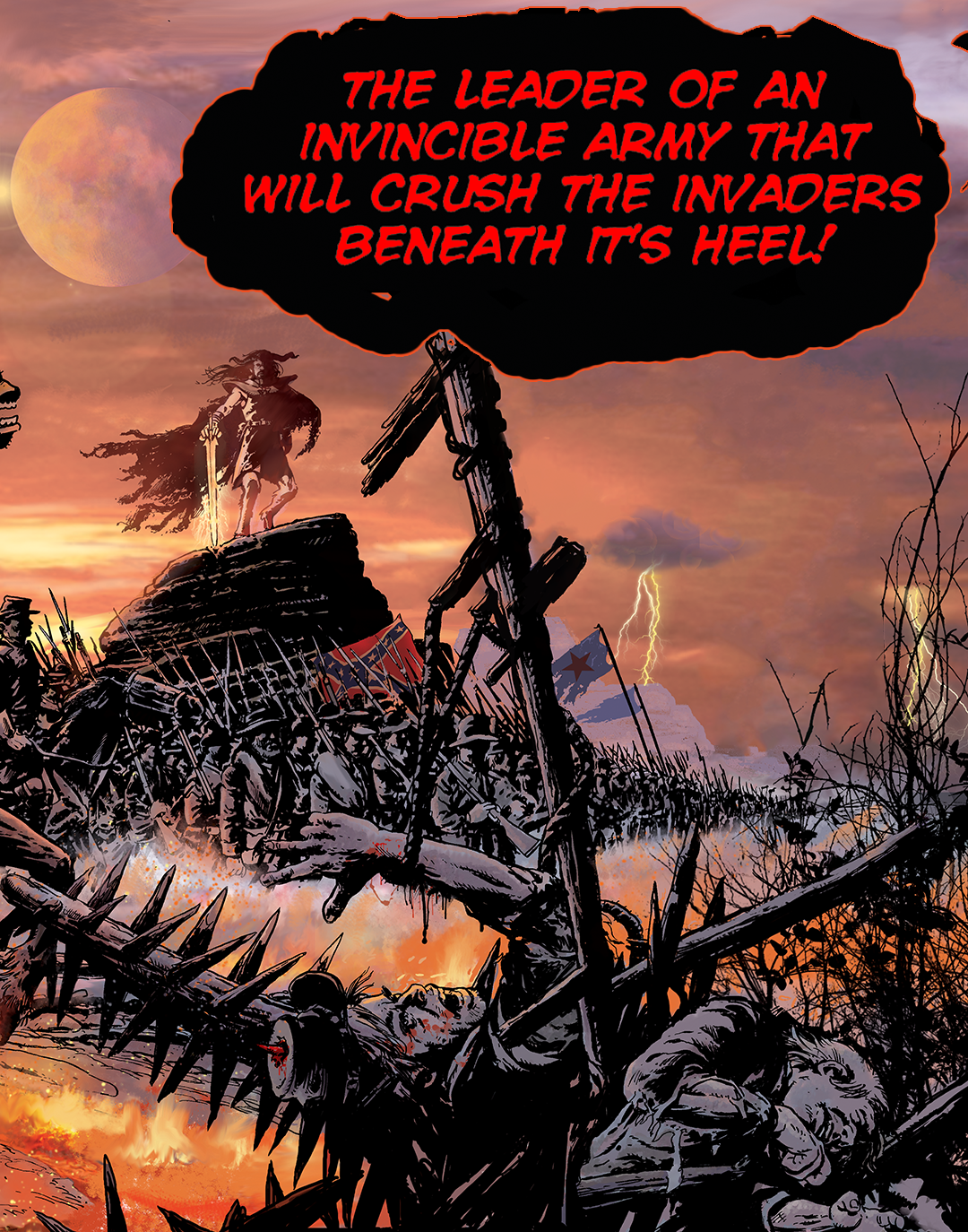 Nonetheless, as the great writer William Faulkner once wrote:  “For every Southern boy fourteen years old, not once but whenever he wants it, there is the instant when it’s still not yet two o’clock on that July afternoon in 1863, the brigades are in position behind the rail fence, the guns are laid and ready in the woods and the furled flags are already loosened to break out and Pickett himself with his long oiled ringlets and his hat in one hand probably and his sword in the other looking up the hill waiting for Longstreet to give the word and it’s all in the balance, it hasn’t happened yet, it hasn’t even begun yet, it not only hasn’t begun yet but there is still time for it not to begin against that position and those circumstances which made more men than Garnett and Kemper and Armistead and Wilcox look grave yet it’s going to begin, we all know that, we have come too far with too much at stake and that moment doesn’t need even a fourteen-year-old boy to think This time…”

But I don’t think most of those boys had this particular,“This time…” in mind. 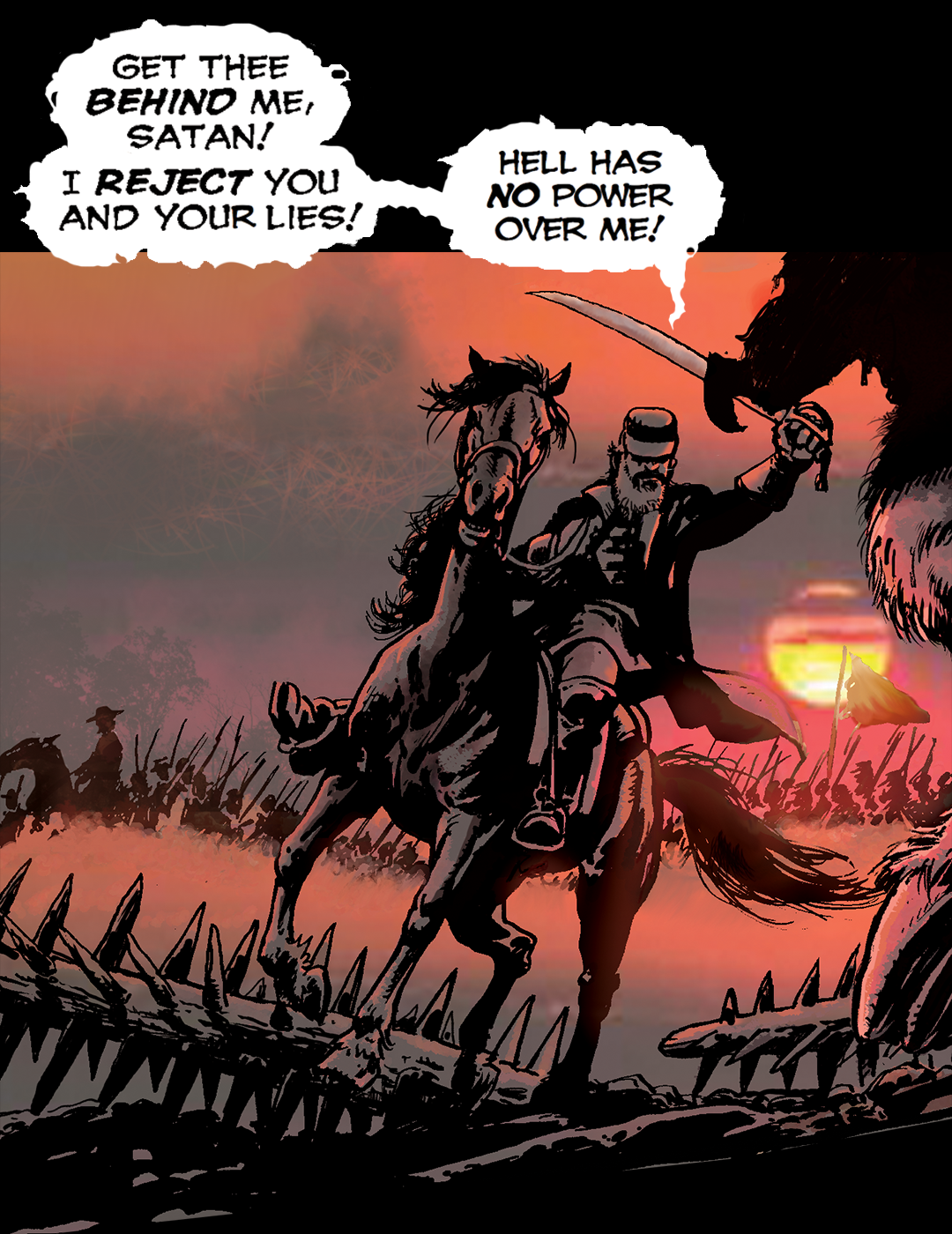 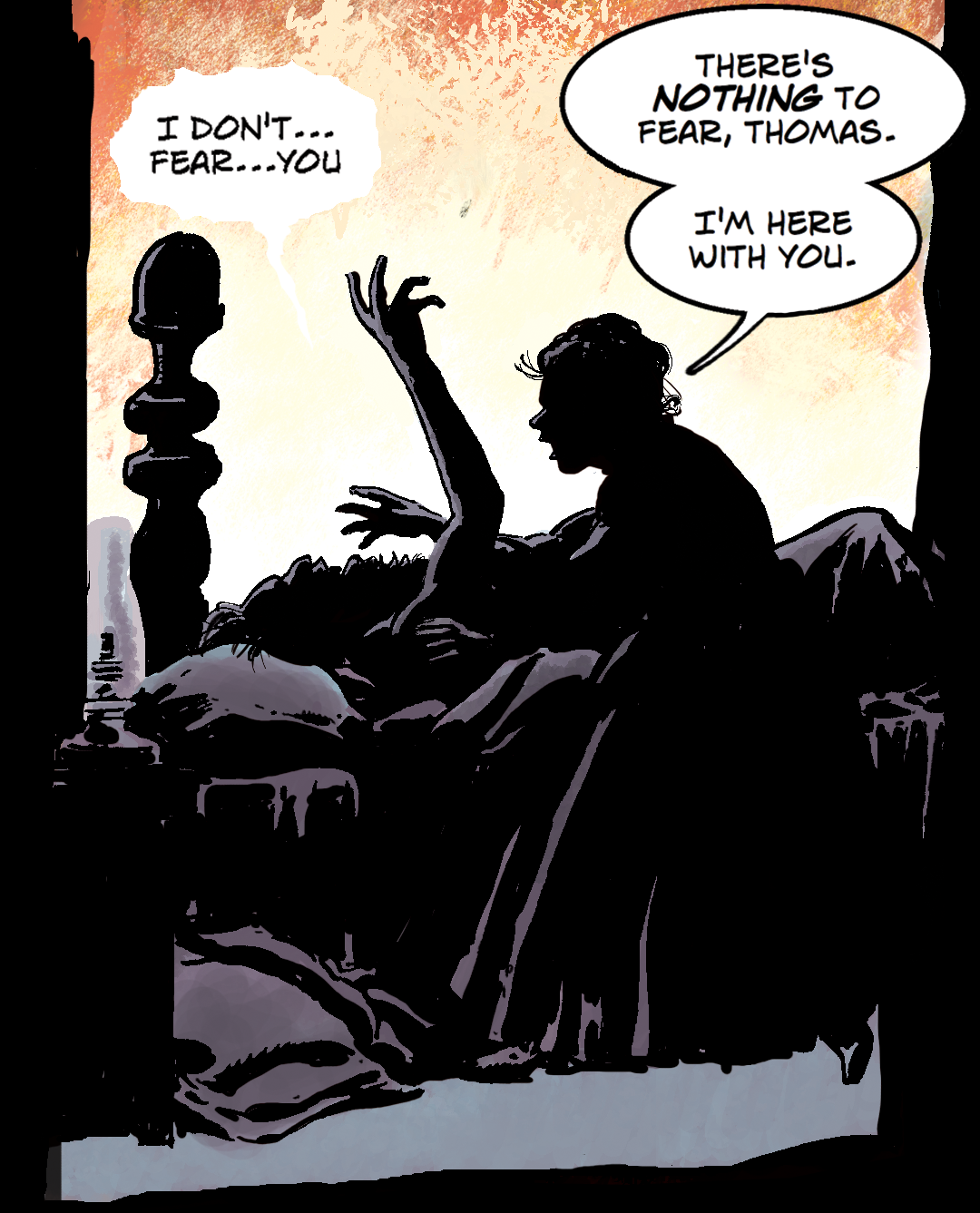 This is a remarkably Christian story that isn’t going to go where you think it will. 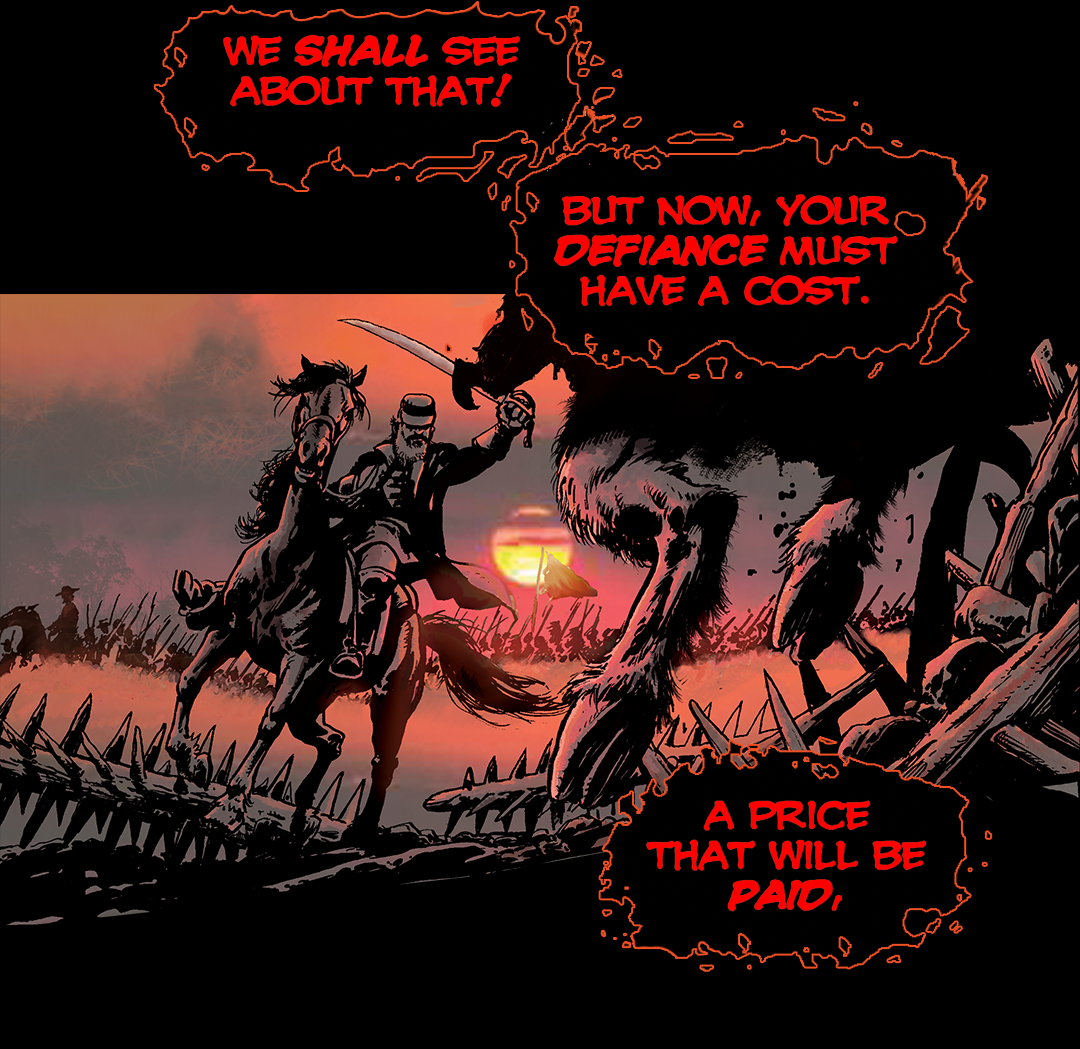 See you next week (probably)!