Variety Awards Editor and the host of The Take Clayton Davis claims the reason why Eternals’ Rotten Tomatoes score is so low because it’s directed by a woman.

The Rotten Tomatoes score for Eternals currently sits at a rotten 50% from 249 reviews with an average rating of 5.60 out of 10. There are 124 fresh scores and 125 rotten scores.

The score falls five points when you look at Rotten Tomatoes’ Top Critics score. It sits at 45% from 55 reviews with an average rating of 5.4 out of 10. There are 25 fresh scores and 30 rotten scores.

With a rotten 50% on the Tomatometer, Eternals is the lowest rated Marvel Cinematic Universe film on Rotten Tomatoes. Thor: The Dark World previously held the title for the worst reviewed film in the MCU on Rotten Tomatoes with a 66%.

Reacting to the poor Rotten Tomatoes, Davis stated, “Critics have weighed in on it and it has been very divisive. Actually drawing the lowest rated Rotten Tomatoes score of any MCU film in history thus far.”

He continued, “First of all Elizabeth, it is not a bad movie in the slightest. I think it’s one of Marvel’s best efforts thus far. It has great action. It focuses a lot on story. It’s diverse, has great characters, all that.”

Davis then claims the reason why the critic scores are so low is because the film is directed by a woman. He explains, “I think this speaks to a larger problem that is in the industry. Any time a woman takes on the action genre, which has been typically made for men to helm, people come harder on that filmmaker when she takes it on.”

“I think its the issue that needs to be addressed because it does not draw that criticism that it’s been receiving,” he added.

Davis’ co-host Elizabeth Wagmeister concurred saying, “I agree with you 100%. Right when you started talking about this I said, ‘Hmm. Imagine that the film that is directed by a woman has the lowest score on Rotten Tomatoes. Not warranted.” 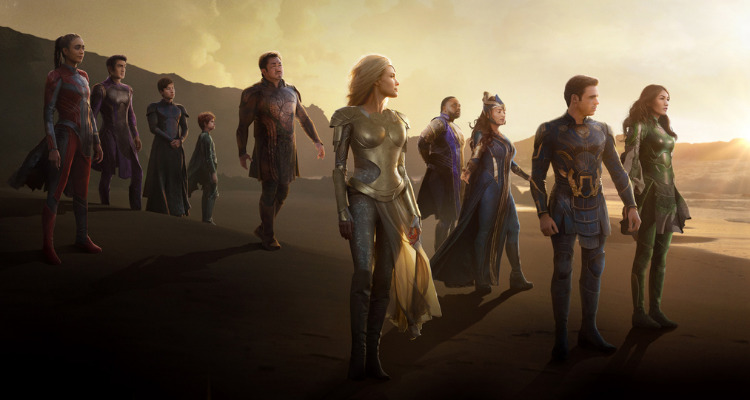 Interestingly enough, despite Wagmeister revealing earlier in the episode she talked to Gal Gadot about Red Notice and her upcoming role as the Evil Witch in Disney’s live-action Snow White adaptation, neither she nor Davis mention Wonder Woman directed by Patty Jenkins.

If the idea that critics are somehow lambasting Eternals because of Chloe Zhao’s gender wouldn’t it stand to reason that Wonder Woman would have terrible critic reviews as well?

Instead the 2017 film has an astounding 93% Tomatometer score.

And even if you want to stay within the Marvel Cinematic Universe, you don’t have to look any further than this year’s release of Black Widow, which was directed by Cate Shortland.

That film has a 79% Tomatometer score from critics. That’s a higher score than Thor, Avengers: Age of Ultron, Iron Man 2, The Incredible Hulk, and Thor: The Dark World.

You can also look at Captain Marvel, which was directed by Anna Boden and Ryan Fleck. Like Black Widow that film has a 79% Tomatometer rating.

How did it receive a higher Tomatometer than the male directed films like Avengers: Age of Ultron and Iron Man 2 if the reason for critics not liking Eternals is simply because of a woman director?

Davis and Wagmeister’s opinion simply does not align with the evidence. It’s possible that like Eternals actor Kumail Nanjiani they are attempting to build a narrative to deflect blame from the film if it happens to do poorly at the box office. 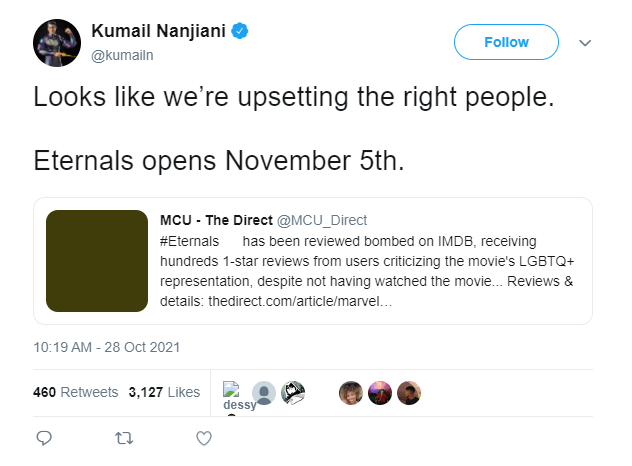 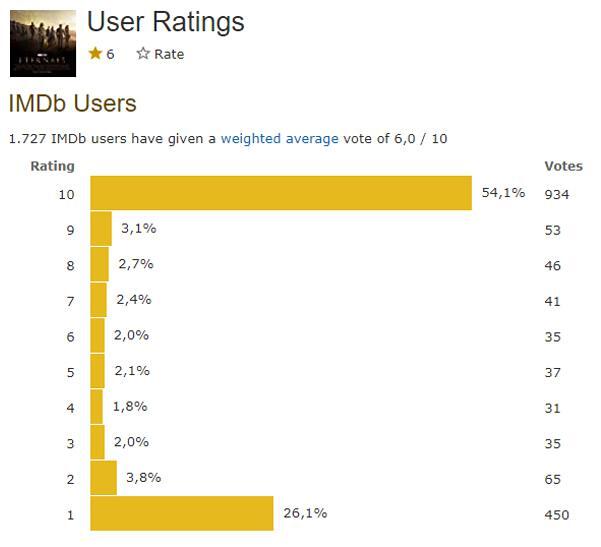 What do you make of Davis and Wagmeister’s comments?