With the upcoming release of the newest Star Trek novel, Marvel and DC Comics writer Magdalene Visaggio is set to be introduced to the long-running sci-fi franchise as its first canonical trans woman character. 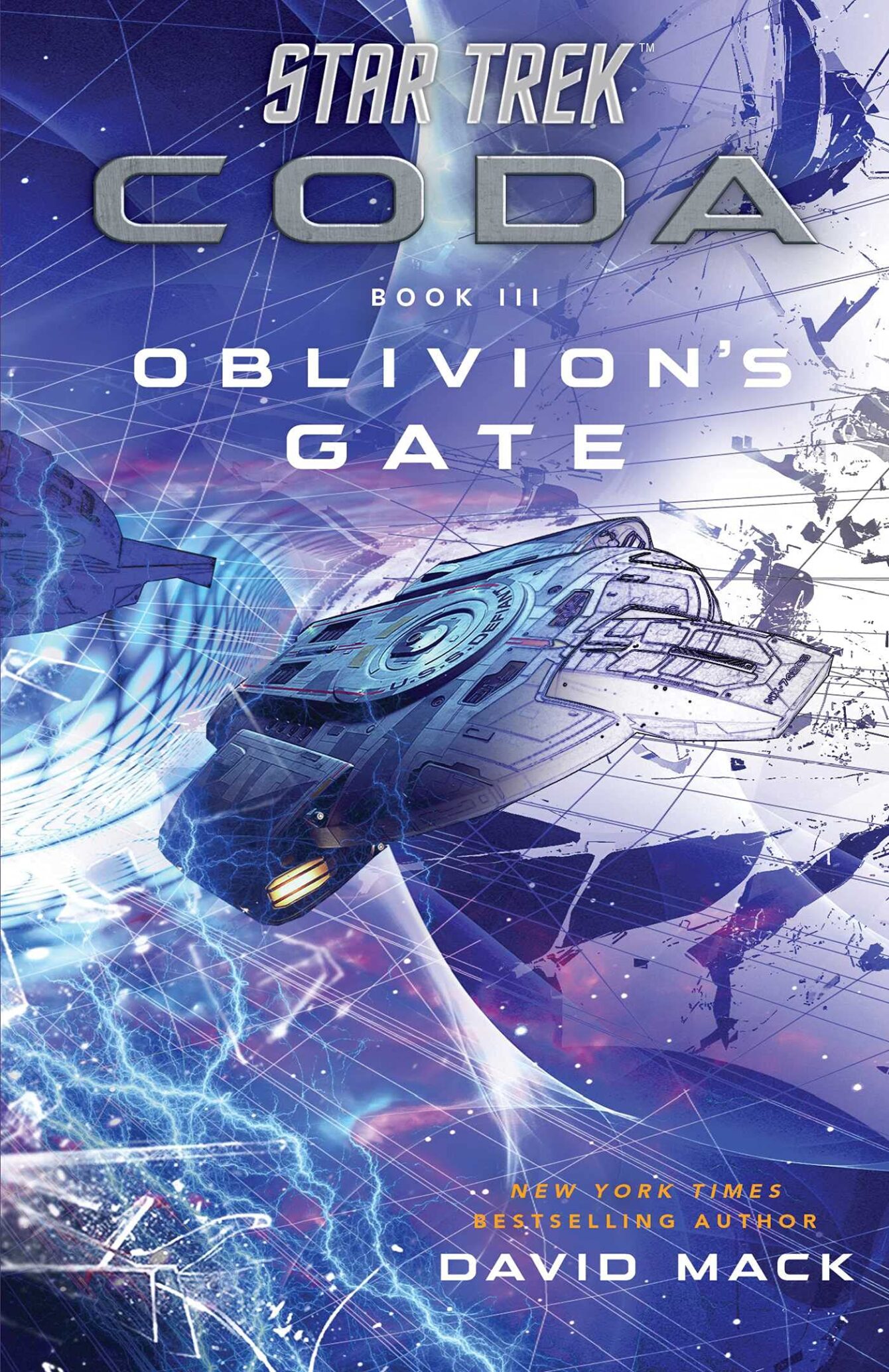 Visaggio will make her Star Trek debut on November 30th in David Mack’s Star Trek: Coda: Book 3: Oblivion’s Gate, the third and final entry in the The Next Generation/Deep Space Nine Coda crossover trilogy, appearing briefly as a chief petty officer serving in Engineering aboard the USS Enterprise-E.

Though the book has yet to be released to the public, Visaggio shared the passage featuring her cameo to her personal Twitter account on November 24th, exclaiming, “No big deal I’m just in STAR TREK NOW. Thanks @DavidAlanMack!” 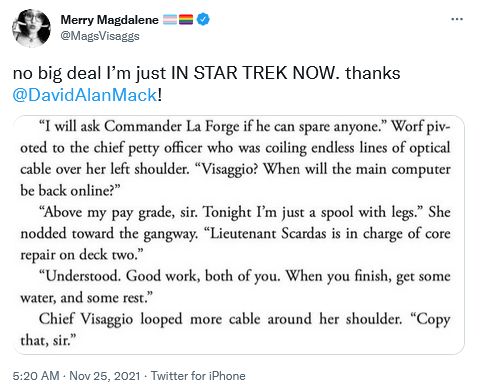 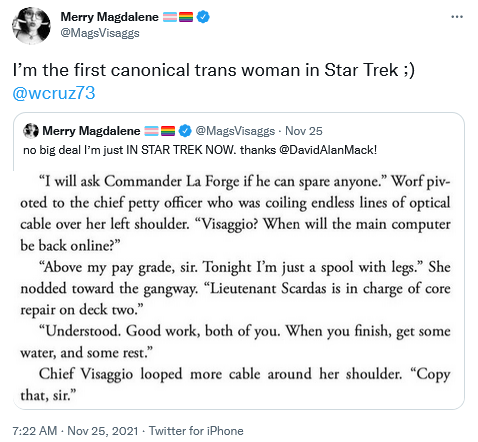 The passage, which sees Worf ask the Engineer for an estimated time as to when the ship’s main computer would be back online before telling her to get some rest, can be read below:

“I will ask Commander La Forge if he can spare anyone.” Worf pivoted to the chief petty officer who was coiling endless lines of optical cable over her left shoulder. “Visaggio? When will the main computer be back online?”

“Above my pay grade, sir. Tonight I’m just a spool with legs.” She nodded toward the gangway. “Lieutenant Scardas is in charge of core repair on deck two.”

“Understood. Good work, both of you. When you finish, get some water, and some rest.” 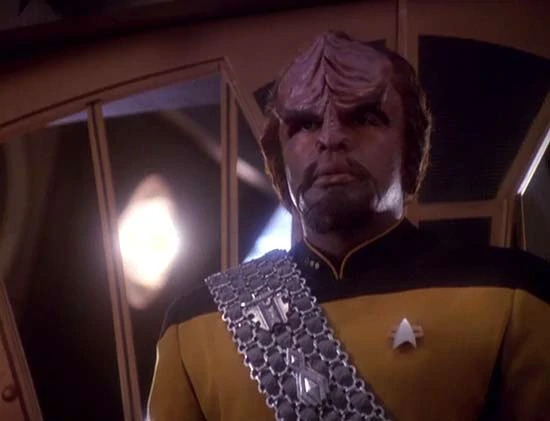 The intentional reference was also confirmed by Mack himself, who tweeted, “Heroic members of our Starfleet crews in OBLIVION’S GATE include personnel named in honor of LETTERKENNY co-creator Jared Keeso, VAGRANT QUEEN creator @MagsVisaggs, and fellow fantasy author @drslayton” amidst an ongoing thread identifying the characters in the book he had named after real people. 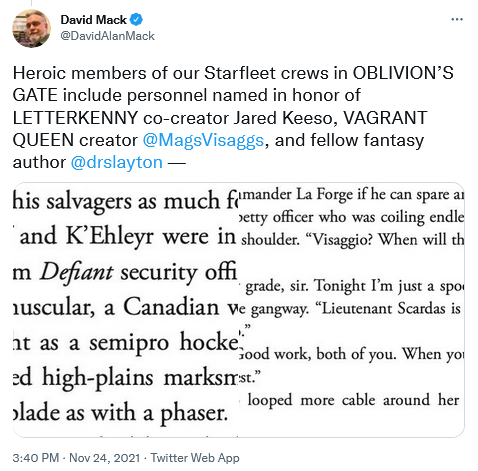 What do you make of Visaggio’s canonization within Star Trek lore? Let us know your thoughts on social media or in the comments down below!