According to actor LeVar Burton, the fact that his Star Trek: The Next Generation character Geordi LaForge never found love during the series’ seven season run was an act of unconscious racism perpetrated against him by “those white men who wrote the show” – despite the fact that only three of the Enterprise’s crew members, including Captain Picard, ended their tenure having found love where no man has gone before. 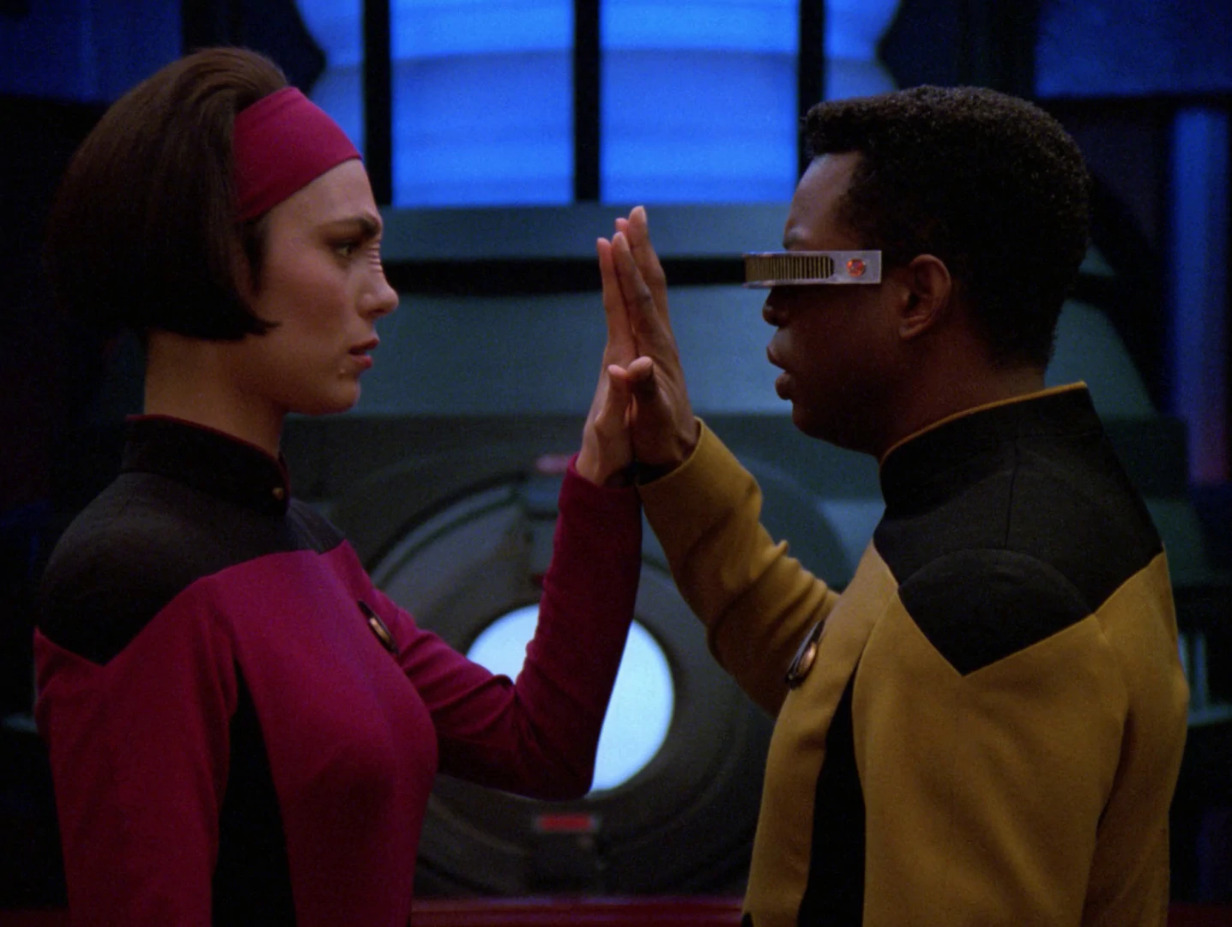 Source: Star Trek: The Next Generation Season 5 Episode 24 “The Next Phase” (1992), Paramount Pictures

Burton broached the subject of race in Star Trek during an interview with Rolling Stone, published on November 26th, given in promotion of his upcoming gig hosting the latest game show adaptation of Trivial Pursuit.

After briefly lamenting how there will still no plans for him to reprise his role as LaForge for Star Trek: Picard, the actor was asked by associate editor Angie Martoccio to share what he found to be the “most special thing about attending Star Trek conventions,” to which he recalled just how much the overall franchise meant to him. 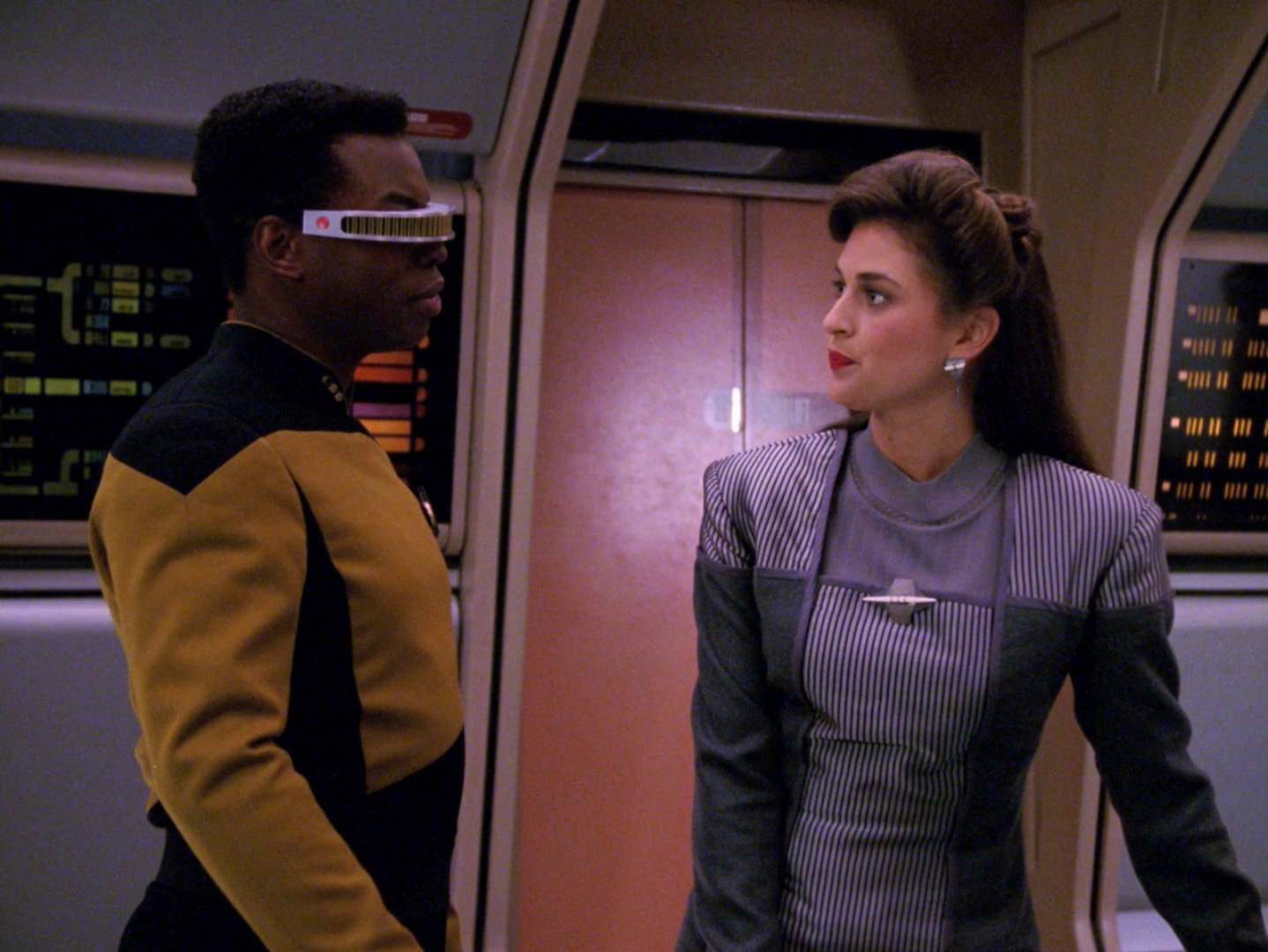 “You have to understand that [in my] family, we watched Star Trek religiously,” said Burton. “If I wasn’t appearing at these conventions as part of the storytelling, I’d be on the other side as a fan in those rooms. Star Trek was really important to me growing up, because what Gene Roddenberry was saying to me was, ‘When the future comes, there’s a place for you.’”

“That’s huge,” he asserted. “Representation f–king matters. It does. Me being able to see myself in [original cast member] Nichelle Nichols was not simply inspiration, it was validation. That’s how powerful the medium can be.” 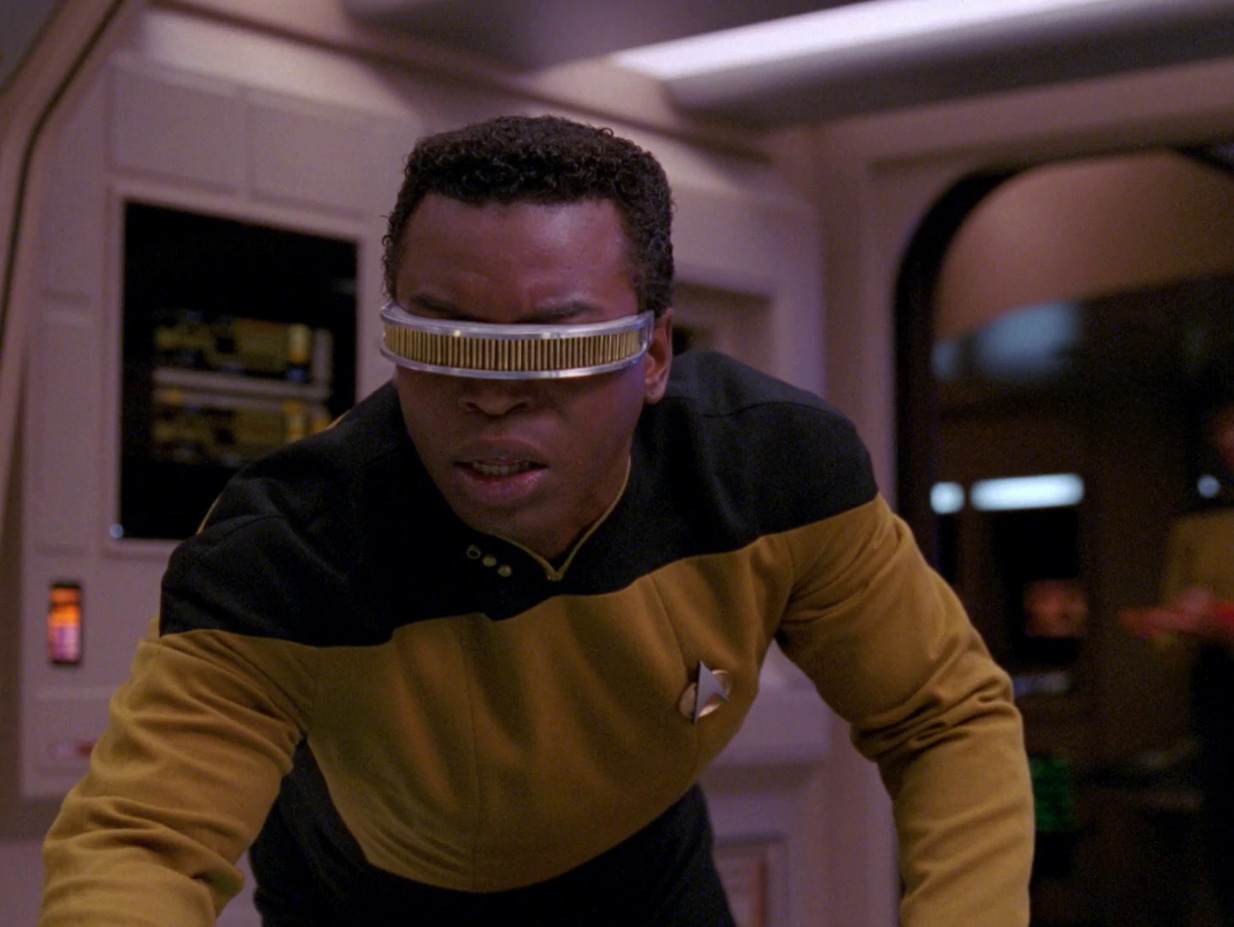 However, Burton’s outlook on Star Trek soon soured when Martoccio next inquired if the actor would make any changes to Geordi if The Next Generation was currently in development, a question he met with the assertion, “Yeah, he’d get laid.”

After Martoccio then commented that it was “pretty weird that Data, an android, got laid more than Geordi,” Burton responded, “Weird? It’s Insulting,” before leveling an accusation of racism against the series’ writing staff.

“Whether they are aware of it or not, those white men who wrote the show had an unconscious bias that was on display to me and to other people of color,” he declared. “Their blind spot is revealed in the fact that a Black man never was successful at one of the basic and most … My wife says, ‘There’s a lid for every pot.’ It’s true. The idea that Geordi never found a lid for his pot is ludicrous. It’s preposterous, and it’s insulting.”

Further, in reply to a slight piece of pushback from Martoccio, wherein she noted that LaForge’s ‘single’ status may have had something to do with how he “did some creepy things — like creating his dream woman in the Holodeck and trying to date his subordinate,” Burton claimed, “And that’s part of the problem, right?”

“In their attempts to be cute, they inadvertently created an aspect of Geordi’s character that is very uncomfortable,” he added. 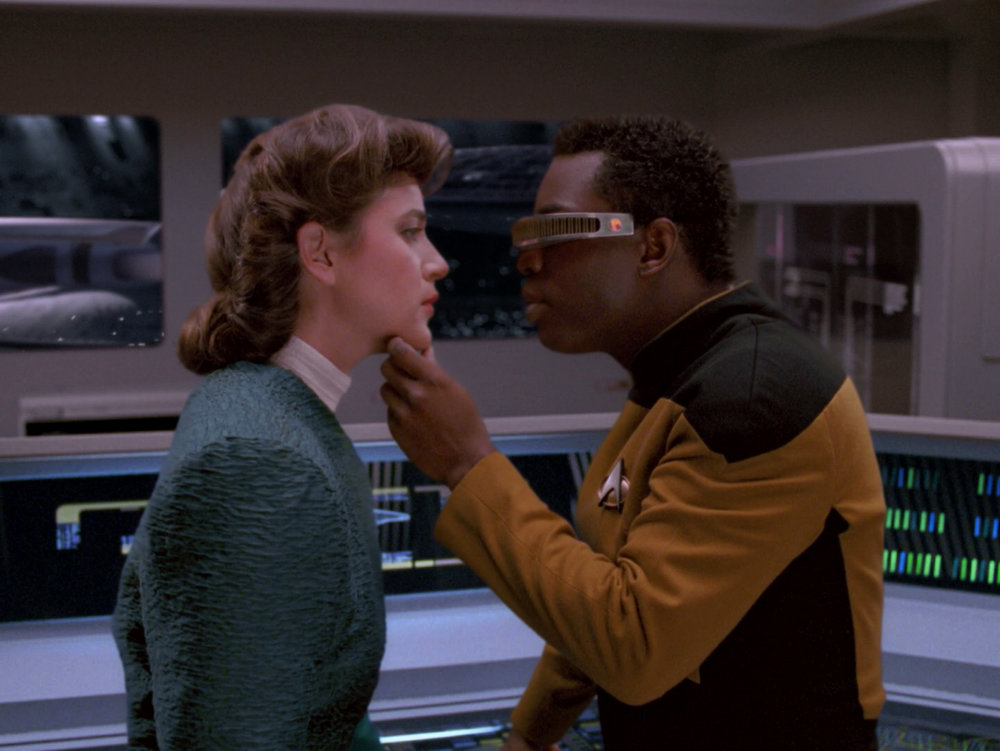 Bizarrely, it seems as if Burton has forgotten the very canon of the show he not only starred in, but has now taken to criticizing, as outside of Deanna Troi and William Ryker, who found love in each other, and Worf, who married the late Jadzia Dax prior to her assassination by Gul Dukat in Deep Space Nine, the particular trait he believes is exclusive to LaForge is actually shared near-universally by The Next Generation’s principal cast.

By the end of Star Trek: Nemesis – the last full production dedicated to The Next Generation crew prior to the premiere of Star Trek: Picard – no one between Picard, Data, Wesley, and Beverley (who, as seen throughout the show’s run, had come to terms with moving on following the death of her late husband, Jack) had found love or married.

In fact, as of the 2020 conclusion of Picard’s first season, the aforementioned characters’ marital status has remained unchanged – though, this is admittedly liable to change prior to the spin-off’s eventual conclusion.

What do you make of Burton’s belief that LaForge ending up alone was an act of racism by Star Trek’s writers? Let us know your thoughts on social media or in the comments down below!