Novelist John Scalzi, known for his Old Man’s War series and being the former president of the Science Fiction and Fantasy Writers of America, recently claimed he would brag about advancing his career with BJs. 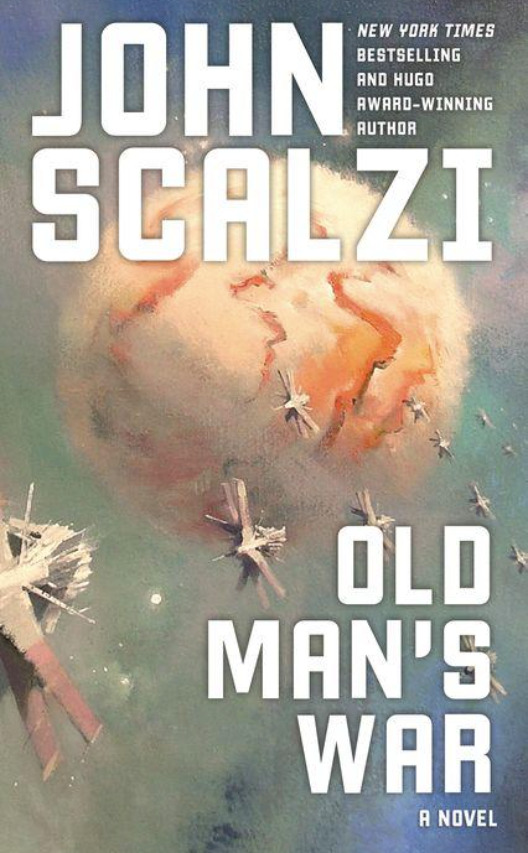 “Not true, but if it were, it means just a couple of BJs got me a multi-book, multi-million dollar contract, which is a hell of an endorsement of my oral skills,” the novelist continued.

He concluded, “I’d definitely brag that s***t up, folks.” 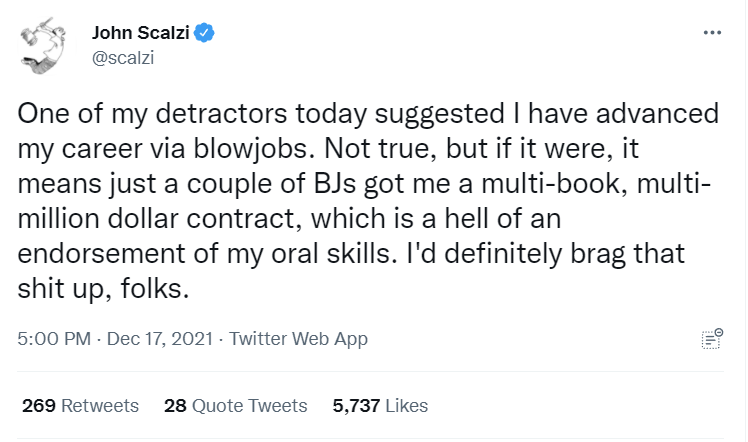 In a subsequent tweet, he added, “Update: Now watching a different detractor confidently lecturing others about my financial situation. Their fanfic version of Scalzi is apparently barely scraping by because he hasn’t actually had any new money coming in since 2015.”

“Poor fanfic me! I should lend him some money,” he concluded. 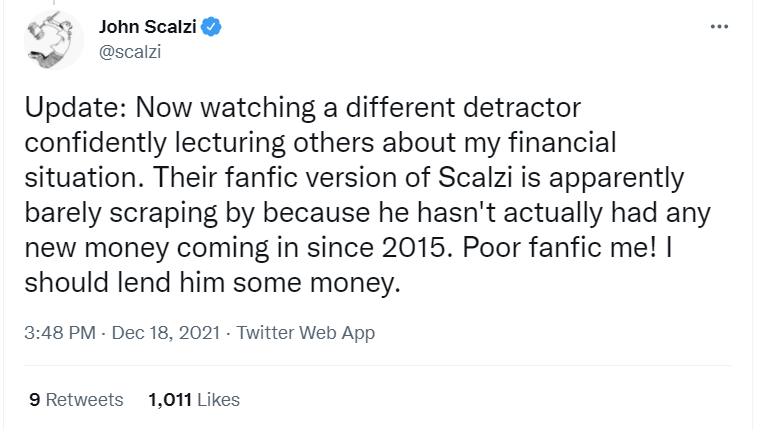 Fellow novelist Jon Del Arroz, the creator of The Aryshan War and The Saga of the Nano Templar reacted to Scalzi’s tweets on his YouTube channel.

Del Arroz stated, “John Scalzi has now implied that he would in fact offer men oral sex for money. So, everything we’ve said about Scalzi validated in one tweet.”

While reading a response to Scalzi’s original tweet, Del Arozz stated, “This is disgusting, obviously. And I disavow all this crap.”

In a subsequent tweet he added, “(More seriously, I suspect ‘mostly straight’ is ‘Romantically/emotionally available to the opposite sex only, but okay with fooling around with the same sex if it comes about.’)”

Shocking no one, Scalzi would be criticized for this opinion by Twitter user Alan Wexelblat who stated, “And please don’t judge people for the kinds of relationships they choose to have with people of different genders. Thanks.”

Scalzi replied, “I want people to be happy with whomever makes them happy.” 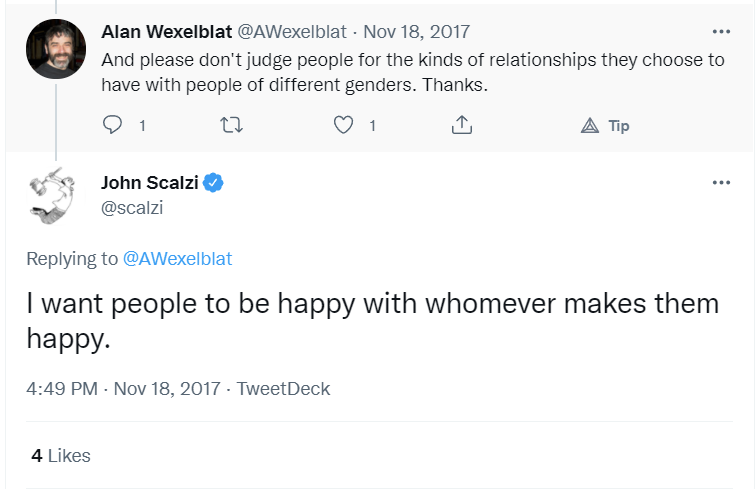 Wexelblat then responded, “I think I understand and appreciate your idea but I feel your phrasing isn’t conveying that message. The original study headline felt hurtful and continued the long chain of bi erasure.” 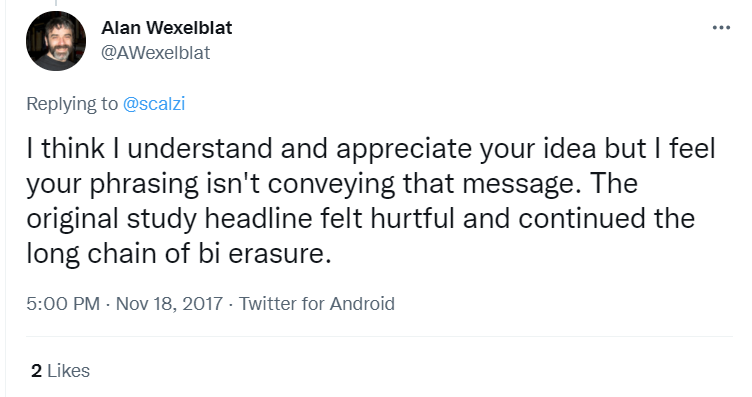 NEXT: WorldCon Apologizes And Pays The Piper In Settlement With Jon Del Arroz