The CW, the television network jointly owned by ViacomCBS and WarnerMedia, is up for sale following the network’s embrace of wokeness and nearly all of their shows’ ratings and viewership plummeting.

It was first reported by The Wall Street Journal that both ViacomCBS and WarnerMedia were exploring the option of selling the network.

Joe Flint detailed, “AT&T’s WarnerMedia and ViacomCBS Inc. are exploring a possible sale of a significant stake or all of the CW Network, which they jointly own, according to people familiar with the matter.”

Flint went on to write, ” Among the suitors is Nexstar Media Group Inc., the nation’s biggest broadcaster and a large owner of affiliates of the network, the people close to the talks said.”

The report was all but confirmed by CW boss Mark Pedowitz in a memo he sent to CW employees that was obtained by The Hollywood Reporter.

In the memo, Pedowitz wrote, “I am sure you have seen the recent speculation in the press around The CW, so I wanted to take the opportunity to address this with you directly and share with you what we know.”

He then stated, “First, as many of you are aware, over the past year or so, this transformative time in our industry has led to a series of business activity across media and content companies. Given that environment right now, ViacomCBS and Warner Bros. are exploring strategic opportunities to optimize the value of their joint venture in The CW Network. It’s too early to speculate what might happen, but we promise to keep you updated as we learn more.”

“So, what does this mean for us right now?   It means we must continue to do what we do best, make The CW as successful and vibrant as we have always done. We have a lot of work ahead of us – with more original programming than ever, this season’s expansion to Saturday night, our growing digital and streaming platforms – and we thrive when we come together and build The CW together,” Pedowitz concluded. 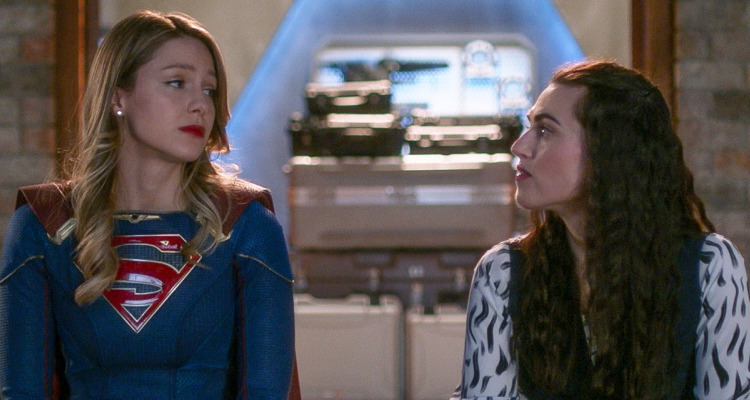 RELATED: The Flash Season 7 Clip Mocked For Its “Power Rangers” Level Of Quality

Pedowitz’s apparent confirmation of the original The Wall Street Journal report comes as pretty much all of The CW’s scripted series have seen their ratings plummet.

As TV Series Finale reports, Walker, their best series has seen it viewership decline by almost 30% year over year. It’s average views per episode is currently 934,000. and it has a .12 rating in the 18-49 age demographic.

Walker isn’t the only series to sees its ratings nosedive. The Flash dropped by over 12% year over year. All American decline by 18%, Batwoman, whose ratings were already in the toilet still declined by nearly 10%.

Legacies has seen an over 30% decline, Nancy Drew’s ratings have dropped by nearly 30%, and Riverdale’s have declined by over 35%. 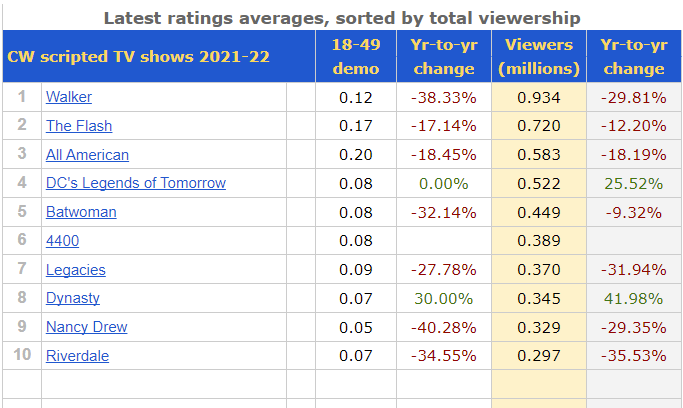 The decline in their shows’ ratings across the board is not isolated to this current season of Television. Only two scripted shows in the 2020-2021 season did not see their ratings decline. 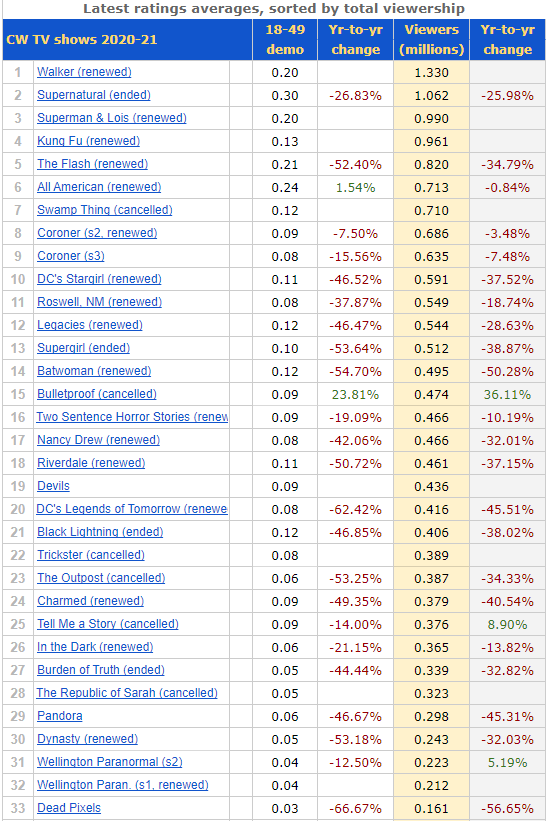 The constant decline was also seen during the 2019 to 2020 season. Only Whose Line Is It Anyway and All American saw their viewership increase. 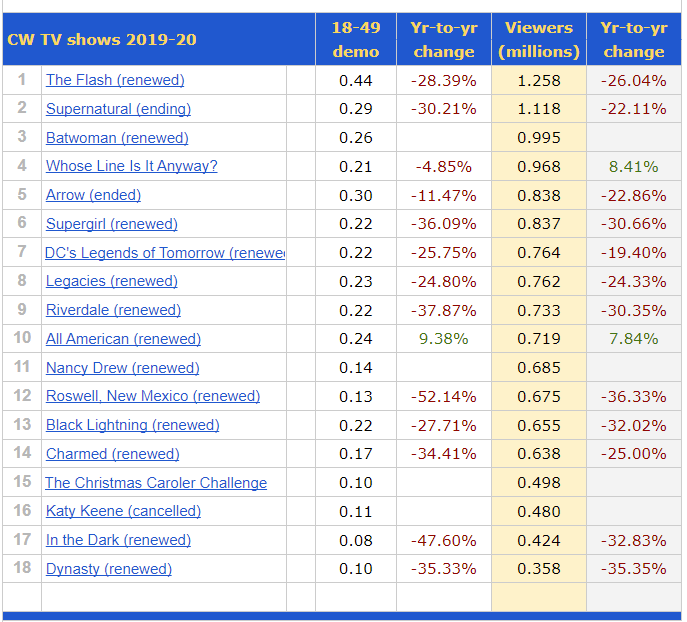 What do you make of this news that The CW is for sale?

NEXT: The Flash Actress Candice Patton Claims The CW Prohibits Her From Showing Midriff