If you’re a Star Trek fan looking for a cringe-inducing way to brag about being fully vaccinated against COVID-19 as if it were some replacement for a personality, then good news, because Star Trek fan film-centric studio Ares Studios has you covered. 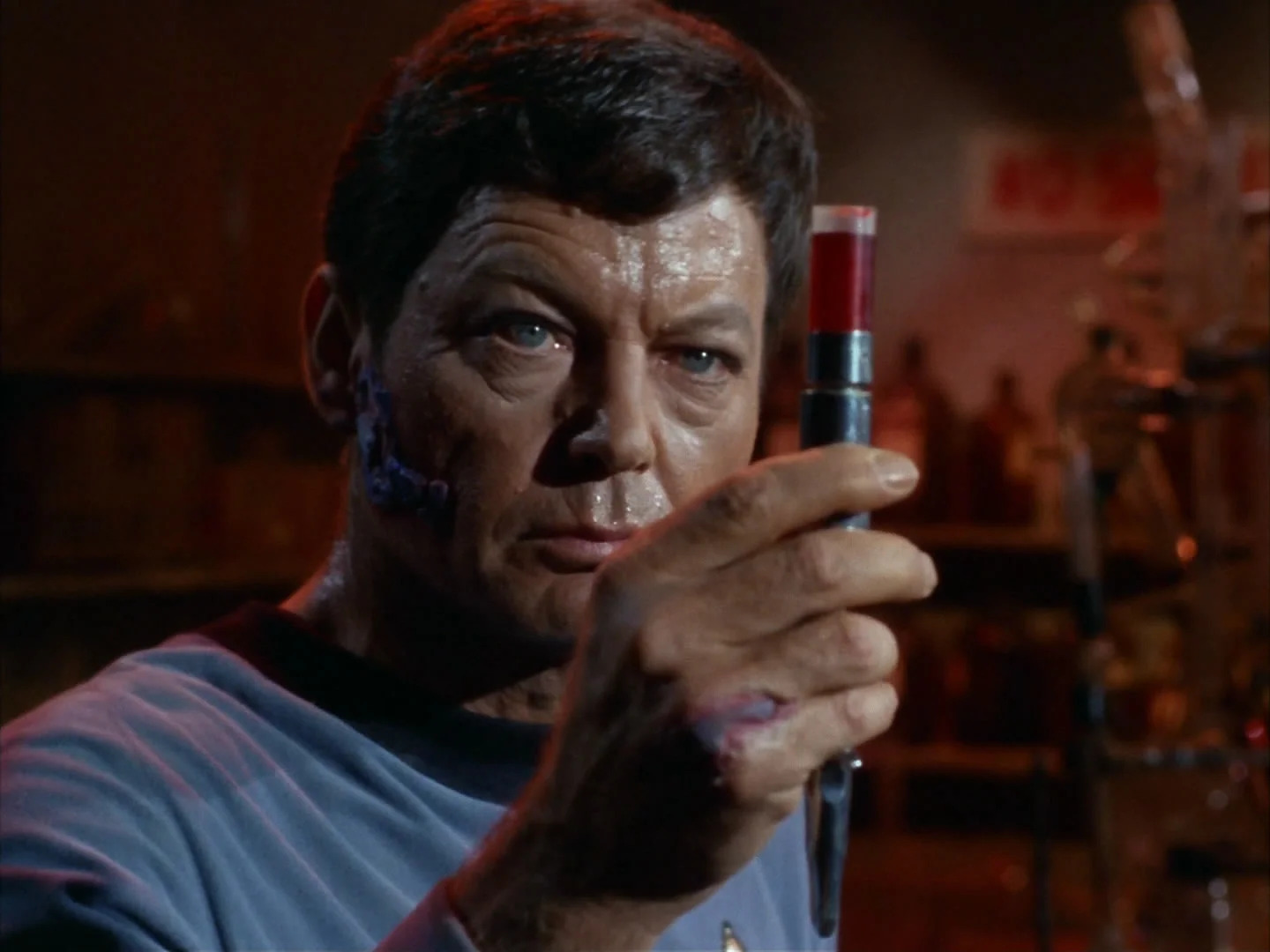 RELATED: Star Trek: The Next Generation Star LeVar Burton Says Geordi LaForge Never Finding Love Was Racist: “Those White Men Who Wrote The Show Had An Unconscious Bias That Was On Display To Me And To Other People Of Color” 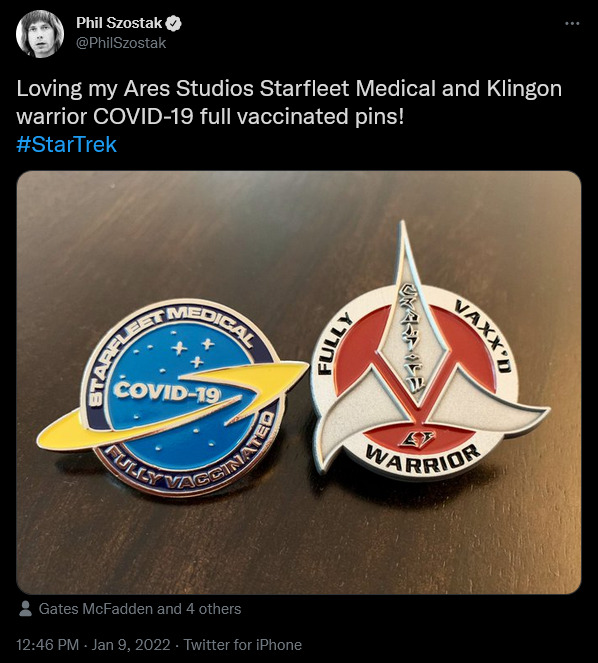 Unsurprisingly, Szostak’s tweet was met with a clamoring from like-minded fans who wanted to know where they could get the pins for themselves, prompting Ares Studio to begin tweeting out the link to their webstore. 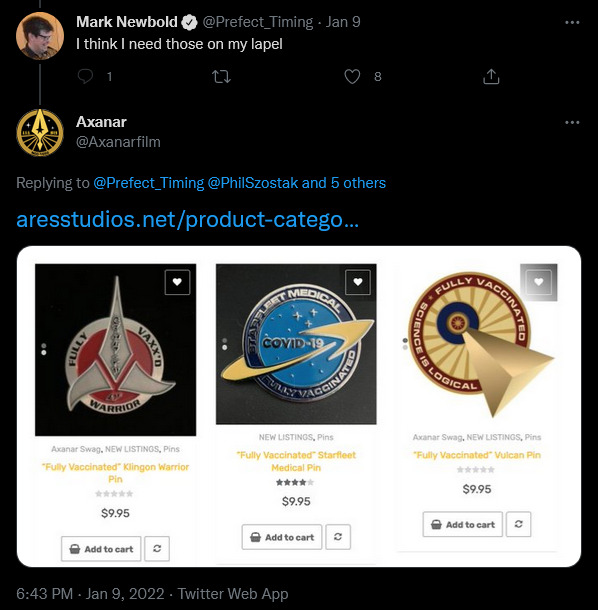 A set of three, each pin and features an emblem from a different Star Trek faction alongside a declaration that the wearer is either a “fully vaxx’d warrior” from the Klingon Empire, a “fully vaccinated” member of the Starfleet medical team, or a fully vaccinated servant of the Vulcan High Command who believes that “science is logical.” 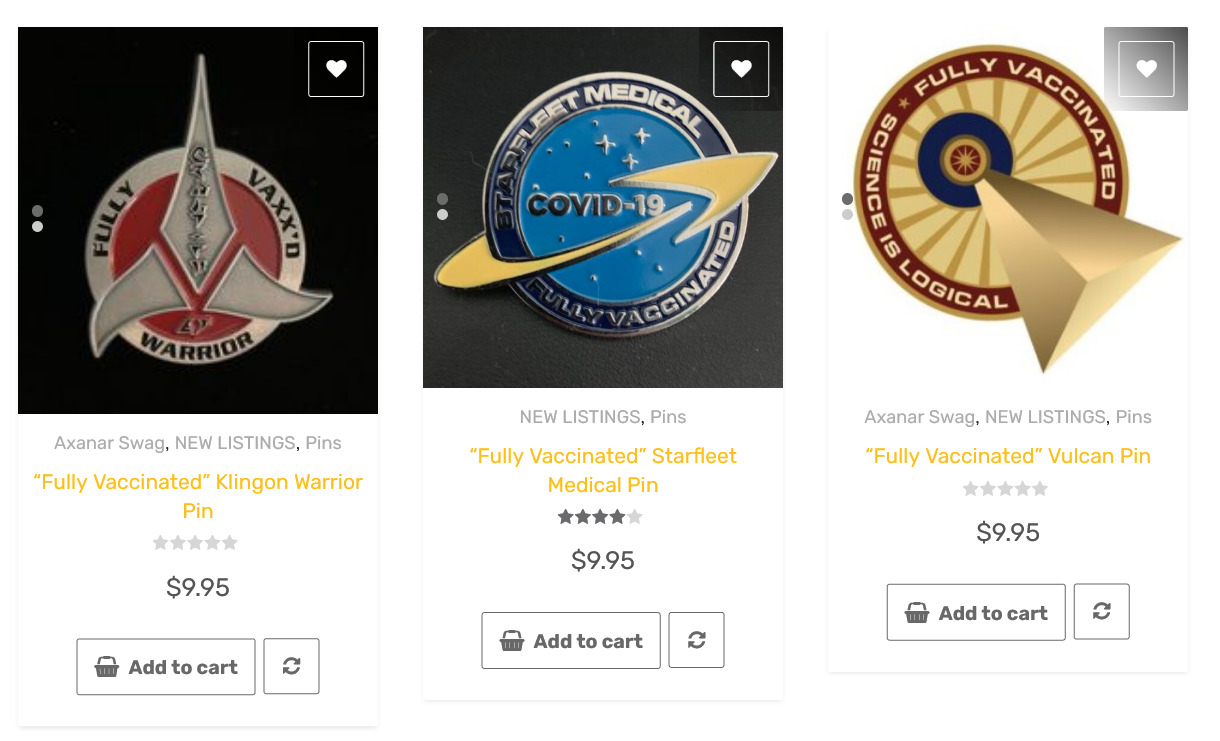 According to a recent tweet from Star Trek fan series Axanar, which exclusively shoots at Ares Studios, it appears as if even more pins may be put into production.

In response to a fan who lamented “I only wish there had been one with the Captain’s insignia,” Axanar asserted, “We can work on that!” 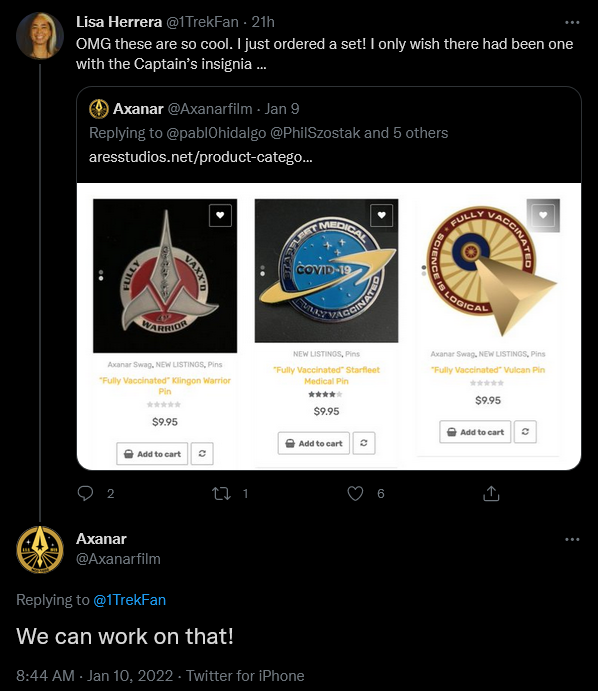 The pins are currently available for $10 USD each through the Ares Studio web store.

What do you make of these Star Trek themed vaccination pins? Let us know your thoughts on social media or in the comments down below!

NEXT: Star Trek: The Next Generation Star LeVar Burton Appears To Admit He Assumes The Worst About White People Based On Their Race “No More Than White People Do Me Because Of Mine”