In the trailer, Oscar Isaac, star of Dune and the Star Wars sequel trilogy, makes his Marvel Cinematic Universe debut as the titular Moon Knight, otherwise known in his alter ego as Mark Spector.

When fans are first introduced to the character, it appears he’ll be working in a Museum that houses ancient Egyptian artifacts and going by “Stephen” – an alias of Spector’s in the comics.

As the trailer goes on, Isaac’s Spector becomes increasingly unhinged as he begins to see visions of supernatural phenomena occurring all around him.

The trailer also gives fans a glimpse at the primary antagonist of the series, a yet-to-be-identified character played by Dead Poets Society star Ethan Hawke, and revealed that the show’s first episode (or episodes) will drop on March 30th. 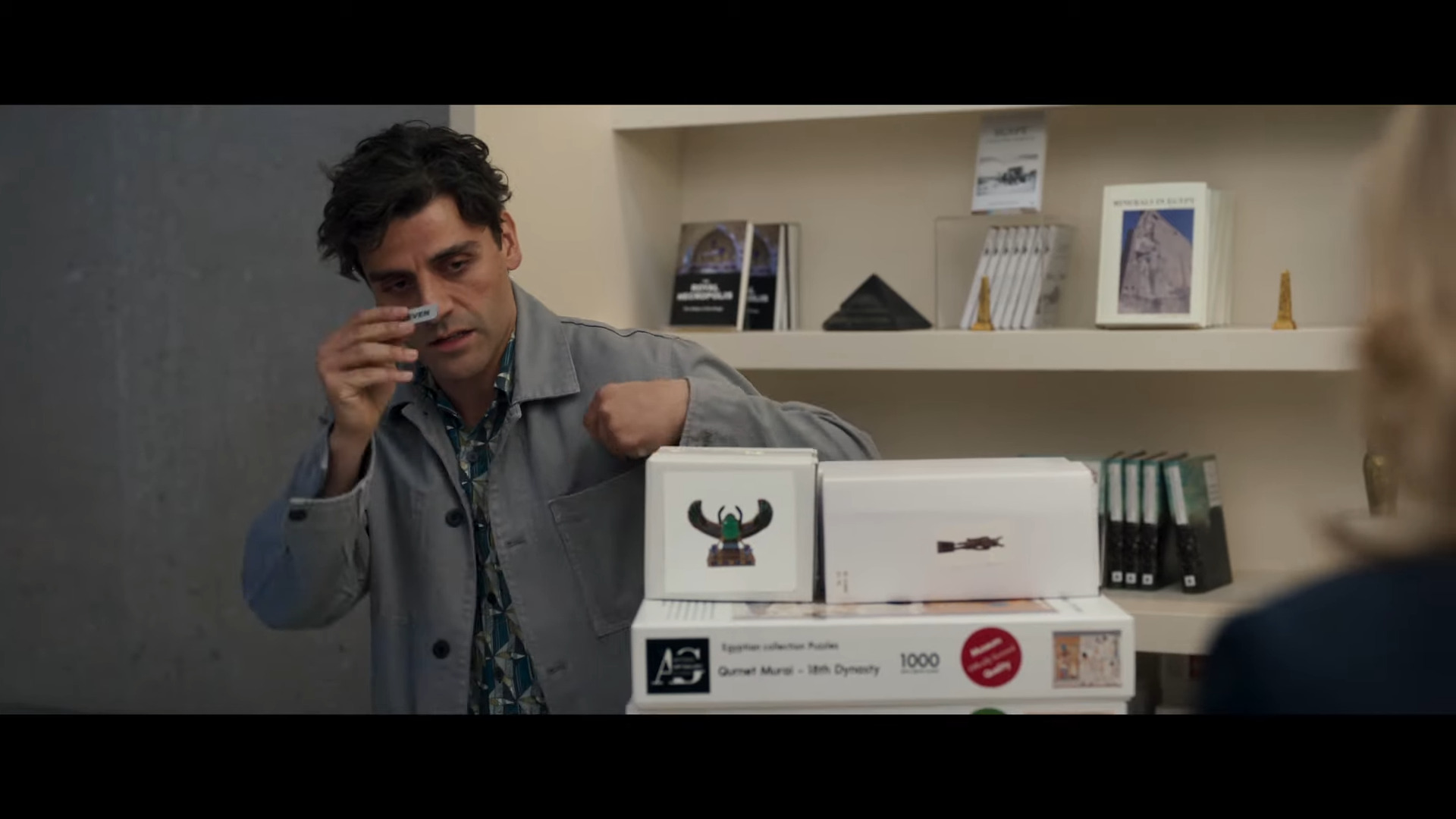 A big staple of the Moon Knight character is his mental illness. Spector suffers from dissociative identity disorder, typically switching between the aliases Mark Spector, the former mercenary; Steven Grant, a billionaire businessman and Jack Lockley, a taxicab driver, though a few others have made the occasional appearance.

According to the trailer and the official Disney Plus description of the show, Spector’s mental illness will feature prominently in the series.

“Moon Knight is a new series created for Disney+,” the series description reads. “Directed by Mohamed Diab, the action-adventure features a complex vigilante who suffers from dissociative identity disorder. The multiple identities who live inside him are distinct characters who appear against a backdrop of Egyptian iconography.”

A mercenary left to die in the deserts of Egypt, Spector resurrected by the Egyptian moon god Khonshu, given super powers in exchange for serving as the deity’s chosen warrior.

Given this bit of publication history, many have speculated that these two characters may reunite in the upcoming series, especially considering how a scene featured in both this new trailer and an earlier teaser seems to show the hero punching a Werewolf-like creature on the floor of a bathroom. 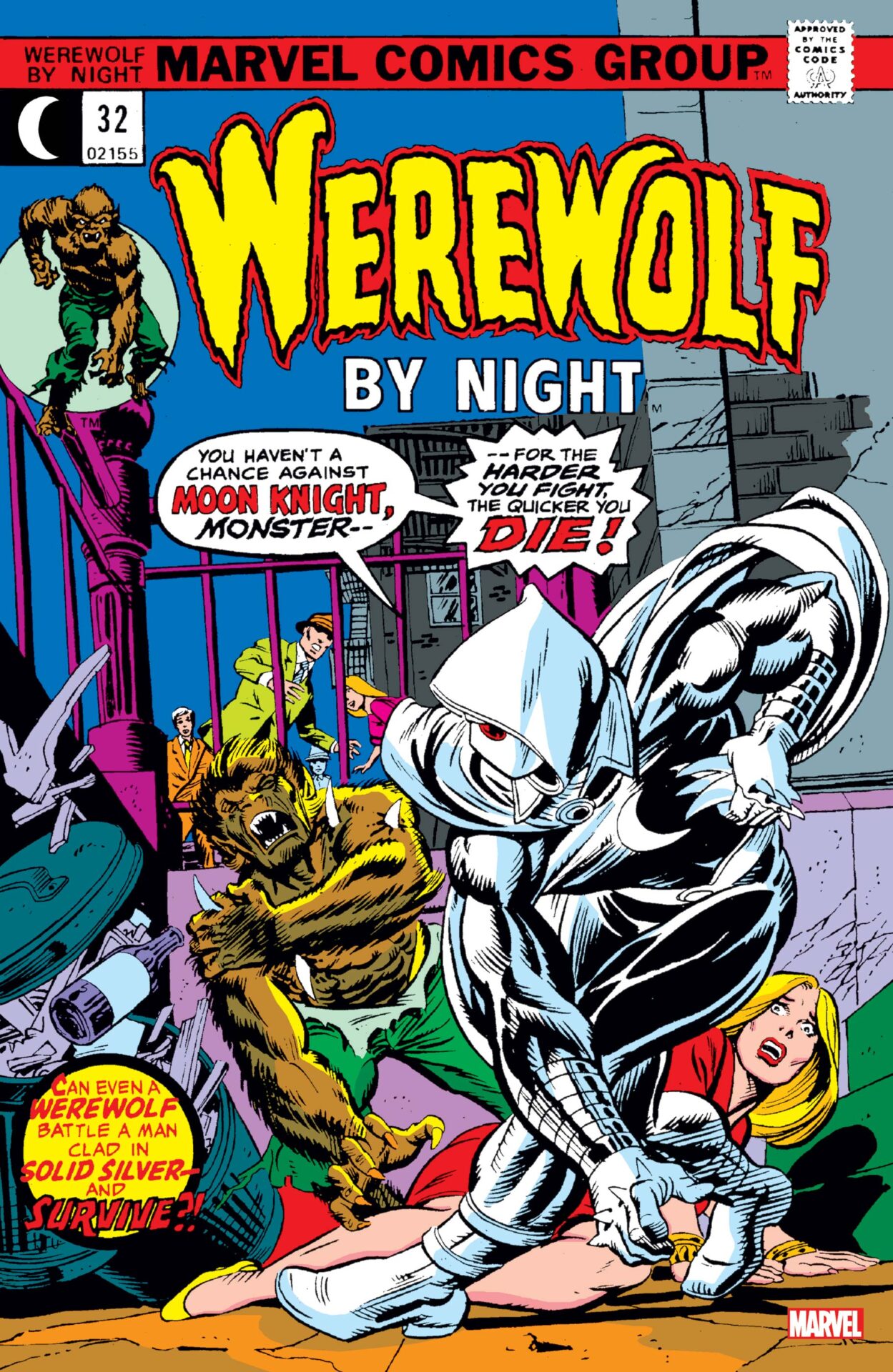 According to Comicbook.com, in the future, Disney Plus plans to release a Werewolf by Night Halloween special.

News that the part has already been cast — Mexican actor Gael García Bernal will take on the role — further lends to the notion that he could appear in “Moon Knight.” 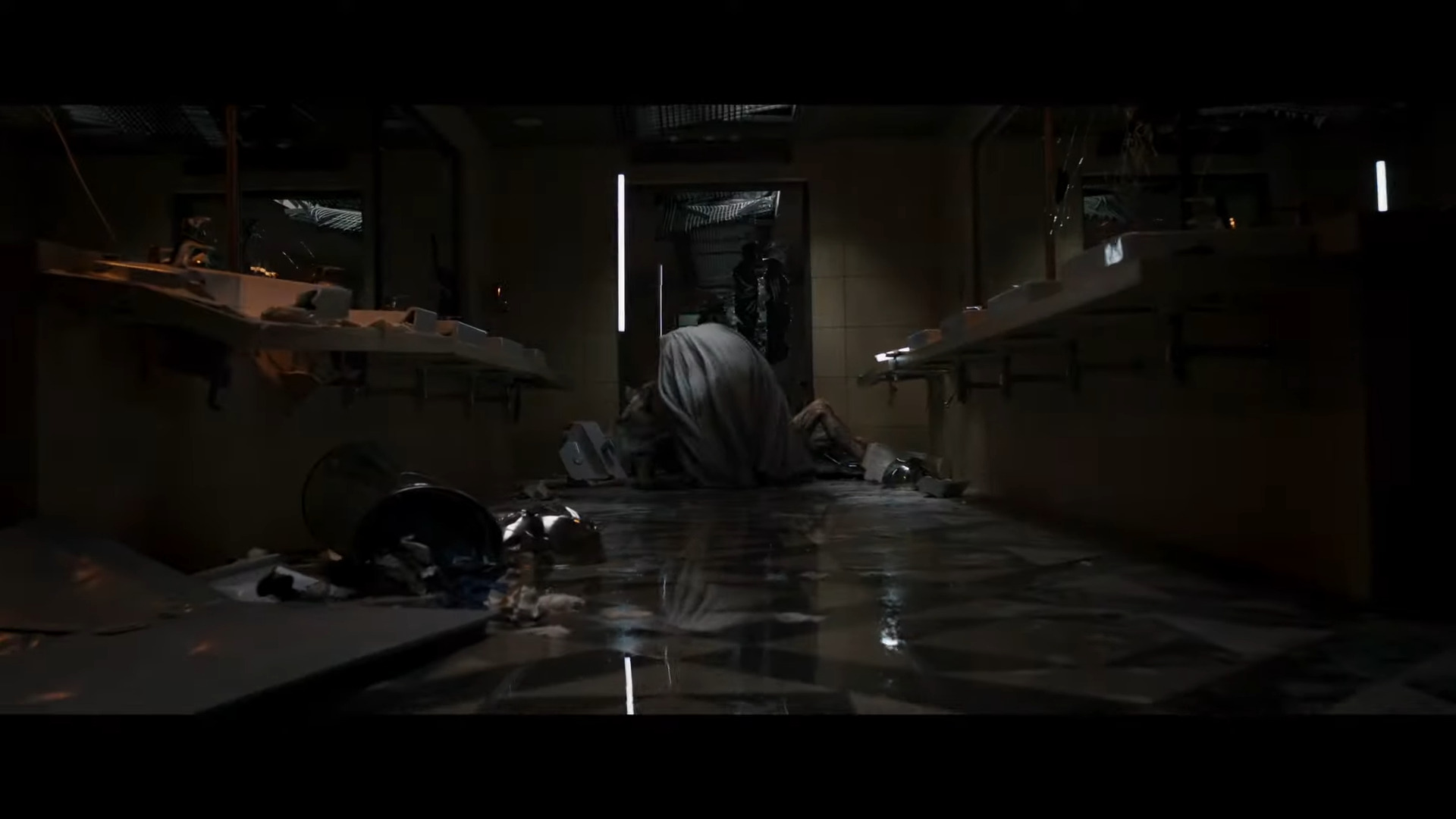 The trailer’s debut had Marvel fans buzzing on social media.

“If they make this the same tone as Punisher and Daredevil on Netflix this could be GREAT,” wrote @JTSC23. “You can’t go the kid friendly route with a character like Moon Knight.” 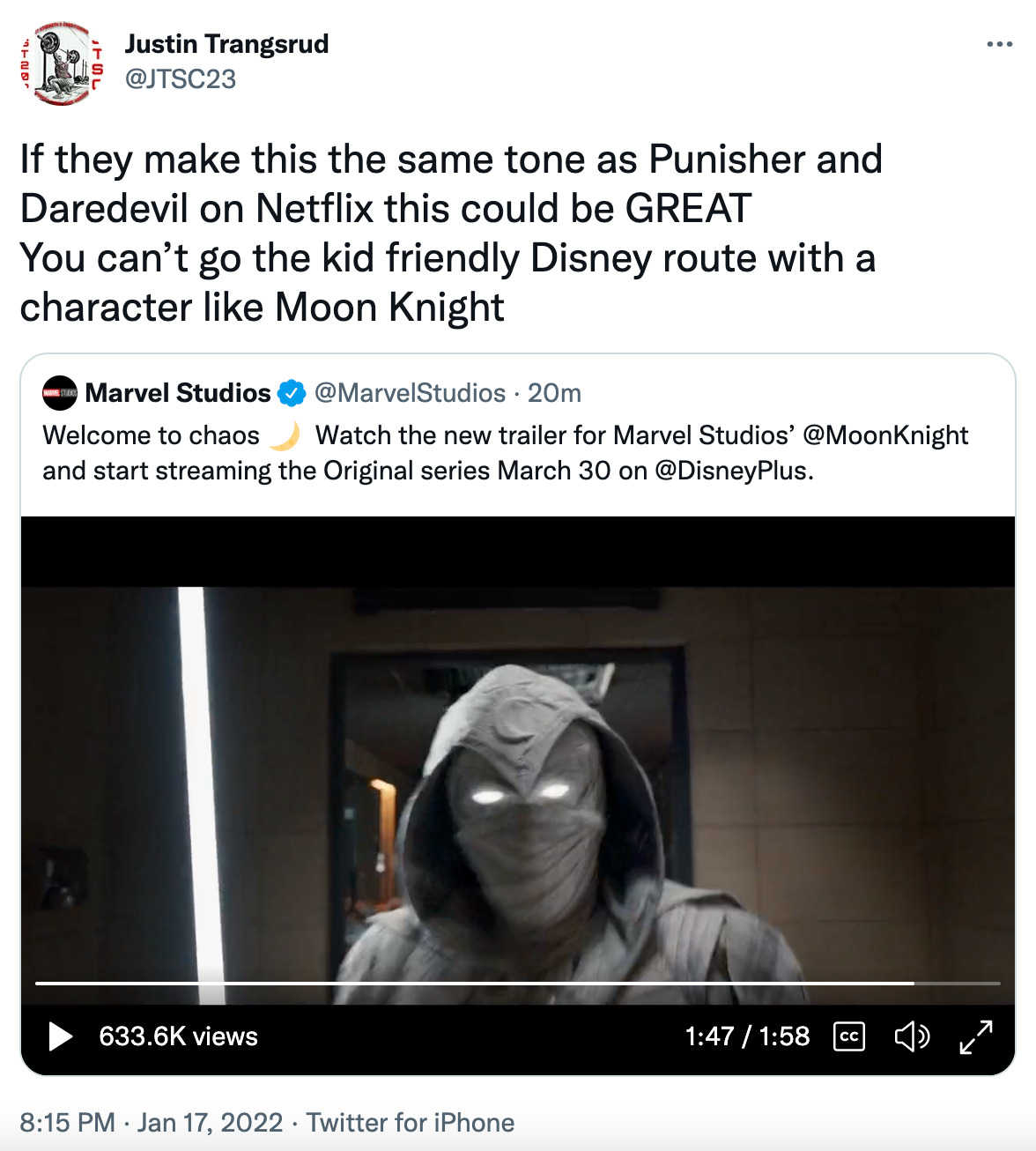 @Hannwrites found themselves abuzz with “SO MANY THEORIES”, speculating, “He seems to be living as Steven Grant in London, disconnected from his identity as Marc…” 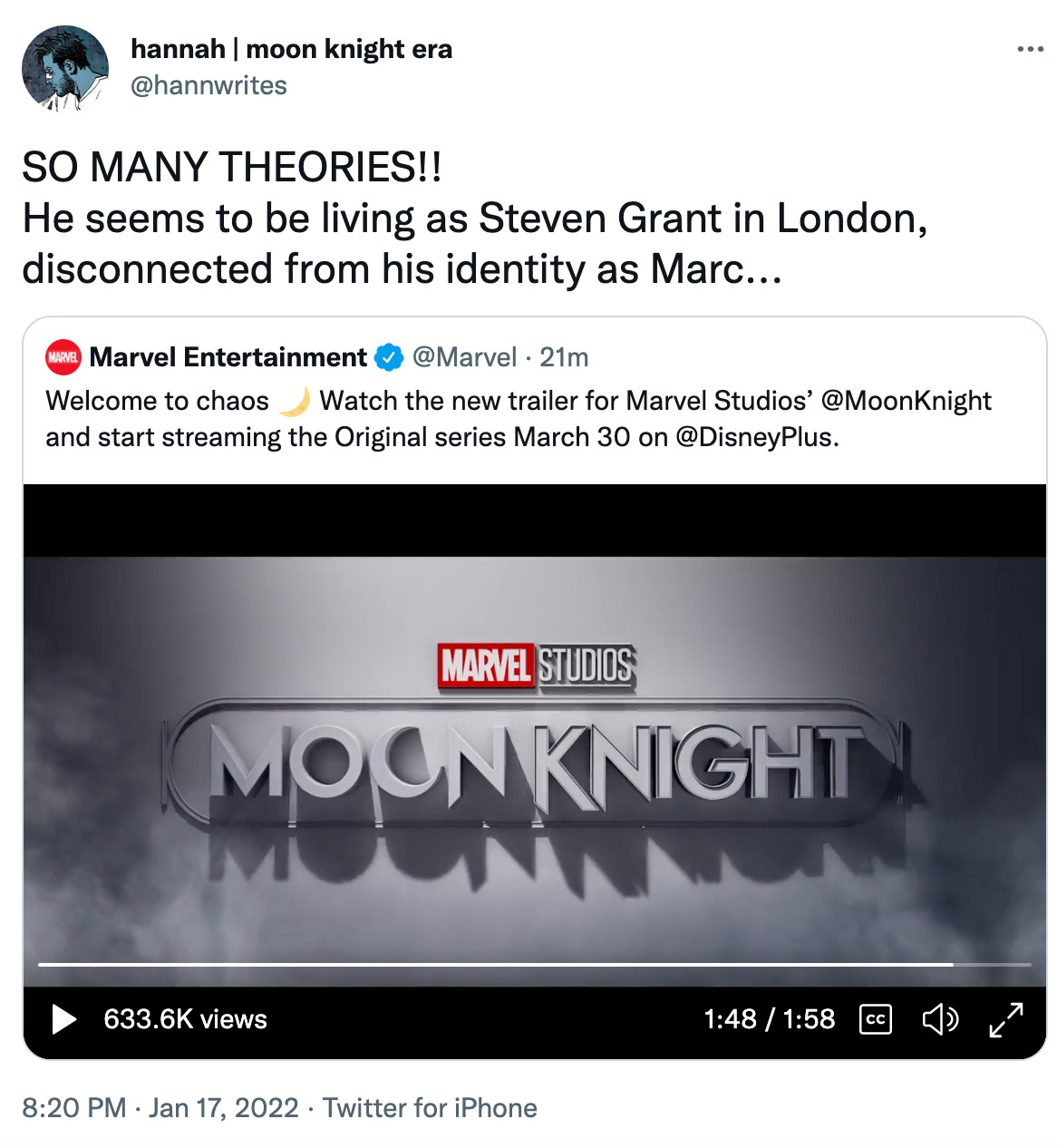 “#MoonKnight is going to be one of the best Marvel projects! Its extremely accurate to the comics!” @MarvelSMstudios excitedly asserted. “Marc Spector with his multiple personalities and his struggle with mental Illness. It looks like the show is going to be dark! CANT WAIT!!!” 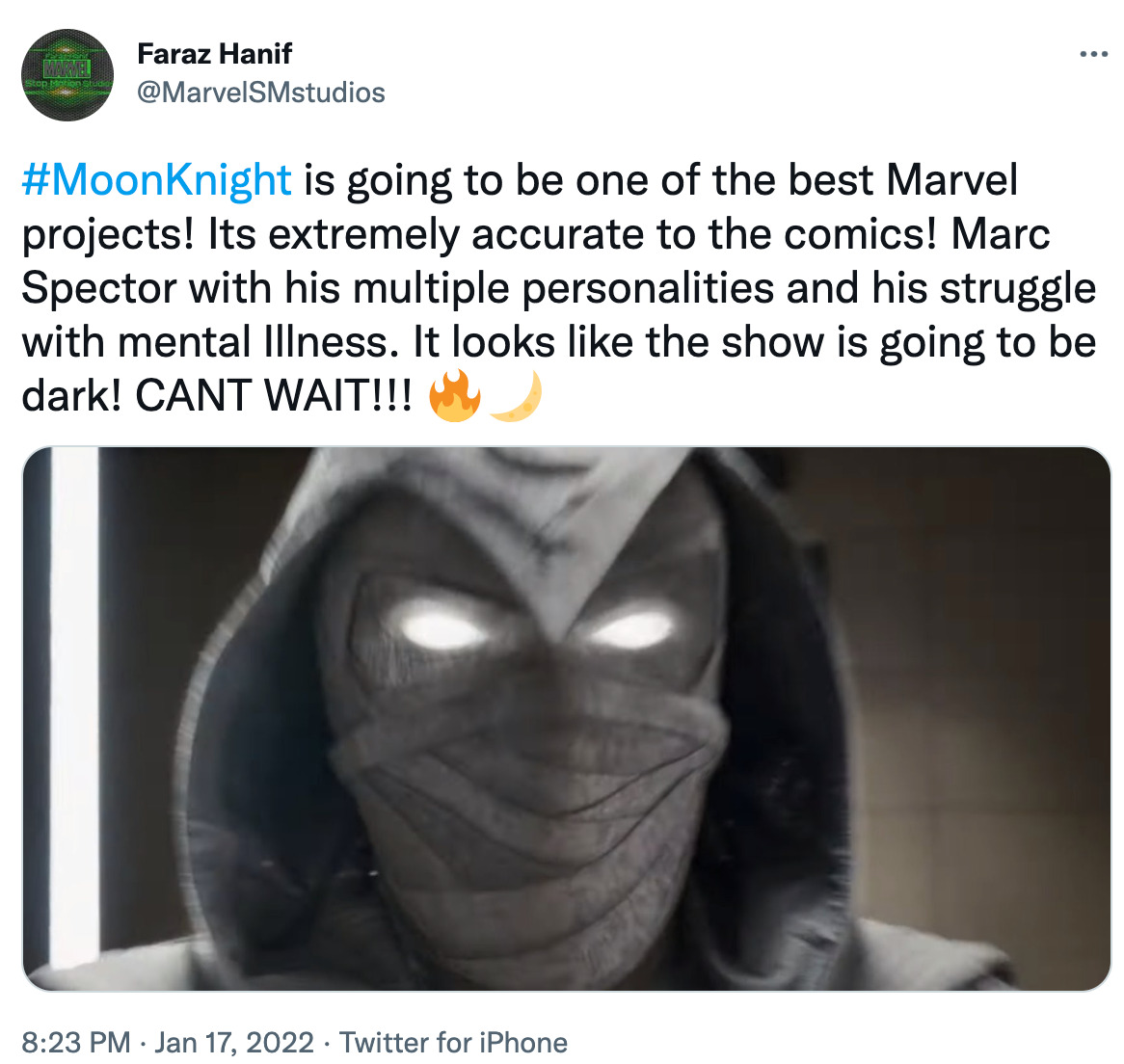 What did you think of the Moon Knight trailer? Let us know your thoughts on social media or in the comments down below!