Science fiction novelist Patrick S. Tomlinson, who has described Tucker Carlson and Jordan B. Peterson as Nazis, has not only lost a lawsuit in a defamation case involving an internet forum, but has also been ordered to pay a large sum in attorneys’ fees. 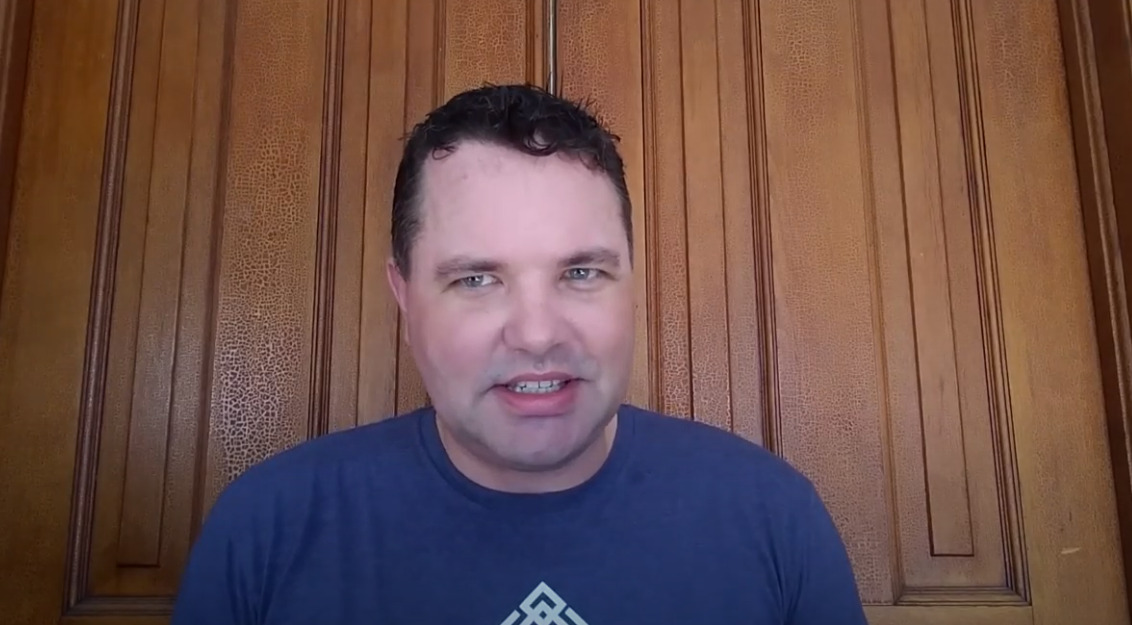 Back in April 2021, Tomlinson described a segment from Tucker Carlson Tonight on Twitter “as straight Nazi propaganda right from the taps.”

This is straight Nazi propaganda right from the taps. https://t.co/hOJKSoCkCw

Also in April last year he shared a screenshot of a tweet from Jordan B. Peterson and wrote, “Buddy when your ‘ideas’ seemlessly (sp?) plug-and-play with a Nazi super villain it’s time to have a seat and a long think.” 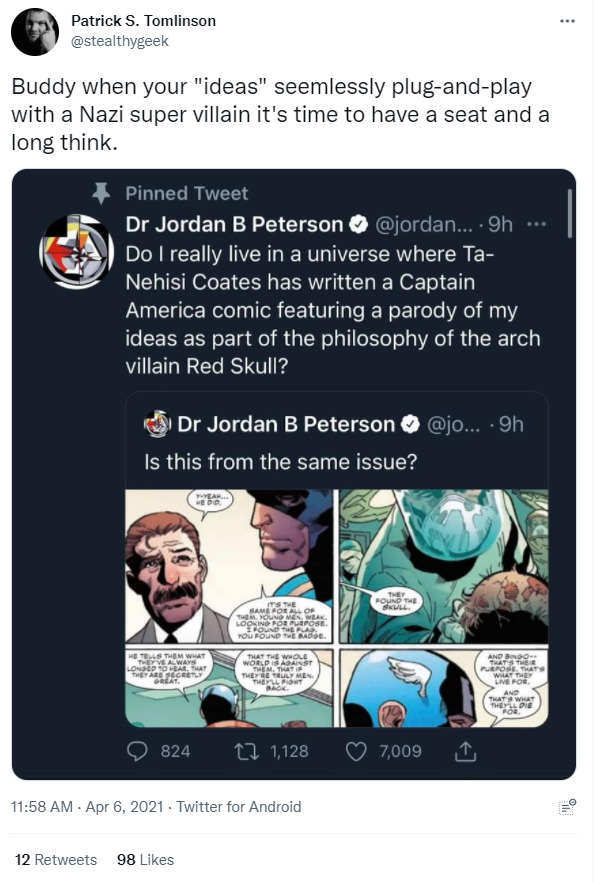 Judge Ethan P. Schulman of the Superior Court of California in San Francisco County ordered Tomlinson to pay $23,739.25 in attorney’s fees and costs after a John Doe filed a complaint requesting the court quash Tomlinson’s request for a subpoena to Cloudflare Inc, in regards to a lawsuit the science fiction author had filed against 60 John Does in Milwaukee County, Wisconsin.

Based on the complaint filed in California on behalf of John Doe’s attorney Jeffrey M. Rosenfeld, Tomlinson’s original lawsuit in Wisconsin was for defamation, invasion of privacy, intentional infliction of emotional distress, tortious interference, and civil conspiracy.

The complaint to quash the subpoena states, “Patrick S. Tomlinson, the plaintiff in the underlying Wisconsin Action, seeks to use a subpoena to identify Petitioner, the anonymous operator of a website on which third parties published allegedly defamatory and harassing statements about Tomlinson.”

“The Court should quash Tomlinson’s subpoena because the First Amendment protects Petitioner’s right to engage in anonymous speech, including his operation of a website, and Tomlinson cannot show that he has any viable claim against Petitioner that would justify his invasion into Petitioner’s First Amendment Rights,” it adds.

The complaint goes on to reveal that the Petitioner is the operator of onaforums.net (OnA) and that “Tomlinson initiated the Wisconsin Action against the authors of the allegedly defamatory statements and against Petitioner, as the operator of OnA Forums.”

It then provides further background information on Tomlinson’s original lawsuit in Wisconsin, “In the Wisconsin Action, Tomlinson alleges that unknown Defendants John Does 2-60 published defamatory, harassing, and invasive statements about him on OnA Forums and other websites. Tomlinson further alleges that Petitioner, who is designed in Wisconsin Action as John Doe 1, created OnA Forums to shame, defame, and harass Tomlinson, and that Petitioner conspired with John Does 2-60 to published the allegedly defamatory and harassing Statements about Tomlinson on OnA Forums.”

“In the Wisconsin Action, Tomlinson has asserted claims for 1) defamation, 2) invasion of privacy, 3) cyber piracy, 4) intentional infliction of emotional distress, 5) tortious interference, and 6) civil conspiracy. With the exception of the claim for cyber piracy, Tomlinson asserts his claims against all Defendants, including Petitioner and John Does 2-60,” the complaint details. 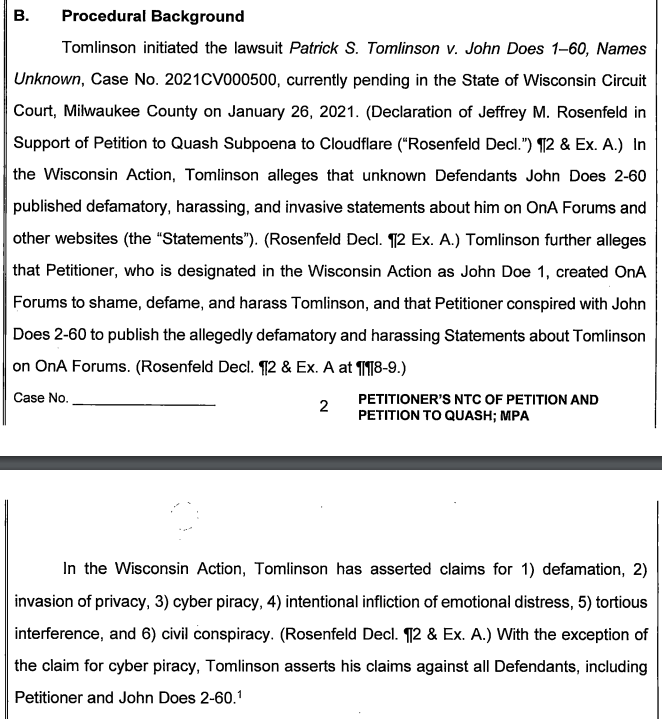 RELATED: WorldCon Apologizes And Pays The Piper In Settlement With Jon Del Arroz

As noted above, the request to quash the subpoena was granted by Judge Ethan P. Schulman on September 30, 2021. Tomlinson was also ordered to pay $23,739.25 in attorneys’ fees and costs, which the Court finds is a reasonable and well-documented amount.” 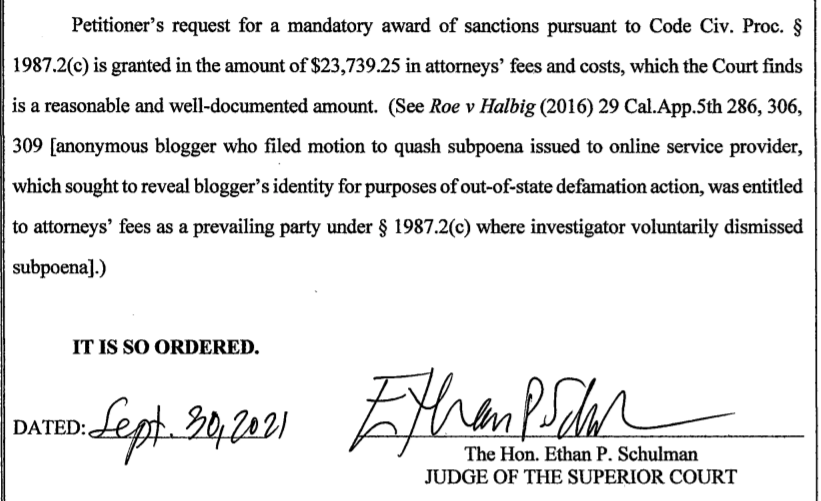 On top of Tomlinson being ordered to pay this hefty sum in attorneys’ fees, on January 19, 2022, the Wisconsin Circuit Court Access reveals that Tomlinson’s initial complaint was the subject of a voluntary dismissal.

Novelist and comic book writer Jon Del Arroz reacted to this news stating, “This is what happens. These people love to just sniff their own farts and pretend they are just the greatest thing in the world.”

“But what happens when they actually end up in court, they lose every single,” he declared.

What do you make of Tomlinson being forced to pay this hefty sum and his initial complaint being voluntarily dismissed?