Scholastic, the children’s book publishing company that describes themselves as “the world’s largest publisher and distributor of children’s books,” will publish a transgender propaganda graphic novel titled Magical Boy. 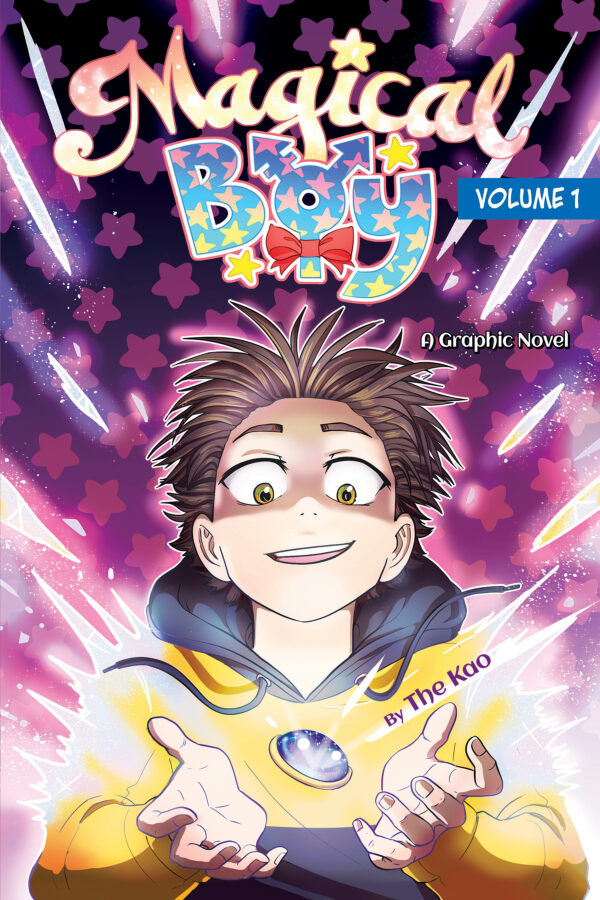 The book is written by The Kao and its official “short summary” on Scholastic’s website states, “This imaginative fantasy stars Max―a high schooler chosen to become the next Magical Girl. There’s just one catch…he’s a trans boy.”

A longer version reads, “Although he was assigned female at birth, Max is your average trans boy trying to get through high school as himself. But on top of classes, crushes, and coming out, Max’s life is turned upside down when his mom reveals an eons-old family secret: he’s descended from a long line of Magical Girls tasked with defending humanity from a dark, ancient evil!”

“With a sassy feline sidekick and loyal gang of friends by his side, can Max take on his destiny, save the world, and become the next Magical Boy? A hilarious and heartfelt riff on the magical girl genre made popular by teen manga series,” the description concludes. 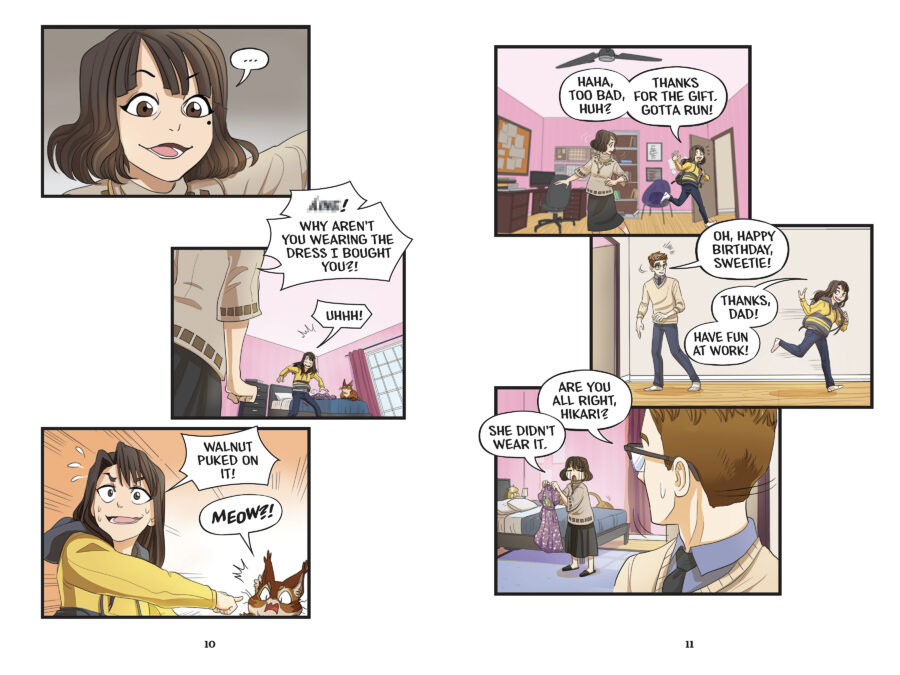 Preview pages accompanying these descriptions on Scholastic’s website also show the character of Max Owen telling readers via an internal monologue, “I guess I should introduce myself. My name is Max Owen.” The girl’s mother also notes Own is only 16-years-old. 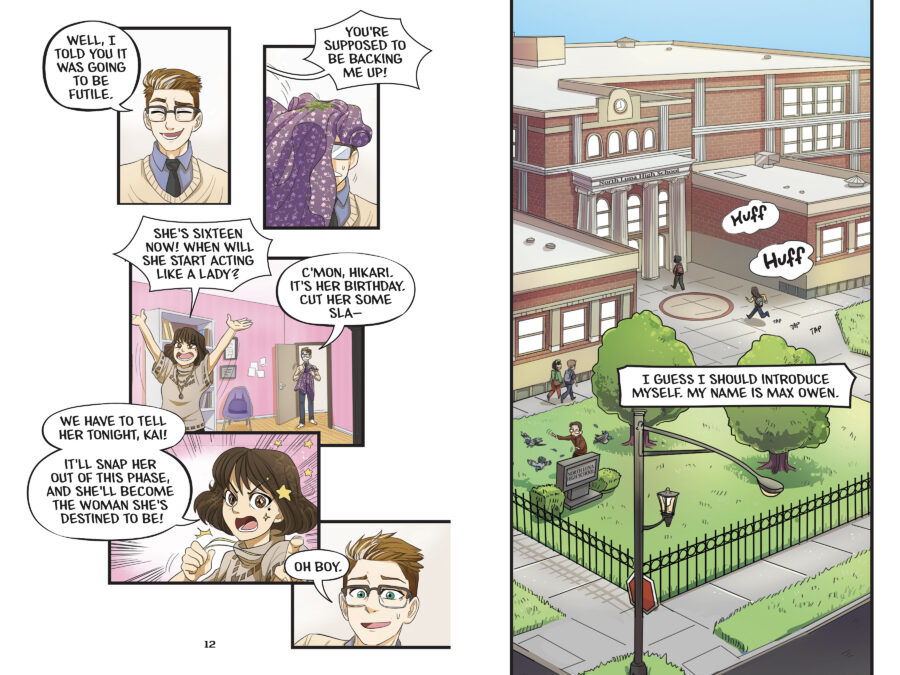 Owen continues, “At least, that’s what I would like to be called. It’s short and simple and at the same timem strong and manly! To get to the point, I’m a transgender man. I haven’t really worked up the courage to come out to anybody to except my best friend.” 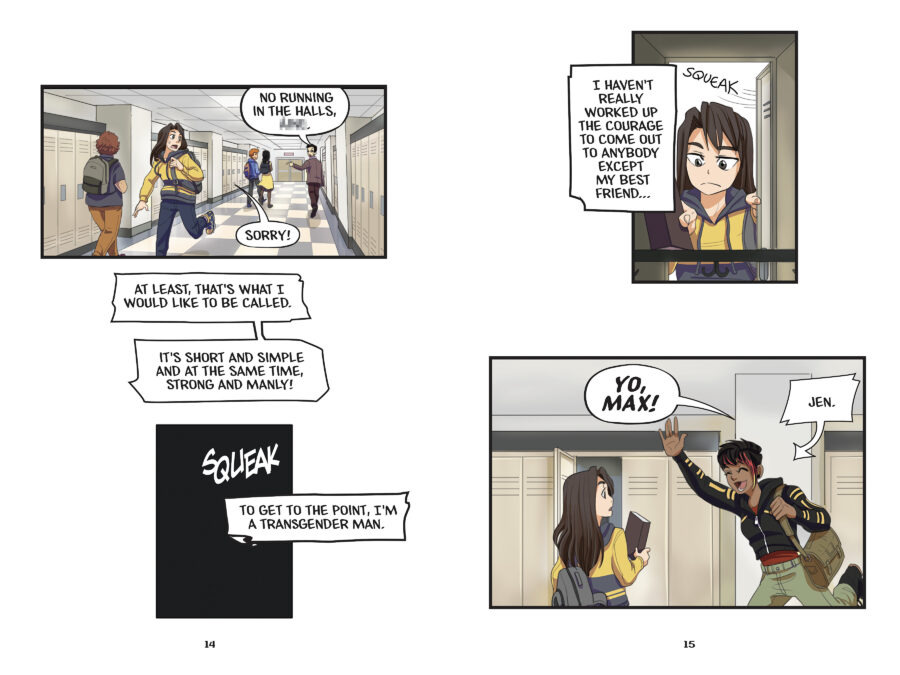 The book does come with a warning, “This title contains some mature content and may not be appropriate for every student.”

Despite the warning, the publishing of the book does appear to go against Scholastic’s own Corporate Social Responsibility pledge.

On their website the group writes, “Scholastic is committed to conducting our business in a responsible and meaningful way. We continually work to ensure that we operate in a way that is beneficial to all of our stakeholders—teachers, parents, and schools, our employees, our local communities, and our customers—who contribute to and inform our corporate social responsibility focus.” 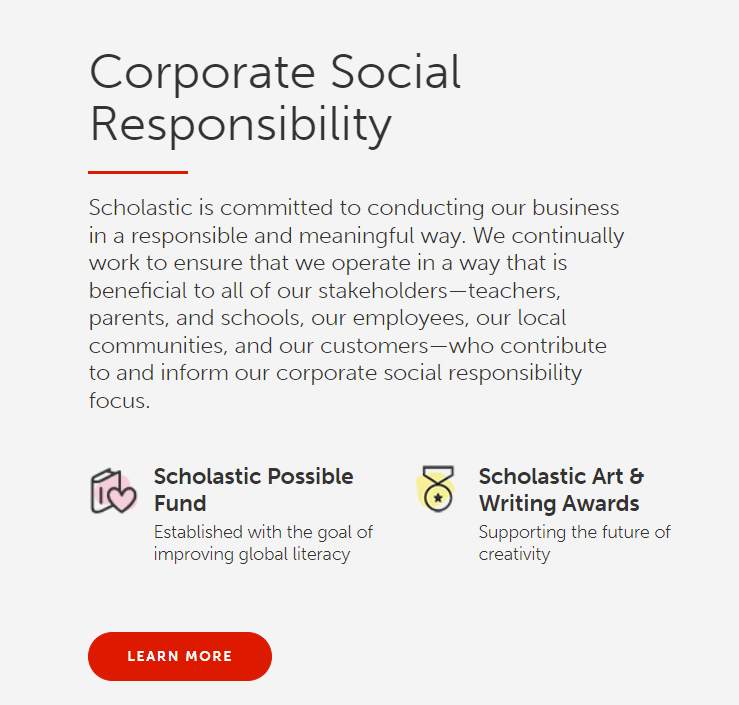 It’s  hard to image how the publishing of this blatant propaganda is responsible or meaningful and is beneficial to their stakeholders.

Bishop Michael Burbidge of the Catholic Diocese of Arlington wrote in A Catechesis on the Human Person and Gender Ideology “the claim to ‘be transgender’ or the desire to seek ‘transition’ rests on a mistaken view of the human person, rejects the body as a gift from God, and leads to grave harm.”

“To affirm someone in an identity at odds with biological sex or to affirm a person’s desired ‘transition’ is to mislead that person. It involves speaking and interacting with that person in an untruthful manner. Although the law of gradualness might prompt us to discern the best time to communicate the fullness of the truth, in no circumstances can we confirm a person in error,” he declared. 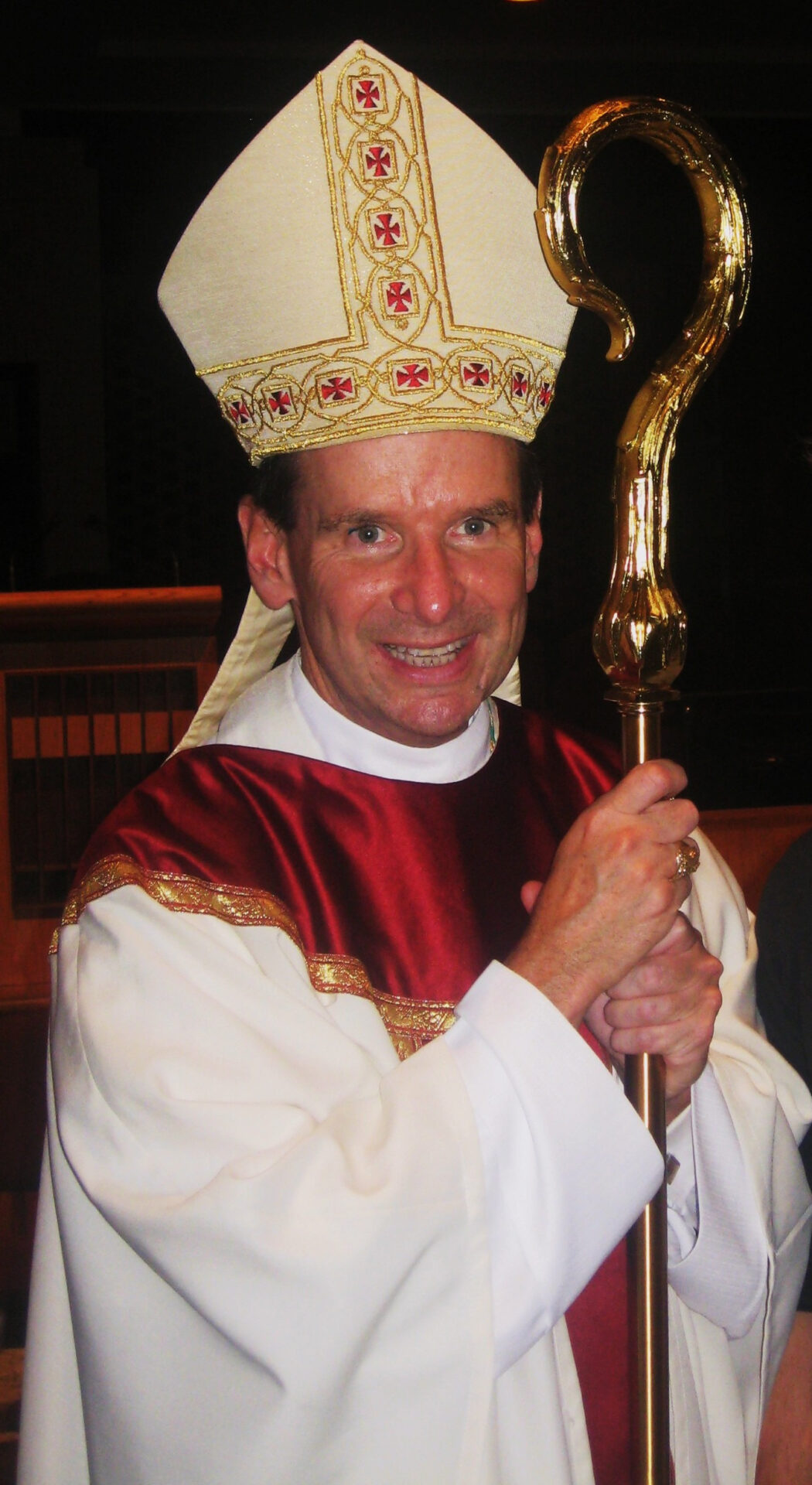 Bishop Burbidge continued, “Indeed, there is ample evidence that “gender affirmation” not only does not resolve a person’s struggles but also can in fact exacerbate them. The acceptance and/or approval of a person’s claimed transgender identity is particularly dangerous in the case of children, whose psychological development is both delicate and incomplete.”

First and foremost, a child needs to know the truth: He or she has been created male or female, forever. Affirming a child’s distorted self-perception or supporting a child’s desire to “be” someone other than the person (male or female) God created, gravely misleads and confuses the child about “who” he or she is. 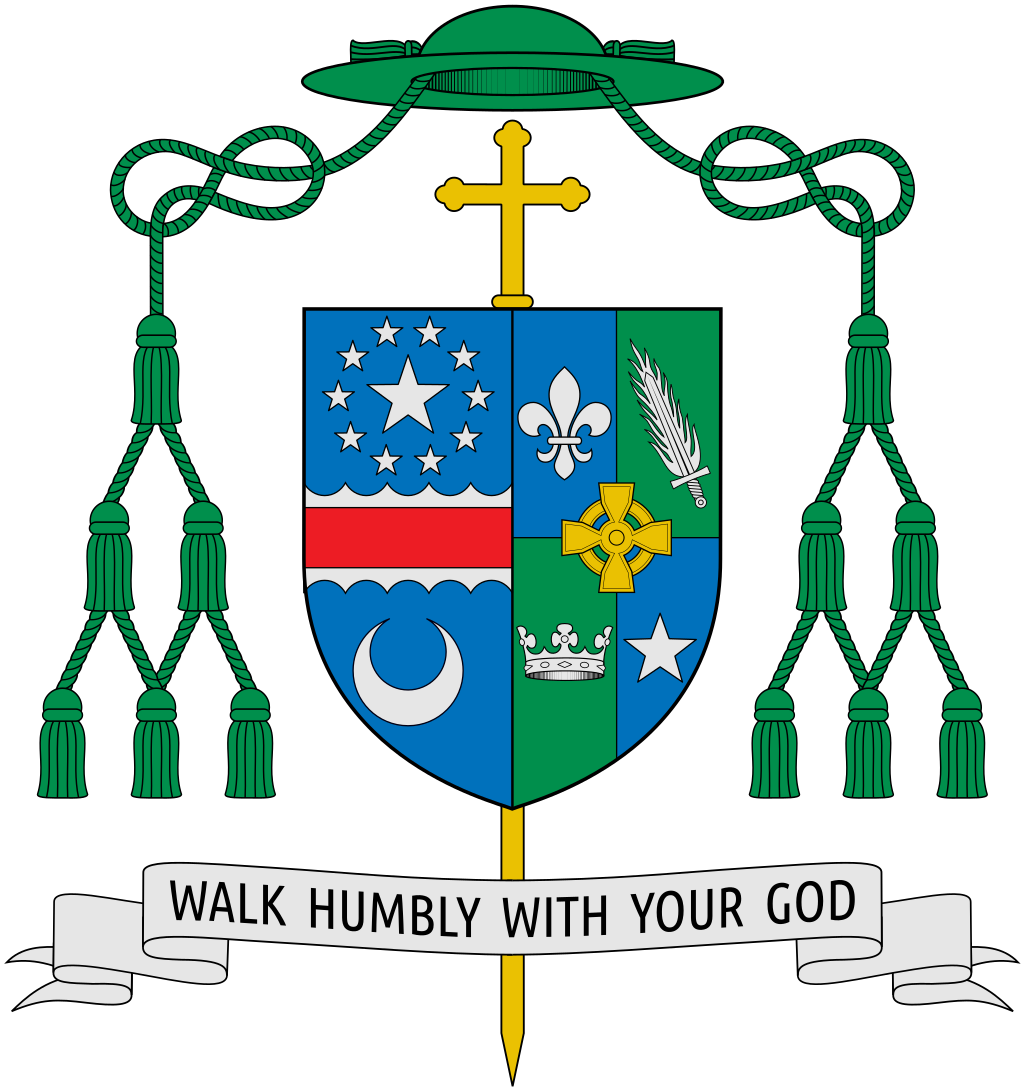 Bishop Burbidge went on to state, “In addition, ‘gender-affirming’ medical or surgical interventions cause significant, even irreparable, bodily harm to children and adolescents. These include the use of puberty blockers (in effect, chemical castration) to arrest the natural psychological and physical development of a healthy child, cross-sex hormones to induce the development of opposite-sex, secondary sex characteristics, and surgery to remove an adolescent’s healthy breasts, organs, and/or genitals.

“These kinds of interventions involve serious mutilations of the human body, and are morally unacceptable,” he asserted. 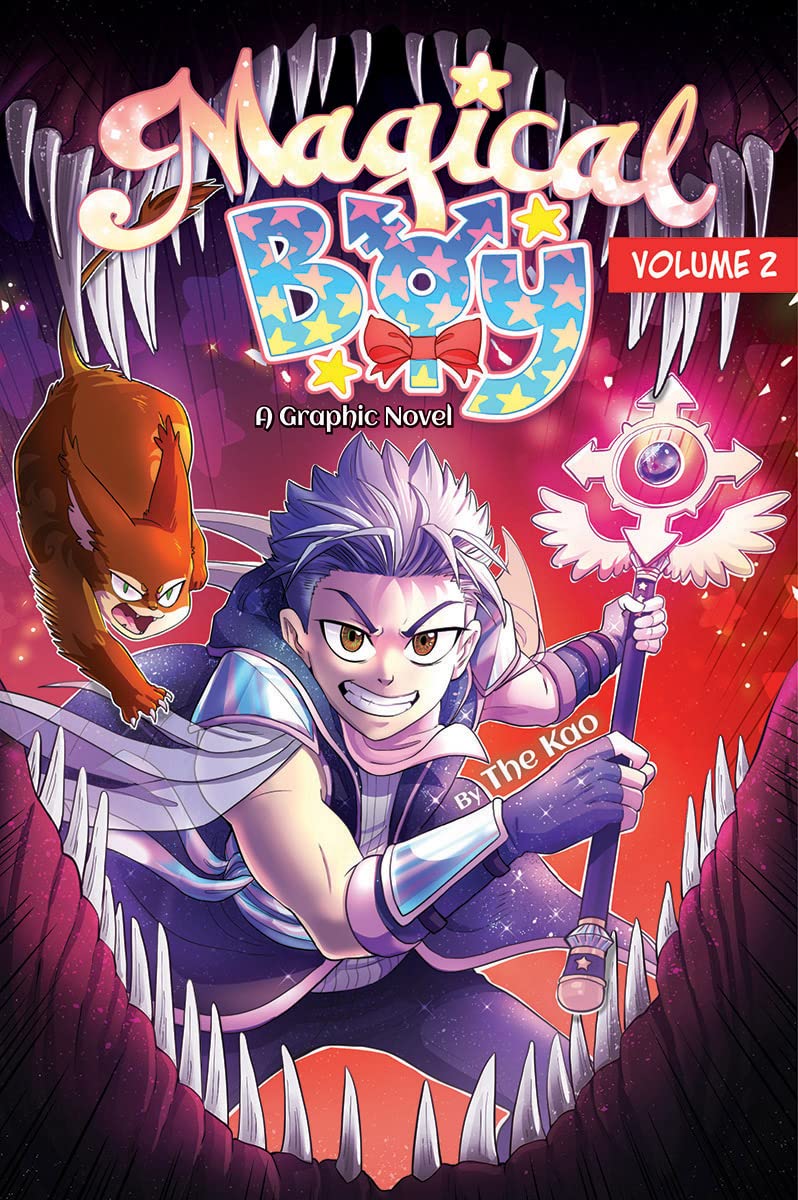 He also pointed out that “Adolescents are particularly vulnerable to claims that ‘gender transition’ will resolve their difficulties. Long-term studies show “higher rates of mortality, suicidal behavior and psychiatric morbidity in gender-transitioned individuals compared to the general population.”

“In addition, studies show that children and adolescents diagnosed with gender dysphoria have high rates of comorbid mental health disorders, such as depression or anxiety, are three to four times more likely to be on the autism spectrum, and are more likely to have suffered from adverse childhood events, including unresolved loss or trauma or abuse,” he added.

“Psychotherapeutic treatments that incorporate “ongoing therapeutic work … to address unresolved trauma and loss, the maintenance of subjective well-being, and the development of the self,” along with established treatments addressing suicidal ideation are appropriate interventions. Gender transition is not the solution,” declared the Bishop.

What do you make of Scholastic publishing this transgender propaganda book aimed at children?