Disney CEO Bob Chapek who tacitly defended the firing of Gina Carano now faces tens of thousands of fans calling for his own firing.

Carano was fired from The Mandalorian in early 2o21 after publishing a series of social media posts that Disney deemed to be “denigrating people based on their cultural and religious identities.”

In reality, Carano’s post decried the treatment of Jews in Nazi Germany. Moreover, the post urged others not to hate their neighbors in any sort of similar fashion. 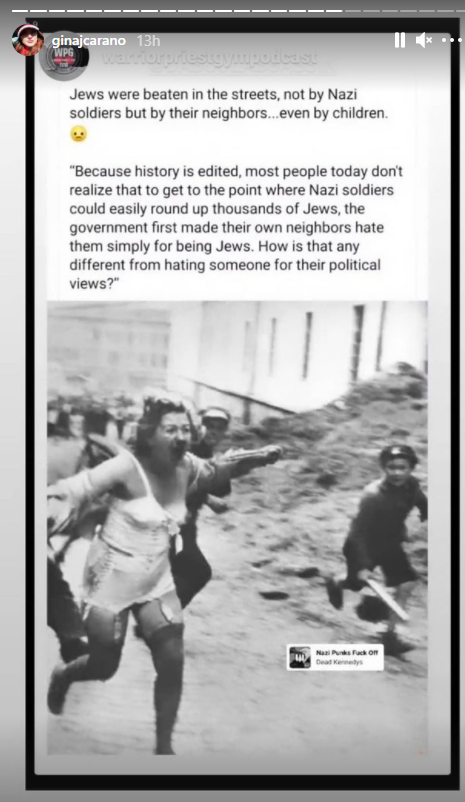 When asked about the firing of Carano during a shareholders meeting on March 9, Chapek skirted the question, all the while insisting Disney had no political bias.

“I don’t really see Disney characterizing itself as left-leaning or right-leaning. Yet, instead standing for values. Values that are universal. Values of respect, values of decency, values of integrity, and values of inclusion,” Chapek said.

He added, “And we seek to have not only how we operate, but the content that we make reflective of the rich diversity of the world we live. And I think that’s a world we all should live in, in harmony and peace.”

On Tuesday, the New York Post reported that a growing number of Disney fans are petitioning for Chapek’s firing.

Among the fans’ list of grievances is the soaring prices of tickets to Disney theme parks, the long lines for rides, as well as the exorbitant prices of food, merchandise and housing.

Disney’s newest Star Wars-themed hotel serves as a perfect example. According to the Post, “a two-night stay on the ‘Halcyon starcruiser’ starts at $4,809 on weeknights for the most modest package, a two-guest cabin.” The price of a three-guest cabin rises to a whopping $5299 and a four-guest cabin is $5,999.

Disney claims the price hikes are needed to make up for losses during the pandemic.

A recently created Reddit thread titled “Unhappy with the Current State of Disney Parks?” one user is calling on Disney shareholders to vote against Chapek for re-election to the board of directors.

“Bob Chapek is up for re-election to the board of directors. This is the most direct way to let Disney know if you are unhappy with his leadership, at least moreso than complaining on Reddit or signing an online petition,” the user wrote.

The user continued, “It may seem insignificant, and will likely not be successful in removing him directly, but recall that Michael Eisner lost 43% of the vote in 2004 after Roy E. Disney lead a campaign to oust him and he was removed shortly thereafter. We can do this again.”

A Change.org petition was created to oust the Disney CEO as well. The petition, titled “Fire Bob Chapek,” is just a few thousand signatures shy of reaching 100,000 as of Monday.

“Bob Chapek became the Chairman of Parks and Resorts for Disney in 2015. He has consistently made decisions that decrease the quality of what is put into the parks, and also ones that favor using intellectual properties instead of original attractions. He consistently put himself and money above the product, and quality of the company,” the petition reads.

It then asserts, “In early 2020 he became the CEO of the Walt Disney Company which was extremely concerning. Bob Chapek has made an excessive amount of budget cuts, even with the Covid-19 pandemic being considered. Budget cuts began before the pandemic began, and increased.”

“Bob Chapek is hurting and tarnishing the name of the Company, and needs to be removed,” the petition concludes.

What do you make of these campaigns to remove Bob Chapek? Do you think Chapek should be removed?