Chuck Dixon and Scott Beatty are teaming up once again for a new post-apocalyptic dramedy series titled Unprepped. 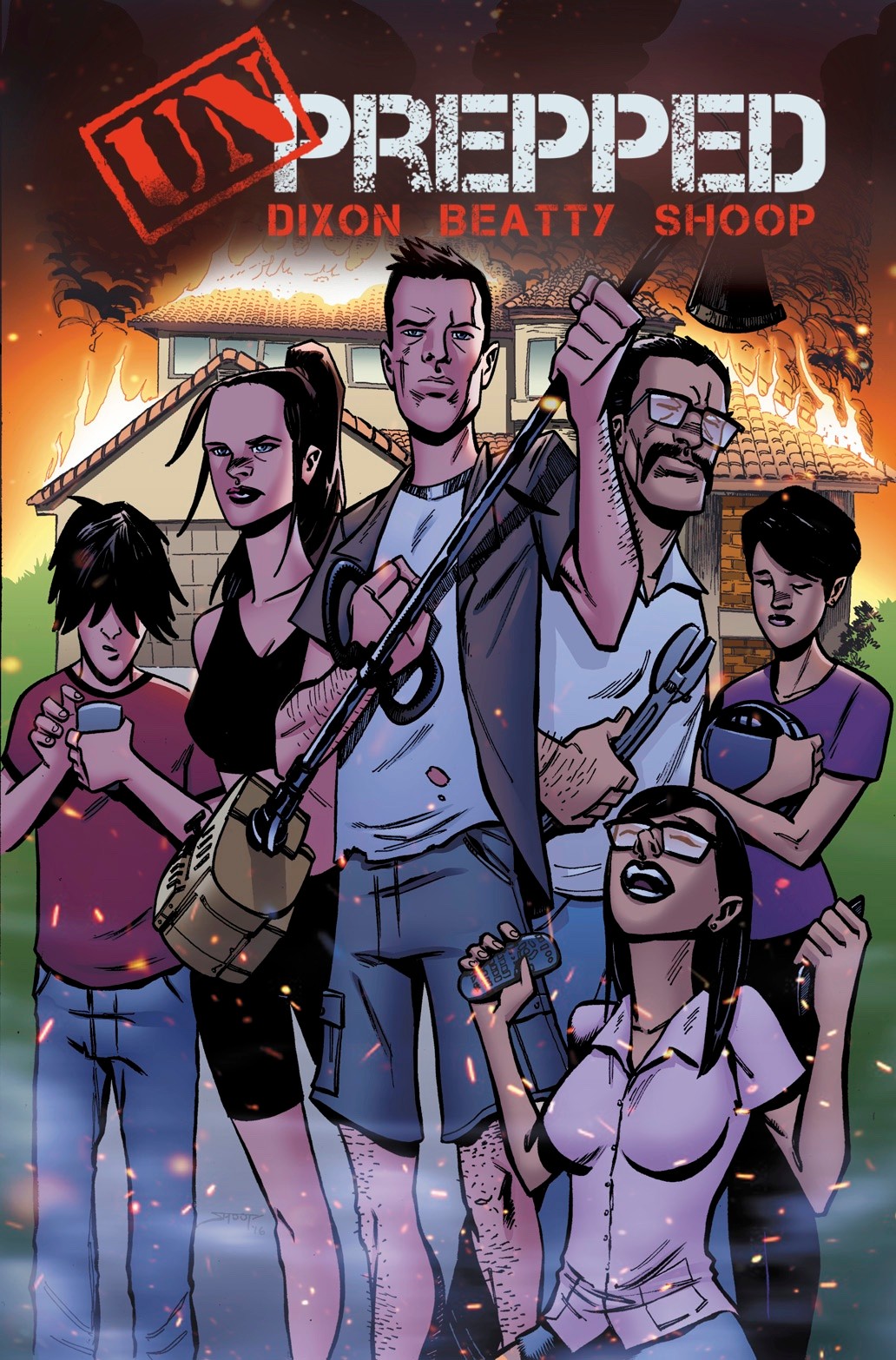 Dixon and Beatty previously teamed up at DC Comics for Robin: Year One, Batgirl: Year One, Nightwing: Year One, and Joker: Last Laugh and they plan on bringing that magic to Unprepped. They are joined by artist Marlin Shoop and colorist Brett R. Smith.

The five-issue miniseries is being published by Antarctic Press and will be available to purchase on May 25, 2022. 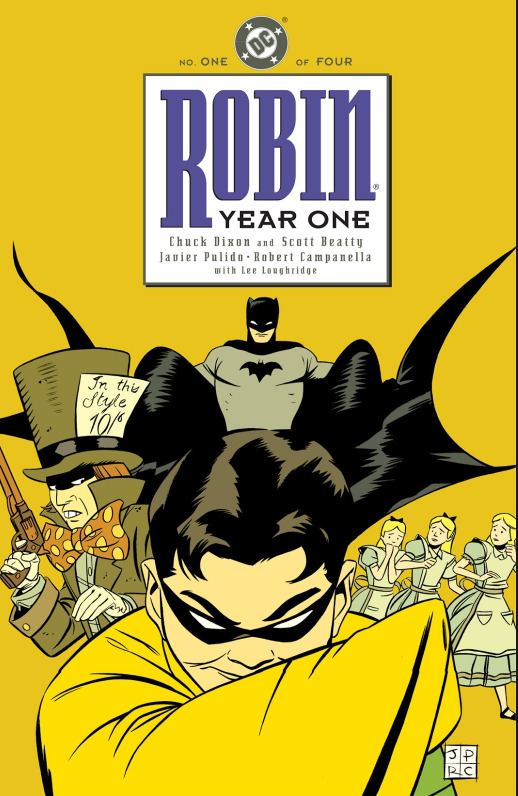 The official description states, “You may THINK you’re ready for the apocalypse, but even after lockdown plagues, town-razing natural disasters, and an ever-present threat of rogue nations going nuclear, the average Joe just isn’t prepared for a total global disaster.”

“Witness mankind’s transition from the Digital Age to the Stone Age in the blink of an eye, and the only light comes from an angry sun setting on two families struggling to survive,” the description continues.

It concludes, “Comics legend Chuck Dixon reunites with frequent collaborator Scott Beatty to chronicle the final days with artist Marlin Shoop! It’s the end of the world as THEY know it!” 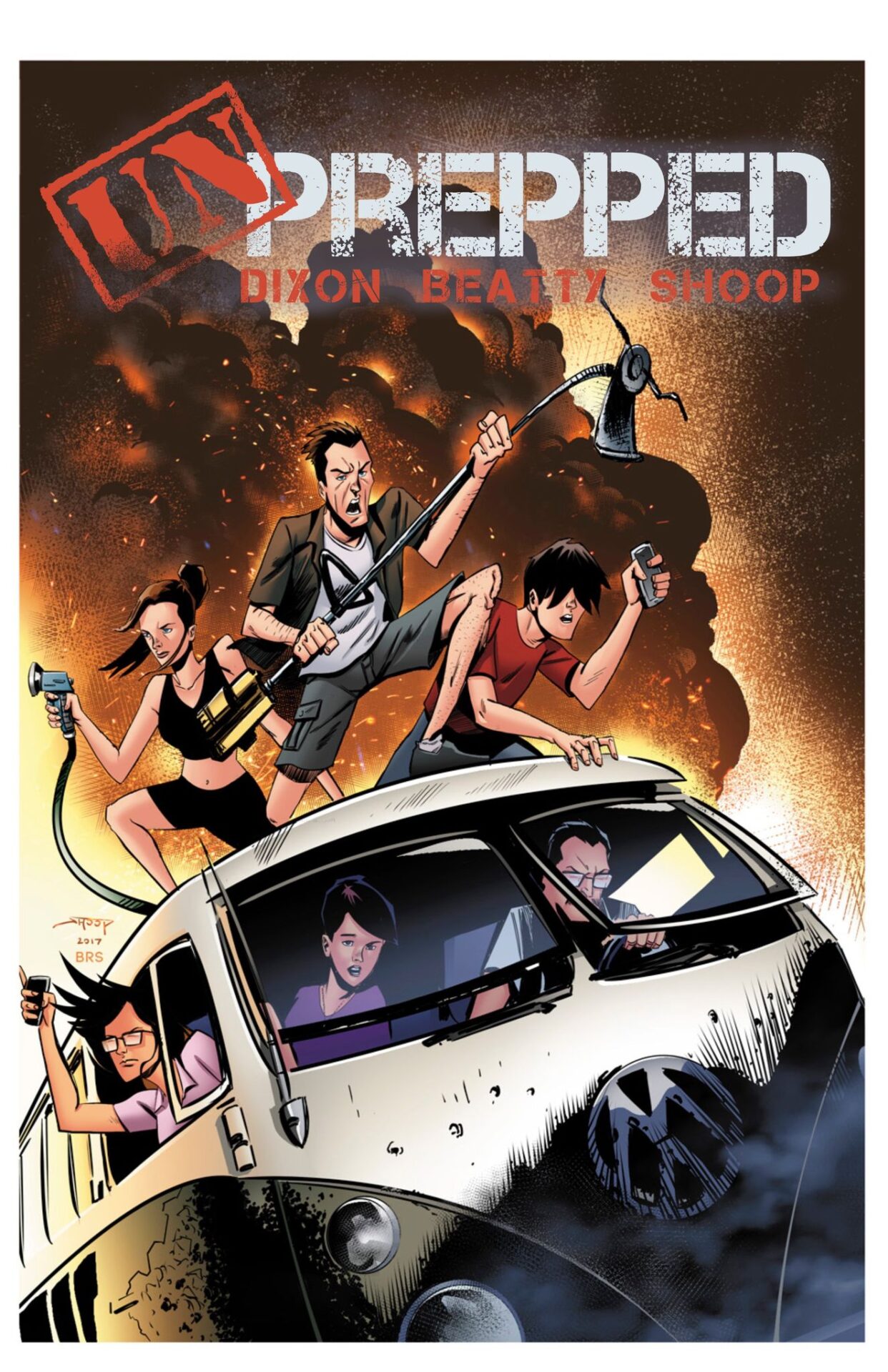 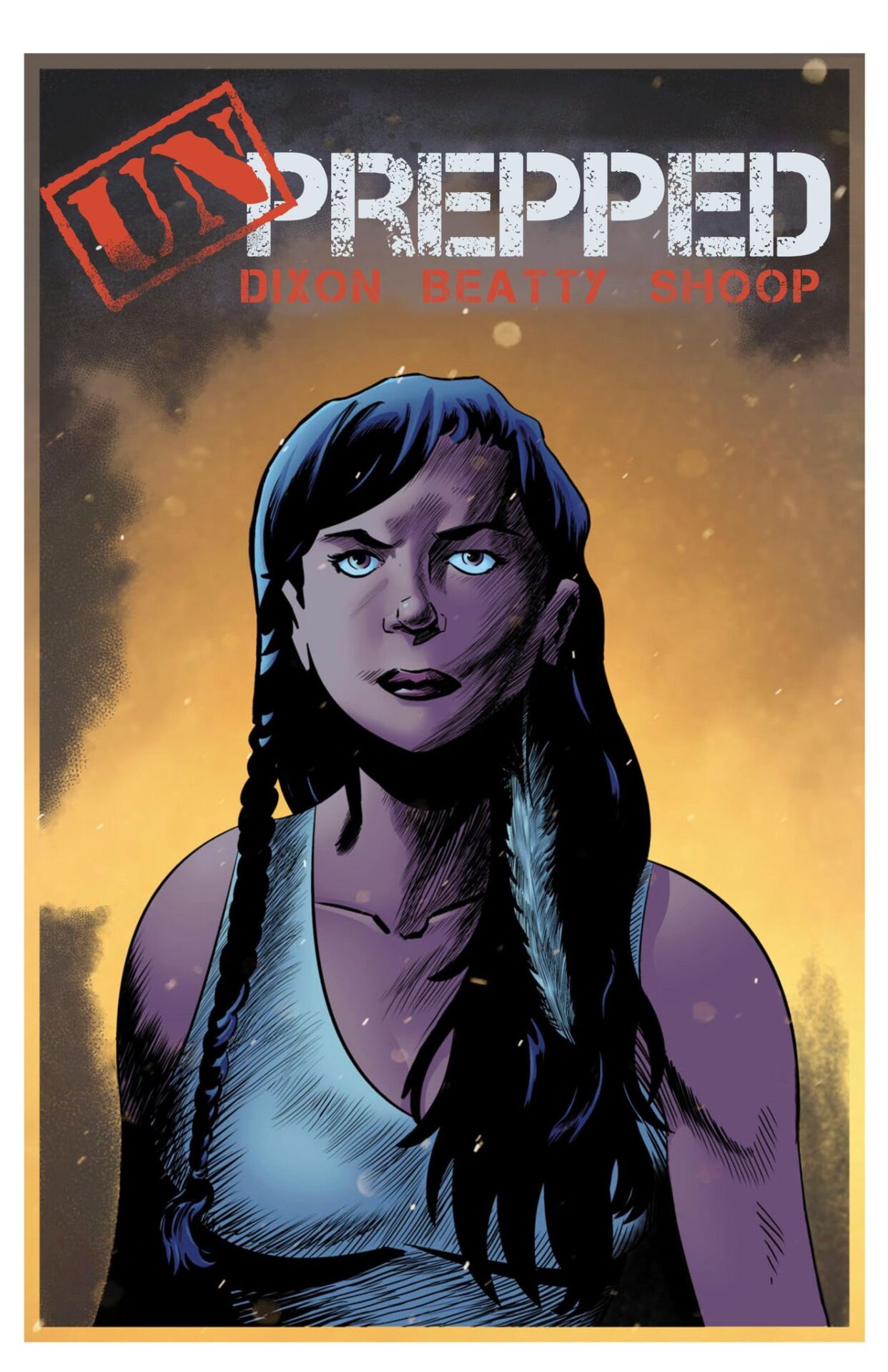 First describing the series he wrote, “In short, UNPREPPED was (and is) a post-apocalyptic dramedy chronicling the misadventures of two families doing their level best to stay alive following a worldwide disaster, the nature of which I won’t spoil here.”

He added, “It’s both high-concept AND low-hanging fruit, the kind of idea that instantly conjures up casting call wish lists of actors we see transitioning the graphic novel to streaming television, or—if we were so blessed—a major motion picture.”

“I think our proposal even billed it as the next “Jason Sudeikis/Jennifer Aniston road picture,” emphasizing to the targeted publisher that the story elements and action set-pieces were tailor made for development as a live-action project. At the time of pitching, both Chuck and I were well-aware of the growing hunger (and deep pockets) of streaming media like Netflix, Amazon Prime, and Hulu (just to name a few) for content… particularly, content based on COMIC BOOKS,” he explained.

Later in his post he provided some more details, “Marlin brought a fun style to the series that perfectly captured the mix of post-apocalyptic dread AND physical comedy as our hapless families found themselves in one escalating predicament after another.” 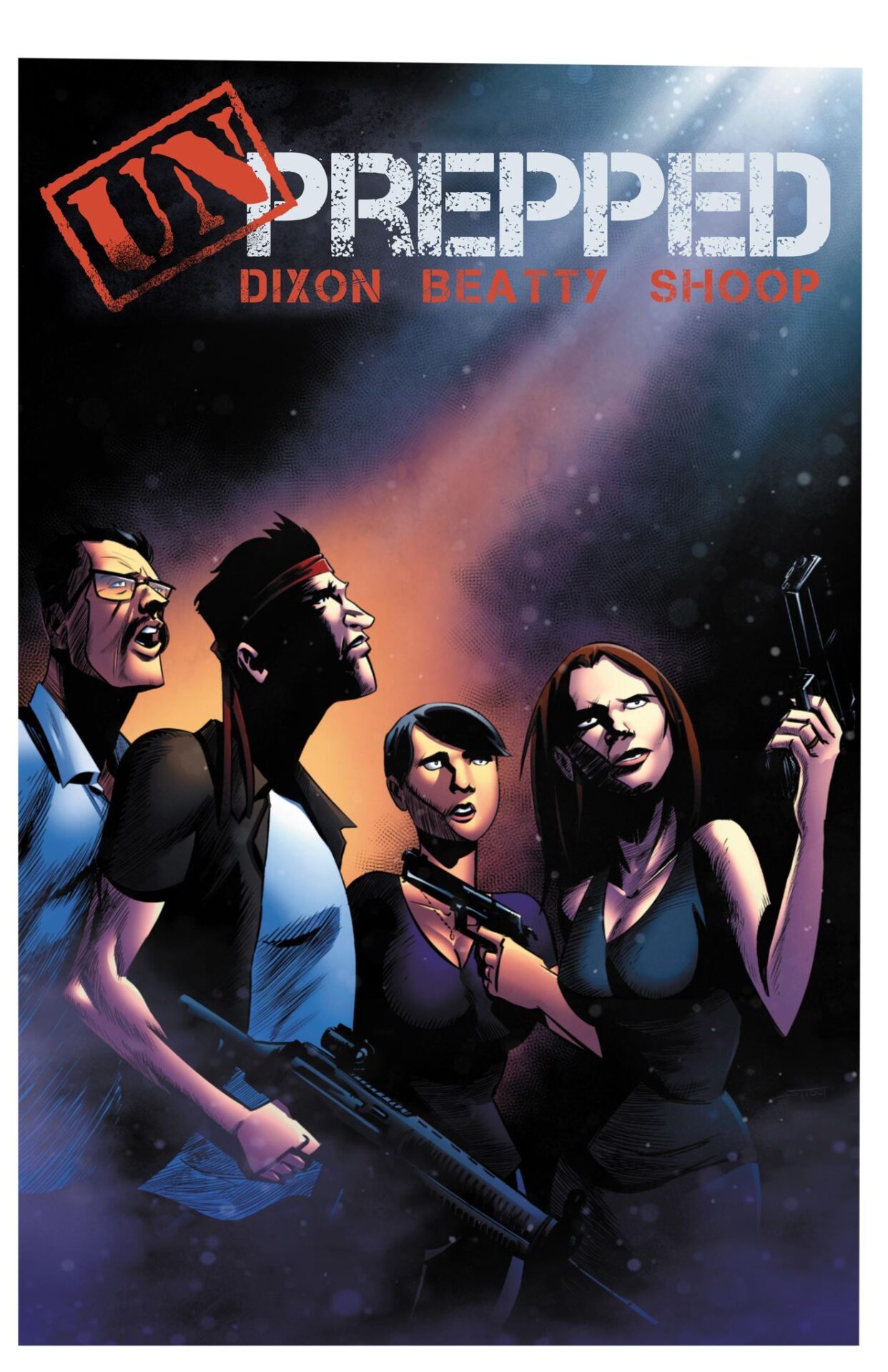 Beatty would go on to reveal that the series was greenlit the same day that he and Chuck pitched it to IDW. However, despite the entire series being written, penciled, inked, and colored, IDW Publishing never published it.

Beatty details they constantly moved the book’s release date back. When Beatty and Dixon inquired as to why the book was not being released, he was told “IDW was waiting for a ‘better market’ that was ‘more favorable to creator-owned projects’…” 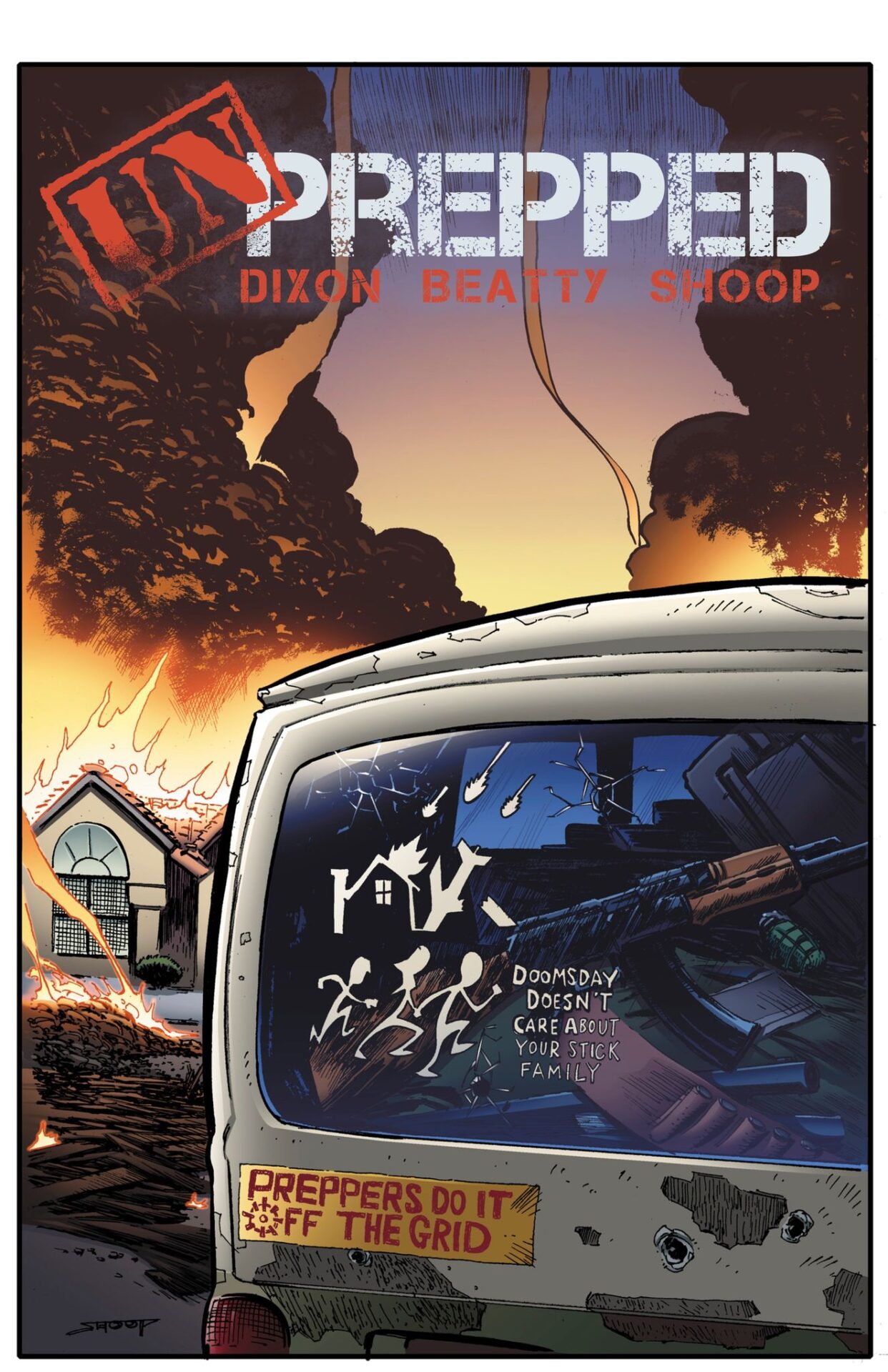 Interestingly, IDW Publishing still didn’t publish the book and Beatty reveals he eventually discovered they “had no intention of publishing Unprepped” claiming that the series “no longer fit their business model.”

Making this even more perplexing is that Beatty notes “the company had paid for scripts from us, art from Marlin, and colors from industry vet Brett Smith. IDW’s investment in it alone amounted to a hefty five-figure sum from soup to nuts.” 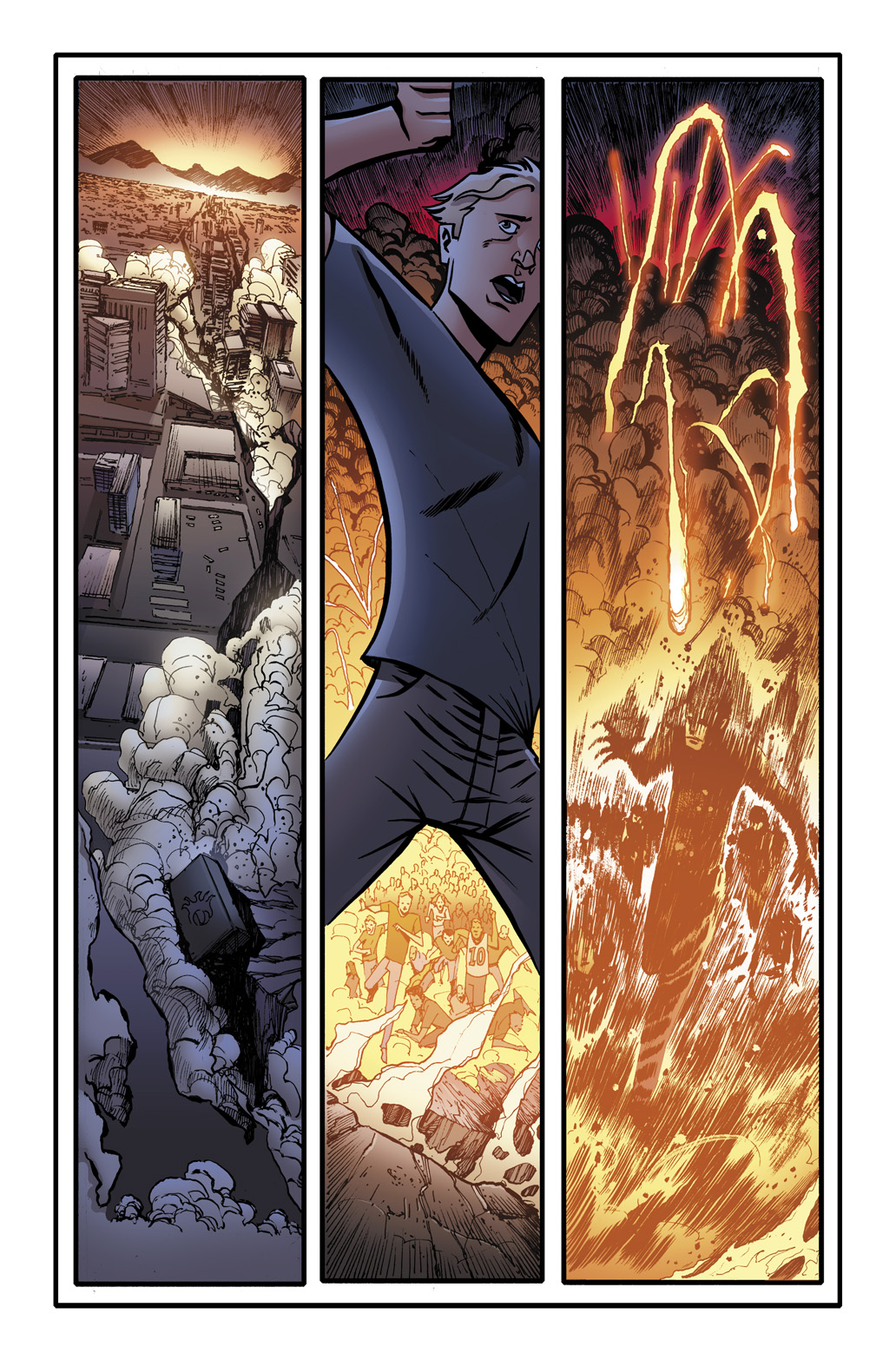 Beatty goes on to reveal that IDW agreed to sell the intellectual property back to him and Dixon. The two then tinkered with the idea of crowdfunding in order to attain the undisclosed sum of money to purchase it back and then offer it as a digital-first series or packaged as a graphic novel.

However, those plans were halted due to COVID-19 policies and restrictions implemented by numerous government entities and private corporations that crippled the comic industry. 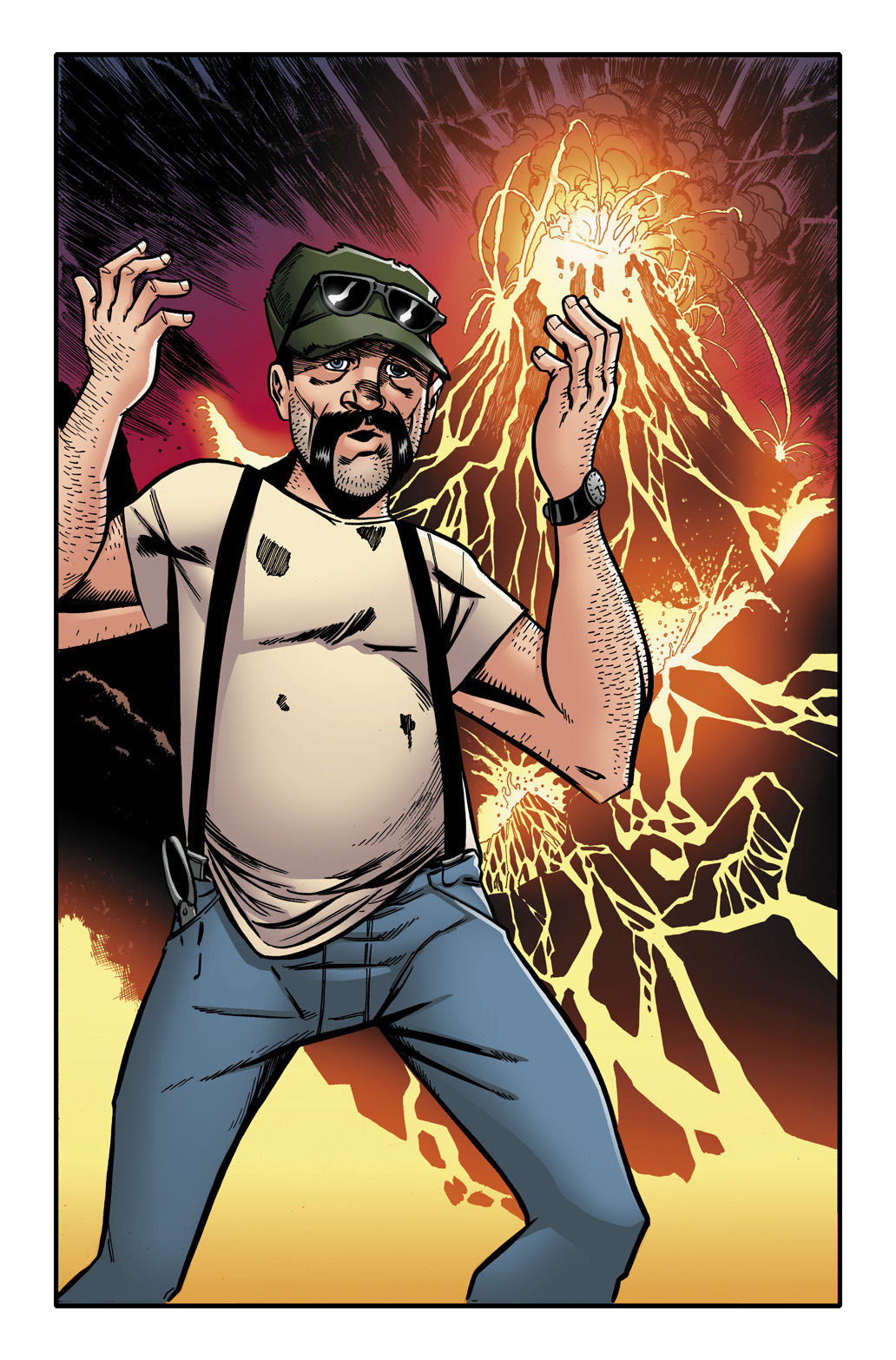 With the shutdowns taking over the country, Beatty proposed IDW publish the book for free as “a goodwill gesture from both publisher and creators for the love of comics and the appreciation of the fandom that keeps it alive.” However, IDW Publishing never even responded to the proposal.

While IDW sat on the property, Beatty noted their control of it expired on April 30, 2021 and the rights would revert back to him and Dixon, which they appear to have as they are now publishing the series through Antarctic Press. 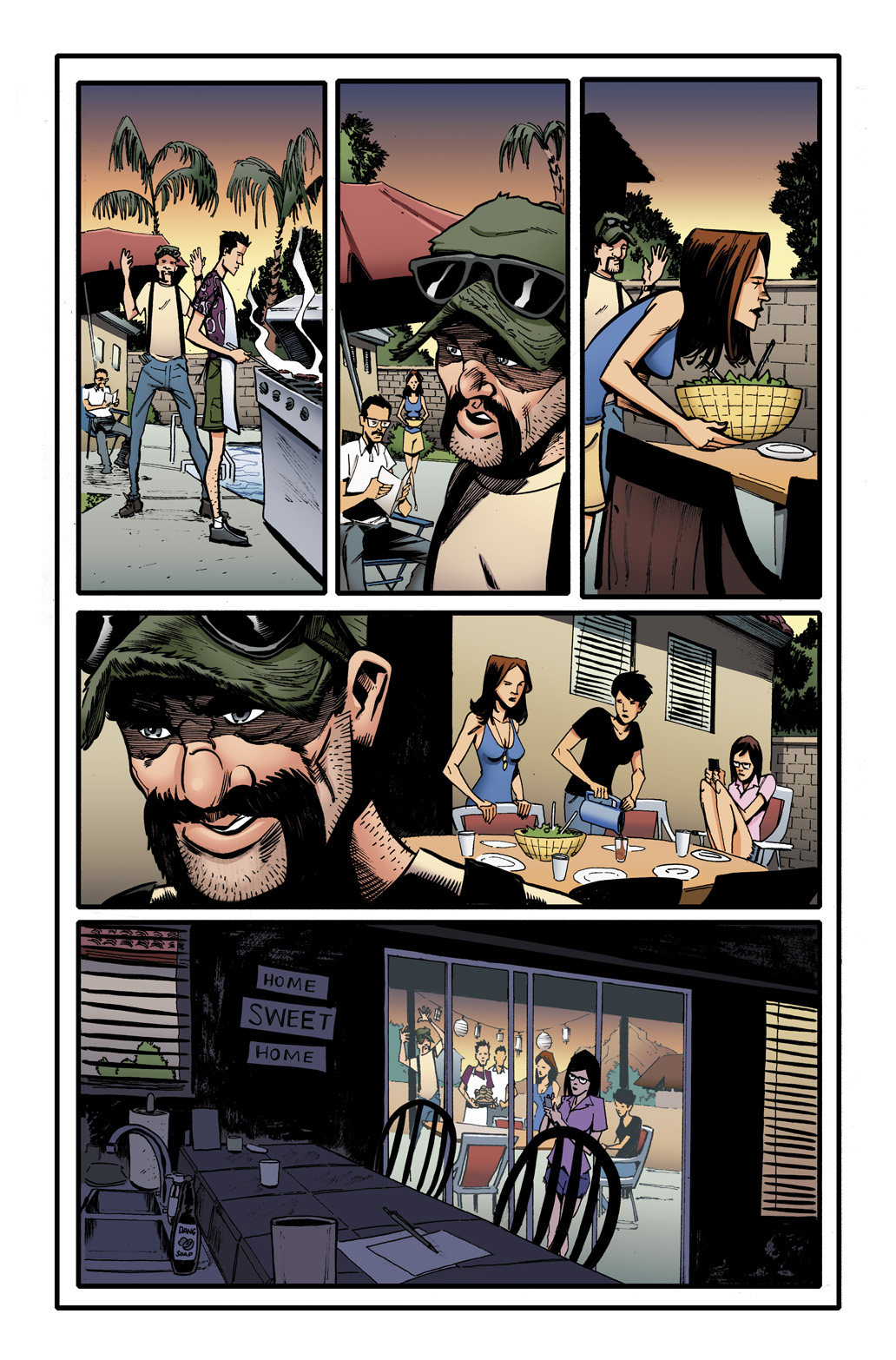 You can pre-order the series via Things From Another World. The first issue will retail for $3.99.

Do you plan on checking out Dixon and Beatty’s Unprepped?