Stargirl actor Ethan Embry took to Twitter to rail against Georgia Congresswoman Marjorie Taylor Greene after she chanted “Build the wall” during President Joe Biden’s State of the Union address. 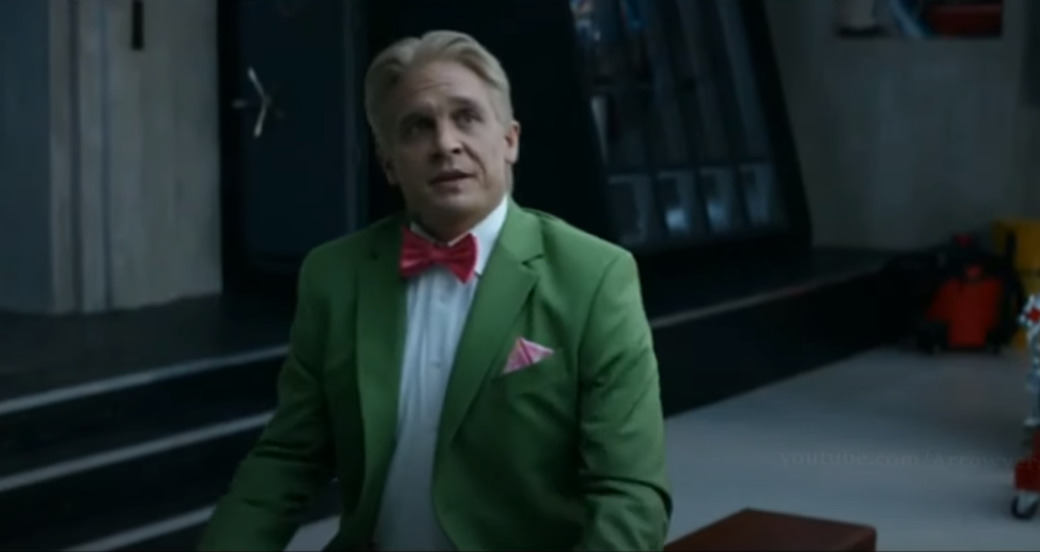 After President Joe Biden declared, “we need to secure our border and fix the immigration system,” Greene alongside fellow Congresswoman Lauren Boebert and what appears to be Congressman Ken Buck began chanting, “Build the wall” as you can see in the video below.

Embry, who was live tweeting the State of the Union, reacted to this moment writing, “Marjorie Taylor Green starts screaming build the wall build the wall.”

Embry, who played Johnny Thunder on Stargirl, then tweeted, “F*** that Nazi stain.”

In a response to a now deleted tweet from Atlanta Journal-Constitution reporter Tia Mitchell, Embry tweeted, “That was also from the Congress person from Georgia. The Nazi one.”

Later in the night he would declare, “MTG is delivering an America First rebuttal to the SOTU. AF is a group started by Fuentes the neonazi she appeared with on Saturday.”

He added, “For Boebert’s telegram statement she closed by saying ‘America First’ It’s not just a slogan, it’s an organized and popular nationalist movement.” 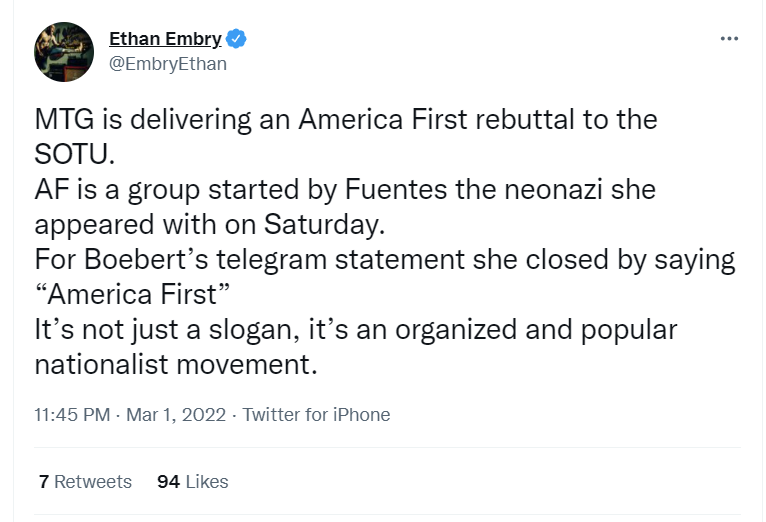 “Every Republican knows the existence of this group, and what it means when they pledge allegiance,” he added. 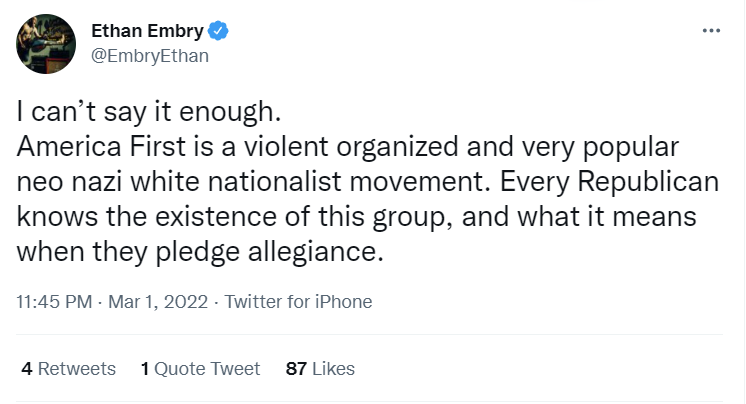 Embry’s comments are not out of the ordinary for him.

Embry would also declare there is a Nazi problem in America by sharing a video of Nick Fuentes speaking at the America First Political Action Conference (AFPAC).

He wrote, “Just to get an idea of the scope of the Nazi problem in America, check out the chat feed engagement at the convention MTG spoke at today. This was tame for Fuentes FYI. His version of ‘good behavior.'”

Just to get an idea of the scope of the Nazi problem in America, check out the chat feed engagement at the convention MTG spoke at today. This was tame for Fuentes FYI. His version of “good behavior”pic.twitter.com/1AZIHcV1W1

In September 2021, Embry also went after Tucker Carlson and his viewers.

He wrote, “All the proud nazi’s (real nazis) not just a term thrown around) on Telegram are excited about his show tonight. There’s more nazis here than most of us realize. Enough to keep him the most popular cable “news” show. 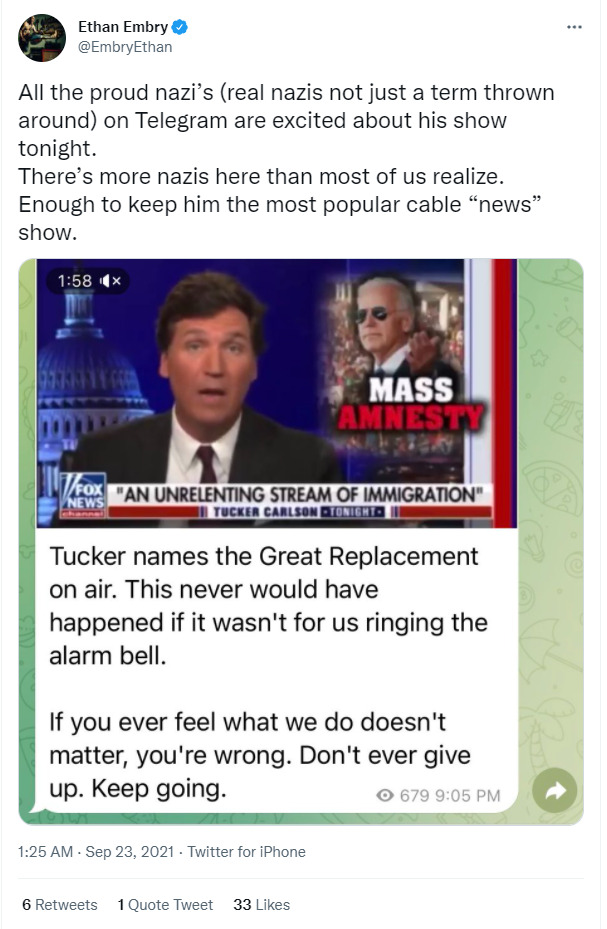 What do you make of Ethan Embry’s attack on Marjorie Taylor Greene?