Like most traditional comedians, Jerry Seinfeld doesn’t seem to give a flying toss about being politically correct, and he’s had to voice this opinion multiple times in recent years. In an age when the Woke Left have decided that having a sense of humor is forbidden, it only makes sense that the public would push back.

Therefore, it’s worth going back in time to a not-so-distant past when shows like Seinfeld were busy giving the proverbial middle finger to political correctness, long before it became a cultural movement. Coincidentally, these are some of the funniest episodes of the entire show, particularly because of how the subject matter was handled. 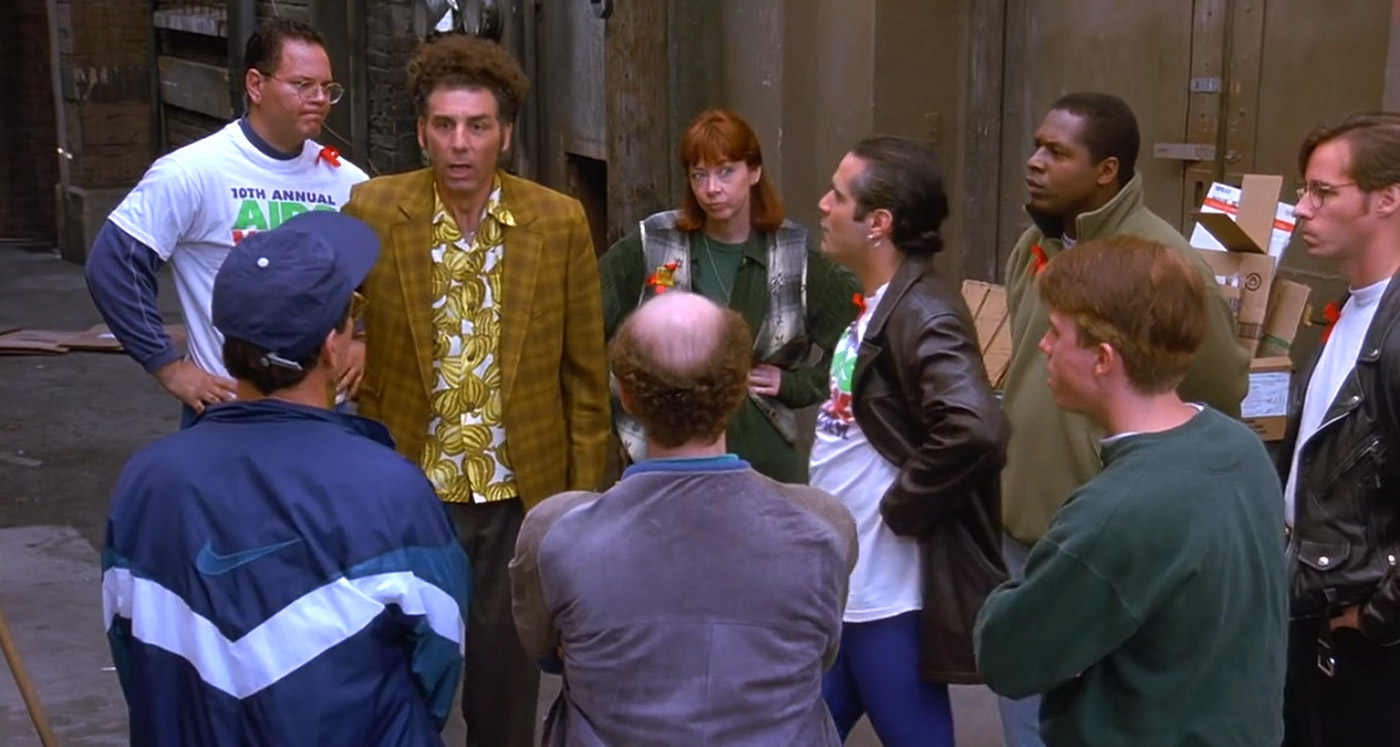 Eagle-eyed Seinfeld fans will notice a disturbing parallel between one of the subplots in this season 7 episode, and our recent tiff with the Coronavirus pandemic. It all starts when Kramer decides to join the AIDS walk, only to find himself pressured into wearing an AIDS ribbon, which he believes is little more than empty virtue-signaling.

Fast forward to our modern age when the Woke Left have attempted to bully everyone into wearing a mask, regardless of their inefficacies when it comes to preventing the spread of Covid-19.

The cult-like mentality of the masses ends up overshadowing the fact that Kramer was just as devoted to the AIDS walk as everyone else, yet didn’t feel the need to go along with the self-masturbatory crowd in order to show it. 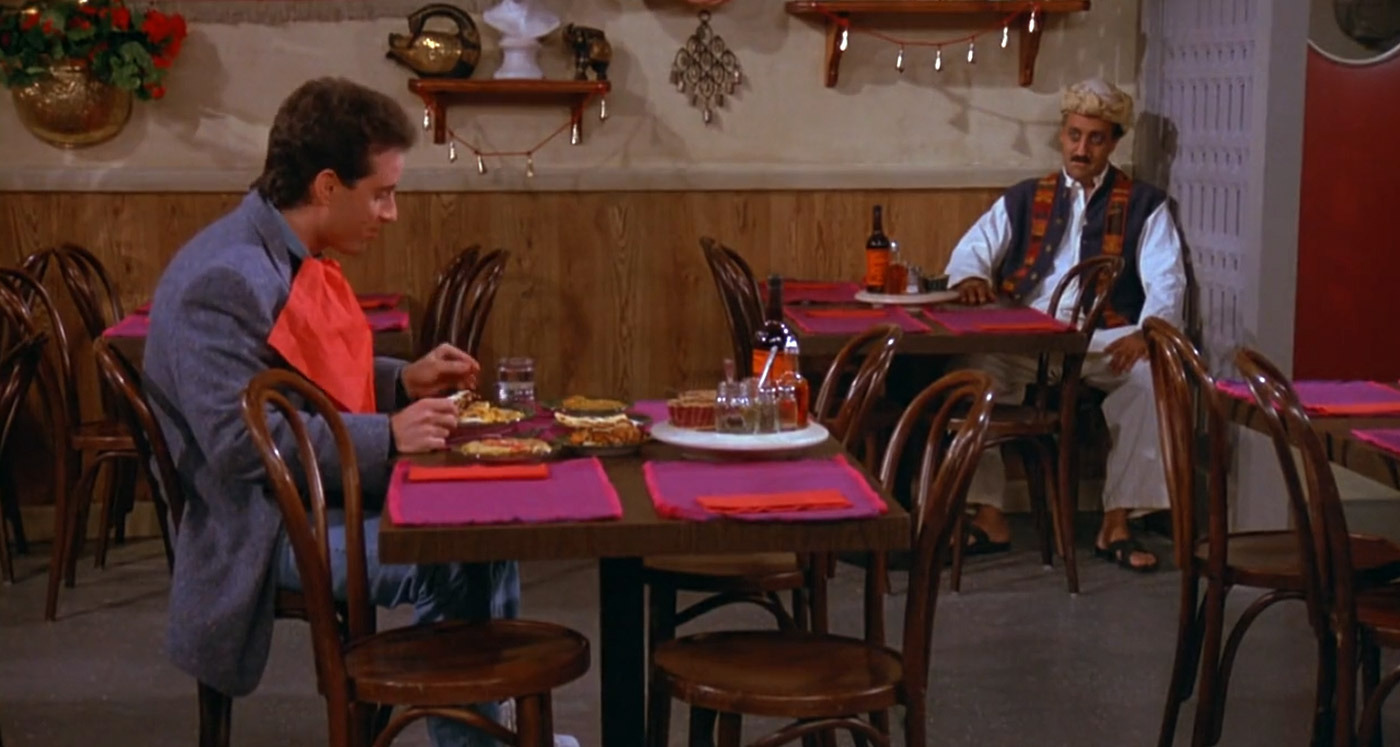 Many SJWs and Wokescolds loathe this particular Seinfeld episode, which is ridiculous, given that the show lampooned every culture in the world, including those of the cast. Nevertheless, it decided to go for the laughs by having Jerry try to help out a struggling Pakistani restaurant owner named Babu Bahtt.

Correctly noting that his unfocused and wide-reaching menu is confusing would-be customers, Jerry encourages Babu to switch it over entirely to Pakistani food. An excited Babu remodels and re-opens to an equally cold reception, and blames Jerry for his woes.

It wouldn’t be the last time Jerry inadvertently screwed over Babu, even if his intentions were somewhat honorable. 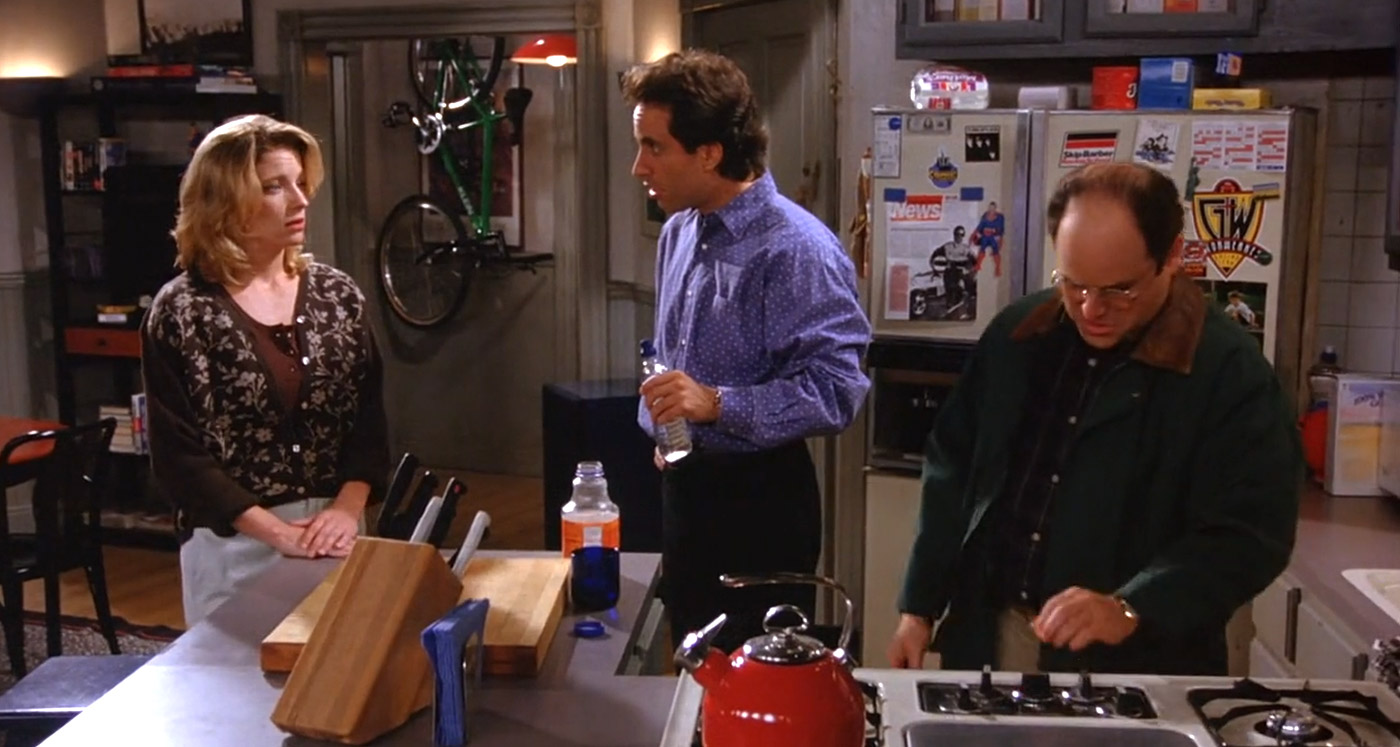 The modern Left throw shade at this season 6 episode for promoting so-called “yellow fever,” the fetishization of another race. It’s ridiculous on its face, as evidenced by a scene where Jerry expresses his fondness for Asian women, and Elaine suggests he might be racist. Jerry simply (and correctly) replies “If I like their race, how can that be racist?”

The same individuals accusing Seinfeld of fetishizing Asian people are the same people who fetishize and tokenize interracial relationships at every opportunity, while simultaneously discriminating openly against Asians as “white-adjacent,” and committing the most Anti-Asian hate crimes by all available metrics.

The hypocrisy is enough to make anyone sick to their stomach, but then again, that’s the modern Left in action. 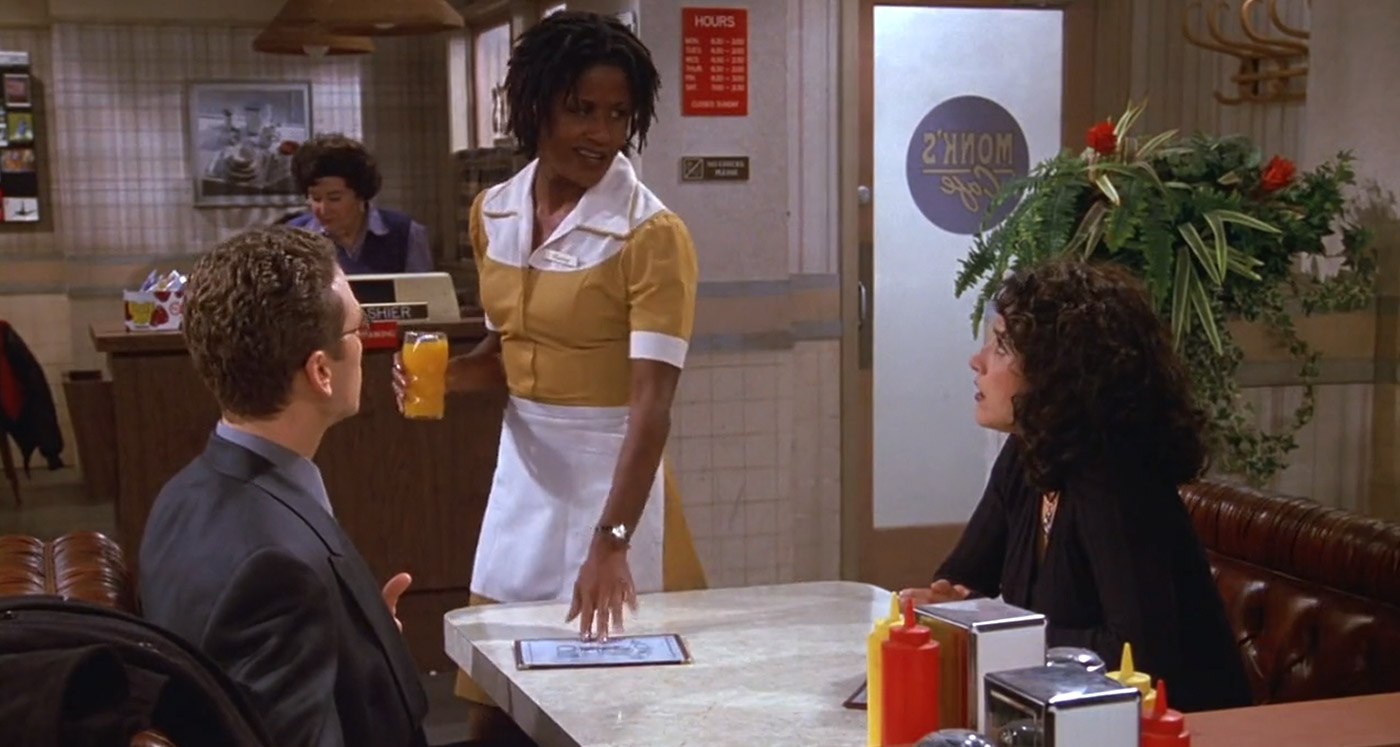 Elaine went down a rabbit hole in this season 9 episode when she couldn’t figure out if her new boyfriend was black. At every turn, she was given conflicting “is he or isn’t he” messages and signals, leaving her in a state of perpetual uncertainty.

She finally figures out that he’s not black at all, after he expresses his own confusion over whether Elaine was Hispanic. Ironically, the episode was meant to champion the idea of interracial relationships, but modern-day SJWs would completely miss the point of it all, given their rabid pursuit of racial hatred and division. 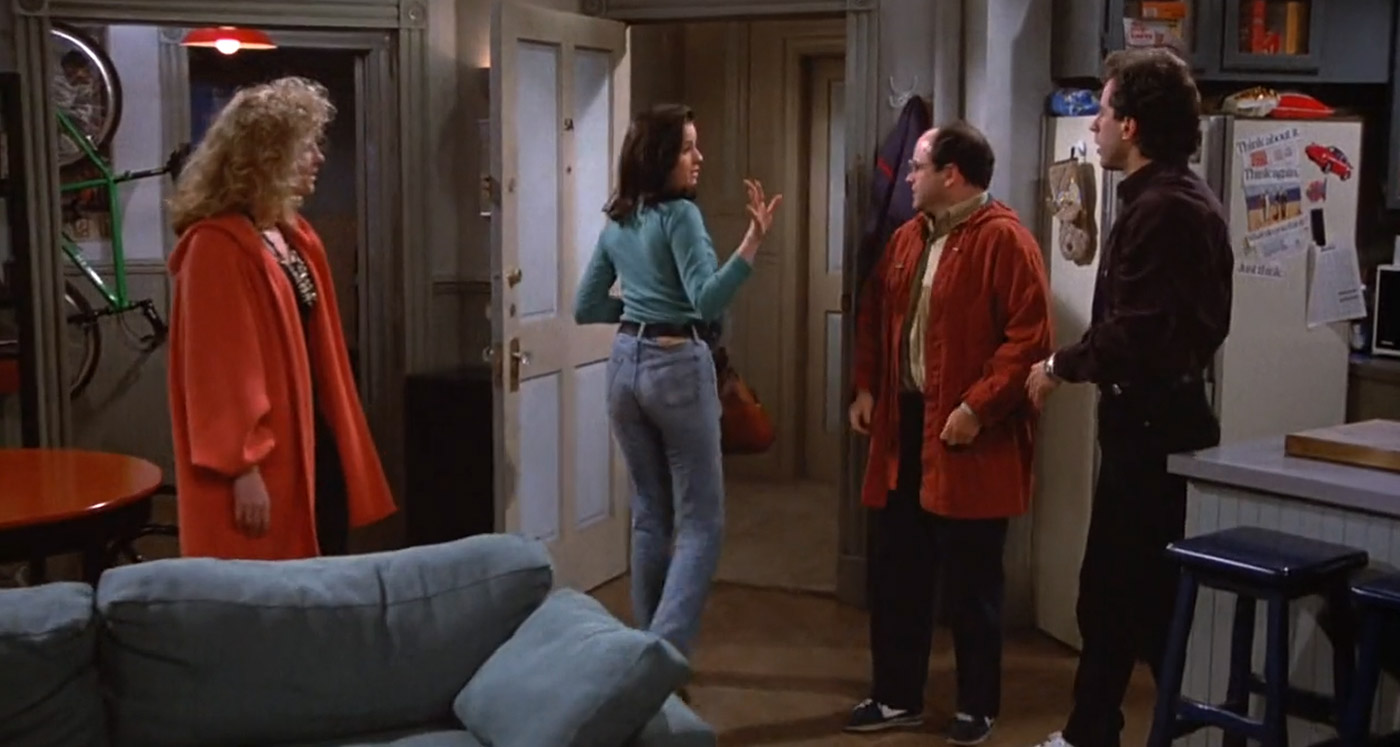 The most fascinating aspect of this season 4 episode is how well-loved it is by virtually everyone, and for good reason. It all starts when Jerry and George catch a female reporter eavesdropping on their conversation at the coffee shop, and pretend to be gay as a joke in order to throw her off.

Unfortunately, the reporter already has a date to interview Jerry, and the narrative has since been set. What transpires is a gut-busting and hilarious series of mishaps featuring Jerry and George trying their hardest to convince her that they’re not a gay couple.

RELATED: The Simpsons Asserts ‘SJW’ Is A Term Only Used By “Right-Wing Trolls”

When the word gets out, it’s chaos everywhere, which was a way for the show to expose the silliness of homophobia. By today’s warped standards, it would be taken as an anti-LGBTQ story, which is the polar opposite of what it wanted to accomplish. 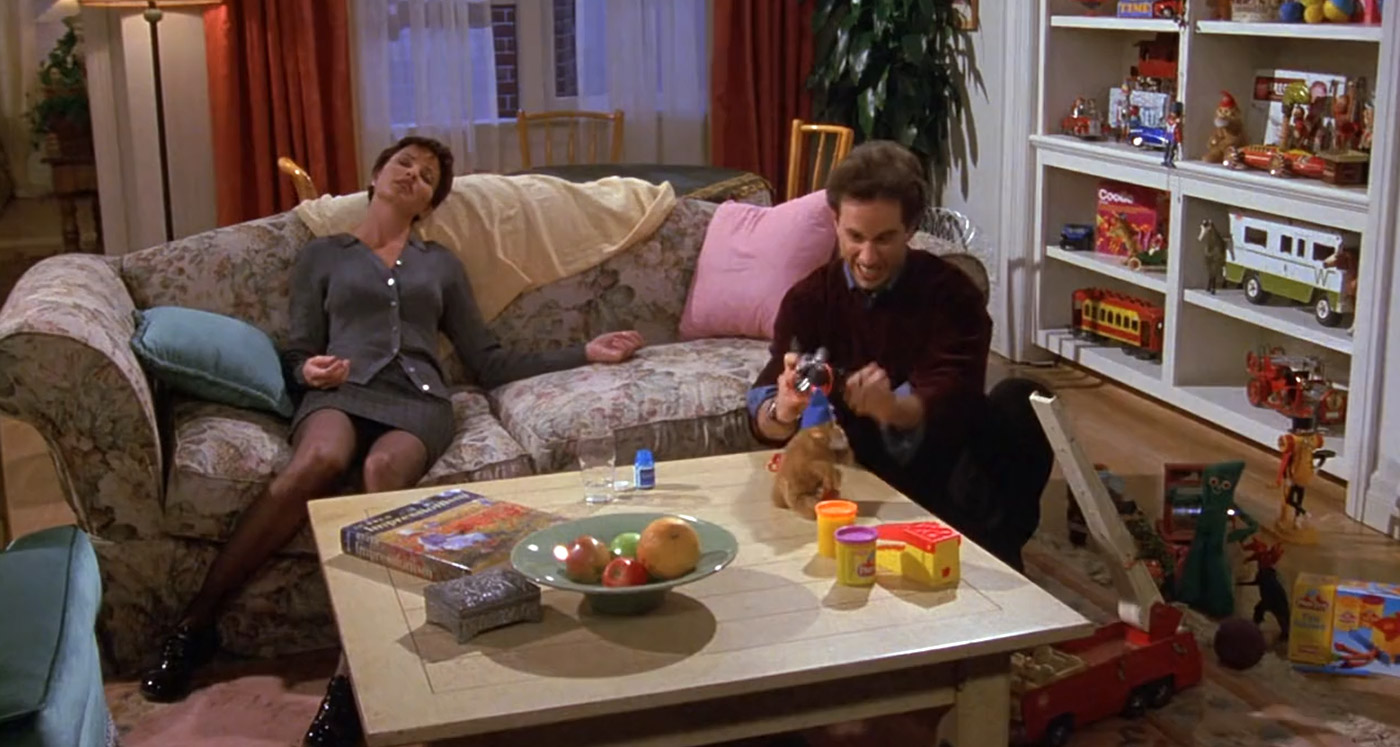 The 90s saw the cultural emergence of date rape drugs like Rohypnol, which unfortunately carried over into our modern day. Seinfeld, for its part, tried to poke a little fun at the idea by placing Jerry in a situation where he’s dazzled by his date’s vintage toy collection. The inner kid in him wants desperately to play with the toys undisturbed, so he comes up with a plan.

He decides to knock her out with Excedrin so that he can get at her toy collection, but it isn’t long before he invites George to join in on the fun. While the overall idea of drugging a woman pushed the boundaries of acceptability, the reasoning behind the action was totally funny. 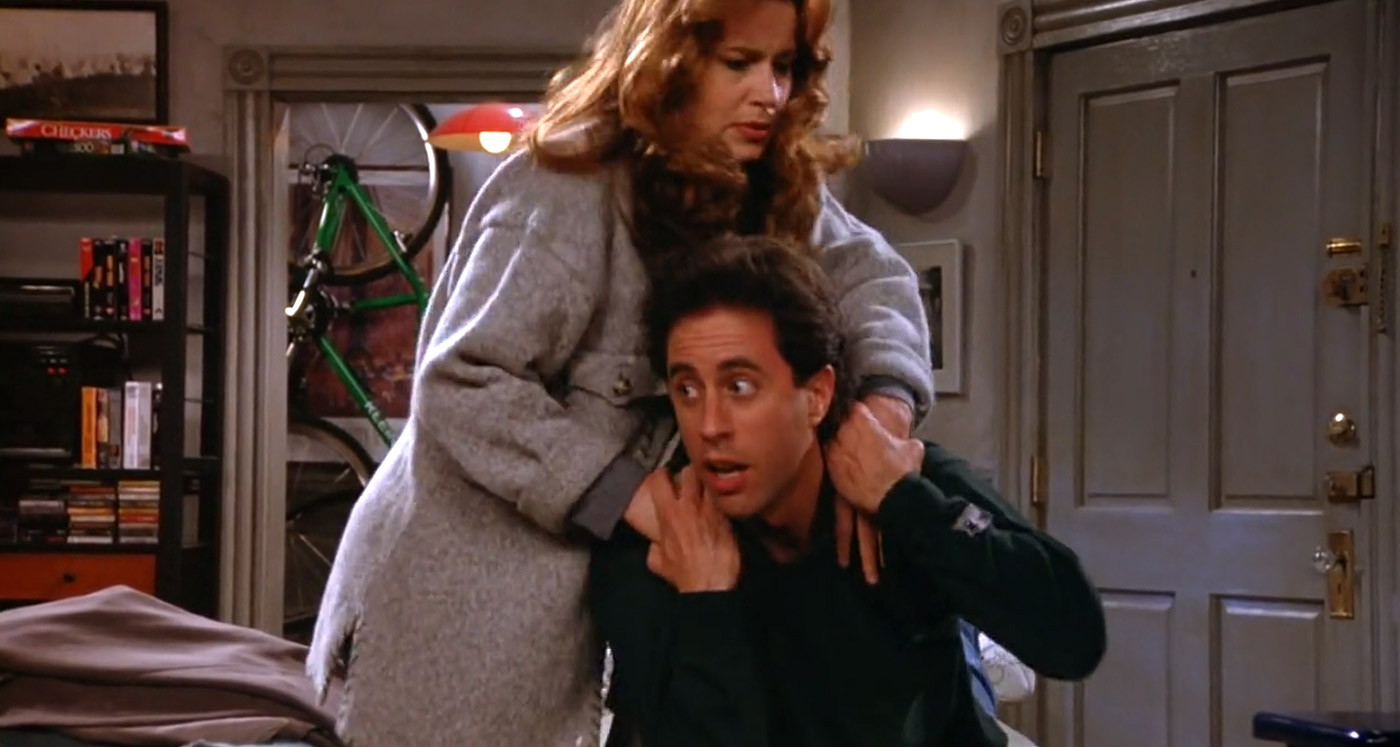 This episode poked fun at the entire concept of date rape by focusing on Jerry’s relationship with a very talented masseuse. Sure, the sex was fantastic, but what Jerry really wanted was one of her coveted massages, which she didn’t seem to be very interested in giving.

By the end of the episode, Jerry is so desperate for a massage that he grabs her hands and places them on his shoulders, encouraging her to do it. To the hyper-sensitive Wokescolds living in the modern age, this episode is horror incarnate. To everyone else who understands that comedy oftentimes pokes fun at the dark aspects of society, it was knee-slapping hilarious. 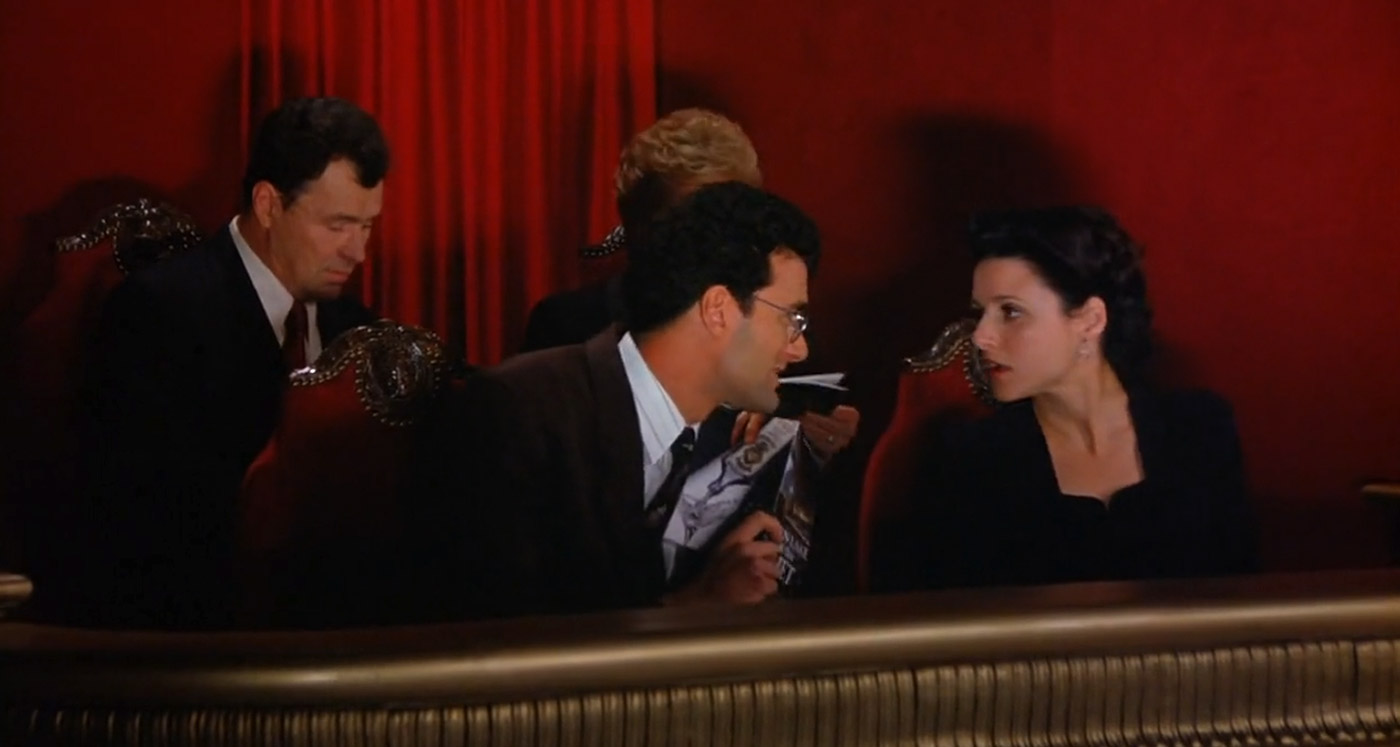 The concept of sexual conversion is nothing new, and has been around in one form or another for decades. However, Seinfeld attempted to poke fun at the whole thing by penning an episode where Elaine falls in love with the perfect guy… who just happens to be batting for the other team.

Despite Jerry’s discouragement, Elaine tries to seduce him into going straight, and ends up succeeding. That is, until he ends up going back to his own team, leaving Elaine empty-handed. Even Jerry is forced to admit that “they lose very few players.”

Such an episode would provoke outrage today, which is ironic, since the Woke Left view sexual preferences as continuously fluid and interchangeable. Maybe there’s a joke in there, somewhere. 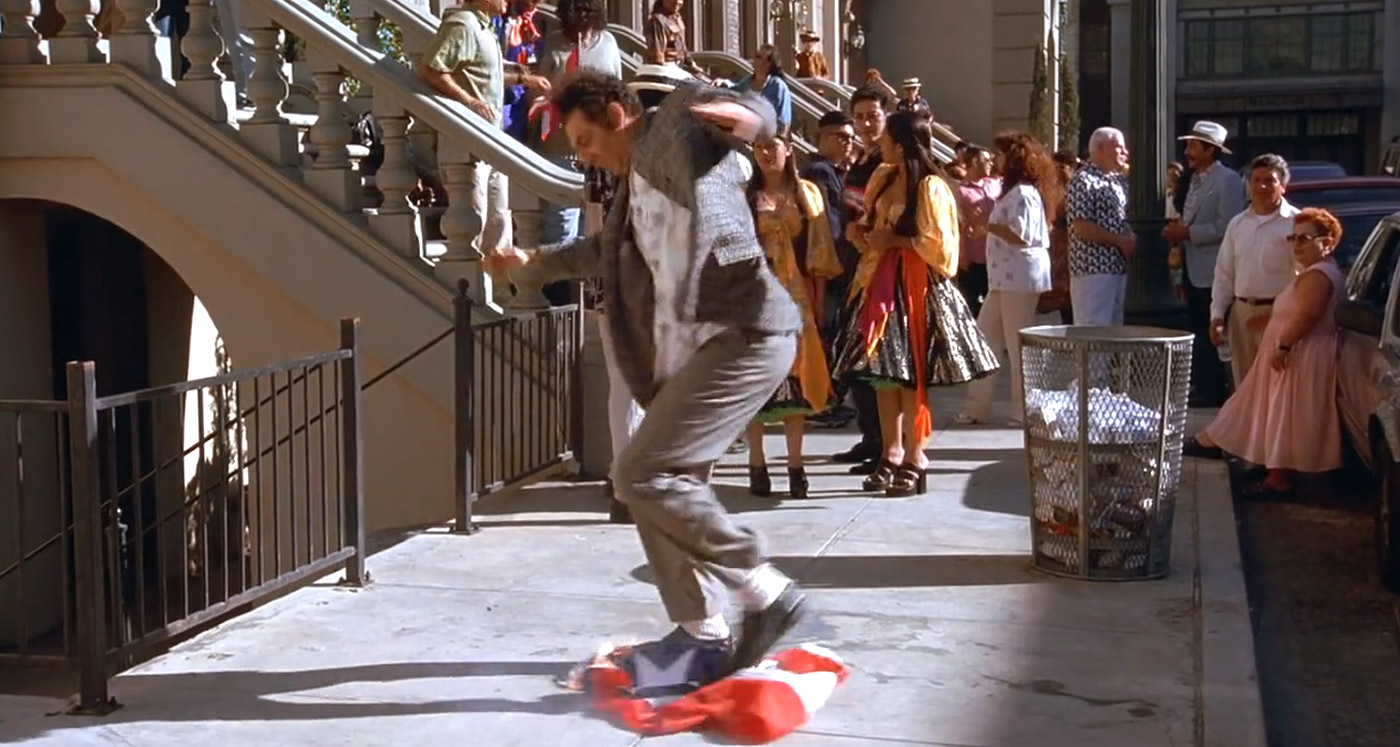 Without a doubt the dumbest example of overblown outrage, this episode caught a ton of flack for depicting a scene showing Kramer stomping on a Puerto-Rican flag in order to put out a fire. Naturally, the idea was to provoke some dialogue about the subject in a typically comedic and light-hearted way, but many didn’t see it as such.

The hypocrisy surrounding the manufactured controversy of this episode was obvious. Even today, the act of burning the American flag is viewed as courageous and brave by the Woke Left, driven primarily by their inherent hatred of the country. In Kramer’s case, he was simply trying to put out a fire. 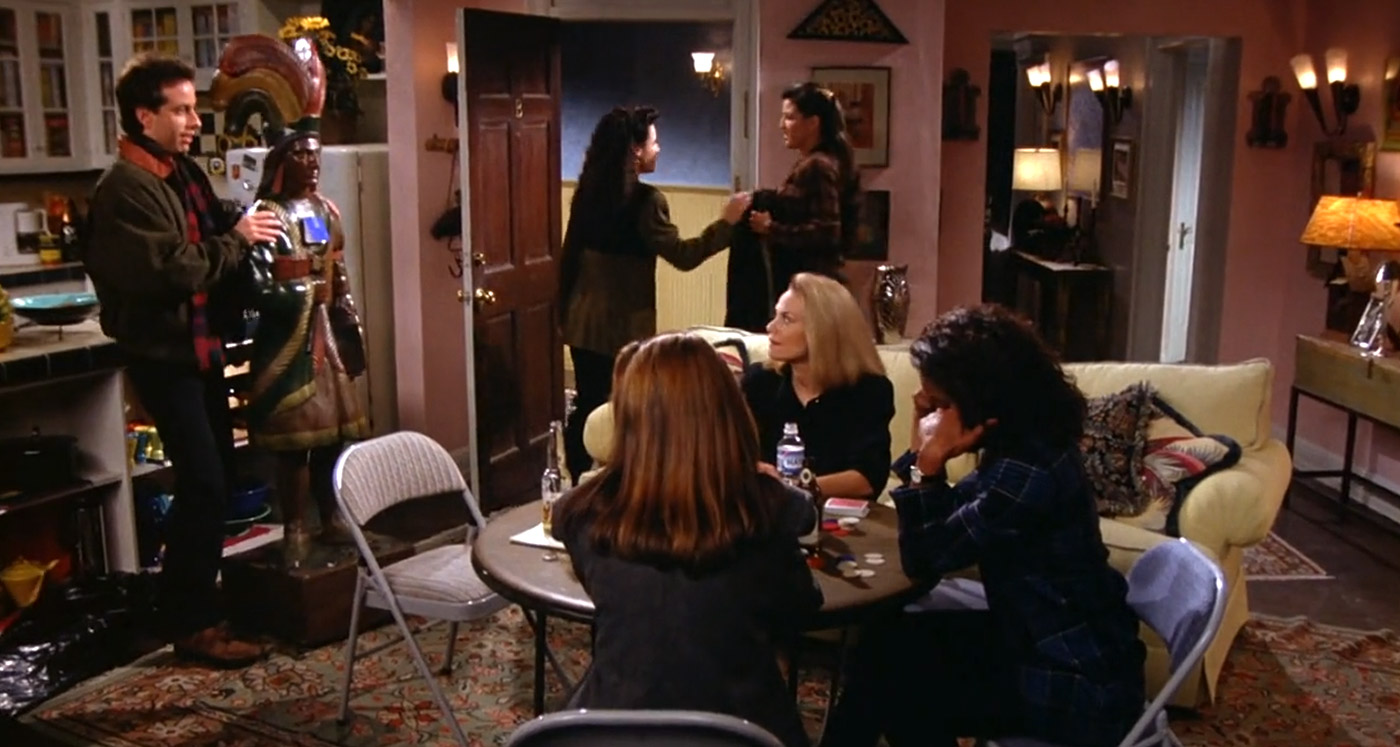 No other episode in Seinfeld’s repertoire went for the jugular of political correctness quite like this one. It all starts when Jerry decides to buy a kitschy cigar store Indian as an apology gift for Elaine, and lugs it over to her apartment where she’s enjoying a gathering of friends.

Jerry’s cultural ignorance is on full display, which indirectly insults Winona, a beautiful Native American woman that he has the hots for. After realizing his mistake, Jerry reconciles with Winona, and the two begin dating.

However, things get tense when Jerry is afraid to use words like “reservation” in regards to dinner, or “scalper,” a reference to the practice of buying event tickets from shady individuals in back alleys. The entire episode is laugh-out-loud hilarious, due in large part to how it lampoons the ridiculous and insane extent at which political correctness can go.

Unfortunately, it also foreshadowed a much darker period in American culture, when merely using a controversial term or word, even when quoting history in context, could lead to one’s life and career being destroyed by hate-filled bullies and political zealots.

NEXT: 10 Least Woke TV Shows To Detox The Mind