A relatively recent rumor claims that Marvel Comics Vice President of Content & Character Development Sana Amanat has been fired from the company. 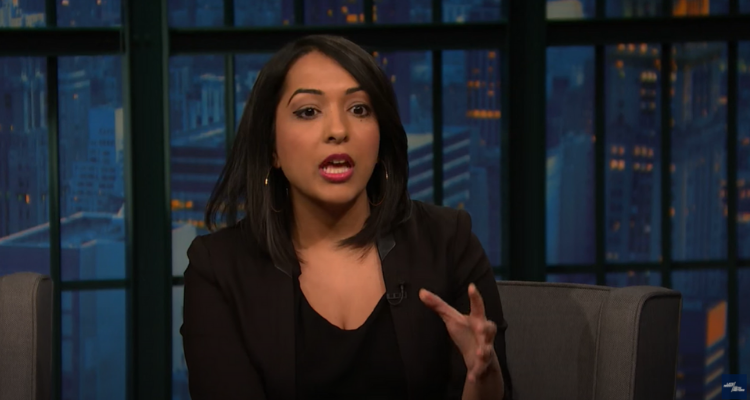 The rumor first surfaced back in December 2021 when YouTuber Az of HeelvsBabyface took to Twitter to ask, “Hey Marvel could you please either confirm or deny the rumour that Sana Amanat was recently (or still is) suspended from work due to “misconduct” (or something similar) charges?” 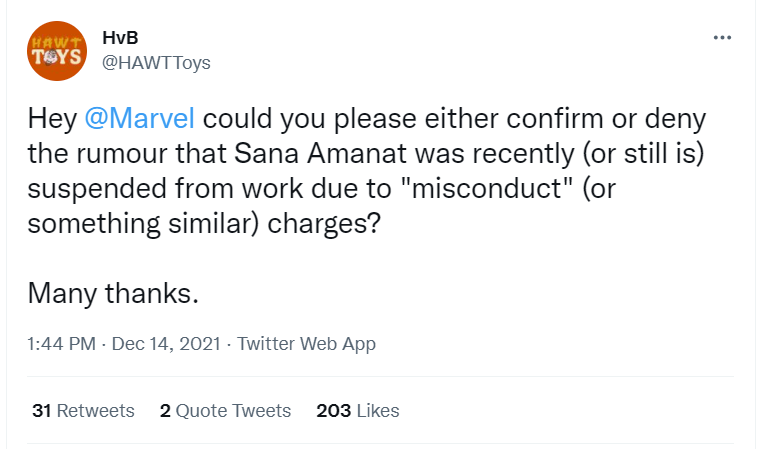 He recently followed up on this idea in a recent tweet over the weekend asking, “Marvel, Is there any truth to the rumour that Sana Amanat has, or is in the process, of leaving or being fired from the company?”

Former DC Comics artist and the creator of Cyberfrog Ethan Van Sciver added credence to the rumor. He first tweeted, “Az has a rumor that Sana Amanat has been fired from Marvel for ‘sexual impropriety’ with two male employees.”

He added, Rich Johnston, my guess is that this is bullshit, because if it was true, and some bald British YouTuber got it before BleedingCool…” 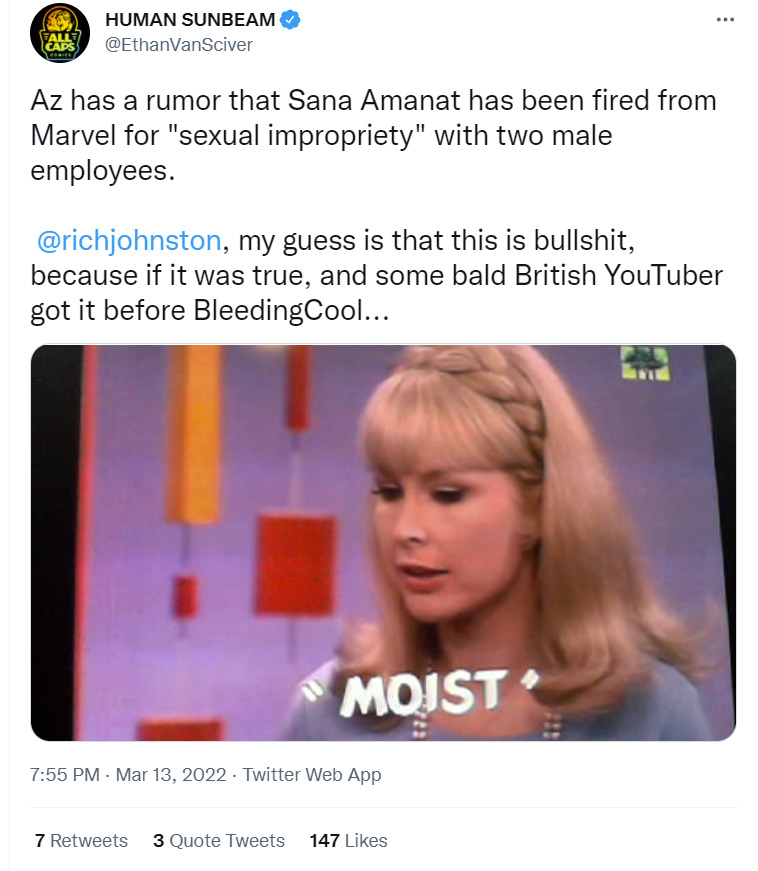 In a separate tweet, Van Sciver claiemd “more confirmation” was coming in regarding the rumor.

He wrote, “Hey Bleeding Cool and Rich Johnston! More confirmation is coming in about Sana Amanat allegedly losing her job at Marvel for sexually harassing Disney employees! Will you investigate?”

In reply to a user questioning Az as a source on  his first tweet, Van Sciver claimed he had a second source.

He wrote, “Yeah I got a second, better source. I didn’t believe Az. Could be just a rumor but…” 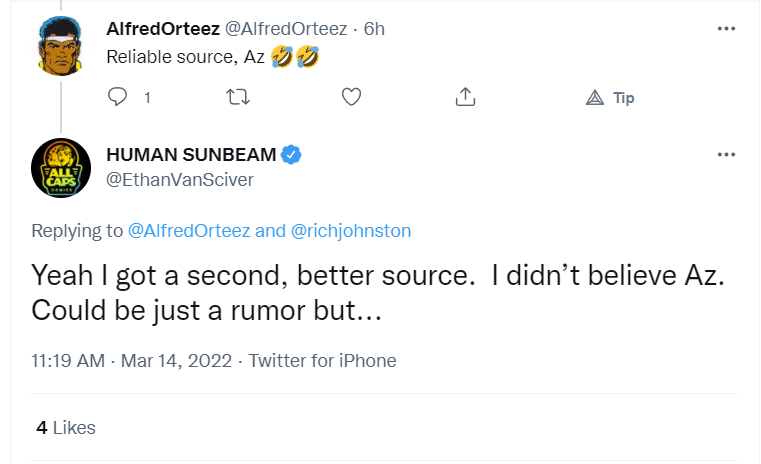 He would also indicate that he is taking the rumor with a grain of salt writing on Twitter albeit he added more information to the rumor.

Van Sciver tweeted, “I’m hearing Marvel is trying to parachute her out quietly without embarrassment.” 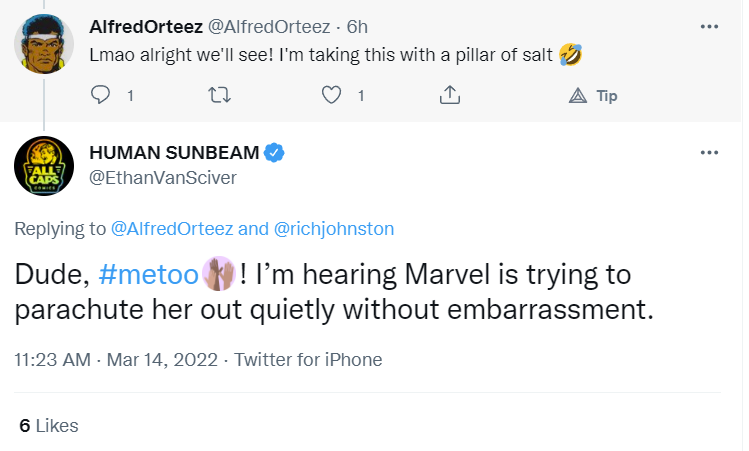 As noted by Clownfish TV, Amanat has not updated her Twitter account since December 2021 when Az from HeelvsBabyface originally questioned whether or not Amanat had been suspended at Marvel Comics.

Amanat’s last tweet was an update on Marvel Studios’ Ms. Marvel television series. She wrote on November 12, 2021, “Been working hard with an incredible team to bring this show to life. The pressure and responsibility we all feel is intense. The love we have is immense. Praying we can make you all proud.” 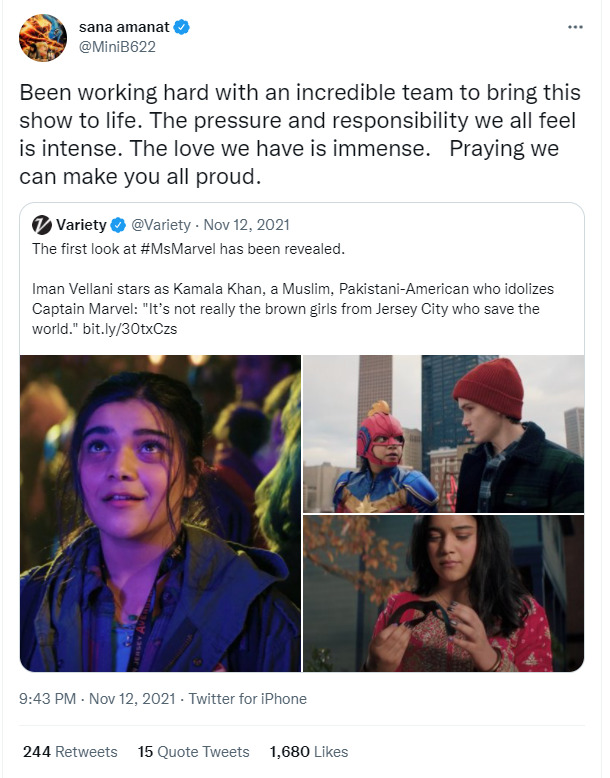 She did retweet Marvel Comics author Samira Ahmed’s announcement that her Ms. Marvel: Beyond The Limit #1 issue came out. Ahmed’s tweet was posted on December 22, 2021 so Amanat’s retweet occurred either on that day or sometime after. 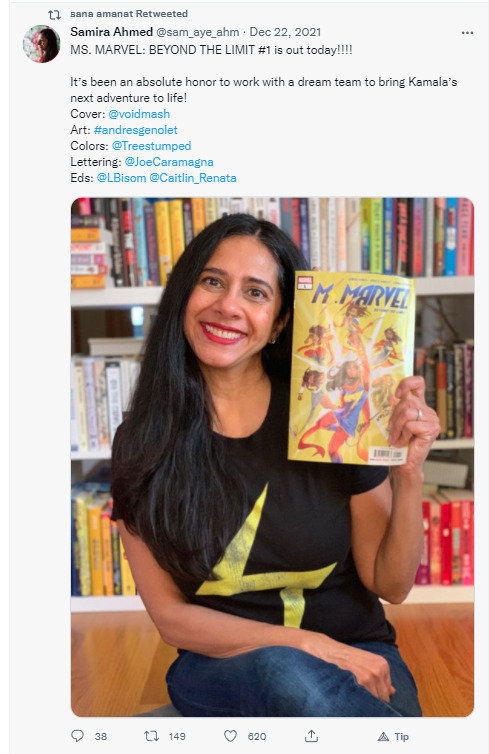 Clownfish’s Kneon speculates that Amanat might be getting removed from the company similar to former Editor-in-Chief Axel Alonso.

He explained, “I’d heard from people in Disney Publishing that [Axel Alonso] was given an ultimatum. When he got gone, they didn’t make a big deal about it, they just kind of pushed him out the door and then he had to sign papers that he wasn’t going to talk.”

Kneon elaborated, “I’ve been in situations like this at companies I’ve worked at where they’ve bought out executives and — like you get your salary for the rest of the year, you get two years severance or whatever the deal is, but you have to shut your mouth.” 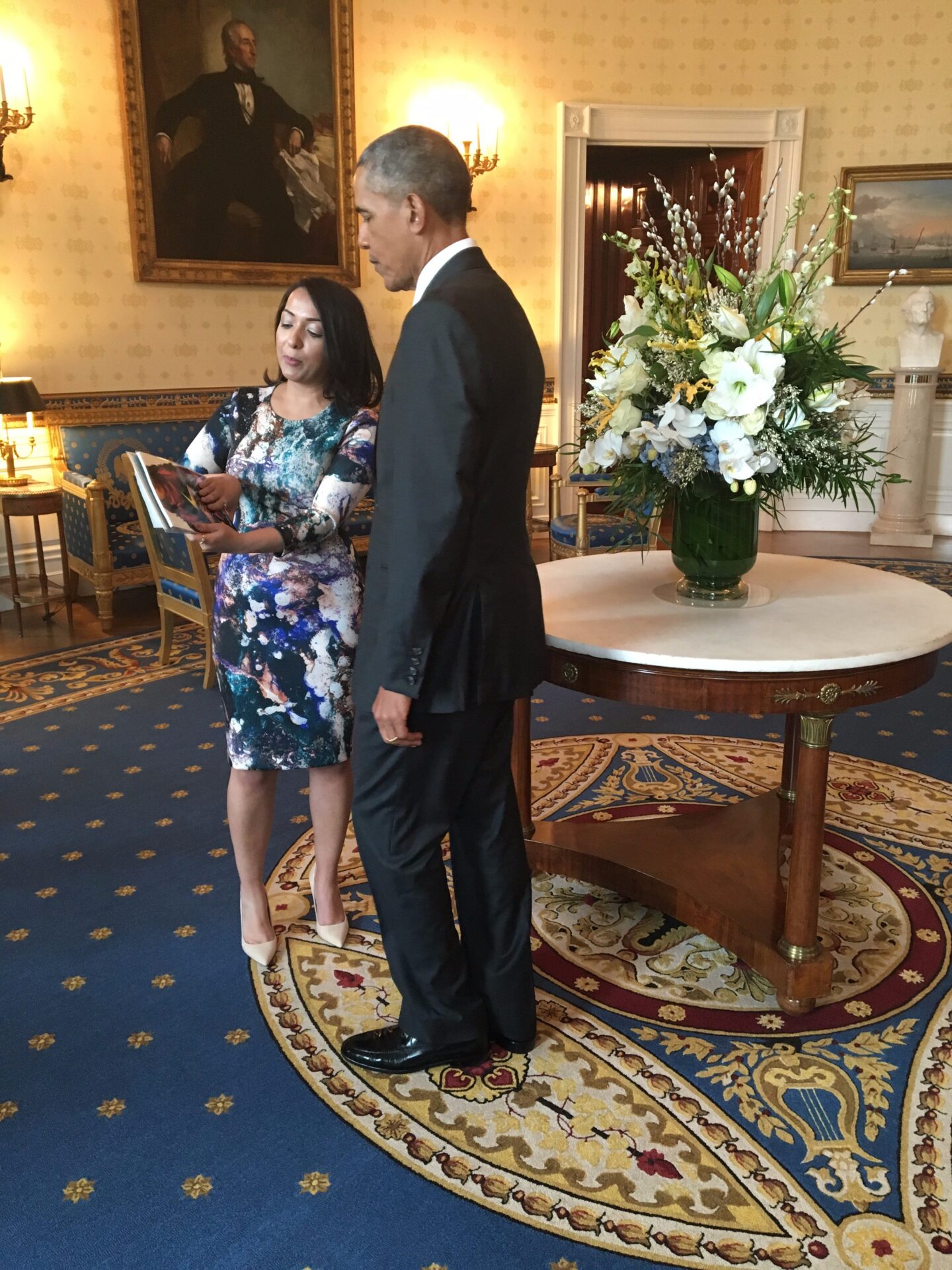 YouTuber Thinking Critical claims the alleged misconduct that Amanat is accused of had been happening for over a year and a half.

He stated, “I’d actually heard about these allegations that have been placed against Sana Amanat quite a long time ago. I think this has been going on for like I think a year and a half now. That she’s been in a bit of hot water, not just with Marvel Comics but really with Disney. There were HR complaints.”

Regarding the nature of the allegations against Amanat he explained, “It sounded like, from my perspective as somebody that was a leader in the military, has also worked with other folks in leadership positions, I would call it an unprofessional work relationship or unprofessional behavior in the workspace. Something along those lines.” 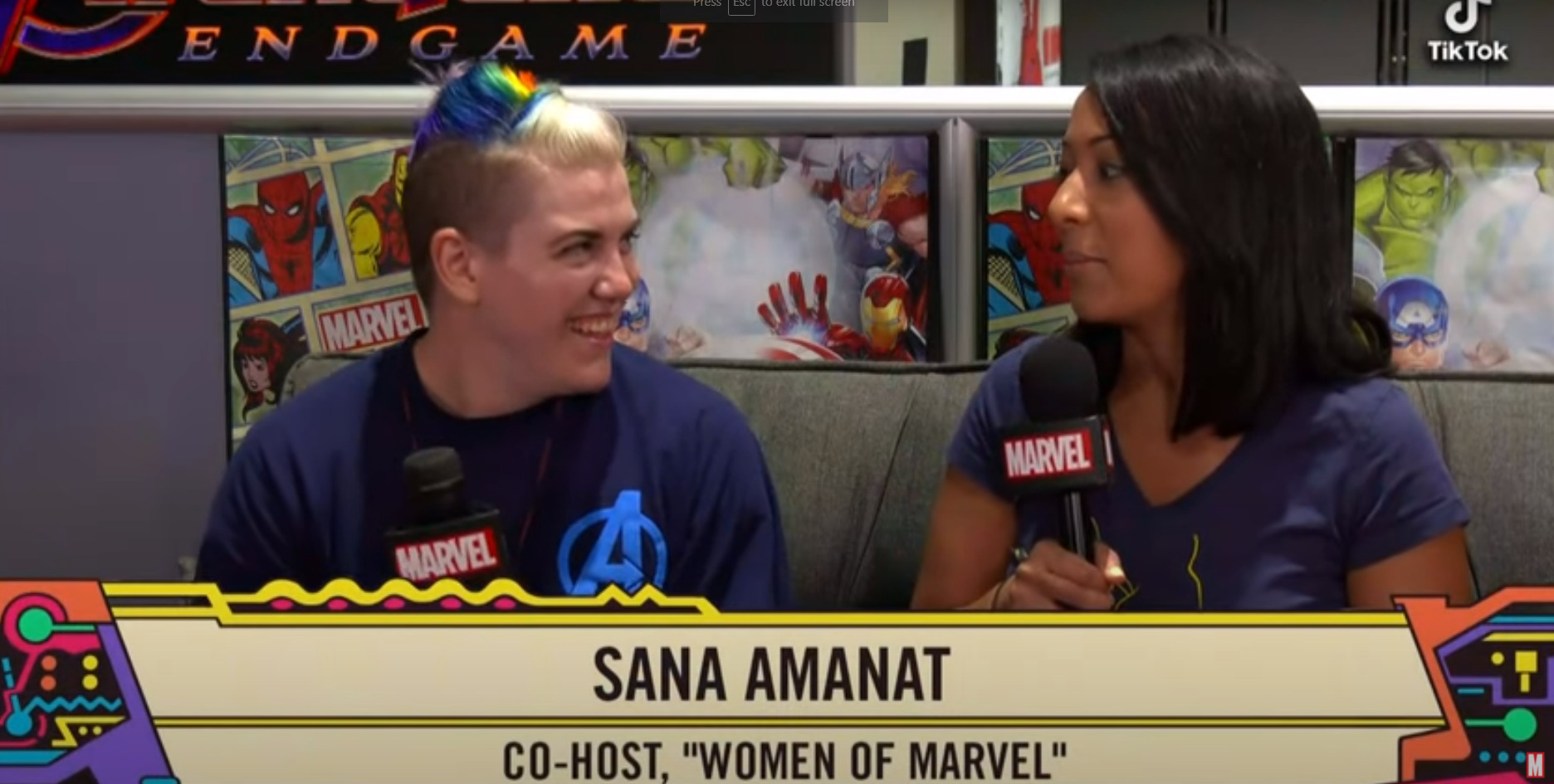 He added, “You will not get a confirmation out of Marvel Comics or Disney. They don’t really do that. A lot of ties when they let people go you actually never hear a peep of it.” 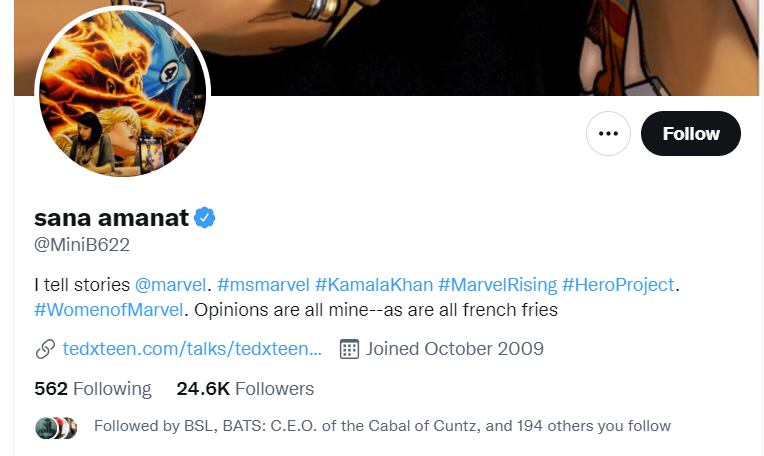 Her LinkedIn profile also shows her as still working for Marvel. 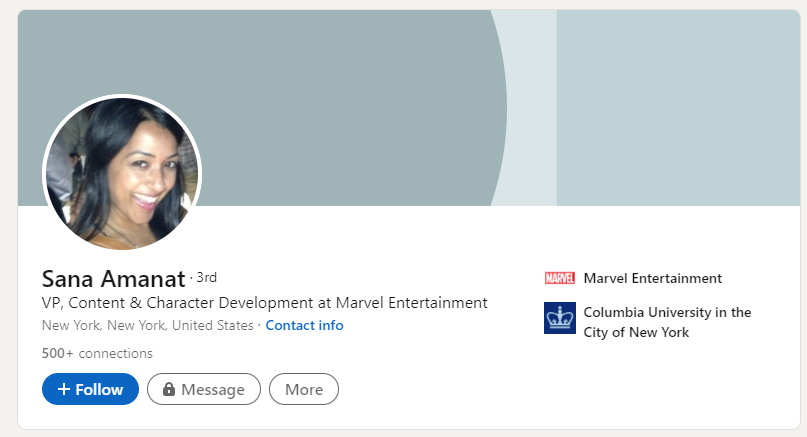 What do you make of this rumor that Amanat has been fired from Marvel Comics?