It is becoming more clear why LGBT activists are angered at the idea of having less access to your children. 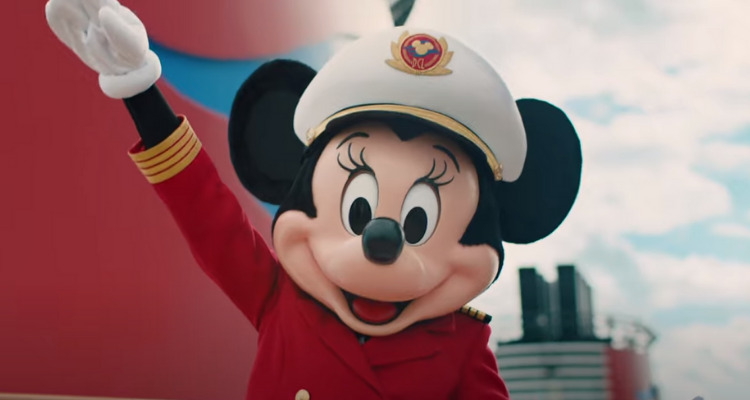 The war between Disney and the state of Florida has been raging on for weeks ever since the state announced Florida’s Parental Rights in Education bill that bans the teaching of sexual orientation and gender identity to students in kindergarten through third grade.

The bill has been labeled an anti-grooming bill by Florida Governor Ron DeSantis’ press secretary Christina Pushaw while opponents have labeled it the “Don’t Say Gay” bill. For weeks, there has been fierce debate on social media about how much of the LGBT agenda should be pushed on children between the ages of 4-8. 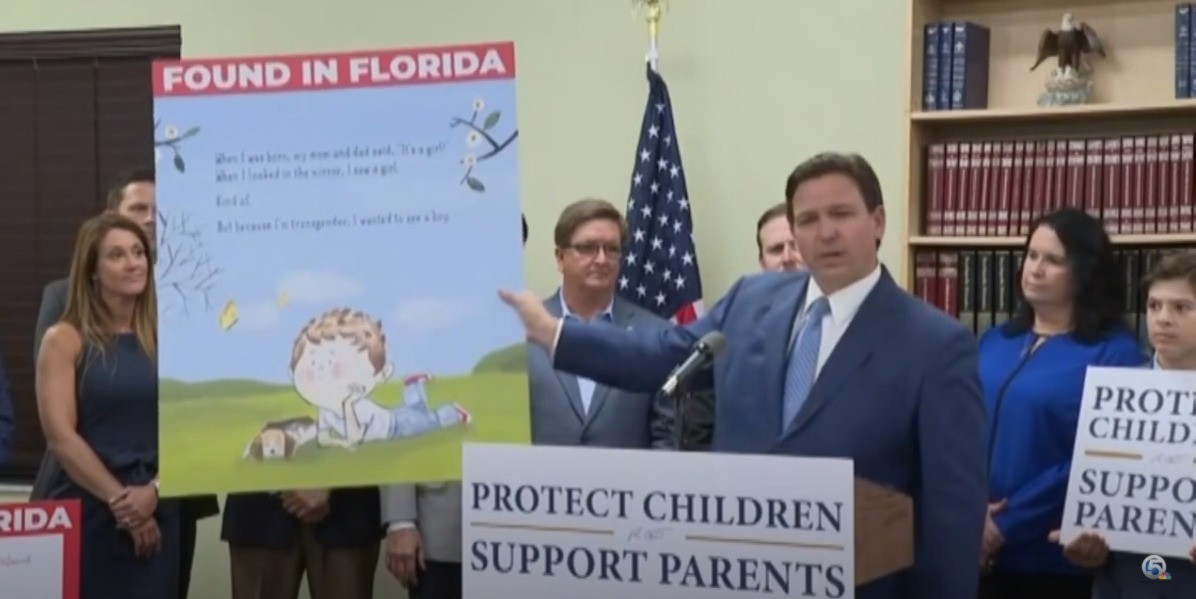 During a virtual staff meeting among Disney employees and executives, executive producer Latoya Raveneau, and President of Disney General Entertainment Content Karey Burke, and others admitted to having a not-so-secret agenda to push gay and queer content in programs targeted to children.

In a video of the meeting that was obtained by journalist Christopher Rufo, Burke spoke on how important it was for her to have “many, many, many LGBTQIA characters in our stories” as the mother of transgender and pansexual children.

Burke said, “I’m here as a mother of two queer children, actually. One transgender child and one pansexual child. And also as a leader. And that was the thing that really got me, because I have heard so much from so many of my colleagues over the course of the last couple weeks in open forums and through emails and phone conversations. I feel a responsibility to speak, not just for myself but for them. “

The clip then appears to cut before Burke also says, “That is up to all of us. We had an open forum last week at 20th where, again, the home of really incredible groundbreaking LGBTQIA stories over the years, where one of our execs stood up and said, ‘You know, we only had a handful of queer leads in our content.’ And I went, ‘What? That can’t be true!’ And I realized, ‘Oh. It actually is true.'” 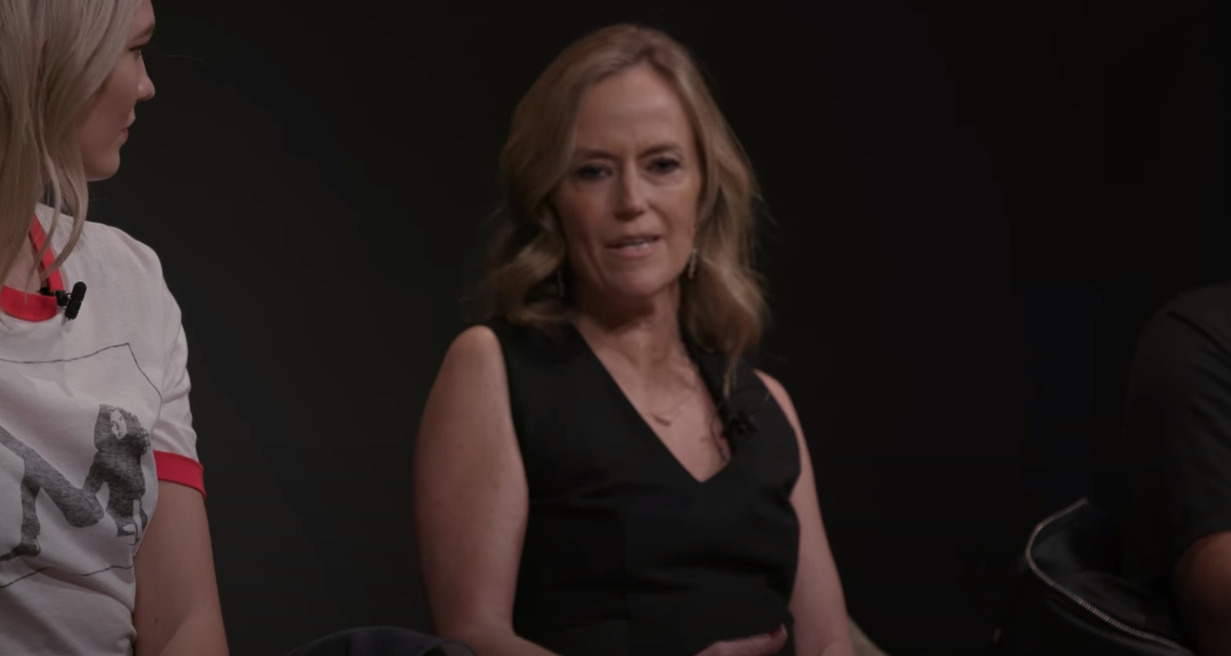 “We have many, many, many LGBTQIA characters in our stories and yet, we don’t have enough leads and narratives in which gay characters just get to be characters and not have to be about gay stories.” Burke said.

“That’s been very eye-opening for me,” she said. “I can tell you it’s something that I feel that perhaps had this moment not happened, I as a leader and me as my colleagues would not have focused on. Going forward, I certainly will be more so.”

“I know that we will be and I hope this is a moment where — shoot, the 50 percent of the tears, sorry, are coming — we just don’t allow each other to go backwards,” the clip concludes.

A Disney production coordinator identified as Allen March, who says he worked on Disney’s Moon Girl series also revealed Disney has actually created a tracker in order to determine whether or not the company is creating enough LGBTQ+ characters.

March said, “I’ve had the privilege of working with the Moon Girl team for the last two years. They’ve been really open to exploring queer stories. I’m on the production side, part of the work that I feel like I can put in is making sure that — we take place in modern-day New York so making sure that that’s an accurate reflection of New York.”

“So I put together a tracker of our background characters to make sure that we have the full breadth of expression. We got into a very similar conversation, Karey, of like, ‘Oh. All our gender nonconforming characters are in the background.’ 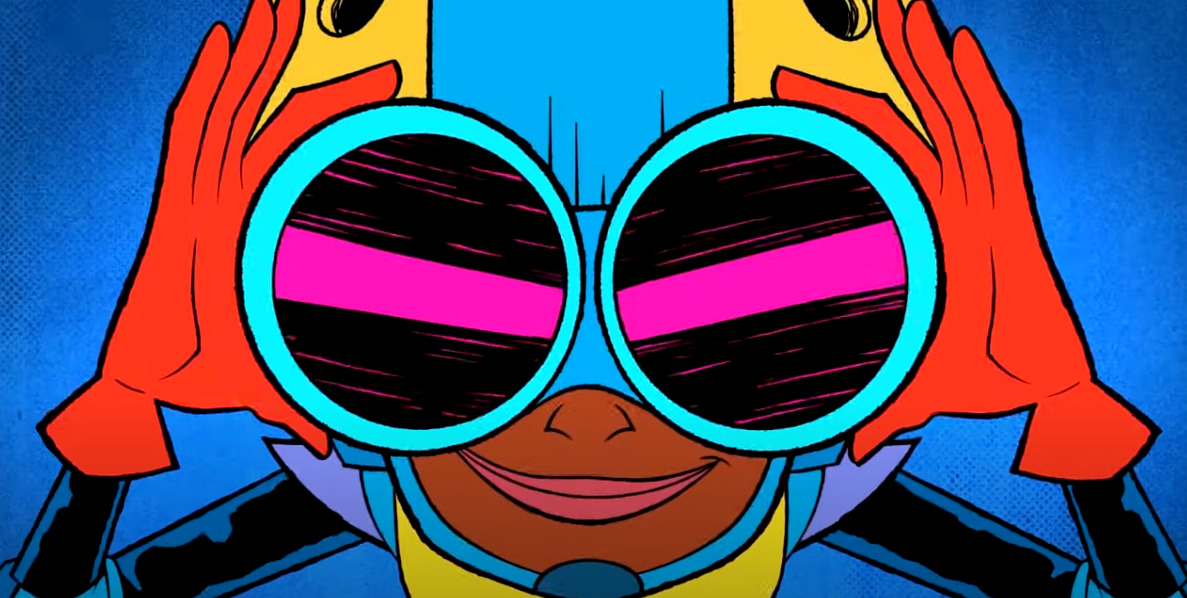 A third video shows Vivian Ware, the Diversity & Inclusion Manager at Walt Disney Parks & Resorts, stating, “Last summer we removed all of the gendered greetings in relationship to our live spiels.”

She explained, “So we no longer say, ‘Ladies and gentleman, boys and girls.’ We provided training for all of our cast members in relationship to that. So now they know it’s, ‘Hello, everyone’ or ‘Hello, friends.'” 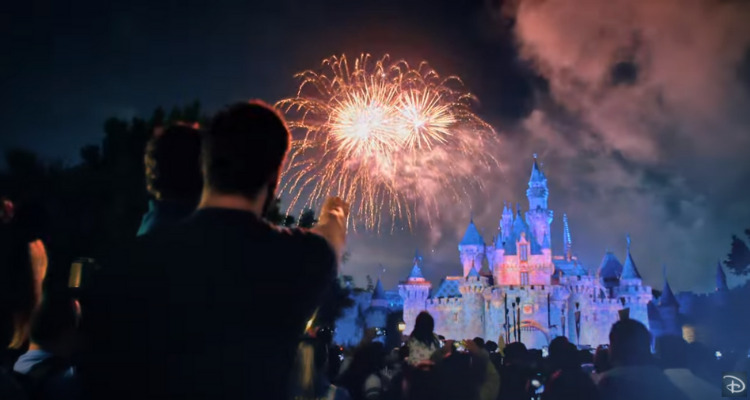 Ware continued saying, “We’re in the process of changing over those recorded messages, and so many of you are probably familiar when we brought the fireworks back to the Magic Kingdom, we no longer say, ‘Ladies and gentlemen, boys and girls,’ We say, ‘Dreamers of all ages.'”

Ware then added, “And we don’t want to just assume because someone might be, in our interpretation, may be presenting as female, that they may not want to be called ‘princess.’ So, let’s think differently about how do we really engage with our guests in a meaningful and inclusive way that makes it magical and memorable for everyone.”

SCOOP: Disney diversity and inclusion manager Vivian Ware says the company has eliminated all mentions of “ladies,” “gentlemen,” “boys,” and “girls” in its theme parks in order to create “that magical moment” for children who do not identify with traditional gender roles. pic.twitter.com/OWsGTUoeCA

“And we’re already seeing that in Texas. So the slippery slope between these ugly messages emanating from legislative leaders in our state and then amplified by our governor, whose spokesperson immediately began calling everyone who opposed this bill ‘groomers’ aka pedophiles.”

In another clip from Disney’s staff meeting Latoya Ravenau, who is an executive producer for Disney Television Animation revealed how she has turned the studio into her own personal pocket to insert as much LGBT content as possible.

The clip, also from Rufo, begins with Raveneau saying, “I love Disney’s content. I grew up watching all of the classics. They have been a huge informative part of my life. But at the same time, like, I worked at small studios most of my career and I’d heard, you know, you hear whispers.”

“I’d heard things like, ‘They won’t let you show this in a Disney show,’ and I’m like, ‘Okay.’ So I was a little like sus when I started, but then my experience was baffingly the opposite of what I had head, “she continued. 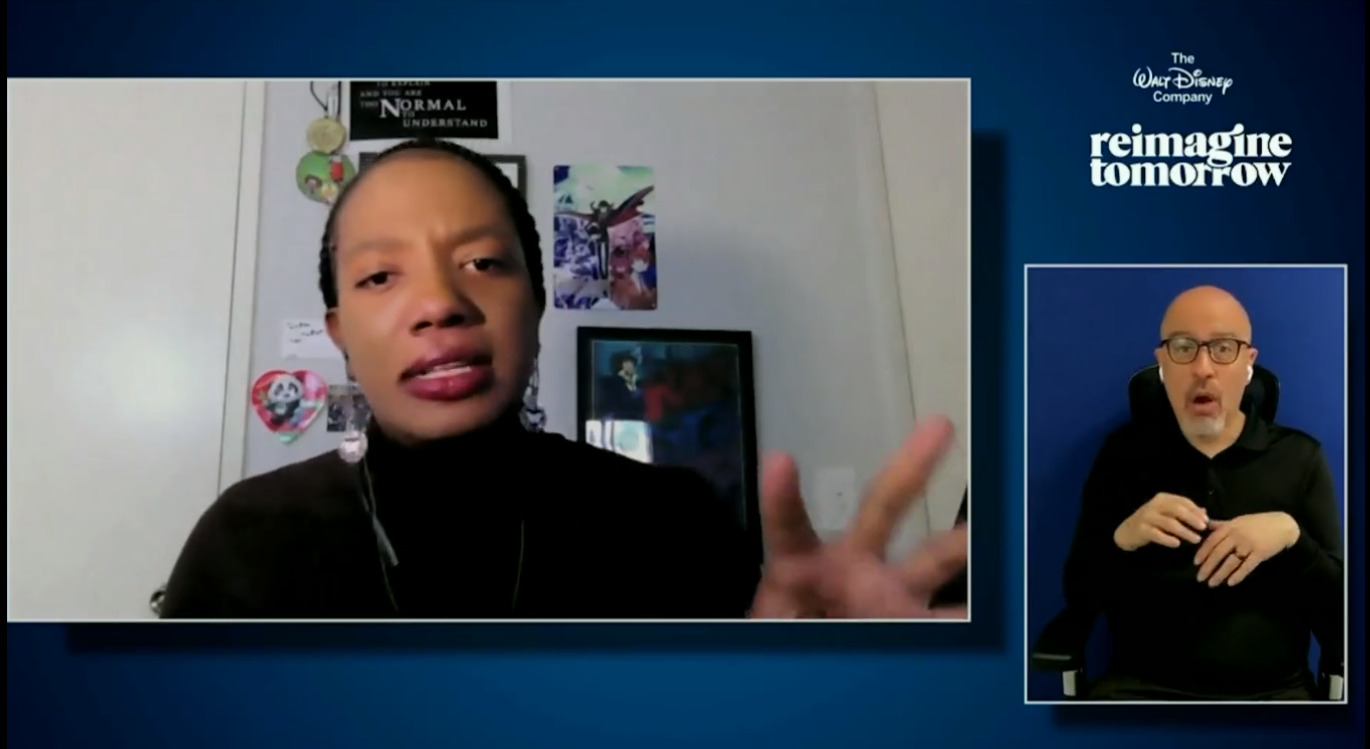 “In my little pocket of Proud Family Disney TVA, the showrunners were super welcoming . Meredith Roberts and our leadership over there has been so welcoming to my not-at-all-secret gay agenda,” she declared.

“Maybe it was that way in the past, but I guess something must have happened in the last, they are turning it around, they’re going hard, and then like all that momentum that I felt, that sense of ‘I don’t have to be afraid to have these two characters kiss in the background.’ I was just, wherever I could, just basically adding queerness. If you see anything queer in the show — no one would stop me, and no one was trying to stop me.”

Raveneau is currently a director on the new Disney+ series “The Proud Family: Louder and Prouder.”  It was announced last year that the sequel to the hit early 2000s cartoon “The Proud Family” would feature two mixed-race gay dads, voiced by Zachary Quinto and Billy Porter.

The fathers would be the adopted parents of a 14-year-old social justice activist who gets bullied due to having two fathers. Another character named Michael will be voiced by EJ Johnson will be returning to the show as a non-binary character. 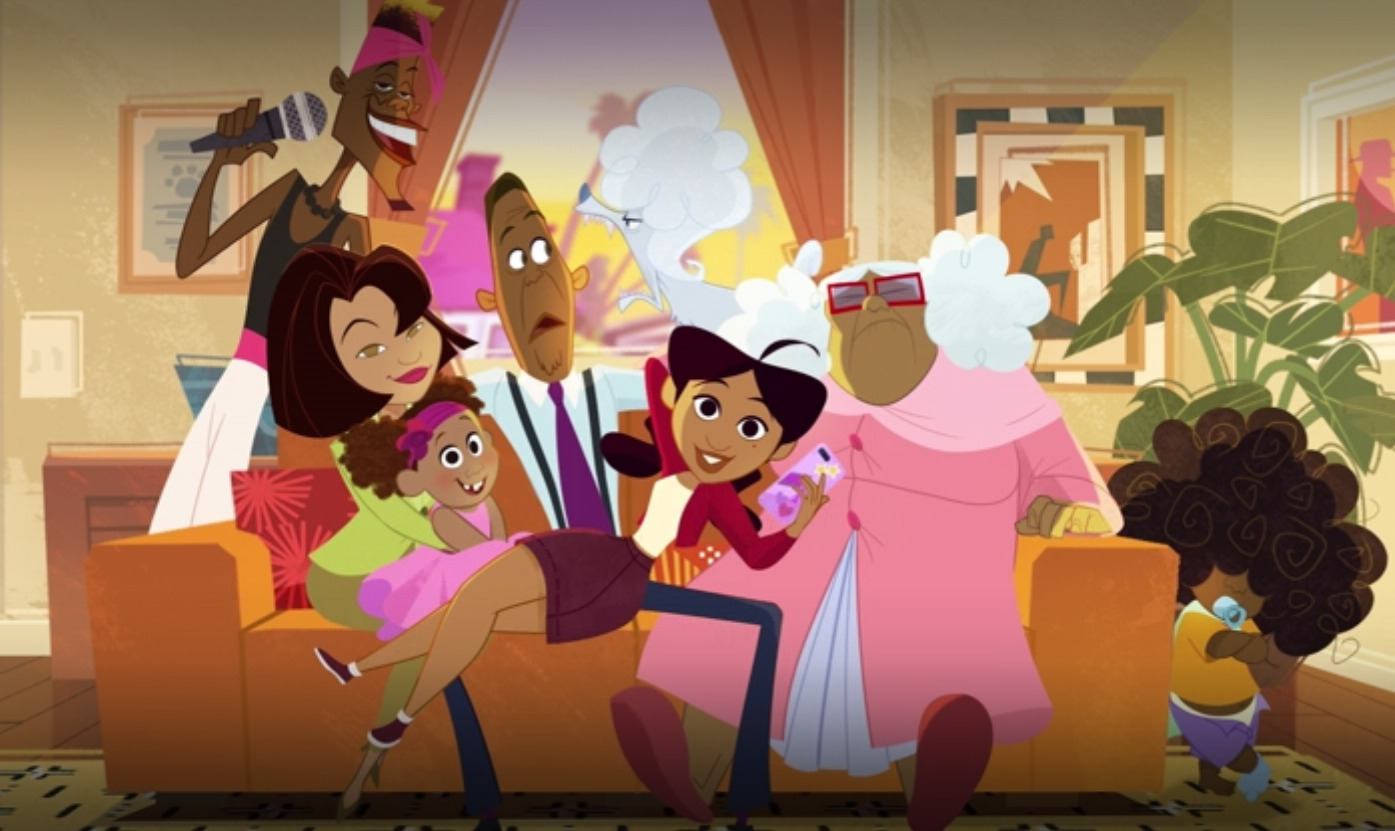 Raveneau also serves as Executive Producer and writer of the Disney series “Rise Up, Sing Out” a show that proudly boasts its LGBT representation with a character named Amelia who has two lesbian mothers. “Rise Up, Sing Out” is described as a show that aims to deliver inspiring and optimistic messages such as celebrating black hair and exploring names that can be mispronounced or stigmatized.

The show has been criticized for pushing elements of Critical Race Theory also known as CRT such as teaching children about race-based microaggressions. 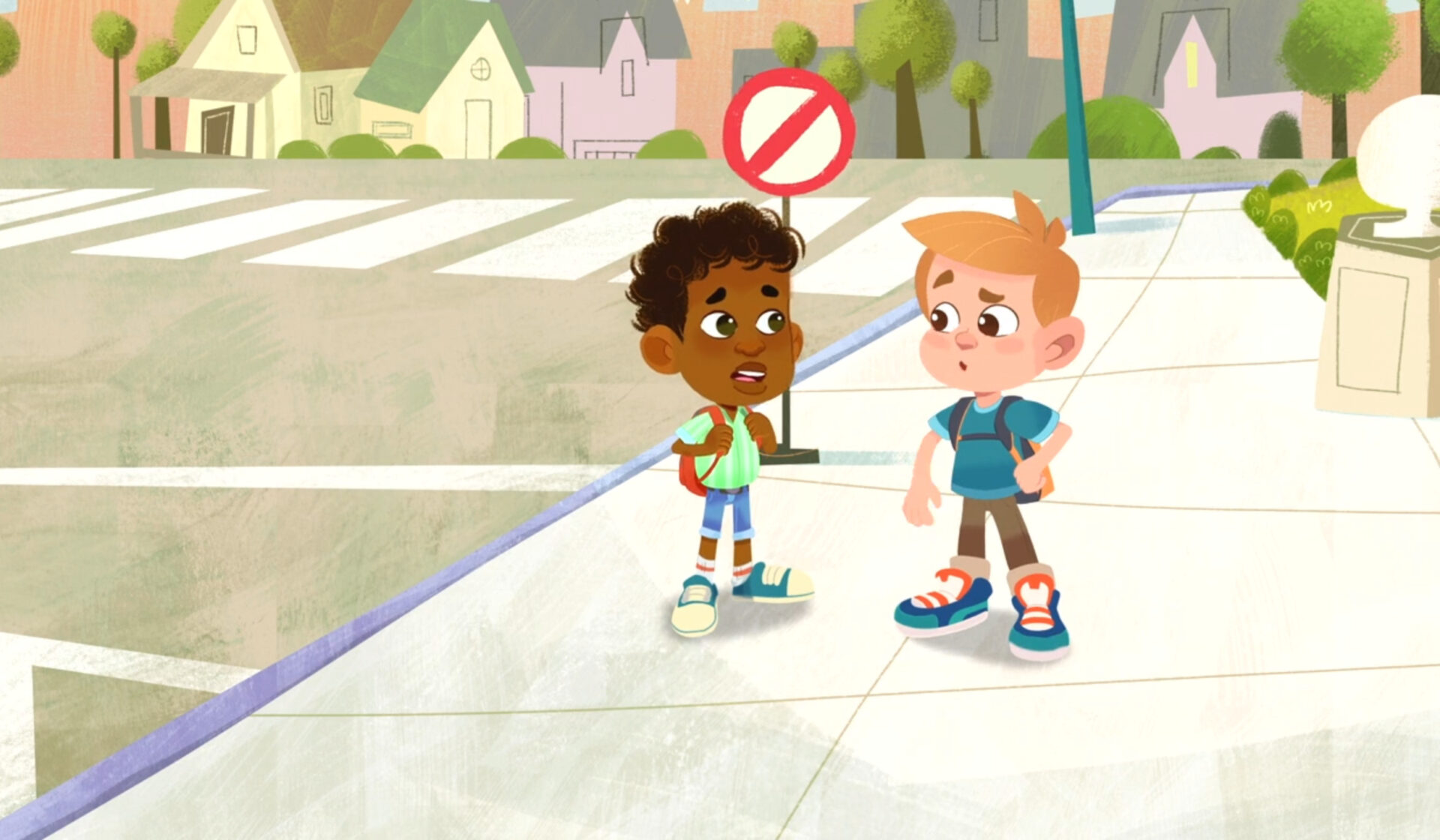 In one of their most popular episodes, a dark-skinned character, Gabriel, is dropped off at school by his mother, whereupon he’s told by a white student, “Hey, Gabriel, I didn’t know that was your mom. Your skin is so much darker than hers.”

“A micro-aggression is when someone says or does something that makes you feel bad / Sometimes just because of your race,” Taniya sings, her added caveat muddying the definition of what constitutes such an act, ascribing a specific racist intent to what was once defined as an unintentional action. “But you know what? He’s wrong! You should be proud of your skin. / It’s what makes you you.” 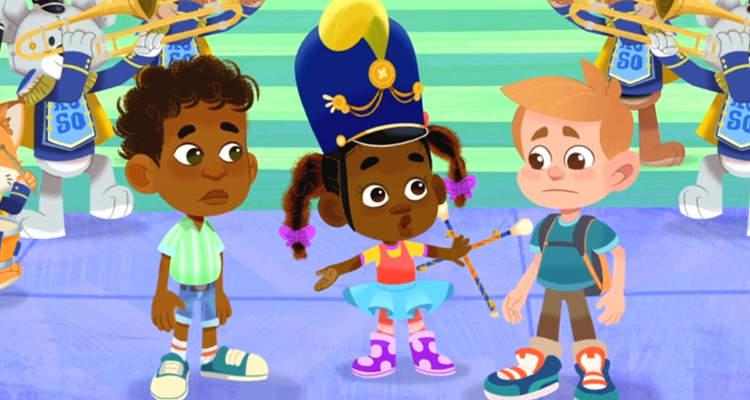 CRT is another polarizing issue that many parents have fought against teaching to their young children in states like Virginia where opposition to CRT was a deciding factor in the 2021 Gubernatorial race won by Republican Glenn Youngkin.

Earlier this month, Pixar (a Disney subsidiary) accused their parent company of preventing them from allowing LGBT scenes in movies that were aimed at children, a talking point that led to a huge LGBT backlash against the company for failing to immediately support progressive opposition to Florida’s bill.

The fallout of Florida’s anti-grooming bill will likely inspire LGBT activists in Disney to push even more questionable content that will be aimed at children.

How did you feel about Disney seemingly going all in on LGBT content towards children?