A recent COVID-19 outbreak at animation studio Doga Kobo could threaten to delay production of their newly premiered anime series, Shikimori’s Not Just a Cutie. 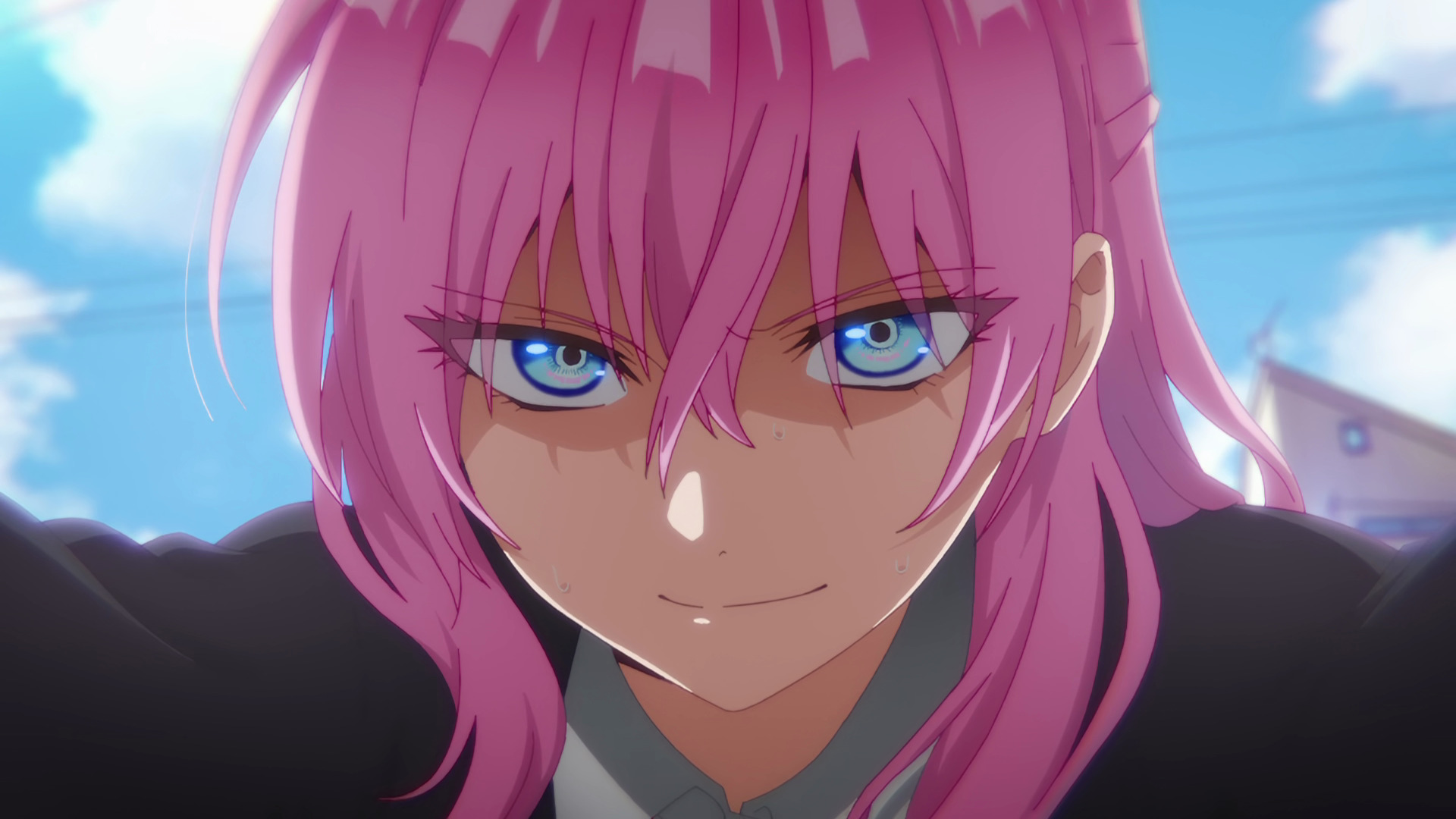 COVID-19 has struck again. So far this year, the virus has struck several well-known figures in the Japanese anime and manga industry, including mangaka Yuuji Kaku (Ayashimon, Hell’s Paradise), numerous members of Ken Wakui’s Tokyo Revengers team – which led the mangaka to make the conscious decision to lockdown the studio for a week – and Jujutsu Kaisen voice actor Junya Enoki (Itadori Yuuji).

Both Kaku and Wakui did not return to releasing new chapters of their respected series until they got the green light from their doctors. 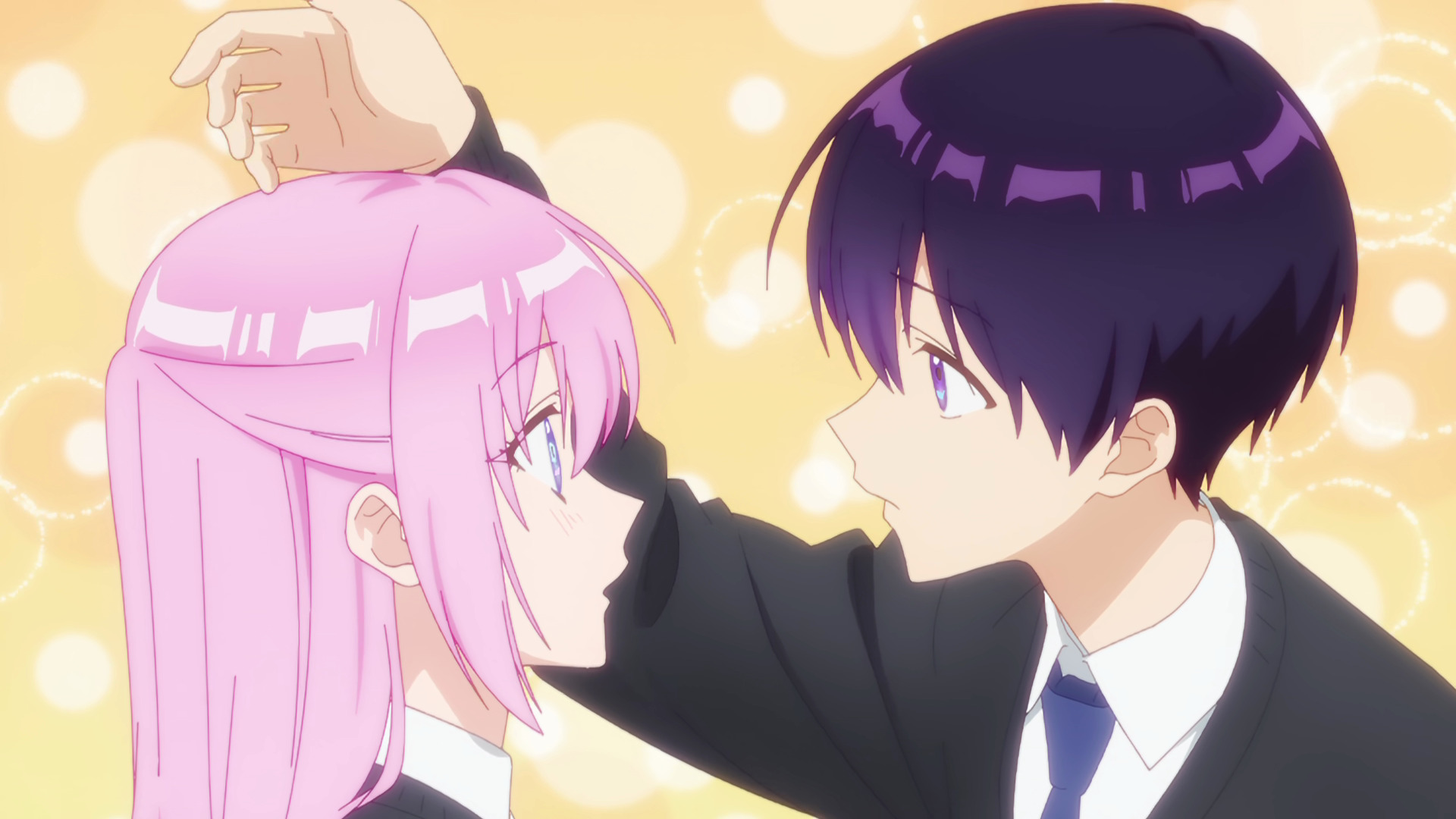 Now just as the Spring Anime 2022 season is kicking off, one such rapid COVID-19 outbreak has hit the hardworking staff members at Doga Kobo Studio.

On April 6th, the studio announced via their website that “due to the rapid increase in the number of people infected with coronavirus in the company,” their doors would be closed from April 6th to April 17th, 2022.

Barring any setbacks, Doga Kobo employees “will resume entering and exiting our building from April 18th.”

This sudden outbreak has left Doga Kobo Studio with quite the dilemma regarding the production of their highly anticipated spring Shikimori’s Not Just a Cutie.

Originally, the series was previously scheduled to debut on April 2, but was ultimately was delayed to April 9th. 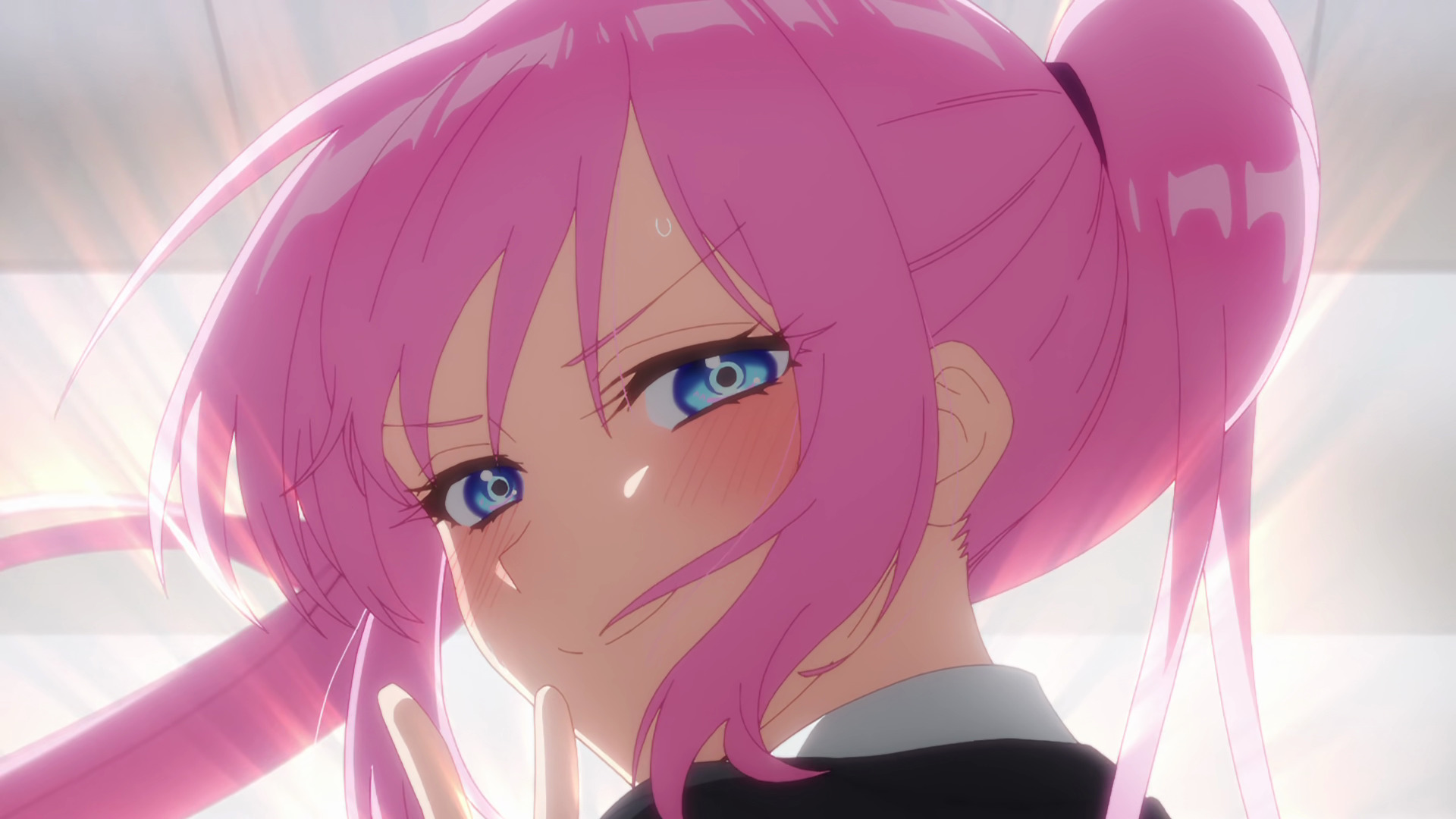 Then, on April 8th, the series’ official Twitter account announced, “At the video studio in charge of producing this work, the company has been temporarily closed due to the rapid increase in the number of people infected with the in-house coronavirus. The Shikimori-san production committee will put the health and safety of the staff and cast first, and then produce it.” 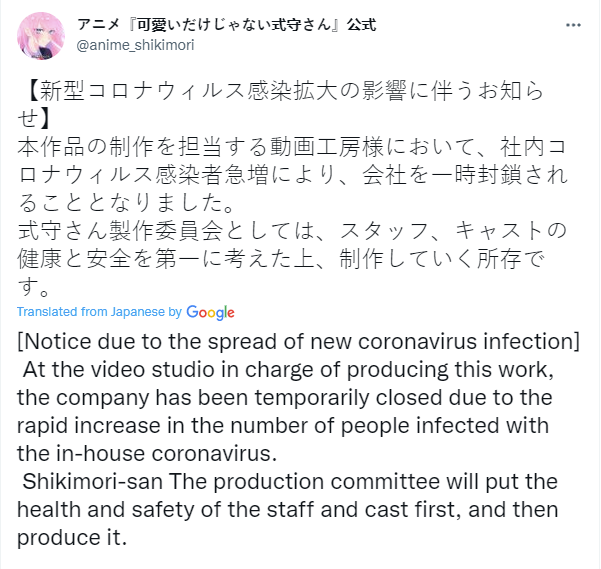 “We are discussing measures for future broadcasting so that we can deliver TV animation in a better form,” the statement continued. “We will let you know the details such as the broadcast date and time.” 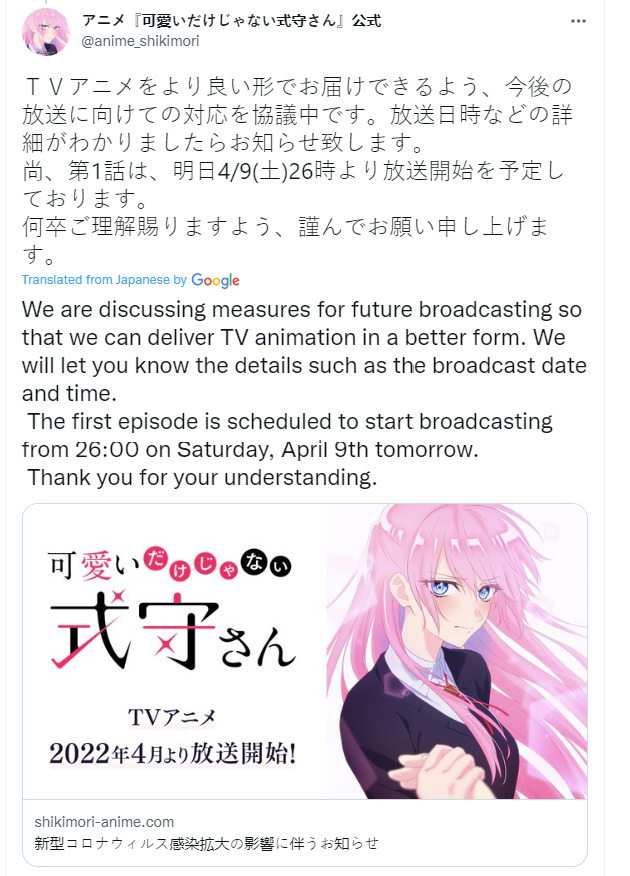 Beginning serialization in September 2018 under the title Kawaii dake ja Nai Onnanoko before being picked up by before Magazine Pocket in February 2019, Shikimori’s Not Just a Cutie is a best-selling romantic comedy manga by Keigo Maki.

A synopsis of the series as provided by Kodansha, who currently holds its English language license, explains, “Shikimori seems like the perfect girlfriend: cute, fun to be around, sweet when she wants to be… but she has a cool dark side that comes out under the right circumstances.“

“And her boyfriend Izumi loves to be around when that happens!” it adds. “A fun and funny high school romance with a sassy twist perfect for fans of Nagatoro-san and Komi Can’t Communicate! 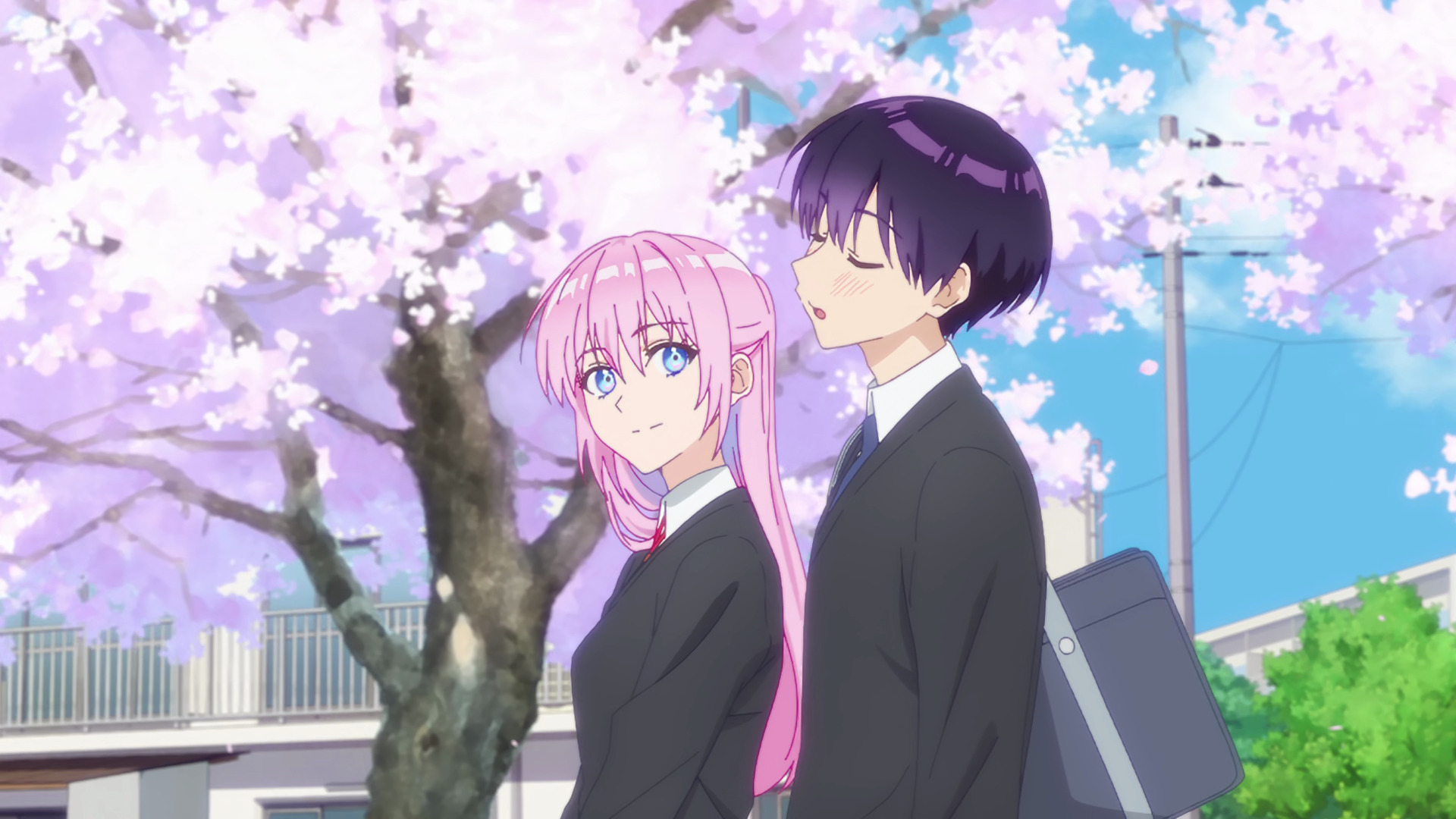 In addition to Shikimori’s Not Just a Cutie, Doga Kubo studio is  producing the RPG Real Estate anime, which debuted its first episode on April 6. Bizarrely, Doga Kubo has made no announcements regarding any production delays for the series.

Doga Kobo Studio has created a its name in the anime industry with series like Monthly Girls’ Nozaki-kun, Sleeping Princess in the Demon Castle, Dumbbell Nan Kilo Moteru?,  Himouto! Umaru-chan, and New Game just to name a few. 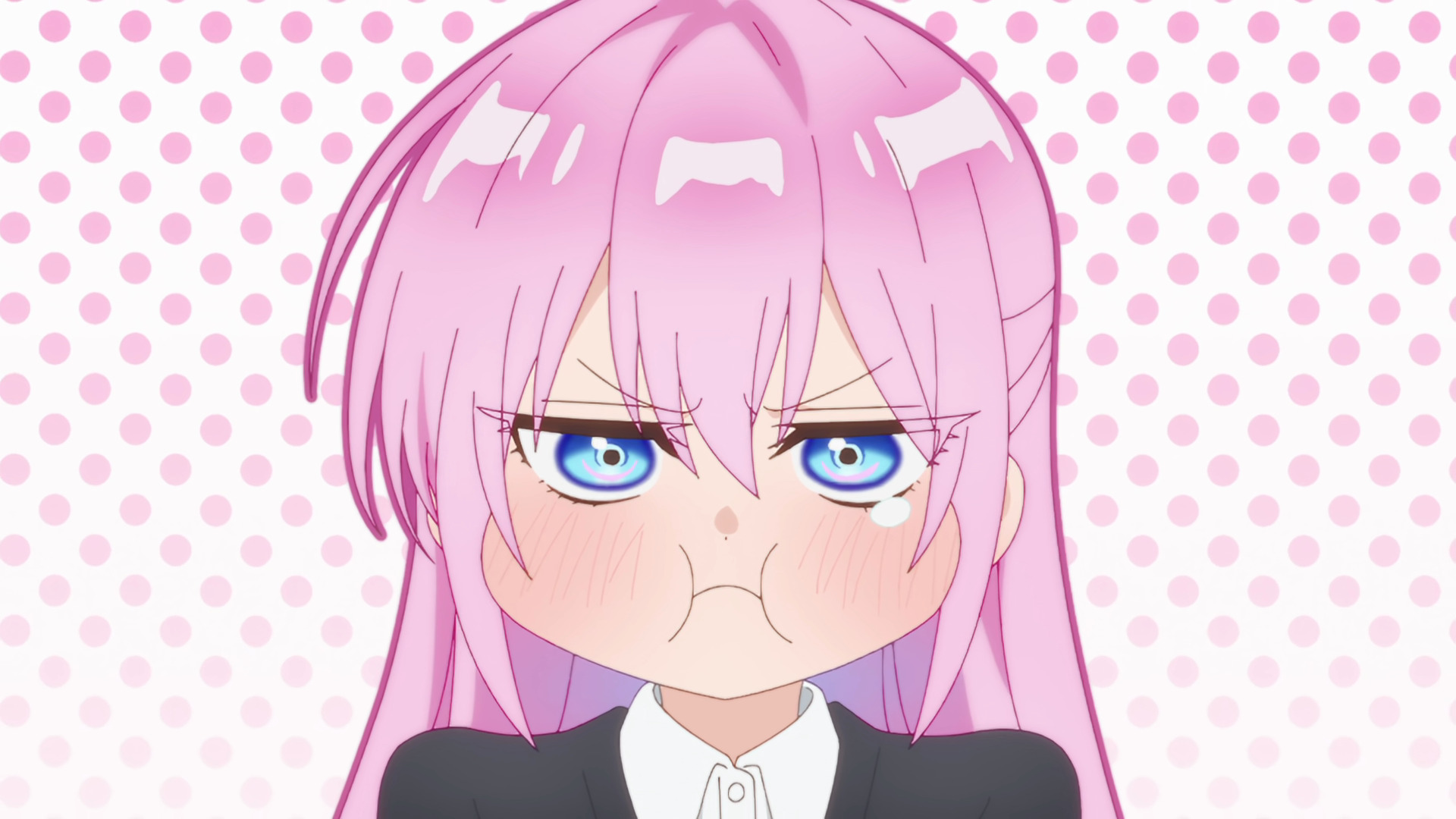 Currently, Shikimori’s Not Just a Cutie has a confirmed episode release schedule through May 8th.

Do you think Shikimori’s Not Just a Cutie could see significant delays? Let us know your thoughts on social media or in the comments down below!