A number of what can only be described as morally sick Twitter users took to the social media platform to not only accuse Chris Pratt of homophobia, but mocked him following the release of the teaser trailer for Thor: Love and Thunder.

To provide context, the teaser trailer includes a humorless joke where Pratt’s Star-Lord tells Chris Hemsworth’s Thor, “You ever feel lost? Just look into the eyes of the people that you love.”

Thor then proceeds to stare in Star-Lord’s eyes, while Star-Lord stares at the rest of his Guardians of the Galaxy team. When Thor continues to stare him down, Star-Lord tells Thor, “Not me.” Thor replies, “What? Just listening.”

One user tweeted, “chris pratt after taika waititi told him he had to do subtley gay scenes with chris hemsworth:”

The user then shared a clip from Glee of one of the teachers tearing apart the school.

chris pratt after taika waititi told him he had to do subtley gay scenes with chris hemsworth: pic.twitter.com/qOdkSp1ucd

User mengerszhang responded to another user sharing six screen captures depicting the scene from the trailer and wrote, “chris pratt fell to the ground and started hyperventilating and vomiting after filming this scene.” 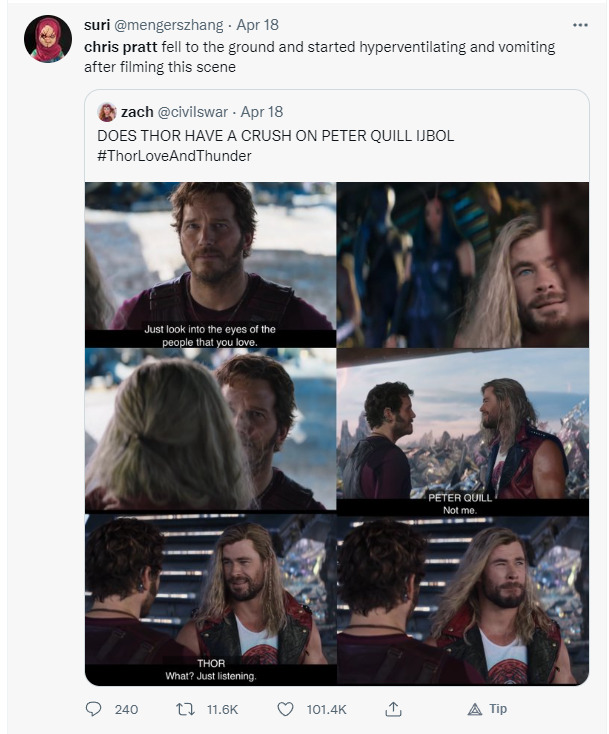 Twitter user binabees_ responded to another user who stated, “Reminder that Peter Quill is canonically bisexual soooo.” The user wrote, “I don’t care how starved we are for representation I would rather eat my own foot than see Chris Pratt kiss Thor.” 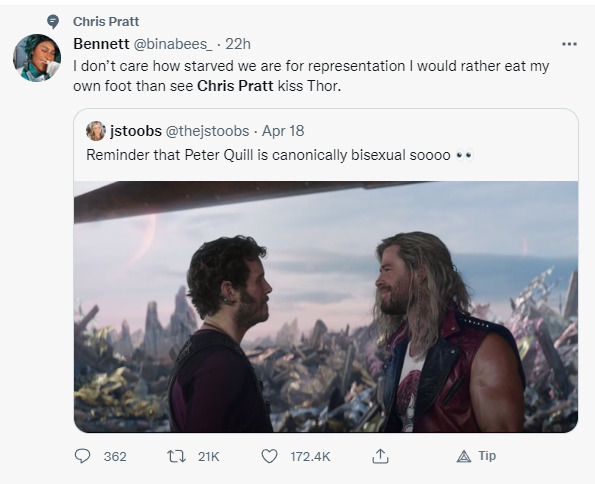 “chris pratt when he saw they have made starlord canon bi in the comic and taika was directing his next mcu movie,” wrote RT3NENBAUM.

The user also included two pictures of a basketball fan breaking down in tears. The tweet received over 77,000 likes. 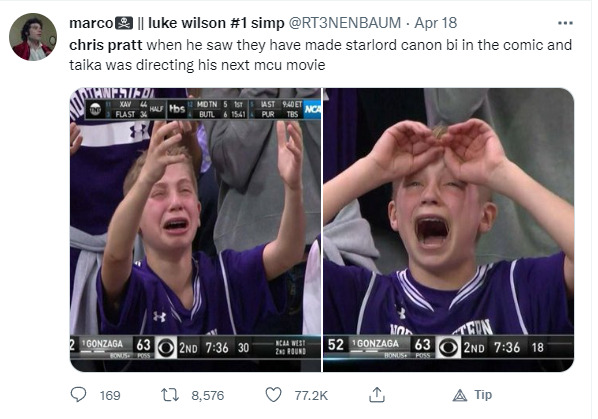 He then included an image of a man wearing a cross around his neck with another person painted in the rainbow flag holding a gun to his head. The tweet received nearly 35,000 tweets. 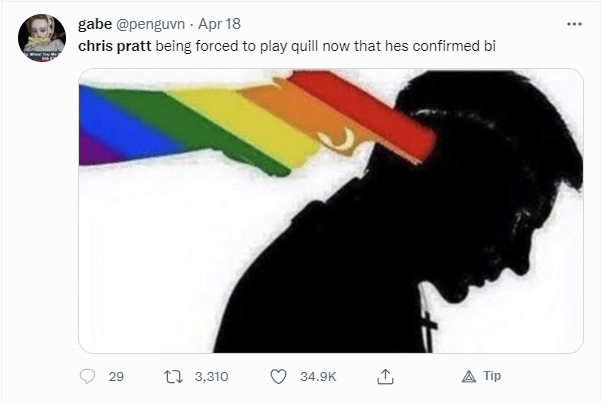 User James Somerton wrote, “Ugh why’d they have to ruin the new Thor trailer with Chris Pratt? But at least we got this.” He also shared a photo of Natalie Portman’s Jane Foster Thor. 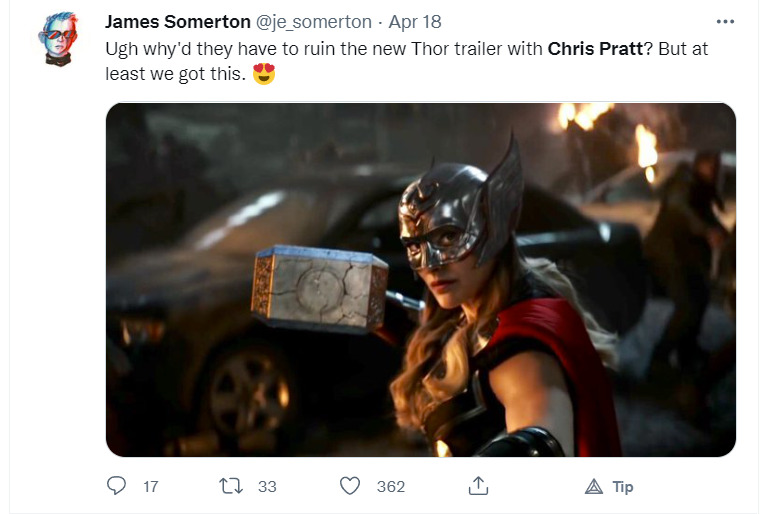 Another user wrote, “have never watched a single marvel movie but i will be watching thor love and thunder solely because i want to see chris pratt visibly hold back slurs while taika waititi puts him in the gayest shit ever in HD.”

“Chris Pratt reading the script for Thor love and thunder and realizing that it’s going to get fruity,” tweeted Romulusroy69 while also sharing a photo of a confused Star-Lord in response to a tweet showcasing the humorless joke scene from the trailer. 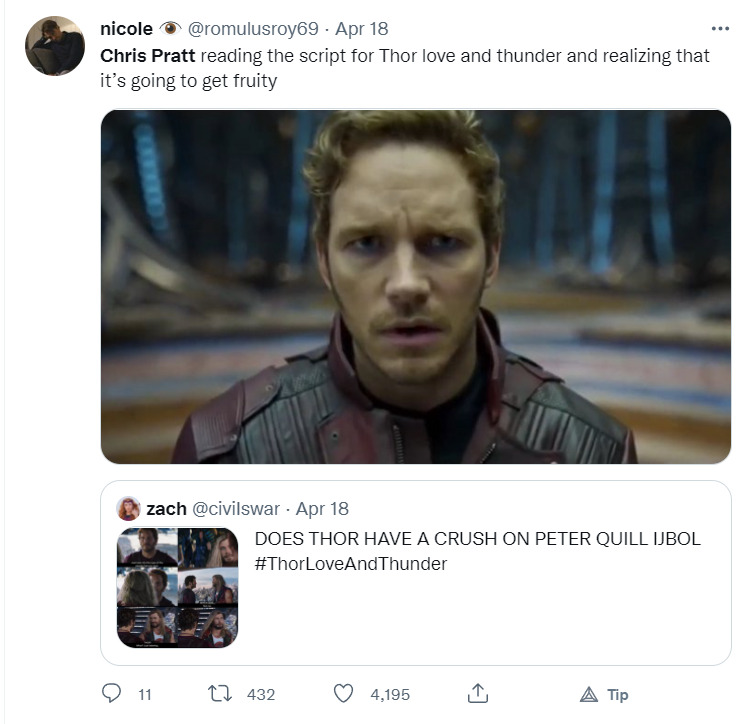 Reinerass tweeted, “so marvel confirmed that peter quill is bisexual and thor is pansexual please i feel sorry for chris pratt like imagine being a homophobic and then you find out that your character is bisexual LMFAO THIS IS SO HUMILIATING” 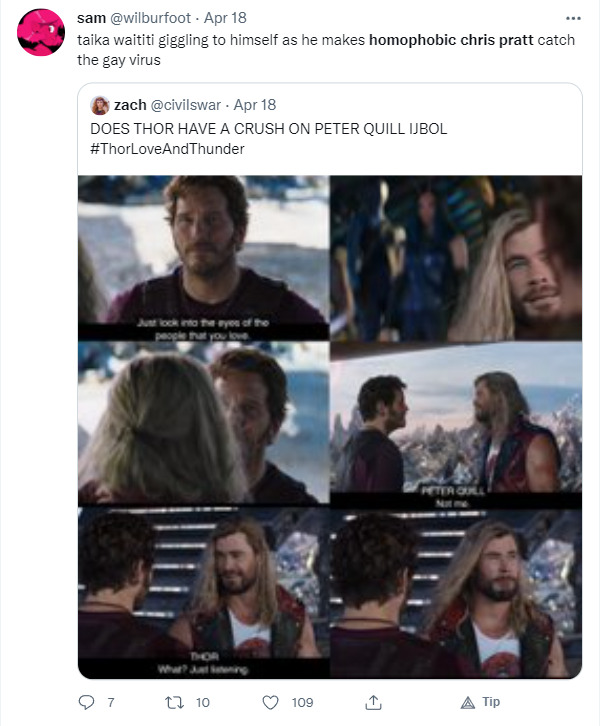 Twitter user Ihavesexhourly tweeted, “Chris Pratt trying his hardest not to scream every homophobic slur in the book after being through 37 takes of sensually sloppy kissing Chris Hemsworth.” 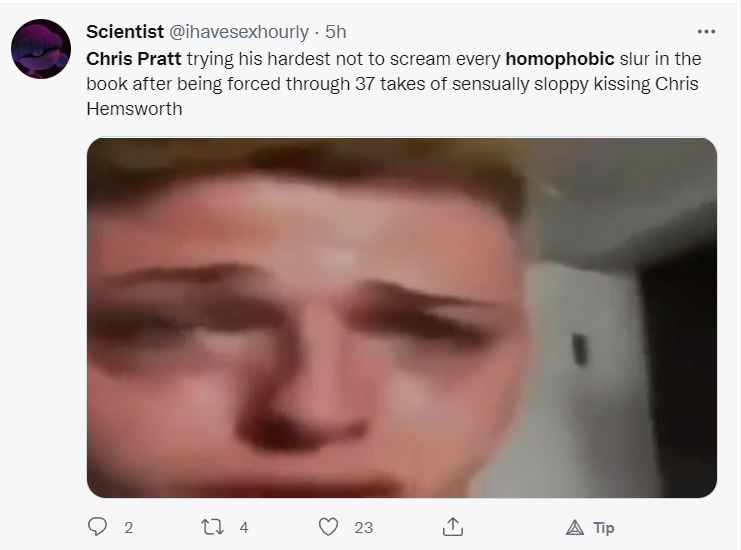 Bigtimelesbian tweeted, “u just know chris pratt was thinking homophobic thoughts the whole time filming and then got off set and started screaming and crying.” 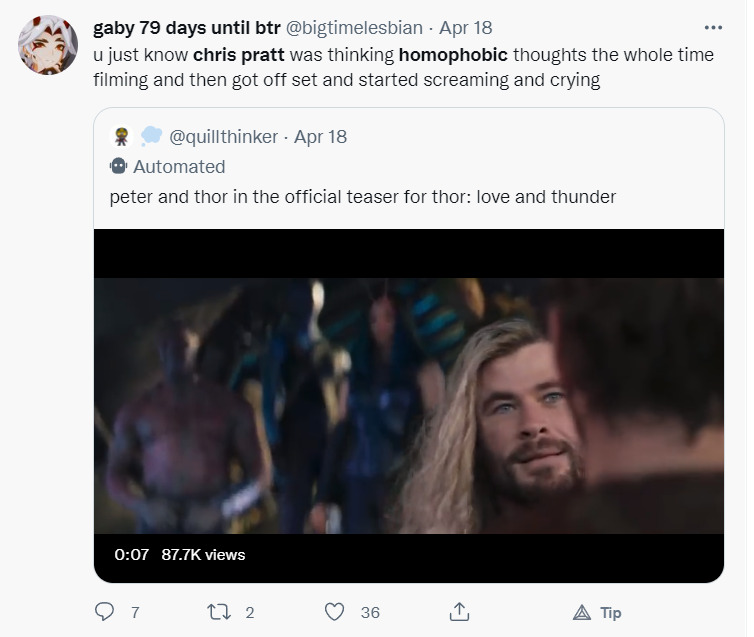 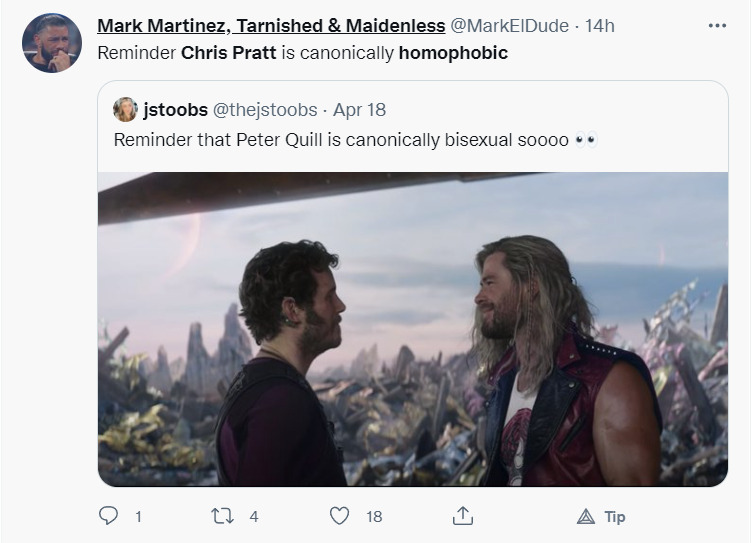 Pratt is no stranger to these heinous, immoral attacks on his character and person. Back in February 2019, actor Ellen Page insinuated Pratt was homophobic in a series of tweets due to his past attendance at Hillsong Church.

She wrote in response to an article from The Hollywood Reporter discussing Pratt’s spirituality following an appearance on The Late Show, “Oh. K. Um. But his church is infamously anti lgbtq so maybe address that too?” 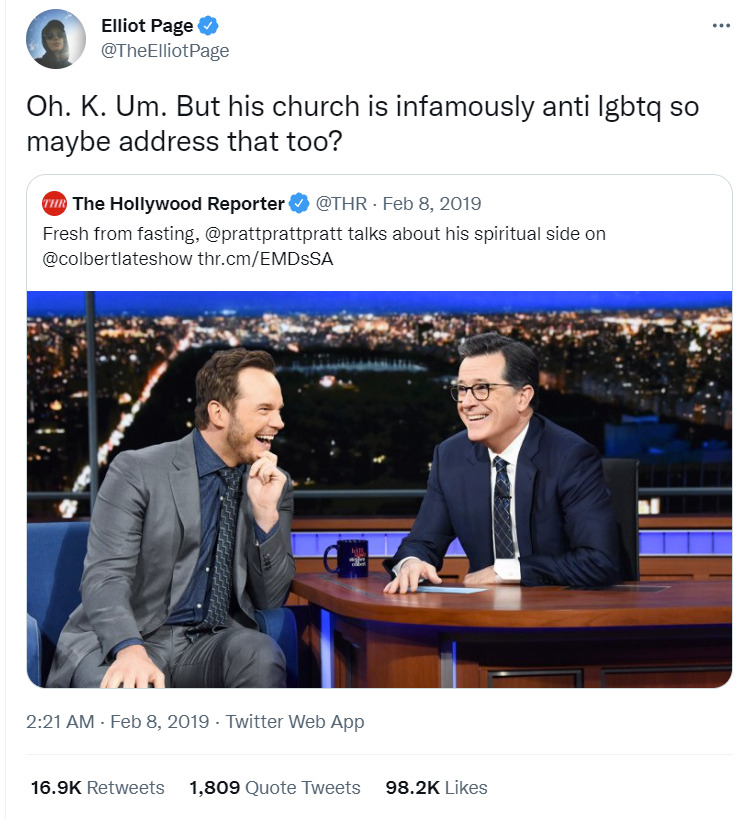 In a follow-up tweet Page wrote, “If you are a famous actor and you belong to an organization that hates a certain group of people, don’t be surprised if someone simply wonders why it’s not addressed. Being anti LGBTQ is wrong, there aren’t two sides.”

“The damage it causes is severe. Full stop. Sending love to all,” she concluded. 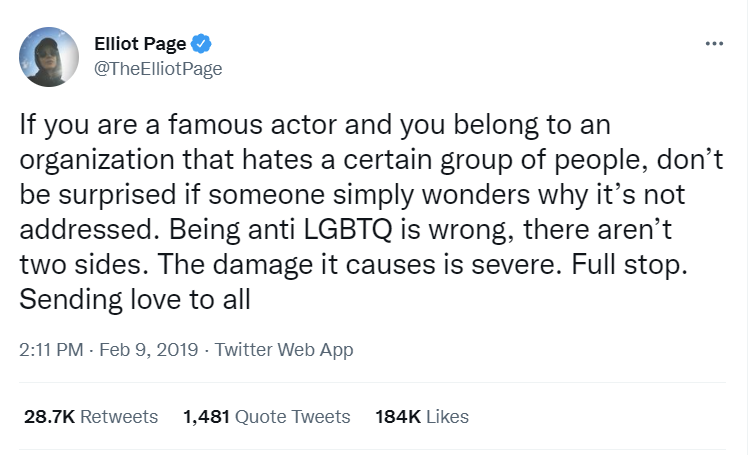 Pratt responded via his Instagram Stories writing, ““It has recently been suggested that I belong to a church which ‘hates a certain group of people’ and is ‘infamously anti-LGBTQ’. Nothing could be further from the truth. I go to a church that opens their doors to absolutely everyone.”

He continued, “Despite what the Bible says about divorce my church community was there for me every step of the way, never judging, just gracefully accompanying me on my walk. They helped me tremendously offering love and support. It is what I have seen them do for others on countless occasions regardless of sexual orientation, race or gender.” 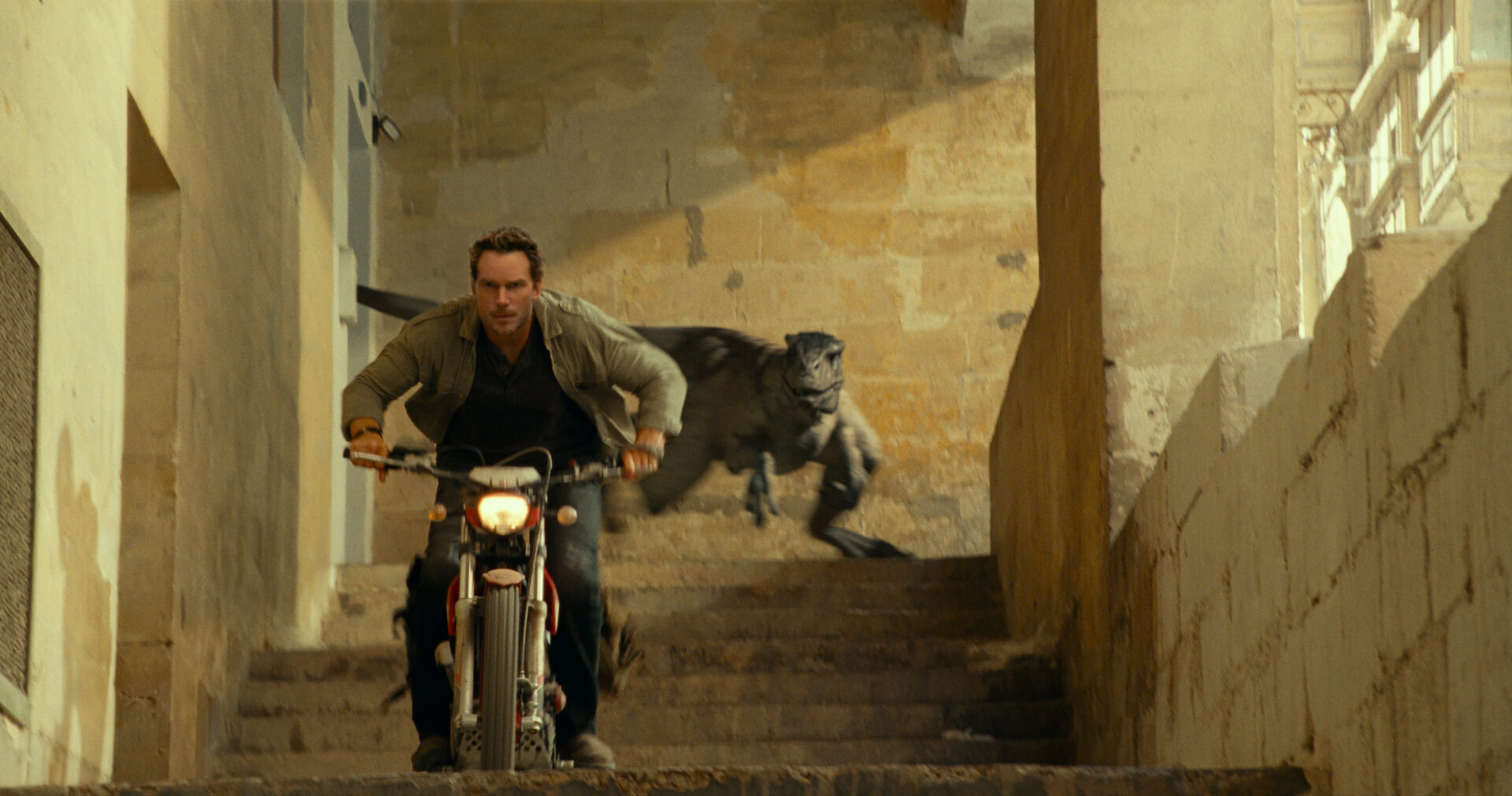 “My faith is important to me but no church defines me or my life, and I am not a spokesman for any church or any group of people,” the Guardians of the Galaxy actor added. “My values define who I am. We need less hate in this world, not more. I am a man who believes that everyone is entitled to love who they want free from the judgment of their fellow man.”

“Jesus said ‘I give you a new command, love one another.’ This is what guides me in my life. He is a God of Love, Acceptance and Forgiveness. Hate has no place in my or this world,” he concluded. 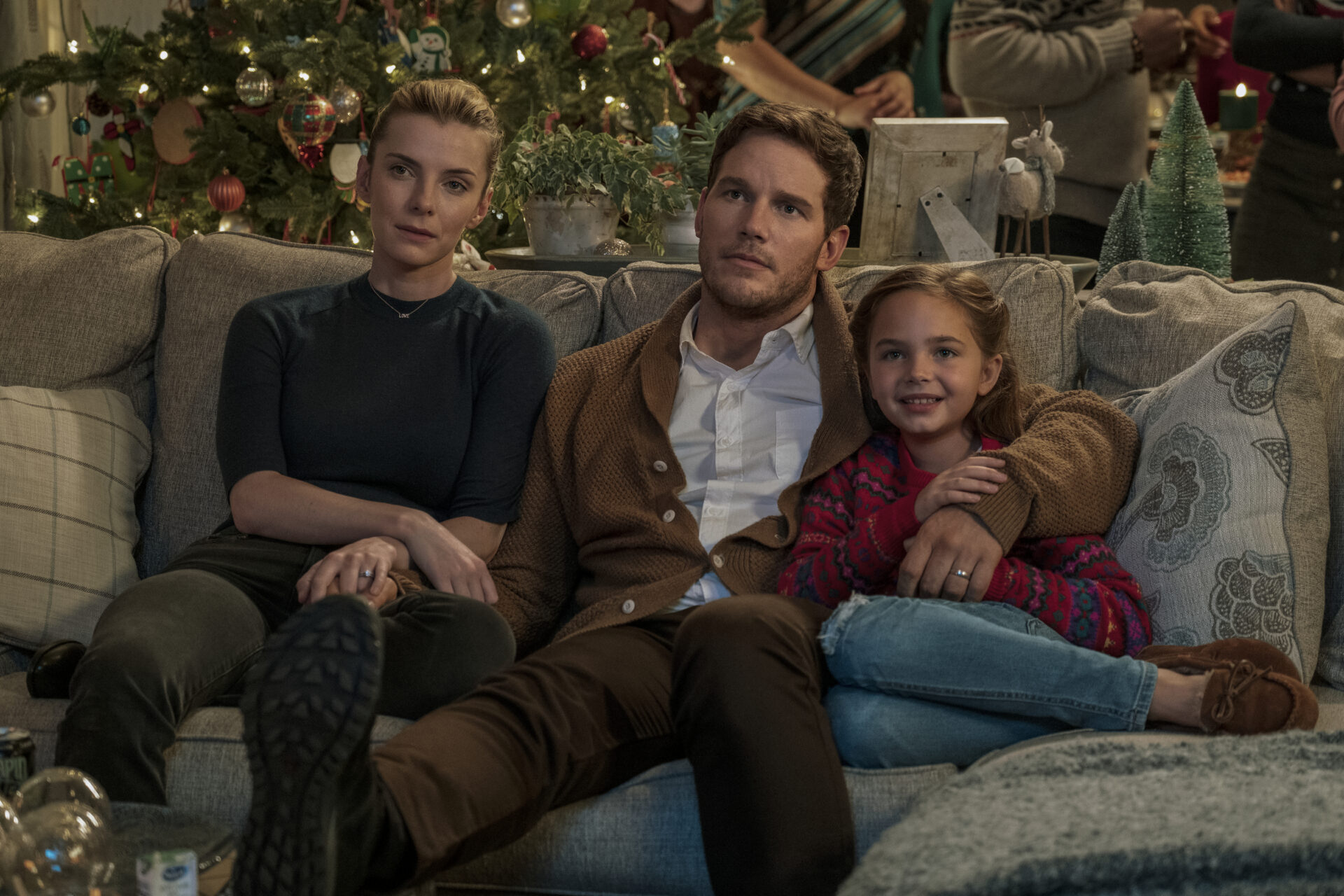 UFC commentator and host of The Joe Rogan Experience, Joe Rogan, recently opined that he believes these immoral attacks against Pratt continually happen because of Pratt’s faith.

Rogan stated, “He’s Christian, and he’s pretty open about it, and because of that they attack him.”

The podcaster further elaborated, “Like, he just believes in Jesus and he likes, you know, he likes to be a good person and they’re like, ‘F—k him!” 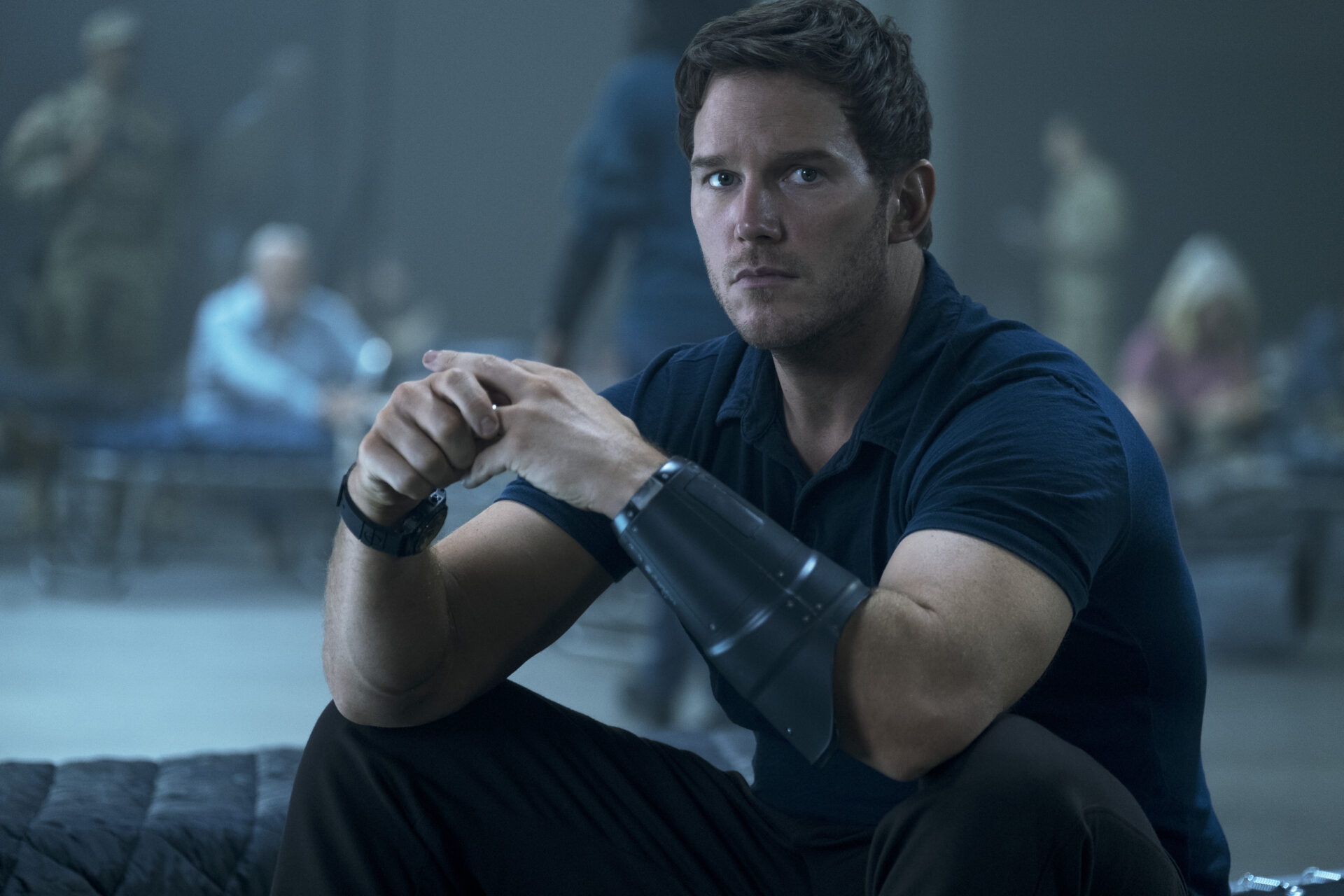 Combat Frame XSeed novelist Brian Niemeier posits that this immoral behavior is the result of what he calls the Death Cult as detailed in a June 2019 post titled A Tale of Two Cults.

In the post, Niemeier explains “the Death Cult is a heretical mutant offshoot of Christianity that discards Christian doctrines it doesn’t like, warps the others into anti-human inversions of their original purpose, and enforces them with rabid zeal.”

As an example of how members of the cult operate he notes they “must work tirelessly to smash the patriarchy, bash the fash, and end the scourge of whiteness.”

He further notes, “All of this boils down to relentlessly attacking the Christ and His disciples, though admitting that out loud breaks the Death Cult’s discipline of the secret.” 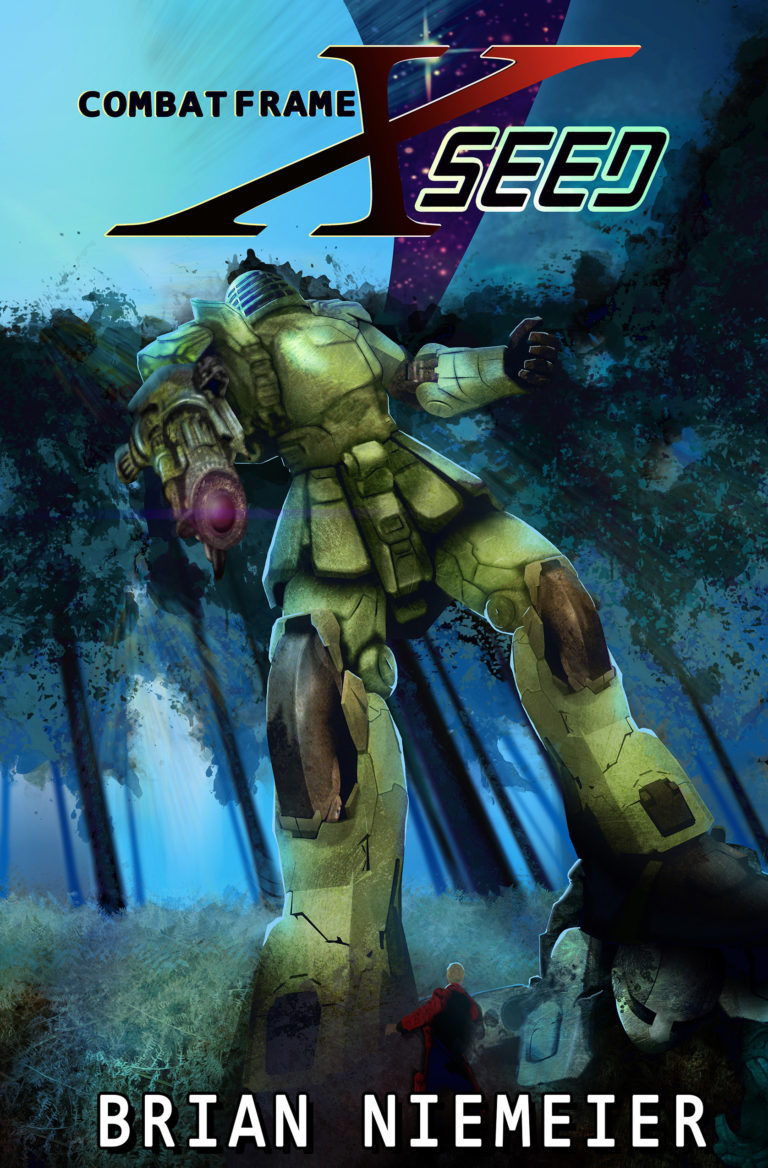 Relentlessly attacking Chris Pratt, who is open about his Christian faith, fits into the modus operandi of a member of the Death Cult especially when the teaching on homosexuality and homosexual acts is very clearly stated in The Catechism of the Catholic Church.

It reads, “Basing itself on Sacred Scripture, which presents homosexual acts as acts of grave depravity, tradition has always declared that ‘homosexual acts are intrinsically disordered.'”

“They are contrary to the natural law. They close the sexual act to the gift of life. They do not proceed from a genuine affective and sexual complementarity. Under no circumstances can they be approved,” it declares.

Immoral attacks like this on Chris Pratt and others will continue, but instead of fighting fire with fire, this culture war, like those in the past will be won by following the teachings of Christ.

Matthew Chapter 5:43-48 reads, “But I say to you, love your enemies, and pray for those who persecute you, that you may be children of your heavenly Father, for he makes his sun rise on the bad and the good, and causes rain to fall on the just and the unjust.

“For if you love those who love you, what recompense will you have? Do not the tax collectors do the same? And if you greet your brothers only, what is unusual about that? Do not the pagans do the same? So be perfect, just as your heavenly Father is perfect.” 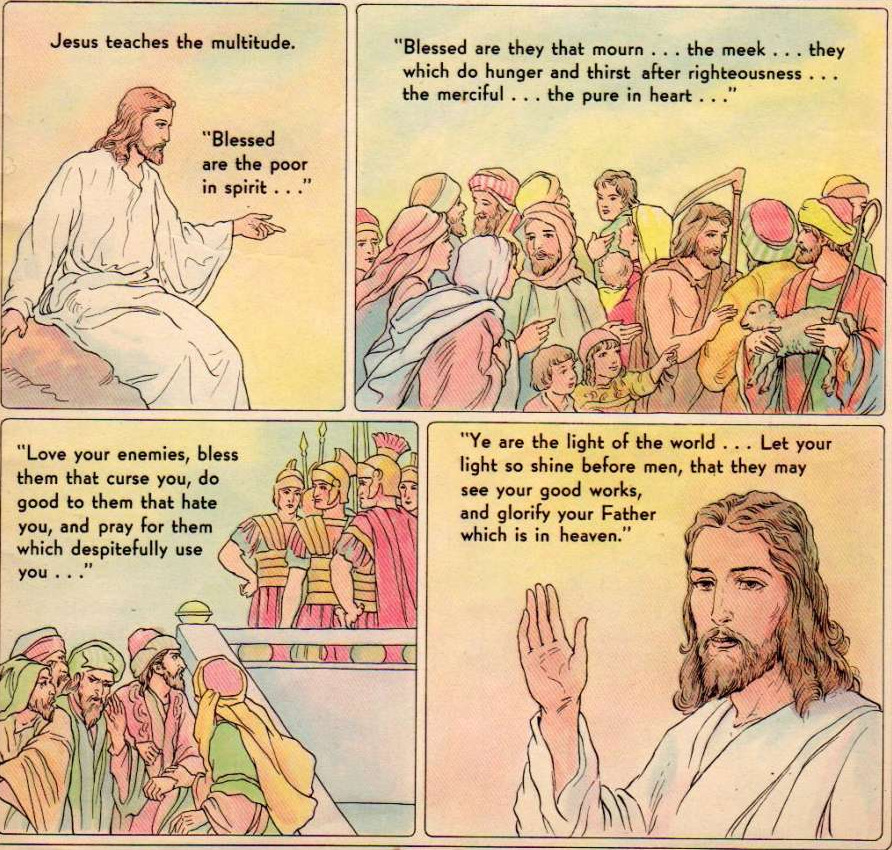 This would be noted in Luke Chapter 6:35-36 as well, “But rather, love your enemies and do good to them, and lend expecting nothing back; then your reward will be great and you will be children of the Most High, for he himself is kind to the ungrateful and the wicked.”

“Be merciful, just as [also] your Father is merciful,” the passage concludes. 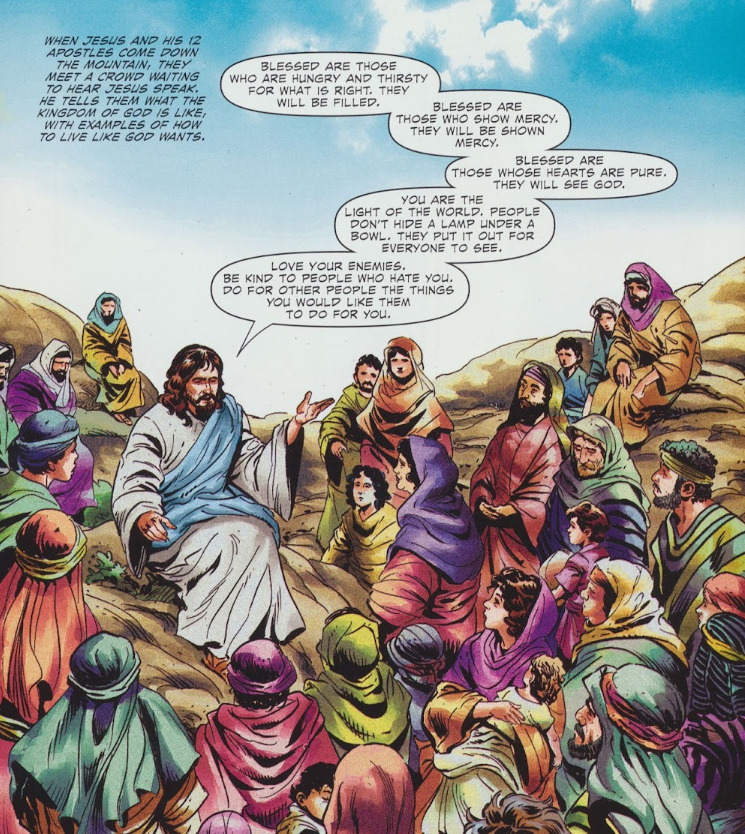 What do you make of these immoral attacks against Chris Pratt? What do you think is the correct response to them?

NEXT: Disney Renews “The Proud Family: Louder And Prouder” For Second Season, Show Is At Center Of Disney’s “Not-At-All-Secret Gay Agenda” Aimed At Children