Marvel Studios boss Kevin Feige recently explained why he and Marvel decided to change not only the powers, but also the origin story for Kamala Khan for the upcoming Ms. Marvel Disney+ series. 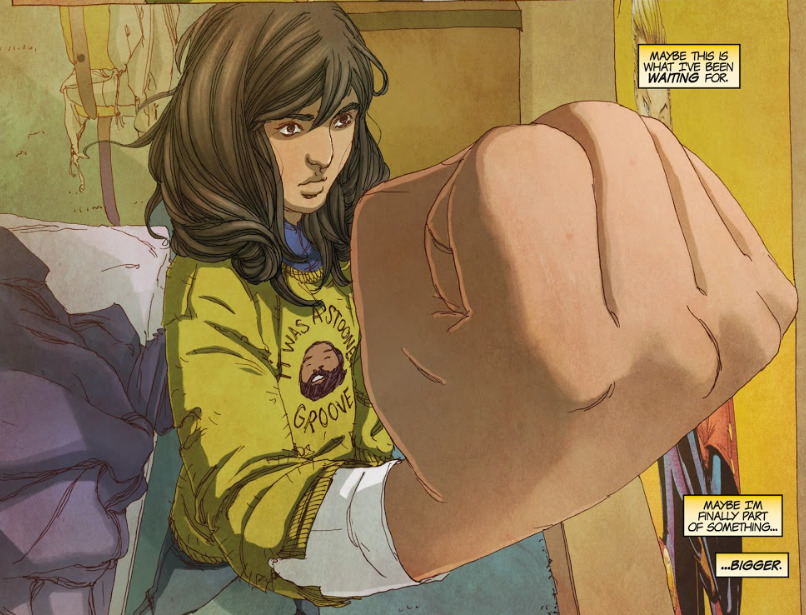 If you are unfamiliar with Kamala Khan, in the comics she is an Inhuman. She is exposed to the Terrigen Mist after sneaking out of her house and attending party. The Mist moves through New York City and eventually makes contact with her.

After being exposed, she finds herself in the Inhuman cocoon and then proceeds to break out. However, upon exiting she has taken on the form of Carol Danvers. 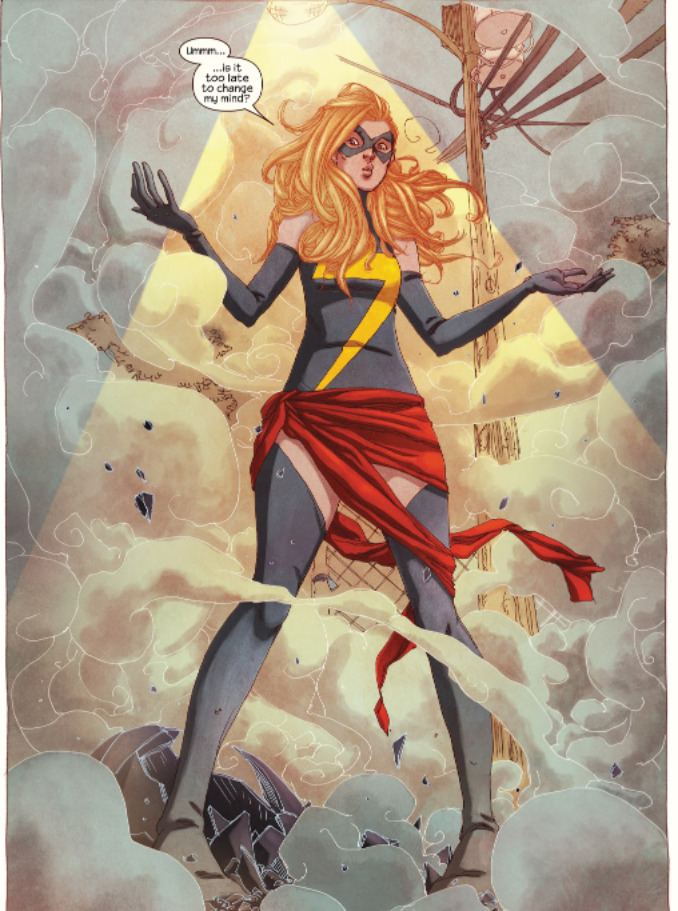 As for her powers, it’s shown in Ms. Marvel #2 that she can manipulate her body numerous ways from shrinking herself down to making certain parts of her body bigger like her hands to completely taking on the identity of Carol Danvers. 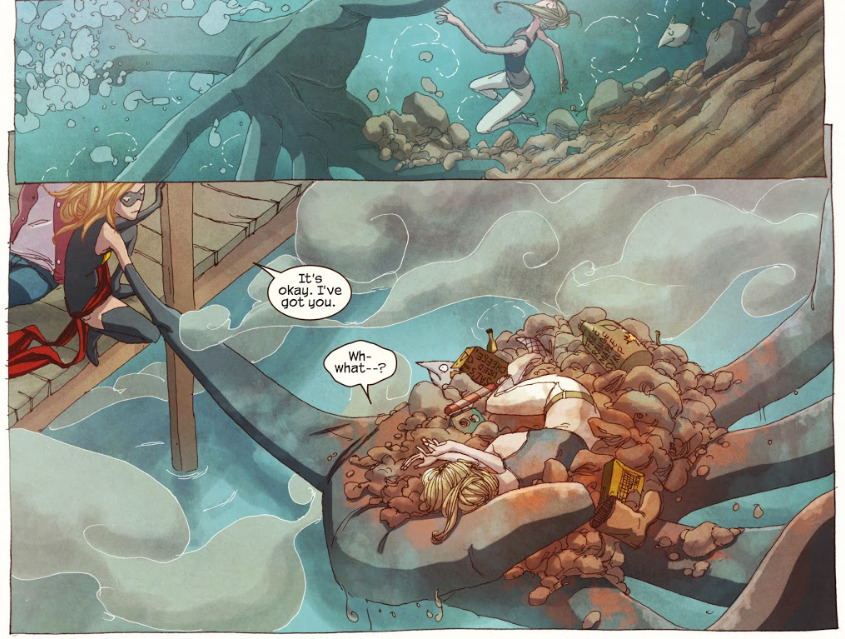 Feige spokes with Empire, where he revealed all of this will be changed saying, “We adapt the comics; it’s not an exact translation.”

He then said, “What we will learn about where those powers come from, and how they come about, is specific to the MCU.”

While Khan’s powers will be different, Feige does note that her giant hands will be making an appearance, “You will see great comic splash panels in some of our action sequences. If you want big, giant hands and arms, well they’re here in spirit, if not in stretchy, plastic-type ways.” 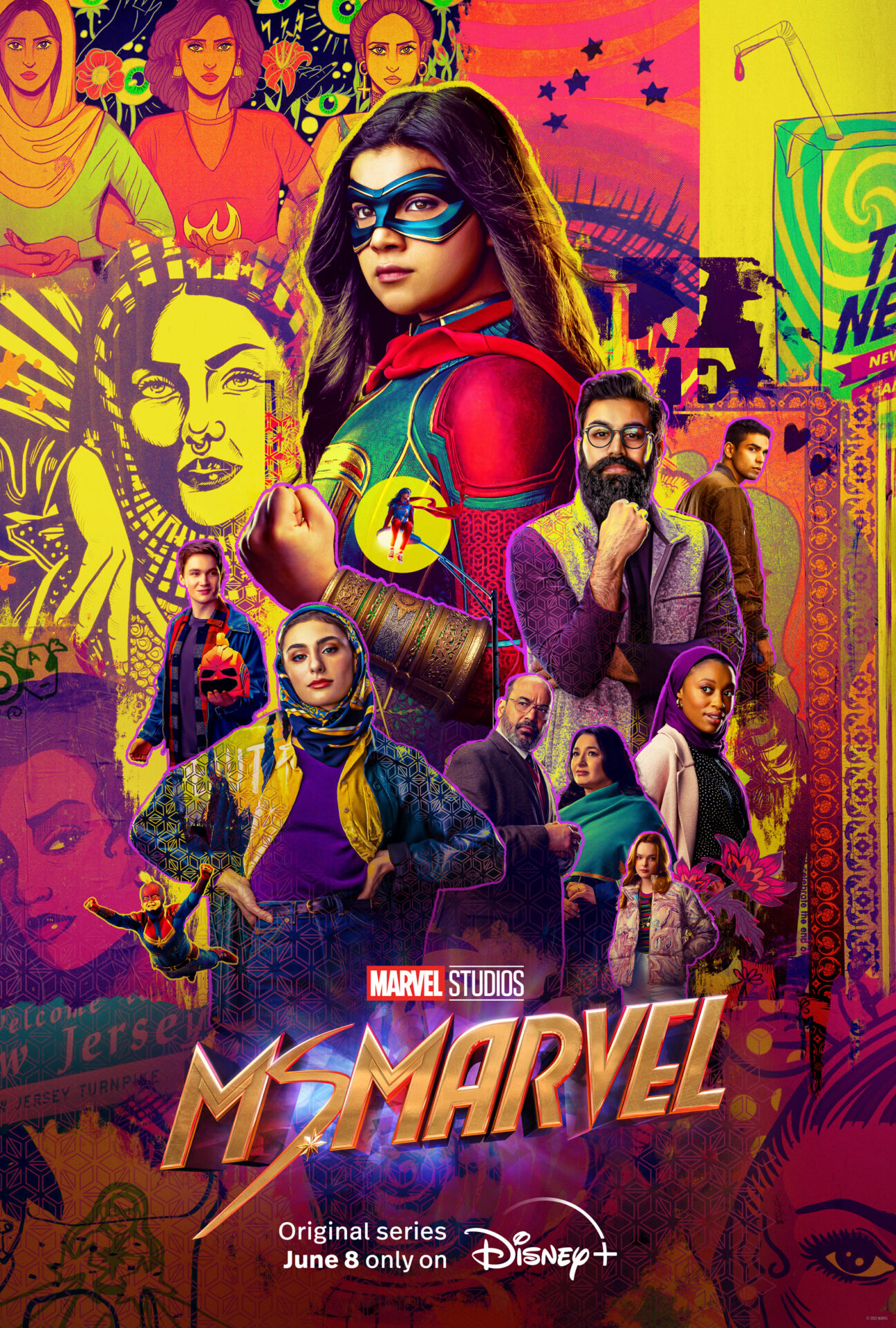 Feige went on to hint the origin of her powers will also be explored in The Marvels film saying, “It taps into the future of her story as it connects to her other friends that she will meet in the upcoming film The Marvels.”

He then hinted, “She’s interested in knowing, ‘Great, does that mean I’m an Asgardian? Did I get hit with gamma rays?’ No, it’s seemingly none of those things. It goes to her own past and her heritage and lineage.” 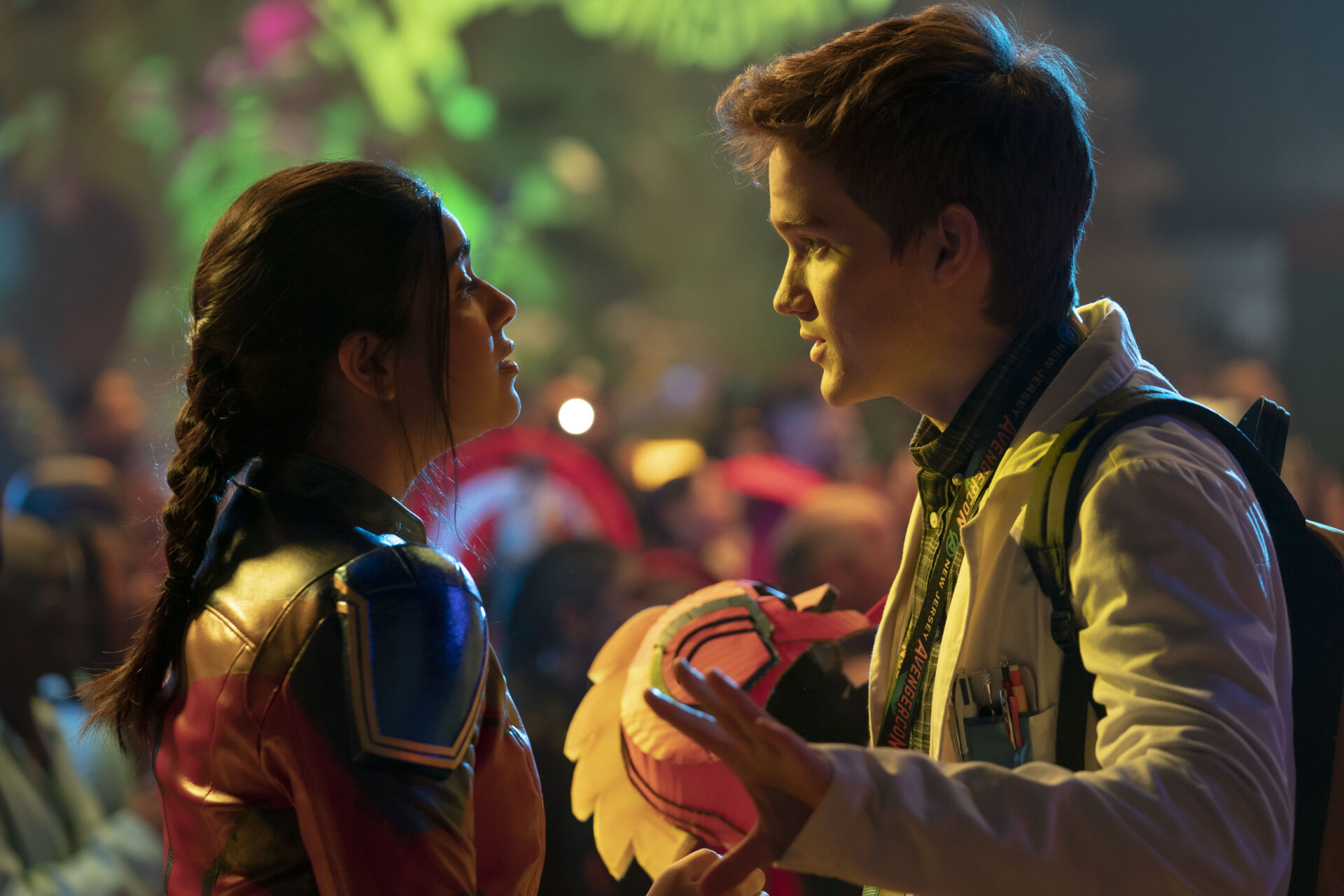 The official description for Ms. Marvel reads, “Marvel Studios’ “Ms. Marvel” is a new, original series that introduces Kamala Khan, a Muslim American teenager growing up in Jersey City. An avid gamer and a voracious fan-fiction scribe, Kamala is a Super Hero megafan with an oversized imagination—particularly when it comes to Captain Marvel.”

The description concludes, “Yet Kamala feels like she doesn’t fit in at school and sometimes even at home—that is, until she gets superpowers like the heroes she’s always looked up to. Life gets better with superpowers, right?”

The series arrives on Disney+ on June 8th.

What do you make of Feige’s explanation for why her powers and origin are being changed for the Disney+ series?

NEXT: Disney And Marvel Bank On Identity Politics In First Teaser For Ms. Marvel Disney Plus Series