Film Critic Christian Toto once coined the term “Hate Night Television” to describe “late-night comedians” who use their shows as a platform to parrot progressive talking points while condemning half the country for their views. 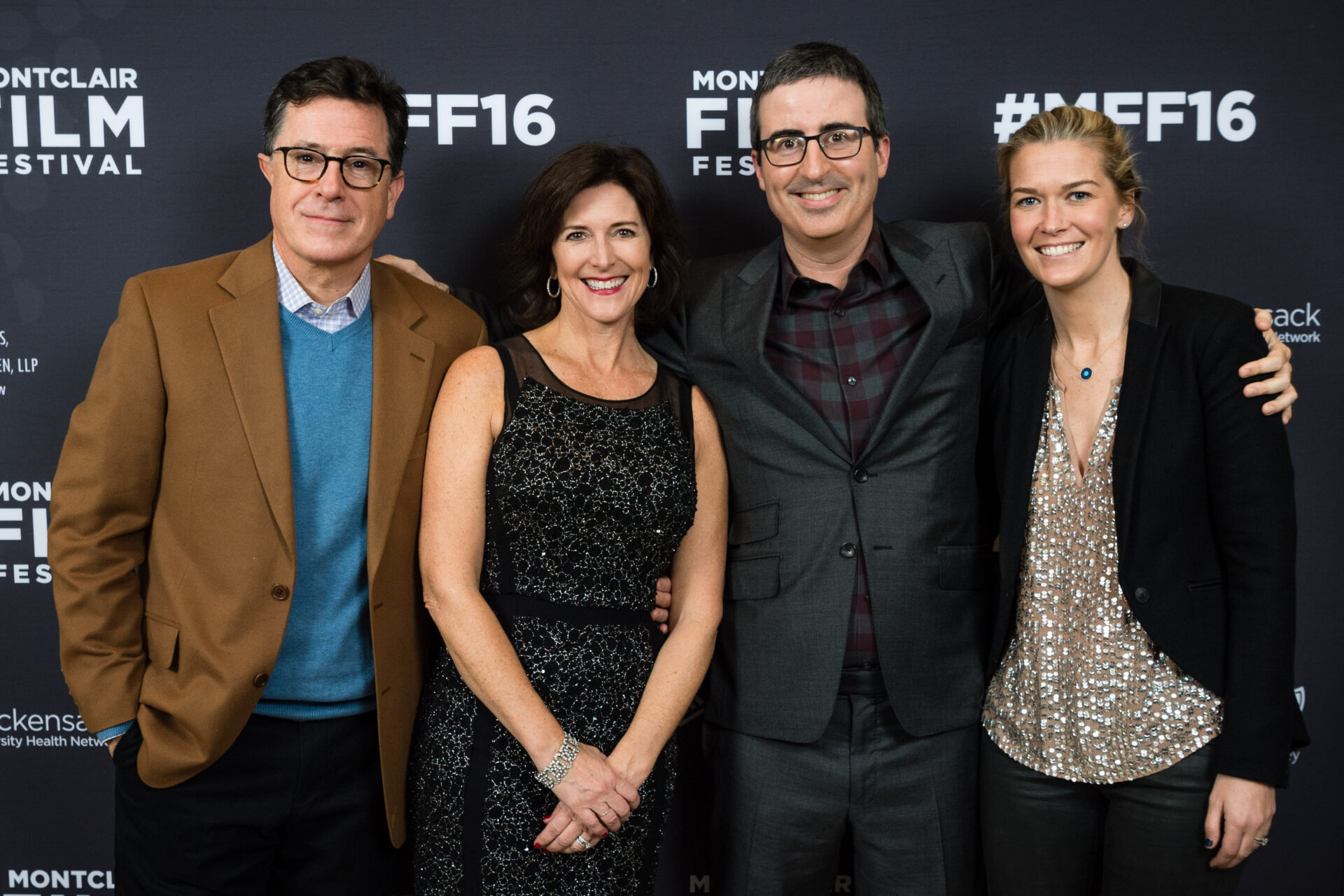 Steven Colbert, Samantha Bee, Trevor Noah, Bill Maher, Jimmy Kimmel, Jimmy Fallon, and the list goes on and on. However, there is no better example of hate night TV than Last Week Tonight’s John Oliver.”

On the latest episode of his “late-night news satire” show, Oliver decided to not only target Republicans in the state of Alabama, but went as far as to defend gender reassignment surgery and medication for minors. 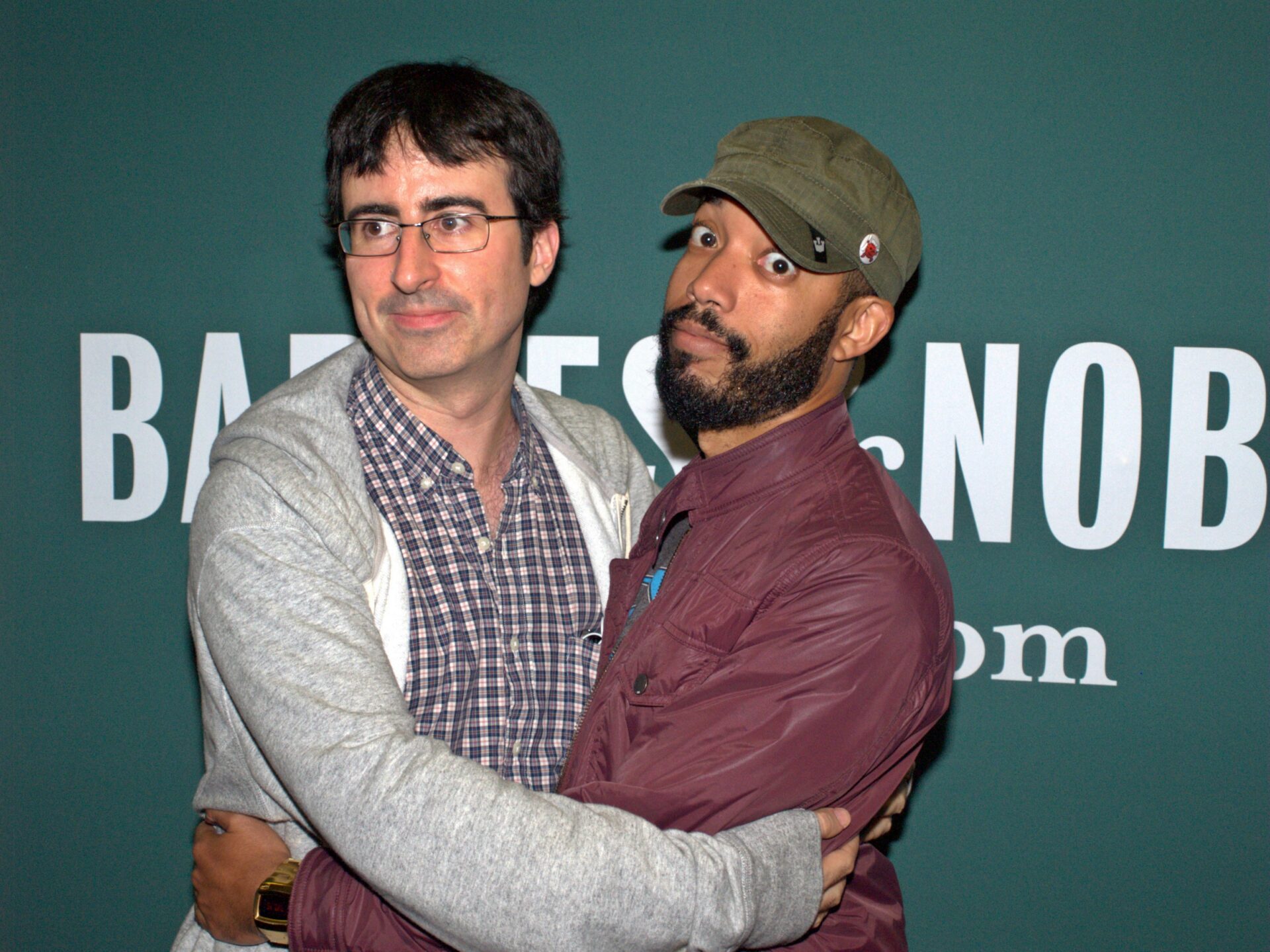 John Oliver and Wyatt Cenac at Barnes & Noble Union Square for the launch of Earth (The Book), the 2010 book from the writers of The Daily Show Photo Credit: David Shankbone, CC BY 3.0 <https://creativecommons.org/licenses/by/3.0>, via Wikimedia Commons

Recently, Alabama Governor Kay Ivey signed a law making it a felony punishable by up to 10 years in prison for doctors to perform sex-change surgeries and prescribe puberty blockers or hormone therapies for anyone under the age of 19.

The Vulnerable Child Compassion and Protection Act also bans nurses, counselors, teachers, principals, or other administrative officials at public and private schools from withholding or coercing minors to withhold information from their parents or legal guardians about a perception that their birth sex does not align with how they perceive themselves.

As a result, John Oliver decided to dedicate a large portion of his late-night show to the Alabama Governor slamming her as transphobic and evil. The segment conveniently doesn’t explain any of the details of the bill and frames the argument as transgender children are simply being denied what they call “healthcare.” 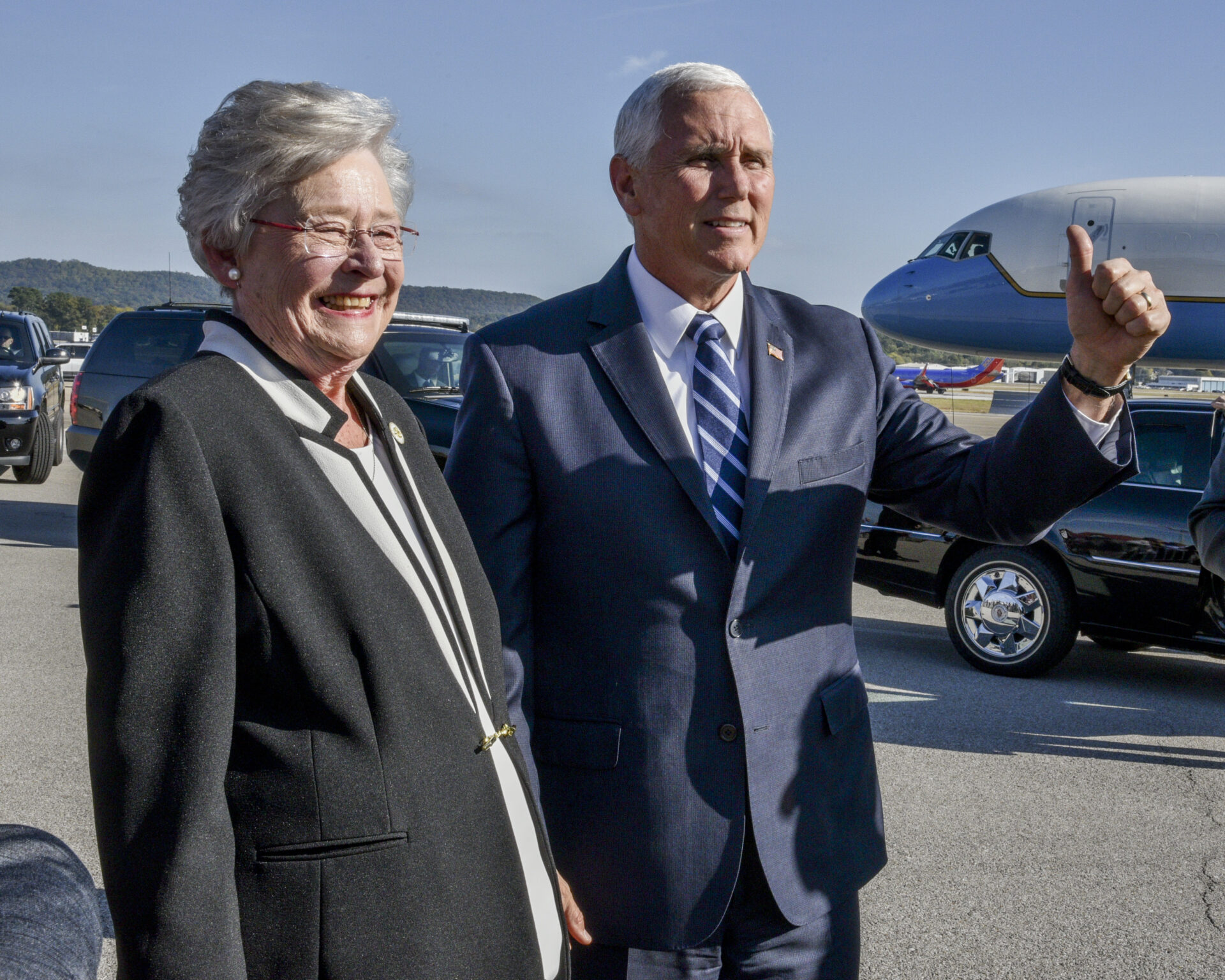 He began the segment by stating, “That is absolutely appalling. And look, there are lots of understandable reasons that someone in Alabama might be criminally punished for murder say, or for running a Ponzi scheme, or for creating this actual statue at an Alabama McDonald’s or Ronald McDonald reimagined as a giant boll weevil. But no one should ever be facing criminal punishment for providing health care to young people.”

“This law was signed by the state’s governor Kay Ivey, a woman, who as you can see, always looks like she’s saying ham. Here she is again saying, ‘ham.’ And here she is mixing it up and saying,’ Ham y’all.’ Ivey was deeply committed to anti-trans legislation even making it a feature of her re-election campaign,” Oliver said.

The “comedian” then shared a video of one of Ivey’s campaign videos where she says, “And gender is a question of biology not identity. Here in Alabama we are going to go by how God made us. Because we identify with something that liberal never will. Reality.”

“As for her point there that we have to respect how God made us, do we? Really? Why? ‘Cause we’ve got too many holes, way too little hair, and necks, fragile lollipop bones that balance our dumb-dumb heads in one very specific direction or else we die. None of this is intelligent design,” he asserted.

“And while Alabama’s worst me-maw might appeal to reality there, the truth is the major medical associations oppose bans on gender-affirming care, and with good reason, because it saves lives, and withdrawing it can be incredibly harmful,” he claimed without evidence.

Oliver proceeded to prop up a 15-year-old “transgender girl” named “Harleigh” Walker who was featured on Good Morning America in opposition to the new law. “If you can look at Harleigh or any child and comfortably say, ‘Take away the care that gives them peace and a sense of self,’ you are a bad person,” Oliver said.

According to “late-night comedian” John Oliver, if you do not support mentally disturbed children physically and chemically changing their bodies under the threat of suicide, you simply don’t care about children, and you are a bad person.

“Its supporters, like many transphobes, tend to fixate on the surgery part of transitioning even though, for the record, transitioning is far more expansive than that, may not entail surgery, and as we’ve said before when it does, is none of your f***ing business,” Oliver added.

RELATED: Bill Maher Slams Lin-Manuel Miranda For Bending The Knee And Apologising To The Woke Cancel Mob For In The Heights’ Lack Of Afro-Latino Representation

Progressives such as Oliver mask the horrors of sexual mutilation of children as “gender-affirming care” in an attempt to make their support of it come from a place of compassion.

Nowhere in Oliver’s rant do they actually rundown the details of the bill itself. SB184 states as written:

“For minors who are placed on puberty blockers that inhibit their bodies from experiencing the natural process of sexual development, the overwhelming majority will continue down a path toward cross-sex hormones and cosmetic surgery. This unproven, poorly studied series of interventions results in numerous harmful effects for minors, as well as risks of effects simply unknown due to the new and experimental nature of these interventions. Among the known harms from puberty blockers is diminished bone density; the full effect of puberty blockers on brain development and cognition is yet unknown, though the reason for concern is now present. There is no research on the long-term risks to minors of persistent exposure to puberty blockers. 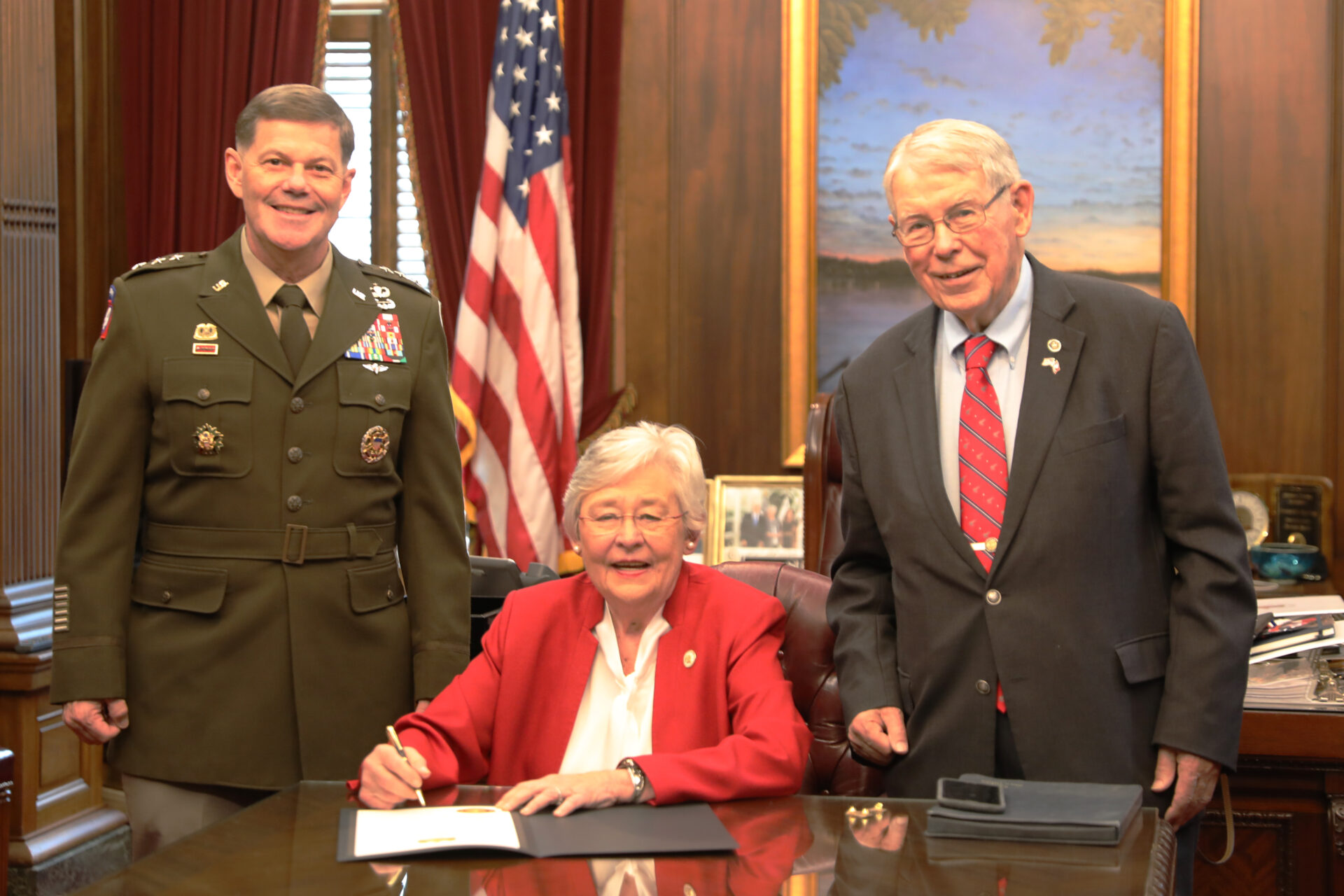 Alabama state legislators also argue that gender affirmation drugs for children come with increased risks of cardiovascular disease, thromboembolic stroke, asthma, COPD, cancer, infertility, and irreversible sterility; all medical issues that could lead to a bigger decline in the patient’s mental state leading to an increased rate of suicide.

The bill argues that patients that go through these procedures suffer significantly higher rates of substance abuse, depression, psychiatric hospitalizations, and suicides.

“The individual’s sex and sense of identity should not be presented to or determined for minors who are incapable of comprehending the negative implications and life-course difficulties attending to these interventions,” the bill explains. 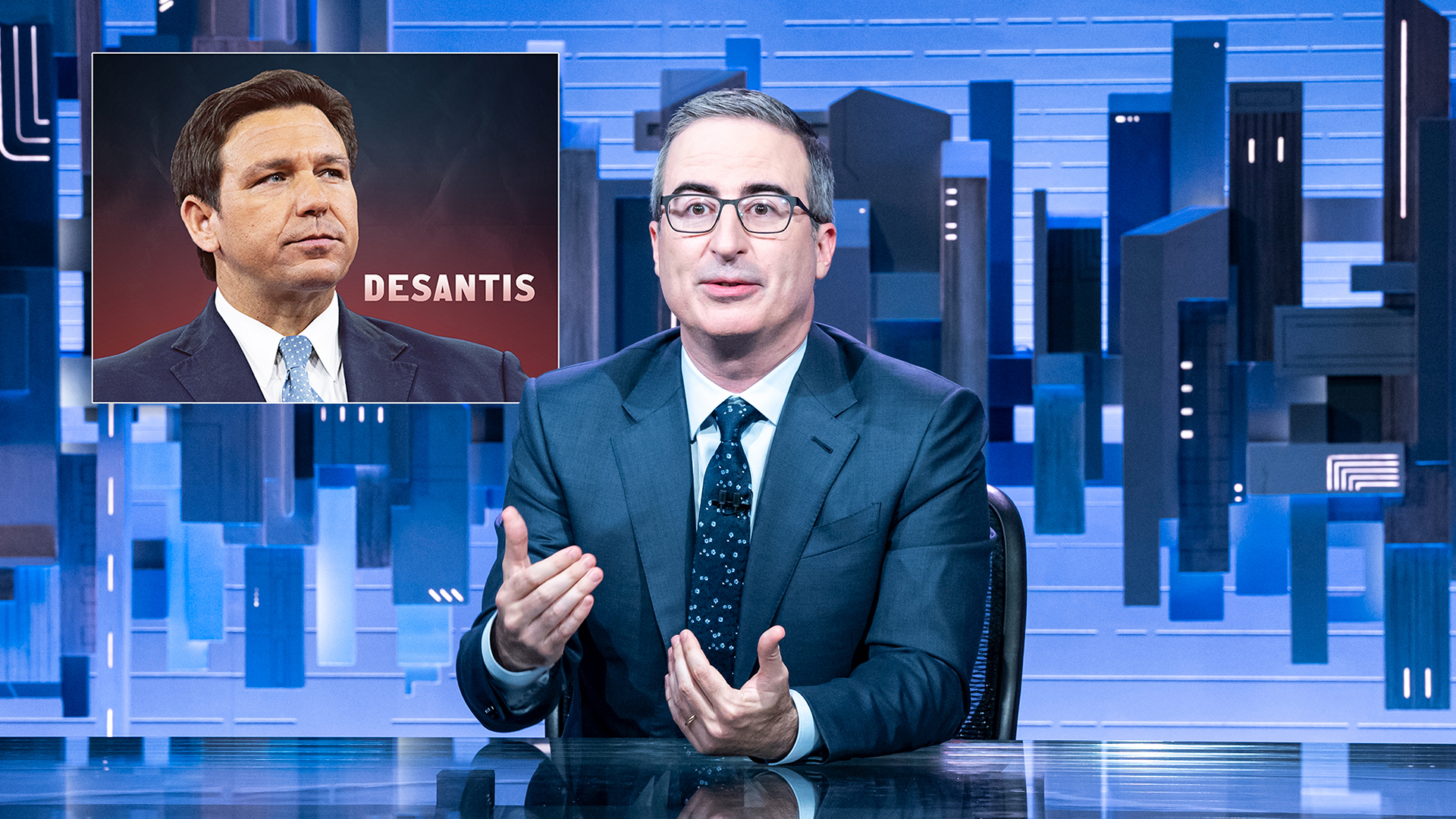 This isn’t the first egregious take we have seen from John Oliver. Oliver’s show has become the beacon of condemning the American right-wing with takes such as slamming Florida’s parental rights in the education bill, lying about the motivations of a mass shooting to blast America as racist, and even more insidiously attempting to fan the flames of racial tension which could have gotten people killed.

Governor Ivey also signed a bill banning transgender athletes from playing in girls’ K-12 sports last year making her a vital target for the progressive left as she firmly stands in the way of the left’s LGBTQ agenda with children and young adults. 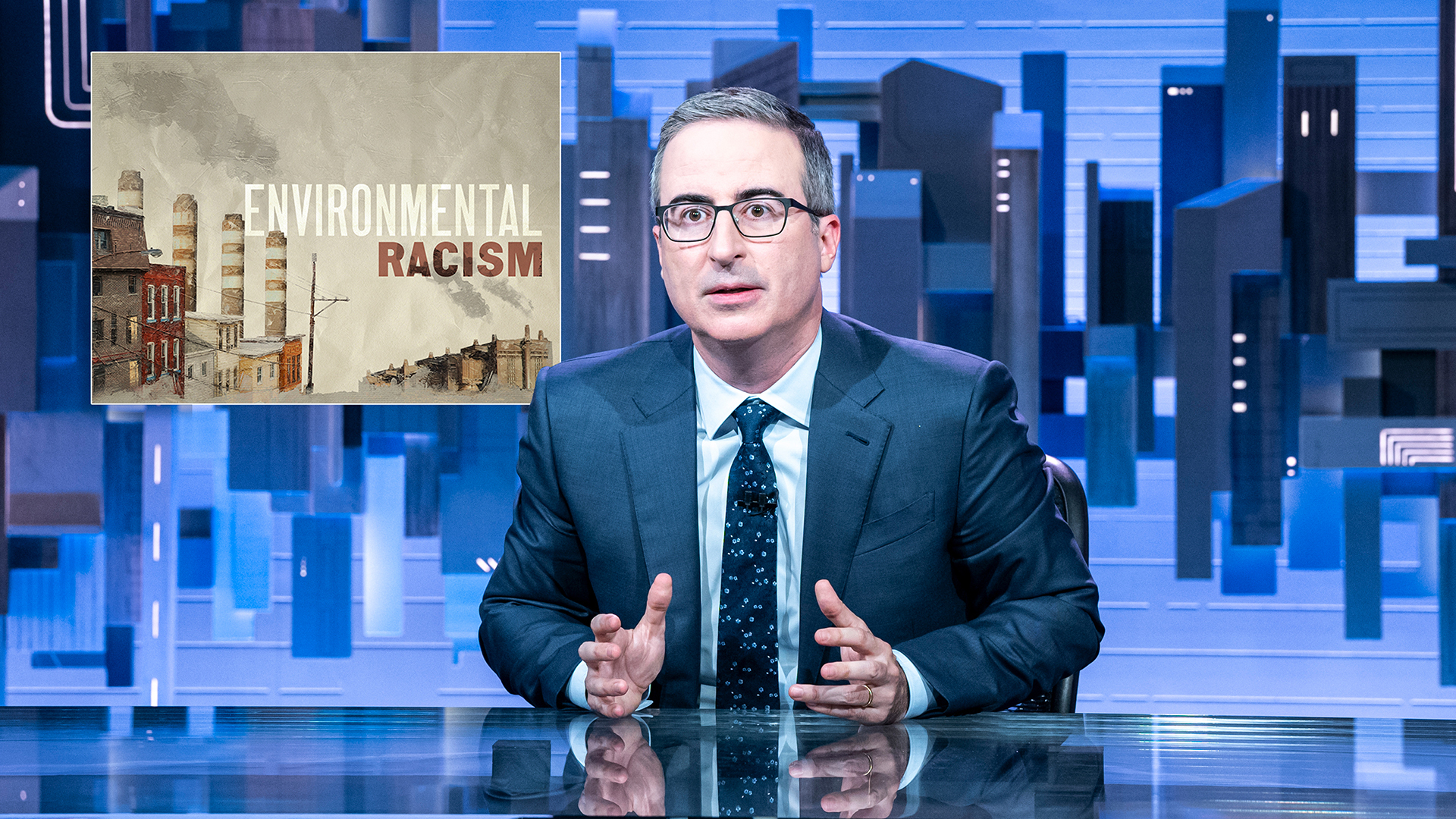 What are your thoughts on Oliver’s segment defending the gender reassignment of minors?

NEXT: Bill Maher Gets Social Media Backlash For Expressing His Opinion On COVID-19 Mask Mandates: “I Don’t Want To Live In Your Masked, Paranoid World Anymore”