The executive producer on Teen Mom: Girls’ Night In and the director of American Psycho II: All American Girl Morgan J. Freeman recently took to Twitter where he described whiteness as a disease. 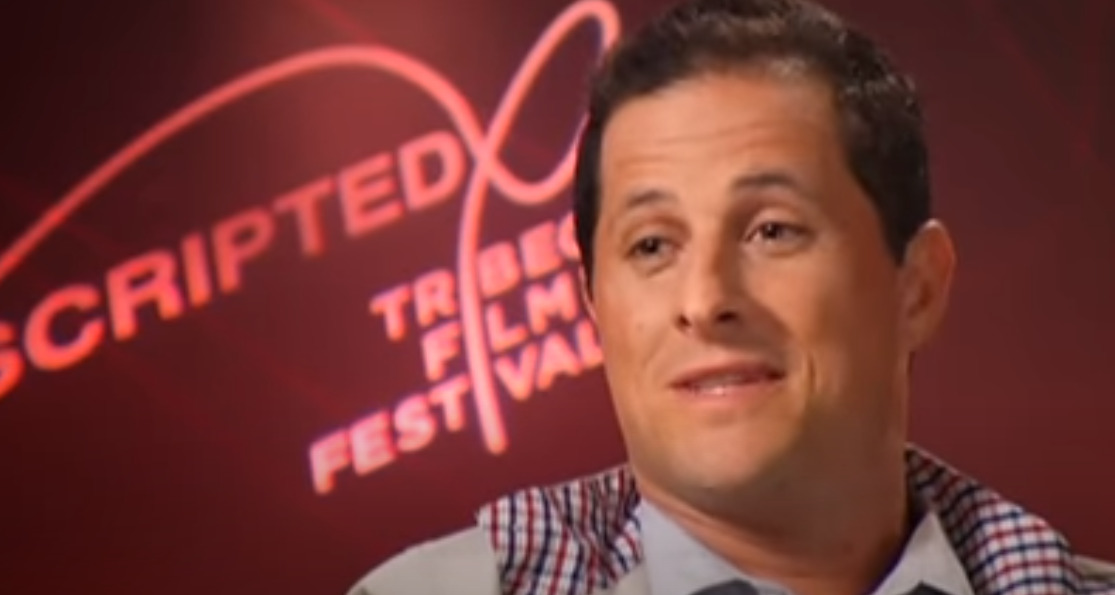 Freeman, not to be confused with the actor Morgan Freeman, wrote on Twitter, “Being ‘anti-racist’ starts by admitting ‘whiteness’ is a disease.”

He then decided to justify his blatant racism by providing his own definition of what “whiteness” is.

Freeman wrote, “‘Whiteness’ is a dominant cultural space with enormous political significance, with the purpose to keep others on the margin.”

Freeman’s disgusting and hateful comments aren’t a surprise. Before sharing his racist thoughts to Twitter, he declared America needs more of the racist Critical Race Theory.

A little over six months ago he was claiming “whiteness” would be bred out of humanity. He wrote, “Why can’t Republicans just accept that the ‘whiteness’ they so cherish will be bred out of the human race?”

Most recently he implied that Tucker Carlson is a white supremacist by sharing a 26 second clip of Carlson.

In the clip Carlson asks, “How precisely is diversity our strength? Since you’ve made this our new national motto, please be specific as you explain it. Can you think, for example, of other institutions such as marriage or military units in which the less people have in common the more cohesive they are? Do you get along better with your neighbors or your coworkers if you can’t understand each other or share no common values? Please be honest as you answer this question.”

Freeman also claims that Tucker Carlson is responsible for the shooting at a Tops Friendly Markets in Buffalo that took the lives of 10 people.

He wrote, “The blood is on the hands of Tucker Carlson whose white supremacism was the racist murderer’s inspiration.”

In September 2021 he questioned, “When will that racist white supremacist prick Donald Trump be indicted?”

In December 2021, he claimed that Kentucky congressman Thomas Massie and his family were inciting murder by taking a photo with their firearms.

He wrote, “Hey, Representative Thomas Massie — you & your family are intentionally inciting gun violence, murder & white supremacy. You should be expelled from public office immediately. Oh, and GFYS!” 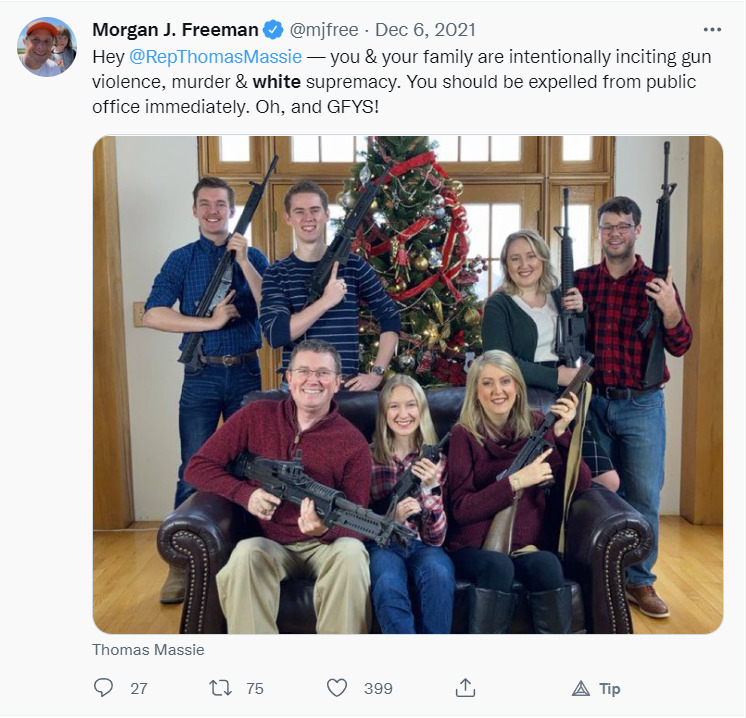 “This is what a pure white supremacist looks like when he realizes he can’t send Black Americans back to Africa, nor to Haiti, nor to the Louisiana Purchase. You’re look at the source & course of American racism in every cell of this arrogant prick’s body. Kevin McCarthy is trash!” 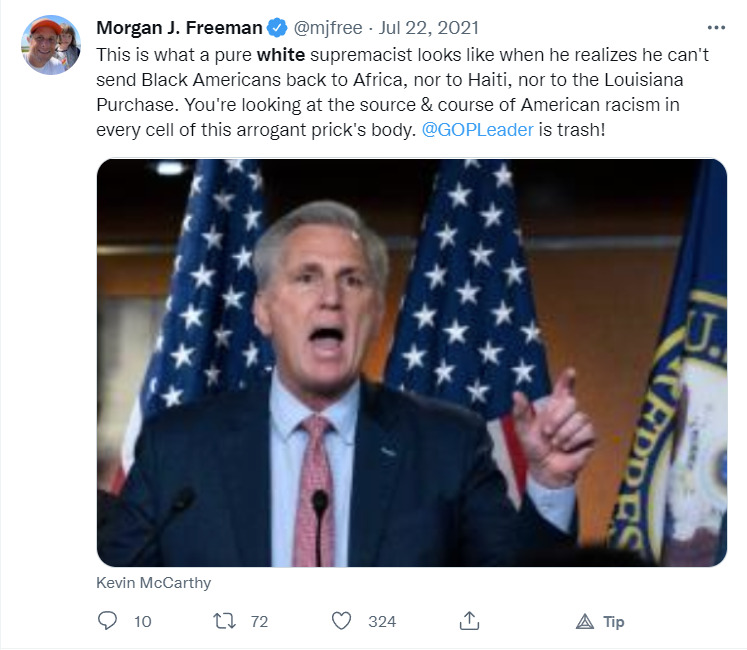 And to top it off he thinks all Republicans are white supremacists. He wrote on Twitter in June 2021, “White Supremacists (Republicans) are terrified of Black and brown communities having equal access to the ballot boxes.”

What do you make of Freeman’s racism against white people?