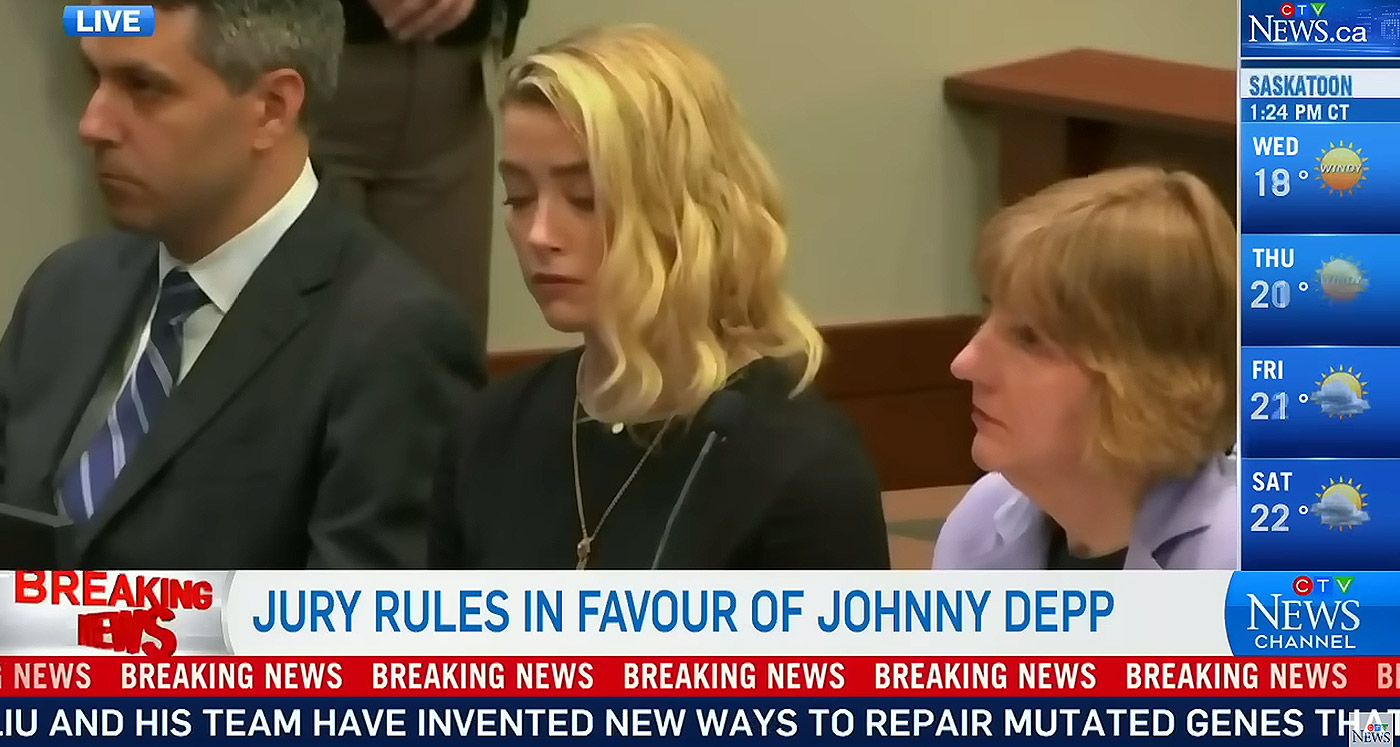 Wong Tze Loon stated on Twitter, “my block list is millions of accounts picked up from conservative, nazi, misogynist, gamergate, etc. so when i chain block tweets already in those circles, i only pick up a couple hundred new blocks even though the likes are in 30k range pro-johnny depp tweets are the same.”

In a subsequent tweet he wrote, “that ‘side’ is filled with the worst trash the internet can muster because they see this as an opportunity to legitimize hate against women, and the rest of them are useful fools who are letting their fandom of a movie star radicalize them to hatred”.

He concluded, “let me spell it out for you: it doesn’t matter whether it started that way or whether it was co-opted, but the pro Johnny depp movement is now a misogynistic, nazi-adjacent psy-op to get the general public on board with dismantling the gains made by the me too movement.” 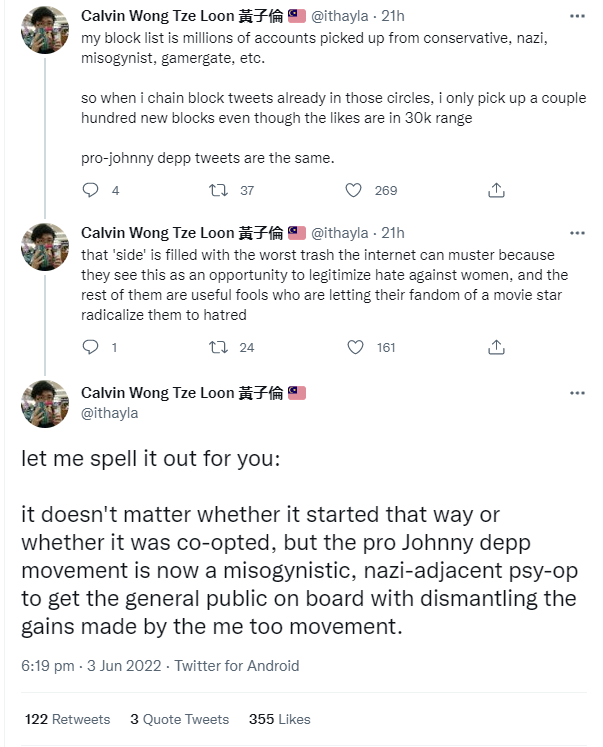 A jury awarded Johnny Depp $10 million in compensatory damages and $5 million in punitive damages after an extensive trial detailing the intimate details of the life of Johnny Depp and Amber Heard. The trial lasted six weeks and painted a picture where it appeared Heard was the primary aggressor in the relationship.

The general public came together in a rare display of unity in support of Depp after seeing body cam evidence from police and listening to hours of recorded tape and testimonies of the drug-fueled and drunken fights between the Hollywood couple.

Megan Fox, the award-winning journalist for PJ Media who became a YouTube sensation with her Johnny Depp coverage, told Bounding Into Comics, “This trial did the impossible. It brought Democrats and Republicans together in unity against liars on the stand and liars in the mainstream press.”

She added, “The gaslighting done by the corporate press that continues to this day has been roundly rejected by all people of sound mind. Johnny Depp and real abuse victims like him have made Americans friends again.”

Fox created a full merch line around the trial for the Make Americans friends again moniker, which is reported to have been selling very well. 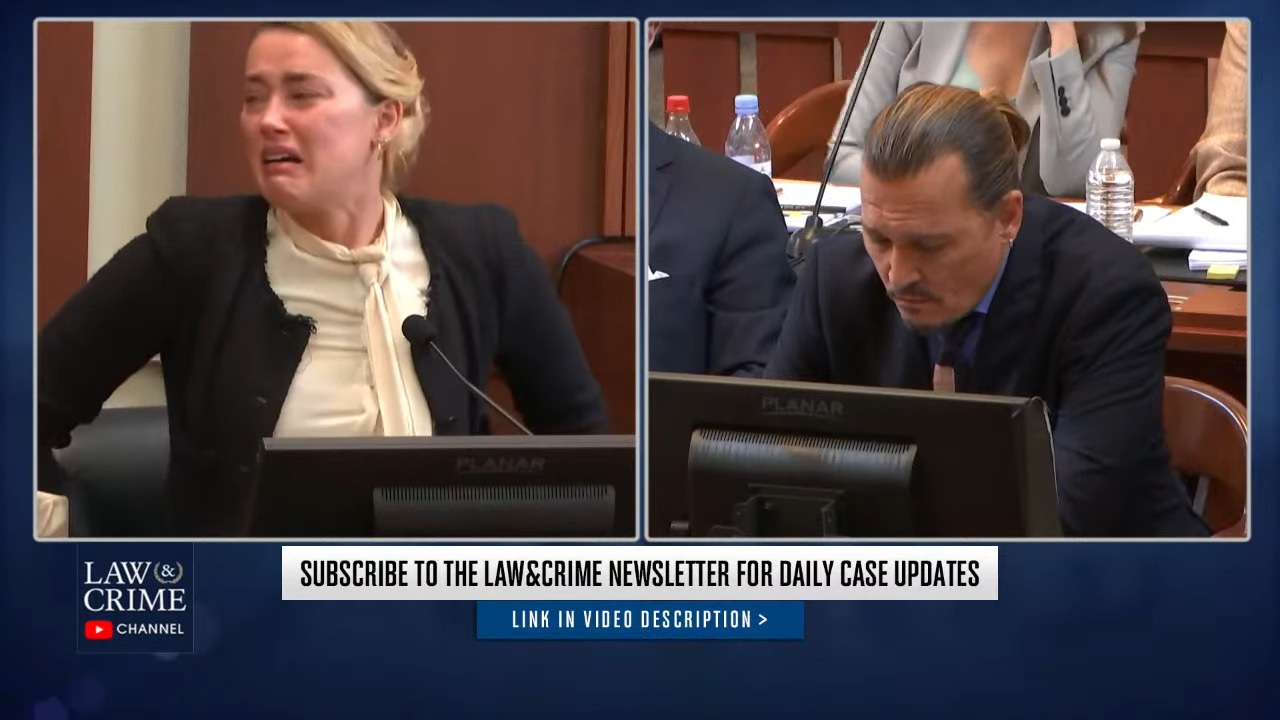 The evidence of the trial and public unity doesn’t stop extremists like Wong Tze Loon from trying to paint everyone as Nazis or blaming GamerGate for a trial outcome. Many controversial figures have tried to link GamerGate to Nazis since the movement started in 2014.

However, the entire point of GamerGate was to demand ethics and transparency in gaming journalism. The movement was founded as many gamers accused designer Zoe Quinn of exchanging sexual favors in exchange for positive reviews for her work. As a gaming journalist, it’s ironic Wong Tze Loon would oppose a movement demanding ethics for journalists. 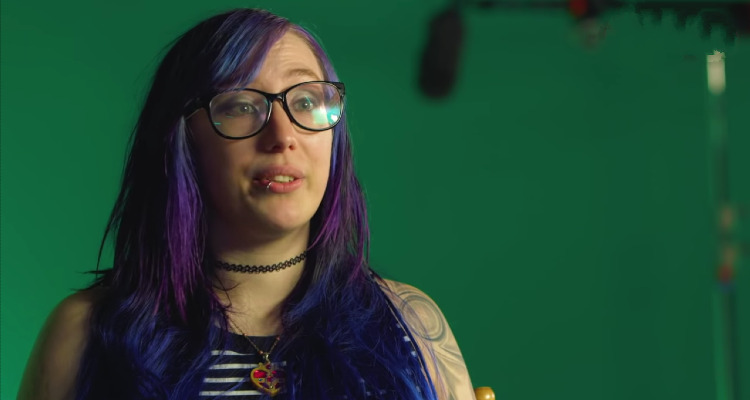 This isn’t the first controversy Wong Tze Loon has embroiled himself in either. Earlier this year, he tried to cancel a black content creator whatiskiss after whatiskiss was fired from the roleplaying content site, Role App.

He accused whatiskiss and others of a “misinformation and harassment campaign” because of accusations of racism directed at Wong Tze Loon and others with the Role App company.

He stated, “this f***s me, this person literally went through the worst on this website including nazis, alt right, f***ing having home address posted, family targeted, and its ANOTHER F***ING MARGINALIZED PERSON WHO FINALLY DROVE THEM OFF.” 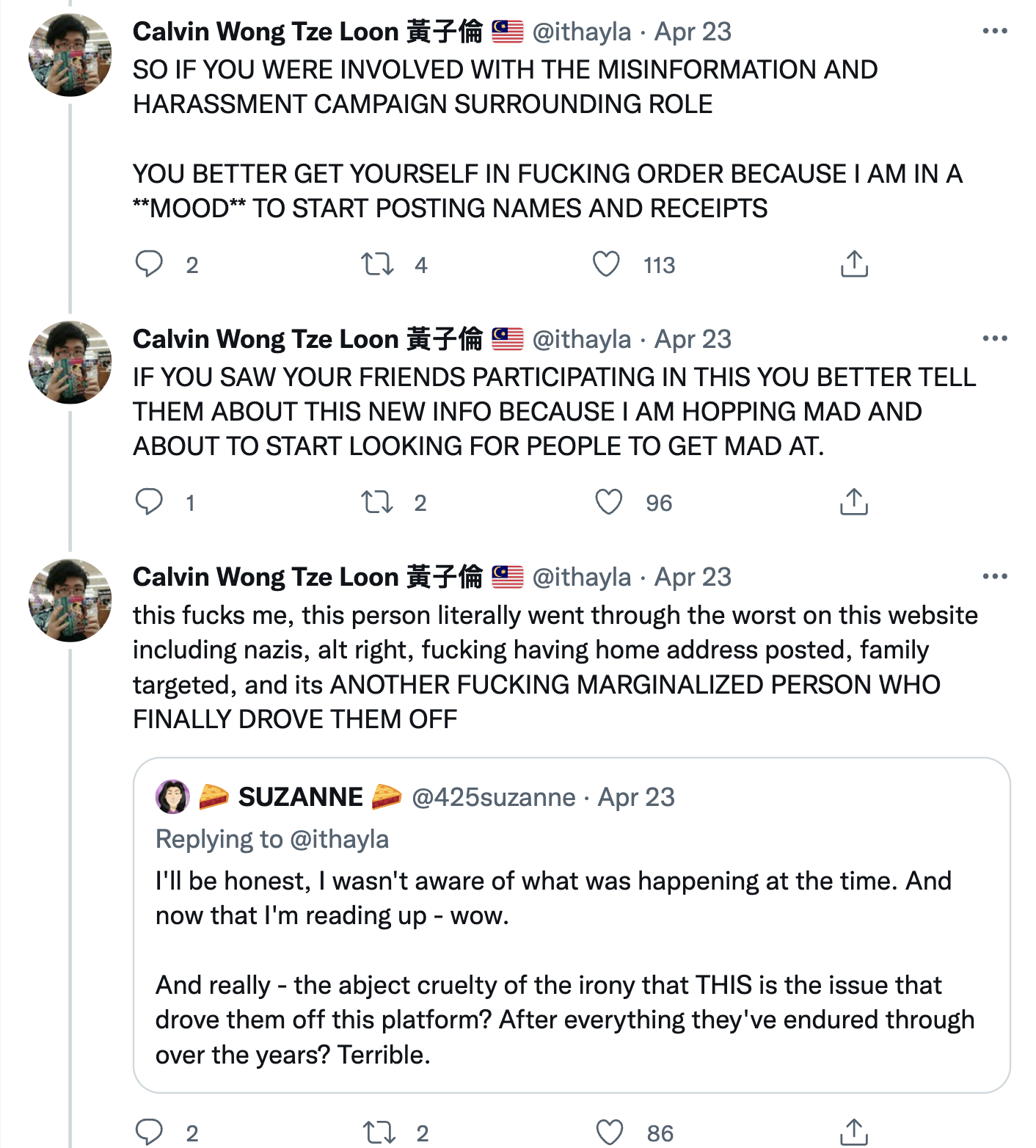 It’s odd that a professional journalist can’t accept a trial outcome of a jury of his peers in a situation where the evidence was put on full display and televised.

There’s no evidence “nazi-adjacents” or GamerGate had anything to do with manipulating the trial or the public perception of Johnny Depp’s victory.

What do you make of this PC Gamer contributor’s comments on Johnny Depp supporters being Nazis? Leave a comment below to let us know what you think.

NEXT: Heard Vs. Depp And The Pop Culture Fallout