After weeks of controversy regarding the same-sex kiss prominently featured in the latest Disney/Pixar film Lightyear, director Angus MacLane has confirmed that the character at the source of the uproar was not originally intended to be in the film.

Alisha Hawthorne, the character voiced by Orange Is The New Black actress Uzo Aduba, is the best friend and the commanding officer of Buzz Lightyear. In the new Disney film, Hawthorne is married to another woman, and the two raise a child together.

In an interview with the LA Times, MacLane confirmed that the original plans for the film did not include the character of Alisha Hawthorne at all. MacLane revealed that in the earliest stages of development, the character of Buzz Lightyear was supposed to be paired with a fellow female Space Ranger, whom he was going to share a romantic relationship with. 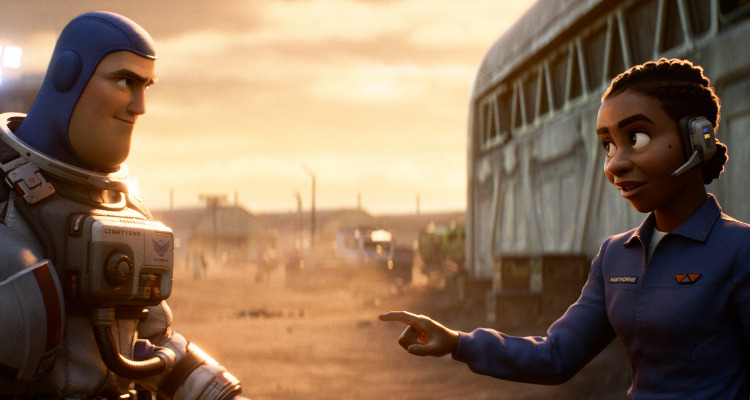 MacLane said that he scrapped the idea because he felt that the character of Buzz didn’t work in romantic situations. MacLane wanted to make sure that it was unequivocally clear to the audience that a romance was never on the table between Buzz and Alisha.

MacLane then opted to go down the road of adding LGBTQ representation in the children’s film by adding Alisha as a Lesbian character. “When it was suggested to make Alisha a queer character, that was awesome for two reasons. One, representation. And two, [Alisha] can live her separate life and you’re never feeling like there’s jealousy there … it’s more about how she lived a life and Buzz hadn’t.” MacLane said.

MacLane would continue by explaining that in order to make room for the character of Izzy Hawthorne, the granddaughter of Alisha voiced by Keke Palmer, the film had to make it clear Izzy and Buzz were not love interests, and that Izzy could not be seen as Buzz’s second chance at an unrequited romance.

Once MacLane committed to the character of Alisha, LGBTQ representation became the priority for the film on and off screen. “We had a lot of queer personnel on the film.” MacLane said.

“Lightyear’s queer staff, including animators and editors, shepherd the character to get it right. There’s a lot of really fantastic representation that means a lot more than I can understand. For them to be so excited about that and have it be so personal, it means a lot to me.” 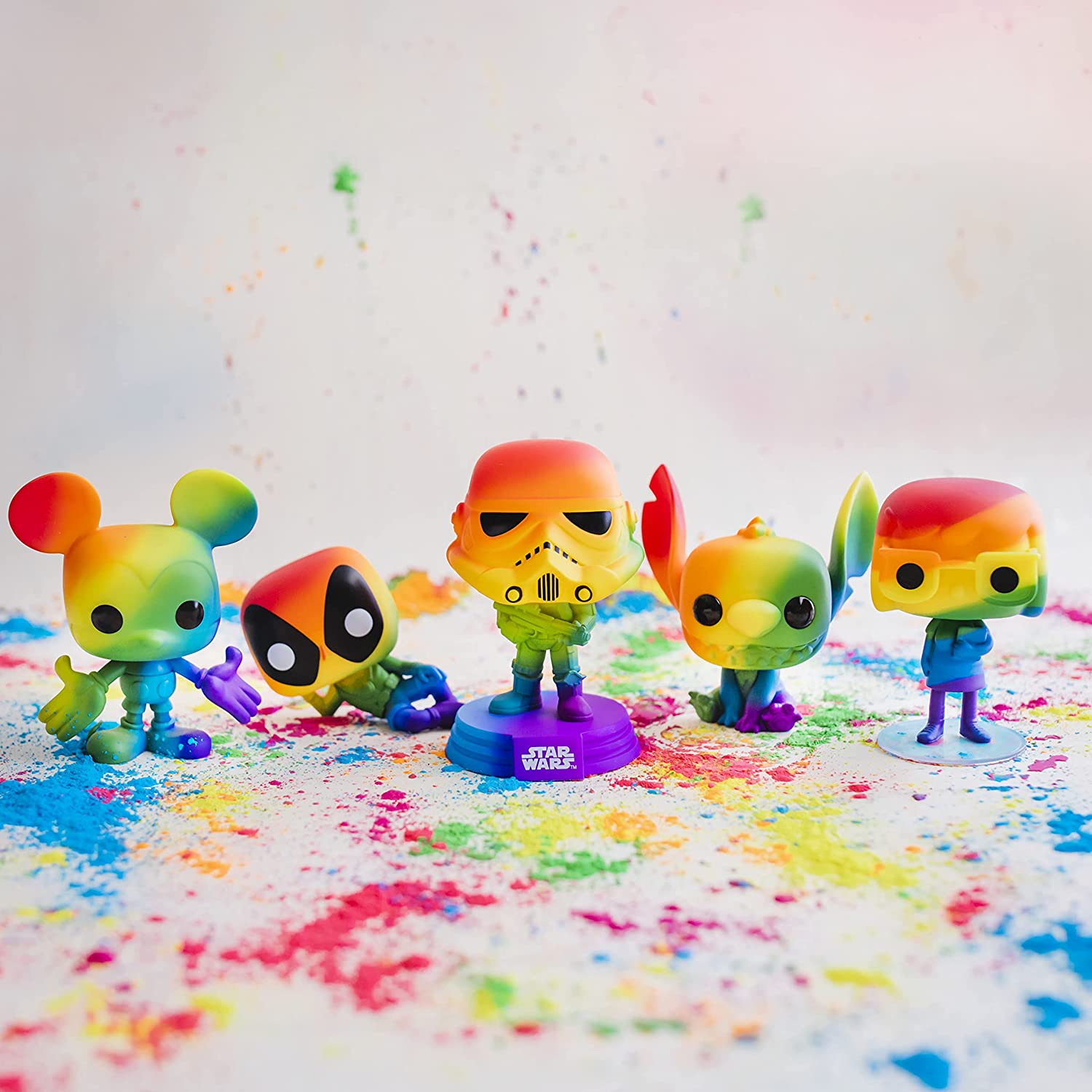 The infamous same sex kissing scene that has been a major point in the film’s marketing was originally cut out of the movie, but was restored when radical Left employees at Disney pressured the company to take a stance on Florida’s Parental Rights in Education bill, which bans the teaching of sexuality and transgenderism to children between kindergarten and third grade.

Dipping the Toy Story franchise into progressives politics caused the film to suffer a backlash, including a banning in China, Saudi Arabia, the UAE, Bahrain, Egypt, Kuwait, Oman, Qatar, Malaysia, and Indonesia. Other countries like Singapore slapped the film with a 16+ rating, citing a violation of cultural norms and values. 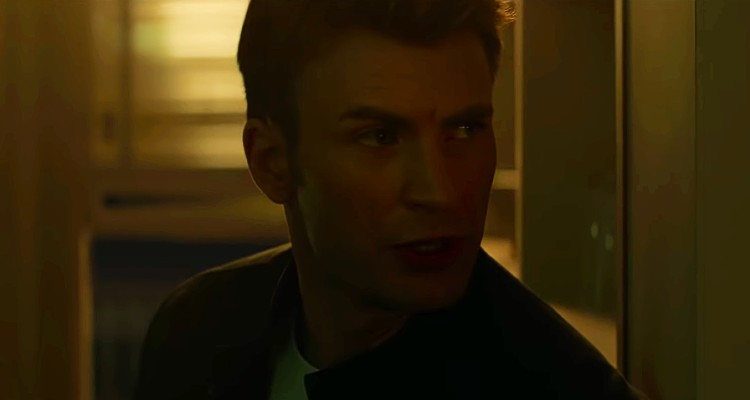 In response, Chris Evans, who replaced Tim Allen as the voice of Lightyear, called anyone who has a problem with the same-sex kiss is an “idiot” who will “die off like the dinosaurs,” indirectly slamming every Muslim in the middle east.

Aduba added that she is proud to be a part of an “inclusive story” being told in the film. “The exciting thing is that every kid, young and old, will be able to watch a movie like Lightyear and see a piece of themselves in it. That’s really important for our LGBTQ children and all voices. That’s taking stories to infinity.” said Aduba.

EVIL EMPEROR – Disney and Pixar’s “Lightyear” is a sci-fi action adventure and the definitive origin story of Buzz Lightyear (voice of Chris Evans), the hero who inspired the toy. The story, which follows the legendary Space Ranger on an intergalactic adventure, features none other than Zurg—a seemingly invincible adversary of Buzz who would go on to inspire his own toy. Featuring the voices of Uzo Aduba, James Brolin, Mary McDonald-Lewis, Keke Palmer, Efren Ramirez, Peter Sohn, Dale Soules, Taika Waititi and Isiah Whitlock Jr., “Lightyear” releases June 17, 2022. © 2022 Disney/Pixar. All Rights Reserved.

While the quest for LGBTQ representation was a big selling point for those behind the scenes at Pixar, the demand was not met with audiences. The box office results for Lightyear was anything but kind to Disney. The spinoff film fell short of insider projections collecting a lackluster $51 million at the domestic box office from 4,255 North American theaters, and only $84 million from the worldwide box office.

With an initial production budget of $200 million, the film could be looking at a massive loss for Disney after marketing and talent are accounted. For reference, Toy Story 4, which had the same production budget as Lightyear needed $700 million to break even. Toy Story 4 went on to make over a billion dollars for Pixar, while Lightyear has yet to top the $100 million mark as of this writing.

What do you think about MacLane’s reason for changing the original plans for the film in under to commit to more LGBTQ representation?

NEXT: Disney To Push Their Pro-Grooming Agenda In New Disney Channel Film Zombies 3, Casting SVP Says Goal Is To “Build Identity” For Children