Friends co-creator Marta Kauffman now says it “was a mistake” to refer to Chandler Bing’s father as a male instead of a female, because his father was “transgender.” 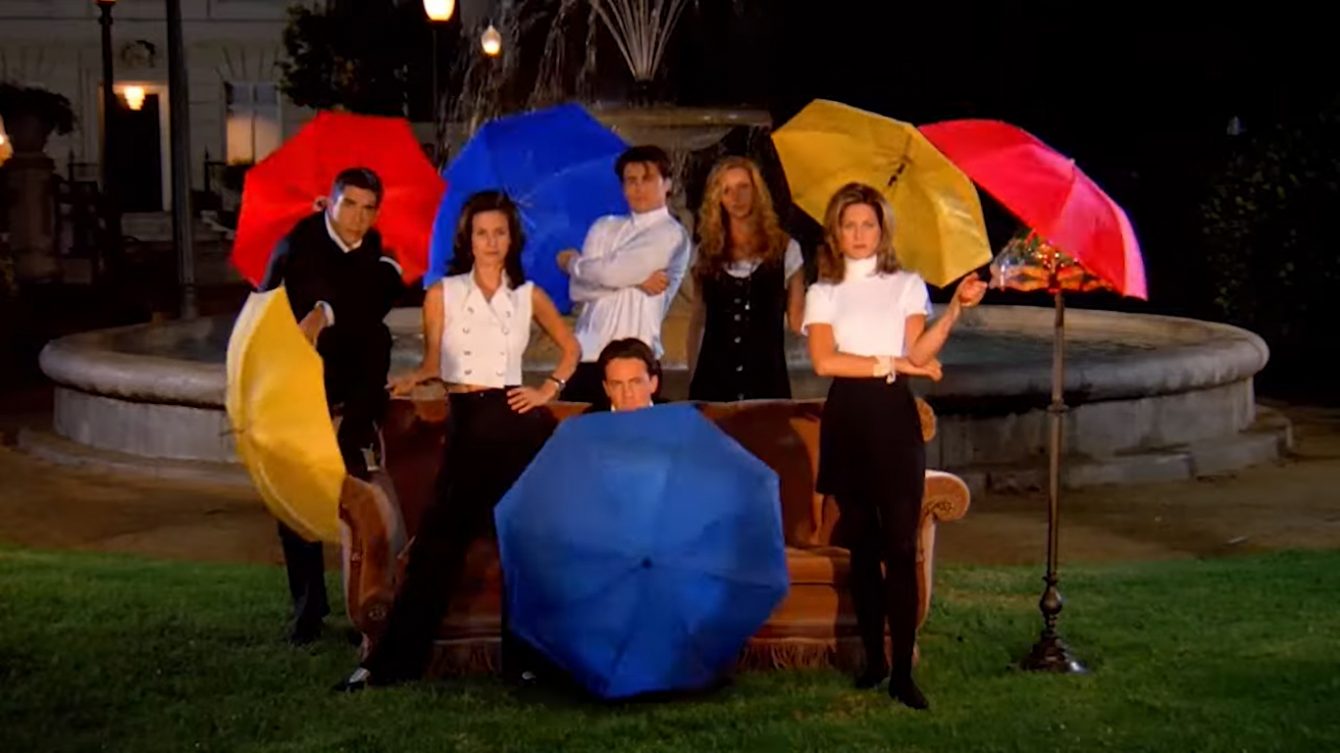 On July 5, The U.K. edition of The Huffington Post published excerpts of an interview Kauffman did with The Conversation, which is set to air on the BBC World Service on July 11. In it, Kauffman talks about Chandler’s father, portrayed by actress Kathleen Turner.

“We kept referring to her [Chandler’s transgender parent] as ‘Chandler’s father’, even though Chandler’s father was trans.” She later added that, “Pronouns were not yet something that I understood. So we didn’t refer to that character as ‘she’. That was a mistake.”

Kauffman continued by noting how much she has changed between the time of Friends and now. “It’s very important to me that where we are is a safe place, a tolerant place, where there’s no yelling.”

She provided an anecdote of just how tolerant she has become. “I fired a guy on the spot for making a joke about a trans cameraperson. That just can’t happen.”

Kauffman’s apology for referring to a male character as a male instead of female is only her latest apology regarding Friends. Back in June, she expressed regrets to The Los Angeles Times regarding the lack of so-called diversity in the show.

“I’ve learned a lot in the last 20 years,” she told the Times interviewer. “Admitting and accepting guilt is not easy. It’s painful looking at yourself in the mirror. I’m embarrassed that I didn’t know better 25 years ago.”

Later in the interview she elaborated on those thoughts. “It was after what happened to George Floyd that I began to wrestle with my having bought into systemic racism in ways I was never aware of.”

“That was really the moment that I began to examine the ways I had participated. I knew then I needed to course-correct,” she explained. For good measure, Kauffman also pledged $4 million to her alma mater, the Boston area’s Brandeis University, to establish an endowed professorship in the school’s African and African American studies department.

Of Kauffman’s two apologies, the one for referring to Chandler’s father by the correct pronouns is particularly interesting, because she is far from the only Hollywood person under fire for not completely adhering to the narrative that transgender activists set.

Within just a week’s time, no fewer than three celebrities have received heavy criticism for using words and language that do not comport with the transgender agenda. 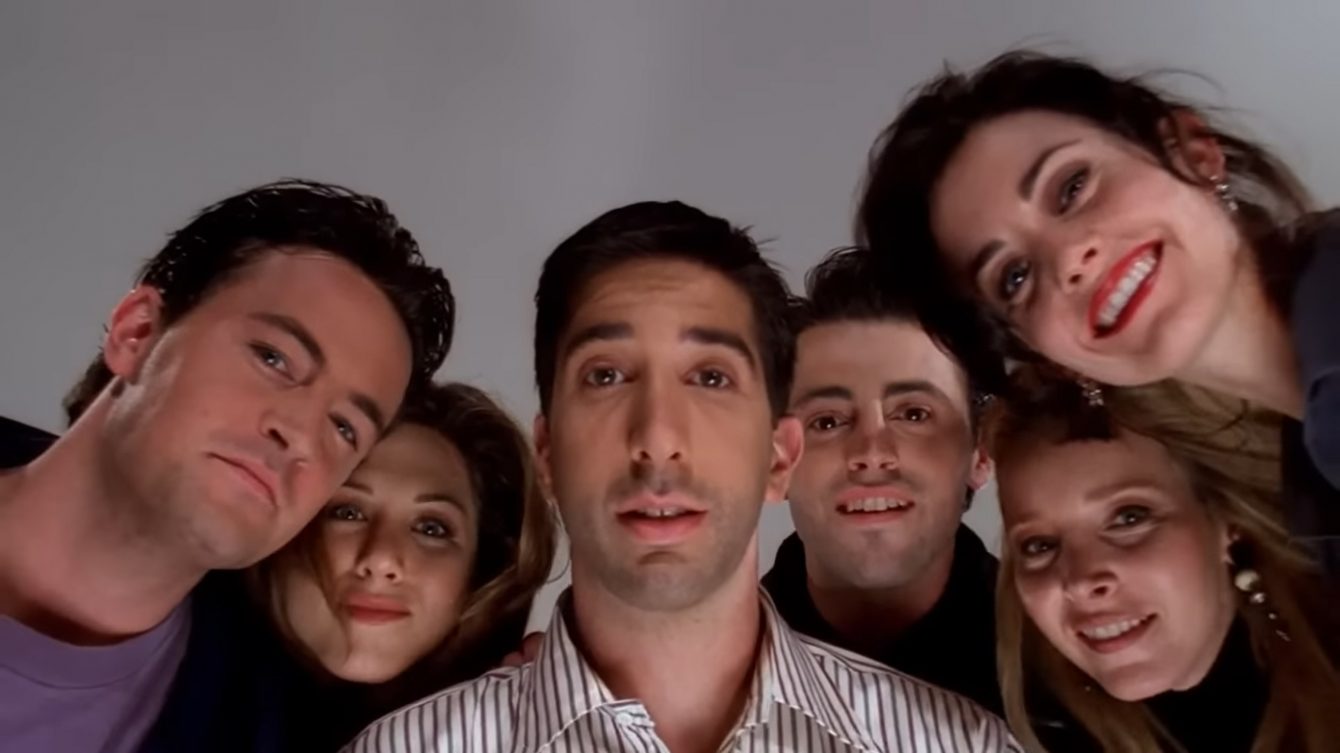 For instance, on June 30th, the European version of Politico published “The Metamorphosis of J.K. Rowling.” It’s subtitle? “When it comes to trans rights, some fans believe the Harry Potter author is more Death Eater than Dumbledore.” And on July 4, The Los Angeles Times castigated far-left celebrity Bette Midler for tweeting against the transgender destruction of language.

“WOMEN OF THE WORLD! We are being stripped of our rights over our bodies, our lives and even of our name!,” Midler tweeted. “They don’t call us ‘women’ anymore; they call us ‘birthing people’ or ‘menstruators’, and even ‘people with vaginas’! Don’t let them erase you! Every human on earth owes you!” 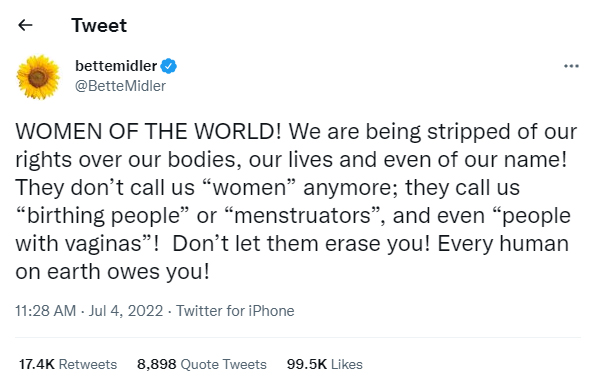 The Times post about Midler’s tweet was so extreme that it ended with a sentence completely at odds with reality. “Others who also expressed their support of Midler’s comments include those who push for anti-trans language and policies because they believe a person’s sex assigned at birth is the only thing that matters.”

Finally, singer Macy Gray came under attack for stating that, “Just because you go change your parts, doesn’t make you a woman, sorry.”

Marta Kauffman is only the latest person who has been forced to apologize for using the correct pronouns. And since the War on Truth is only intensifying, she certainly will not be the last.