Oscar-nominated actor Mickey Rourke, best known for his roles in Iron Man 2, The Wrestler and the steamy 1980s erotica piece 9 1/2 Weeks sat down for an episode of Fox Nation where he discussed, among other things, his thoughts on Russian dictator Vladimir Putin. Rourke discussed meeting Putin in 2014 with host Piers Morgan, where he claims he was charmed by Putin’s supposed empathy. 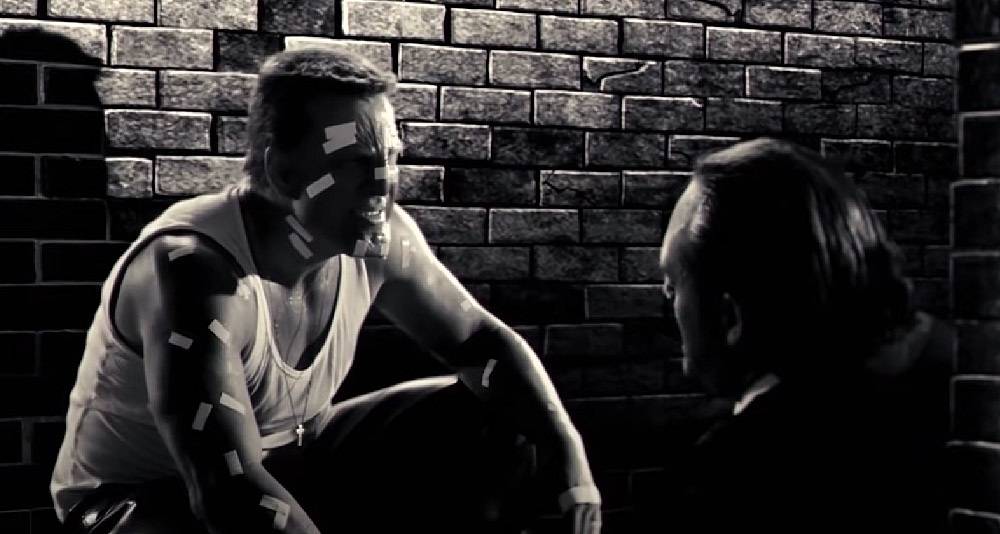 The incident in question took place when Rourke traveled to St. Petersburg alongside Putin to visit children stricken with incurable cancer. “I looked over at Vladimir, and I could see somebody that was genuinely concerned about where we were, and someone who was empathetic, and he was there for a sincere reason,” said the actor. 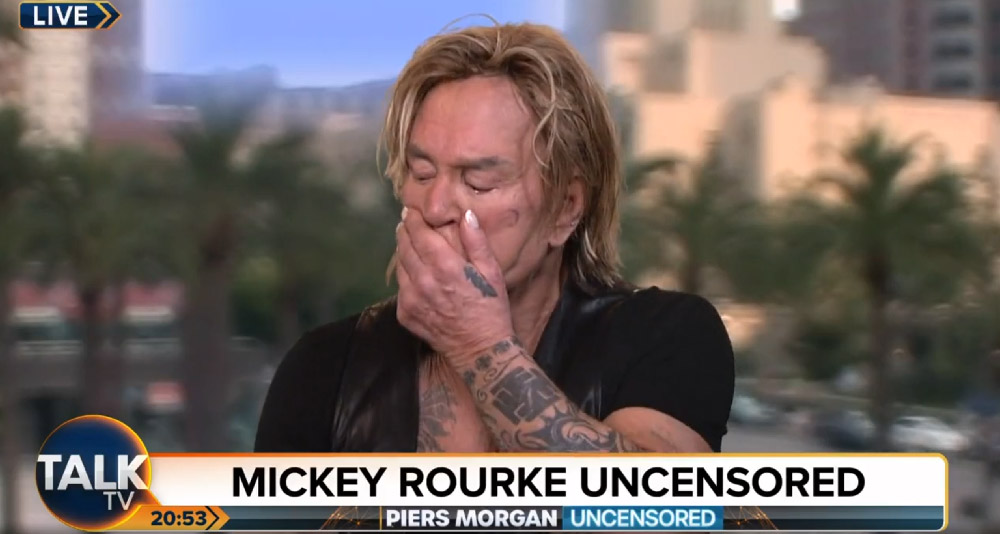 Rourke later spoke about how he felt when he saw images of the atrocities and tragedies taking place in Ukraine at Putin’s behest, including a story about an old man who lost five family members in an attack, and was left with only a small grey kitten for comfort. Overcome with emotion, Rourke put his sunglasses on to hide the tears while struggling to talk about how he felt. 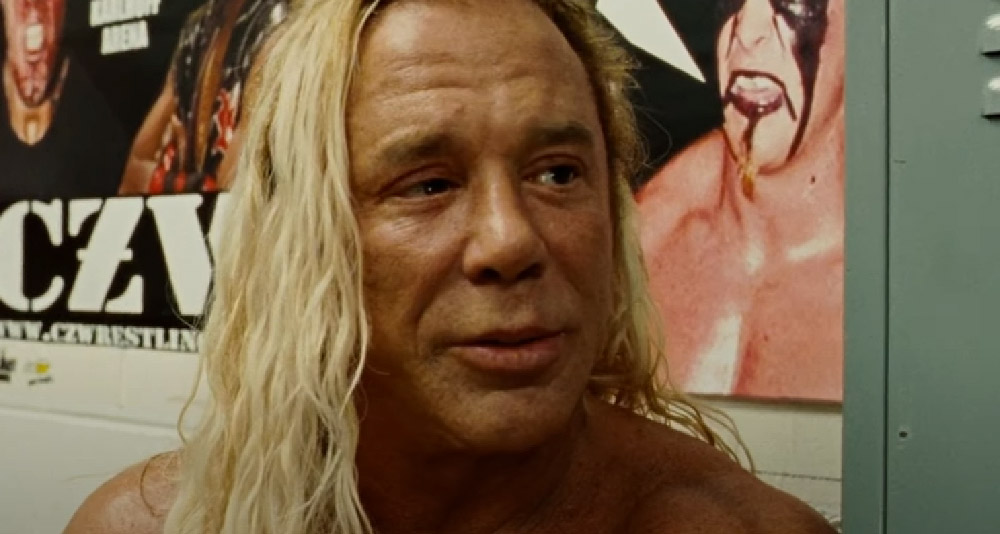 Long thought to be a Conservative voice in Hollywood, Rourke’s actual political leanings are quite obscure and difficult to pin down. The actor has backed Republican Presidential candidates like George W. Bush and Dr. Ben Carson, while rebuking President Donald Trump, and publicly supporting Joe Biden in 2020.

One of his most notorious moments came in 2014 when Rourke showed solidarity and support for Vladimir Putin, calling him a “very cool, regular guy” in the middle of Russia’s annexation of Crimea. That incident sparked worldwide rebuke of Vladimir Putin, which would later set the precedent for his push on Ukraine in 2022, triggered in the wake of Joe Biden’s disastrous pullout of Afghanistan.

Hollywood’s love affair with Vladimir Putin goes back a long way, and numerous high-profile celebrities have fallen under the spell of the ex-KGB goon who oppresses his own people, murders his political rivals, and routinely sets his eyes on neighboring territories as a means to resurrect the still-radioactive corpse of the Soviet Union.

In 2010, a cabal of Hollywood A-listers swooned with blushed cheeks and fawning glee over the Russian tyrant when he broke into a bizarre karaoke rendition of ‘Blueberry Hill,’ including Sharon Stone, Kurt Russell, Goldie Hawn, Gerard Depardieu, Kevin Costner, Monica Bellucci and others. 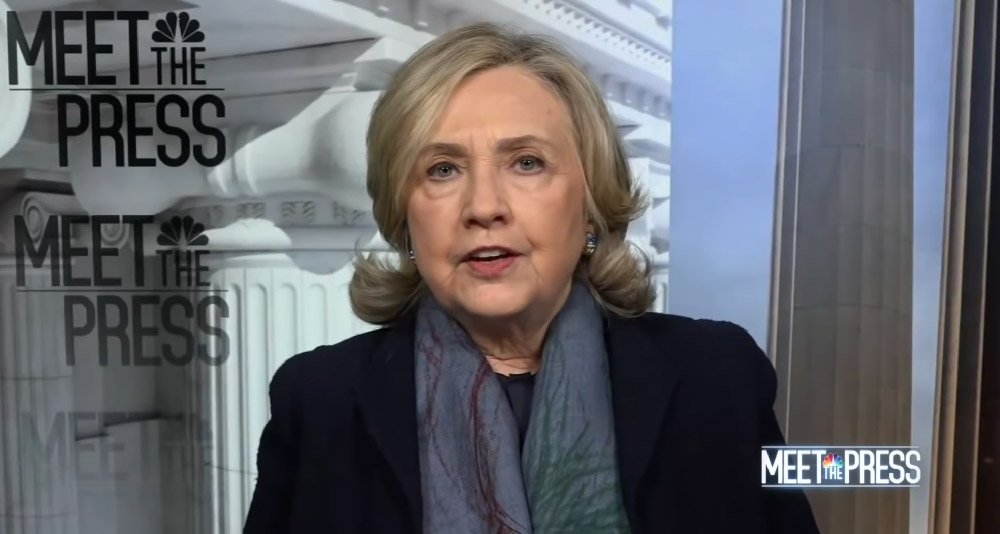 On July 6th 2009, a year prior, then-President Barack Obama formed the Obama-Medvedev Commission, designed to bolster ties between Russia and the States, and coordinated by Hillary Clinton. Alongside her husband Bill, the two quickly capitalized on cozy relations to transfer 20% percent of all uranium in the U.S. to Russia, in exchange for $145 million in donations to the Clinton Foundation.

The scandal would plague the Clintons for years, earning the Foundation a reputation for being little more than their personal slush fund.

This would later lead to even more scandals such as the infamous “hot mic” moment between Obama and Russian President Dmitry Medvedev, where the former offered Russia “more flexibility” on the issue of missile defense policies if Russia behaved itself until after his re-election campaign.

That kind of pussyfooting led directly to Russia’s emboldened involvement in the war in Syria, where Obama routinely drew red lines in the sand regarding acceptable forms of warfare, only to back down when those lines were crossed.

All the while, the media attacked naysayers and tough-on-Russia proponents like Mitt Romney, in parallel fashion with Obama. In one particularly gruesome moment that has not aged well, Obama told Romney “…the 1980s are now calling to ask for their foreign policy back,” a jab at the Reagan administration’s correct handling of the Soviet Union.

Hollywood was happy to go along with it, and celebrities like Steven Seagal, Leonardo DiCaprio, Paul McCartney, far-Left director Oliver Stone, and of course, the execrable traitor Jane “Hanoi” Fonda showered Putin with praise in one form or another. 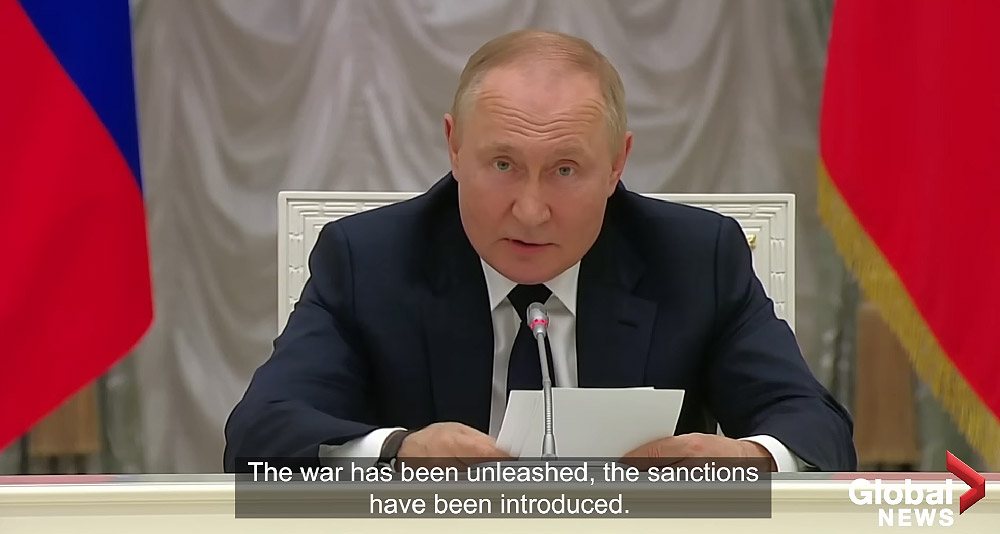 And now, everyone has the nerve to look shocked, while the Conservative world sits back and rolls their eyes over Mickey Rourke’s self-admitted revelation.

Here’s the truth – Vladimir Putin was always a bad guy. Anyone cut from the cloth of Soviet-era KGB politics is not to be trusted, and the warning signs were always there. He enriched himself to the tune of billions of dollars while Russian citizens wallowed in their Khruschchyovkas, not sure what to make of the guy who yearned for the bygone days of oppressive and paranoid Communist rule. 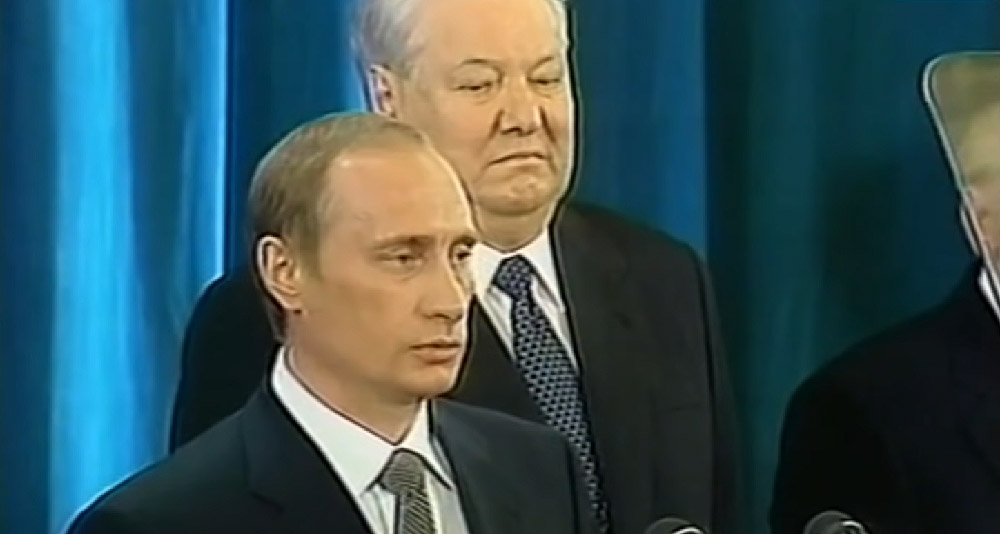 And yet, Putin was groomed for the role of tyrannical dictator by none other than Boris Yeltsin himself, appointing him as Prime Minister just in time for the second Chechen War. When he became President of the Russian Federation, his first order of business was to crack down on independent journalism and filter all media through the official state narrative so as to paint the Chechen War in a positive light.

This is a referendum specifically on Hollywood celebrities who throw their weight into politics without having the first clue what they’re talking about. Rourke is no different from any other arrogant and pretentious actor like Mark Ruffalo, Ron Perlman or Mark Hamill. They routinely chime in on politics despite having no actual knowledge of the political landscape. 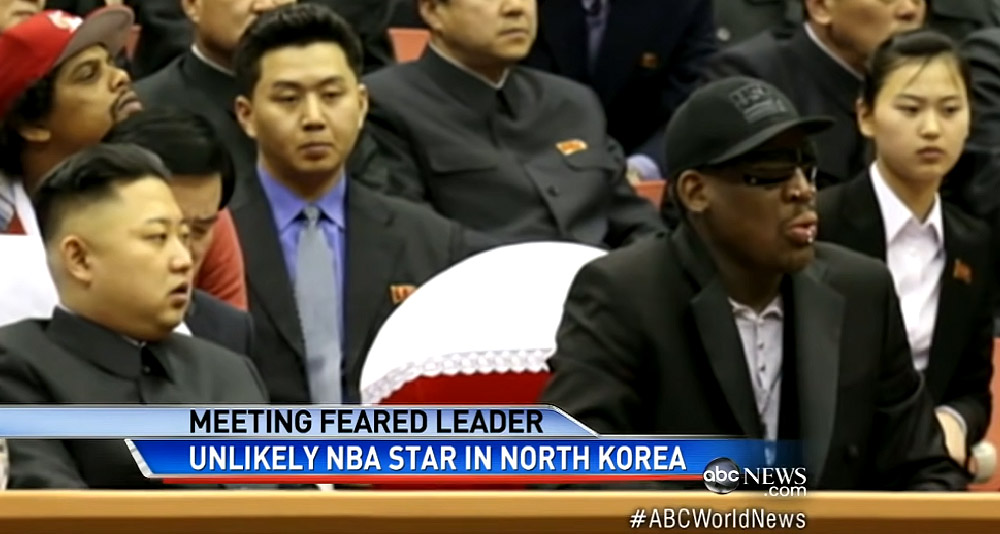 They aren’t visiting these places because they align with the political ambitions of the tyrants and despots in question. Instead, they seem to suffer from a common delusion – that they can somehow “reach” these individuals and convince them to normalize for the sake of a better world. 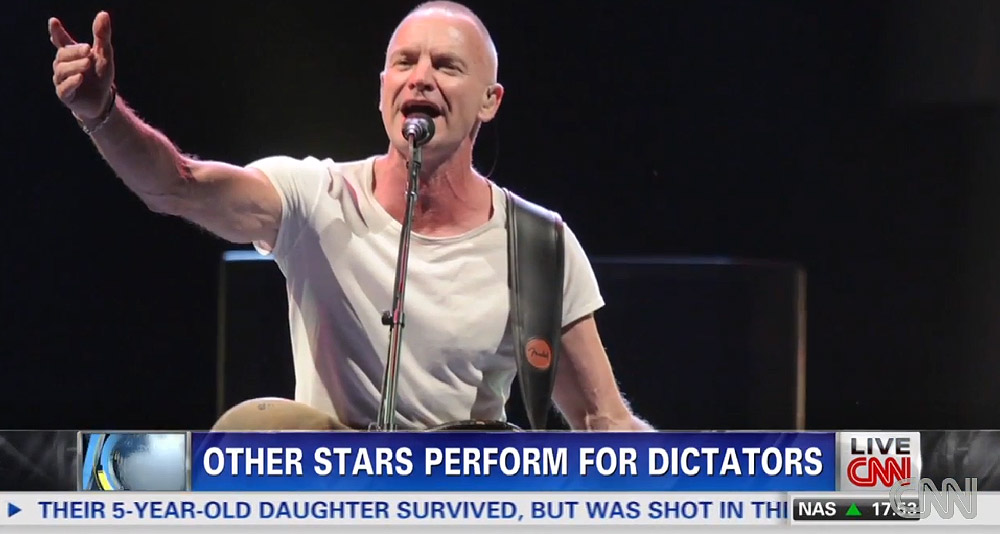 It’s a page taken right out of Barack Obama’s book on impotent foreign policy, and his repeated kowtowing to filthy regimes in Iran, Palestine, Cuba, Venezuela and Honduras, to name a few. Left-wing idealism is a giant Christmas gift to the world’s most notorious mass murderers and tyrants, and they eat it up with a spoon.

Hollywood celebrities fall into this trap in an effort to virtue signal, perhaps hoping they’ll go down in history as an instrumental cog that helped usher in John Lennon’s ridiculous “Imagine” doctrine…. “for real, this time.” Meanwhile, these tin-pot dictators and political psychopaths get positive free press, and a media all-too-willing to push the narrative. 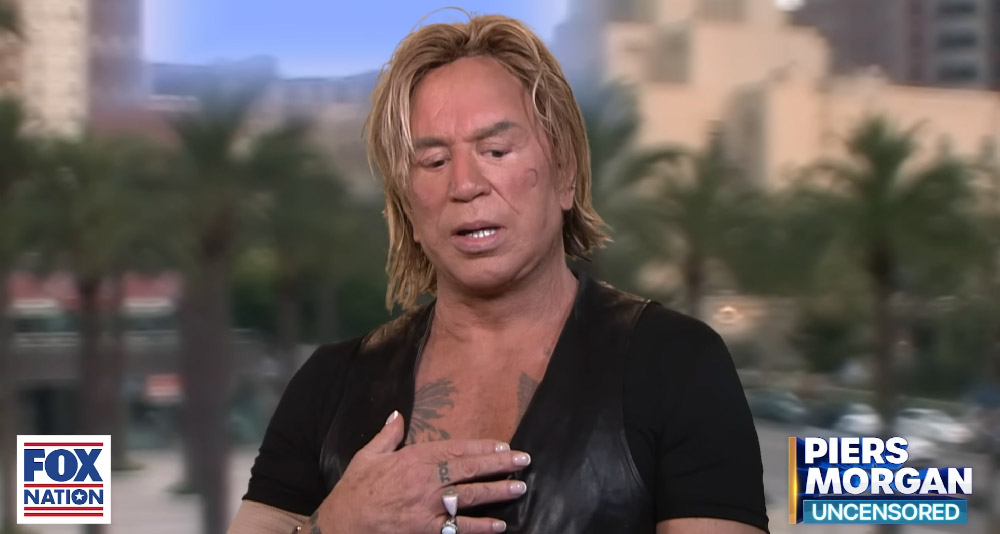 And then, something like Ukraine happens, and suddenly Mickey Rourke and these same establishment elites fake shock in an effort to dodge the spotlight over their own culpability. I will never stop pointing out how Hollywood’s hypocrisy over excrement bags like Harvey Weinstein led directly to the deaths of the #MeToo and Time’s Up movements.

The same principle holds true here. Rourke, for his part, is honest enough to admit that he got suckered by the natural confidence and charisma shared by many-a-psychopath down through history. His crime, however, is falling for the schtick in the face of alarm bells going off all around him. Like so many other cultural elites – and voters – Rourke bought into the false notion that every nation on Earth shares our values. 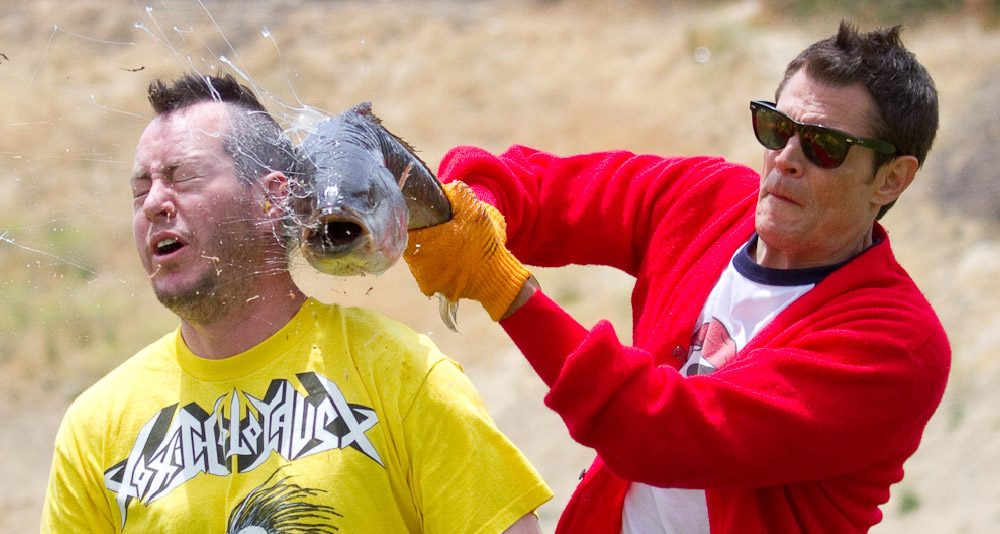 They do not, and Russia’s invasion of Ukraine amounts to the equivalent of being smacked in slow motion across the face with a giant fish in the middle of a Jackass movie.

If celebrities spent more time disciplining themselves to resist the allure of glitzy international shindigs with morally dubious political figures, perhaps they’d do some actual good. History has shown that murderous and ambitious dictators love positive press, and if they can score the kisses and praise of big name celebrities with a lot of social influence, so much the better.

NEXT: Star Trek Actor George Takei Calls On Americans To “Endure Higher Prices For Food And Gas If It Means Putting The Screws To Putin”