Hillary and Chelsea Clinton are set to executive produce Gusty for Apple TV+. The docuseries will be “a thought-provoking” piece of female propaganda. 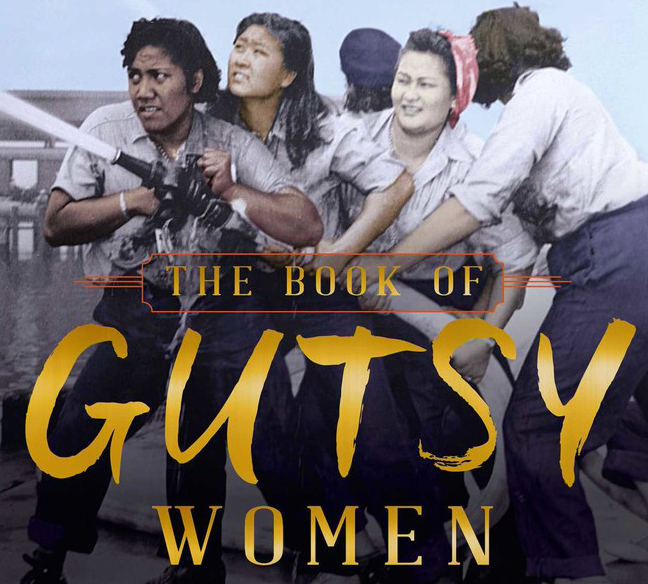 Source: ‘The Book of Gutsy Women’ by Hilary Rodham Clinton and Chelsea Clinton © 2019.

On July 14, the far-left The Wrap reported that two-time failed presidential candidate Hillary Clinton, along with her daughter Chelsea will “embark on a thought-provoking journey to speak with pioneering women artists, activists, community leaders and everyday heroes who show us what it truly means to be gutsy.”

And the people who will be a part of their thought-provoking journey are exactly who you would expect. The eight-episode series will see the Clintons having “intimate conversations with Kim Kardashian, Megan Thee Stallion, Dr. Jane Goodall, Gloria Steinem, Wanda Sykes, Amy Schumer, Goldie Hawn and Kate Hudson, to name a few.”

The series is based on The Book of Gutsy Women, which the two Clintons wrote. The Wrap describes the book as “a New York Times bestseller,” but sales figures reveal that it sold relatively poorly considering that the Clintons have a big name and the backing of everyone in power.

Other Hillary Clinton books, such as Stronger Together and Hard Choices, have likewise undersold or been outright duds. 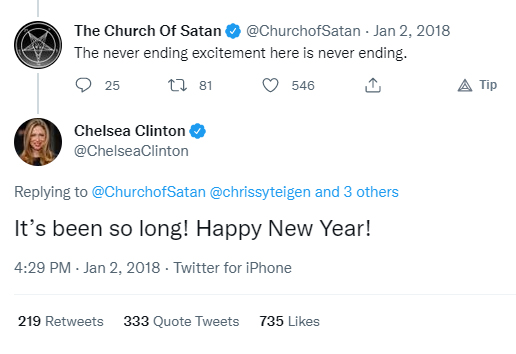 Nevertheless, the Apple TV+ deal shows how the far-Left sticks together. Furthermore, it’s another example of how they have complete power over American institutions, despite the fact that a massive cultural backlash is in full effect.

Here’s what I mean.

Hillary Clinton is widely recognized as one of the nastiest, most vicious and corrupt American politicians of all time. Her years of lying, scheming, dividing people, and engaging in all sorts of other misdeeds culminated when she advanced the Trump/Russia collusion conspiracy theory.

Yet instead of being ashamed of her and denouncing her, the far-Left has embraced and rewarded her every step of the way. And by helping her move into cultural endeavors (she has her name on a novel/potential movie and is possibly still producing a TV drama as well) they are not only again rewarding her, but they are also solidifying their messaging and narrative in the American mindset.

Meanwhile, the most powerful GOP and conservative leaders—the supposed opposition—do nothing but whine and impotently stamp their feet. They blather about wanting to stop the far-Left and yet they lose battle after battle (often intentionally) and never produce any lasting positive results of note. Creating culture doesn’t even enter the minds.

Others, however, have taken up the slack in the cultural arena. Novelist and comic book writer Mike Baron is one of a growing number of creators who are successfully crowdfunding new projects. Patrick Courrielche and Adryana Cortez have built Red Pilled America—a weekly storytelling podcast—from the ground up and now are heard nationally via iHeartRadio.

Then there is comedian Michael Loftus (I occasionally write for his The Loftus Party website) who has created and headlines That Show Tonight, a sketch comedy series that audiences can watch live or via the That Show Tonight website. And there are plenty more people outside of Con., Inc. who are doing similar things.

By the way, I’m one of those people who is doing similar things. Thor vs. the Valkyries is my latest short story and now is the perfect time to pick it up if you’re in the mood for a good Thor tale.

Without a doubt, the far-Left has conquered every American institution and they ruthlessly control things at this time. The announcement of Hillary and Chelsea Clinton executive producing Gutsy is one of the most recent examples of this.

NEXT: The New York Times Claims Opposition To LGBT Books In Schools Leading To Attacks On Librarians