In Marvel Comics’ latest attempt to distract readers from their books’ abysmal quality with a transparent attempt at pandering, the latest issue of Knights of X has revealed that long-time X-Men members Betsy “Psylocke” Braddock and Rachel “Marvel Girl/Prestige” Summers are not only bisexual, but also wish to explore their newfound sexualities with each other. 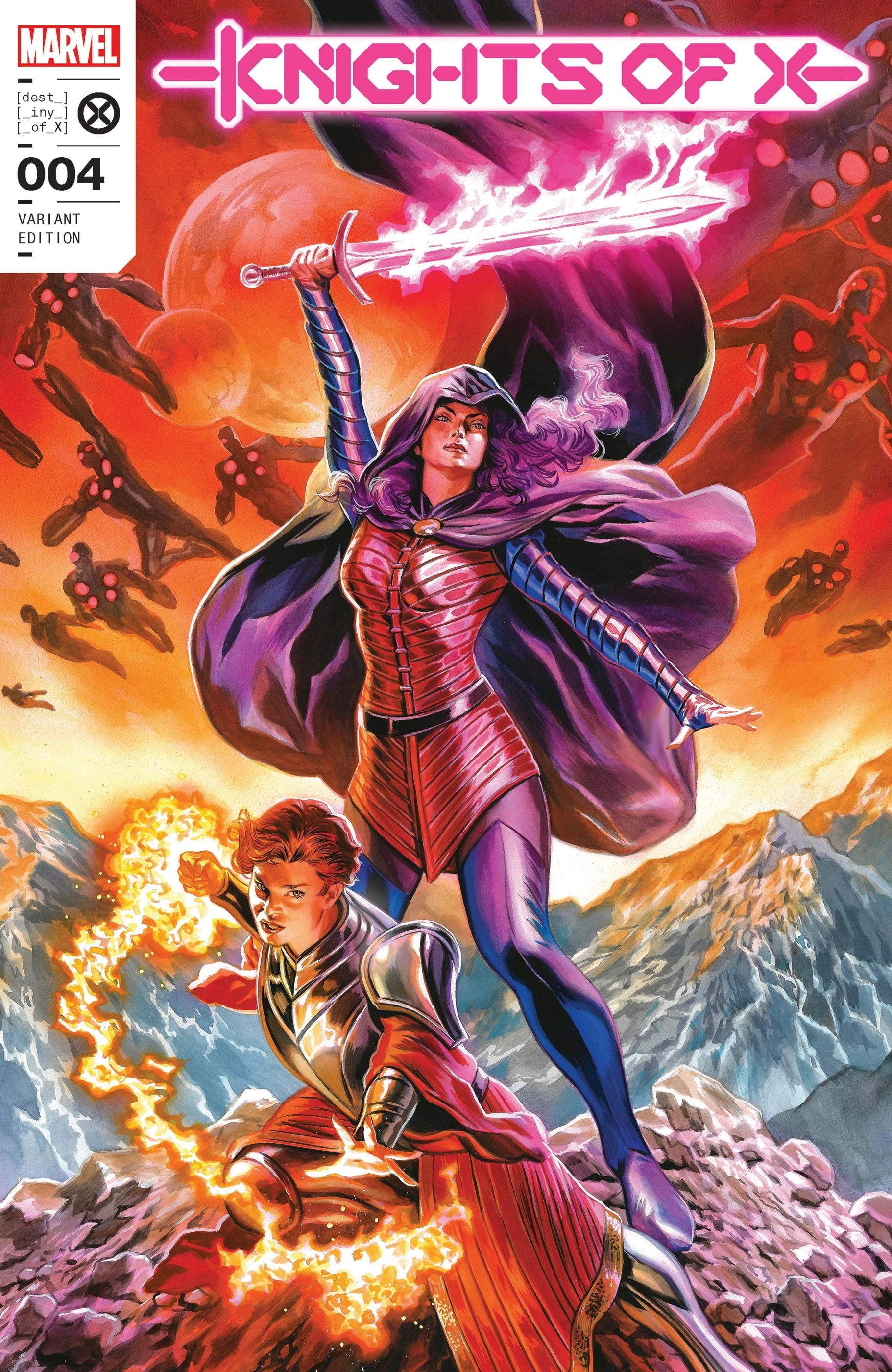 Penned by Tini Howard with art from Bob Quinn, Erick Arciniega, and Ariana Maher, Knights of X follows the exploits of the eponymous team as they attempt to both fight back against King Arthur and Merlyn’s recent coup of Otherworld as well as track down the Siege Perilous – a powerful artifact which allows one to be given a new life, free from any connection to their past – to give them an edge in the fight. 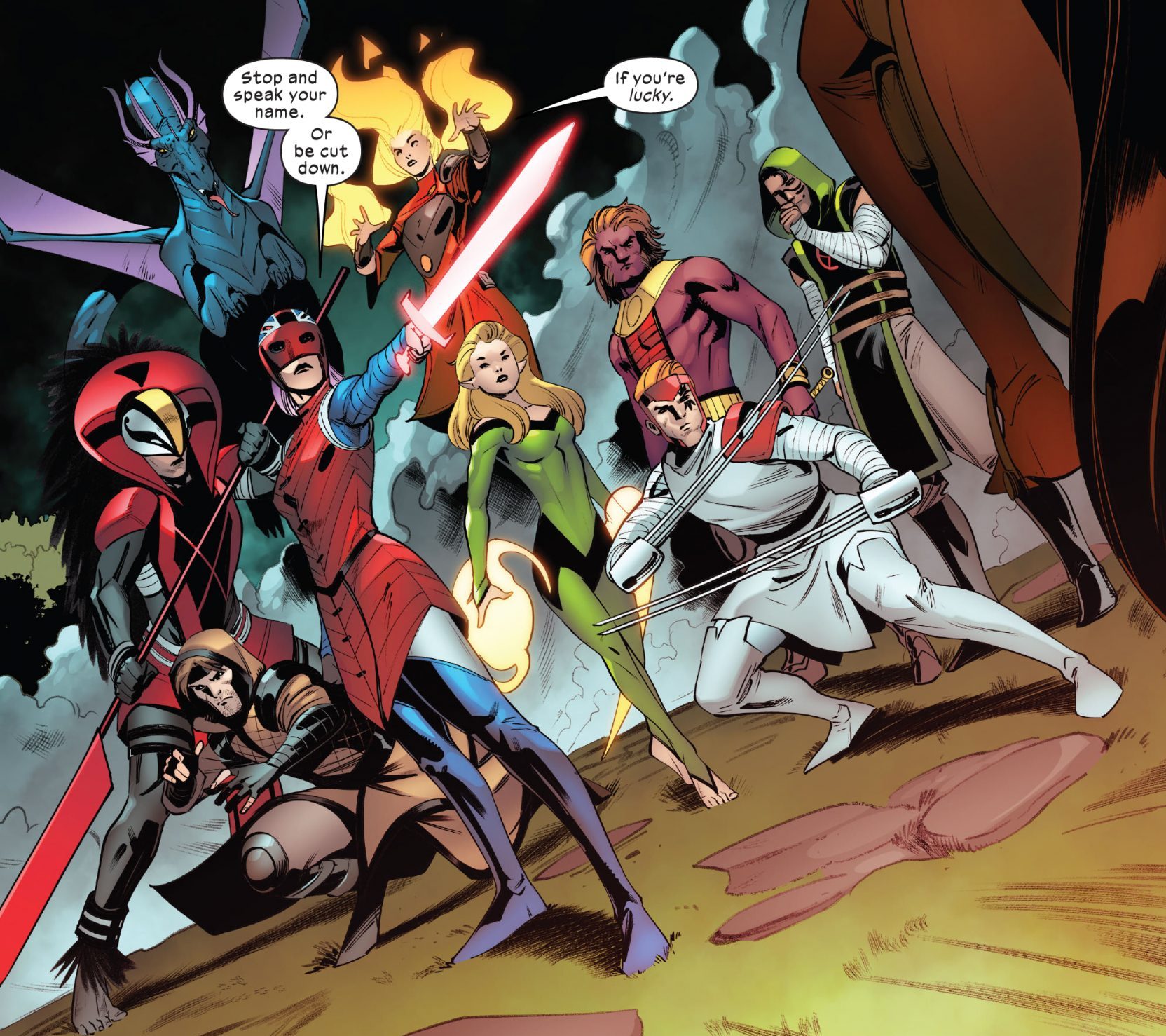 While an attraction between Betsy and Rachel has been hinted at throughout all three of Howard’s previously-released issues of Knights of X, such as when the two expressed worry over each other’s condition amidst a battle against King Arthur’s Sentinel-inspired Furies in issue #3, this fact was not officially confirmed until the series fourth issue.

Following Gambit’s death at the hands of Merlyn at the conclusion of the previous issue, Knights of X #4 finds the team retreating from the fight to the Mercator, where the Siege Perilous has become the land itself and forces them to face their innermost selves, in order to escape the wizard and regroup. 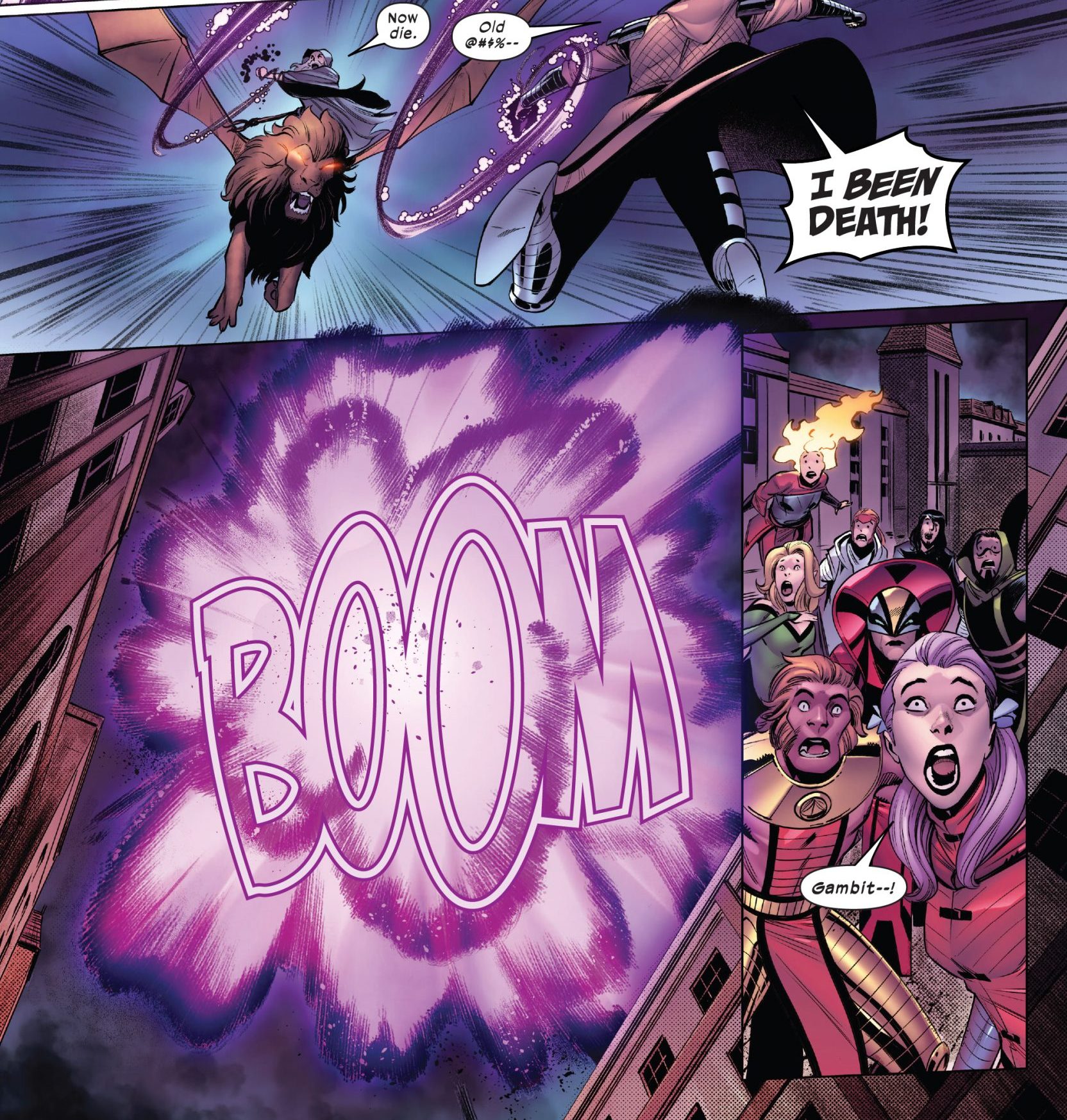 Unfortunately, upon their arrival, the team soon finds itself in the grip of the Mercator, with each member experiencing an individual hallucination relating to their sense of self.

Everyone that is, except Rachel, who after being informed by a vision of the team’s Otherworld ally Geraldine that “She needs you” races off to break her teammates free from the realm’s hold over their minds. 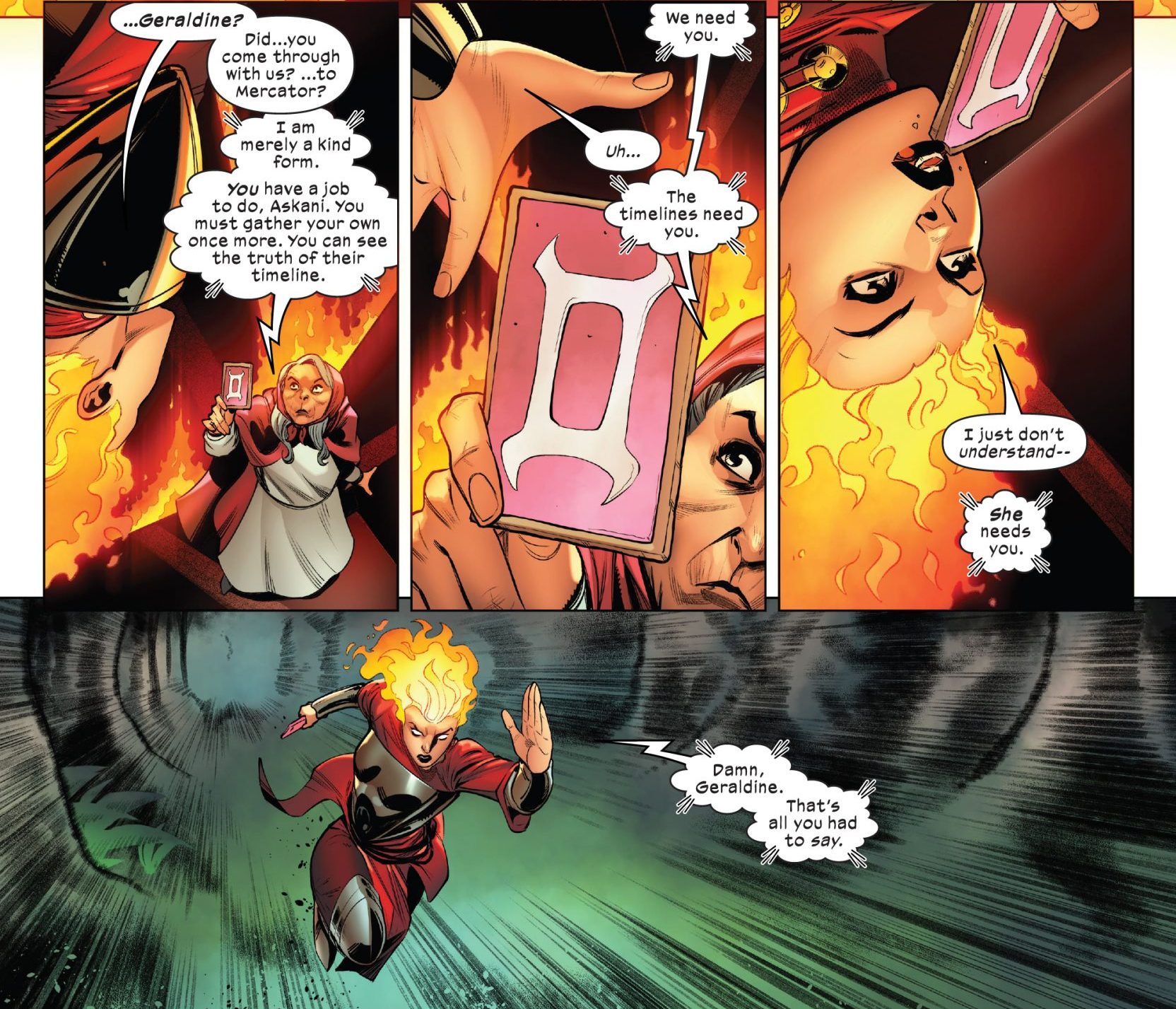 Reuniting everyone save Gambit, whose body did not cross over with the rest of the team, and Betsy, Rachel proceeds to send the latter a ‘mental flare’.

However, upon her arrival, the purple-haired heroine finds Rachel reacting to her safe return with a distressed expression on her face, prompting her to ask, “Rachel, why are you looking at me like that?” 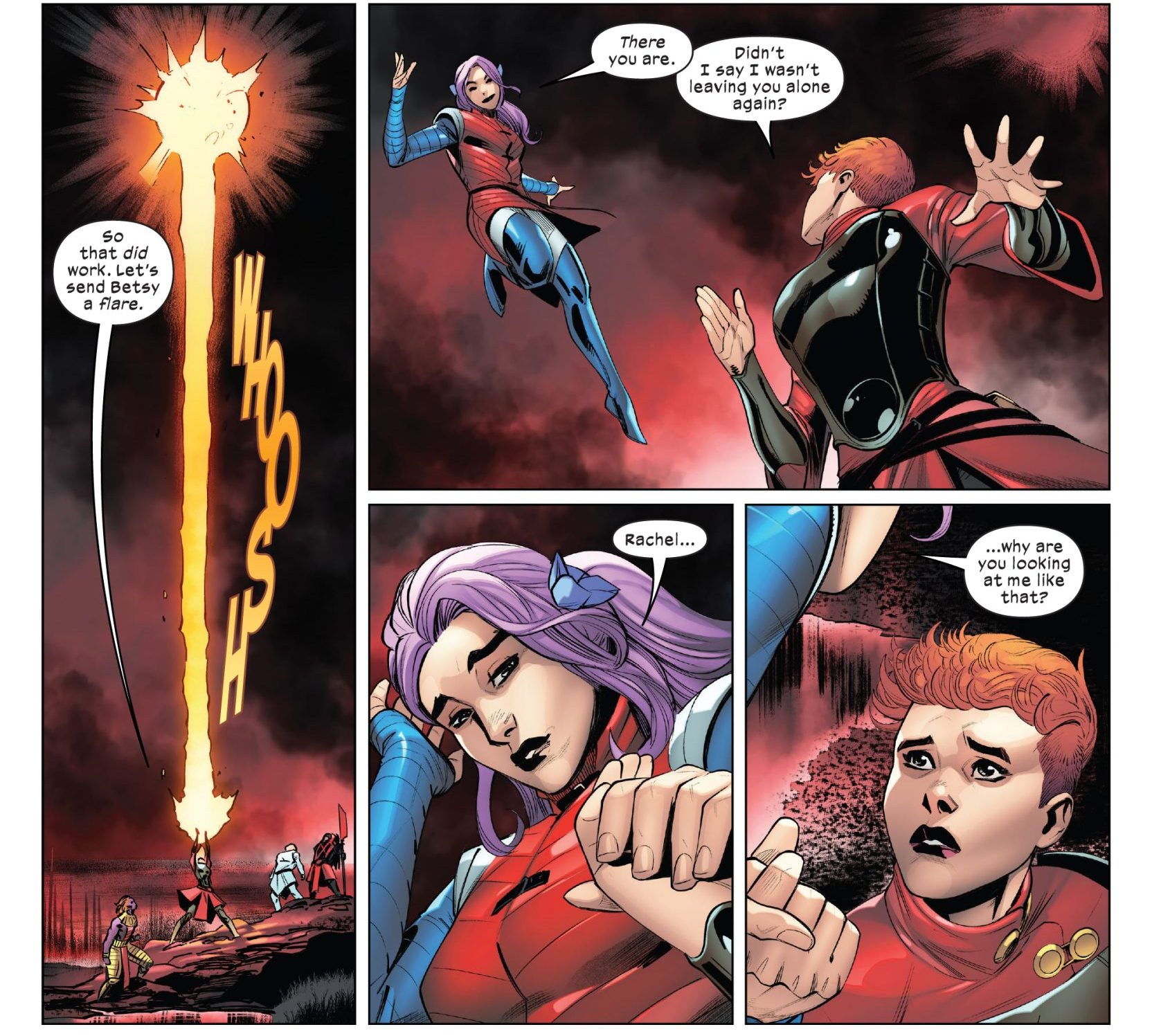 Choosing actions over words, Rachel responds by pulling in Betsy for a passionate kiss.

“Sorry, are those…rainbow…butterflies?” asks Rachel as she takes notice of their surroundings.

“Bit on the nose, Rach,” jokes Betsy back, only for Absolon Mercator himself to reveal that “those are with me”, apologize for the interruption, and warn them of Merlyn’s oncoming approach. 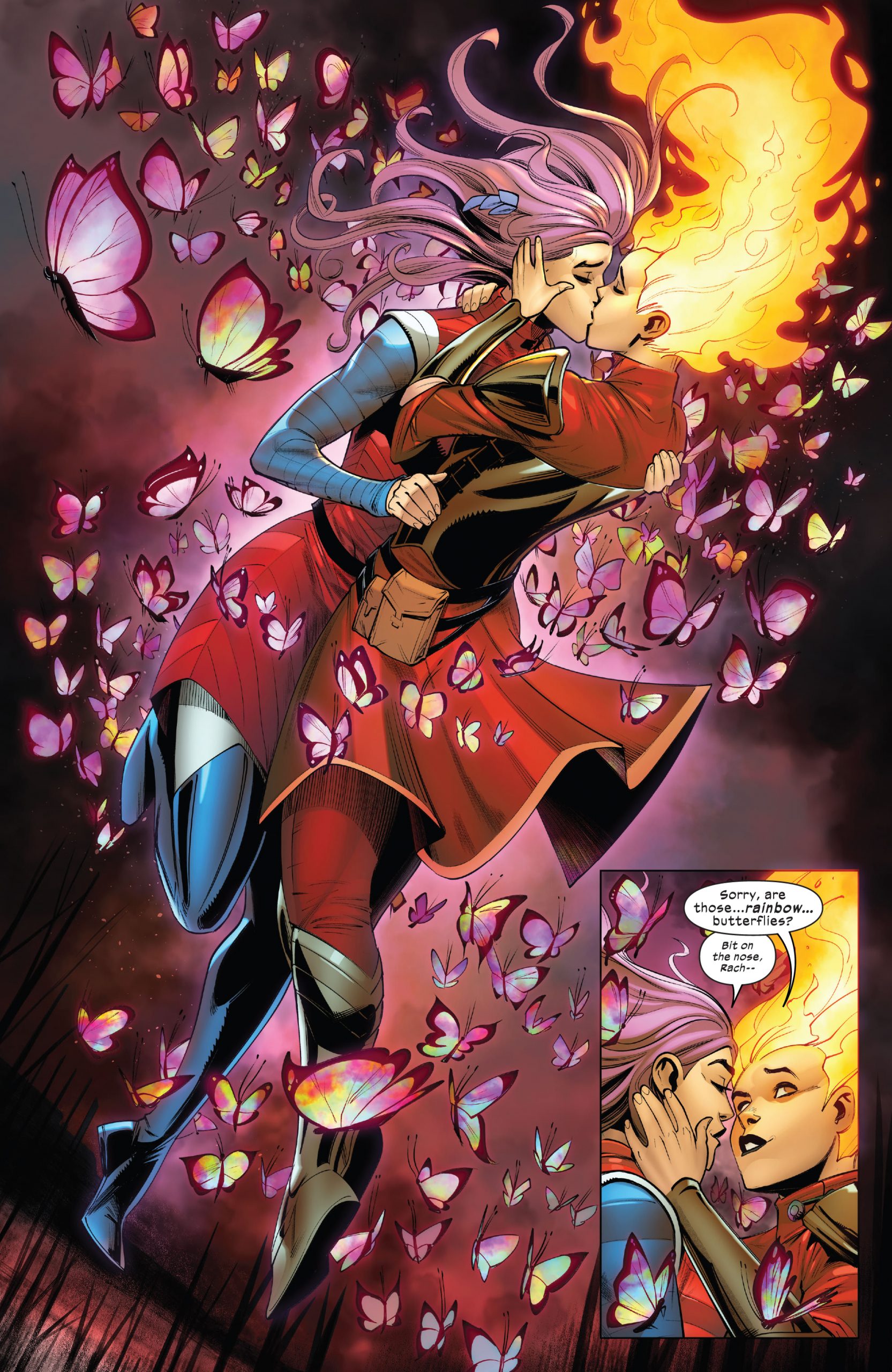 It should be noted that prior to Knights of X #4, Rachel has never shown an explicit romantic or sexual interest in women.

Though iconic X-Men writer Chris Claremont has admitted that he had intended to canonize a relationship between Kitty Pryde and Rachel during his run with Marvel’s merry band of mutants, this development never came to pass, and as such Rachel has only been depicted as only ever having an attraction towards men.

Most recently, the subject of Rachel and Nightcrawler’s mutual attraction to each other, as established by Claremont in his 2004 return to Uncanny X-Men, was touched upon in X-Men Gold Vol. 2, wherein the two entered into a brief relationship before the former broke things off. 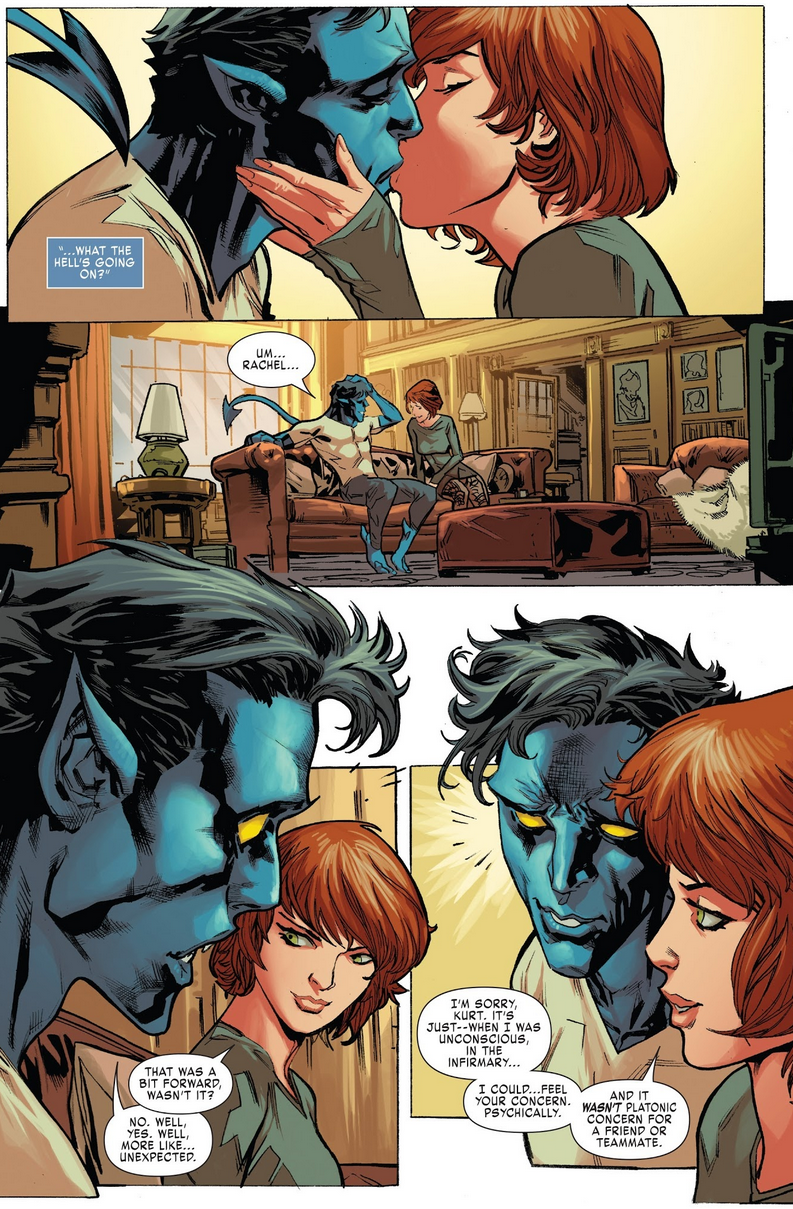 Likewise, Betsy has always been depicted as straight – with one complicated exception.

As some may remember, during her tenure on Wolverine’s revived X-Force black ops team, the X-Man-turned-hero-of-the-British-Isles found herself falling madly in love with one of her teammates, Fantomex. 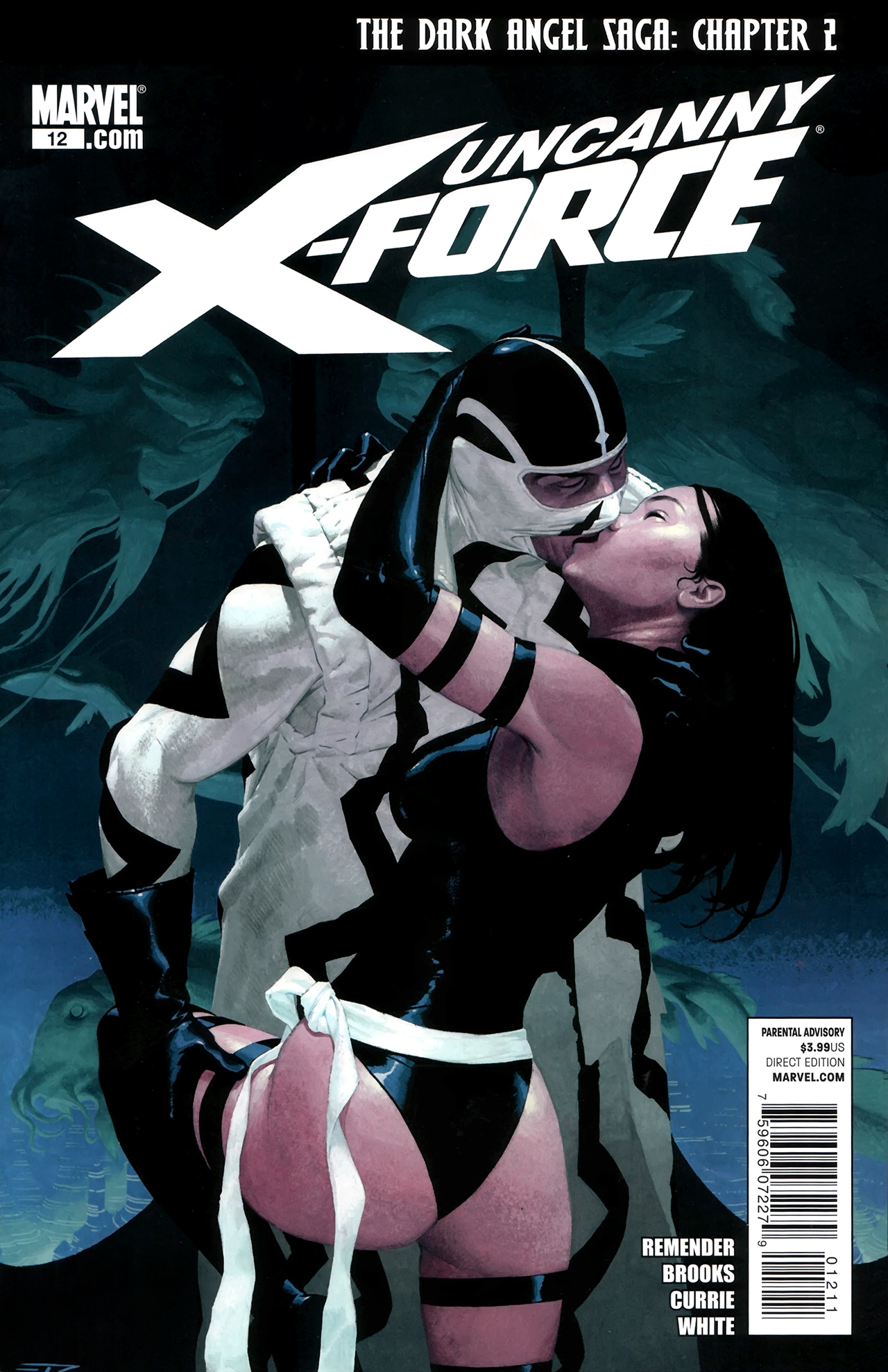 Sadly, during a confrontation between X-Force and Mystique’s then-newly revived Brotherhood of Evil Mutants, the French mutant is killed after sacrificing himself to the Skinless Man in order to afford Betsy the chance to escape his clutches.

Of course, this being the world of comic books – and the world of the X-Men in particular – Fantomex soon got over his brief case of the being deads. 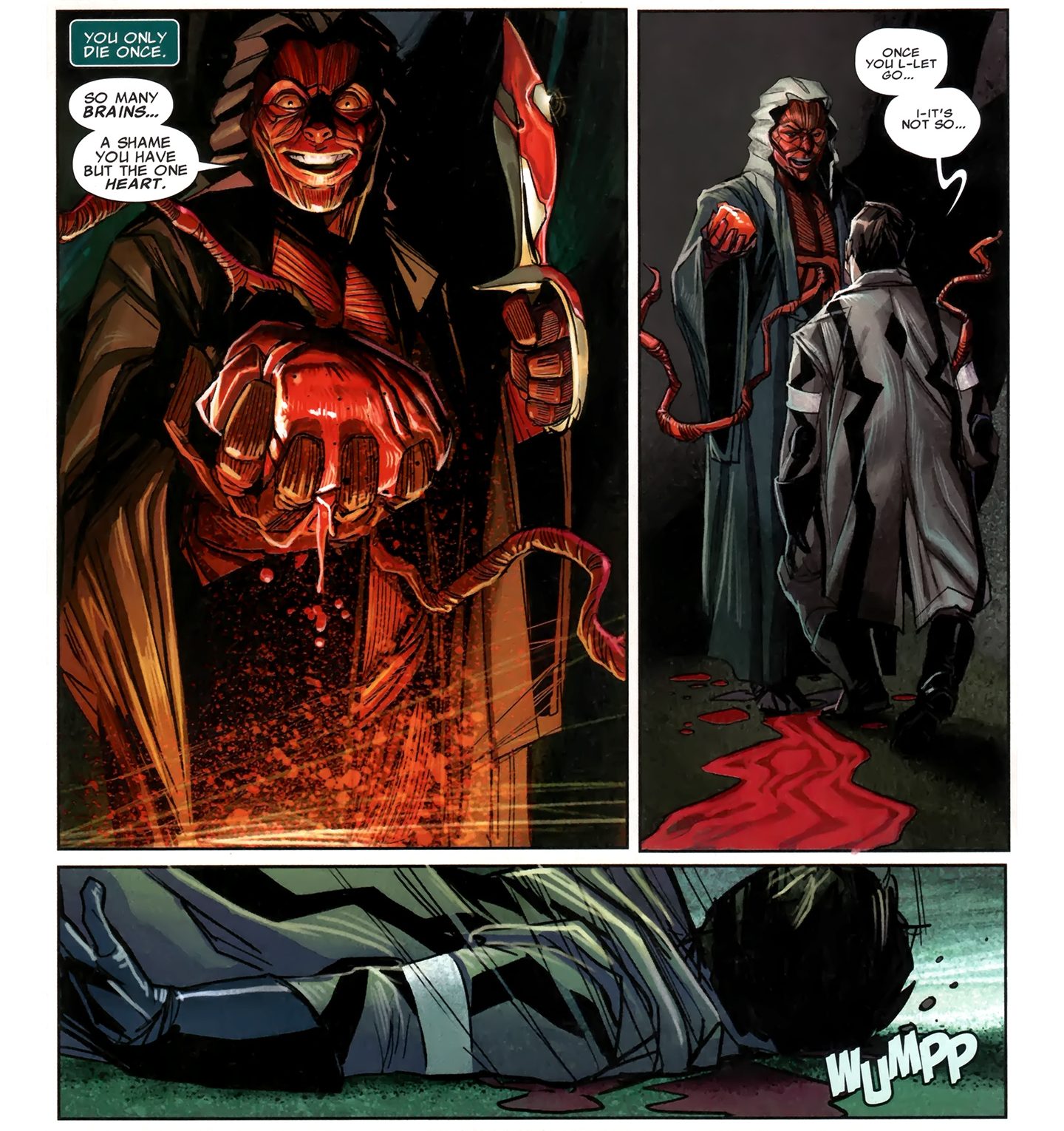 Shortly after defeating the Brotherhood, X-Force takes a detour to the White Sky’s criminal organization’s Cloud cloning facility and proceeds to use their technology to revive the gentleman mutant.

However, thanks to Deadpool’s premature starting of the cloning process, the Cloud read Fantomex’s unique three-in-one brain as belonging to the respective amount of individuals instead of a single person. 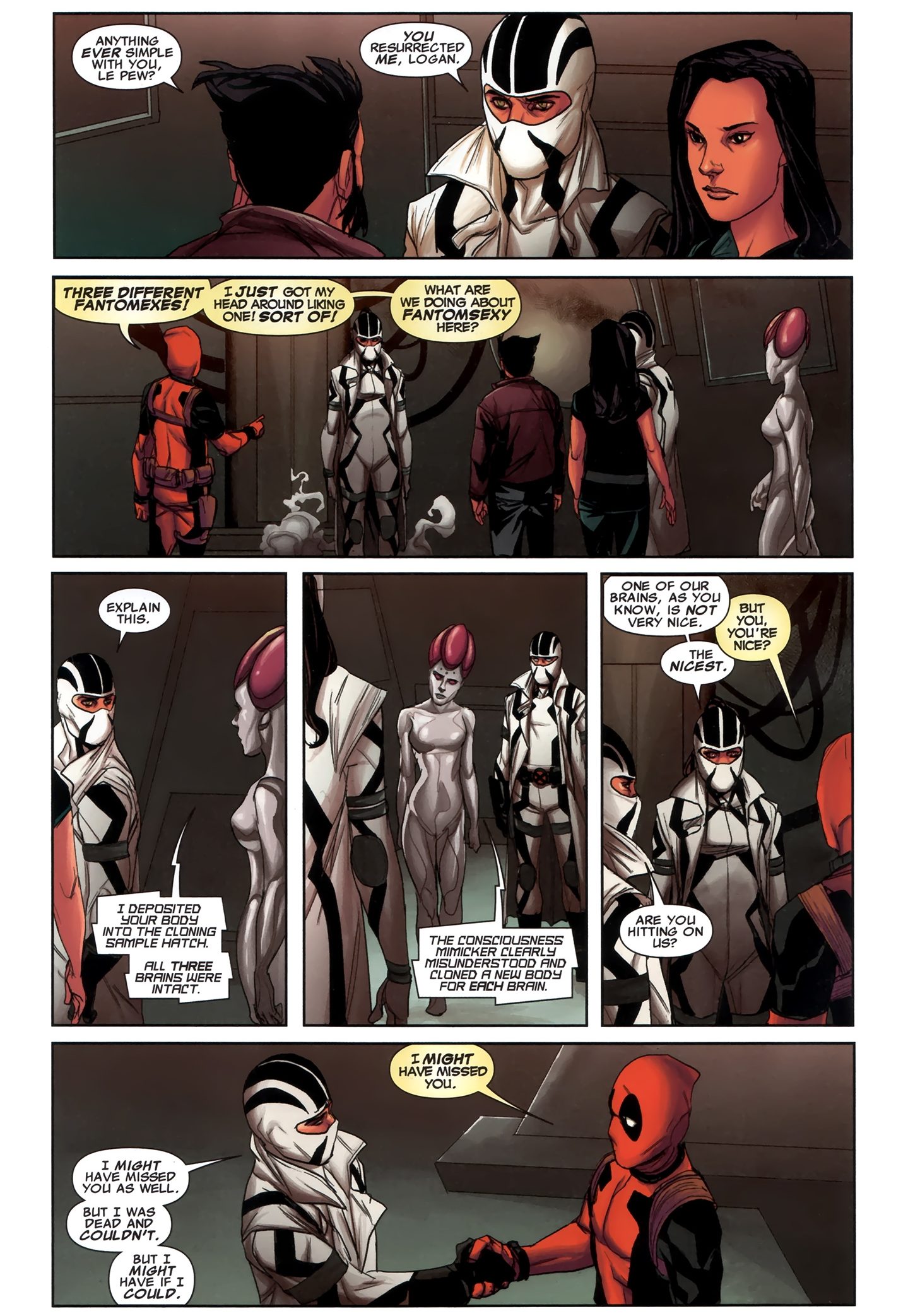 Thus, the Frenchman was reborn in three separate bodies as Fantomex, Lady Fantomex, and Dark Fantomex respectively, each embodying a different aspect of his being.

This strange splitting of Fantomex’s person soon led to confusion within Betsy – accelerated in no small part by Fantomex, who manipulated her emotions in order to allow him to use her as a scapegoat for his criminal plans – who thanks to her love of Fantomex as a whole, found herself having feelings for each individual manifestation of his personality.

Eventually, this strange love triangle would lead Betsy to engage in an extremely brief tryst with Lady Fantomex, who had received the more romantic side of her original’s mind. 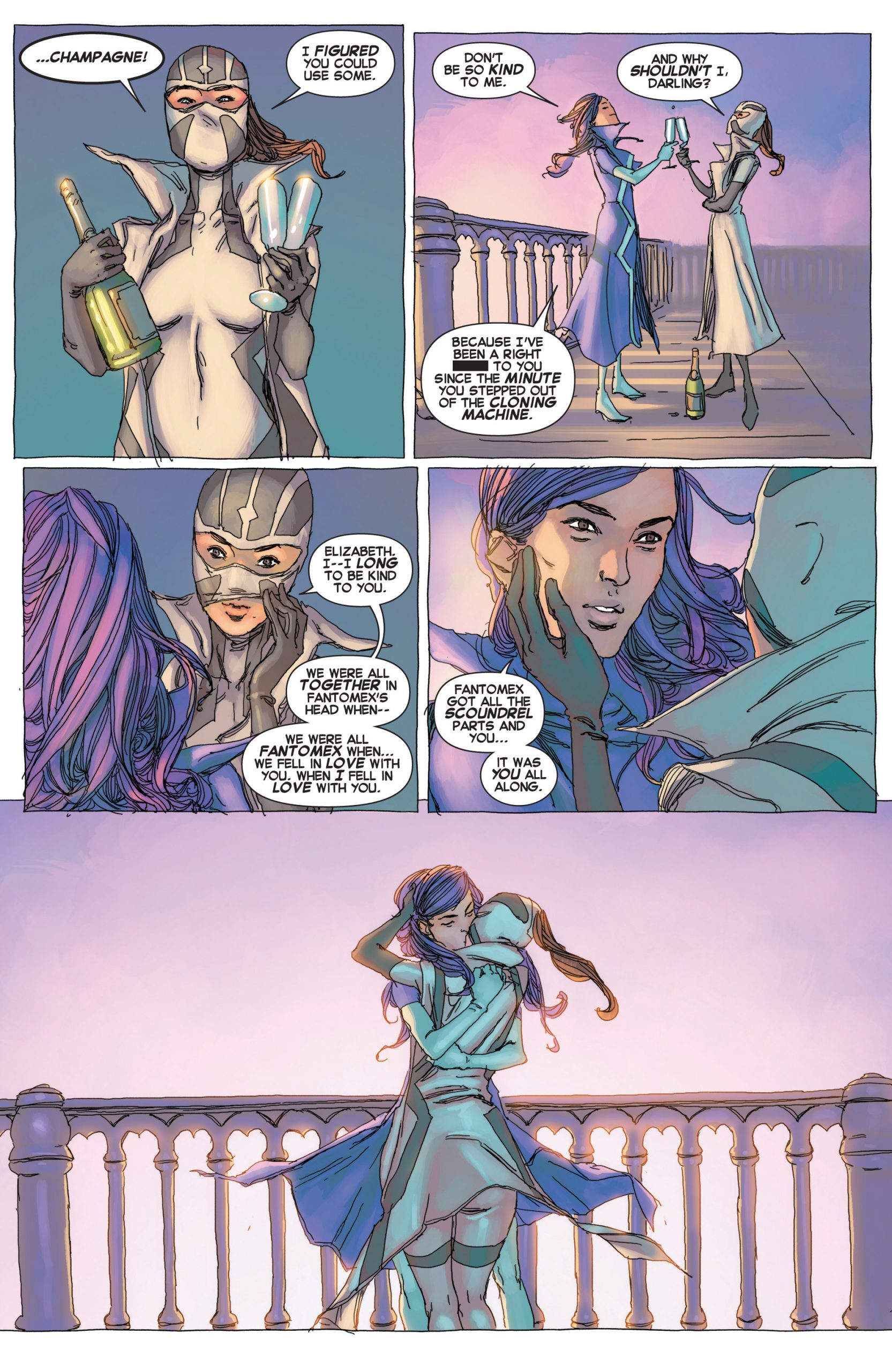 The entire unorthodox nature of Fantomex’s splitting leaves the question of Betsy’s sexuality in question, while Betsy did engage in a physical and emotional relationship with a woman, it was pursued more out of her initial love for the original version of Fantomex rather than any inherent lesbian feelings. 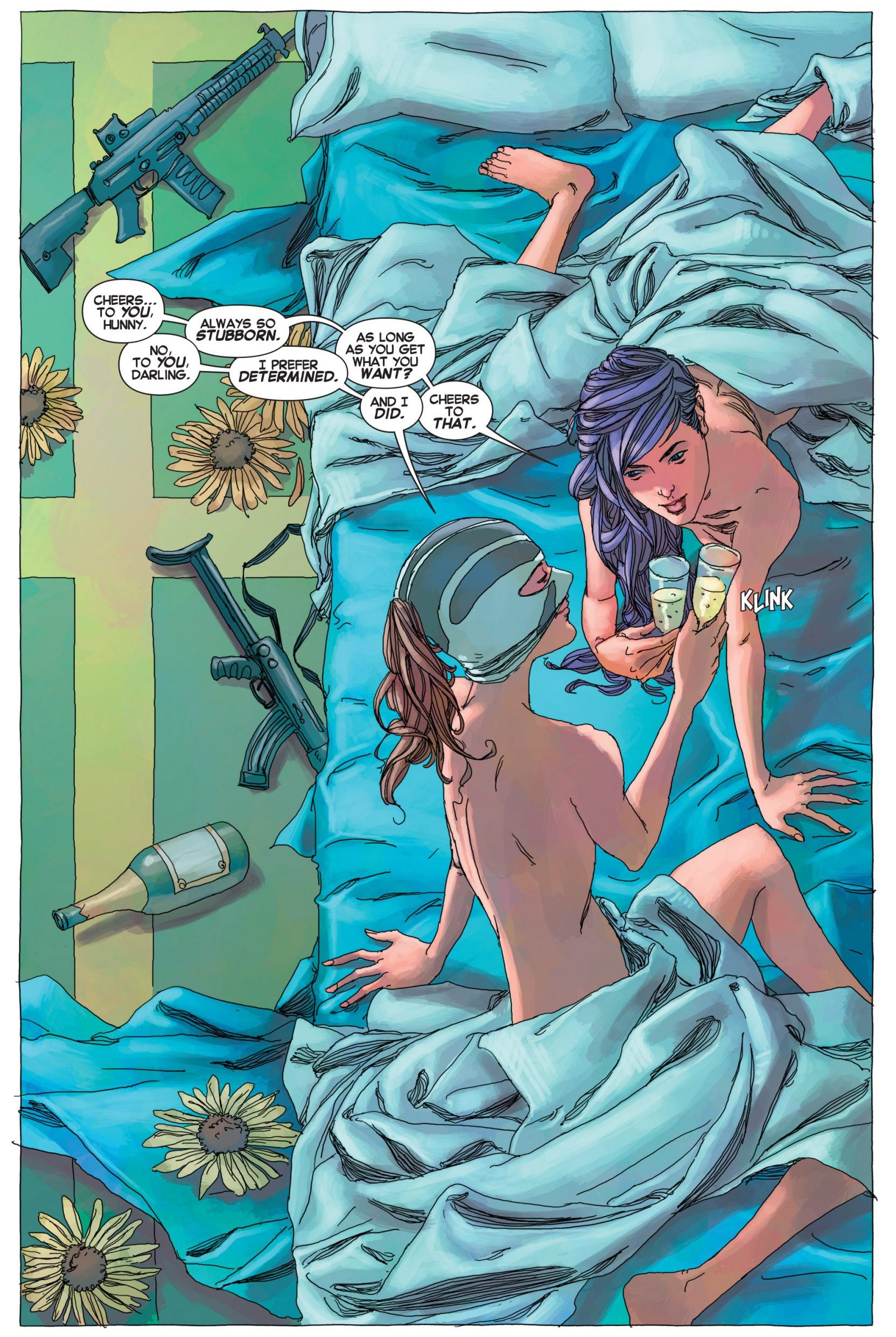 What do you make of this latest sexuality swap by Marvel? Let us know your thoughts on social media or in the comments down below!

NEXT: YouTuber Comics By Perch Says Low X-Men Sales Reveal “Definite Problems” At Marvel: “These Numbers Are Bad. This Is Not Healthy At All.”