After a recent viral video sparked accusations of racism against a Sesame Place costume actor, representatives for the theme park have promised to put their employees through “bias training”. 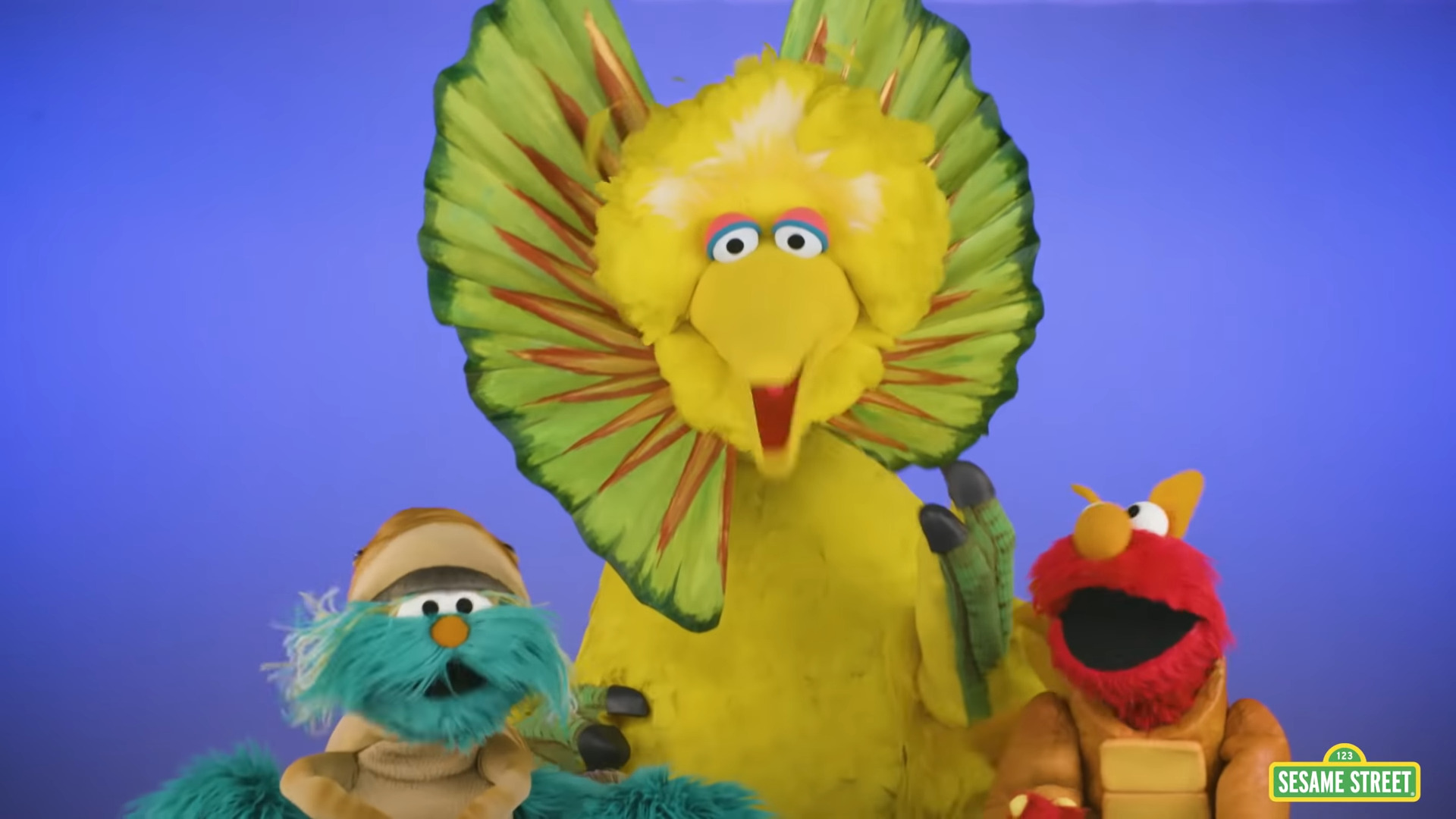 The video in question, as shared by Instagram user @__jodiii__, shows the woman’s two daughters at a Sesame Street parade at the park’s Philadelphia, Pennsylvania location waiting to greet some of the park’s costumed characters.

As an actor dressed as Rosita begins to walk by, the two girls step forward in an attempt to receive a hug or high-five from the actor. However, the person playing Rosita rejects their approach, shaking her head ‘No’ and walking away.

“I’m going to keep posting this, because this had me hot,” wrote Jodi in the caption to her video. “We were on our way out of sesame place and the kids wanted to stop to see the characters. THIS DISGUSTING person blatantly told our kids NO then proceeded to hug the little white girl next to us!”

“Then when I went to complain about it, they looking at me like I’m crazy,” she further recalled. “I asked the lady who the character was and I wanted to see a supervisor and she told me SHE DIDNT KNOW !! I will never step foot in @sesameplace ever again! And please feel free to repost this. Actually run me my money back, so mad I stopped the video but it got me so mad when he blatantly told them no”. 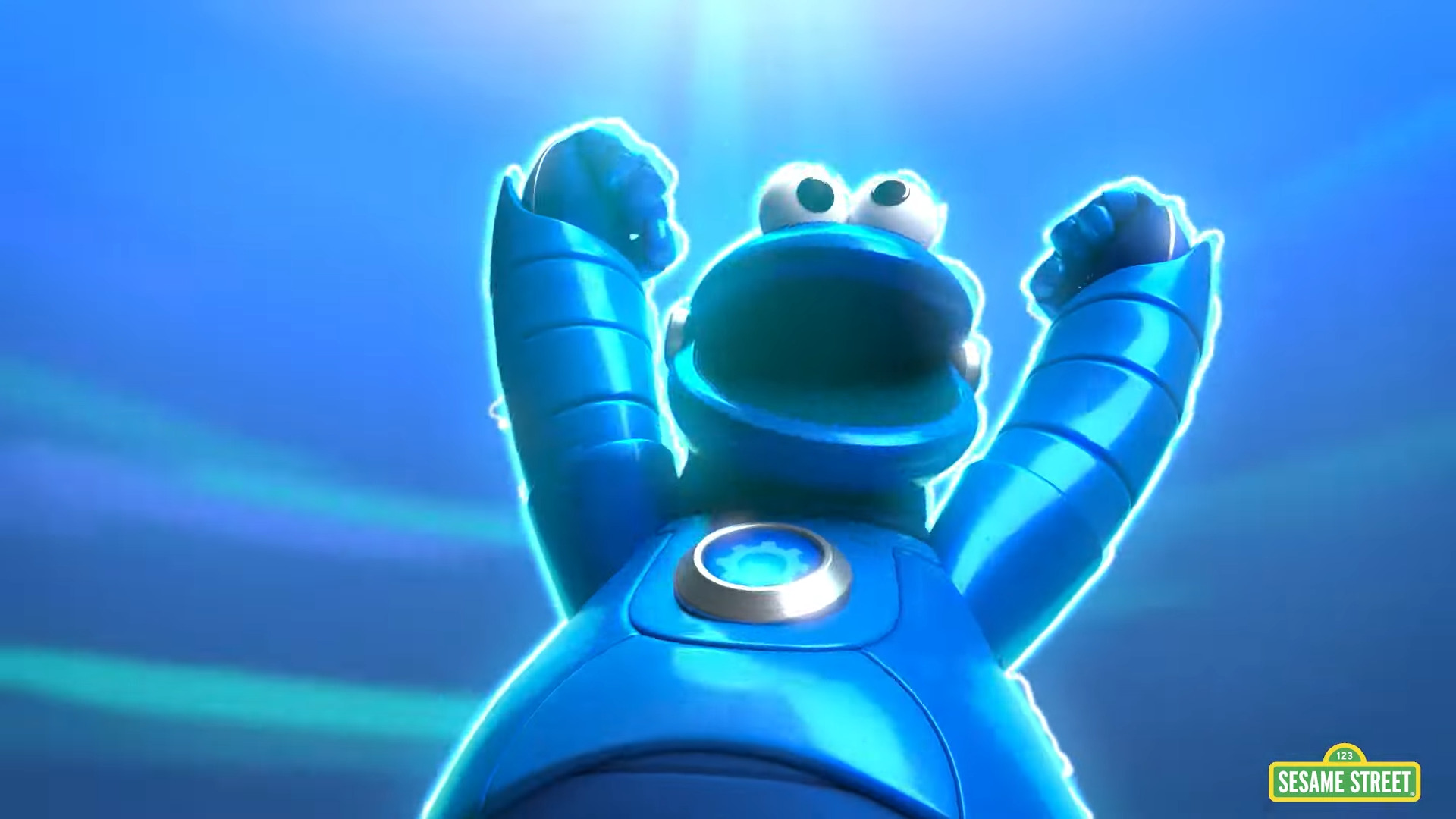 As of Tuesday morning, the original video had racked up more than 550,000 views, while a subsequent repost of the footage to Twitter has since gained over 9.2 million additional views.

Initially, Sesame Workshop, the non-profit entity behind the Sesame Street brand, attempted to downplay the recorded incident by maintaining that “the costumes our performers wear sometimes make it difficult to see at lower levels and sometimes our performers miss hug requests from guests.” 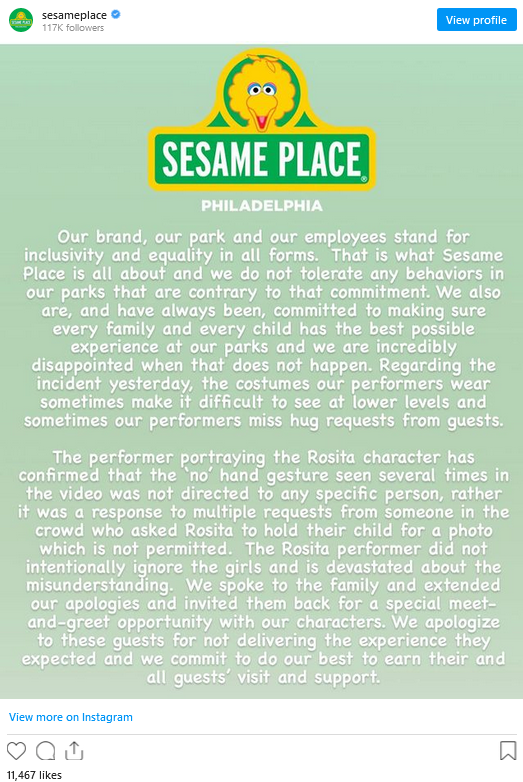 “The performer portraying the Rosita character has confirmed that the ‘no’ hand gesture seen several times in the video was not directed to any specific person, rather it was a response to multiple requests from someone in the crowd who asked Rosita to hold their child for a photo which is not permitted,” the company said in a post shared to the park’s official Instagram account.

“The Rosita performer did not intentionally ignore the girls and is devastated about the misunderstanding,” Sesame Workshops’ initial statement concluded. “We spoke to the family and extended our apologies and invited them back for a special meet-and-greet opportunity with our characters. We apologize to these guests for not delivering the experience they expected and we commit to do our best to earn their and all guests’ visit and support.” 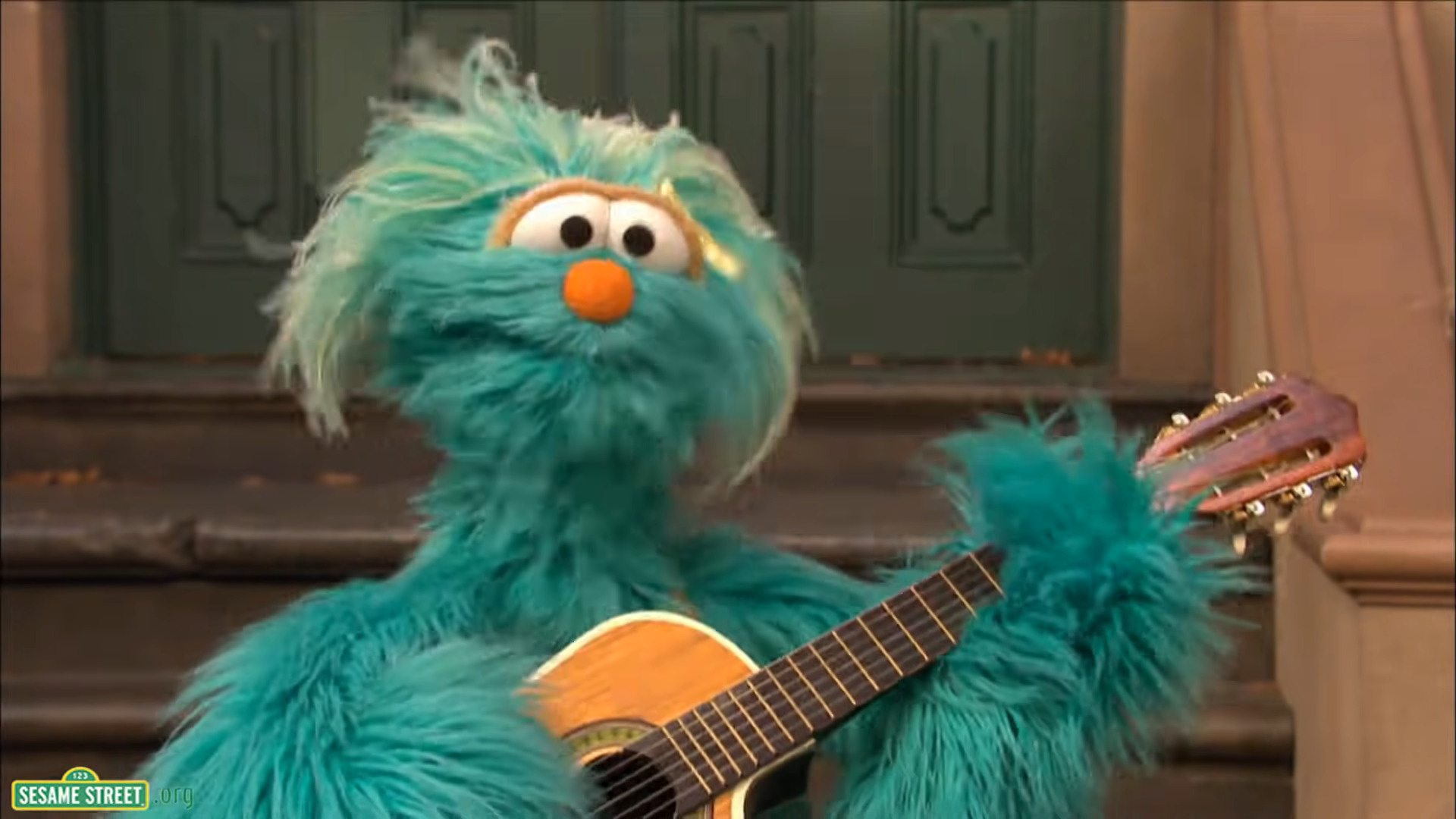 However, once celebrities such as Kelly Rowland, Audra McDonald, and Yvette Nicole Brown began reposting the video to their social media accounts, Sesame Workshop issued a follow-up statement declaring that “what these children experienced was unacceptable.”

“We hold our partners to the same high standards,” they noted, before ultimately promising that Sesame Workshop would “continue working with our long-term partner Sesame Place to ensure that appropriate actions are taken and that incidents like this do not happen in the future.” 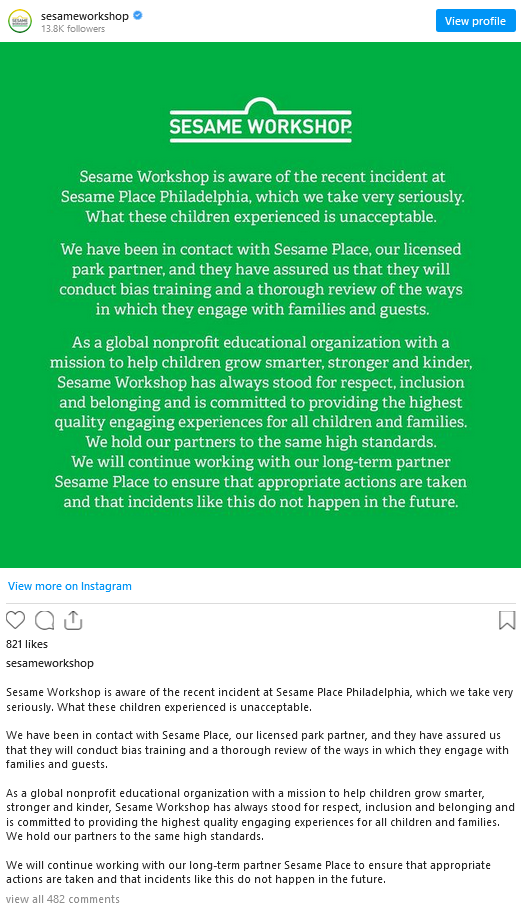 “We have been in contact with Sesame Place, our licensed park partner, and they have assured us that they will conduct bias training and a thorough review of the ways in which they engage with families and guests,” claimed the company. “As a global nonprofit educational organization with a mission to help children grow smarter, stronger and kinder, Sesame Workshop has always stood for respect, inclusion and belonging and is committed to providing the highest quality engaging experiences for all children and families.” 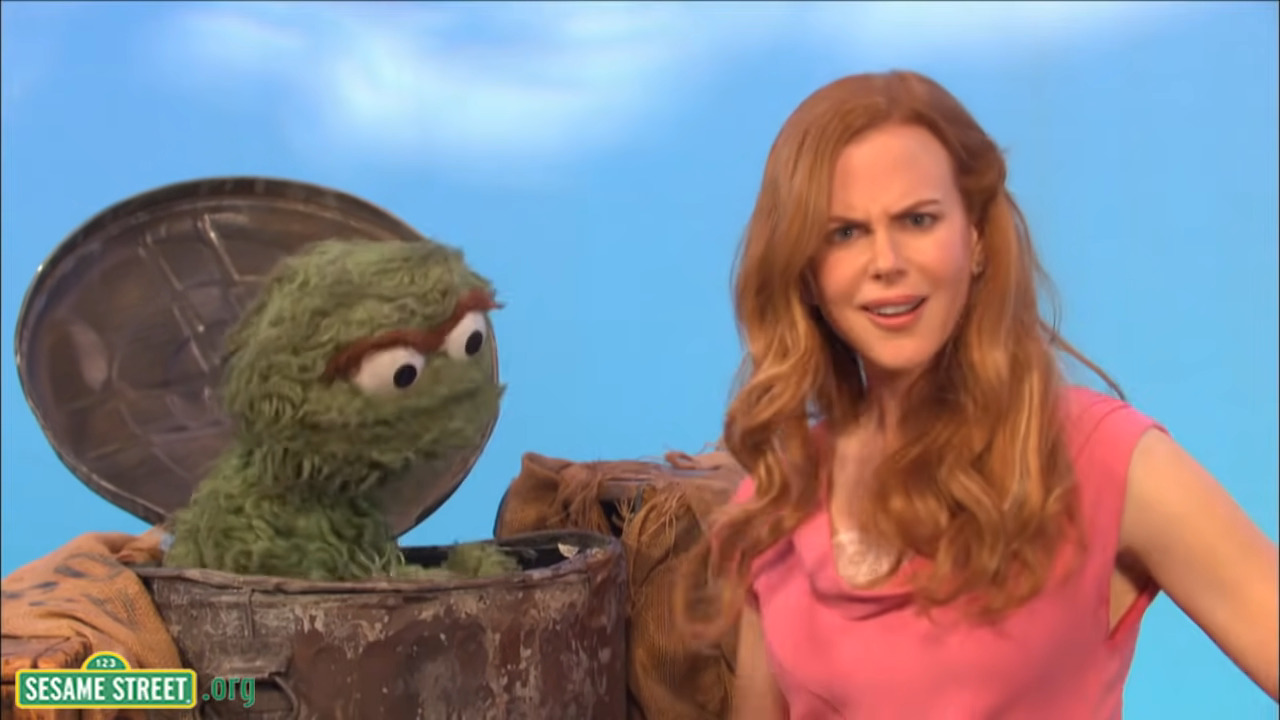 Following the original video going viral, the family retained the services of attorney B’Ivory LaMarr in anticipation of legal action against Sesame Workshop.

“I am pleased to announce I’ve been retained to represent the family of the (2) two African-American girls who were intentionally mistreated by a Seasame Place employee during a parade,” announced LaMarr through his personal Instagram page. 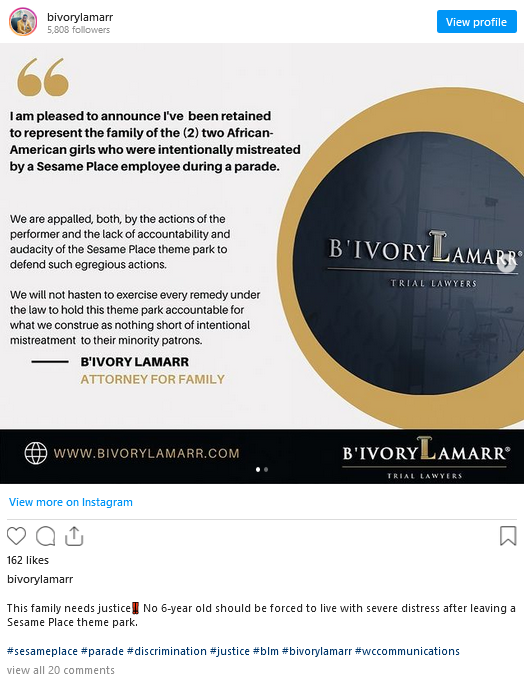 “We are appalled, both, by the actions of the performer and the lack of accountability and audacity of the Sesame Place theme park to defend such egregious actions,” he declared. “We will not hasten to exercise every every remedy under the law to hold this theme park accountable for what we construe as nothing short of intentional mistreatment to their minority patrons.”

Later speaking to TMZ, the attorney added, “While we hate to rush to judgment to consider ‘race’ as the motivating factor to explain the performer’s actions, such actions both before and after the young girl’s request only lead to one conclusion.” 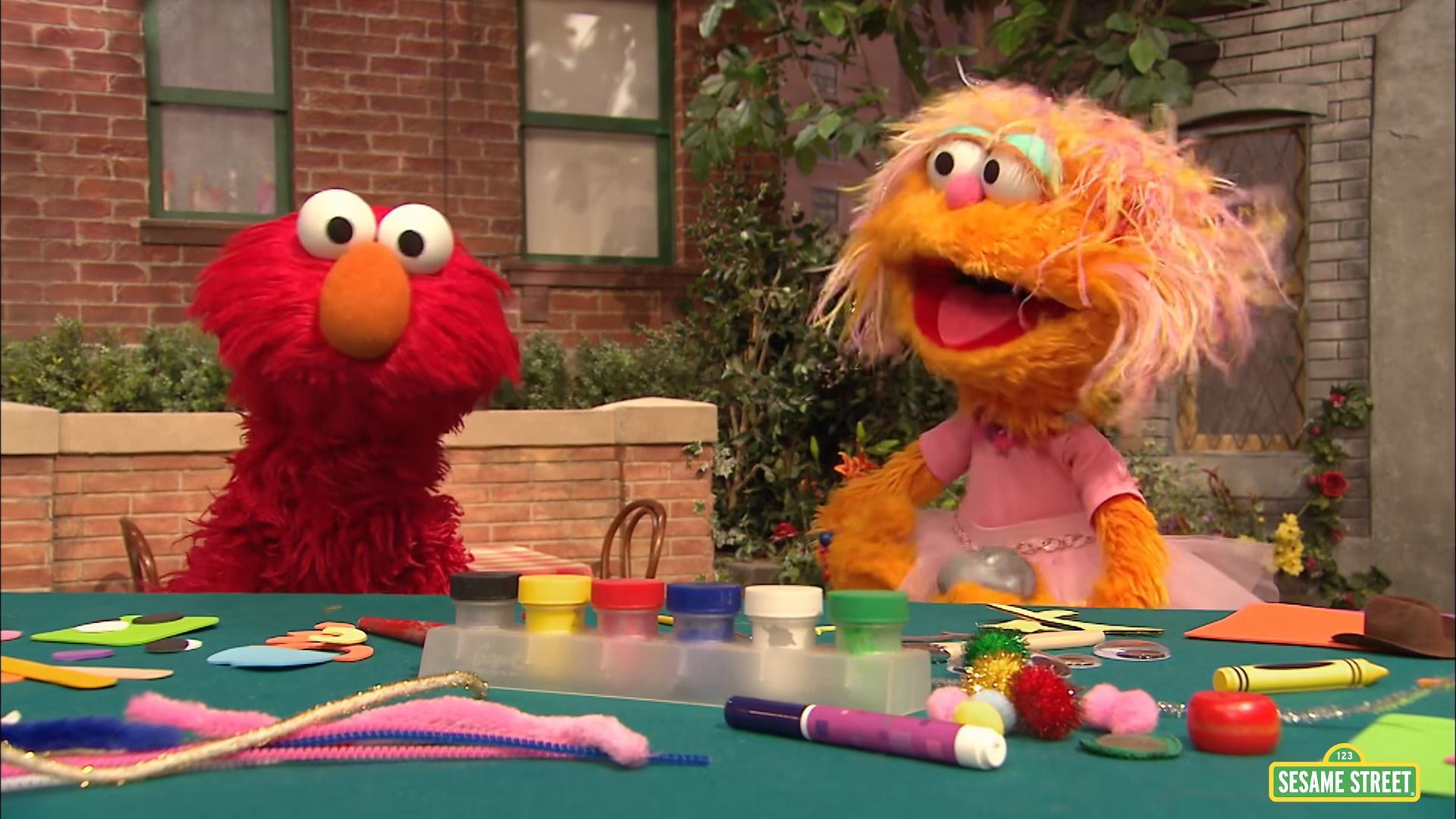 What are your thoughts on the incident at Sesame Place?

NEXT: Sega “Fixing A Variety of Issues” After Sonic Origins Launch Is Met With Subpar Player Reviews, Developer Rants, And Game-Breaking Glitches