For decades, the repeal of Roe v Wade was a pipedream for many in the pro-life community. No matter how hard they fought against the act of abortion, the reality of repealing the case that legalized the act of ending a child’s life on a federal level was an objective that many felt was out of reach. Then it happened. 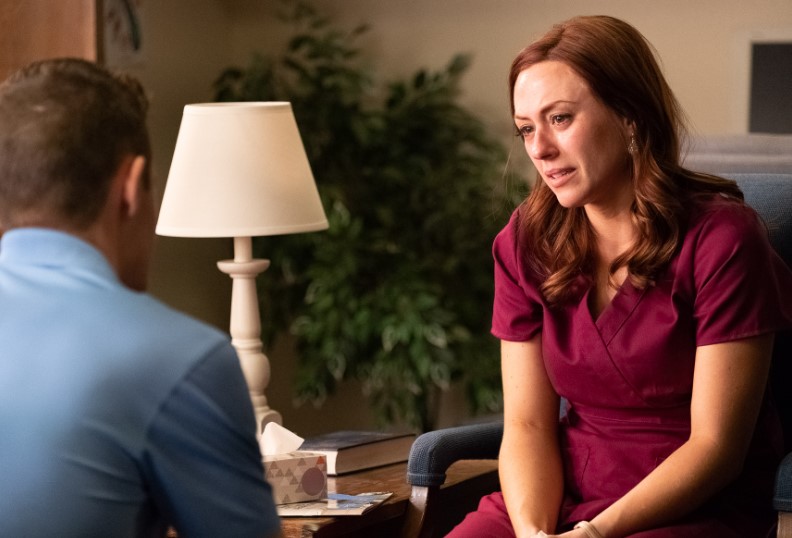 On June 24th, the Supreme Court of the United States overturned Roe v. Wade in a 6-3 decision that declared the “Constitution does not confer a right to abortion.” Individual states now have the power to allow, limit, or ban the practice altogether. For many in the pro-life community, what seems like a dream come true may not have happened without the assistance of a handful of movies that effectively changed the narrative on abortion.

In 2019, a film from Pure Flix Entertainment titled Unplanned was released starring actress Ashley Bratcher in the role of Abby Johnson, a Planned Parenthood worker turned pro-life activist after experiencing the truth of what happens behind closed doors in America’s #1 abortion facility.

For years, we debated on “a women’s right to choose” but we never went into detail about what that ‘choice’ was. Unplanned exposed the ugly truths of the abortion industry in a way that most people had been blind to for decades and members of the mainstream took notice and were not happy about it.

Outlets such as New York Magazine were so upset about the film that they told audiences that Unplanned was a movie that would get someone killed arguing that the film will drive right wing nuts to commit homicide at abortion clinics. Shockingly, their self-fulfilling prophecy failed to come into reality and instead heartbeat bills were crafted and passed in red states that banned abortion when the heartbeat of a baby is detected.

Without these heartbeat bills, there likely wouldn’t have been a strong push to repeal Roe v Wade. So how much influence did Unplanned have on overturning Roe v. Wade? To answer this question, I sat down with actress and pro-life activist Ashley Bratcher to get a better perspective on how her last four years reshaped the debate on abortion in America.

Jacob: When you took the role of Abby Johnson in Unplanned, did you ever think it (the film) would fundamentally change the debate on abortion in America?

Ashley: I always felt like Unplanned was special, but I could have never imagined the global impact it would have. We premiered at a time when New York was passing some of the most liberal abortion legislation to date, allowing for abortion through all 9 months of pregnancy. When we premiered, abortion had become a huge and heated debate across the US. I think a lot of people had their eyes opened to what really happens during a procedure after watching Unplanned. Those on the fence, specifically, were often greatly impacted by the film. I received numerous messages from people who had changed their mind about being prochoice or who had decided to keep their babies because of what they watched. 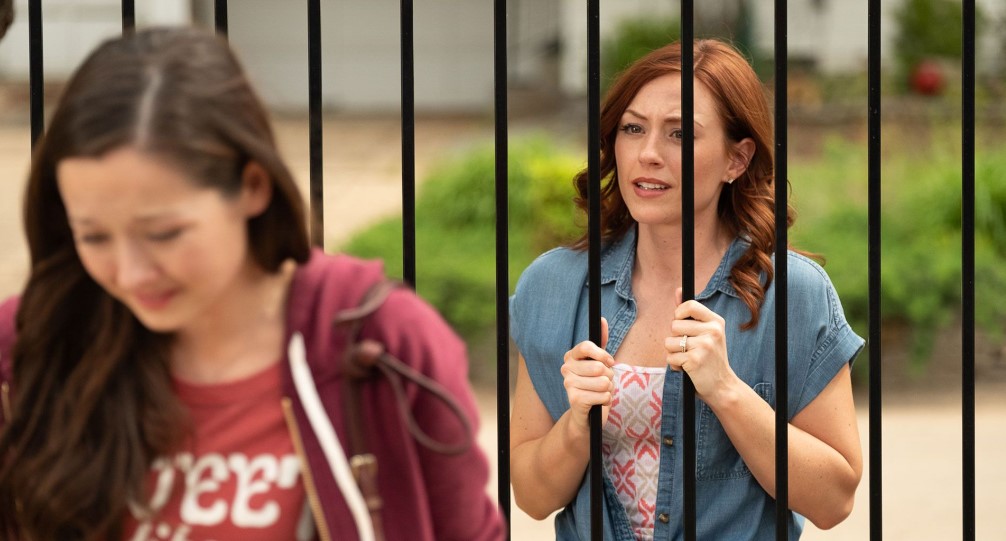 Jacob: When this film got released, people had only just begun to talk about heartbeat bills. Georgia was a major state that passed one. Did you feel that the tide was turning then?

Ashley: Absolutely. I also think that Unplanned became a great tool for the prolife movement because we were able to show the humanity of life within the womb, unfiltered. Most people had no idea what happens in an abortion. I was one of those people prior to doing the movie. My research for the role made it all much clearer to me. I’m also not so naïve as to discard the fact that abortion has been widely used as a political ploy for votes. Going into an election year, it was likely going to be a topic of discussion. That’s one thing I’ve never liked about the abortion debate. I firmly believe you can be prolife no matter where you fall on the political spectrum and I hate that politicians use it as a platform. We’ve seen many of them flip flop depending on where they are in their careers and campaigns.

Jacob: What impact do you feel movies such as Roe v Wade, Gosnell, and Unplanned had in successfully repealing Roe v Wade in the US?

Ashley: I think that movies play a huge role in impacting culture. Telling stories, especially true ones, is an incredible way to engage community and conversation. Because films like ours brought the subject to the big screen, I think a lot more people felt empowered to share their thoughts and that led to something much bigger. 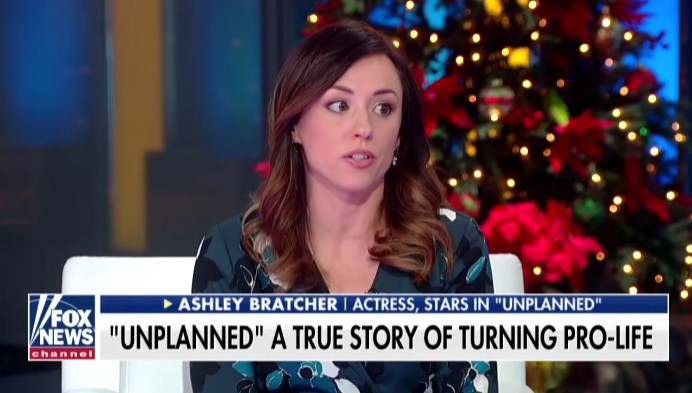 Jacob: What is the one aspect of these films that you credit for changing the narrative on the abortion issue?

Ashley: There are some things that you can’t unsee. The first 15 minutes of Unplanned are some of the hardest to watch, but they’re so important. There was no denying what was happening. You can’t argue with science or facts, it forced people to acknowledge what they were supporting.

Jacob: Shortly after your film Unplanned was released and was a box office success, Hollywood began to work on a film called Unpregnant which was a pro-abortion counter film to what you guys had accomplished. Where do you think your movie succeeded where their movie failed?

Ashley: One thing that I loved was that the Hollywood trades couldn’t ignore us. We had proven ourselves successful and they had to address what we had done. Almost all of the critical reviews I read were fueled by personal agendas and beliefs as opposed to true film critique surrounding story, character development, acting, etc. It became really clear that the majority of Hollywood held more liberal beliefs and wasn’t tolerant of something opposing that. Which is quite telling, given artists are meant to be some of the most tolerant. I felt like Abby’s story was an incredible journey. We didn’t villainize her work at Planned Parenthood. Abby really believed she was helping women and that was important to us. We also showed the ugly side of the prolife movement outside of abortion clinics. We stayed true to the course. Everything that happened in the movie was part of Abby’s personal experience. Whether people agreed with it or not, that was her account and her life, we just put it on the big screen. In terms of short comings, I feel like every movie has their own. It’s rare for a movie to tick every single perfect box. There are things I would have changed, but ultimately, as an actor, it’s my job to show up and perform to the best of my ability. The rest is in the hands of the directors and producers. After Unplanned released, it was interesting to watch others try to combat the seriousness of the issue. In my opinion, it’s never lighthearted, it’s not an easy decision. When films and television make light of it, I don’t think they’re doing women (or their characters) a service. From the overwhelming majority of accounts I’ve heard, women don’t want to have an abortion. They feel like it’s a last resort, not a first option. To tell a story to the contrary feels contrived.

Jacob:  Now that Roe v Wade has been overturned, has the feedback about your film been different than it was three years ago?

Ashley: Not necessarily. If anything, people are either watching it for the first time or expressing gratitude that it was ever made. It’s wild to think our work affected so many people, but it did. The stories continue to pour in years after our release.

Jacob: Is this now the most influential role of your career? How do you view this film after the Roe vs Wade repeal?

Ashley: Most certainly. This will be a hard role to top. No matter where my career goes, this will likely be one of the most fulfilling experiences in my career for the rest of my life. I have been able to travel the world sharing this movie and my own personal journey making it. It’s been a wild ride. The ongoing impact is also incredible. To know that my part in a movie convinced someone to keep their baby is beyond words. There are literally new lives walking this world because of what we did. I like to call them our “Unplanned Babies.” I hope that someday we hear the stories of what those babies grow up to accomplish. Since the overturn of Roe v. Wade, I’ve seen an uptick in people who are watching the movie. When heated discussions happen on social media, a lot of people will tag the movie, encouraging others to watch it. I think it works sometimes when people are open to a different perspective. Right now, abortion is top of mind again. So, it’s a relevant movie to watch. 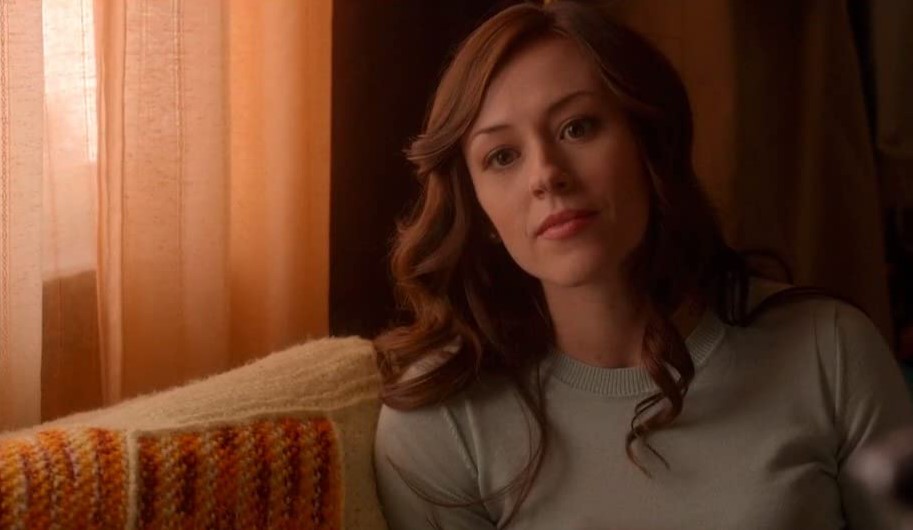 Ashley continues to work with prolife organizations such as Save the Storks that helps empower every woman facing an unplanned pregnancy. She has also partnered with Heartbeat International, the largest pregnancy help network in the world, to offer moms facing unplanned pregnancies educational scholarships so that they can continue pursuing their dreams while raising their babies via the Unplanned Movie Scholarship.