A video games journalist has insisted a character in Xenoblade Chronicles 3 is non-binary, and not without some bile and evidence suggesting it. 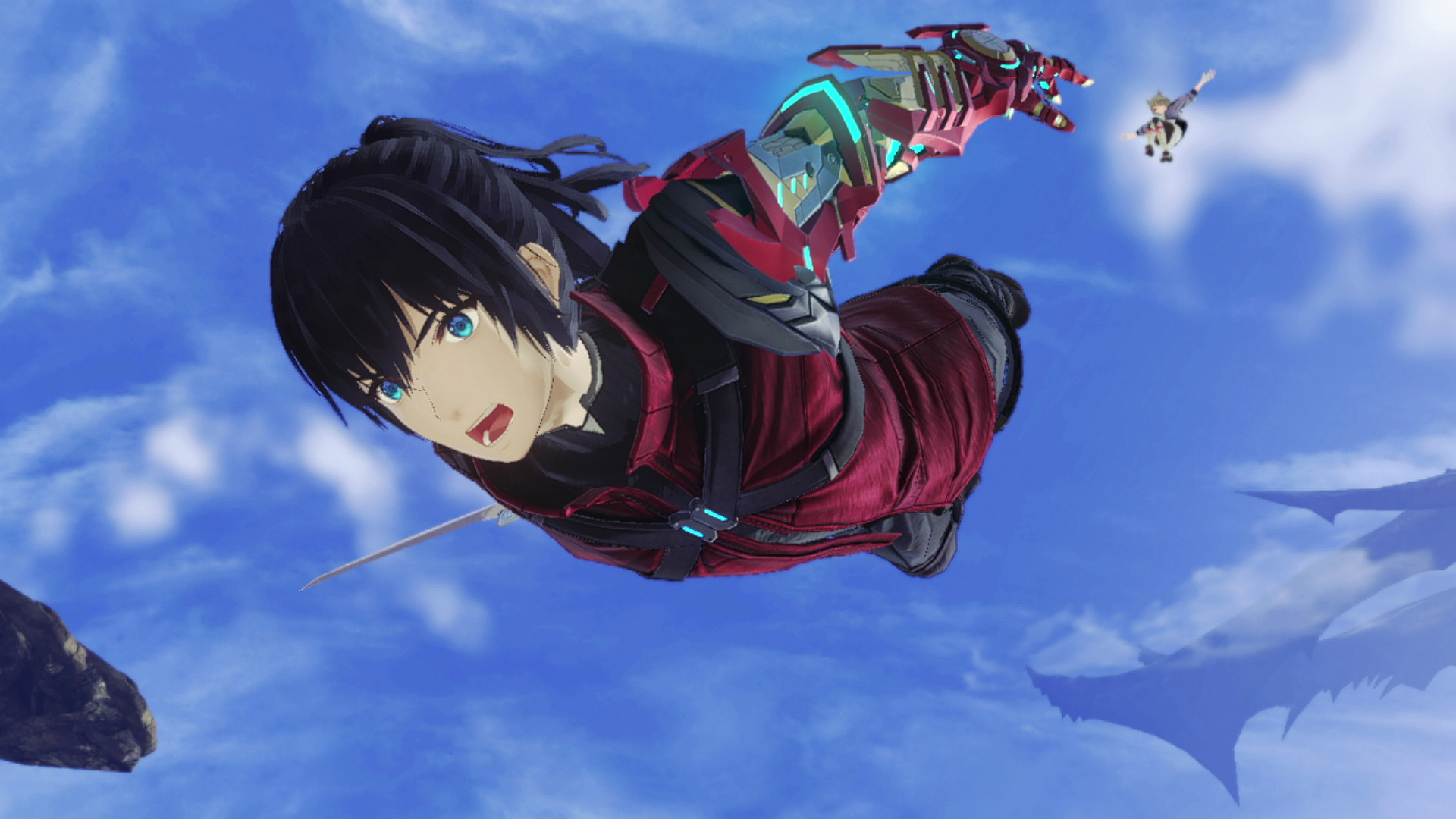 In the English gameplay (as noted in this video here), the character Juniper is seemingly referred to with they/them/their gender neutral pronouns. Despite only having had one meeting and hearing them speak once, Taion states, “About that archer? They seem quite the formidable opponent, to be sure…”

In context, “they” would still be the correct usage regardless of gender. Likewise, when Noah says “That’s true, but there was something else about them…” he then discusses the other soldiers Juniper ambushed with. However, later the gang speak to Juniper on her own, and agree to hear each other out. 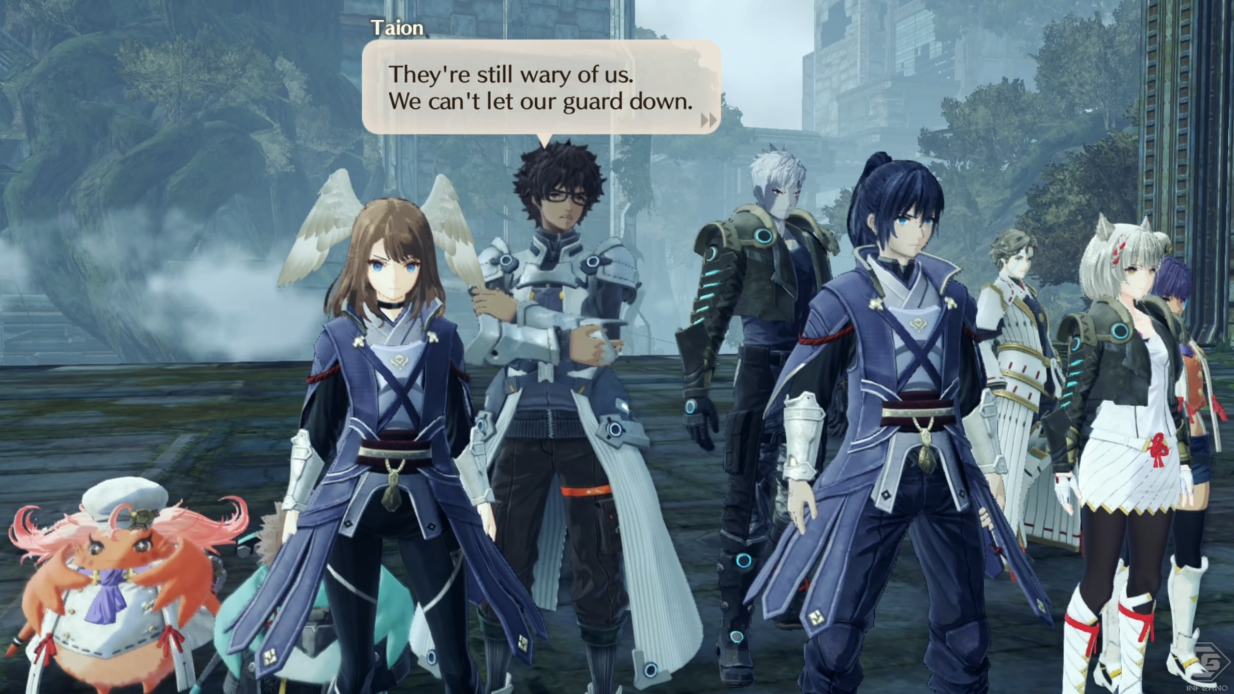 Taion says “They’re still wary of us, we can’t let our guard down.” While it could be argued the characters are unsure if Juniper is a young woman or even younger boy, no other dialogue from them suggests they had such doubts. They seemingly knew Juniper’s pronouns from their first meeting.

Further scenes with the character don’t have any pronouns brought up. Yet, other scenes show at least one male character, Kite, totally infatuated with Juniper. This would suggest a typical male/female crush that is initially one-sided and played for laughs, and Kite only objecting to his feelings due to Juniper being from Agnus, who are at war with his native Keves. 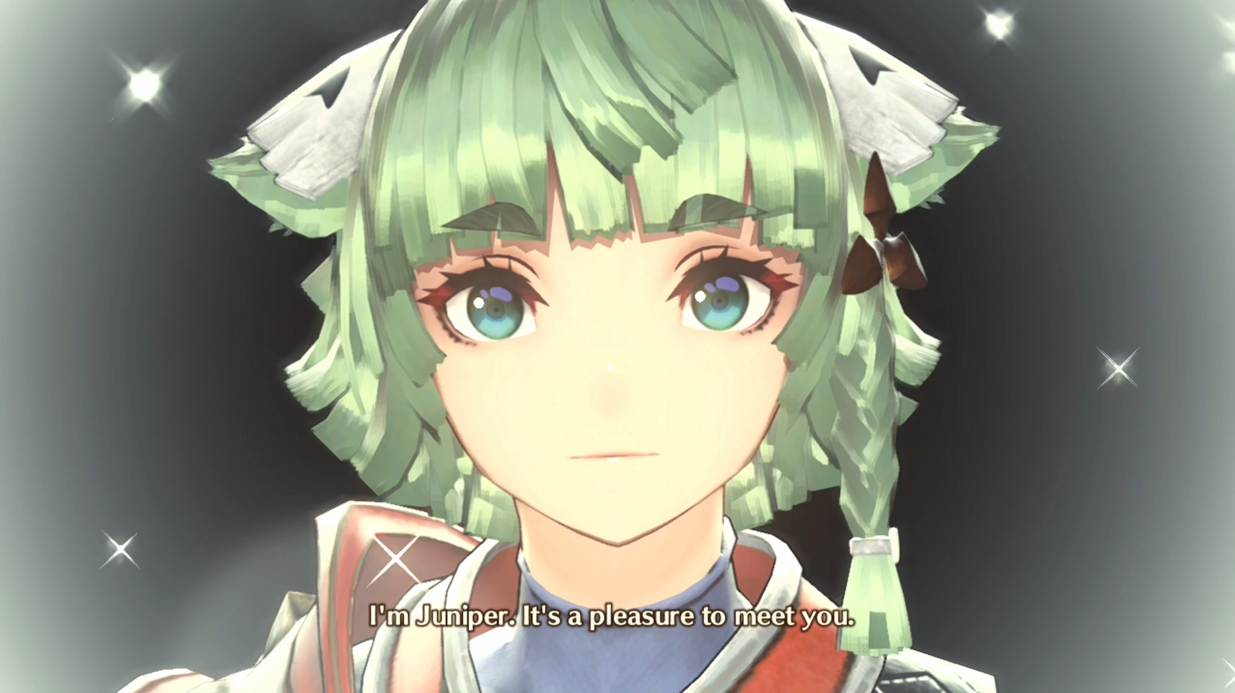 As the main focus of Kite’s conflicted feelings are Juniper’s nationality, rather than gender identity, it could be assumed Juniper is a woman in the Japanese version of the game. However, there is some evidence to suggest otherwise, which we’ll discuss later.

It’s worth pointing out in the English dub Juniper’s voice is provided by the non-binary Lilly Hart. Likewise, when promoting the game, the official Nintendo of America Twitter account used neutral pronouns when discussing Juniper.

“The bow-wielding Juniper is among the heroes who’ll lend you their aid in #XenobladeChronicles3. Hailing from Agnus, this agile forest dweller can stealthily eliminate foes and take advantage of an enemy’s blind spot to deliver a powerful blow!” 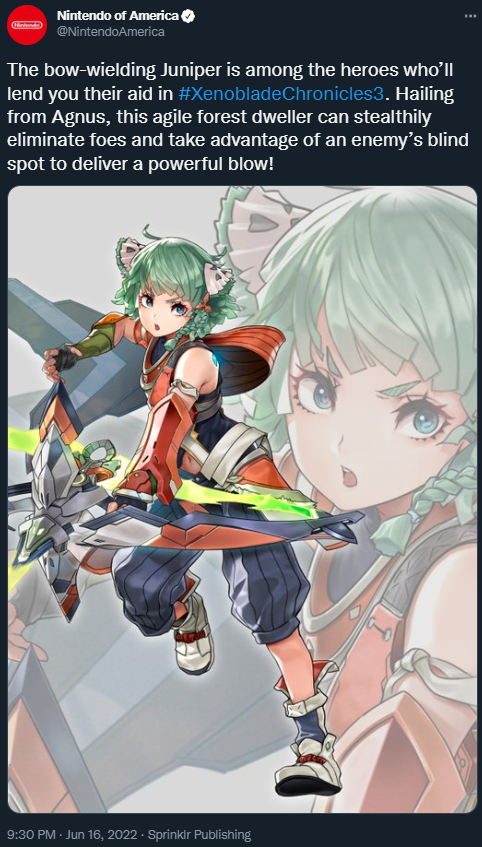 The game’s Fandom Wiki — which we emphasize is written by fans — also notes that in French, Taion refers to Juniper in the masculine or neutral sense, yet menu dialogue later uses the feminine form of “attacker.”

Discussion on the wiki page also claims that both German and Japanese dubs avoid using pronouns or use gender neutral pronouns respectively. The game’s official Japanese Twitter did briefly discuss Juniper. It should be noted the translation tool can produce erroneous results, especially with pronouns (mixing “he” and “she”). 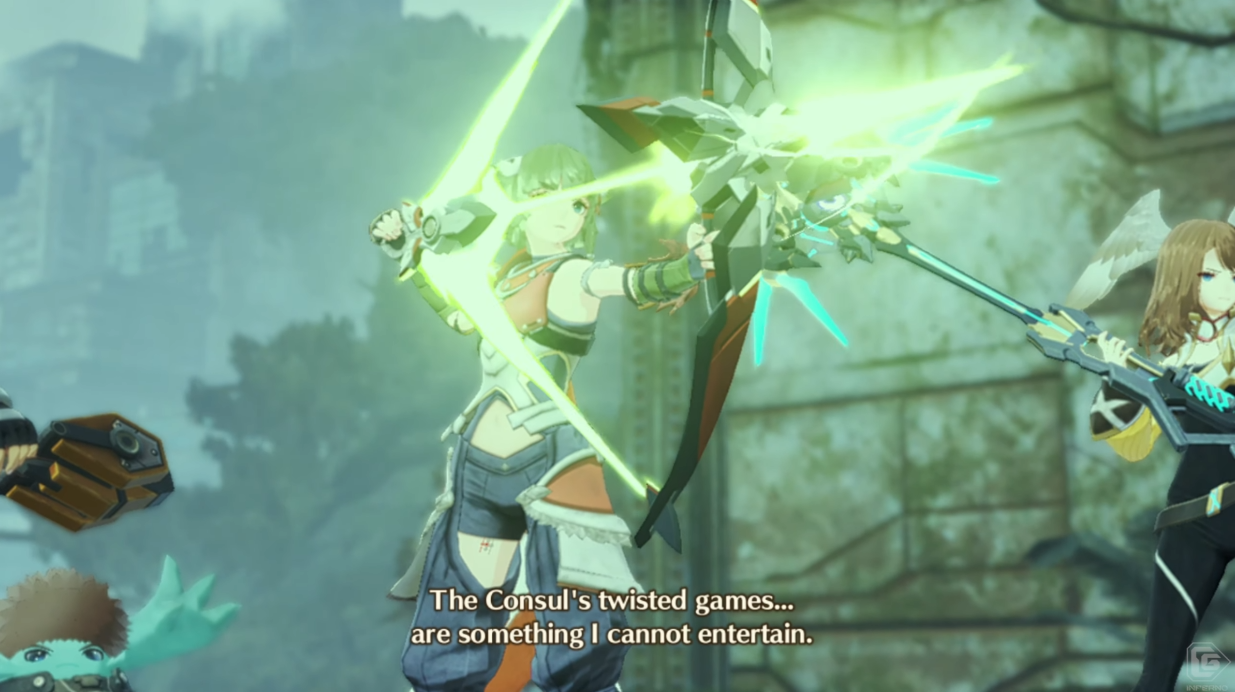 For example, under DeepL the tweet says “Perhaps because they usually live in the forest, Yuzuriha [Juniper’s Japanese name] are very agile and can move easily on trees and thin ropes! But that’s dangerous~! #Xenoblade3.”

Under Twitter’s inbuilt Google translate, it reads “Yuzuriha is very agile and can move swiftly on trees and thin ropes, probably because he usually lives in the forest! It’s dangerous! #ゼノブレイド3” instead. 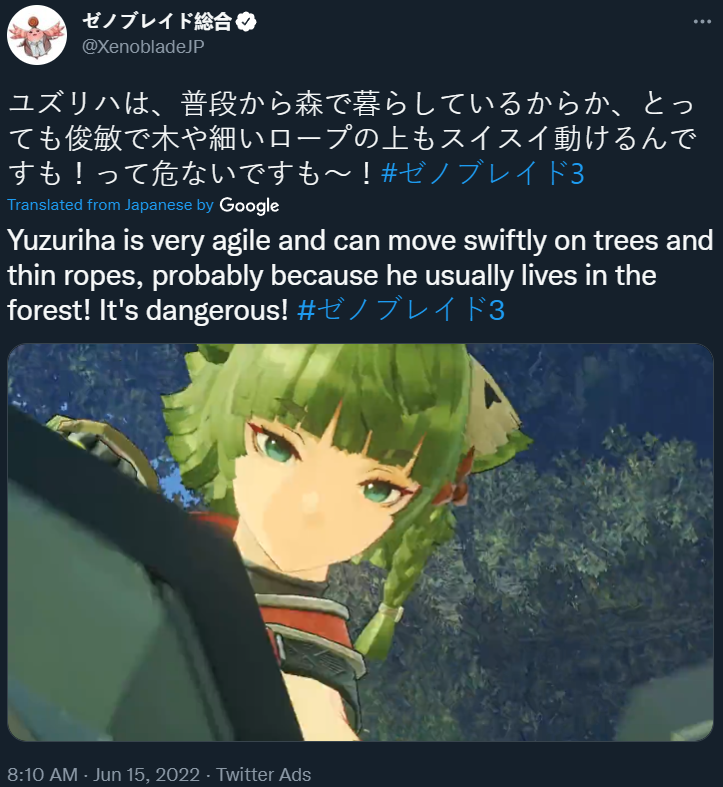 Speaking about the tweet prior to the game’s launch, YouTuber LightlicePlays noted “I don’t know why they [Google] have it like that, ‘cuz in Japan you use the word ‘kanajo’ for ‘she.’ Like [you] just say ‘kanajo wa’ for ‘she’ or ‘kanajo no’ for ‘her.’ So they [Japan] do technically have female pronouns, don’t know why they’re not using ’em.”

Likewise, in a post on Nintendo’s official Japanese website they state (again, machine translated by DeepL) “The ‘phantom archer’ (roll: attacker) has a powerful blow from a blind spot with his bow. By eliminating their presence, they can hunt their enemies safely.”

“Yuzuriha seems to belong to Agnus, but usually lives quietly in the forest. Perhaps because they live in the forest, they are very agile and can move easily on trees and thin ropes. She is friendly and seems to be trusted by her colony mates. There seem to be other heroes that he meets during his adventures. It will be fun to travel around the world and look for new friends.” 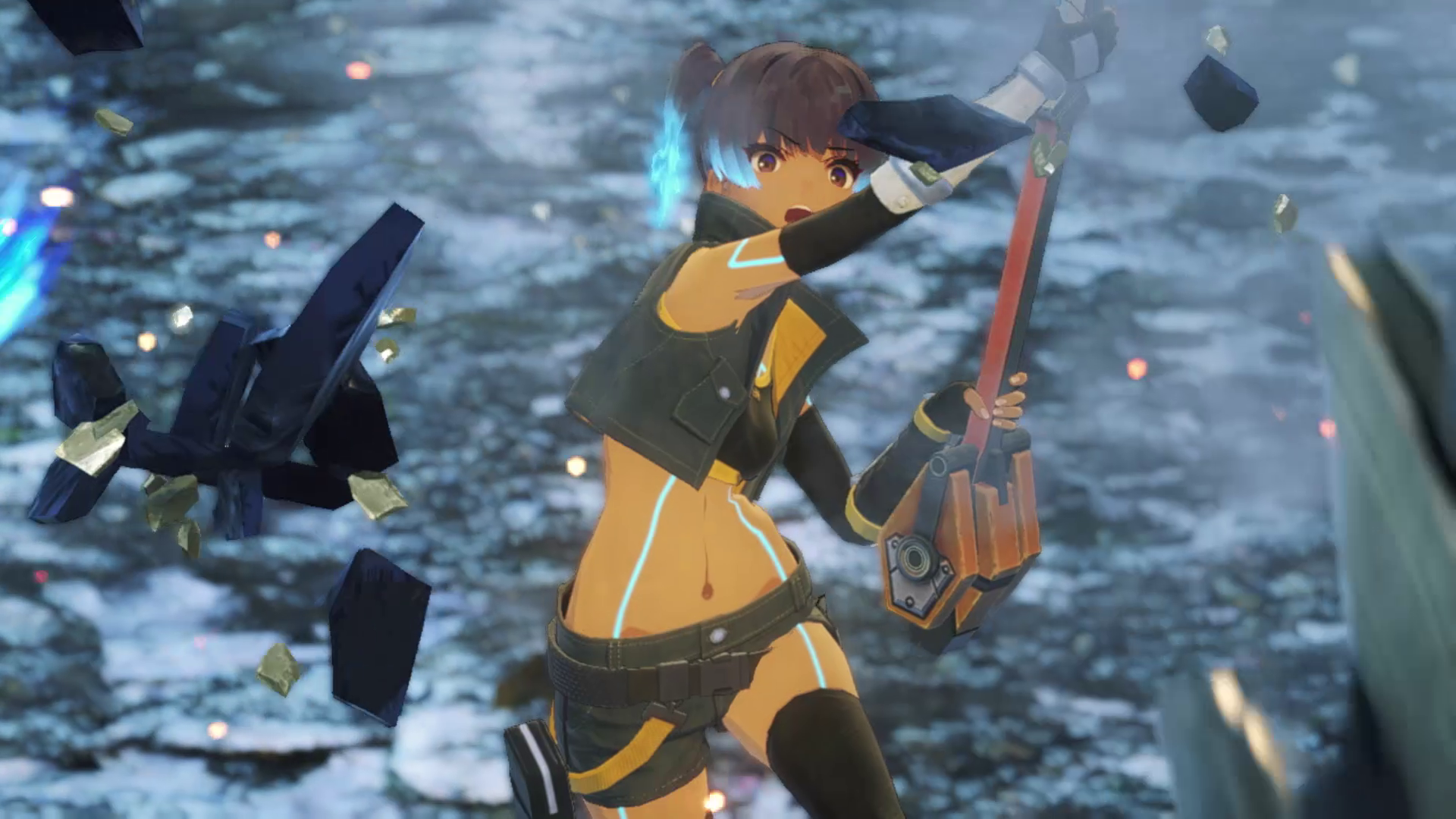 RELATED: Interview: Fan And Professional Translators Speak Out On Western Localization Issues And The Current State Of The English Manga Industry

While all signs would point towards Xenoblade Chronicles 3 having a non-binary character, most likely in the Japanese version as well, there has been no official confirmation. This didn’t stop The Gamer singing its praises, however.

You may remember them as complaining about a press event for Sniper Ghost Warrior Contracts 2, where they were invited to Strategic Operations, Inc. for “extreme military counter-terrorism training.” One of their writers was upset seeing flags supporting Donald Trump for President in 2024, and the terrorists and setting being Middle East stereotypes. Developer CI Games issued an apology.

The Gamer Lead Features Editor Jade King begins her editorial needlessly aggressive, titled “Xenoblade Chronicles 3 Has A Non-Binary Character And You Need To Get Over It,” with the subtitle “Games are changing and we’re leaving bigots behind.” 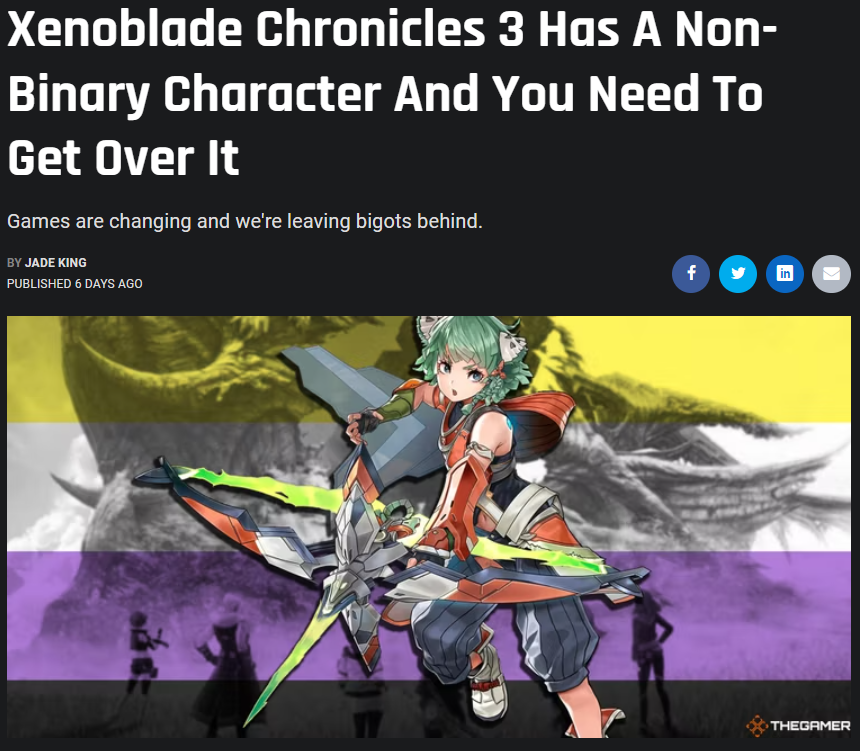 Xenoblade Chronicles 3 Has A Non-Binary Character And You Need To Get Over It, The Gamer

“Not a day goes by where I don’t stumble upon something that convinces me that video games were a mistake,” King opens. “It’s a medium like no other – where small vocal minorities of notable bigots are happy to harass developers, belittle any representation beyond straight white men, and send me death threats on Twitter whenever they disagree with me. They’ve done that a few times with Xenoblade, so this article will go down well.”

The tone doesn’t change from there. She dismisses critique against her last editorial whining about the fan-service of Xenoblade Chronicle 2 as coming from “Right-wing fans of anime tiddies” who “are convinced that some form of woke agenda is responsible for censoring their underaged anime girls as developers decide to either alter said games or avoid releasing them altogether.”

“Franchises like Xenoblade Chronicles are allegedly being watered down in response to sensitive snowflakes like me decrying their very existence. It’s a load of nonsense, and these people are idiots with nothing better going on in their lives that advocating for imaginary nudity is apparently a worthwhile cause. Please go outside and touch some grass, and stop telling me to kill myself. It’s kinda pathetic.” 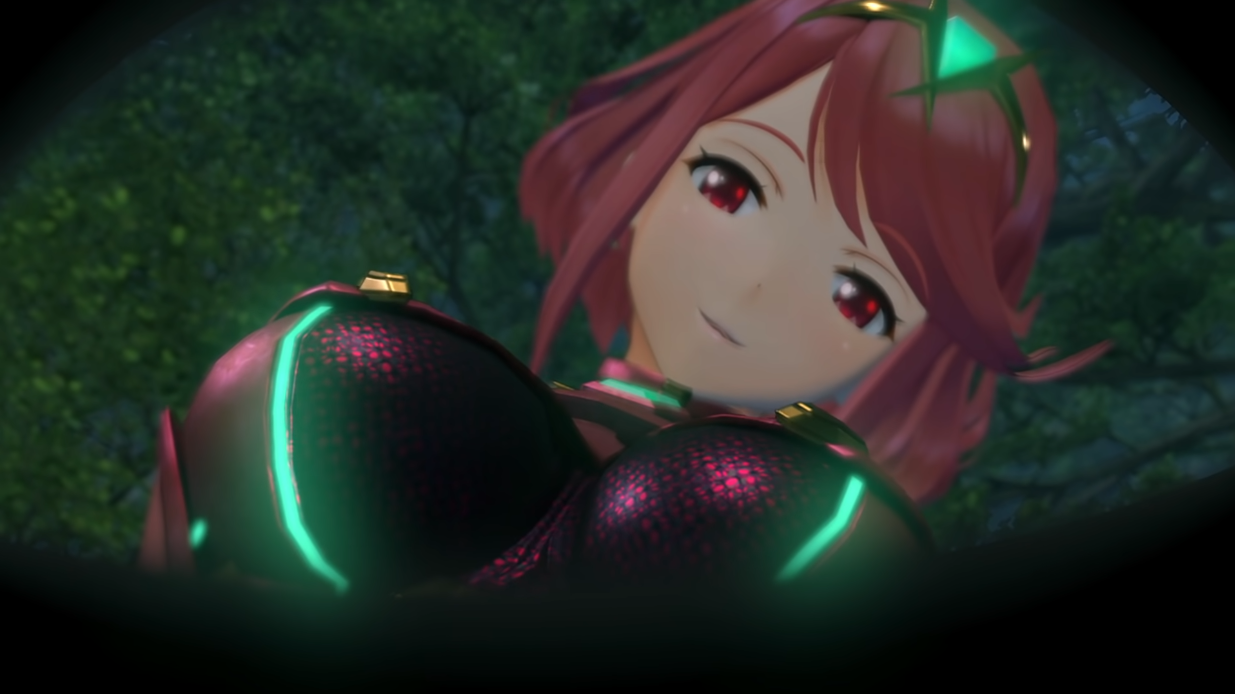 To summarize her editorial, King asserts that Xenoblade Chronicles 3 had toned down its sexualization, and that those critical of it are “already convinced it will flop because Monolith Soft has surrendered to liberal demands.”

Kind also assumed localizers had made the change to Juniper to honor the voice actor, yet also claims there is “No woke agenda. No plan to destroy the game and everything it stands for. Just a person existing in their own skin.”

She also claimed Juniper has an “androgynous appearance,” though she arguably looks more like a flat chested woman thanks the art-style typically meaning young male and female faces can have a very similar shape. Young men do have a slightly more pronounced chin (unlike Juniper), while only the butchest of men have a more prominent jawline. 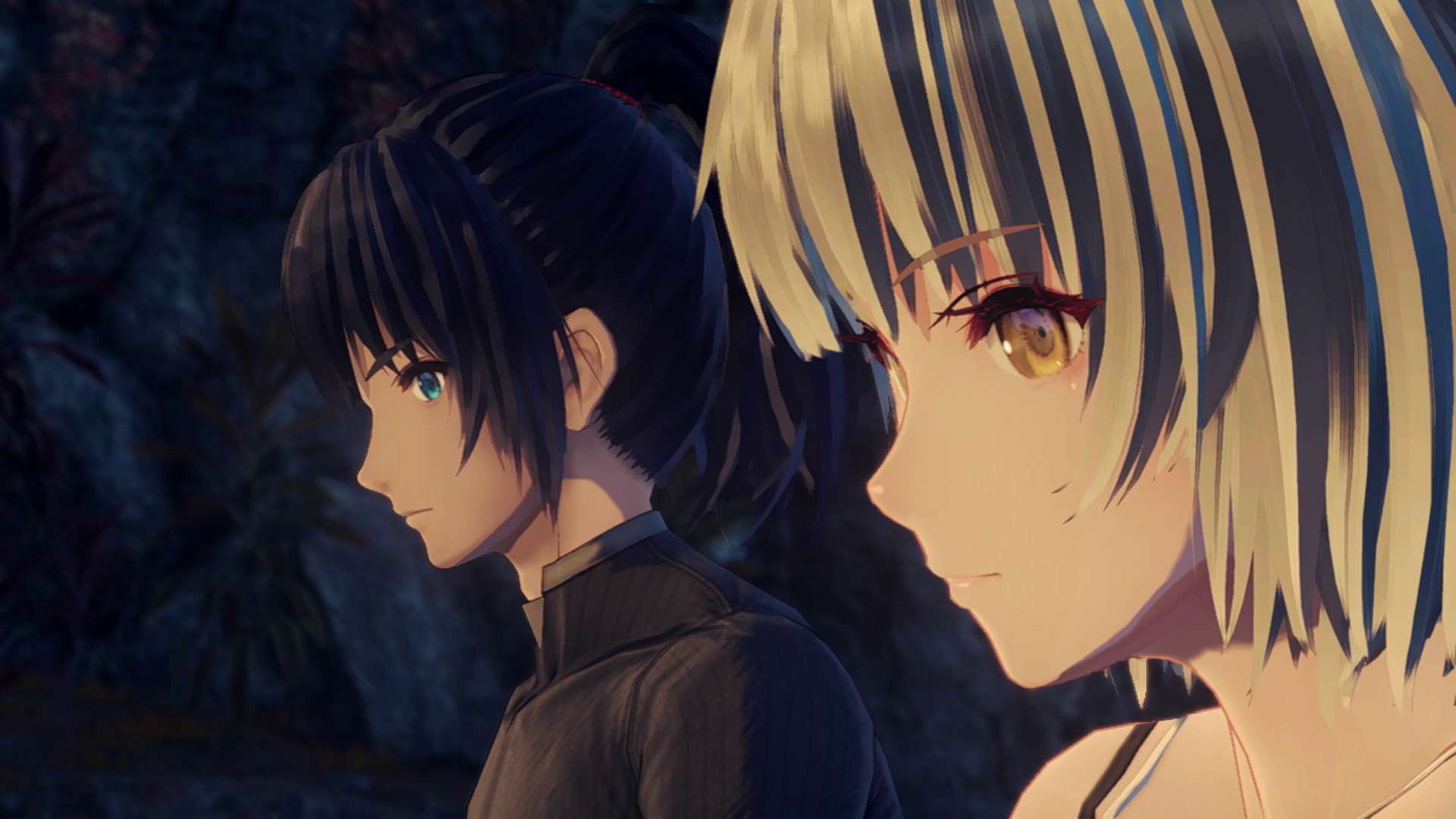 King alleges that while she saw “a few rare forum posts expressed excitement” at the non-binary inclusion, she also “stumbled upon some right-wing cesspool awash with transphobic slurs, disgusting assumptions around the game itself, and the usual rhetoric of western politics infiltrating Japanese games and forcing them to abide by woke restrictions. Yep, I’m being serious.”

“I have some bad news for internet basement dwellers – LGBTQ+ people exist in Japan and so do politics. It isn’t some magical world filled with video games and anime designed to make your miserable lives slightly less pathetic,” the author ranted.

“It’s a real place with real people dealing with real struggles that go far beyond advocating for a non-binary character in Xenoblade Chronicles 3.” Continuing to fume, King spat “Much like all the women in your video games, none of the girls in Japan want to have sex with you either.” 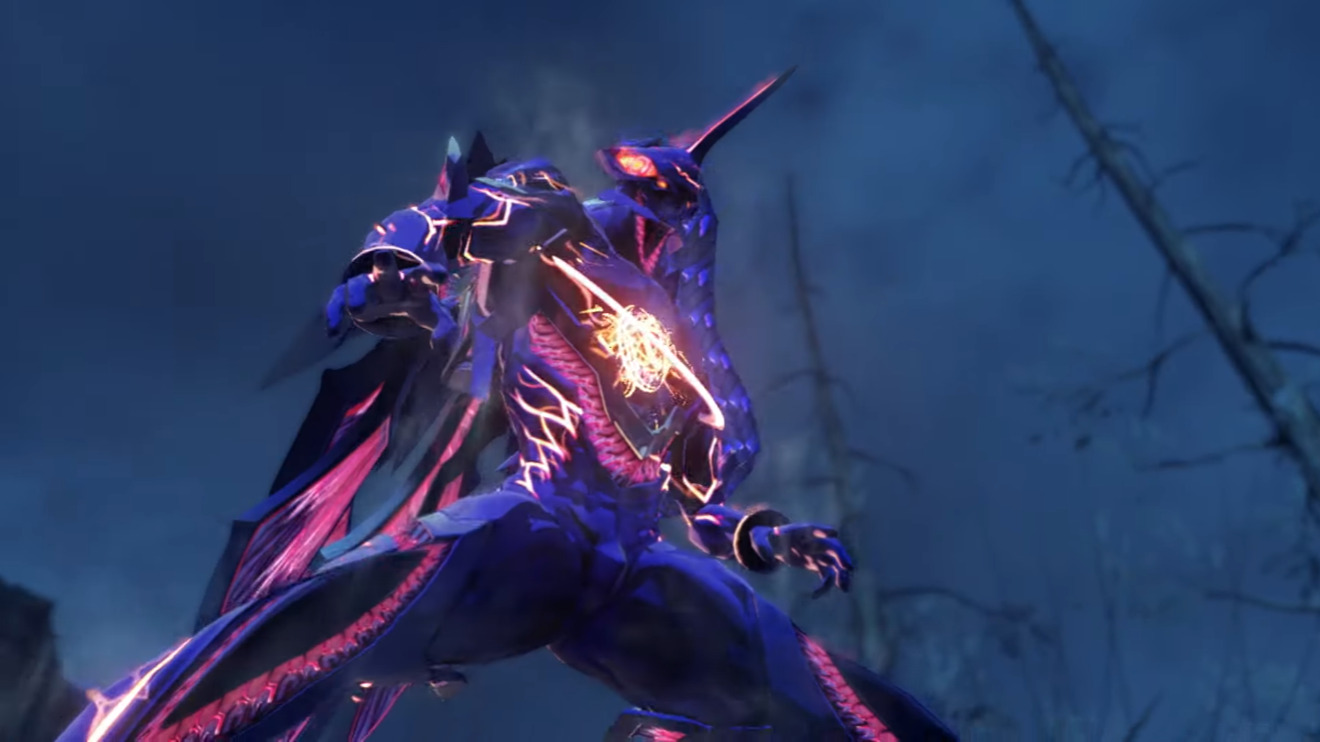 Once again assuming this was a change from localization, King argues the game’s original intent wasn’t being “questioned” (despite the fact that would have been a change from the original story).

“It’s a piece of localisation that does what this practice is designed to do – adapting content for an international audience in a way that reflects the original experience while also respecting those who are intended to consume it.” Again, King argues that due to the androgynous appearance of the character and non-binary English voice actor “it made sense to use neutral pronouns.”

Despite her own admittance that the character is minor, King claims, “This is enough to ruin the game for some, though, or at least justify continued hate towards minority groups for simply existing and being represented as media moves forward and leaves these bigots behind.” 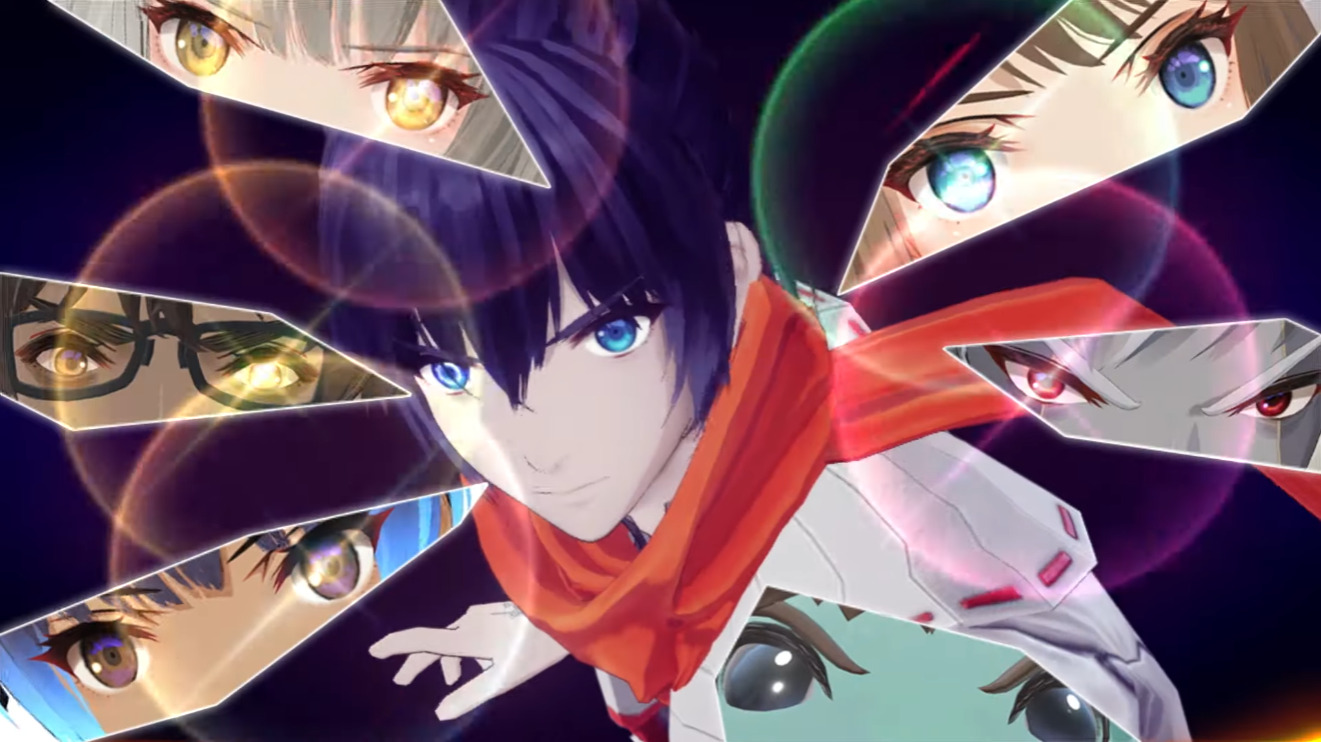 RELATED: Seven Seas Apologizes For Intentional English Mistranslation Of I Think I Turned My Childhood Friend Into A Girl, Promises To Revise Script “To More Accurately Reflect The Author’s Original Intent”

However, King has good reason to so strongly resonate with Juniper. “I’m just exhausted. Examples of hate like this deserve to be called out as those responsible for it are brought into the spotlight. I’m a pansexual trans girl and will always celebrate representation, no matter how small, while also stepping forward to correctly critique what it does right and wrong in aid of progress.”

“We can say the world is becoming a better place for queer people, but the reality is that governments continue to make our existence harder to tolerate while our favourite hobbies are fraught with outdated fools who believe that everything should cater to them because they’re afraid of societal change and how that will bring more and more diversity into the fold,” she argues.

“We aren’t going back to how things used to be, and the sooner these ignorant a——s are demonised for what they are, the better. Play Xenoblade Chronicles 3. It’s an incredible game, and Juniper is a lovable non-binary character that pushes representation in the genre forward in small yet wonderful ways. Just don’t listen to the painfully small circle of bigots online trying to discount who they are.” 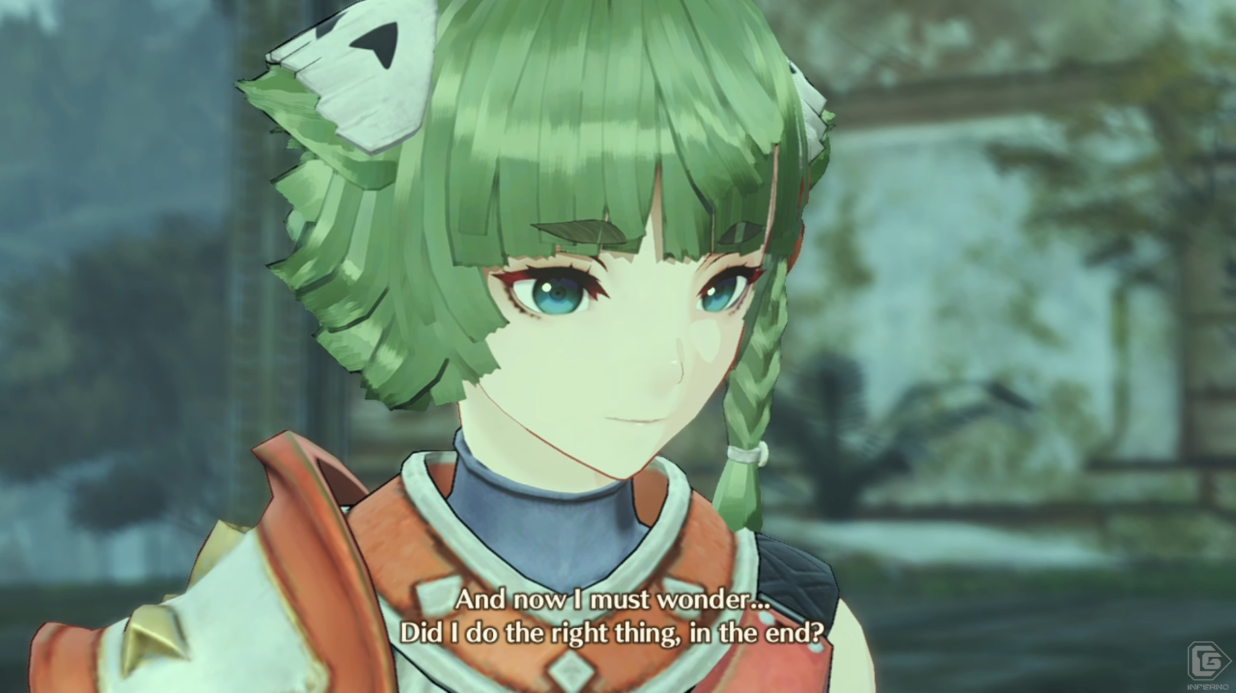 As you can imagine, King’s tone drew the ire of plenty on social media. Many had assumed the localization team had changed the character, along with denouncing King for her hostile attitude, lack of research into the game itself, and approval of making an unnecessary change purely for tokenism’s sake (again, assuming the localizers made a change).

“This isnt a very convincing article,” @OtakuDaiKun replied directly to King’s tweet. “Maybe spend less time attacking people who like anime girls and instead show more official confirmation or examples of the pronouns in both English and Japanese. I’ll accept it if that’s how she was written in Japan.”

“How you know you need to fire a writer: they don’t understand that the word ‘they’ is a nominative singular pronoun and doesn’t mean someone is nonbinary just because it’s used,” @MindOfMicahC derided. 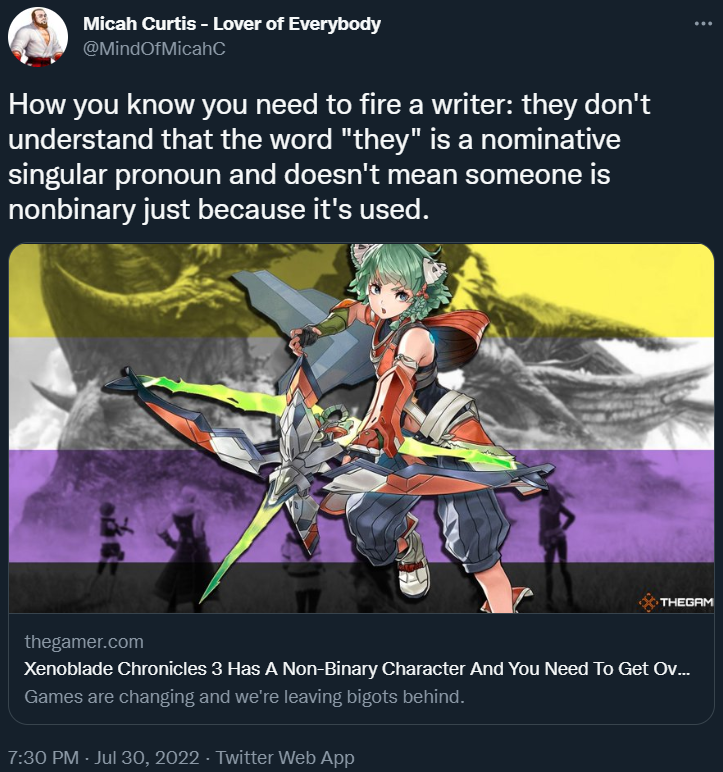 User @momiji_doa mocked,” Is The Gamer ok? These activists, er… ‘game journalists’ get worse at hiding it each month.”

“Remember when videogames used to be about videogames and not tumblr refugees forcing their headcanons on the characters?” retorted @mochi_buny. “Like god damn just go write a fanfiction and stop calling people ‘bigots’ over pixels.”

NEXT: The Lord Of The Rings: The Rings Of Power Actress Says Casting “Isn’t Tokenization,” Amazon’s Diversity and Inclusion Quota Says Otherwise