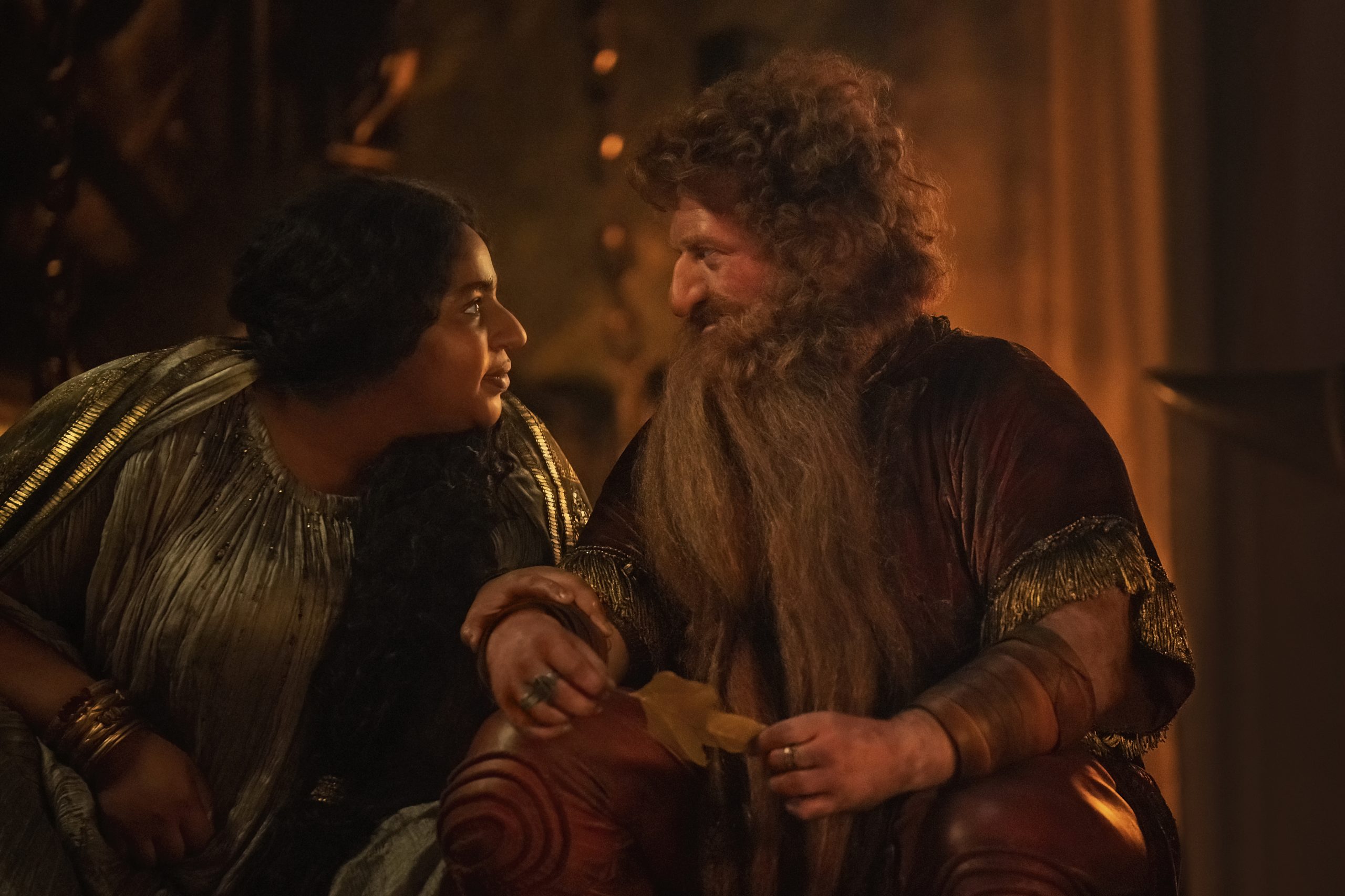 Source: Sophia Nomvete as Princess Disa and Owain Arthur as Prince Durin IV The Lord of the Rings: The Rings of Power

Weber made it abundantly clear the production and show would be eschewing Tolkien’s work when she told Vanity Fair in February, “It felt only natural to us that an adaptation of Tolkien’s work would reflect what the world actually looks like.”

“Tolkien is for everyone,” she added. “His stories are about his fictional races doing their best work when they leave the isolation of their own cultures and come together.”

RELATED: Despite ‘The Lord Of The Rings: The Rings Of Power’ Including Hobbits, J.R.R. Tolkien Made It Clear They Were Not In The Second Age

Months after making it extremely clear that the show would not be following Tolkien’s works, Weber is now accusing critics of racism.

She told Time Magazine, “We’re all up for criticism. We’re not up for racism.”

And it’s not just Weber, showrunner JD Payne also told Time that criticism of Galadriel wearing armor and the inclusion of a black elf will not be tolerated.

He described critics ironically quoting Tolkien as “creatures of dull and lumpish nature that had no more language than beasts.” 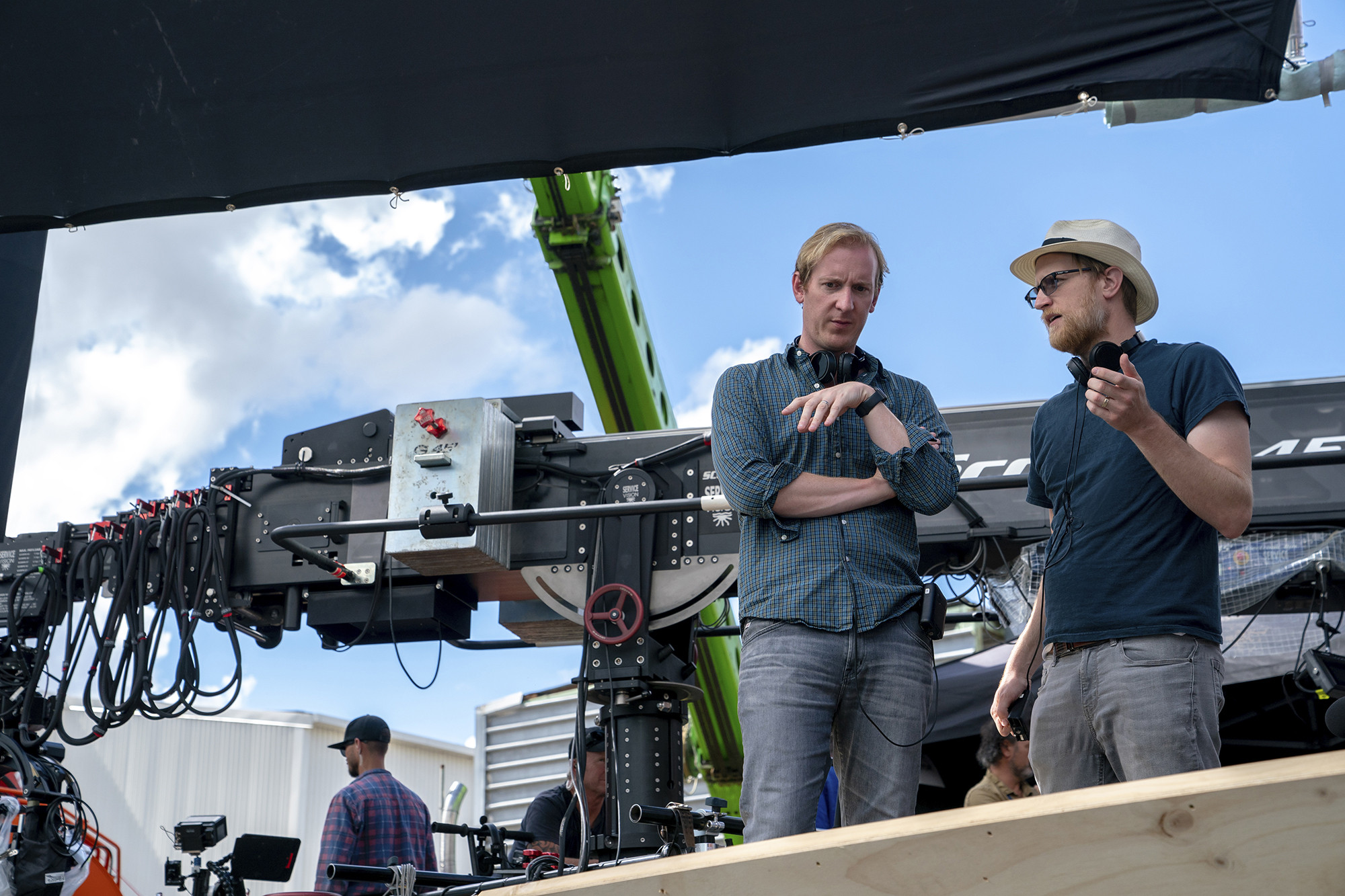 Let’s be clear here, it is not racist to want characters that are described by J.R.R. Tolkien in a certain way to look like those characters when his stories are being adapted to television. 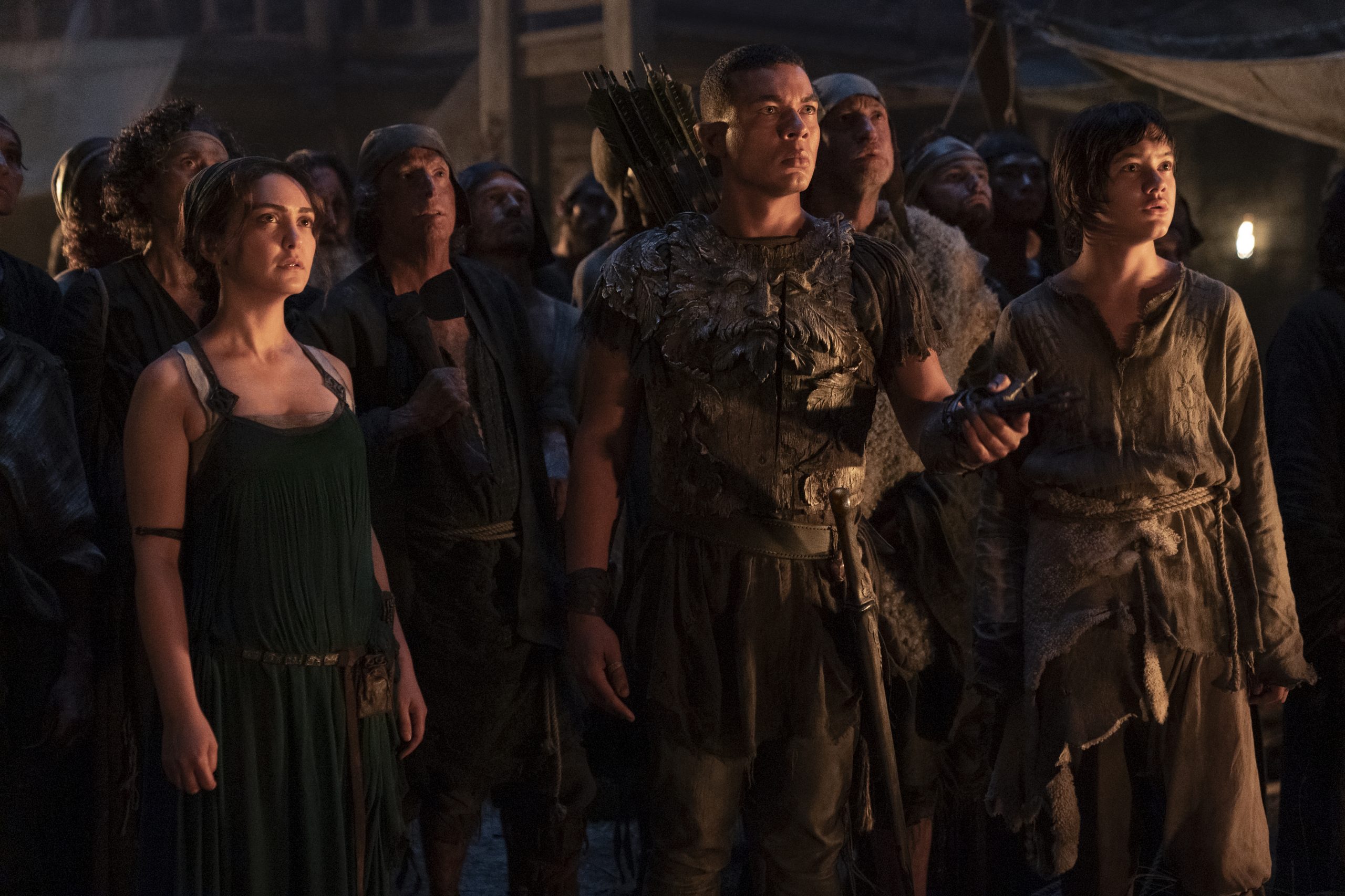 Source: Nazanin Boniadi as Bronwyn, Ismael Cruz Cordova as Arondir, and Tyroe Muhafidin as Theo in The Lord of the Rings: The Rings of Power

YouTuber Just Some Guy more eloquently explains, “Middle-earth is basically northwestern Europe, mostly England. he native people of those areas are all white. So all the races of Middle-earth would be white. And we know that’s true because Tolkien described what they looked like. They are all white.”

It is also not racist or sexist to want characters like Galadriel to be portrayed on the screen as they are described by Tolkien in his works. Galadriel was not a warrior. She did not lead soldiers into battle.

Prime Video, Amazon Studios, showrunners Patrick McKay and JD Payne, and executive producer Lindsey Weber portraying her as such are the ones in the wrong. And despite Weber claiming they can handle the criticism, they clearly can’t as she is now name-calling her critics and using the media to attack the fans and the “global audience” that Prime Video is trying to get to watch their show. 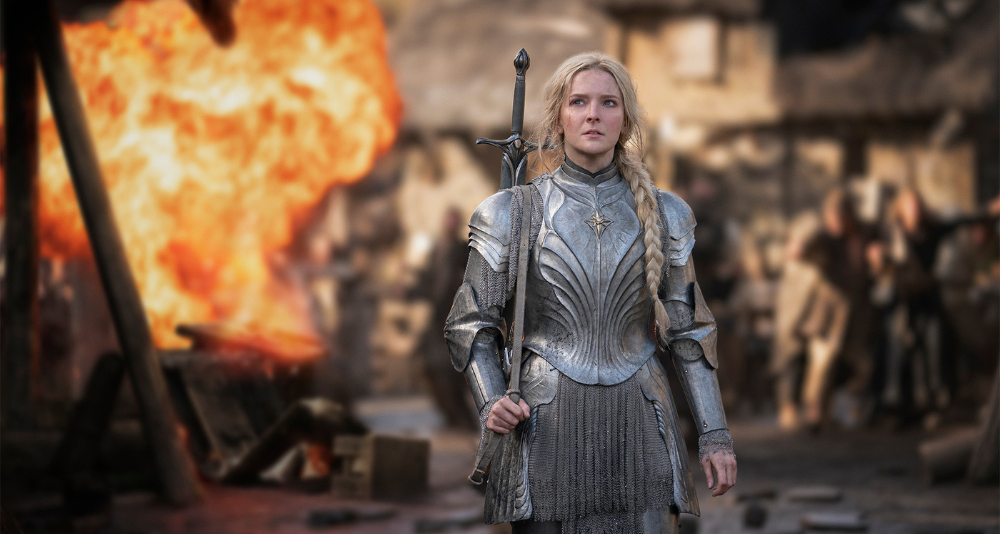 This tactic might have been effective five years to a decade ago, but it’s been played out and people are seeing the truth behind those attacking the fans.

The Walt Disney Company and Lucasfilm recently attempted a similar tactic with their Obi-Wan Kenobi series and while it might have gotten them short-term gains, in the long-term it did not work out.

The company used actress Moses Ingram to try and gin up a controversy by accusing Star Wars fans of racist behavior. This was after Ingram revealed she had been coached by Lucasfilm to deal with a “racist backlash.”

She told The Independent, “It was something that Lucasfilm actually got in front of, and said, ‘This is a thing that, unfortunately, likely will happen. But we are here to help you; you can let us know when it happens.”

After the premiere, Ingram would try and put her coaching to work as she revealed a number of screenshots of “abuse” she received. Many of the screenshots were anything but “abuse.”

Following this, Obi-Wan Kenobi debuted as the most watched original series on Disney+ with Nielsen reporting the show’s first three episodes raked in 958 million minutes viewed.

This tactic is played out. Audiences see it for what it is, a helpless deflection from poor decisions that lead to a terrible show. 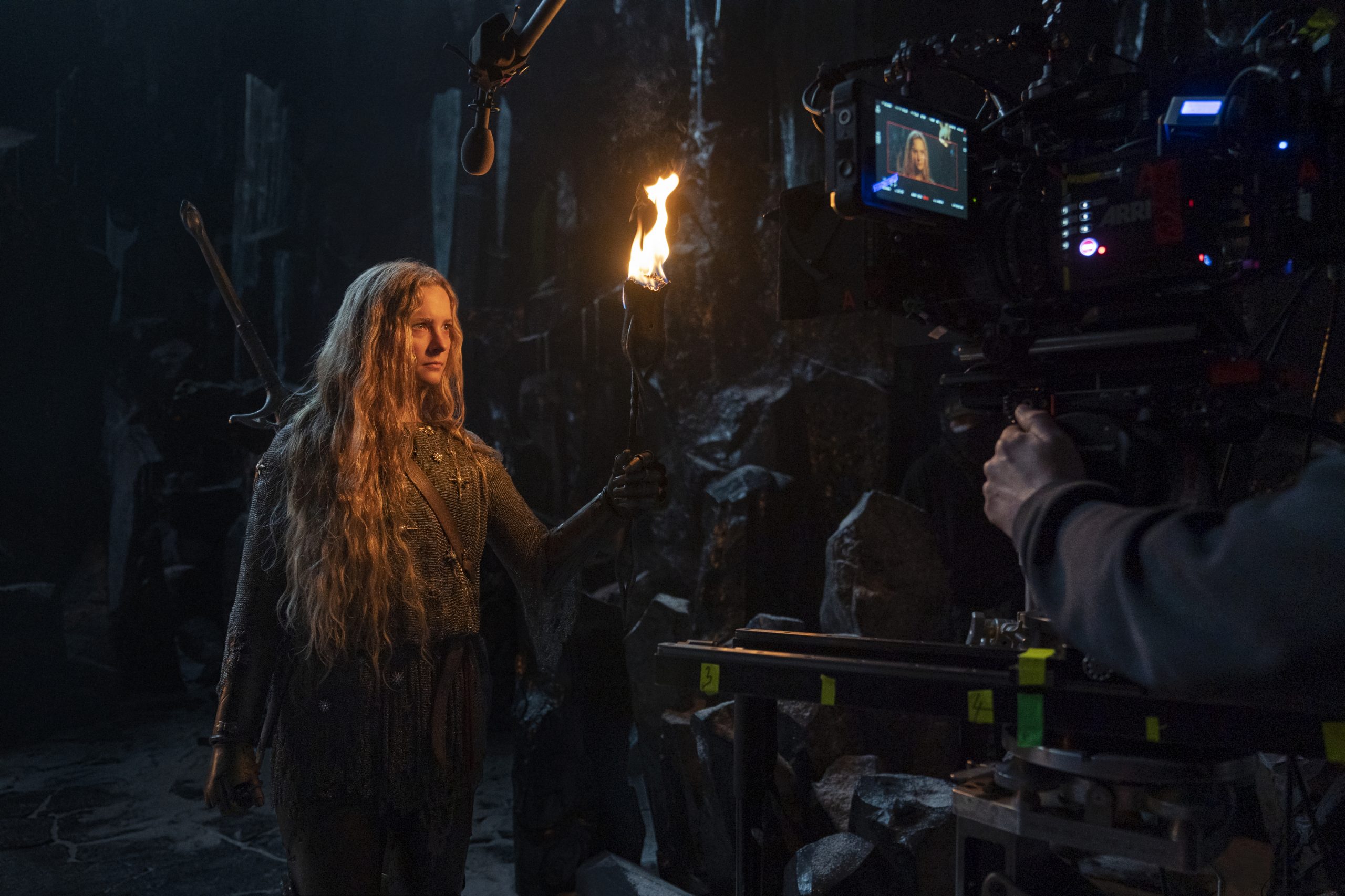 What do you make of Weber’s attack against fans? Are you surprised?

NEXT: ‘The Lord Of The Rings: The Rings Of Power’ Showrunner Admits Intention Of Show Was “To Do Something Different But Familiar”