Morfydd Clark, who plays Galadriel in the upcoming Prime Video series The Lord of the Rings: The Rings of Power, is now claiming she was surprised by the depiction of Galadriel in the show after previously telling critics to “shut the f*** up.” 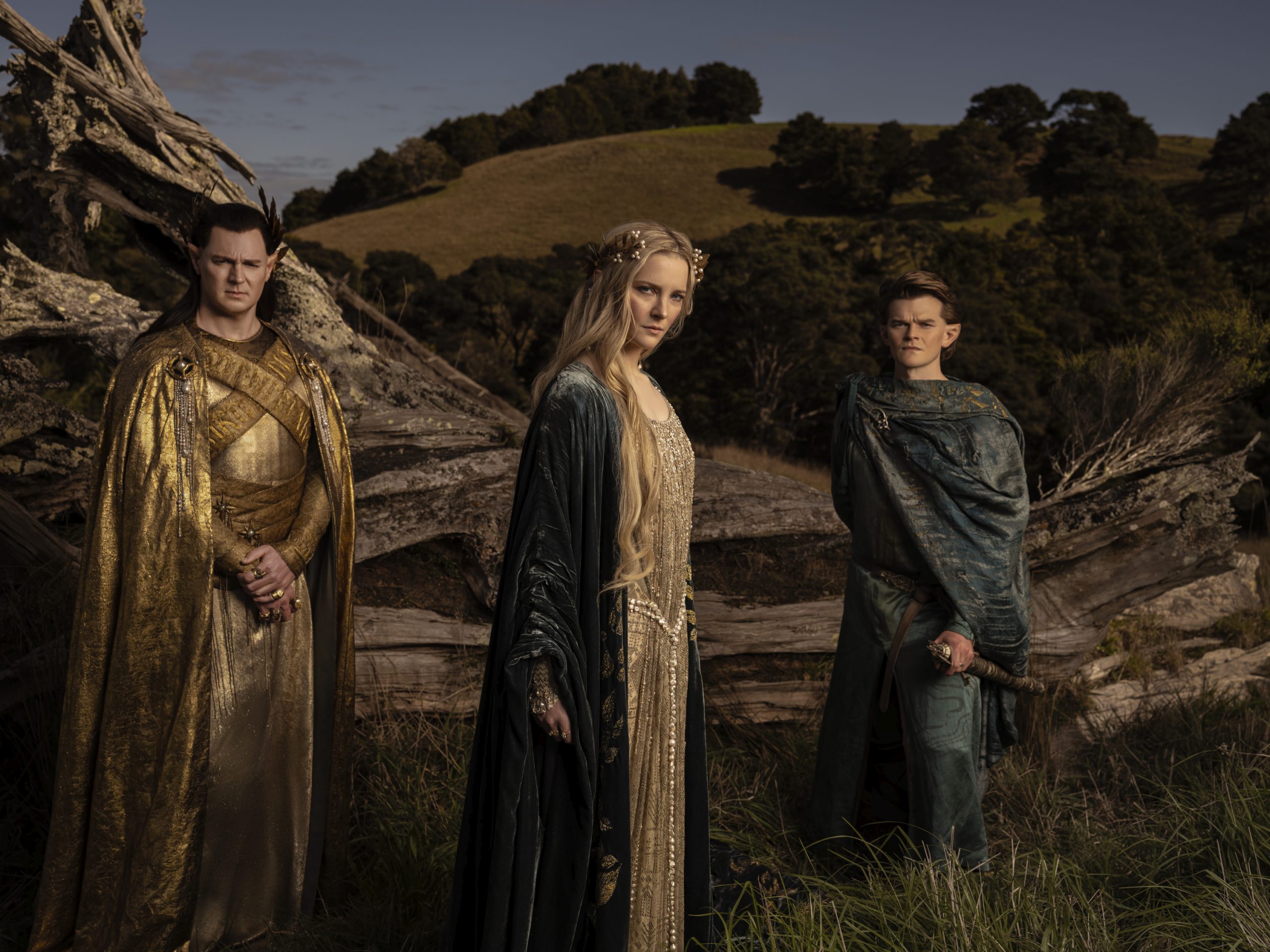 Clark demanded silence of critics of the series when she posted to her Instagram Stories earlier this month, “Anyone sending hate to my black cast mates, get off my page, get off the internet, and shut up.” 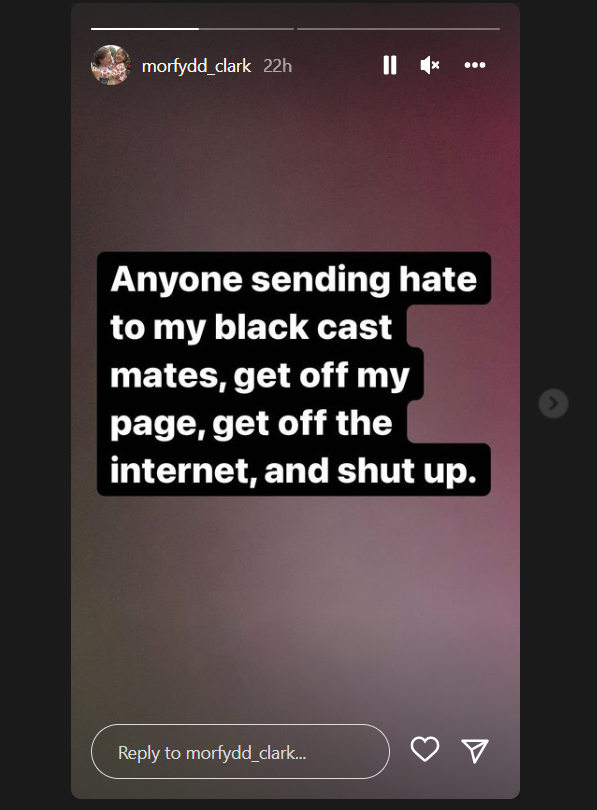 She then shared a short video of her castmate, Charles Edwards as Celebrimbor, making a hand motion that reveals the phrase “Shut the f*** up.”

Clark would seemingly ask in a caption below the video, “Who made this?” 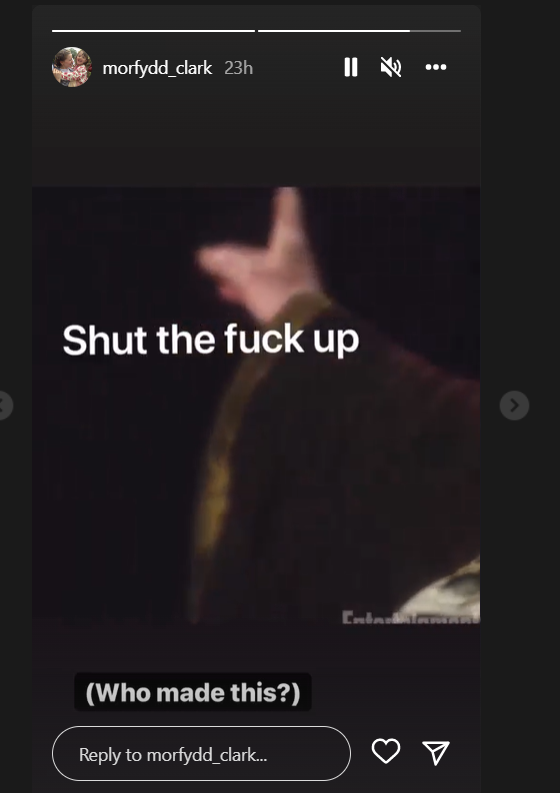 In a recent interview with ComicBook.com, Clark revealed she was surprised about the changes the series is making to Galadriel based off what she had read about the character in The Lord of the Rings and seen portrayed in the films. 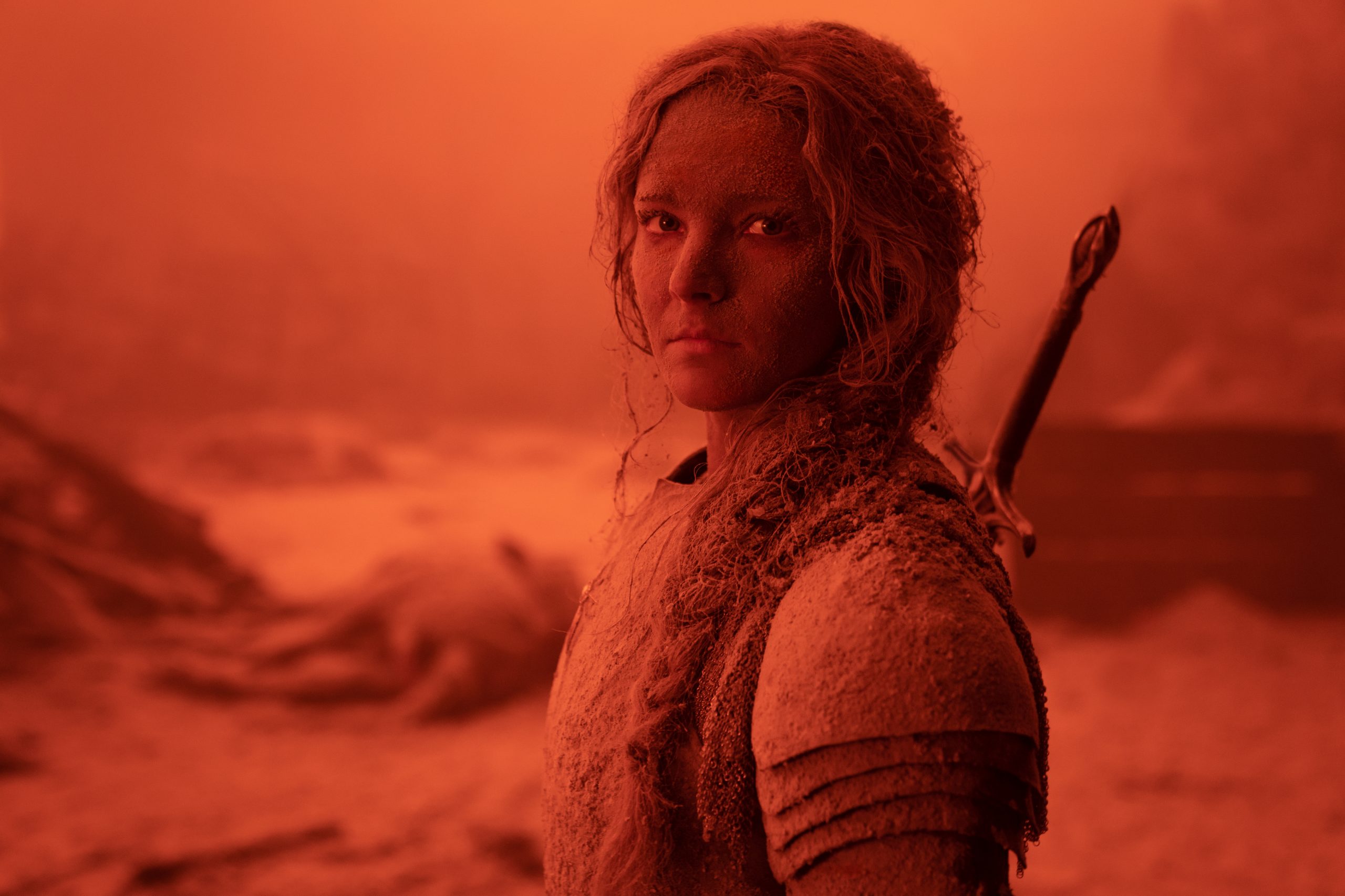 Source: Morfydd Clark as Galadriel in The Lord of the Rings: The Rings of Power

However, it appears she might not have actually read anything about Galadriel and how she was depicted in the First and Second Ages as she continued, “I think it’s really interesting that she is so conflicted and going through so much because I feel the people in my life who ended up the most kind of chill and serene as Galadriel… have usually been through a lot.”

She added, “It was interesting to work with the opposites, you know? How far can she go from what we know she will become?” 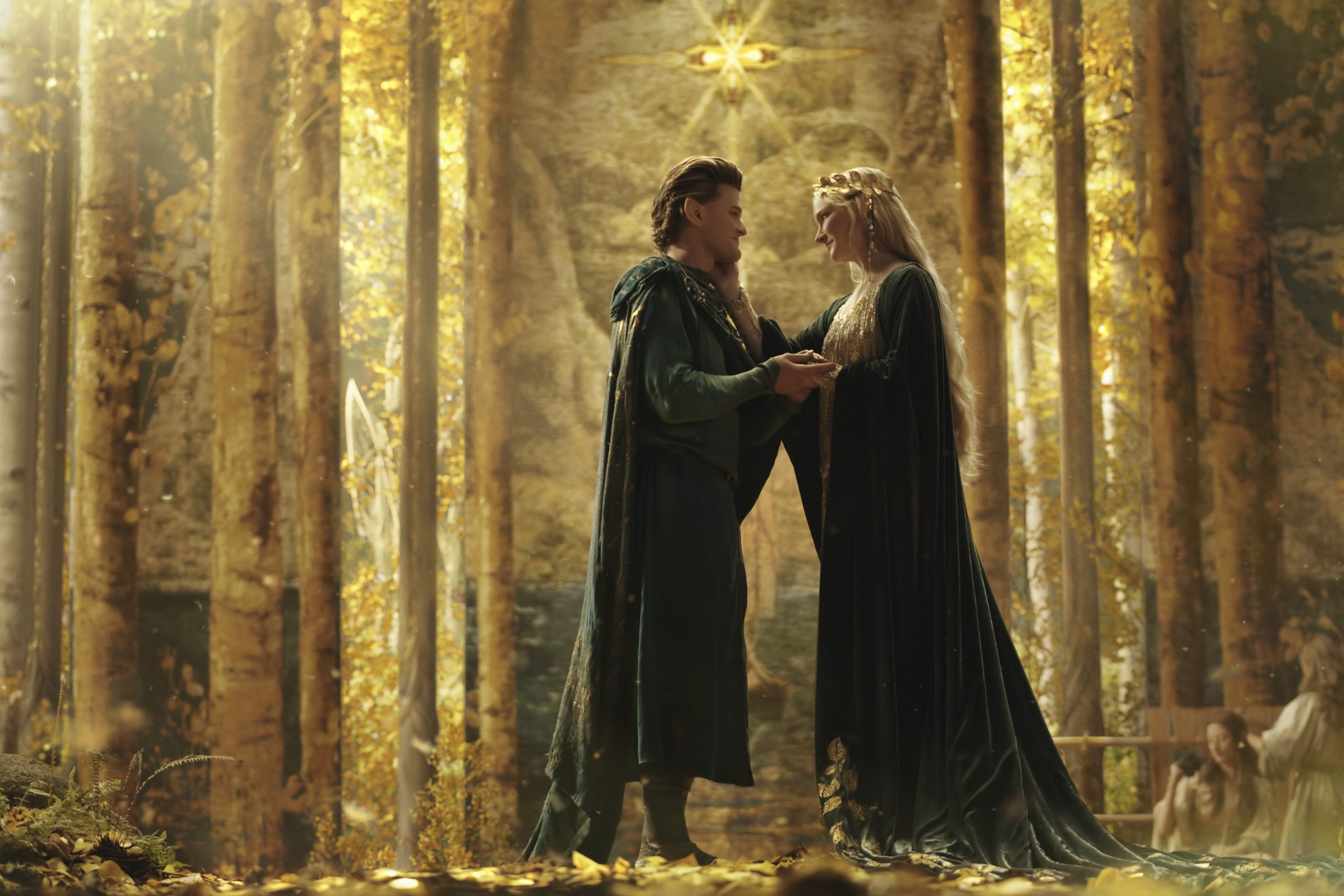 Robert Aramayo as Elrond and Morfydd Clark as Galadriel in The Lord of the Rings: The Rings of Power Credit: Ben Rothstein/Prime Video Copyright: Amazon Studios

She further provided more information about Galadriel and her interactions with Men in the series saying, “I think she’s interestingly out of touch and separated from them, but also sees herself as a guardian.”

“She wants them to be safe and protected but also doesn’t understand how men exist. She is an Elf alone in many regards, and that was interesting to explore because I think so much of the power of all the characters in Middle-earth comes from their community and she’s somewhat at odds with that,” she asserted. 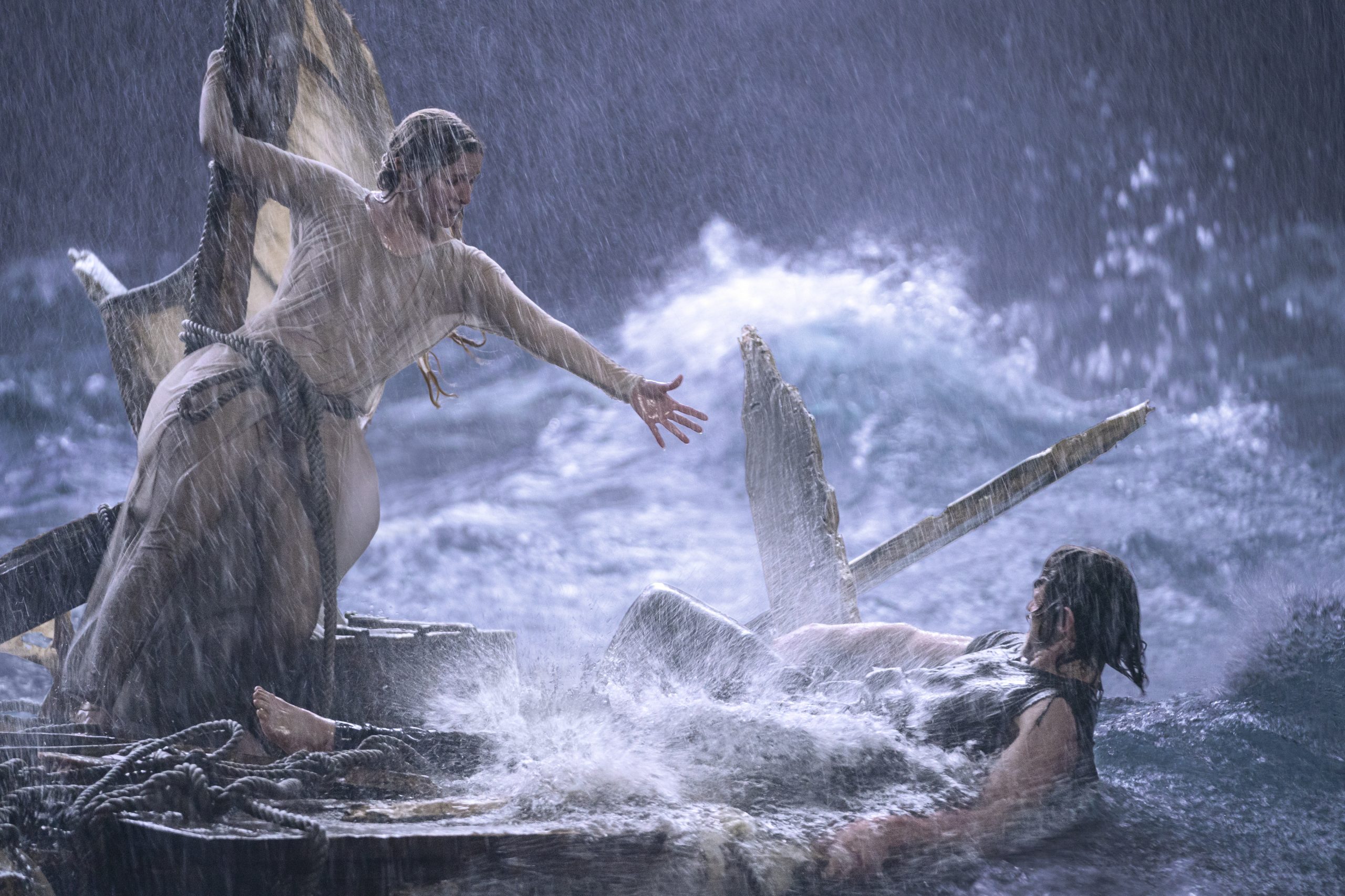 As noted by YouTuber The One Ring, the depictions of Galadriel as shown in the series’ trailers is “not anything Tolkien ever wrote.”

Speaking specifically to Galadriel and a clip of her indicating she’s going to avenge her brother’s death he says, “First of all, if she’s talking about Finrod Felagund, her brother, who was with Beren and was killed by Sauron’s werewolves, this is not how it would have happened.”

“Her whole line that she is there to avenge his death has no basis in anything Tolkien wrote,” he continues. “She was with Melian, the Maia, in Doriath, and didn’t spend her time avenging the deaths of her brothers. She spent her time essentially trying to evade the doom of the Valar because she took part in the kinslaying at Alqualondë.”

“So for her to be in this role of avenger is nothing that can be pointed back to what Tolkien wrote. It’s just not there,” he asserts. 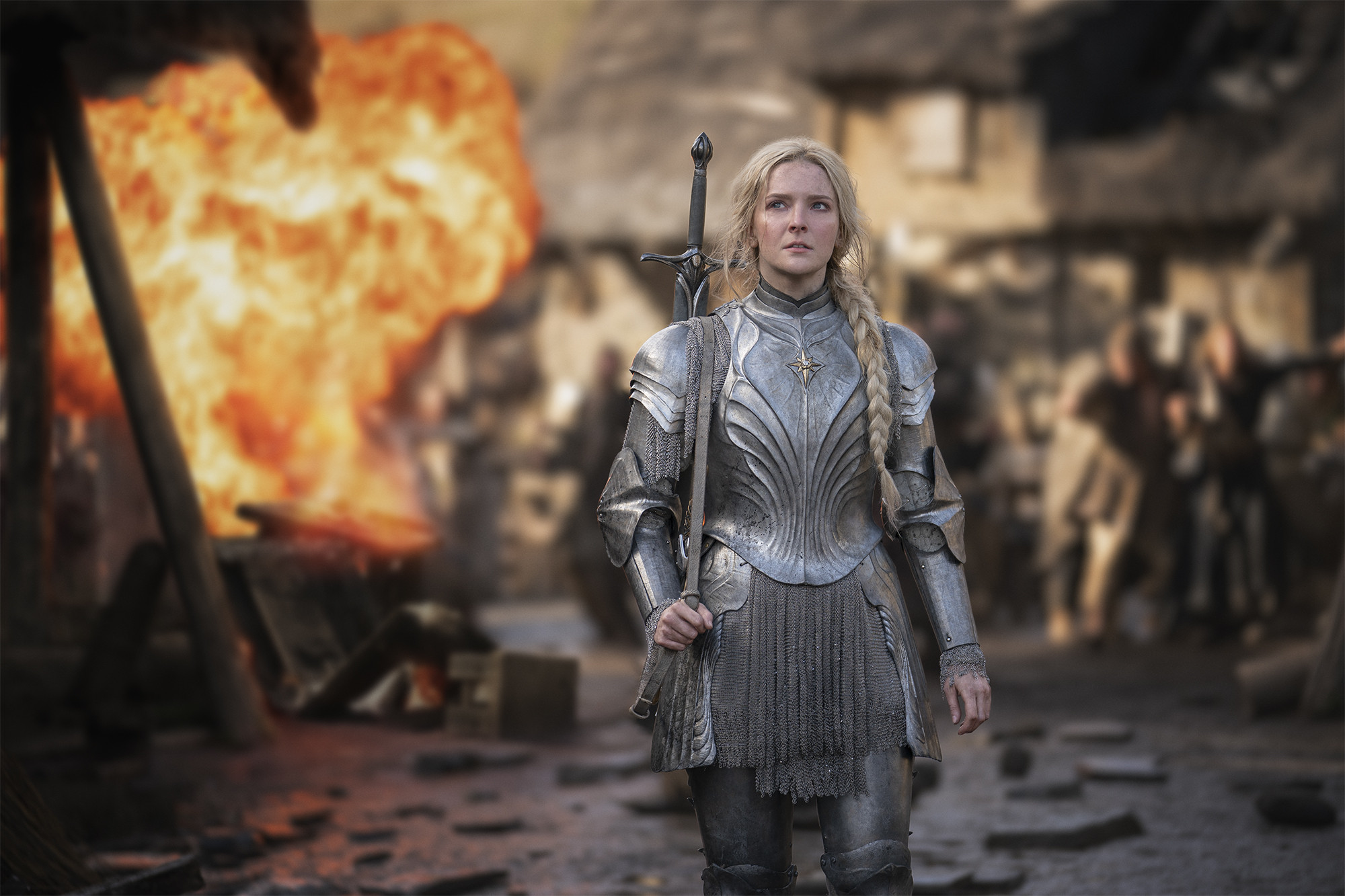 He also points to a line Clark delivers as Prime Video’s warped version of Galadriel where she says, “Not fate, nor destiny. Ours was the work of something greater.”

The One Ring comments, “That makes her sound like Gandalf when Gandalf would speak of things happening with greater purpose, which is a call to the will of Iluvatar, the god of Arda, the god of Eä, god of the whole universe, and how he wills, he works things to happen.”

“She is running from the doom spoken over her, and for the longest time she could not face it until The Fellowship of the Ring when Frodo offers her the ring and she says I passed the test, I will diminish and go into the West and remain Galadriel,” he continues.

In fact, Tolkien wrote in Letter 246 a draft to Mrs. Eileen Elgar that Galadriel would not be leading soldiers in battle or would attempt to combat Sauron in single combat if she fell to the ring’s temptation and attempted to supplant him.

He explained, “In any case Elrond or Galadriel would have proceeded in the policy now adopted by Sauron: they would have built up an empire with great and absolutely subservient generals and armies and engines of war, until they could challenge Sauron and destroy him by force. Confrontation of Sauron alone, unaided, self to self was not contemplated.”

Tolkien also wrote in Letter 320 to Mrs. Ruth Austin, “I was particularly interested in your remarks about Galadriel. …. I think it is true that I owe much of this character to Christian and Catholic teaching and imagination about Mary, but actually Galadriel was a penitent: in her youth a leader in the rebellion against the Valar (the angelic guardians).”

“At the end of the First Age she proudly refused forgiveness or permission to return. She was pardoned because of her resistance to the final and overwhelming temptation to take the Ring for herself,” he adds.

He further detailed in Letter 353 to Lord Halsbury, “Galadriel was ‘unstained’: she had committed no evil deeds. She was an enemy of Fëanor. She did not reach Middle-earth with the other Noldor, but independently. Her reasons for desiring to go to Middle-earth were legitimate, and she would have been permitted to depart, but for the misfortune that before she set out the revolt of Fëanor broke out, and she became involved in the desperate measures of Manwë, and the ban on all emigration.”

Source: Morfydd Clark as Galadriel in Prime Video’s The Lord of the Rings: The Rings of Power

What do you make of Morfydd Clark’s recent comments about Galadriel and her surprise about how she is depicted in The Rings of Power?

NEXT: Lenny Henry Unapologetic About Altering J.R.R. Tolkien’s Works In ‘The Lord Of The Rings: The Rings Of Power’: “We’re Telling The Story Now”