Luck be an anime adaptation, as Shueisha has given the animation greenlight to Yoshifumi Tozuka’s best selling action manga, Undead Unluck. 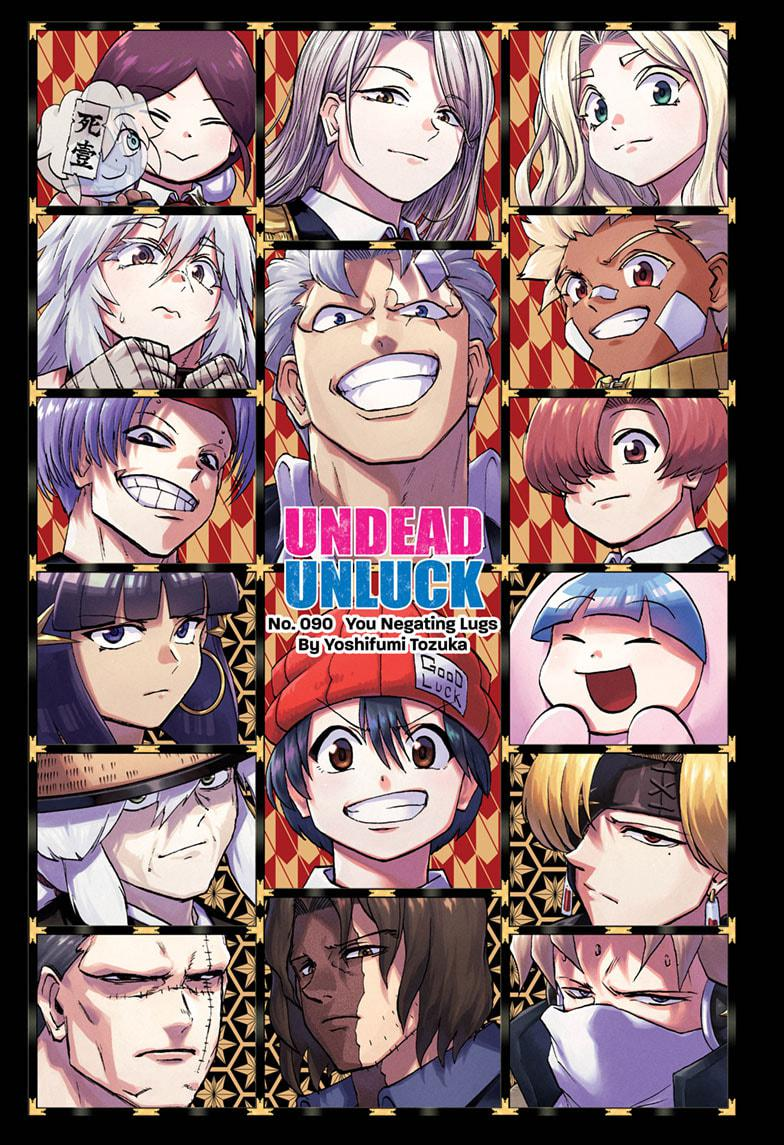 Following a four-week long teaser campaign by the series’ official Twitter, the long awaited adaptation of Undead Unluck was announced by Tozuka himself via a color spread – itself a throwback to the manga artist Akira’s story in Chapter 52 – in Weekly Shonen Jump attached to the series’ 124th chapter. 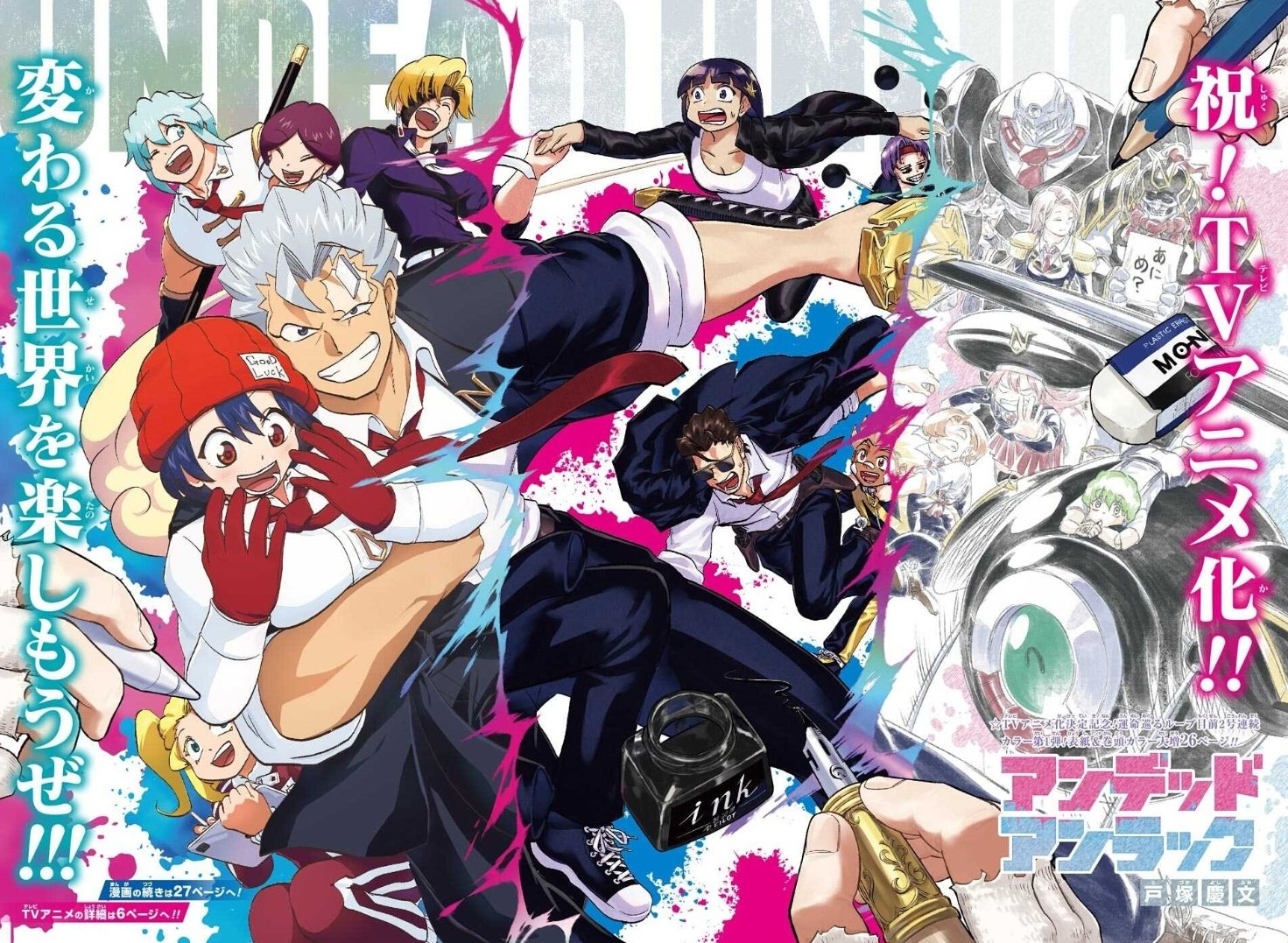 To commemorate the news, the project’s production team released a key visual depicting protagonist Andy “The Undead Negator” ready to launch a finger bullet and Fuuko “The Unluck Negator” outstretching her hands towards the camera. 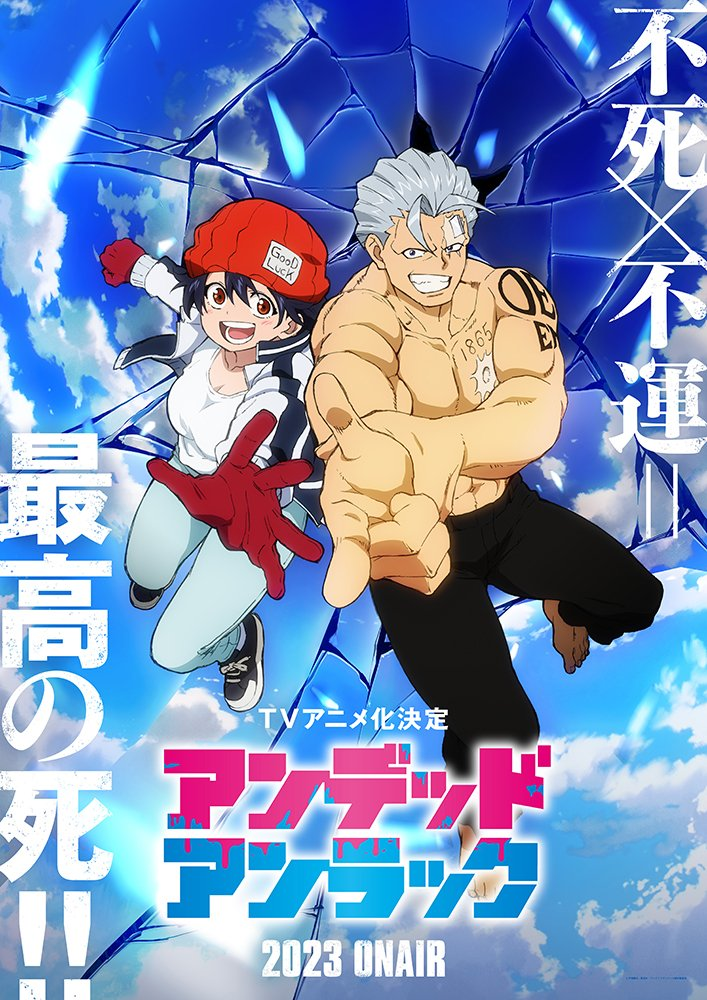 Following this reveal, the official Undead Unluck anime twitter account shared a message, written alongside an illustration of Andy and Fuuko, from Tozuka himself.

“The day I decided to censor Andy, I gave up my dream of an anime adaptation,” wrote the mangaka. “That’s just how it is with Andy, can’t change that. So I thought I’d just do my best with the manga…But, wait. It’s okay? Really?! Hey, fans!! They’re okay with it.”

“I know I wrote I’d given up, shoved that dream of mine into a drawer… but… an anime!” he further exclaimed. “It’s happening! And it’s all thanks to you!! Thank you, so much!!” 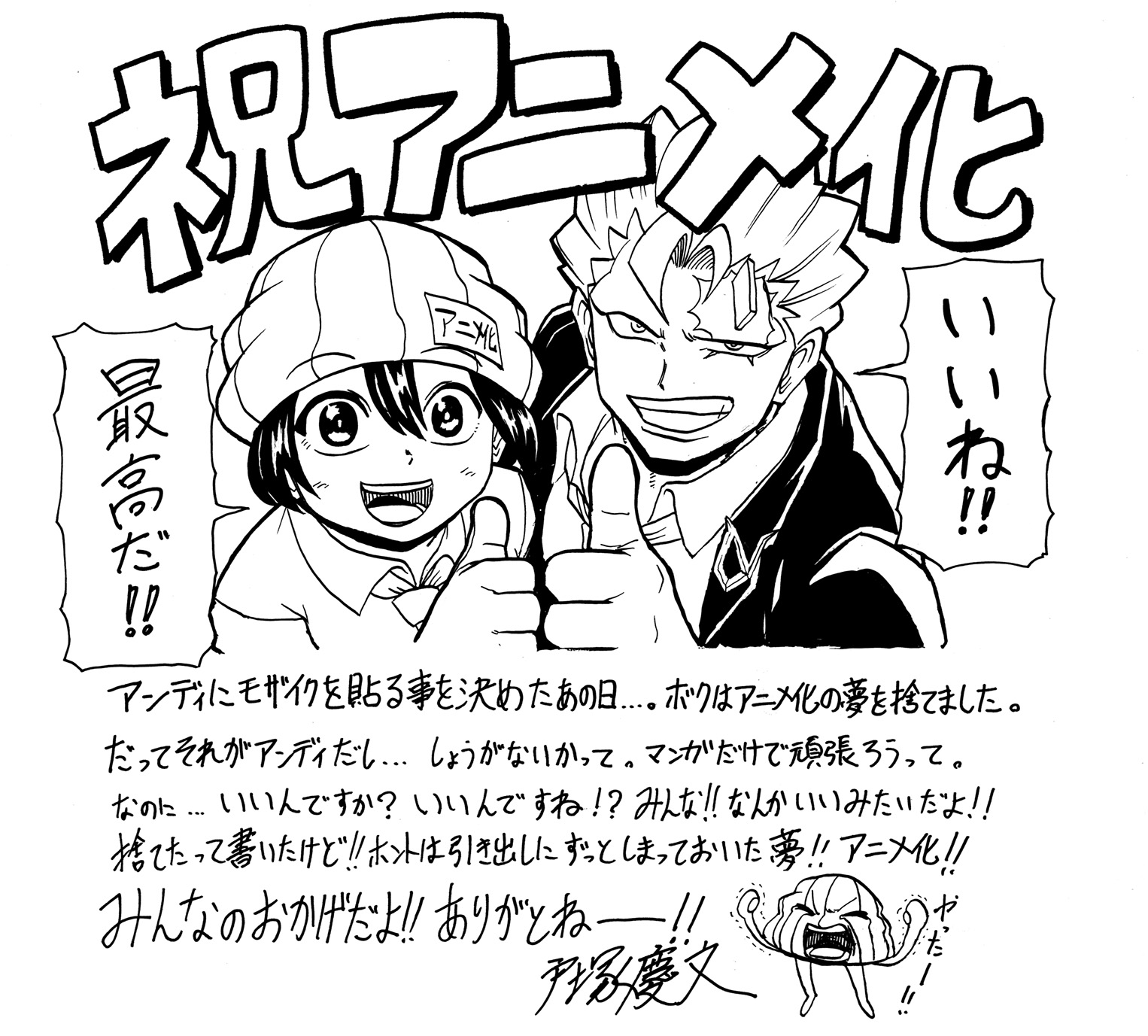 Additionally, in commemoration of the announcement, Shueisha released a promotional recap of the series to their Jump Comics YouTube channel.

As for the anime adaptation’s production team, the Undead Unluck Twitter account confirmed that the series will be a collaboration between David Productions (JoJo’s Bizarre Adventure: Stone Ocean)  and TMS Entertainment (Megalobox).

The former, who are currently working on the upcoming Urusuei Yatsura anime adaptation and the third season of Fire Force, will provide animation while the latter will provide production planning via their new Unlimited Produce division.

According to their website, Unlimited Produce is a new division of TMS Entertainment dedicated to produce anime in collaboration with other studios with the aim of further strengthening animation production business to meet the increase in global demand for anime.

Undead Unluck will be the division’s debut series. 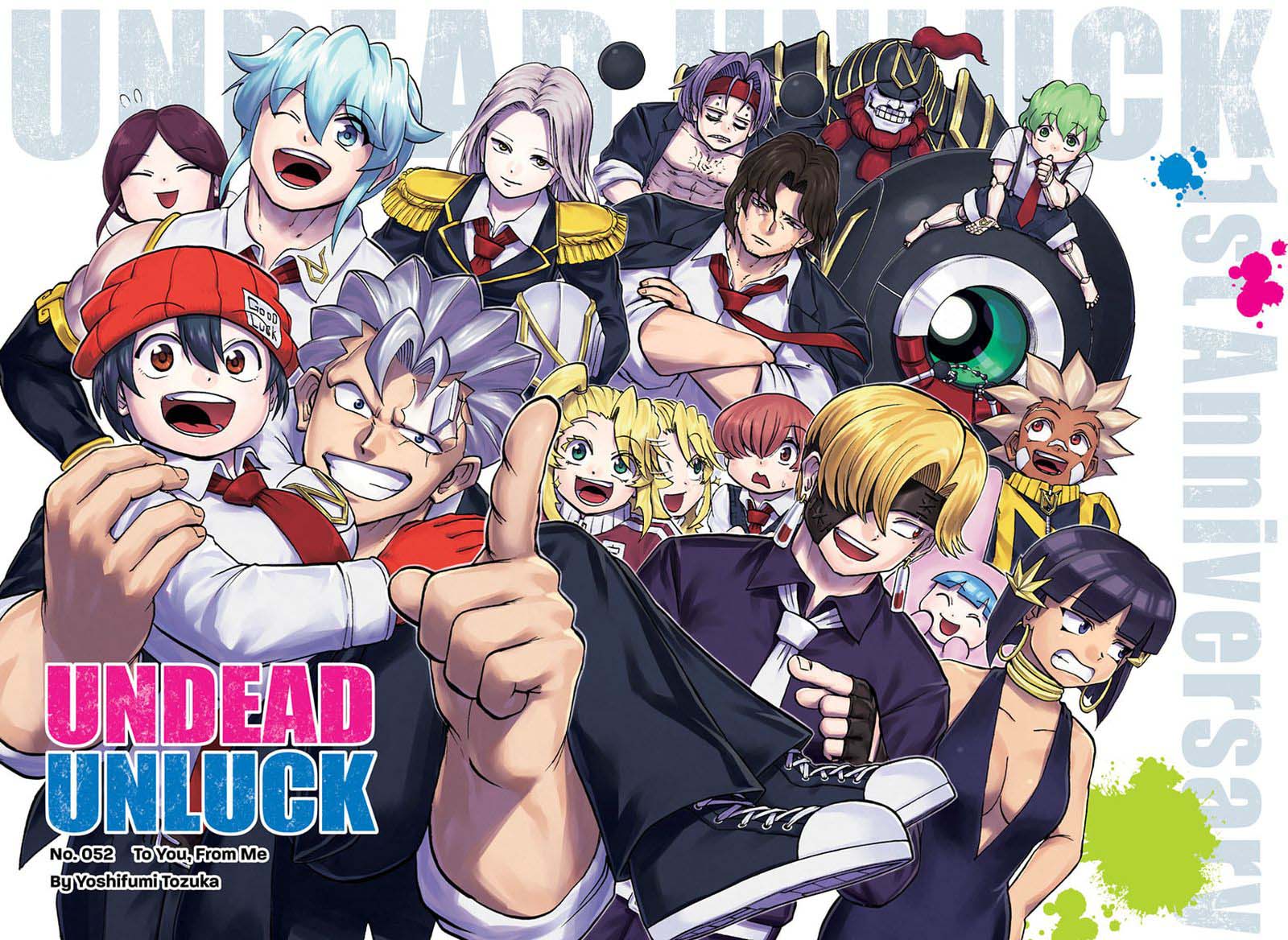 Source: Undead Unluck Chapter 52 “To You, From Me” (2021) Shueisha. Color Spread by Yoshifumi Tozuka.

The anime adaptation for Undead Unluck is scheduled to be released in 2023.

NEXT: MAPPA Revs Up The Hype For Chainsaw Man Anime, Reveals New Trailer And Release Date