Falling back on the favorite tired adage of every disingenuous industry member who seeks to justify changing a given source material for their own ends, House of the Dragon showrunners Ryan Condal has attempted to justify the HBO series’ race-swapping of House Valeryon on the grounds of it being the ‘current year‘. 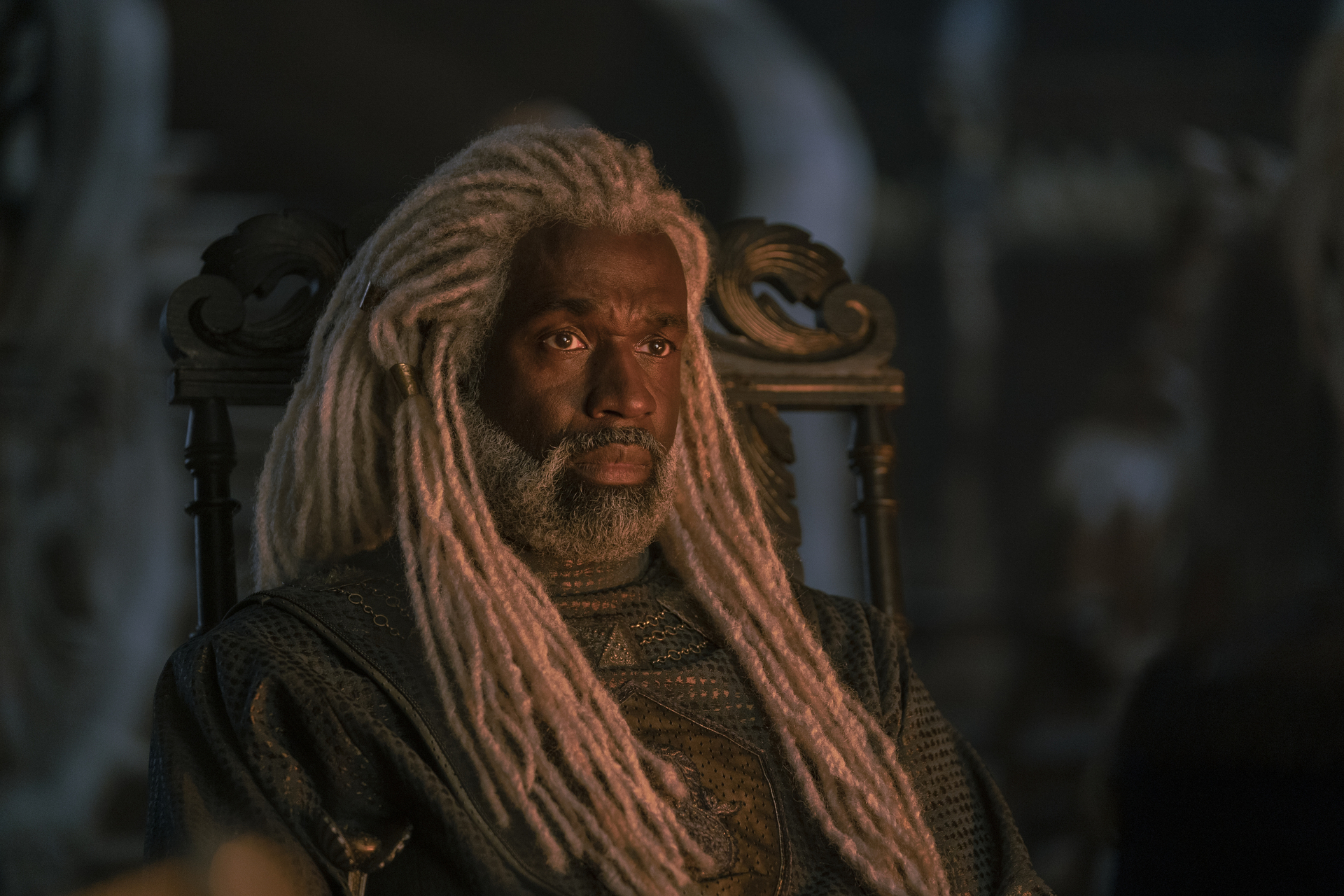 RELATED: House of the Dragon: ‘The Green Council’ (Episode 9) Review

Condal opened up about this notably change to George R.R. Martin’s original novels during an interview with TheWrap given as part of the outlet’s TheGrill interview series.

Asked by host Adam Chitwood if “the decision to make the Valeryons black” was “as simple as saying ‘We don’t want an all white cast,” the House of the Dragon showrunner asserted, “No, I think it was not that simple.”

“I think the reason that it’s been a successful choice – I mean, not everybody is ever going to be happy about it –  is because it was thought out,” Condal explained. 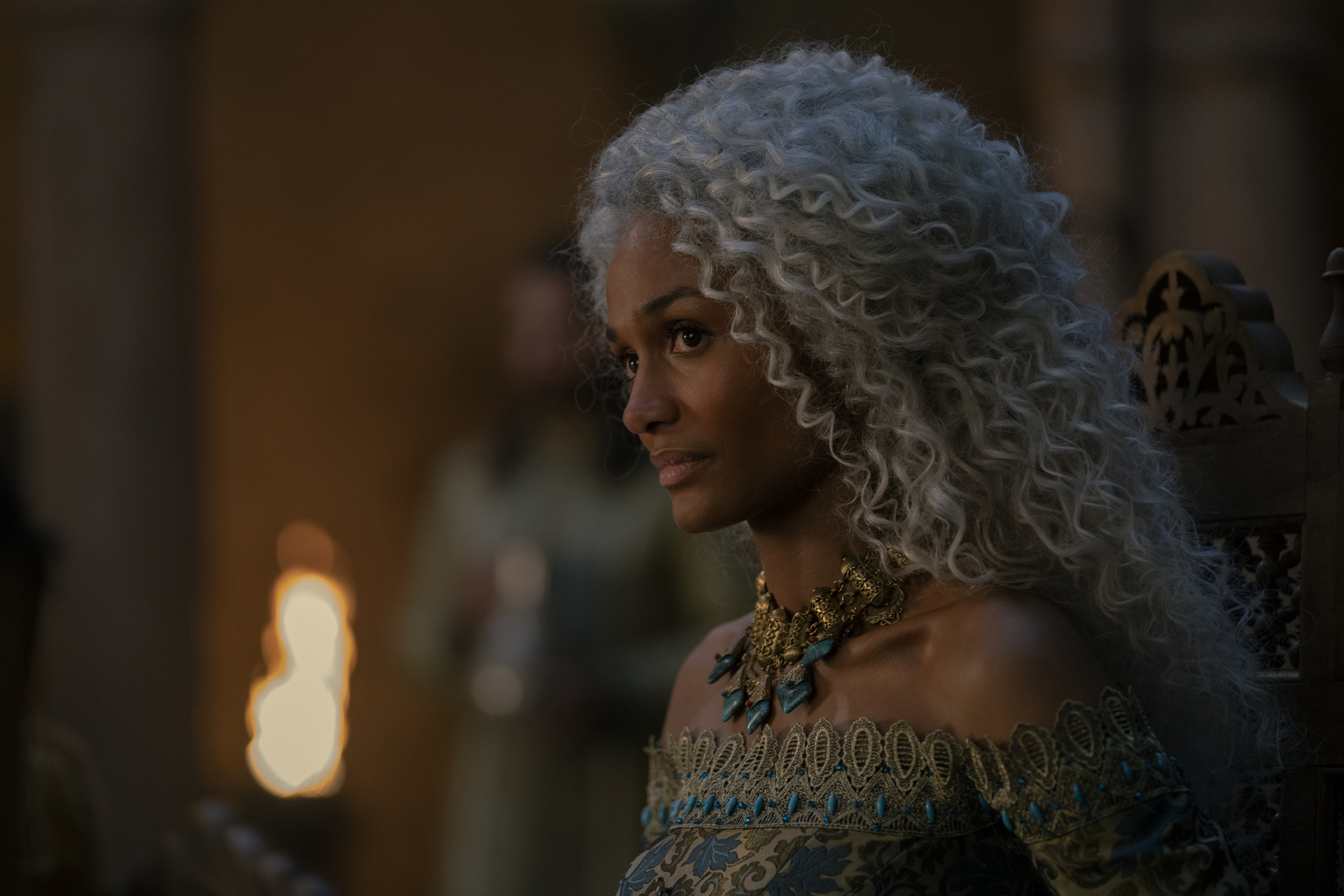 Further justifying the race-sawp, the showrunner then declared, “It’s 2022. It’s a different era than these shows used to be made in.”

“We have an incredibly diverse audience that’s not only across America, but in multiple countries that speak all sorts of different languages, that represent all the colors under the sun,  and it was really important to see some of that reflected up on screen,” he regurgitated of every Hollywood presser in the last decade. 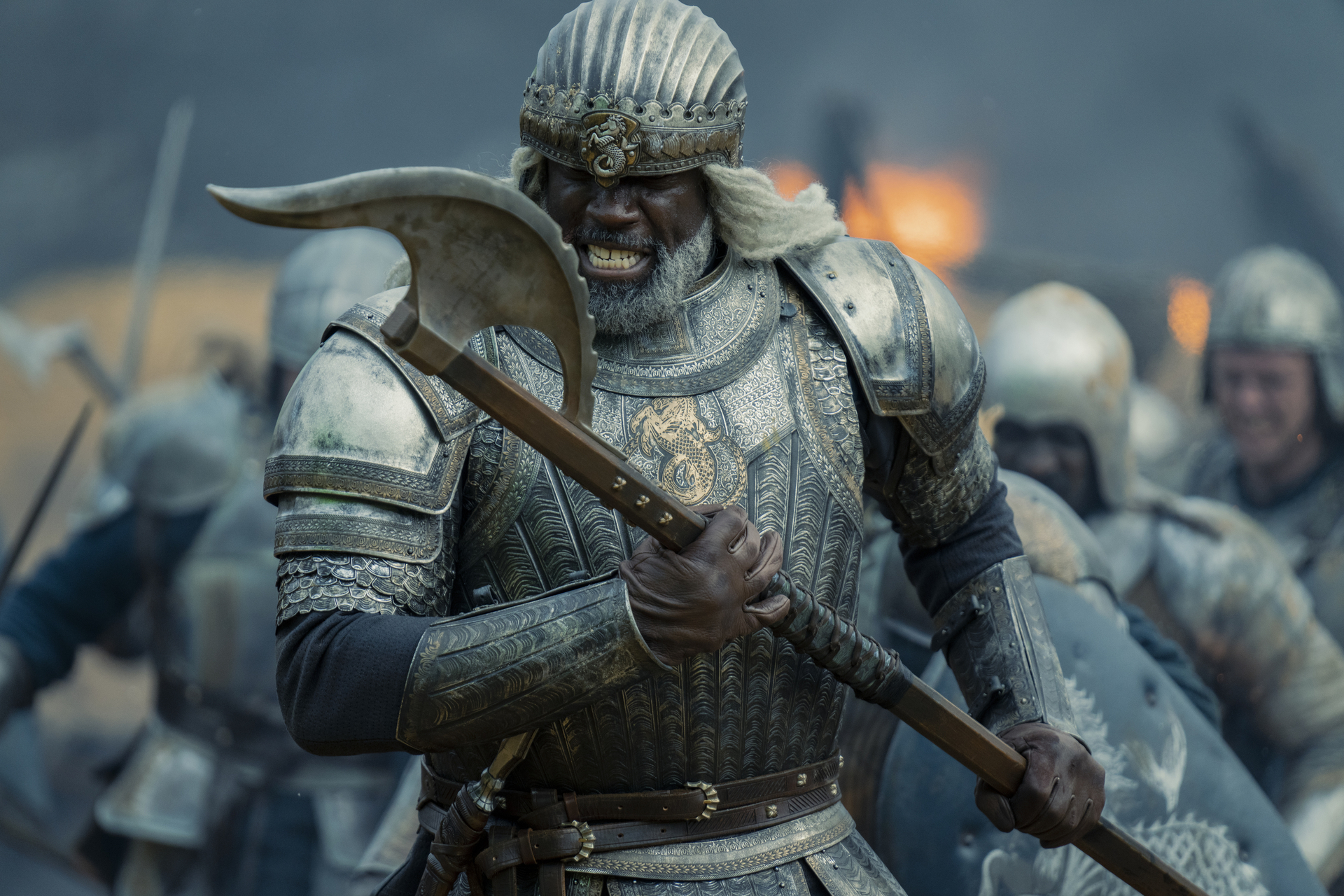 To that end, Condal argued that since House of the Dragon took place in “a fantasy world,” the inherent ‘make-believe’ nature of its setting allowed for such changes to be completely fair game.

“I think if this was a historical fiction piece, it would be a more nuanced discussion,” said the showrunner. “But I think simply because this is a fantasy world, if we believe in dragons, and shape-shifters and [the fictional canines] direwolves, we can believe everybody in the story is not white.” 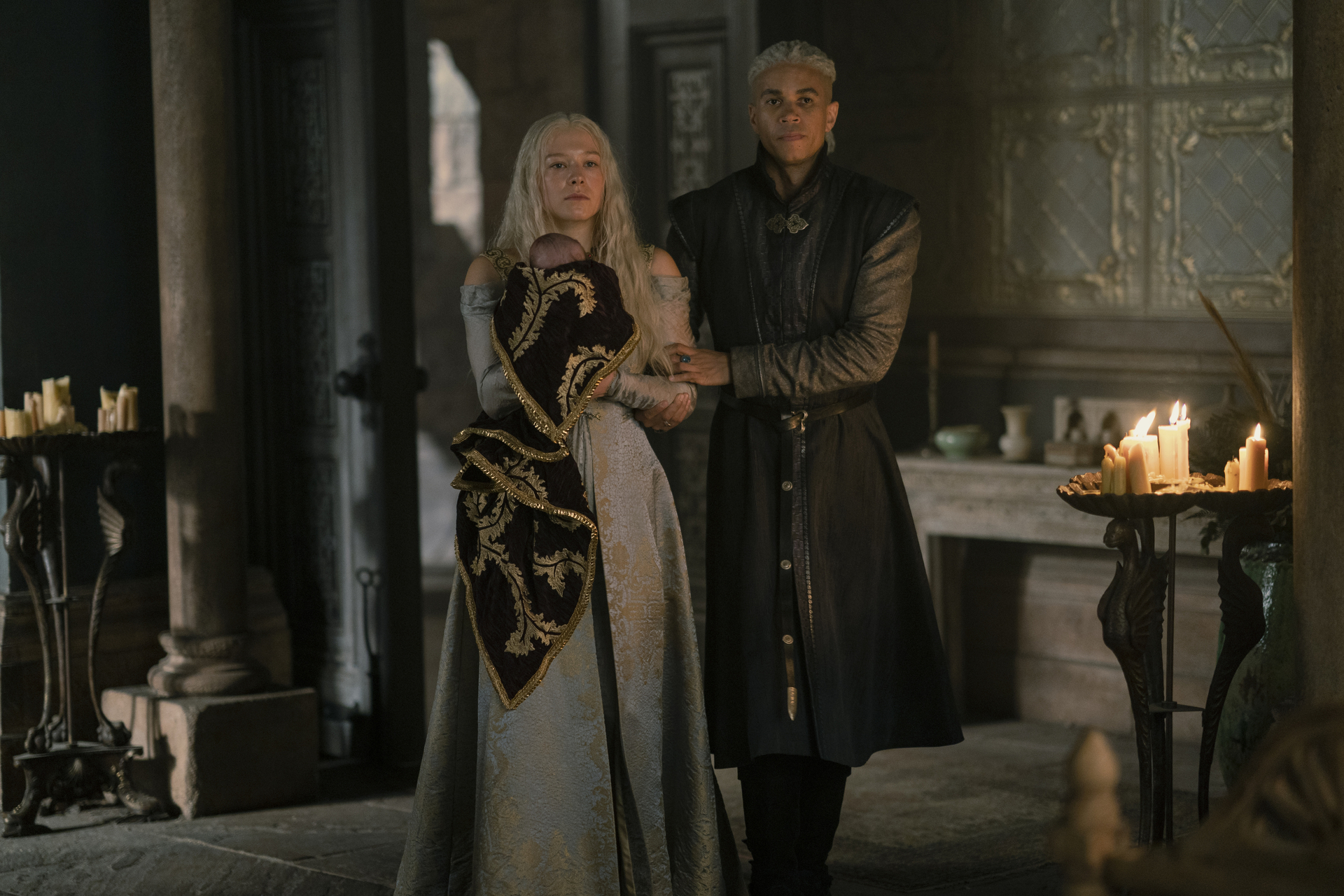 Speaking to why he and his co-season one showrunner Miguel Sapochnik specifically chose to take such a liberty with House Valeryon, Condal divulged that they “went to the Velaryons in particular was because that felt like the most fantastical race in the show.”

“It felt like these were people from a lost continent that we don’t really know that much about,” he continued. “We know they all have silver hair, we know they have an affinity for dragons, some of them, and we know they are seen, as quoted in the books and in the show, closer to gods than to men. So what does that all look like?” 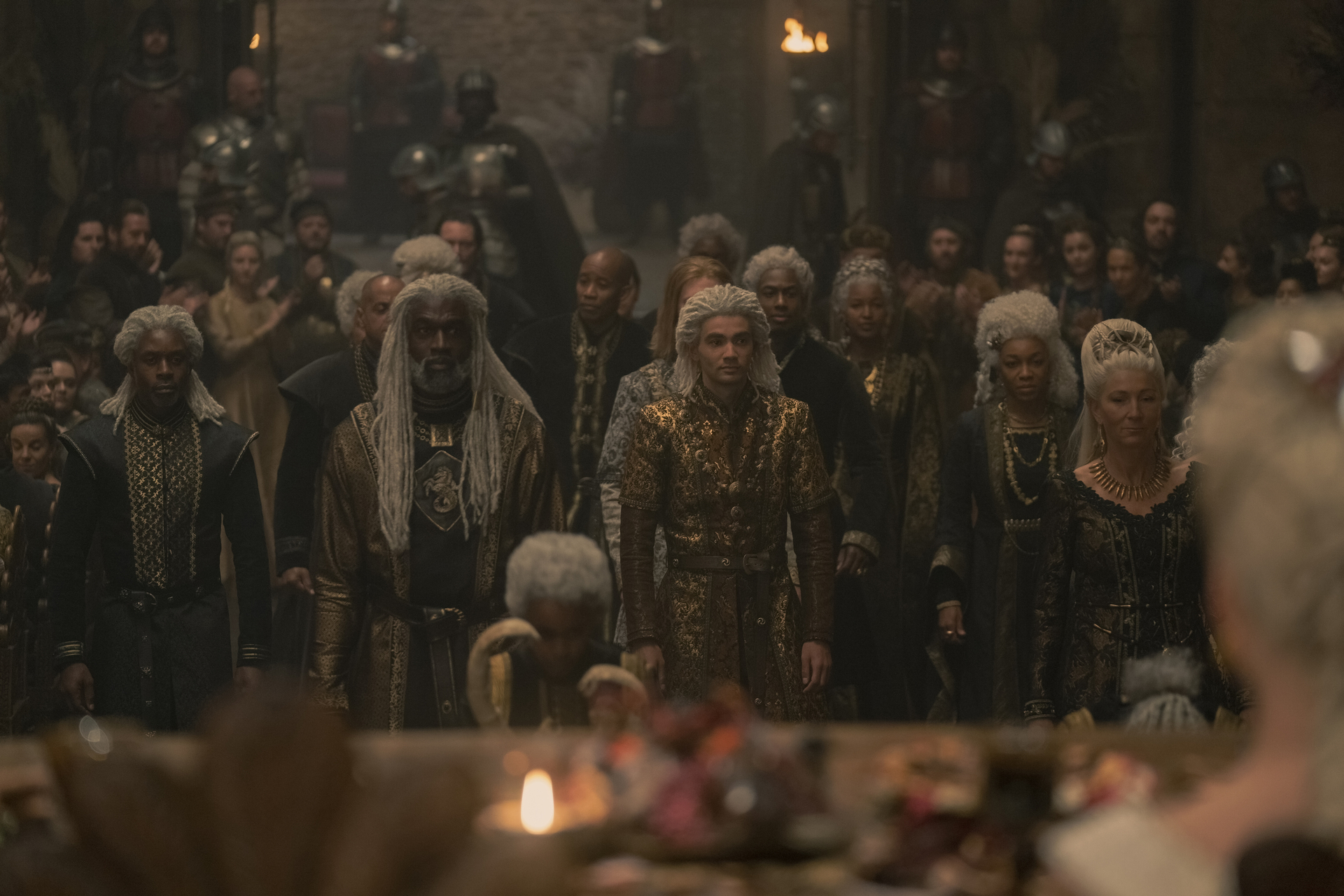 In rationializing this decision against the franchise’s established lore, Condal detailed, “I said: ‘Well, Valyria was this enormous continent, a very diverse and well-populated nation that fell into the sea. Why couldn’t there have been a line of Black Velaryons in that story?”

“I think if you’re willing to take that first leap of suspension of disbelief, you really come to [the idea that] it feels integrated and intrinsic to the show in a organic way,” he added. 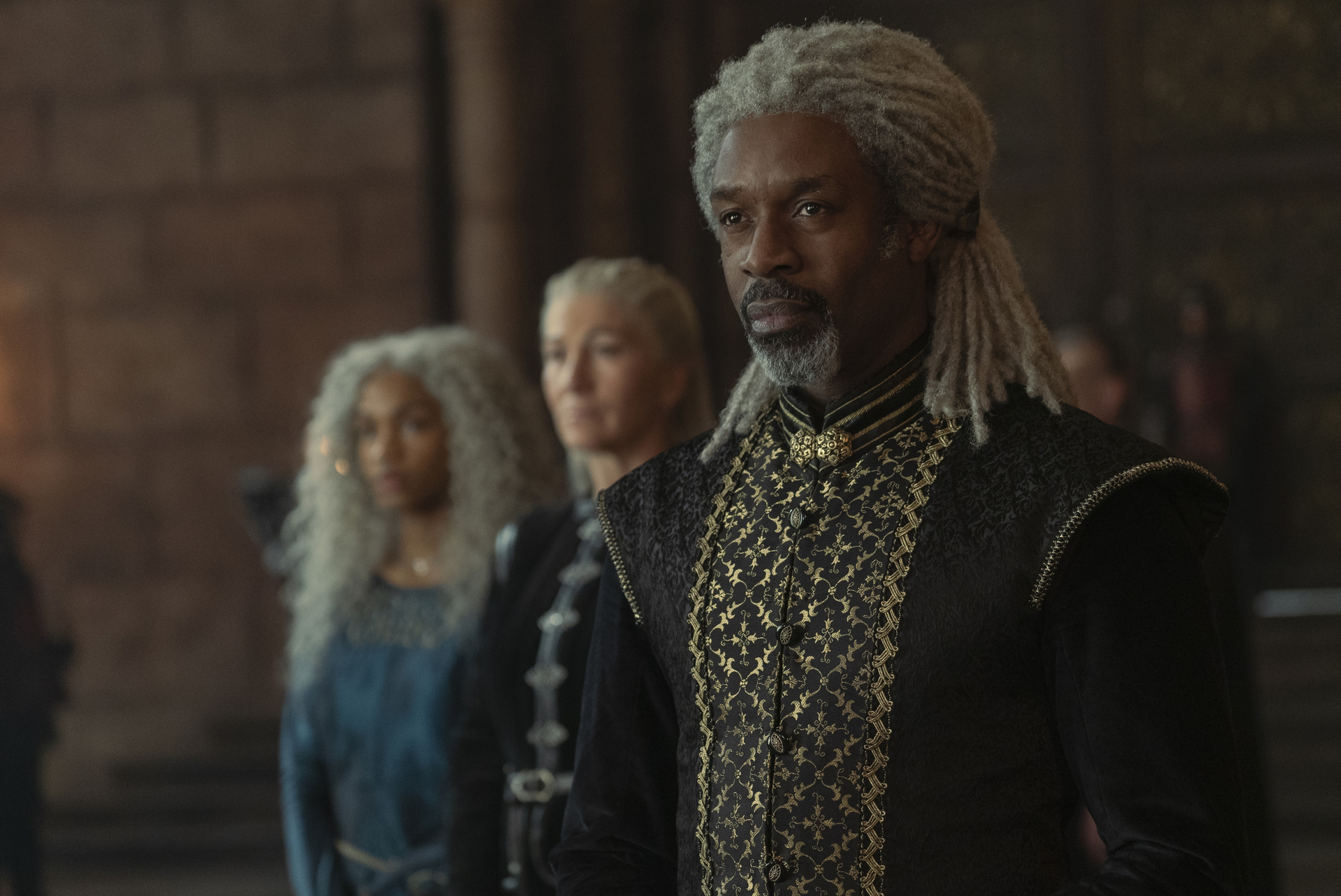 RELATED: ‘House of the Dragon’ Star Olivia Cooke Says She Was Directed To Play Queen Alicent “Like A Woman For Trump”

Condal also found himself supportive of the race-swap because he found that there were “a lot of visual benefits that [came] along with it.”

“And because Corlys has such a rich and diverse family line himself, just simply making that one turn on him to cast Steve Toussaint, his entire family becomes then a diverse cast,” said the showrunner. “And it’s a really interesting way to populate the show with a bunch of different faces that you may not have seen in another high fantasy show or in the original series.” 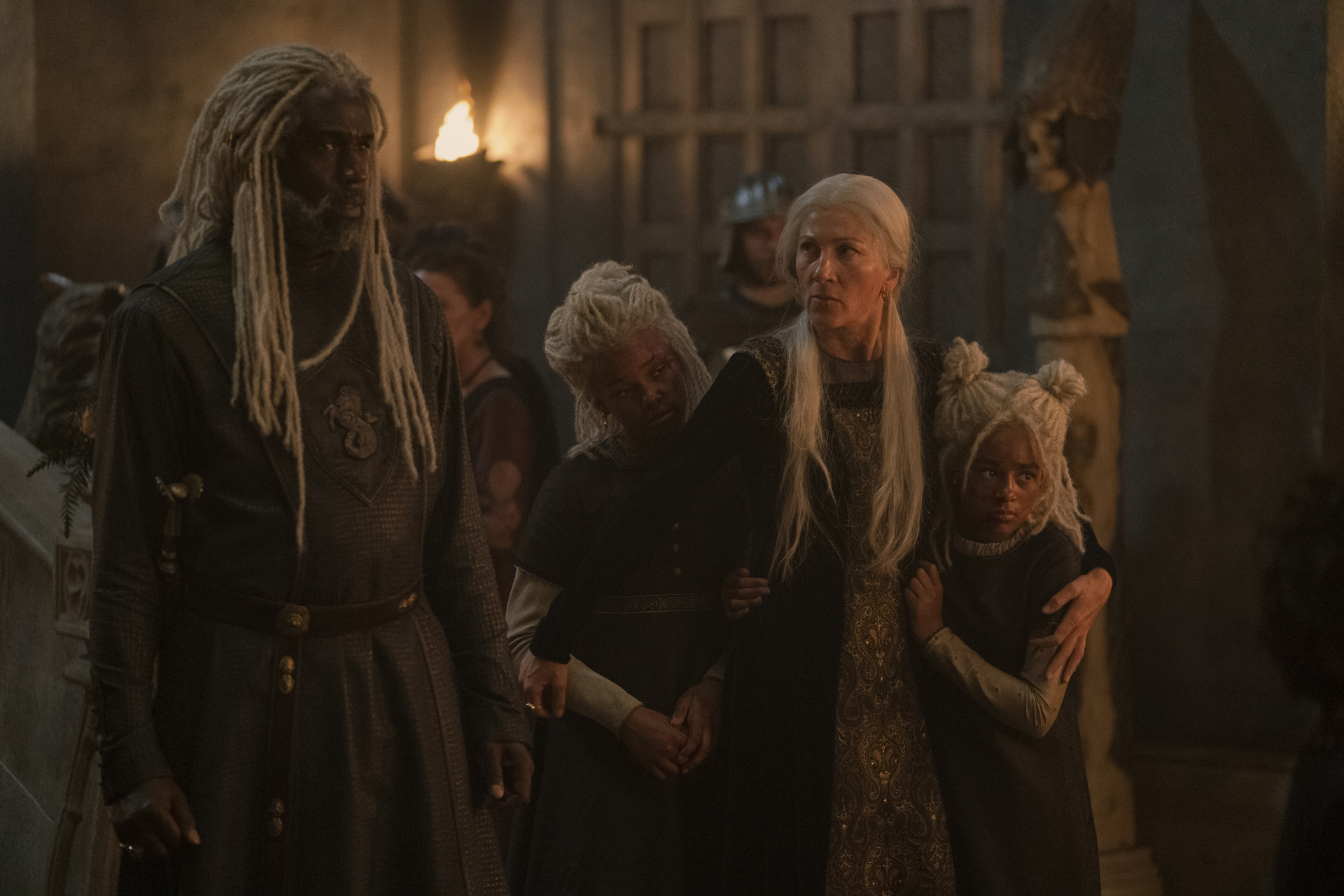 Unsurprisingly, Condal’s defense of House Valeryon’s darker-skinned depiction in House of the Dragon echoes a similar rhetoric on the topic previously put forth by the aforementioned Toussaint. 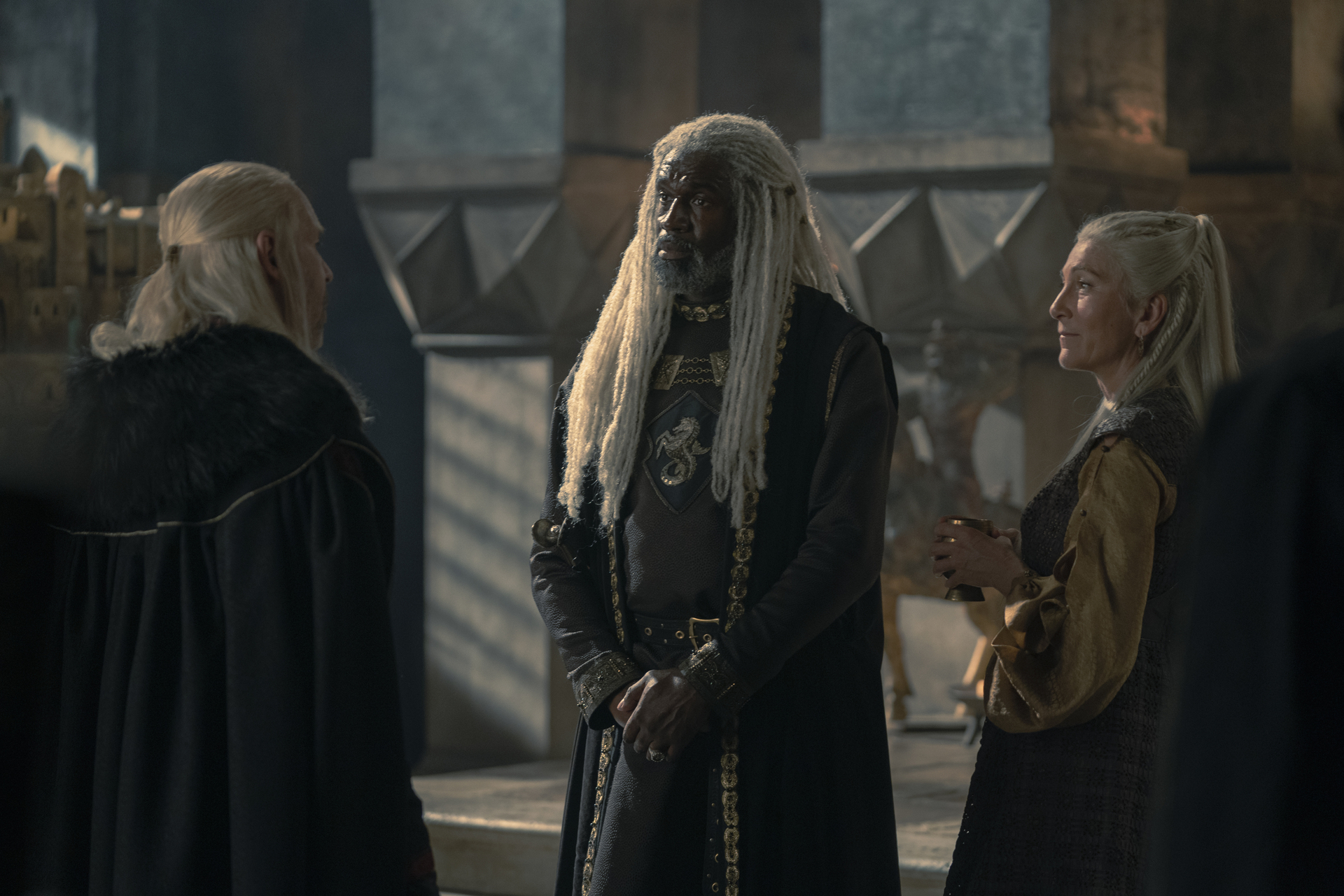 Reflecting on how it felt to join such a popular franchise as Game of Thrones during an August 2022 interview Men’s Health, the actor recalled to outlet contributor Hanna Flint, “What has been wonderful is for every toxic person that has somehow found their way into my timeline, there have been so many others who have been so supportive and been like, ‘Oh my god, I can’t wait, this is going to be great!’”

“Even when we were doing certain scenes,” he added, “there would be supporting artists who would come up and go, ‘It’s great to have this representation.’” 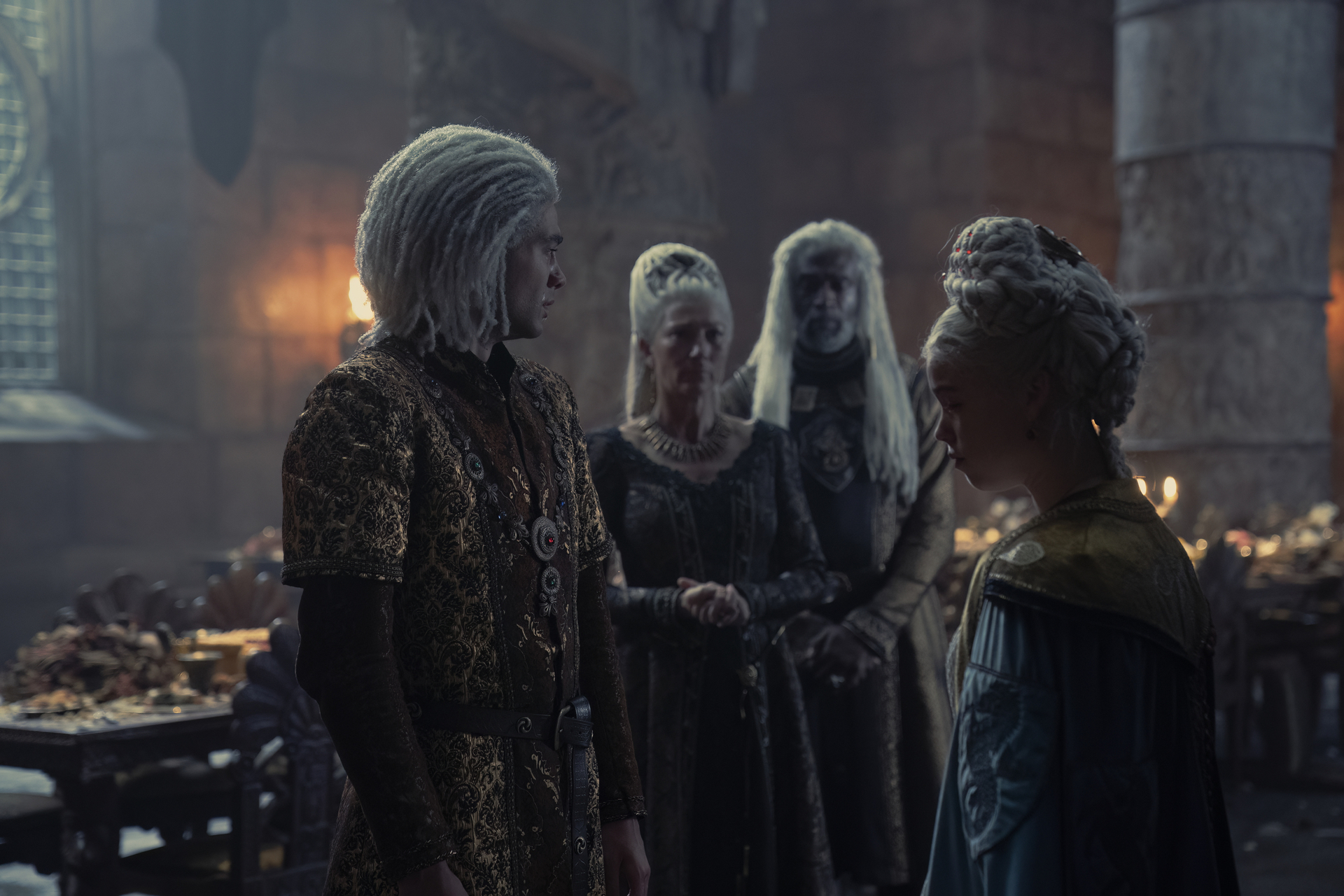 Met with a response of “Yeah, it’s like when people get annoyed about diversity in period dramas,” from Flint, who added “First of all, people of color existed in the past. Secondly, if you care more about a guy’s skin color than the fact that everyone’s miraculously got gorgeous teeth, it just shows your prejudice,” Toussaint affirmed, “That’s so true.”

“So many people are basing their idea of the history of this country on a few films and stuff that were made in the ’50s, ’60s and ’70s, which don’t bear any resemblance to the truth,” said the actor. “Historically, people of my hue and your hue, we didn’t just turn up here in the ’70s or the ’60s.” 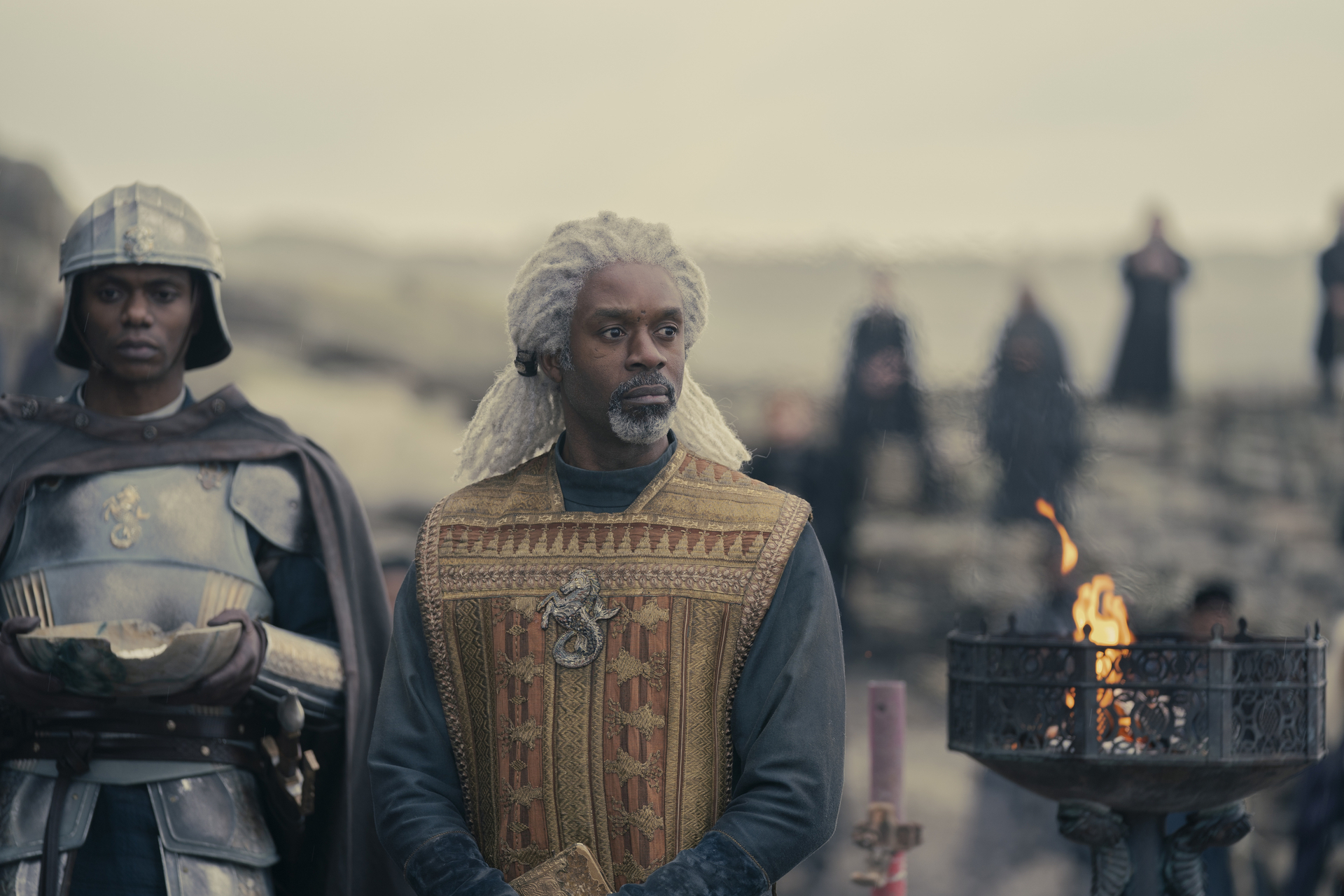 “There was a point when the ruler of his country, ‘the Caesar’, was an African man,” he continued [It’s unclear to which country and leader Toussaint is referring to]. “There are street names that tell you there were people who looked like us in this country even then, but for some reason, it seems to be very hard for people to swallow.”

“And as you said, they are happy with a dragon flying,” Toussaint ultimately and flippantly dismissed his critic’s concerns. “They’re happy with white hair and violet-colored eyes, but a rich Black guy? [To them] That’s beyond the pale.” 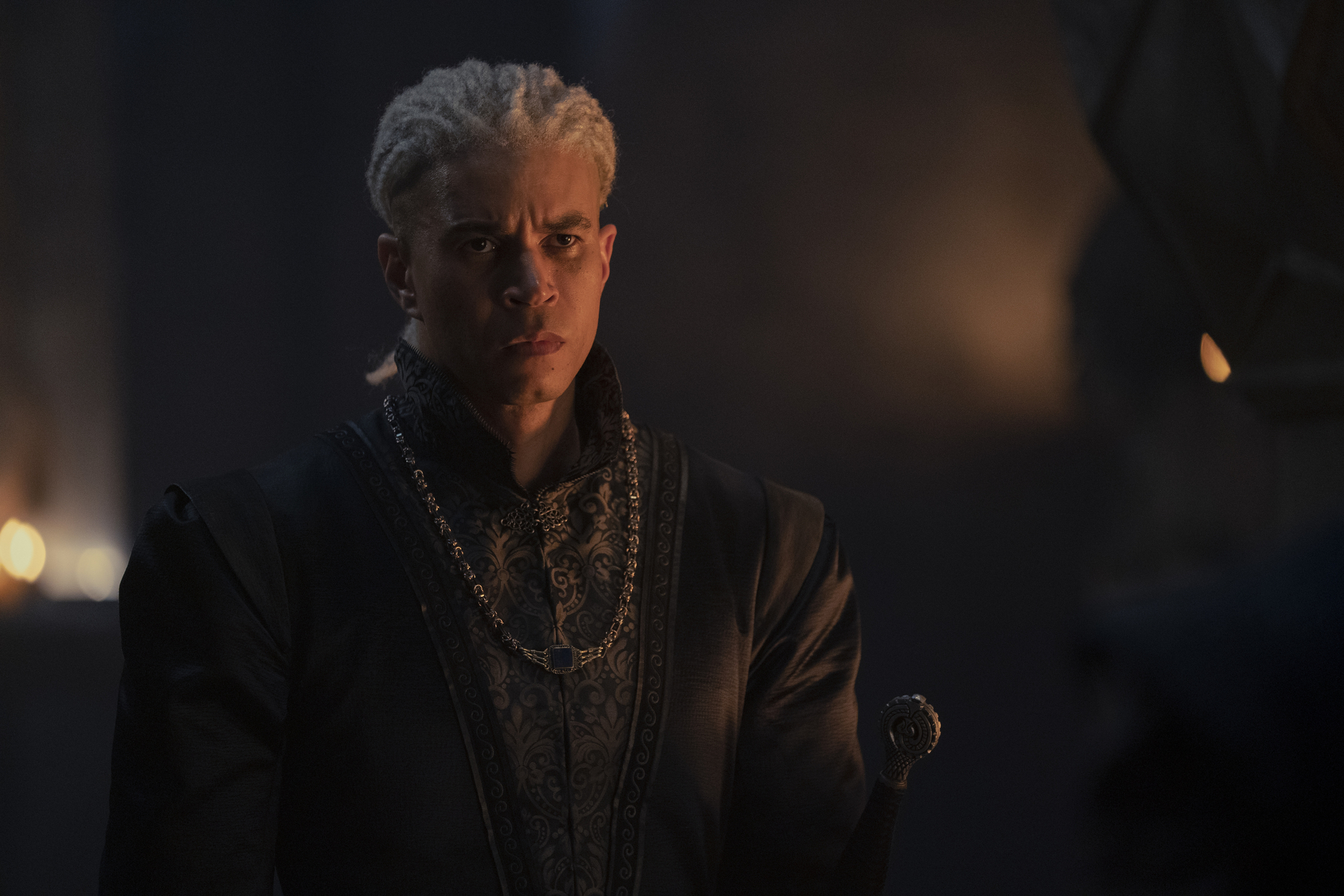 House of the Dragon currently airs Sunday nights on HBO. 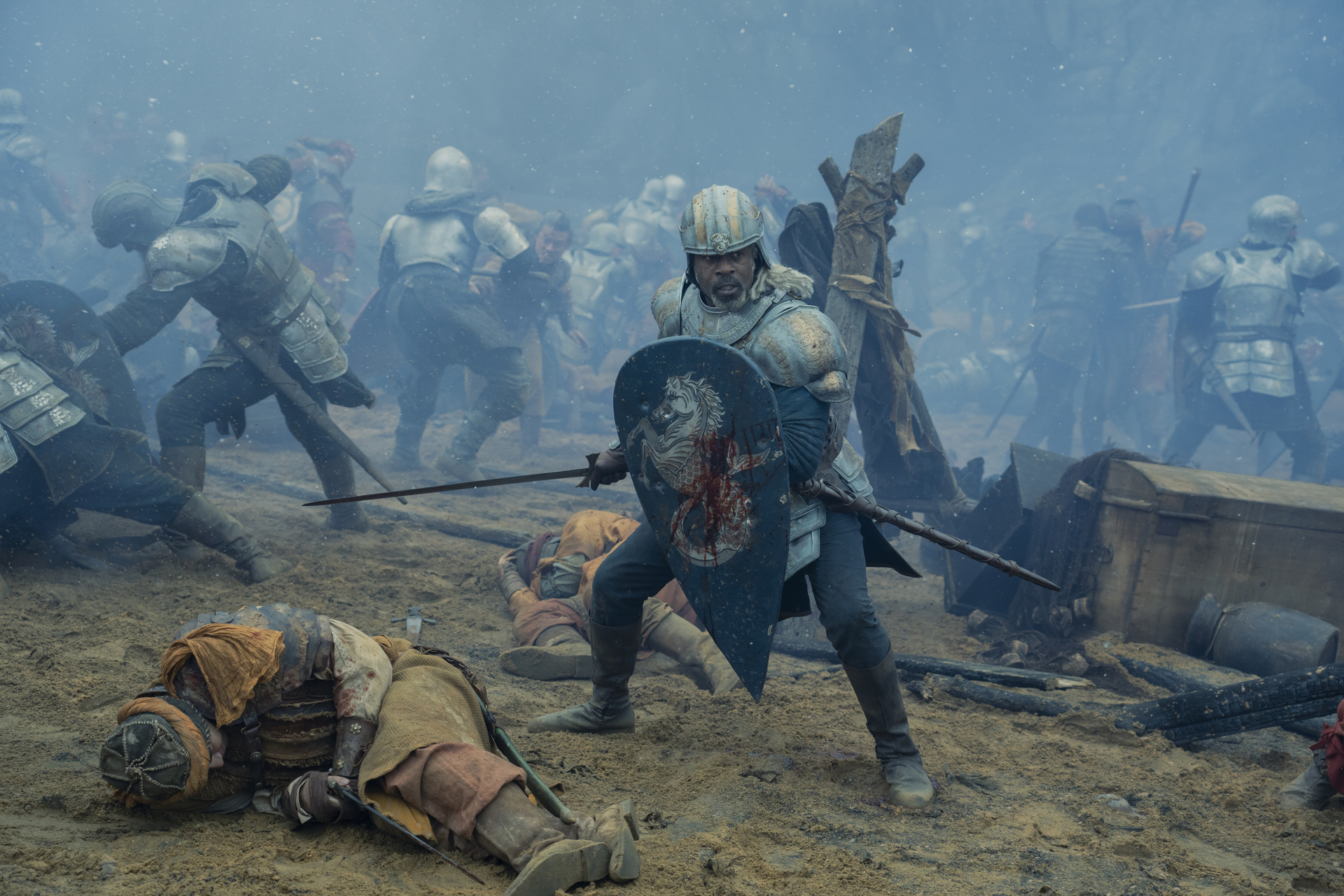