In an almost beat-for-beat repeat of the discourse surrounding the self-perpetuated-but-ultimately-false hopes of the LGBTQ community that Splatoon 3’s Shiver was non-binary, various Nintendo sources have deconfirmed recent speculation that newly revealed Pokémon Scarlet & Violet Gym Leader Iono is a non-binary and transgender character. 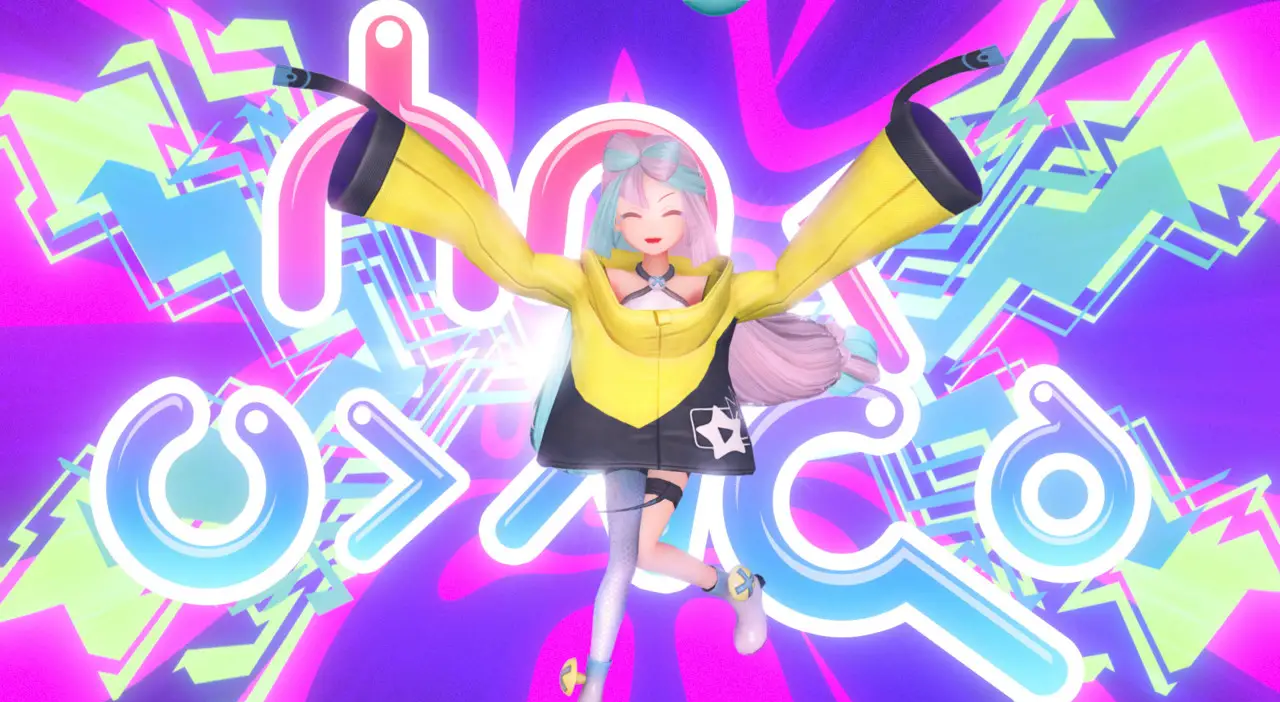 Revealed to the world on October 12th via the official Pokémon YouTube channel, Iono is the pint-sized Electric-type gym leader of the Paldea region’s Levincia city.

When not testing the mettle of challenging trainers, the blue-and-pink-haired, oversized-yellow-sweater-clad Iono spends her free time serving as the titular internet personality behind the Iono Zone livestream.

Shortly after Iono’s reveal, taking notice of both her color pallet and the lack of pronouns in her introductory tweet from the official Pokémon Twitter account, the founder of popular Pokémon fansite Bulbagarden Liam Pomfret posited the possibility that the Electric-type trainer could identify as non-binary and transgender.

“Worth noting that, alongside being a bokukko (i.e. feminine presenting while using the masculine pronoun ‘boku’)” stated one of, if not the most prominent proponents of the idea. “The colours of Iono’s hair and Magnemite hair accessories appear to evoke the transgender flag.” 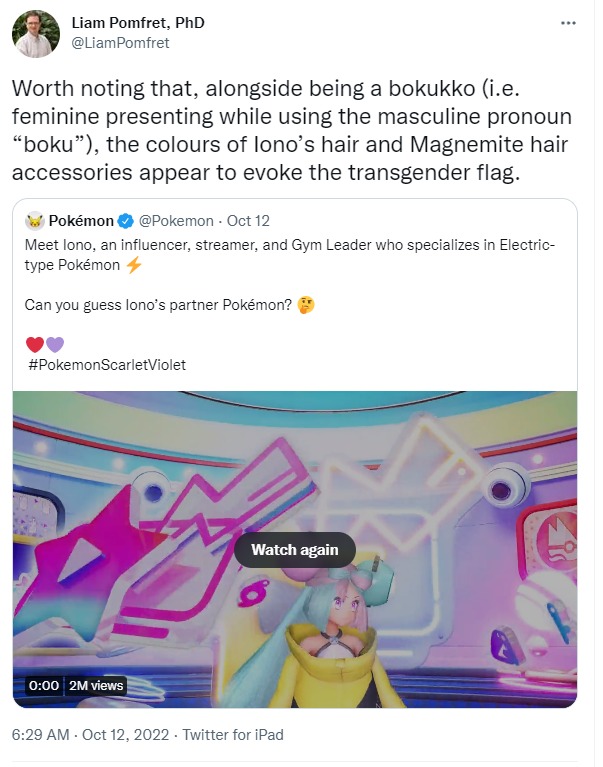 “Interestingly, Iono’s names in the different languages are basically all a bunch of references to concepts related to questions and mystery,” he continued. “I haven’t checked all languages yet, but I’m also seeing a lack of gendered language in how the official accounts introduced them as well.”

Ultimately, Pomfret closed his speculation with the acknowledgement that “it appears the Spanish language account did use explicitly feminine language (‘la influencer’).”

“Mind you, I’m given to understand Spanish doesn’t really have gender neutral terms, and it seems like it’d be difficult to phrase this without any gendered terms,” he concluded, “so… *shrugs*.” 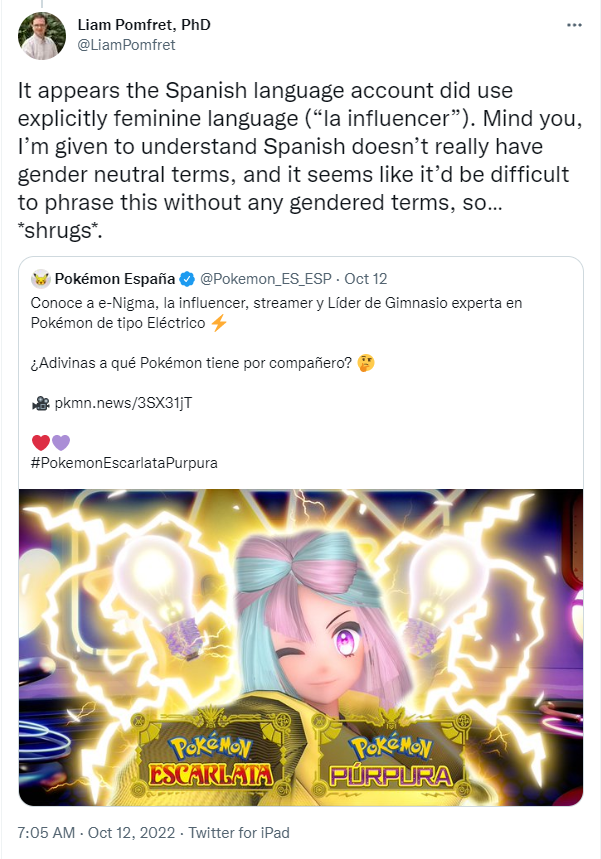 Unfortunately for Pomreft, his theory would have the lights turned off on it less than twenty-four hours after he put it forward when an update to the official English Pokémon website confirmed that Iono did not identify as a non-binary and transgender individual, but rather a girl who uses feminine pronouns.

“Smash That Like Button for Iono, the Supercharged Streamer,” read an official piece of marketing copy shared by Nintendo. “Get amped up to meet this electrifying Gym Leader in Pokémon Scarlet and Pokémon Violet – but who is her partner Pokémon?” 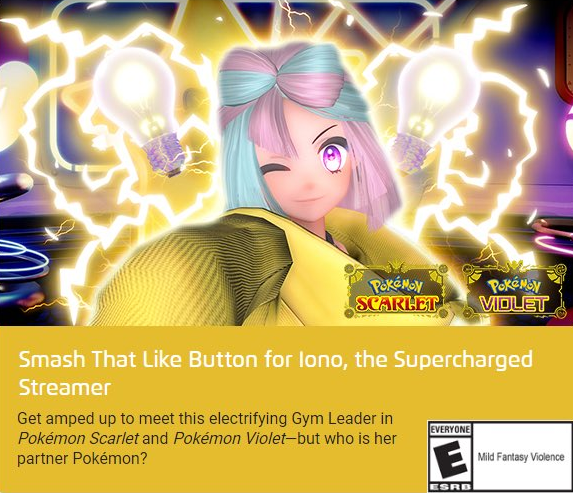 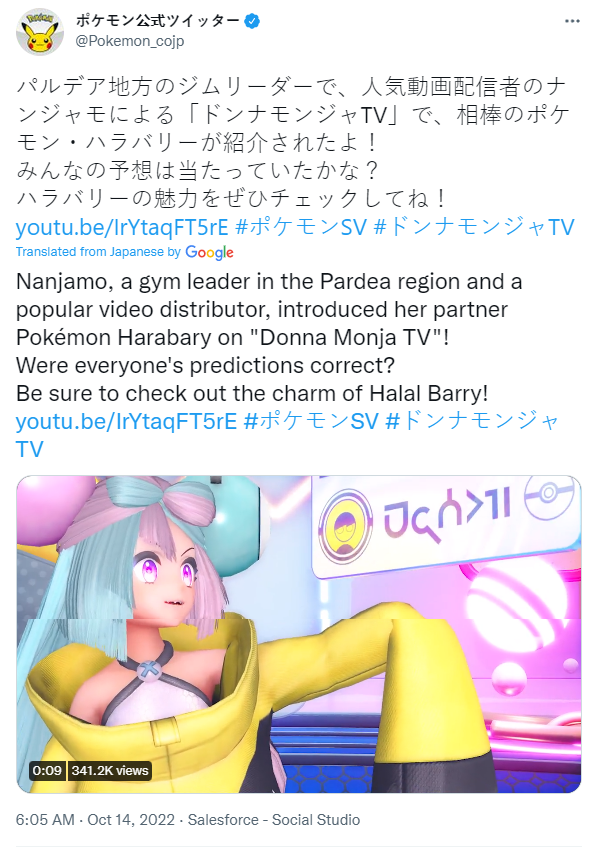 The Levincia Gym leader’s feminine identity was also explicitly confirmed in her character profile, as published on the official Pokémon website.

“Iono is the Gym Leader of Levincia, one of the Paldea region’s prominent cities, specializing in Electric-type Pokémon,” reads said profile. “She’s also known as the Supercharged Streamer, having gained popularity as the host of the Iono Zone.”

“She even streams her work as a Gym Leader and seems to place great emphasis on viewer engagement on her channel and the number of views she gets.” it adds. “Her catchphrases include: Your eyeballs are MINE—caught in my Electroweb! and ‘Ello, ‘ello, hola! Ciao and Bonjour!” 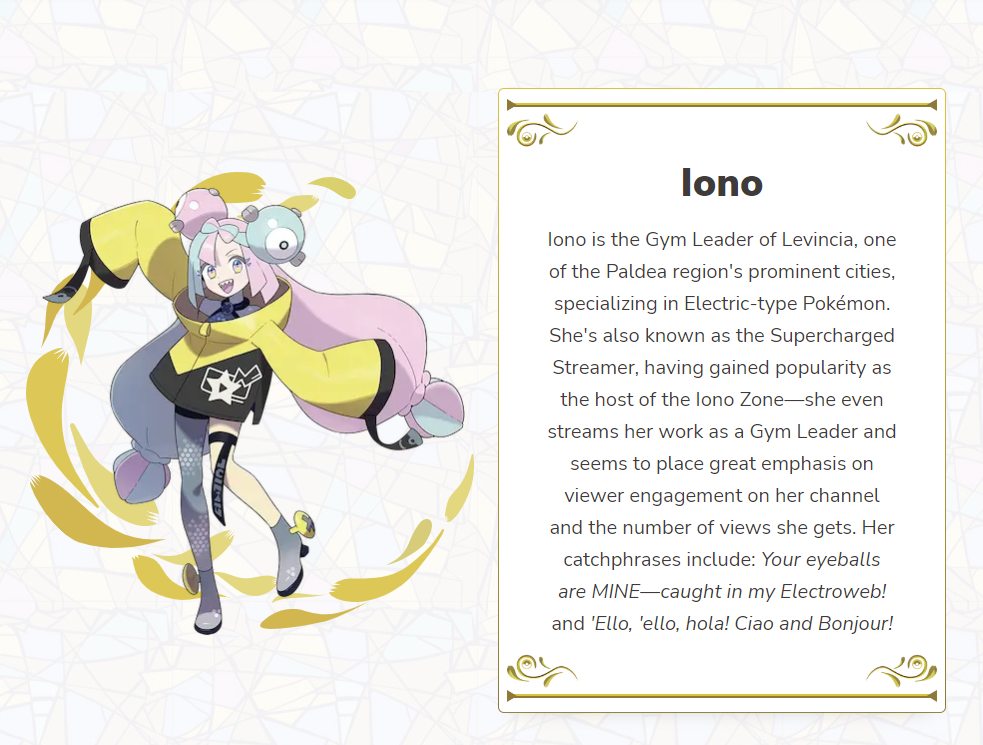 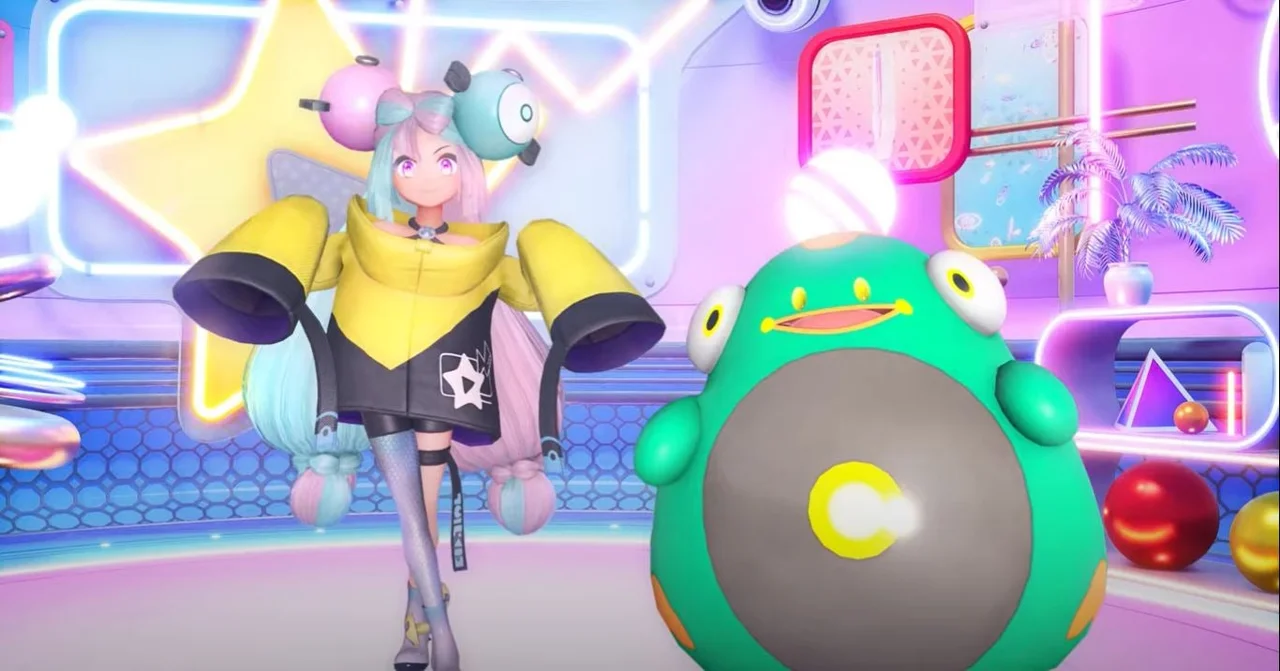