Former Saturday Night Live cast member and Daddy Daughter Trip actor/director Rob Schneider has recently revealed that he’s moved from California to Arizona because he’s “had it with the Democratic Party.” 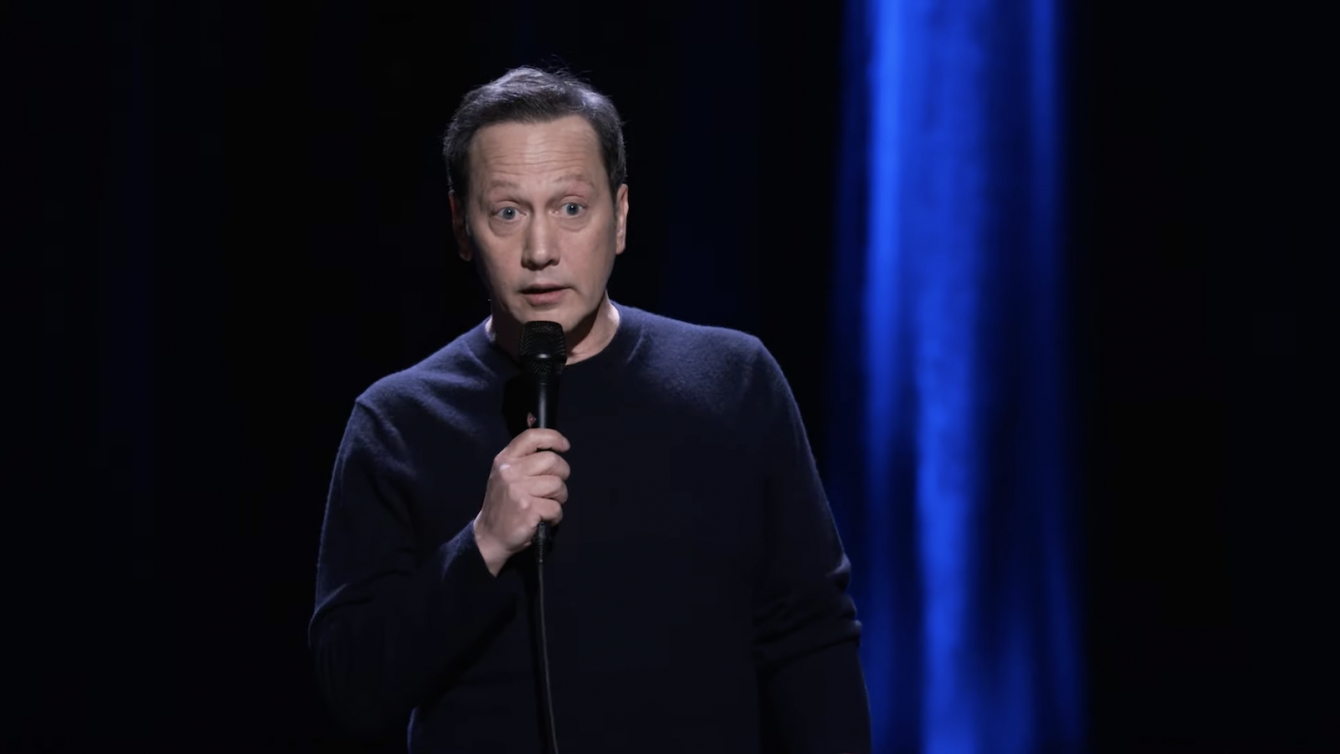 During a recent interview with Fox News, the comedian briefly weighed in on former Congresswoman and presidential candidate Tulsi Gabbard leaving the Democratic Party; a decision Schneider himself made in the past.

On Gabbard’s decision to leave the party, the comedian said, “It shouldn’t be such a shock. We don’t get 10 parties, we get two, you know. And I really feel… I don’t want the Democratic Party trying to run my life.”

“There’s not one aspect of your life that they don’t want to interfere with. So I had it with [the Democratic Party]” Schneider fervently declared.

“I got out of California and moved to the ‘slightly freer’ state of Arizona,” the actor jokingly revealed, before briefly touching on the reason that made him change his opinion on the Left-wing party. 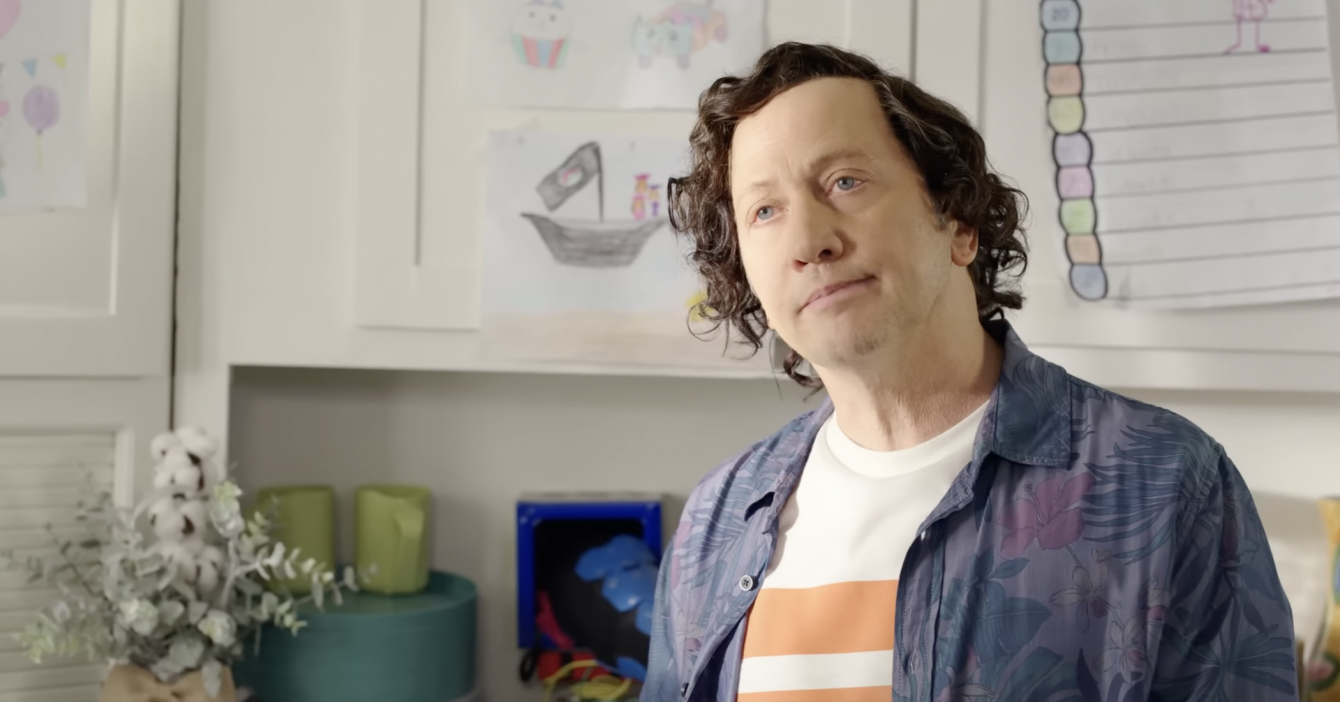 After jokingly emphasising that he “had” to be a Democrat in the infamously liberal city of San Francisco, and cheekily asserting that the Blue state’s high taxes influenced his decision to move to Arizona, Schneider puts the blame entirely on California Governor Gavin Newsom.

“Newsom pushed me over the edge,” the comedian admitted. “I mean, it’s just like… I don’t think your life gets better [in California]. It gets worse.” Another point of contention is cancel culture as a whole, which tends to negatively impact the careers of individuals who embrace traditionally conservative values; an issue particularly exacerbating for Hollywood actors like Schneider. 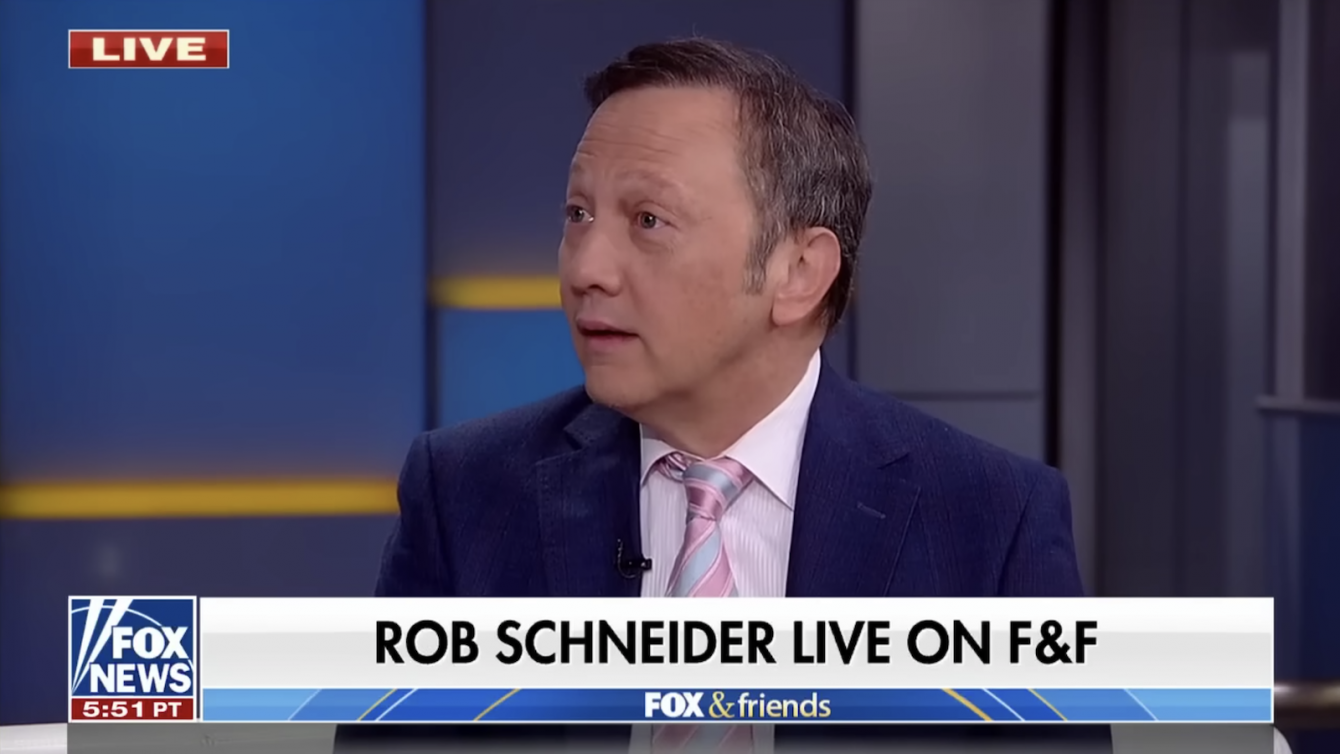 “Rob Schneider: I’ve had it with the Democratic Party!” – Fox News, YouTube

“As an actor, you’re always coming from a place you’re trying to get work,” the actor explained. “But at a certain point, you have to worry. I’m in my 50s now. Late 50s. I worry about the freedoms of my kids.”

“I’m a grandfather now so, at a certain point, you know something’s wrong when people say, ‘If you put God, and family, and country first, that’s somehow controversial,” Schneider decried, further rhetorically inquiring, “How is that controversial?” 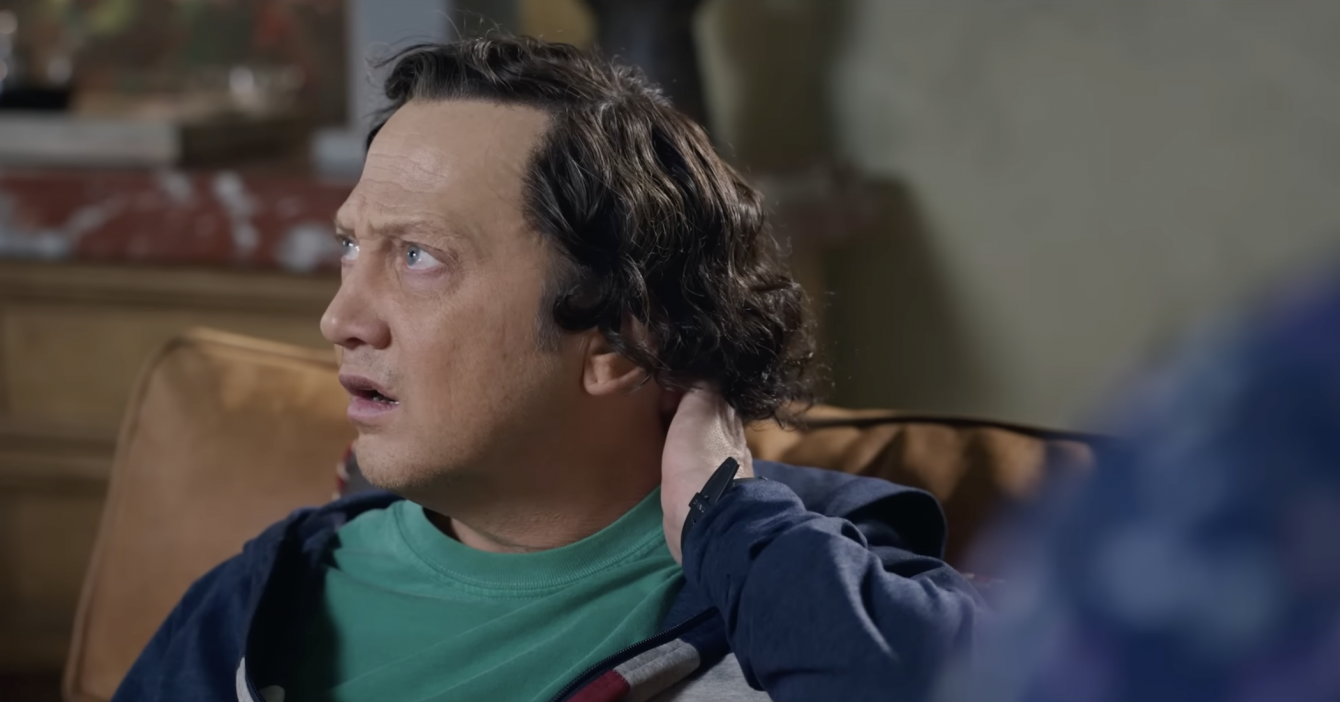 Interestingly, Rob Schneider mentions that most of his Hollywood friends are people who share his own conservative values, but choose to keep their politics to themselves because they are afraid it could jeopardise their careers.

“A lot of people that I’m friends with in Hollywood… they lean towards the Right, but they’re just scared of [cancel culture] because it really is like a mob of ideologues that, you feel, will attack you. And it’s really not necessarily based on anything, but it’s really like a religious architecture in their thinking.” 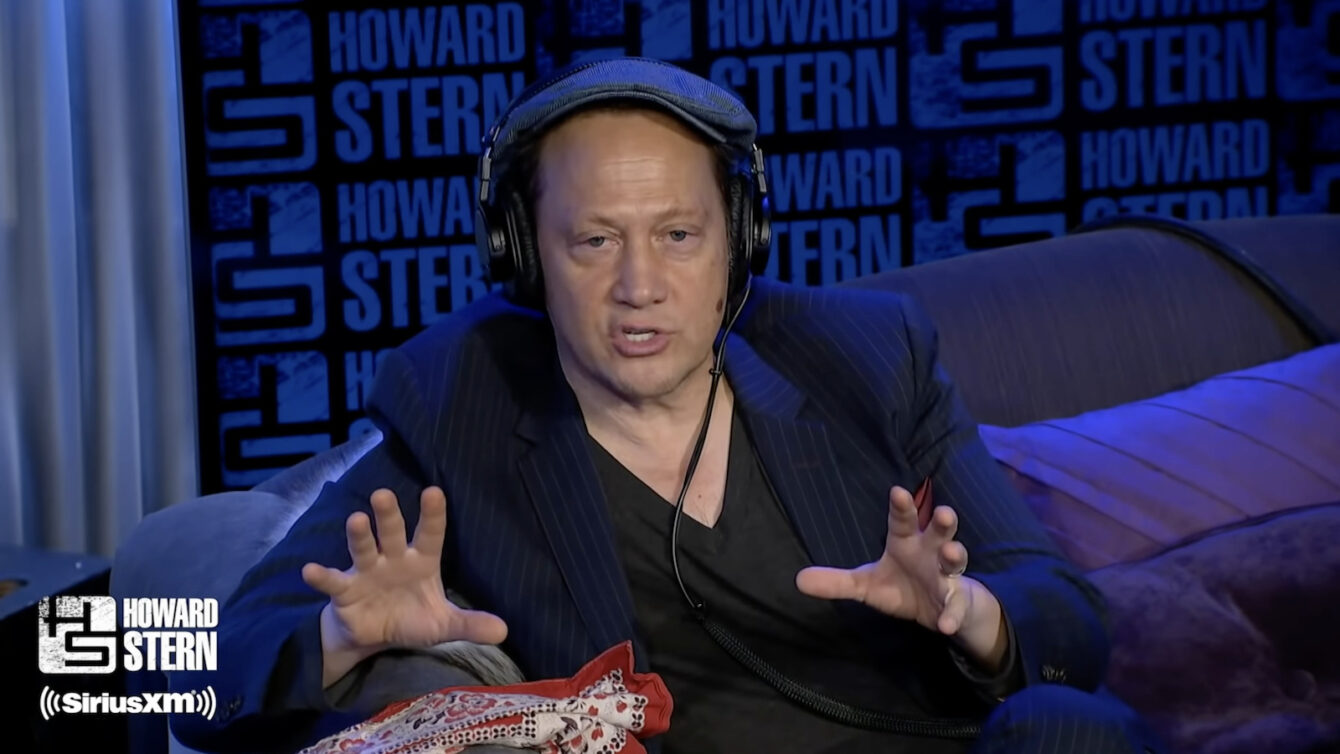 Earlier this week, Uncharted and Father Stu star Mark Wahlberg also made public his decision to move from California to Nevada in an effort to “be able to give my kids a better life” — echoing Rob Schneider’s sentiment.

“I moved to Nevada where after this gubernatorial election, hopefully it will go to legislation and get a bill passed so we can get tax credit for the state — build a state-of-the-art studio here and make this Hollywood 2.0,” Wahlberg explained in an interview with CBS’ The Talk.

He continued, “I want to be able to work from home,” adding, “I moved to California many years ago to pursue acting and I’ve only made a couple of movies in the entire time that I was there. So, to be able to give my kids a better life and follow and pursue their dreams, whether it be my daughter as an equestrian, my son as a basketball player, my younger son as a golfer, this made a lot more sense for us.”

“To go and to hopefully build a studio, as well as a shoe factory and a factory for [my sport utility gear company] Municipal,” he concluded. “We came here to just kind of give ourselves a new look, a fresh start for the kids, and there’s lot of opportunity here. I’m really excited about the future.” 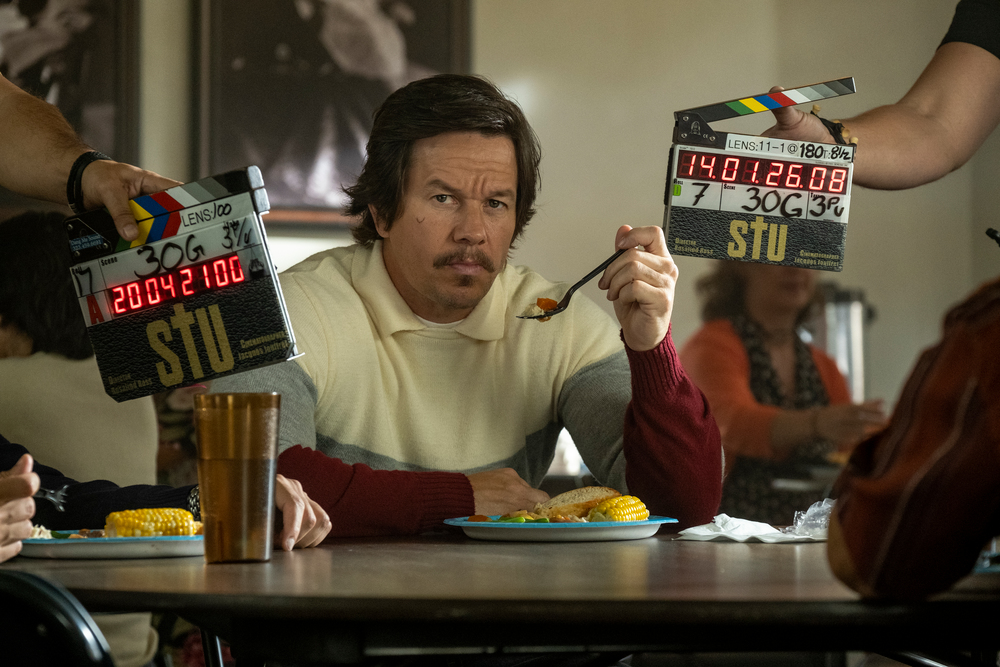 Mark Wahlberg on the set of Columbia Pictures’ FATHER STU.

NEXT: ‘Uncharted’ Star Mark Wahlberg Reveals He Moved From California To Nevada “To Be Able To Give My Kids A Better Life”