Netflix released their official trailer for the upcoming German production of All Quiet on the Western Front. 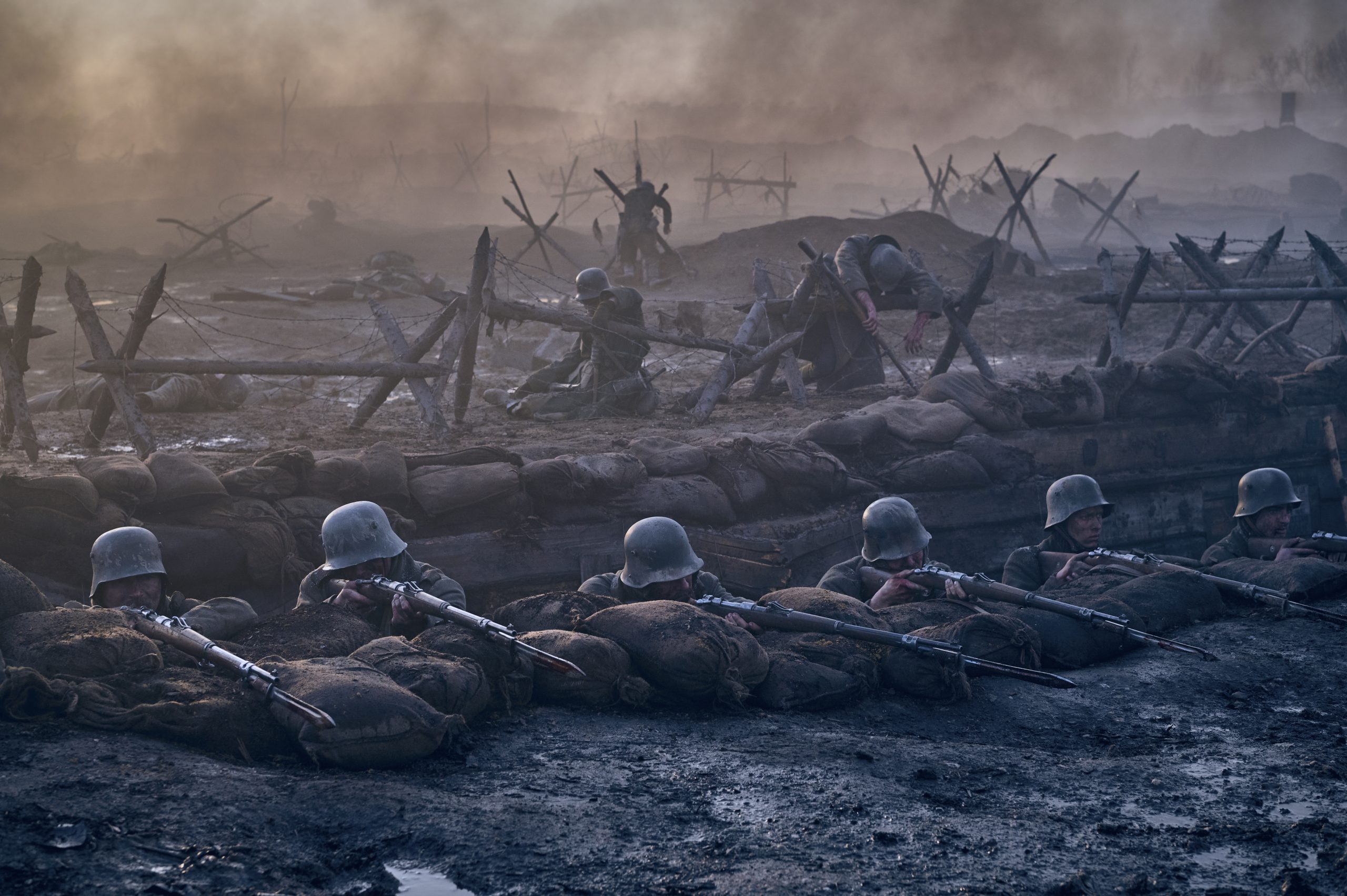 If you are unfamiliar with All Quiet on the Western Front, it was originally a novel written by Erich Maria Remarque, a German World War I veteran. The novel follows the story of Paul Bäumer, who goes to the Western Front.

In the book’s introduction Remarque wrote, “This book is to be neither an accusation nor a confession, and least of all an adventure, for death is not an adventure to those who stand face to face with it. It will try simply to tell of a generation of men who, even though they may have escaped its shells, were destroyed by the war.” 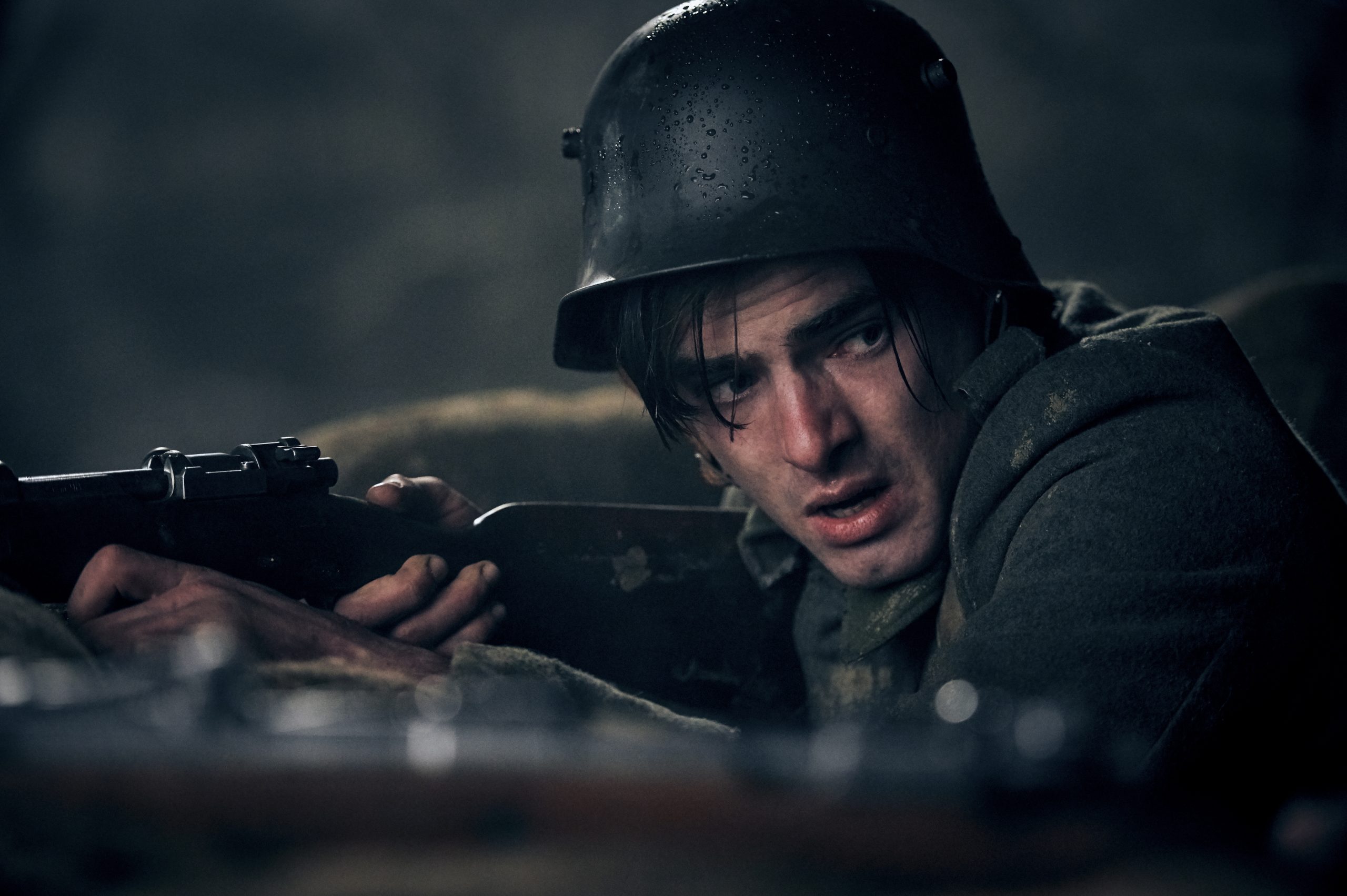 The novel was previously adapted into a film in 1930 by director Lewis Milestone and starred Louis Wolheim, Lew Ayres, John Wray, Arnold Lucy, and Ben Alexander.

A 1979 television film was also created by CBS Television and Delbert Mann. It starred Richard Thomas and Ernest Borgnine.

This new film is a German production. It is directed by Edward Berger and was written by Berger, Lesley Paterson, and Ian Stokell. It stars Felix Kammerer as Paul Bäumer, Albrecht Schuch as Stanislaus ‘Kat’ Katcizinsky, Aaron Hilmer as Albert Kropp, Mortiz Klaus as Franz Müller, Edin Hasanovic as Tjaden Stackfleet, Adrian Grünewald as Ludwig Behm. 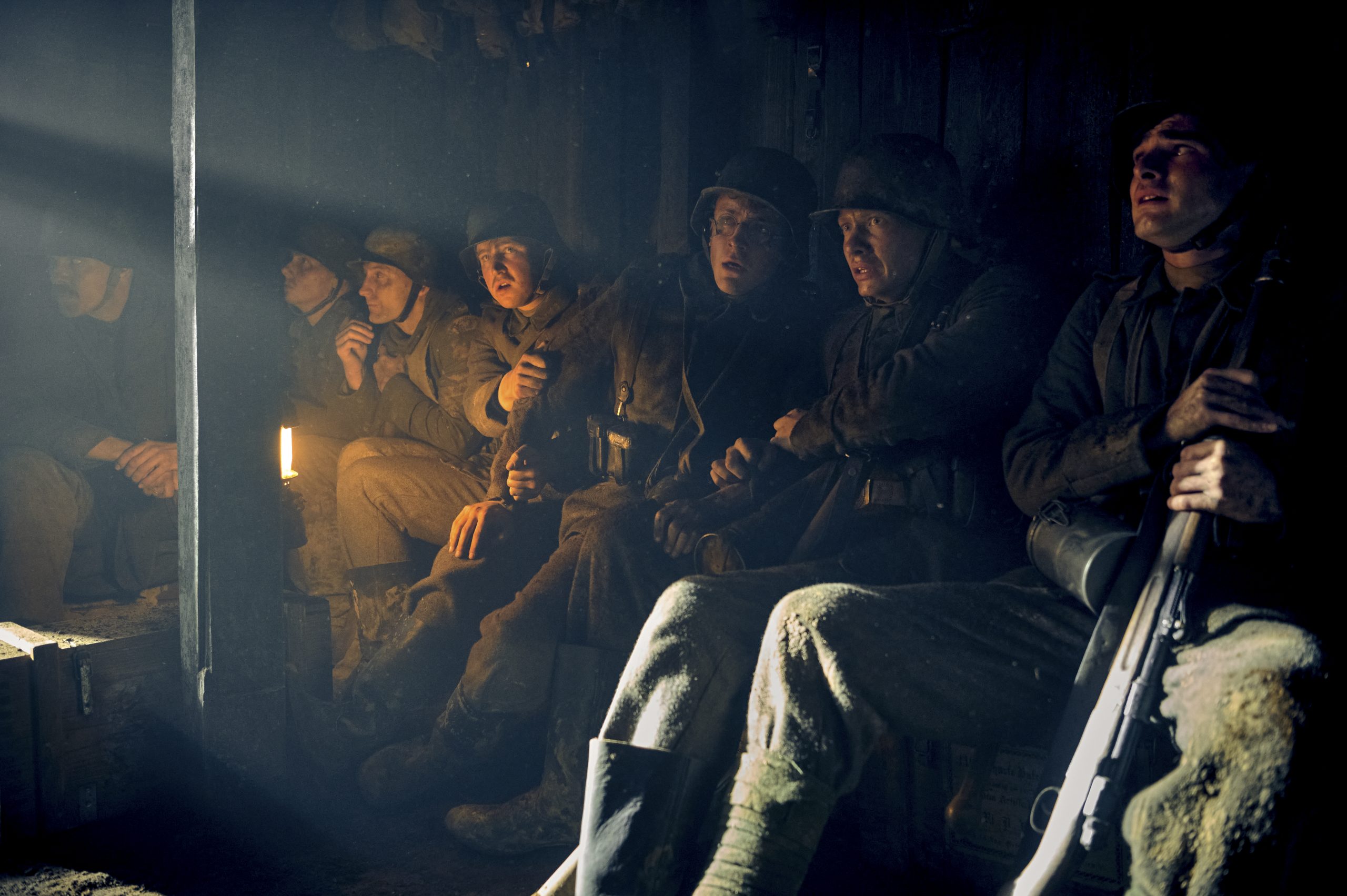 The official synopsis for the film states, “All Quiet on the Western Front tells the gripping story of a young German soldier on the Western Front of World War I. Paul and his comrades
experience first-hand how the initial euphoria of war turns into desperation and fear as they fight for their lives, and each other, in the trenches. The film from director Edward Berger is based on the world-renowned bestseller of the same name by Erich Maria Remarque.”

Producer Malte Grunert stated he wanted the film to be as authentic as possible. He said, “We wanted to be historically authentic at all times. Especially if you decide not to paint your war story as a trial of heroes but rather to actually make a movie about war, authenticity is paramount. Of course, Remarque’s novel is a fictional work with invented characters, but it is written based on his own experience on the Western Front in the First World War.”

He continued, “In all areas, from the production design by Christian M. Goldbeck to the costume design by Lisy Christl, from weapons to props, we were always seeking historical advice. Where we show events with real historical figures, they have also been cross-referenced, checked and portrayed with a view to accuracy.” 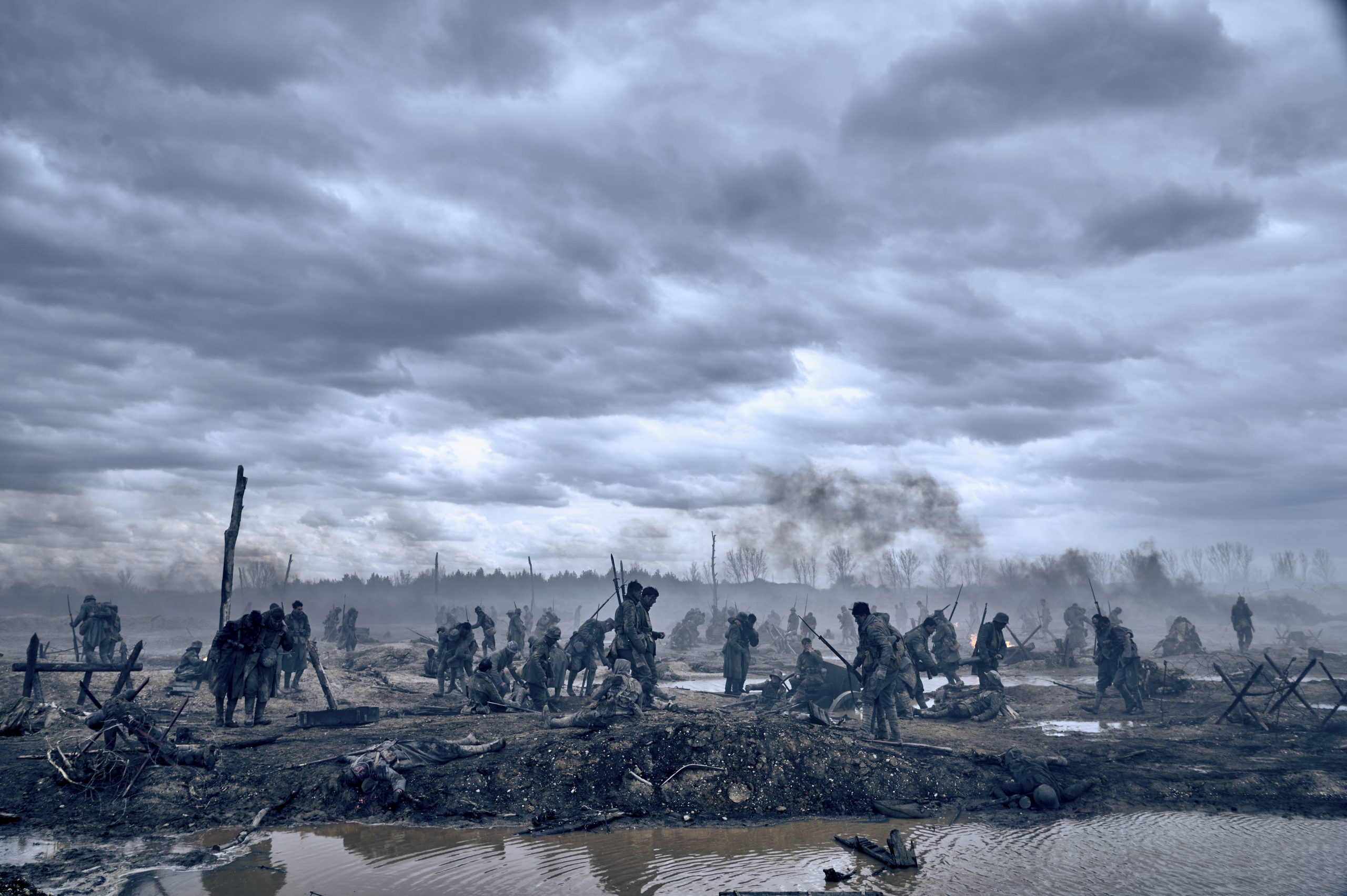 “This was never a burden. It was an important guiding principle,” he asserted. “I can also tell you about conversations on the set with Albrecht Schuch and Felix Kammerer, who said that it was different for them as actors to wear boots with no poppers. It’s not something you notice on the screen because it’s not at all visible. But as Lisy Christl said, ‘If they didn’t have something back then, then we won’t have it either.’ Putting the uniforms on and removing them was complicated. And when they get wet, they are very, very heavy. The actors had to experience that exactly the same way.”

“The production design was similar. Of course, we didn’t reconstruct the frontline exactly one-to-one, but instead created the battlefield and the trenches in a way that was ideal for our Director of Photography James Friend and his team. Christian M. Goldbeck and his team, however, were closely focused on what it really looked like and really felt like. This went so far that we did research as to which regiments actually came from Westphalia and which numbers they wore, because our boys came from Westphalia. We were meticulous. It didn’t necessarily make life easier for us, but it is an important reference. If you decide to do something correctly, there is only one right way,” he concluded. 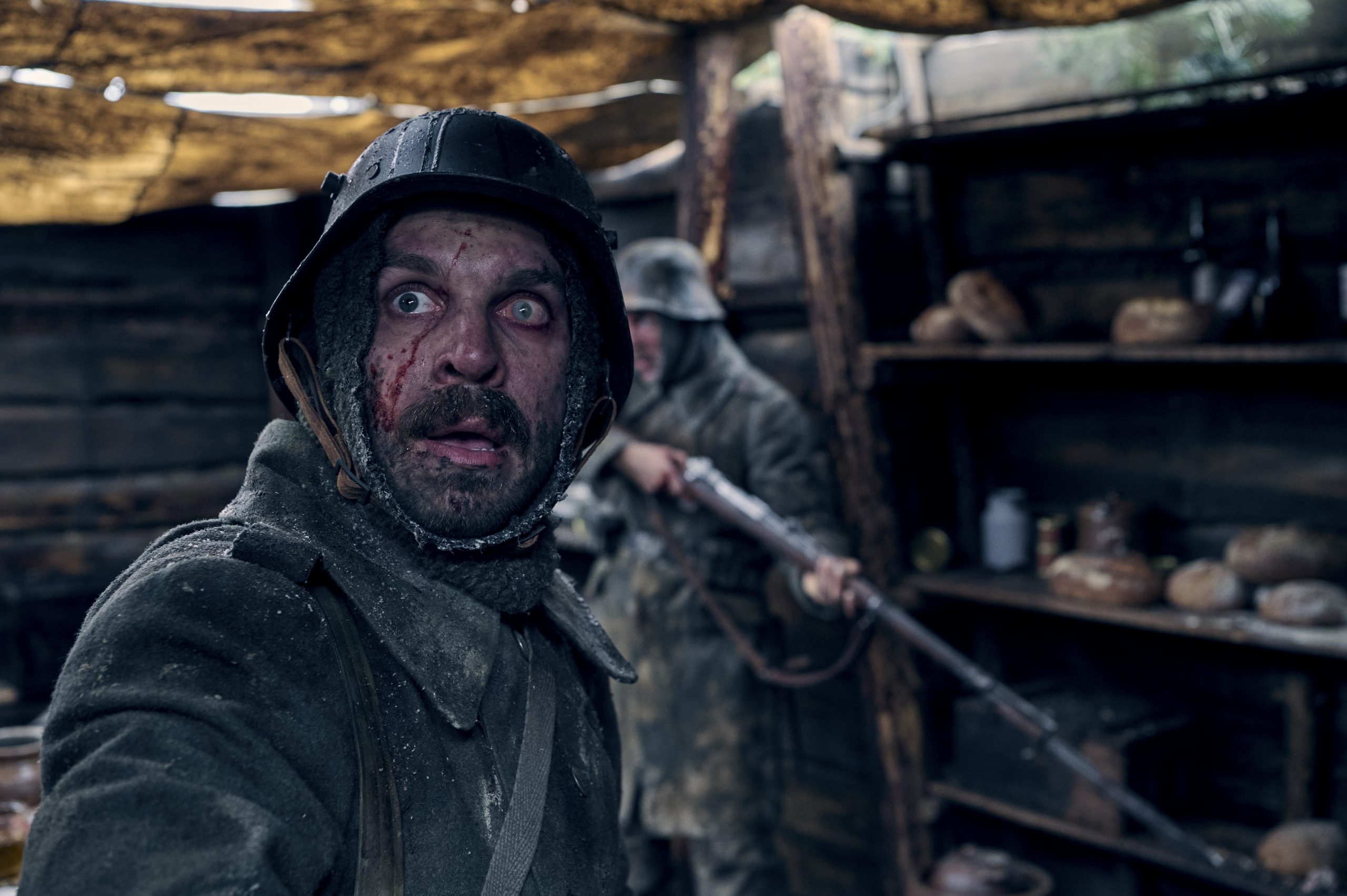 Director Edward Berger also discussed his intention behind the movie saying, “Primarily, I wanted to make a movie that wasn’t preachy or sentimental. Any director who seriously addresses the topic of war will probably always have the noble intention of making a movie that speaks out against war.”

“When Malte promised me the adaptation of All Quiet on the Western Front, I thought, ‘What a great opportunity!’ Of course, firstly, because the book is world-famous. But above all because I have always had the sense that one feeling will be with us for our whole lifetimes: the feeling of being heir to two wars.”

He elaborated, “In most cases, American or British war movies cannot help but find a positive side in their stories. Travelling on the tube in London in November, I see people wearing poppies in remembrance of the ceasefire. The soldiers returned home after the war and were celebrated as heroes in Trafalgar Square. We’re familiar with similar images from America, in Times Square where people fell into each other’s arms. America was dragged into the war against its will and freed Europe from fascism. That does something to a country’s psyche. War is automatically associated with heroism. 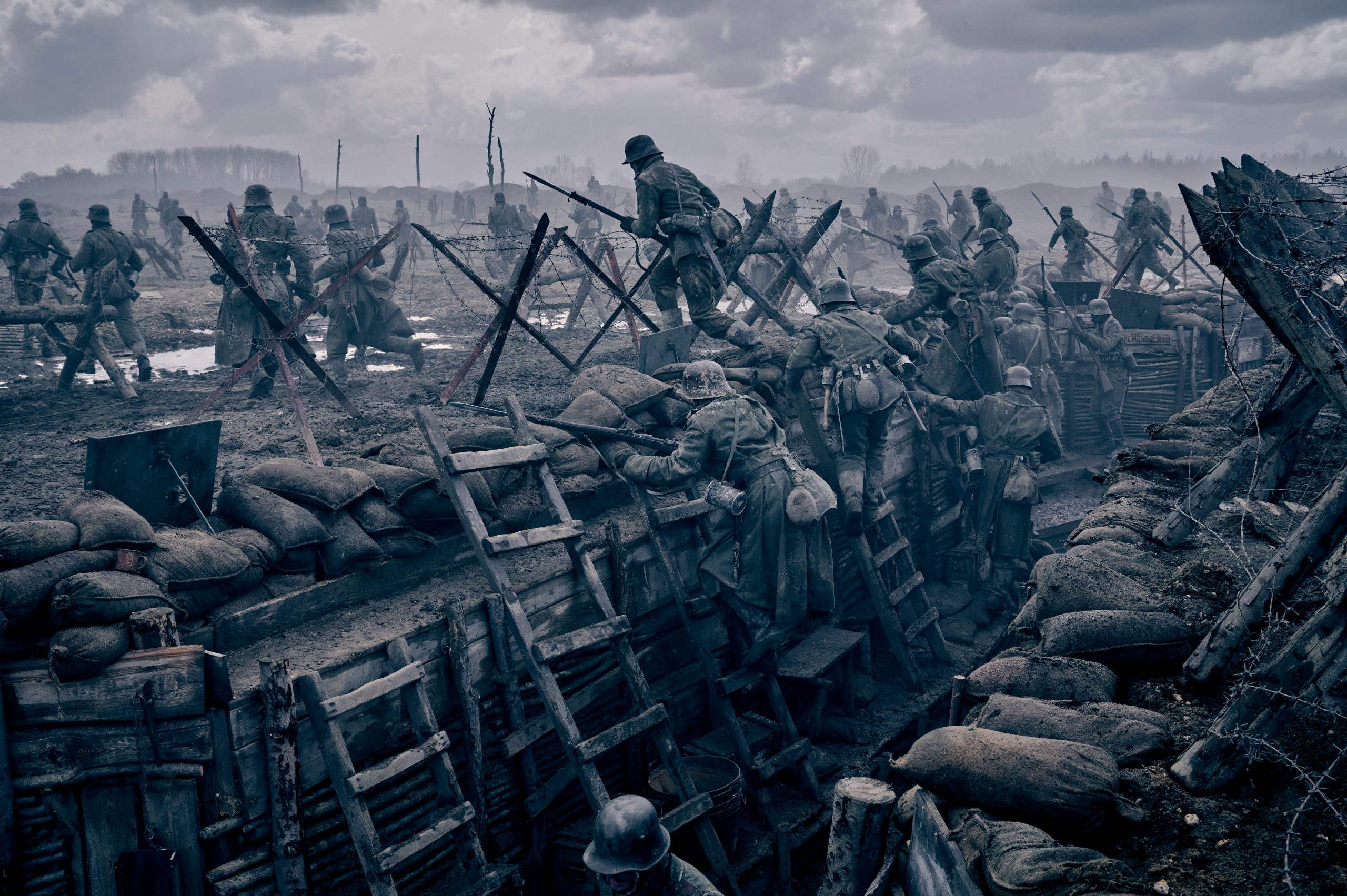 “Of course, it was also horrifying and resulted in terrible losses for these countries, no doubt. But it was an experience with a successful outcome and these days, when an American or British director portrays war in a movie, this feeling sort of permeates on its own accord. Contrary to this, it was important to me to take on the German perspective. It’s a perspective which no longer exists in modern war movies because we usually lack the courage and the opportunities to show it. Our view of war is marked by grief and shame, sorrow and death, destruction and guilt. There is nothing positive or heroic,” he detailed.

“Every death, regardless of which side, is a death and is therefore simply horrific. It’s a person who died. I felt that making our history, background and attitude towards war the driving force behind the movie was a huge and fascinating challenge. And I thought it might be interesting to share this perspective from Germany with the world,” he concluded. 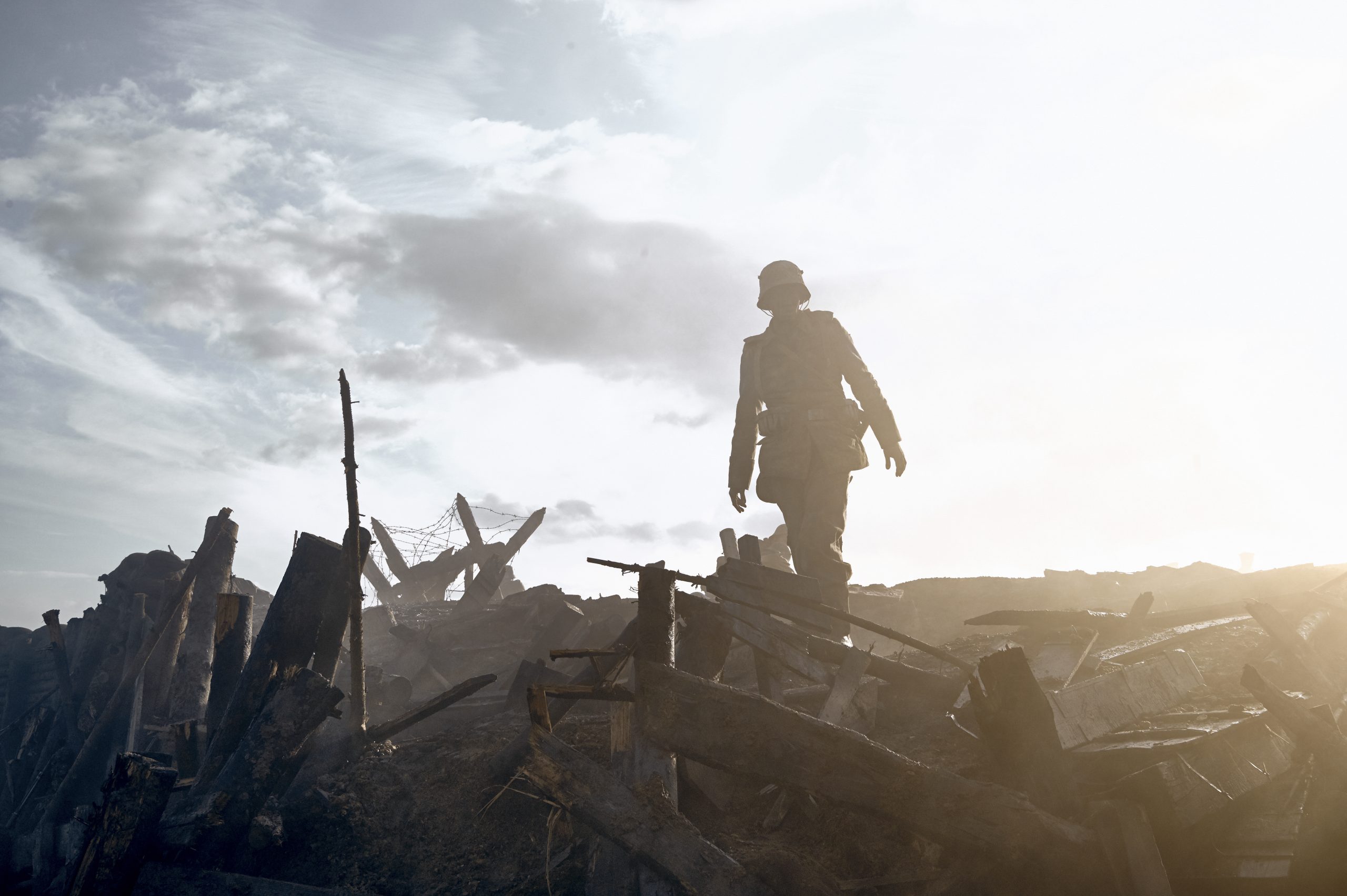 All Quiet on the Western Front arrives on Netflix on October 28th. It is currently being screened in select theaters in the United States.

What do you make of the trailer? Will you be checking this film out?

NEXT: The 10 Best Horror Movies To Watch This Halloween