Insufferably woke Hollywood actress Alyssa Milano is not happy with Elon Musk’s recent take over of Twitter – and she’s using her account to let the world know about it. 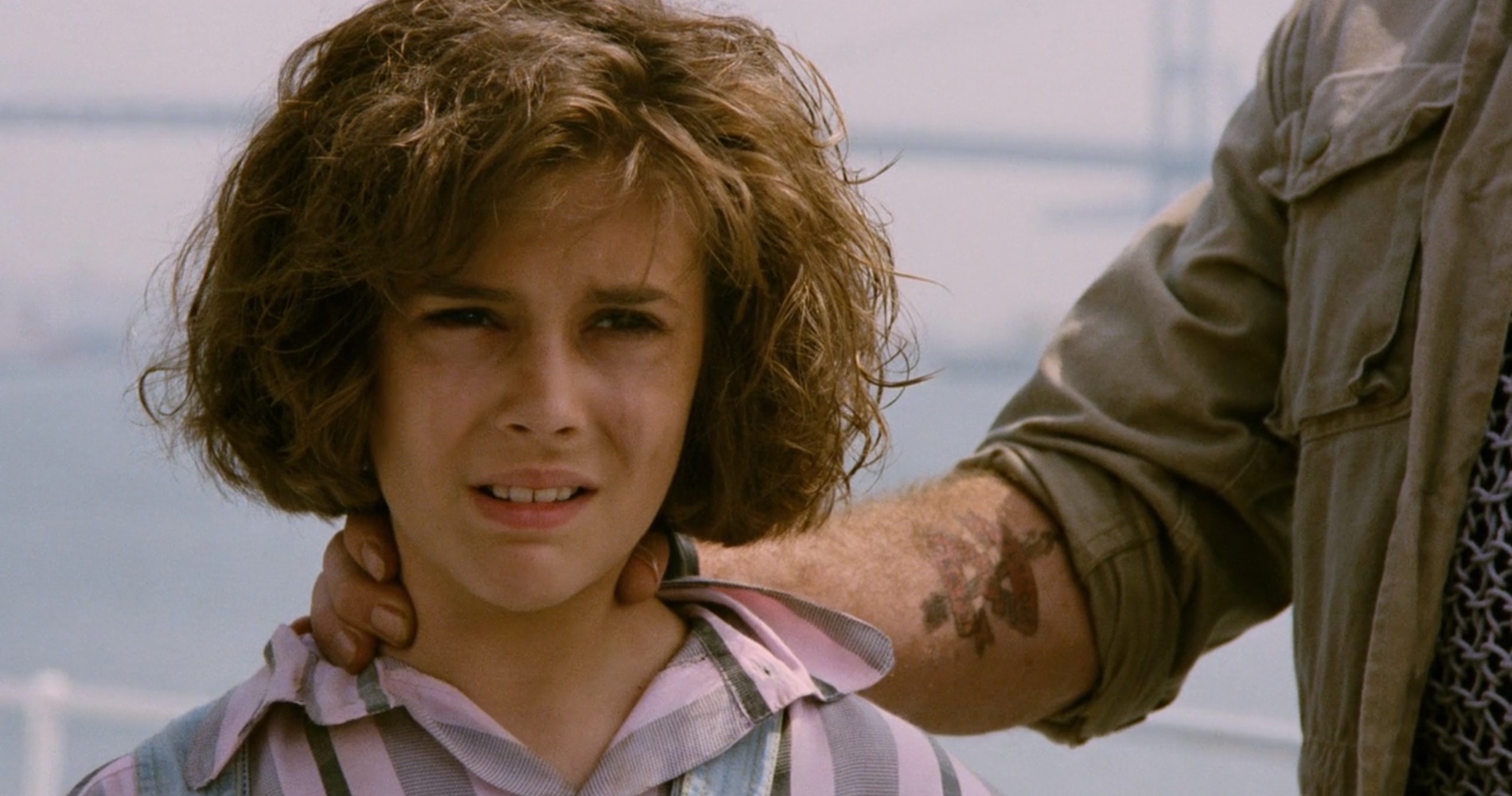 Ever since Musk took over Twitter, woke celebrities have been coming out of the woodwork to make outrageous statements accusing the Tesla CEO’s purchase of the platform of enabling every horrible action possible, from a general rise of vague white supremacy to the outright death of democracy across the world. 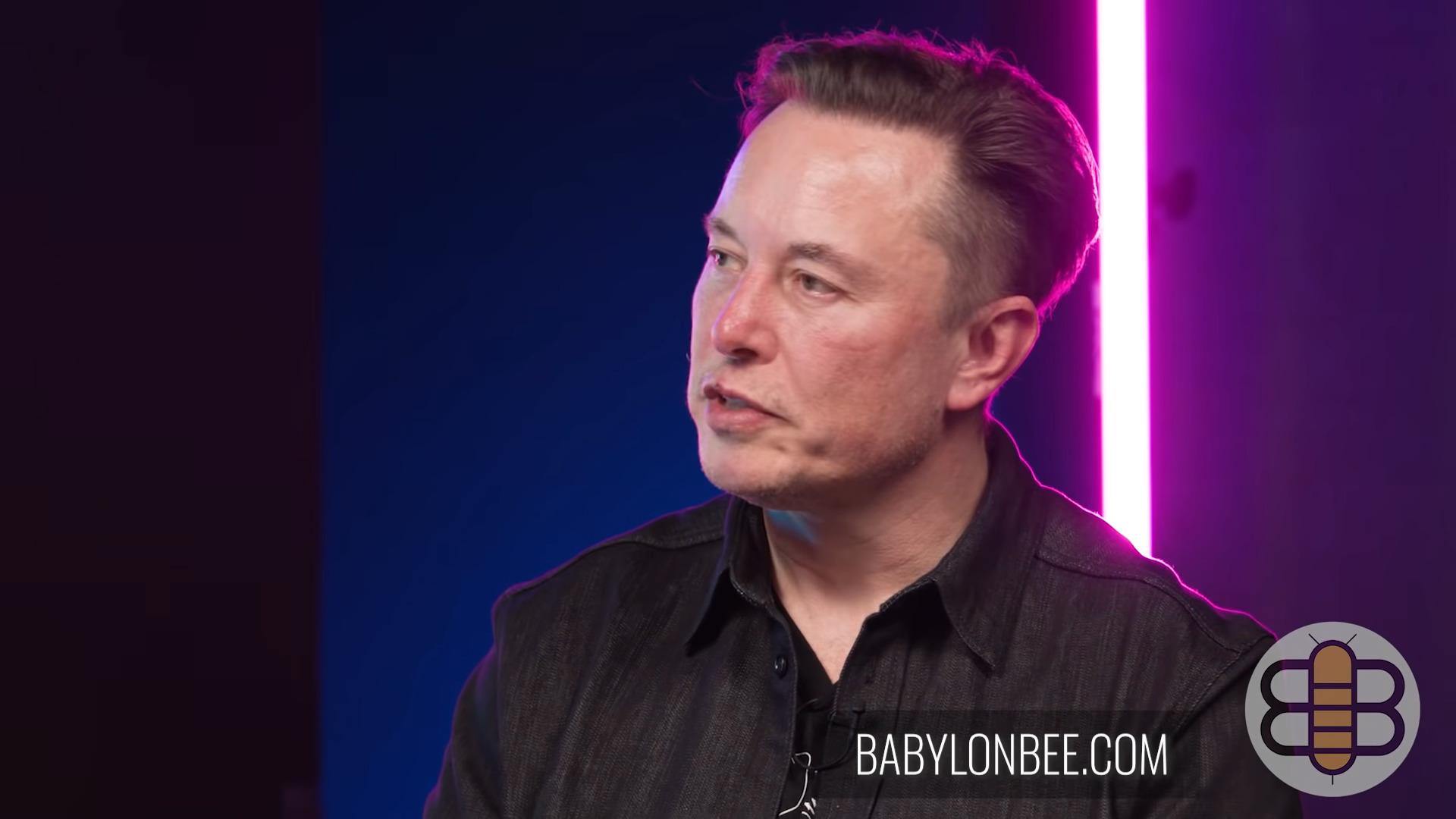 Hilariously, many of those who complained took their virtue signalling one step further by announcing that they would be protesting Elon’s ownership by giving away their Tesla – despite the fact that, at this point, they have already given Musk their money.

As of writing, none of those who issued such a declaration appear to have followed through – except, it seems, for the former Charmed actress. 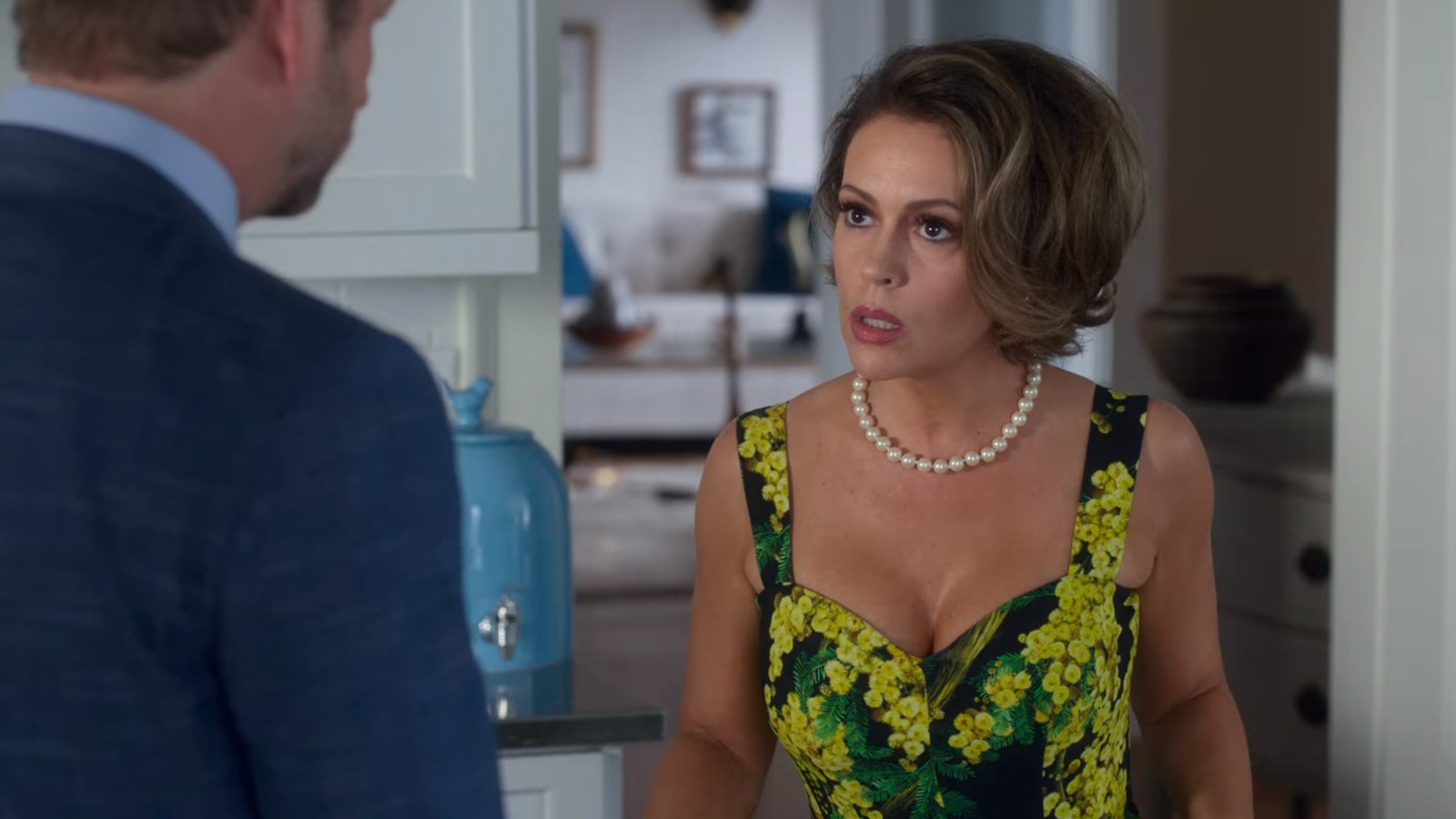 Taking to Twitter a month after the site’s ownership changed hands, Milano announced, “I gave back my Tesla. I bought the VW ev. I love it.”

“I’m not sure how advertisers can buy space on Twitter,” she continued. “Publicly traded company’s products being pushed in alignment with hate and white supremacy doesn’t seem to be a winning business model.” 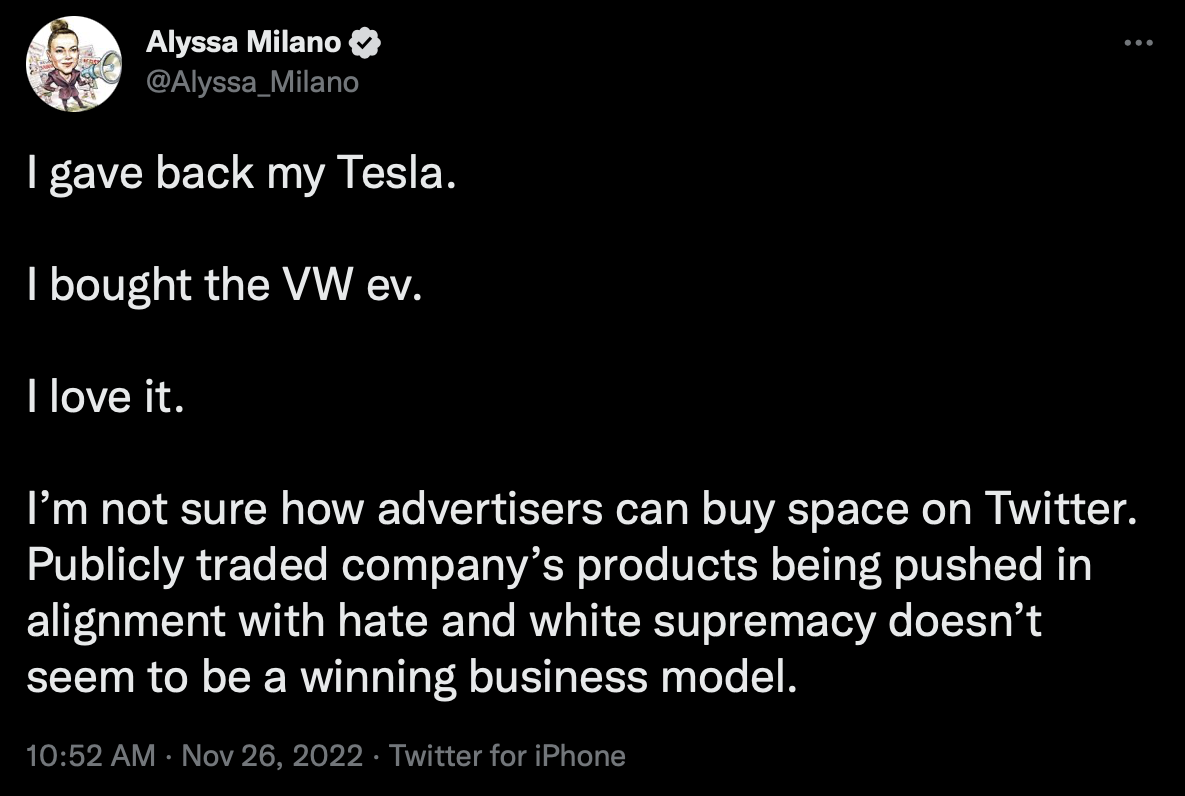 Milano’s seemingly unintentionally idiotic comment did not go unnoticed, as Twitter users were quick to not only point out how ironic her trade-in was considering how Volkswagen company was literally founded by Adolf Hitler and the Nazi party. 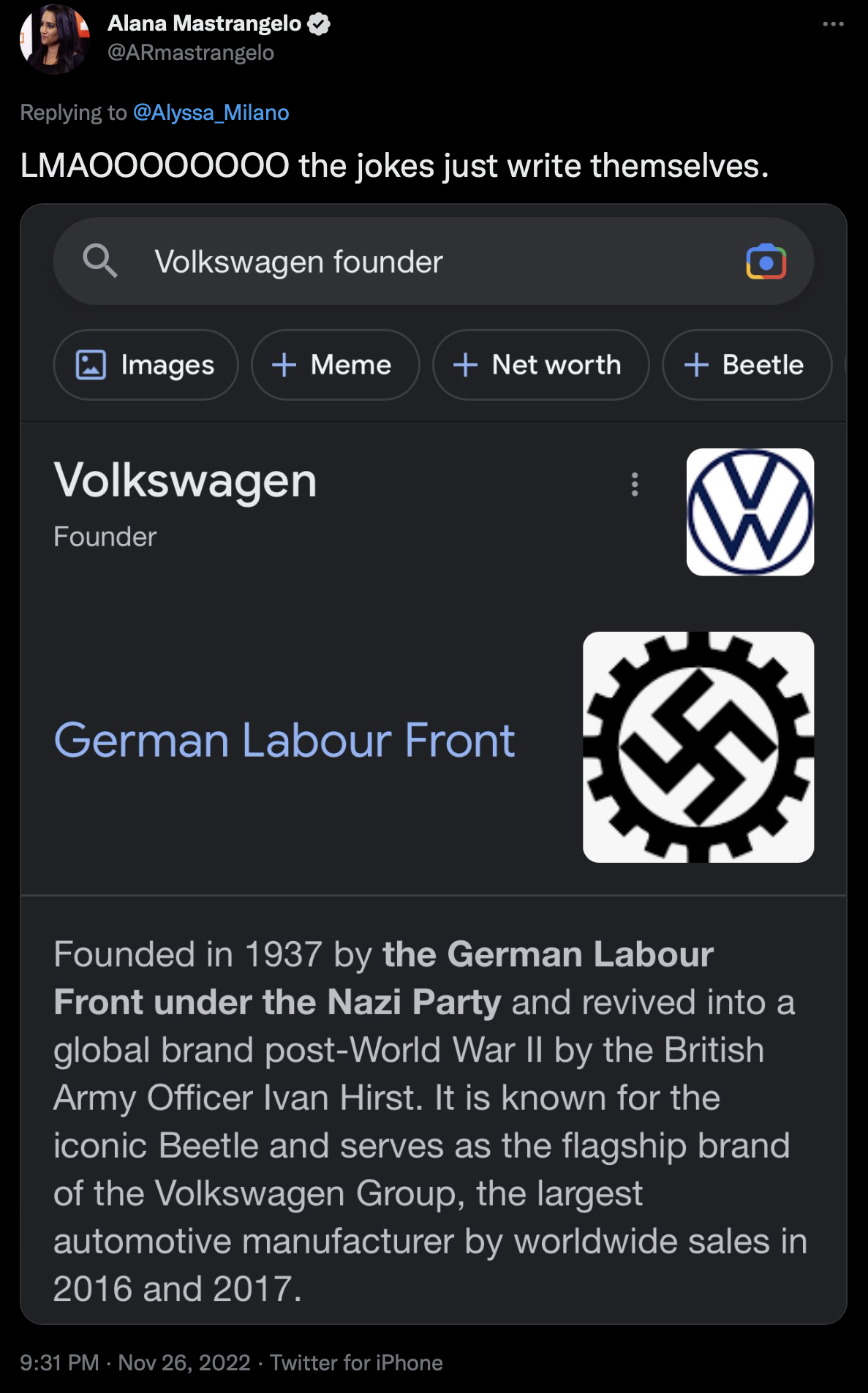 Conservative YouTubers Kevin and Keith Hodge, also known as the HodgeTwins, also pointed out that “Volkswagen was literally founded by the Nazi’s and Hitler.”

Adding insult to injury, the twins’ tweet would draw a reply from Musk himself, who expressed his sentiments by simply tweeting out the laughing and ‘100’ emojis.

“You are truly shameless in your prideful ignorance,” decried psychologist Gad Saad. “Do you know the history of VW?”

“What is it that you find so objectionable about @elonmusk[Elon Musk]?,” he asked. “You don’t think Twitter should be an open platform for the free exhange of ideas? Enunciate why the disdain for Elon clearly.” 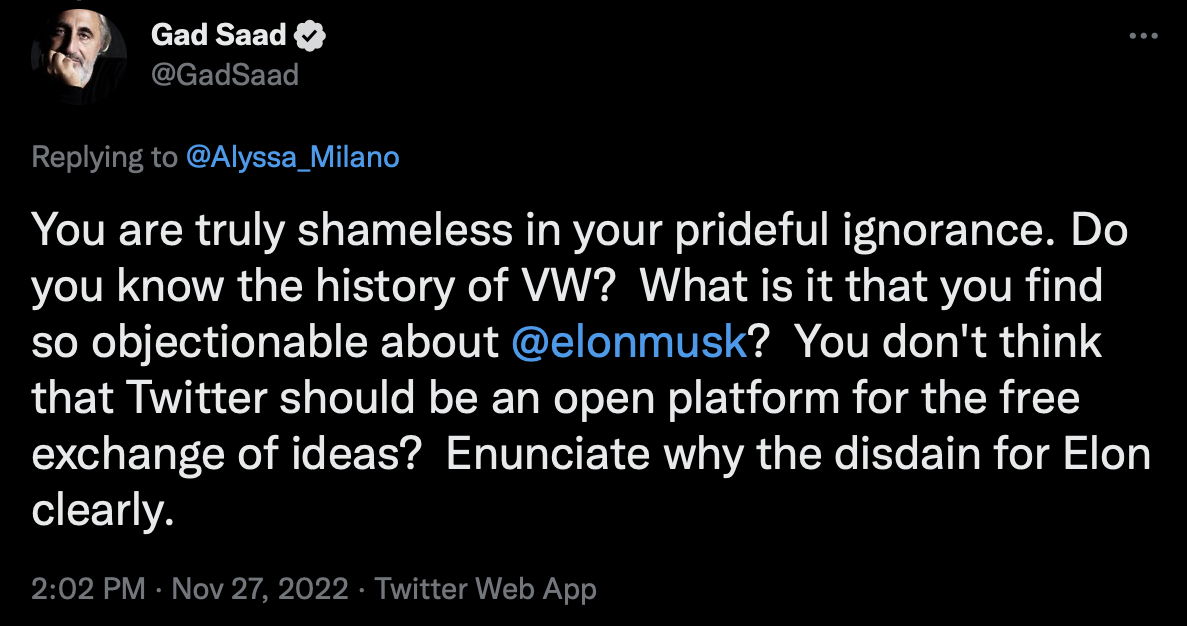 Offering the actress a less expensive method of protest, Gaad pressed, “Why don’t you leave Twitter if you find @elonmusk so objectionable?”

“Engage in a costly signal rather than empty vacuous virtuous signalling,” he added.

“How is this not a leftist parody account,” wondered aloud Newsmax contributor and and Senior Advisor and Counsel for former president Donald Trump Jenna Ellis.

Making reference to a post from May 2020 in which the actress was seen wearing a crocheted facial mask, political comedian and Washington Times columnist Tim Young proposed, “Alyssa Milano might be the dumbest leftist cult member of them all.” 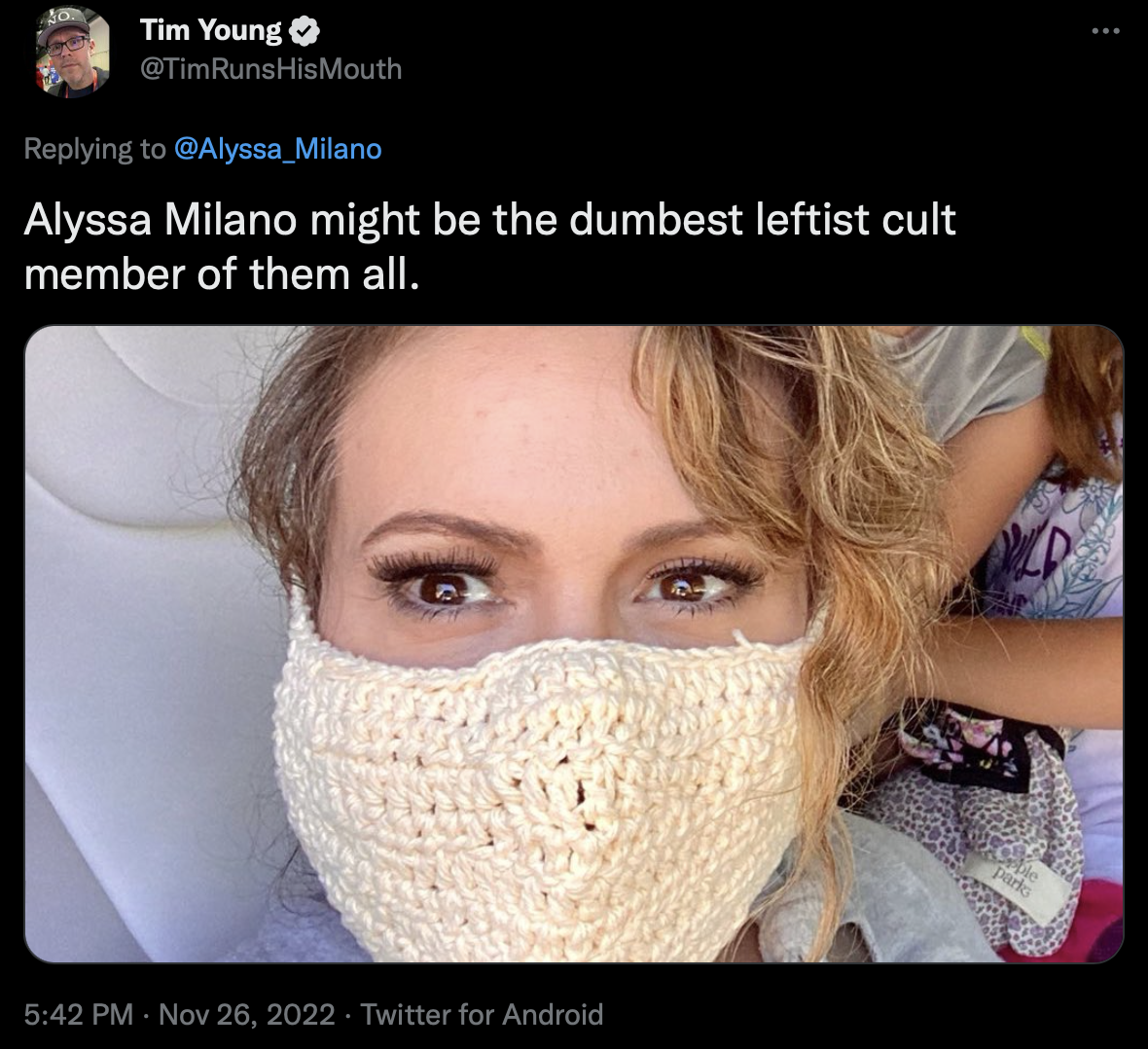 Providing a compilation of tweets which showed how the actress was once a fawning fan of Musk’s, Twitter user @stillunwoke17 cheekily noted, “Nice attempt at backpedaling but we all know your true feelings.”

Unable to defend her own stupid take on Elon Musk, the has-been actress responded to the backlash against her virtue signalling by taking to Instagram to highlight a tweet by Ben Jackson, producer of Milano’s very own Sorry Not Sorry podcast, which read “My first tweet in a week to say that VolksWagon[sic] became a global brand after WW2 when it’s New leader REJECTED Nazism. Tesla became a global brand and its CEO now wants to ENABLE Nazism. These are not the same.”

“This shouldn’t need to be said but here we are,” Milano captioned the post. 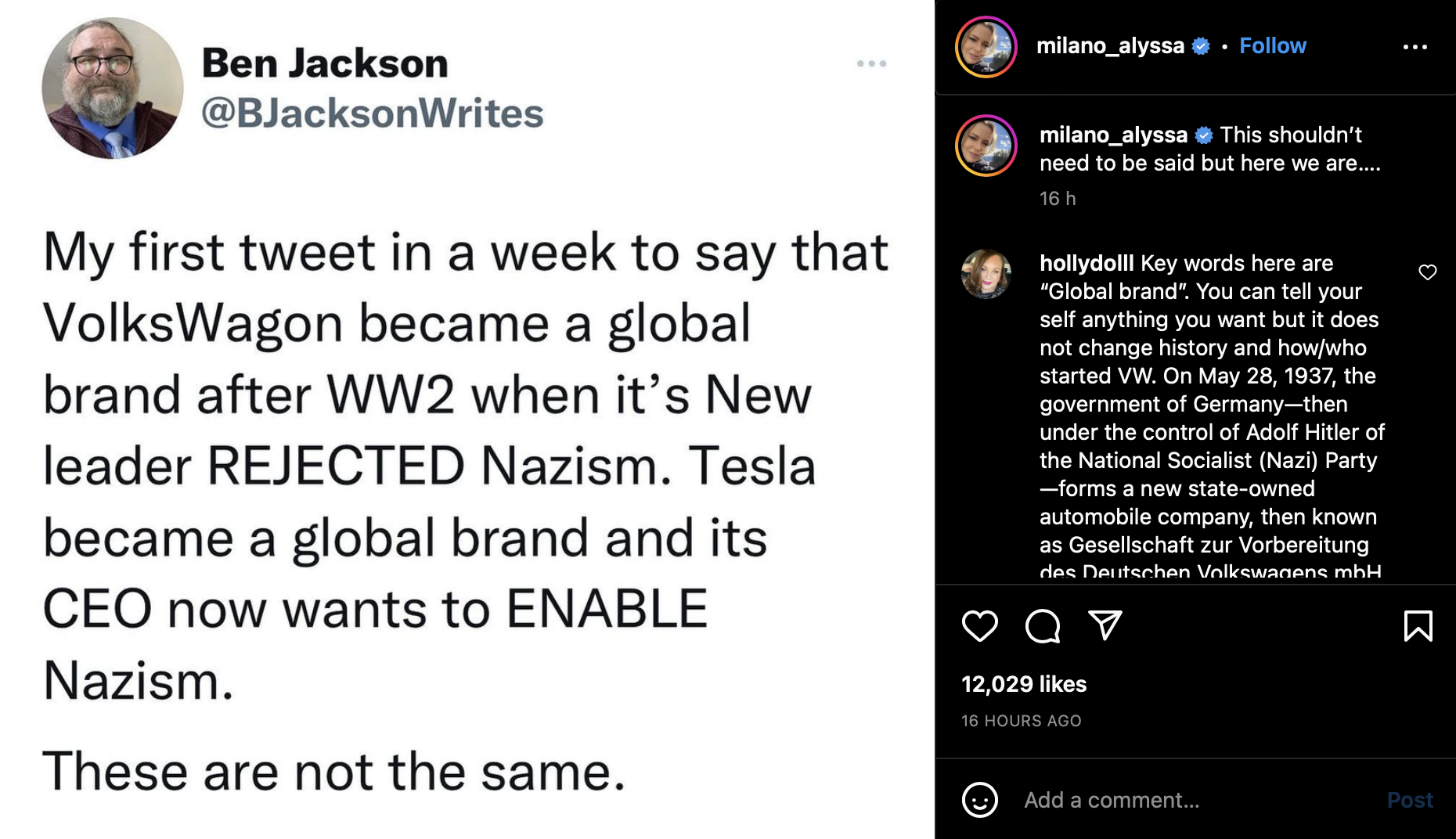 RELATED: Alyssa Milano Says Giving Birth Was “Very Reminiscent Of Being Sexually Assaulted,” Gets Called Out For Using “Birthing People” Instead Of Women

In a November 29th appearance on ABC’s The View, the actress attempted to further justify her decision by claiming that it was not Musk’s purchase of Twitter that led her to abandon his brand, but rather his being accused of sexual harassment by a SpaceX flight attendant earlier this year.

Asked by show co-host Joy Behar as to what made her change her mind on Musk, Milano asserted, “For me, speaking of [The #MeToo movement] when [Elon Musk] was accused of sexual misconduct and paid out $250,000 dollars to this person, I decided, like… I can’t live in that hypocrisy of driving that car when, you know, that happened.”

“But also I’m kind of like, I’m so annoyed with all of these billionaires — with the exception of a few — but especially Elon Musk, like, you buy Twitter to destroy it, for $40 billion dollars, right?” she added.

“Forty billion dollars!” Milano then decried. “Imagine if he donated that money to Unicef, he would change the world. There would be no hunger.” 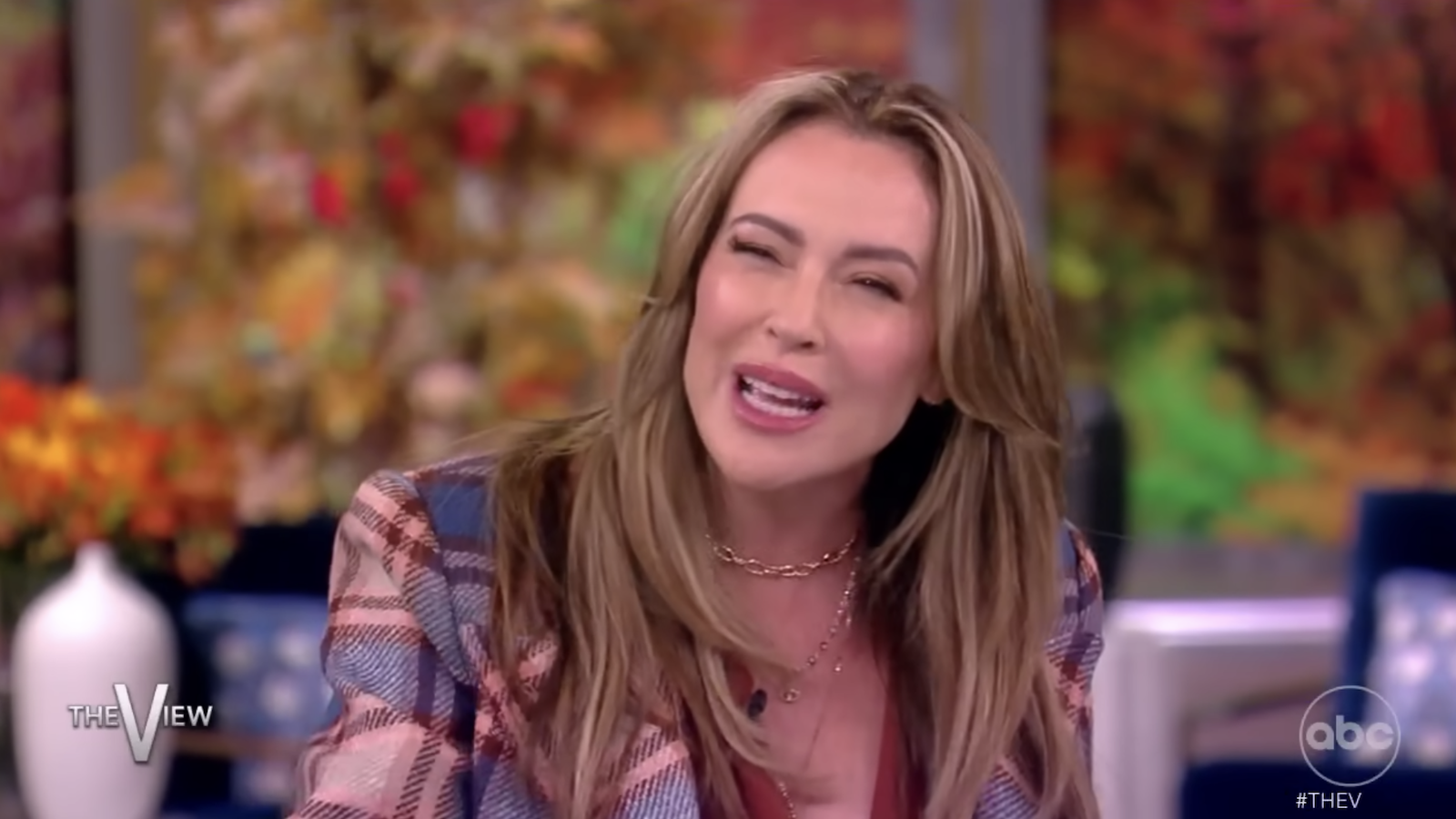 It is worth noting that, as Milano mentioned on The View, though he denies any such event ever took place, Musk did reportedly pay the sum of $250,000 dollars to his accuser severance agreement two years after the alleged event occurred.

As of writing, the full details of this exchange – including whether it was verifiably related to the alleged event – remain unknown. 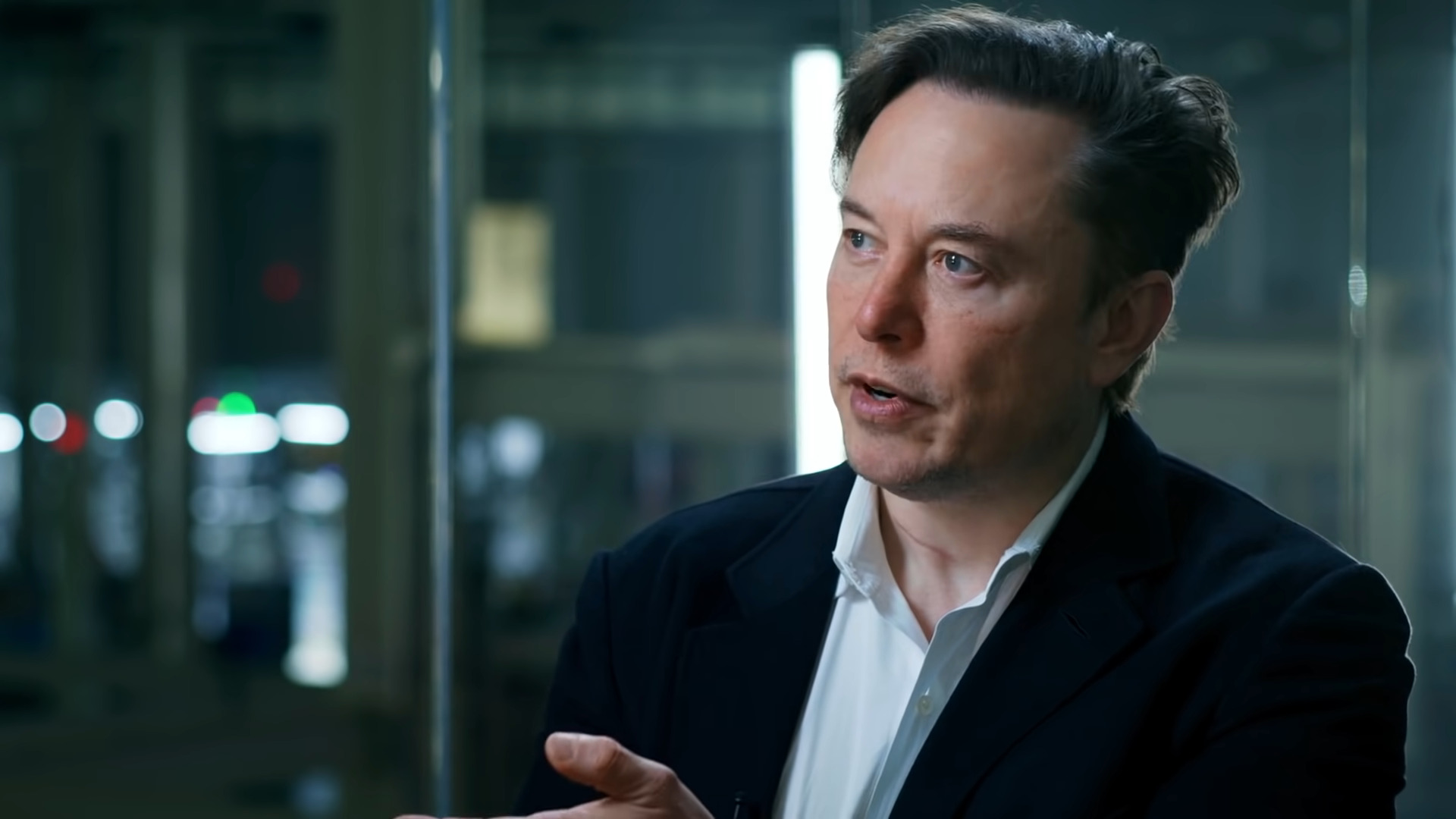 Interestingly, this accusation was leveled against Musk just as he had not only begun moving to acquire Twitter, but was also becoming increasingly vocal in his condemnation of the Democrat party’s general hypocrisy.

Given this timing, Musk accused the accusations of being part of a politically motivated smear campaign. 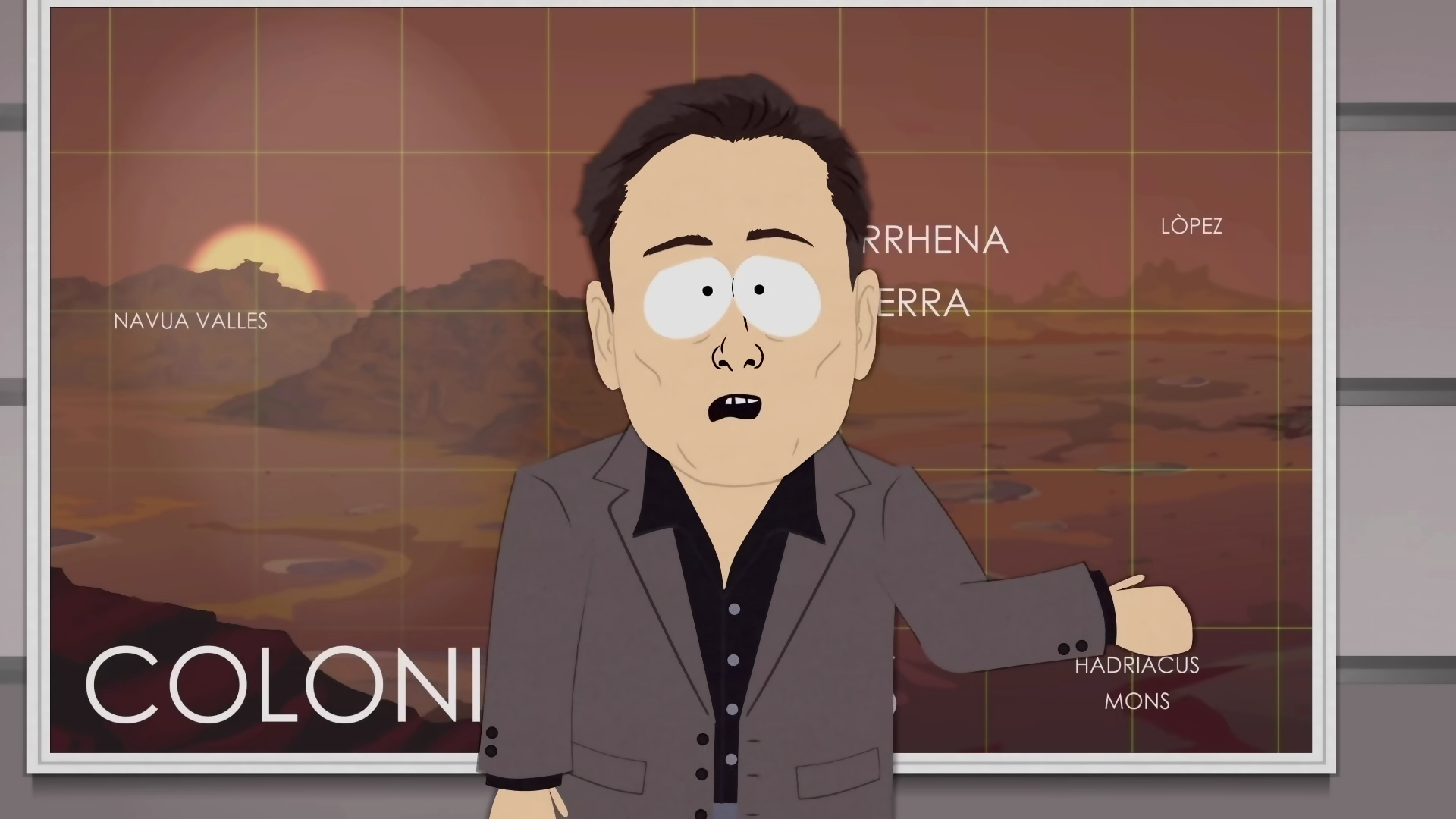 Elon Musk speaks with Eric Cartman (Trey Parker) about SpaceX’s plans to colonize Mars via South Park Season 20 Episode 10 “The End of Serialization as We Know It” (2016), Paramount via Blu-ray

“The attacks against me should be viewed through a political lens,” said the Tesla CEO on May 19th. “This is their standard (despicable) playbook – but nothing will deter me from fighting for a good future and your right to free speech.”