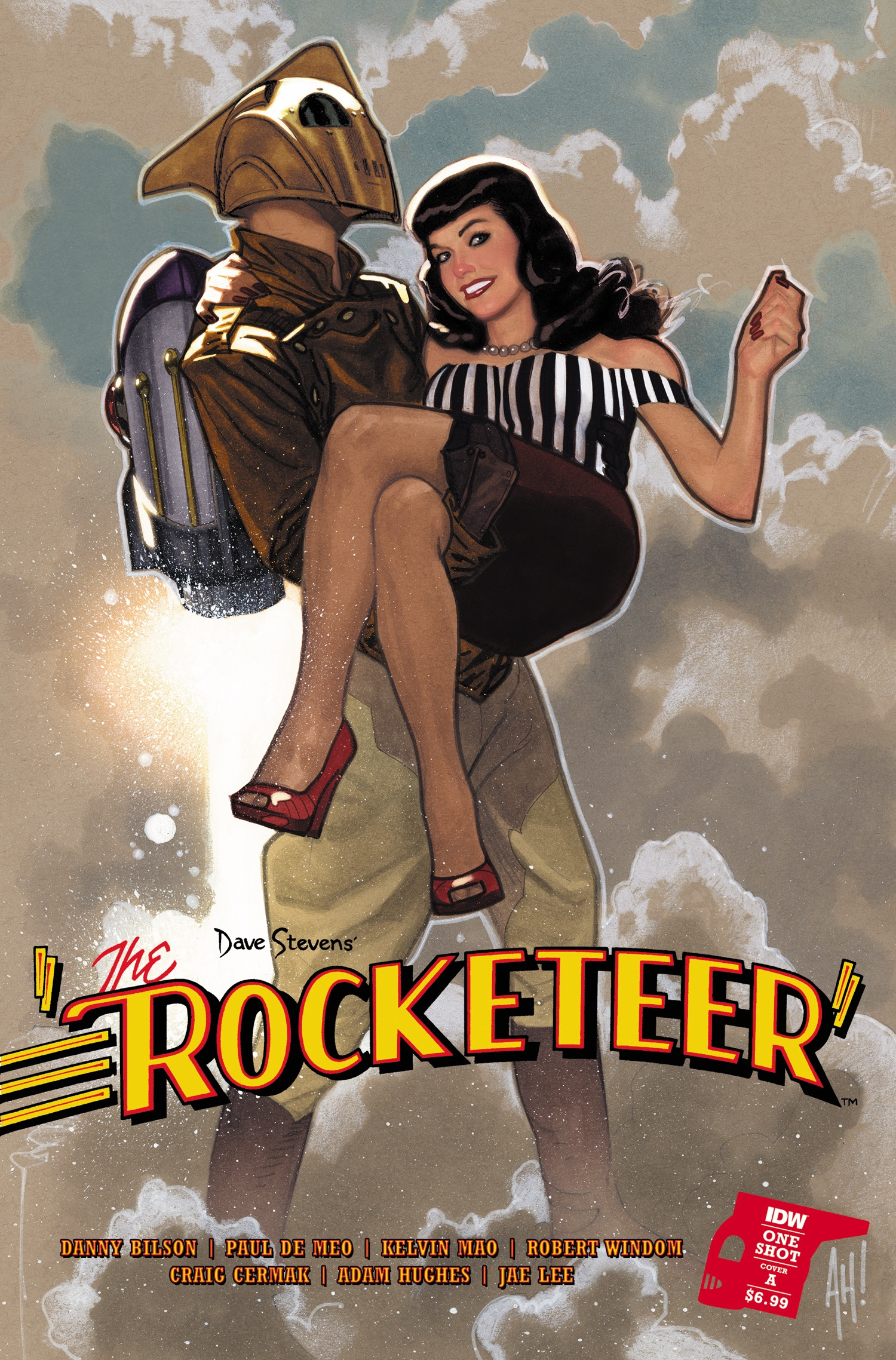 This new anthology, simply titled The Rocketeer, came about when it was discovered during the making of the documentary Dave Stevens: Drawn to Perfection that filmmaker Kelvin Mao found out that screenwriters Danny Bilson and Paul De Meo had written an unpublished Rocketeer comic book story featuring Amelia Earhart. The comic was previously available as perk for the Kickstarter for the documentary.

That eight-page story will now be published in this anthology following Mao and executive producer Robert Windom approaching artist Adam Hughes to illustrate it. 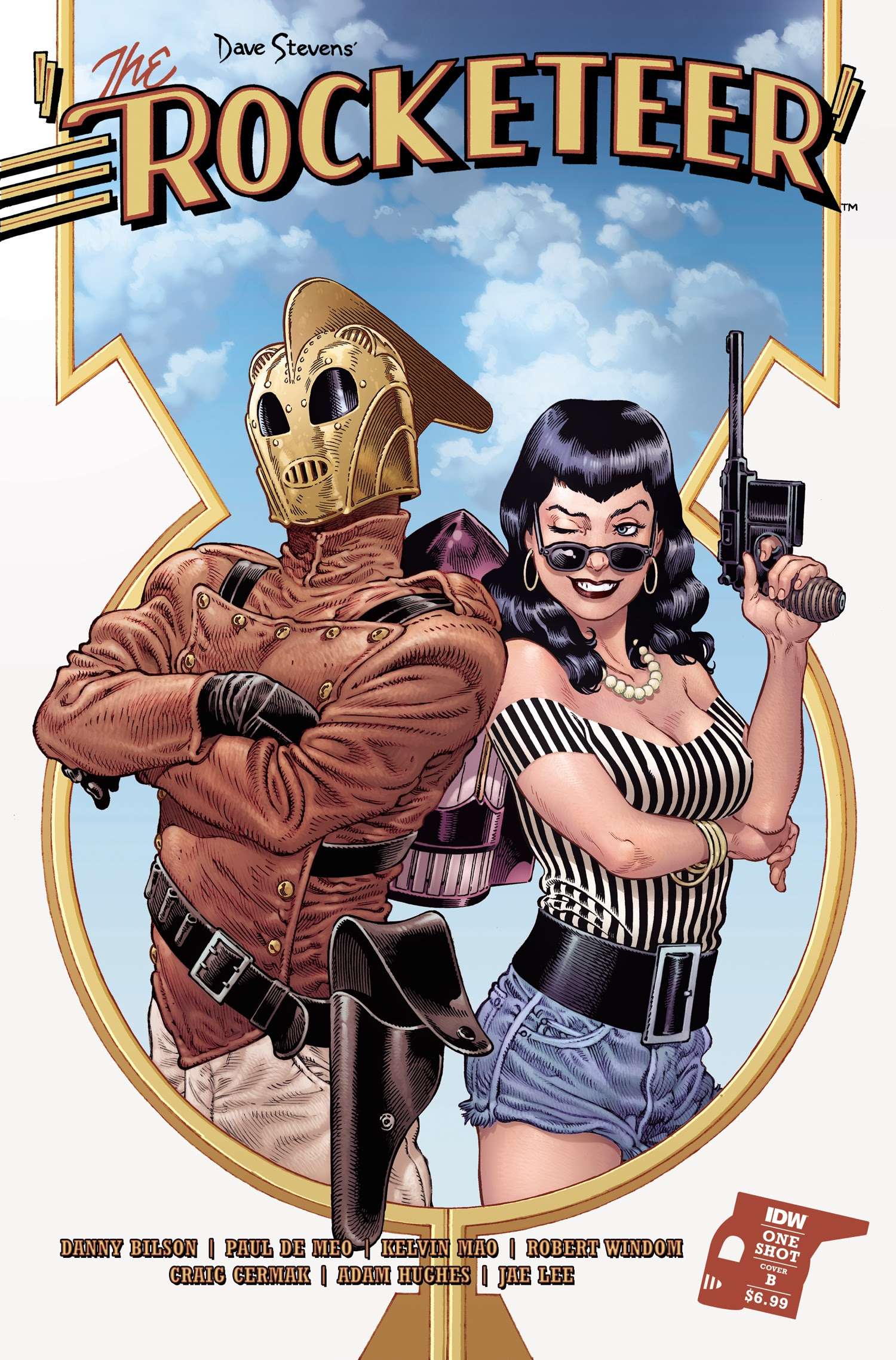 “The Amelia story was written by Paul and me as a tribute to Dave. Now it serves as a tribute to both of them,” says Bilson. “We’re very honored to have Adam bring it to life.”

Mao added, “What an amazing gift born out of making Dave Stevens: Drawn to Perfection! It’s been a singular privilege collaborating with some of Dave’s longtime pals on a bonafide Rocketeer comic.”

“The Rocketeer, my favorite flying hero, has got a dish of a girlfriend, an unnecessarily cool outfit, and great hair. You’d hate someone like that in real life, but as a comic book character, he’s aces!” says Hughes. 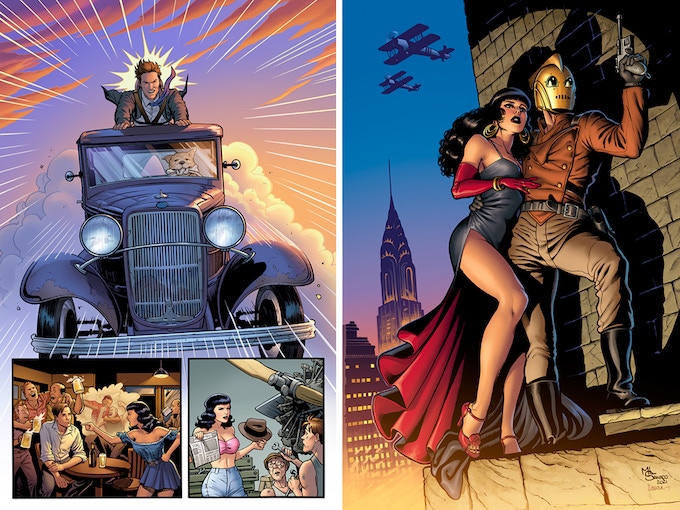 Alongside this eight-page previously unpublished story is a 12-page story documenting Cliff Secord’s date night with Betty. IDW details the date leads “to trouble with a vaguely familiar adventurer/archeologist.”

This 12-page story is written by Mao with artwork by Craig Cernak and colors by Laura Martin.

Finally, the anthology also includes a 4-page story showing The Rocketeer fighting a Japanese Zero in the South Pacific. This story is written by Robert Windom and drawn by Jae Lee with colors by June Chung.

The anthology will also include pinups by Phil Noto and Maria Laura Sanapo, and others. 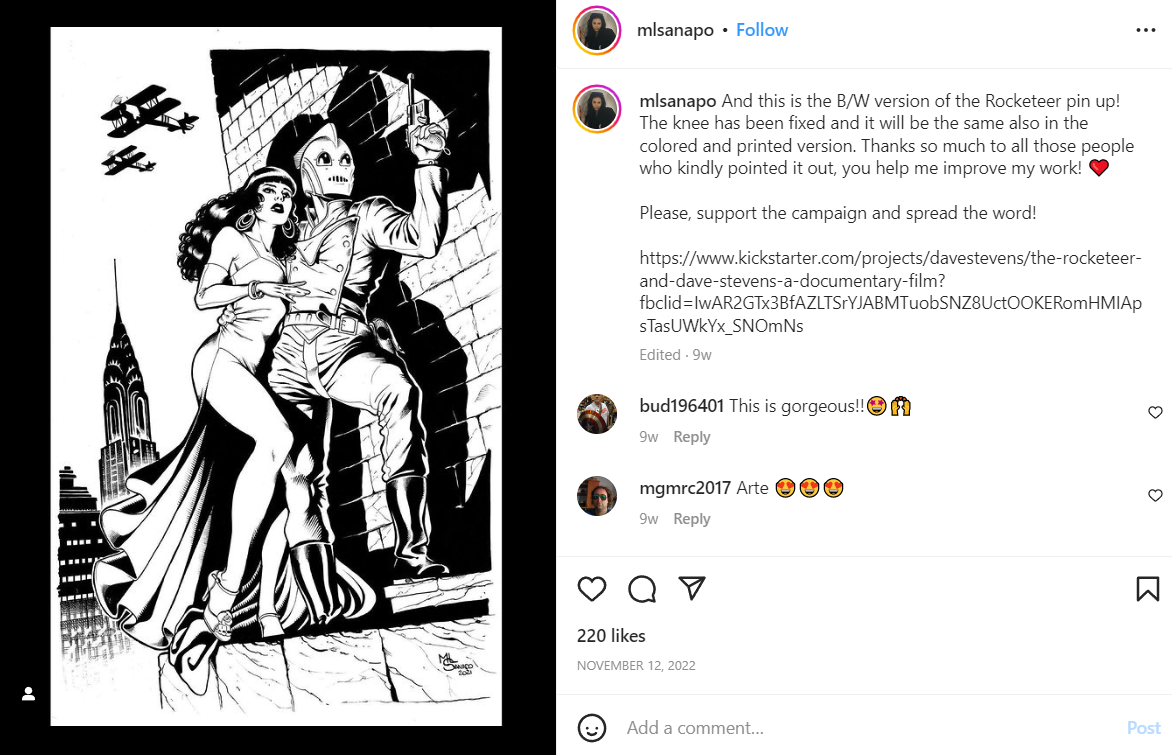 Windom teased his 4-page story saying, “The short story that Jae and I created is intended to be a dreamy contemplation on life and love, but with some great Rocketeer action and Betty, of course! Jae’s ethereal style is a perfect fit for it.”

Lee added, “It was a huge honor contributing art for this project. Dave Stevens has been an inspiration to me since I first saw his work. He’s captured the beauty of a time period that is forever golden.”

The book will be available to purchase in comic shops with a number of variant covers in May. Cover A is done by Adam Hughes with Cover B by Gabriel Rodriguez. They also announced there will be two retailer incentive “Full Art” variants of the Hughes and Rodriguez covers.

One of the variant covers will be done by Jae Lee, who shared it to Instagram. 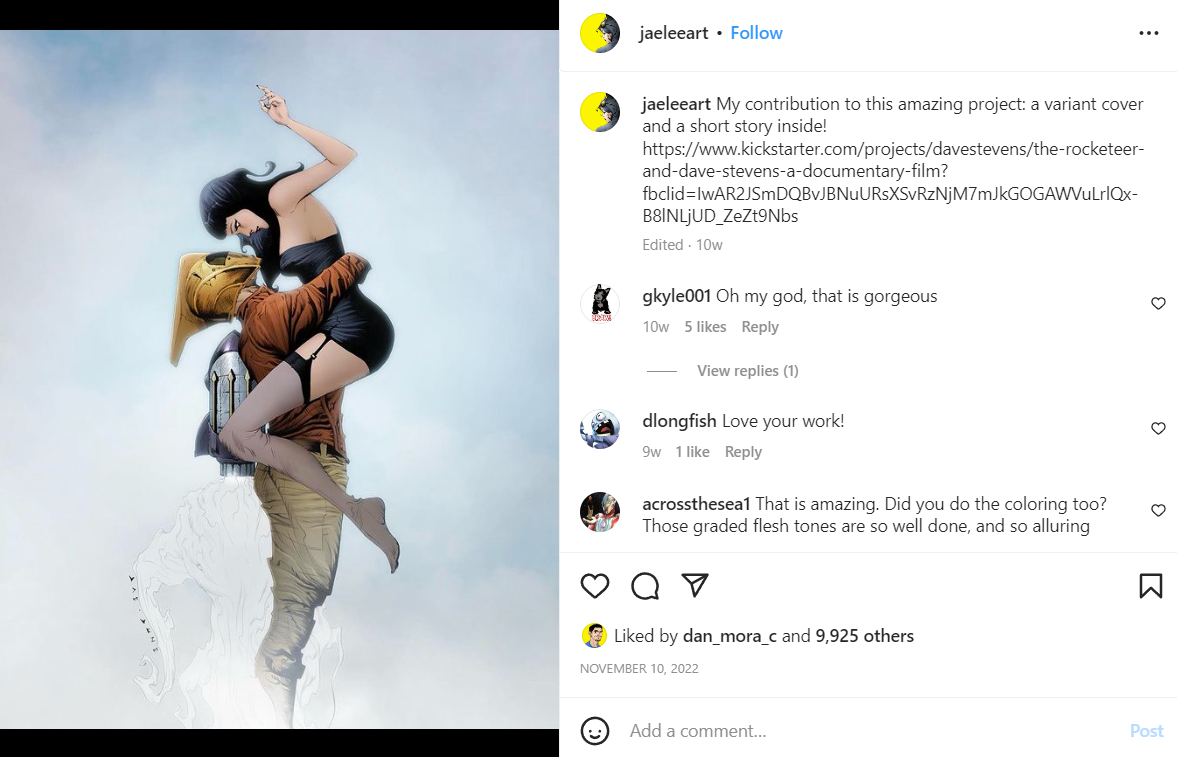 Do you plan on getting your hands on this new The Rocketeer one-shot anthology?